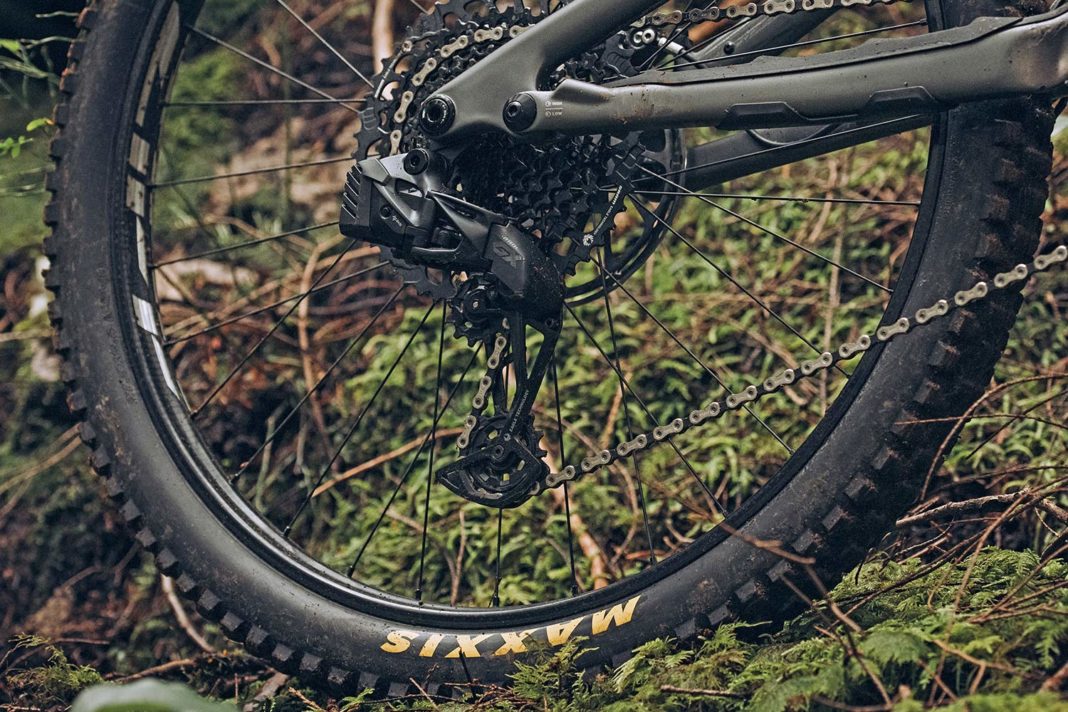 Under the tagline of “All Day AXS”, the new SRAM GX Eagle AXS rear derailleur and shifter bring wireless MTB drivetrains into reach for a lot more mountain bikers.

The beauty of a SRAM Eagle AXS groupset is in its simplicity. There are literally only two specific wireless components – the GX AXS rear derailleur and the GX AXS controller to shift it. 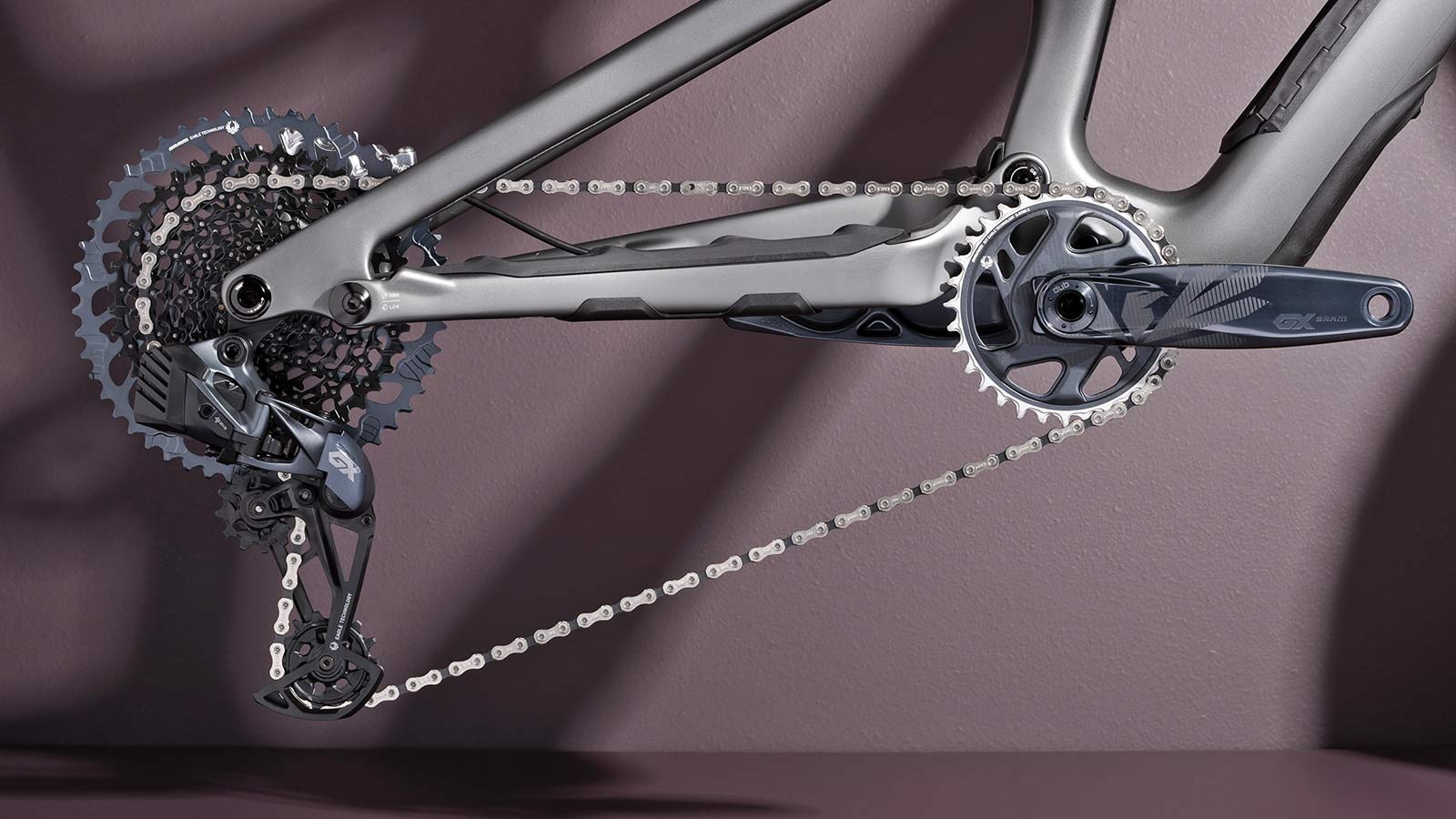 Cassette, crankset, and chain all remain the same, as does the cross-compatibility between Eagle and eTap/AXS parts. And, turns out, the performance, electronics, and technology all remain the same as the more expensive X01 and XX1 series, too. 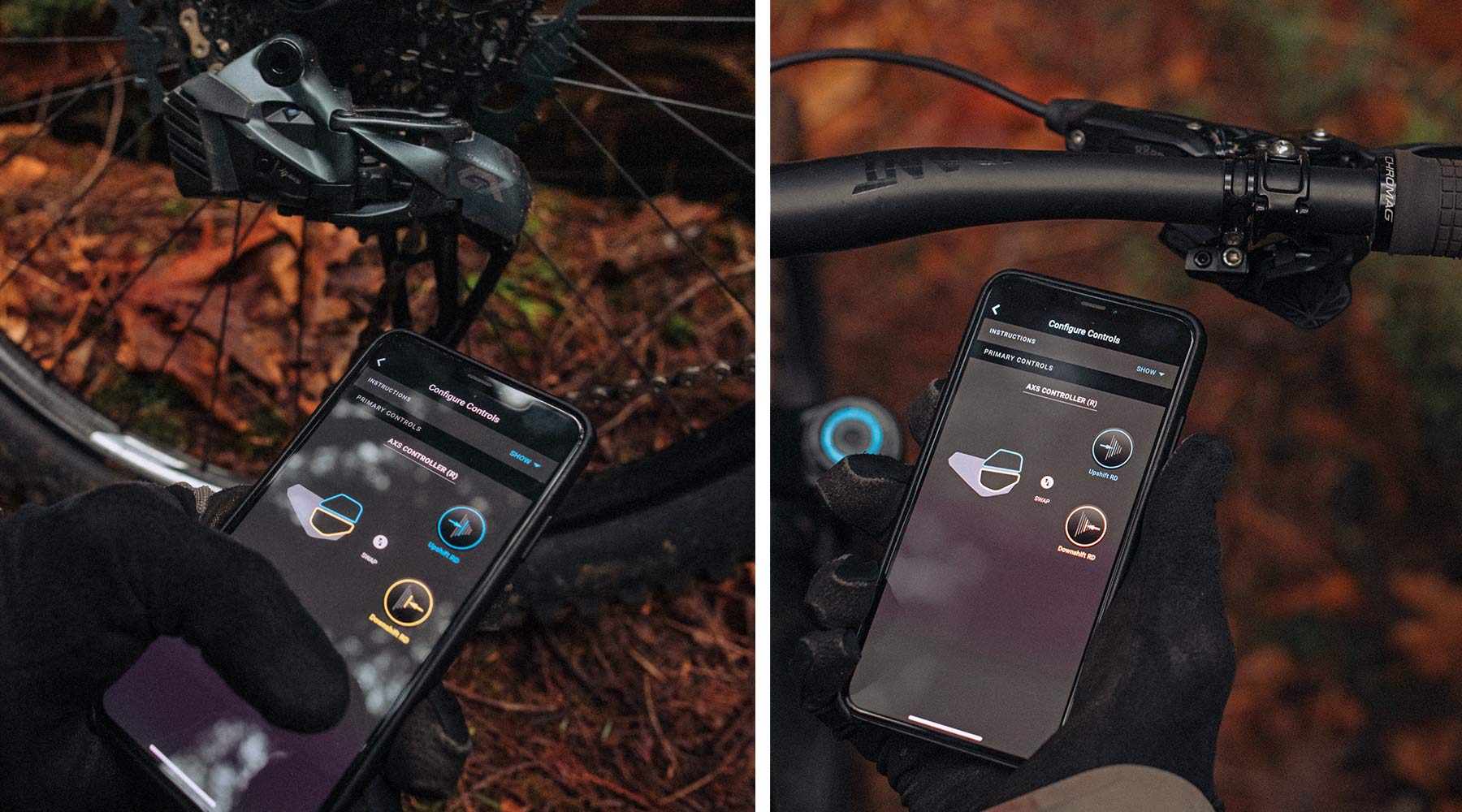 Setup is crazy simple. With no cables to run it’s as easy as bolting them on, then pairing derailleur to controller with two simple button pushes.

Then, if you want, pair them with your smartphone to customize their functionality in the AXS app. Using the app is optional, but it also adds data logging of your shift patterns. 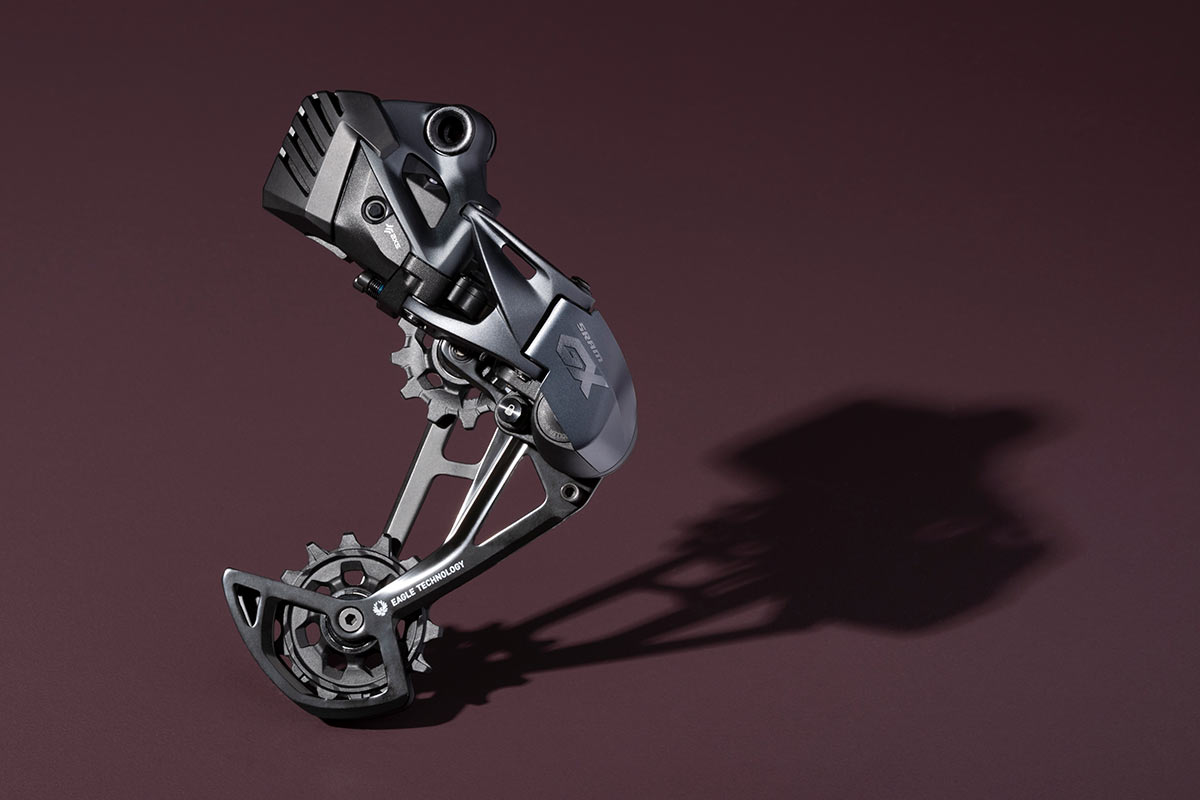 The 12-speed SRAM GX Eagle AXS rear derailleur is functionally identical to the other AXS mountain bike derailleurs, with the same max 52T cog size as the latest generation. It’s IPX7 waterproof and powered by the same rechargeable battery as every other AXS component.

It has the same Overload Clutch that disengages the motor in a crash to prevent damage, the same roller bearing clutch to keep your chain tensioned, same Cage Lock to make wheel changes easy, the same X-Horizon straight parallelogram geometry for precise shifts, X-Sync pulley teeth with steel bearings for smooth action, and the 10mm shorter cage than mechanical Eagle.

The only physical differences are the Lunar Gray finish to match the rest of the GX group, and a full steel pulley cage (versus forged alloy cage for XO1 and carbon/alloy for XX1). 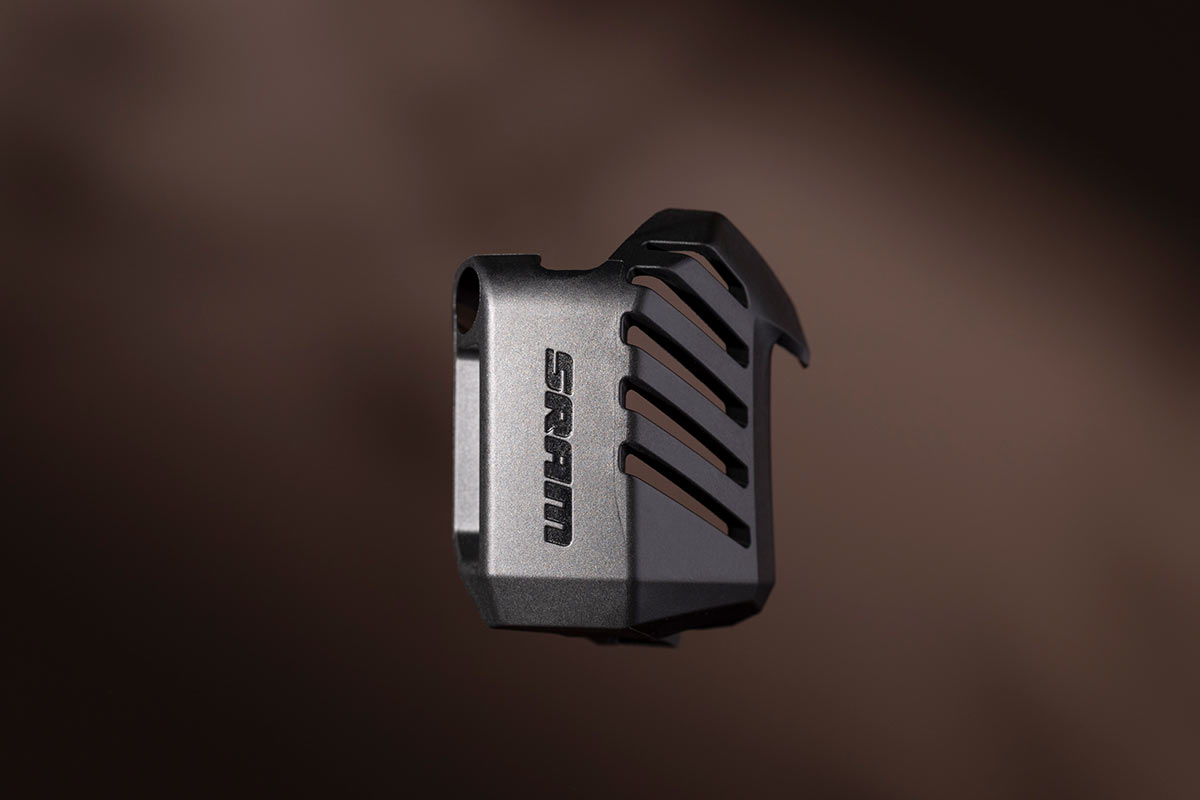 What’s totally new is this AXS battery cover. It comes with GX AXS, but will fit both XO1 and XX1 AXS rear derailleurs, too.

We first saw it on an X01 AXS derailleur at the original launch, and SRAM told us they decided to include it here to help people opting for a lower priced group get comfortable with the idea of a battery dangling off the back. It’s a reassurance, but we’ve been riding AXS for years now without ever losing (or even scratching) a battery. 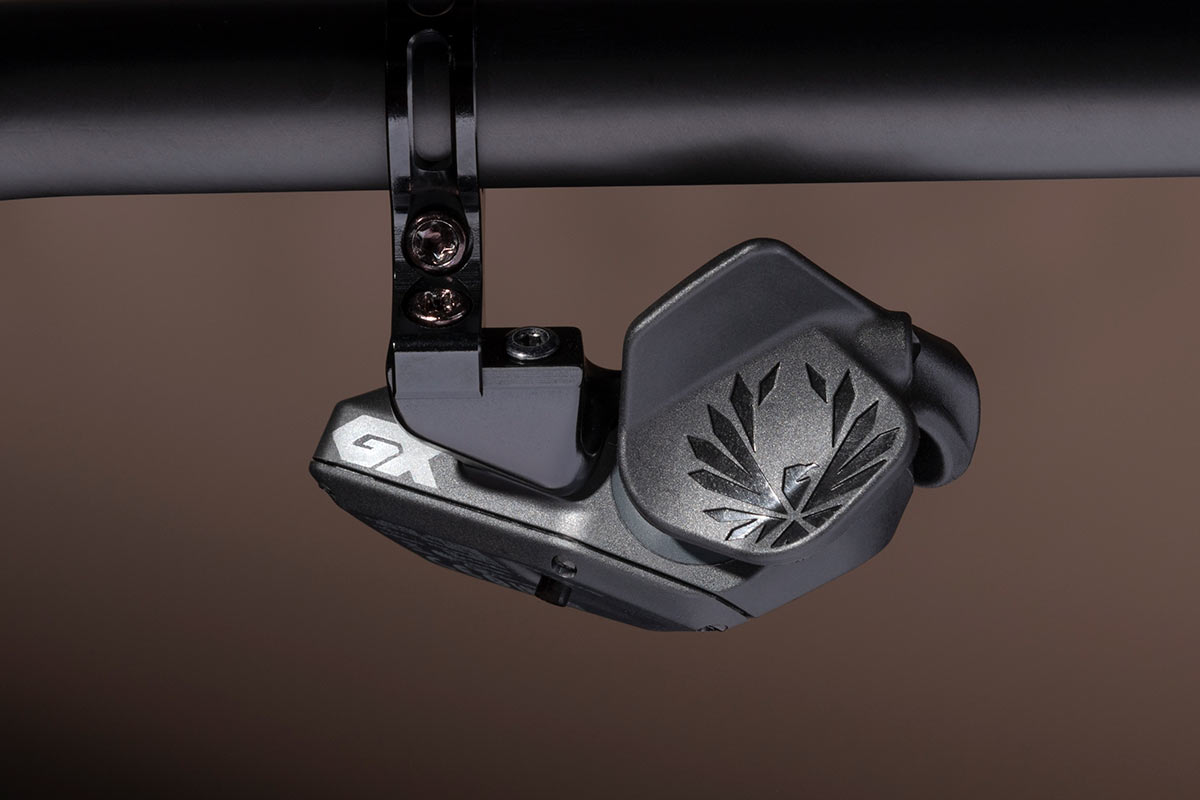 The GX AXS shifter/electronic controller is, quite literally, exactly the same as the others, just with a different finish…and $50 less expensive. With the same MatchMaker X integrated mount interface, CR2032 battery, and the standard paddle shifter, it’s the one to buy if you’re building up your bike with mixed component levels.

In fact, our GX AXS shifter weighed in at 68g, two grams lighter than SRAM’s claim (or our first XX1 shifter.) And it’s compatible with the optional AXS Rocker Paddle upgrade. 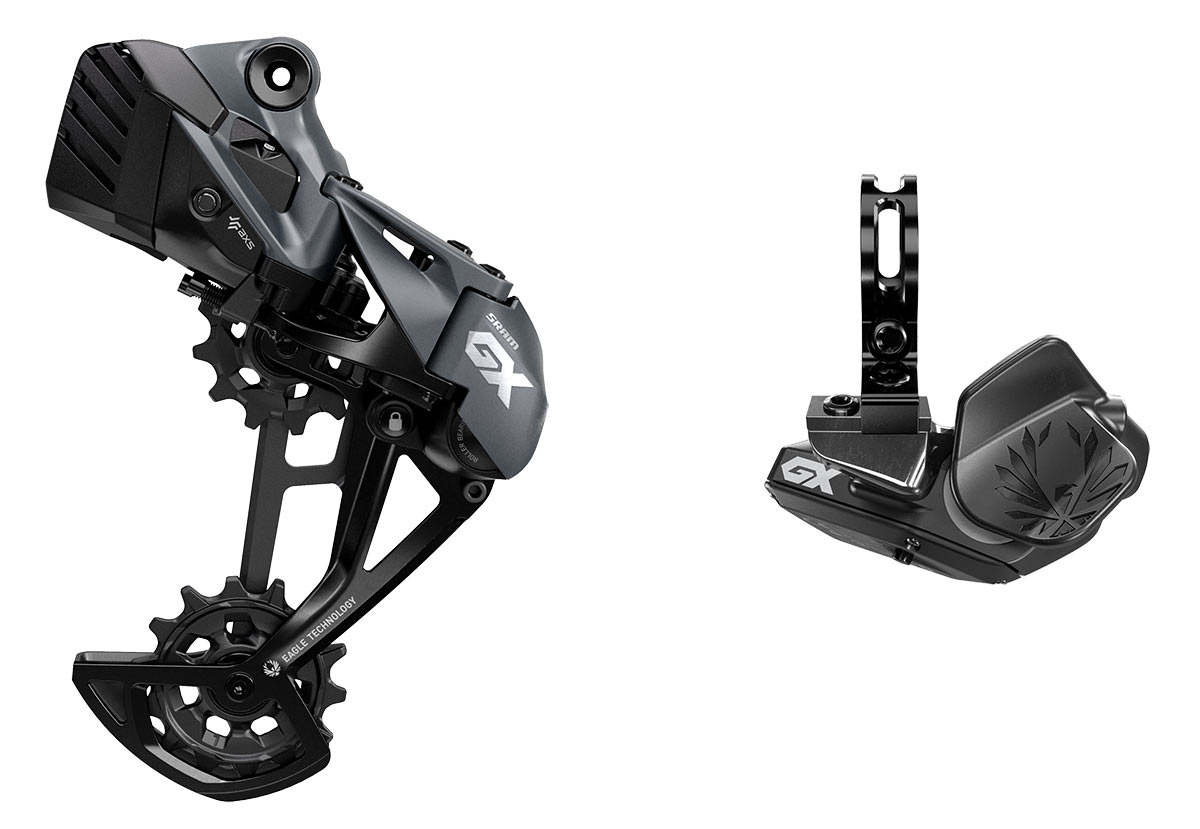 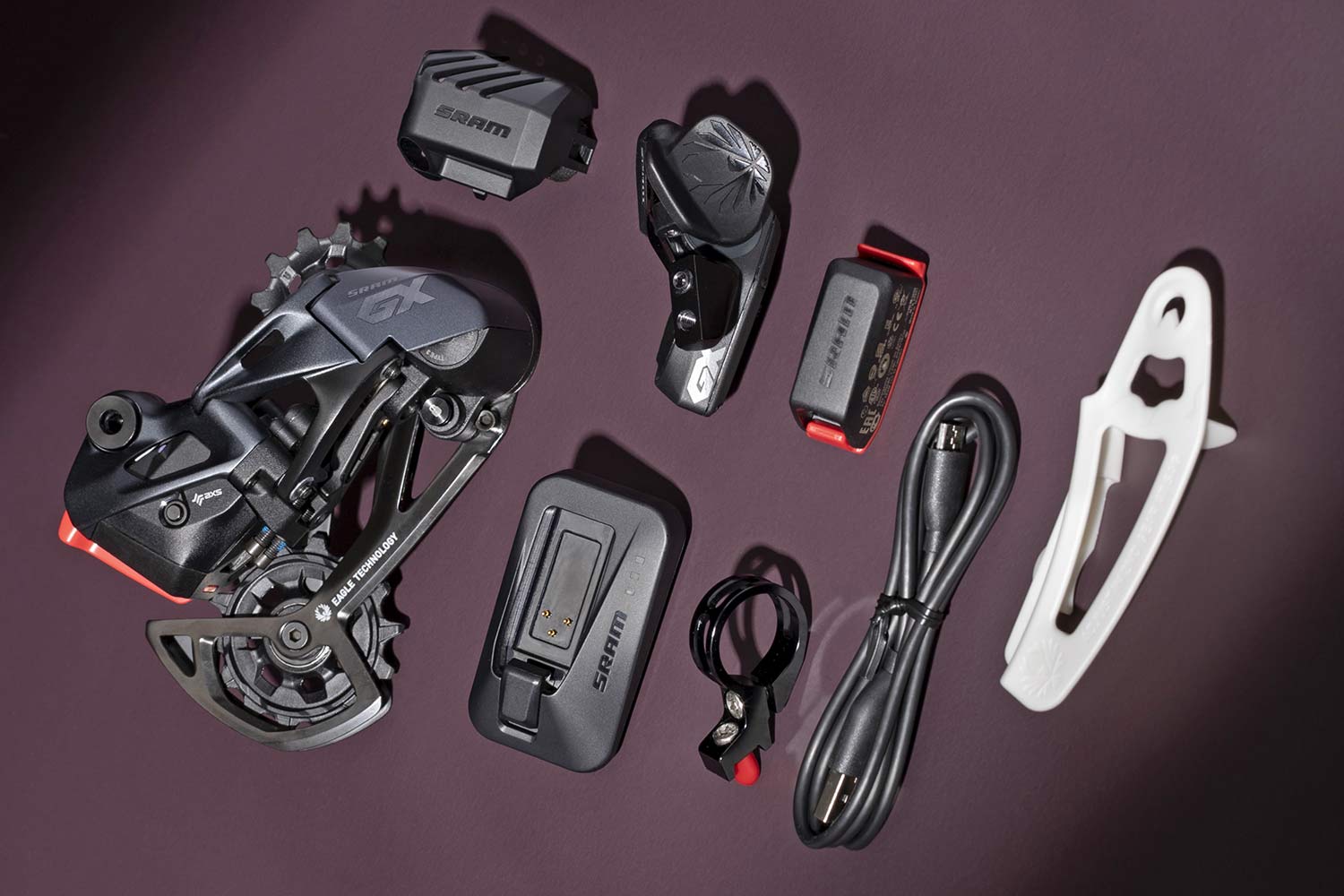 The SRAM GX Eagle AXS Upgrade Kit includes all of that, plus the chain gap setup tool, for  $600 (620€). It’s everything you need to upgrade an existing 12-speed SRAM Eagle mechanical group to wireless shifting. That’s $200 less than the XO1 Eagle AXS kit, and $400 less than XX1’s kit.

For comparison, a complete GX Eagle mechanical group with all of the parts retails for $545. So, the GX AXS parts aren’t cheap, but they are a lot less expensive than XO1 and XX1.

Lastly, if you already have an Eagle AXS mountain bike derailleur, that nifty little protective battery cover is $20 (20€). 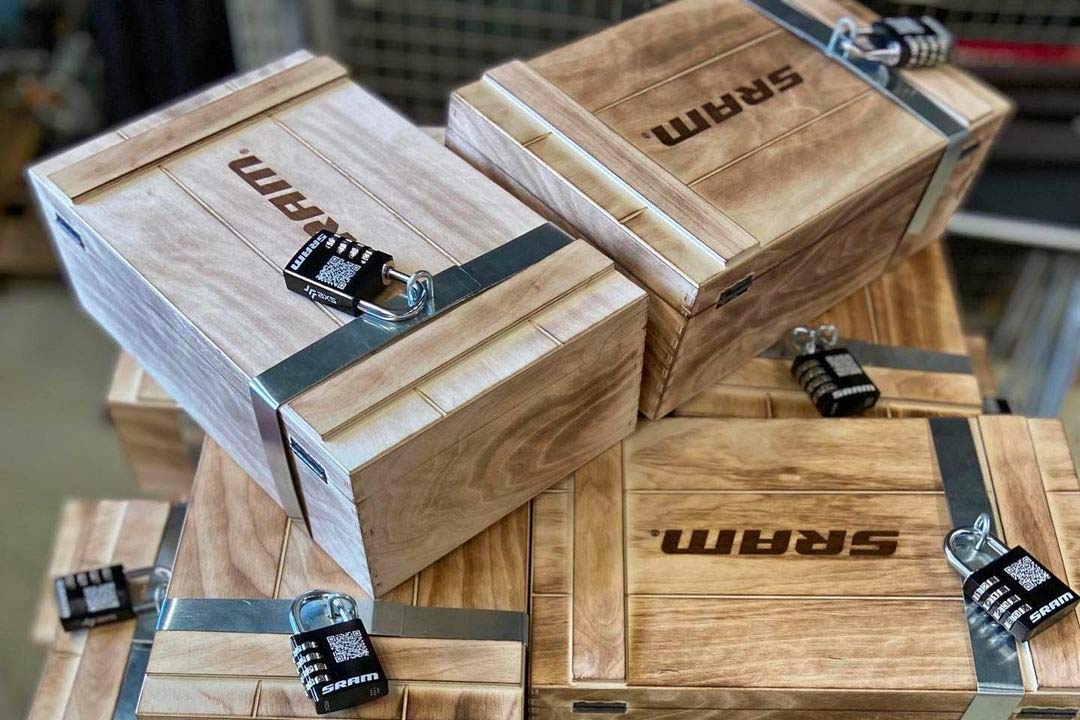 All of the new SRAM GX Eagle AXS components are available now, possibly having been waiting locked in one of these boxes at your local bike shop for the past week.

Check out our ride reviews and actual weights for more, and stay tuned for a complete Eagle AXS comparison of all of SRAM’s wireless MTB groups later today.