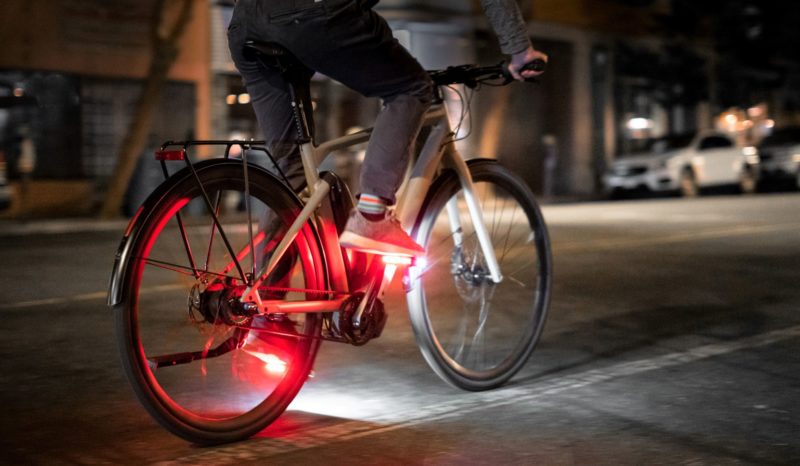 What’s the best thing to make drivers wake up and realize there’s a cyclist in front of them? Lights and reflectors are good, but what about moving lights?

Arclight plugs bike lights into pedals to leverage riders’ natural movement and get a claimed 57% increase in visibility. The study referenced by Clemson University positions it as one of the safest bike lights on the market.

It’s one of those concepts that makes you think, why didn’t I think of that? As you turn the crank, the lights on both sides of the flat aluminum pedals move, well, in a circle. In an appeal to intuition, the visual cue “instantly identifies you as a cyclist” to anyone nearby. 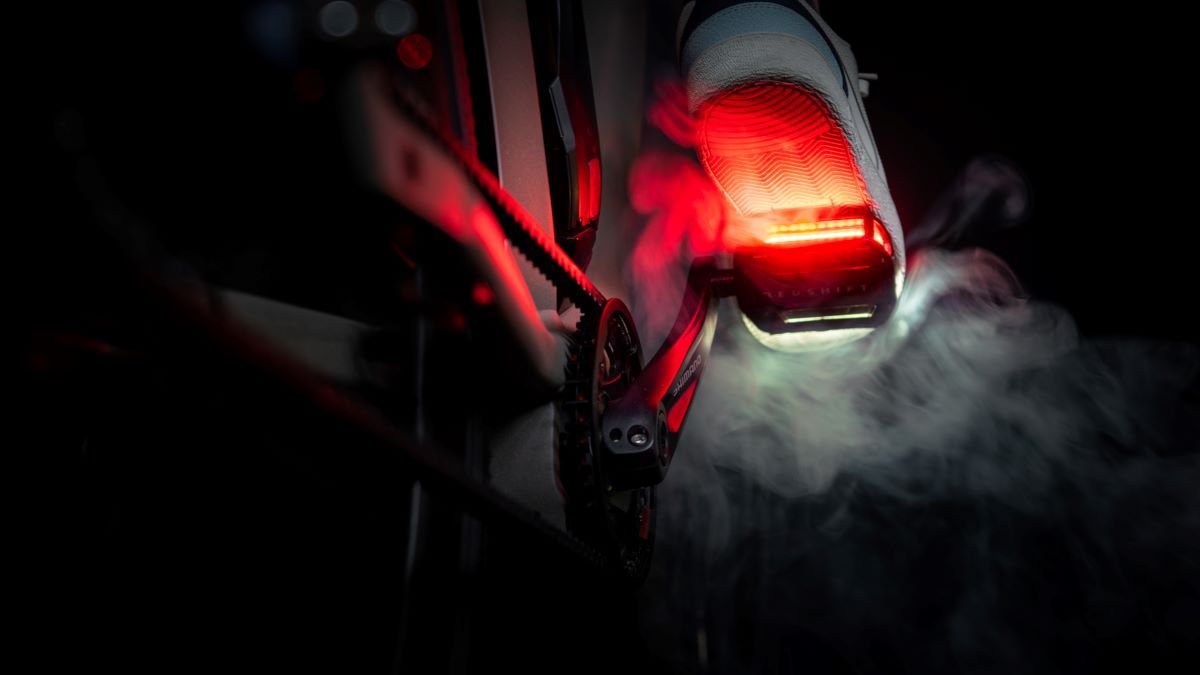 Light also splashes from the pedals onto the ground, giving an even more noticeable signature. The project got massively funded almost as soon as it went up on Kickstarter — two days into the campaign; it had piled up four times its funding goal.

Arclight is a spartan set of two pedals, and four USB-rechargeable LED lights. However, technology and smart features are packed in tight.

The interchangeable light modules slide into the front and rear of the pedals in any orientation. Once they’re installed and active, they pretty much run the show: they sense when you approach and automatically turn on. They also sense when and if you flip your pedal, so you’re always lit up red behind and white in front. Shutoff is also automatic. 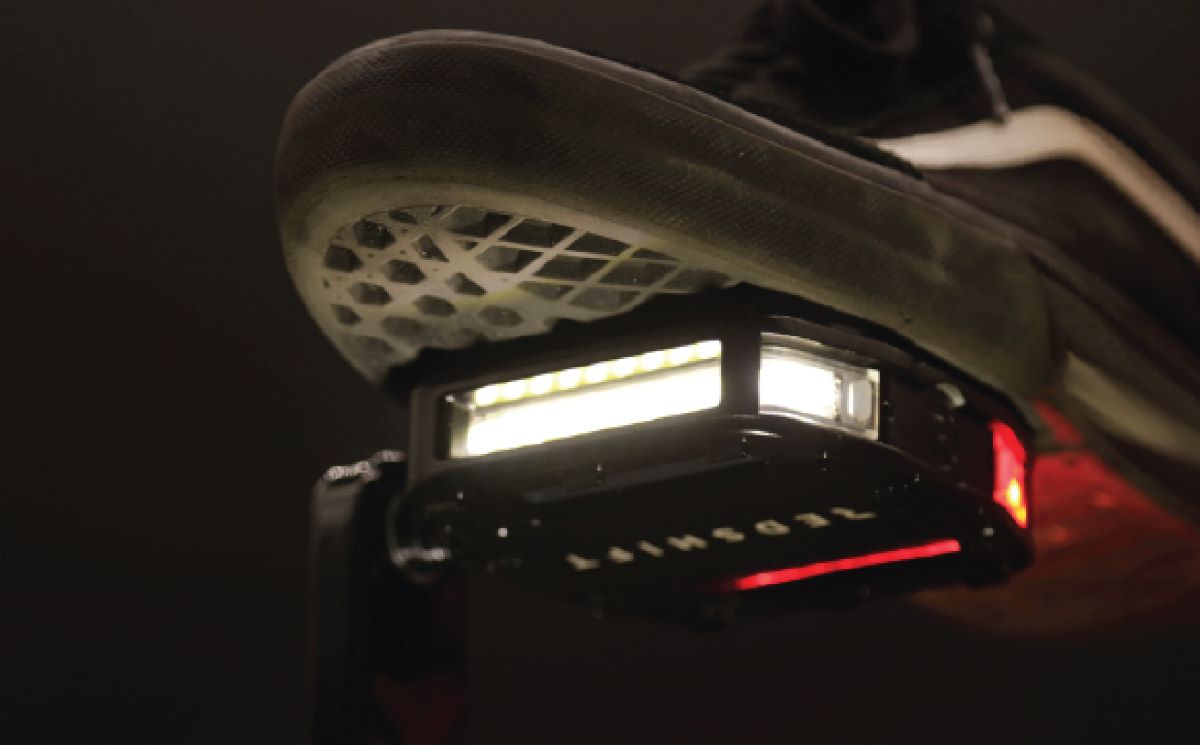 They’re IP64 waterproof (solid against splashing water) and clip in and out magnetically. They also plug directly into standard USB charging ports. Set the lights to steady-state (3 hours battery life), flash (11 hours), or “eco-flash” (fast strobe, 36 hours), and away you go.

And even though the company is stoked about its pedal-mounted system, the lights come with modular mounts so that you can use them as traditional headlights or seat post lights. The smart red/white functionality and magnetic attachment apply no matter where you mount them. 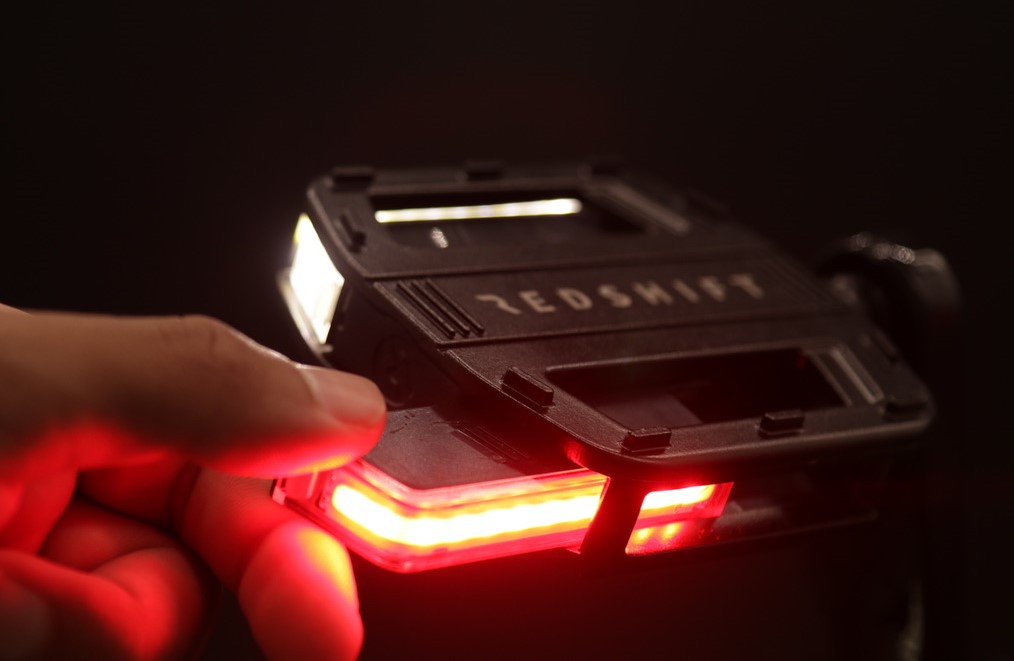 Despite its massive popularity (over 700 backers in two days), Arclight pedals were still readily available on pre-order from Kickstarter as of this writing. Go to the funding page to check out the intuitive, smart bike light that uses biomotion for safety.