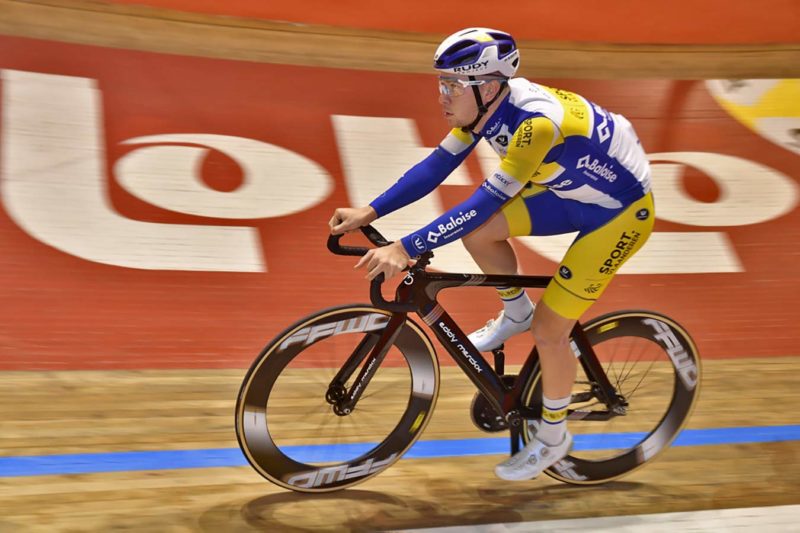 Dutch wheelmaker FFWD has adapted their latest LAW Tech aero road wheels into an all-new wider RYOT 77 Track tubular wheelset for all-around velodrome racing. Set to debut under their Sport Vlaanderen-Balois riders today as the Six Days of Ghent track racing kicks off, the new 77mm deep wheels are quite a bit wider than what we normally see on the velodrome, pairing a more modern approach to aerodynamics with track tubulars for better versatility across race disciplines. 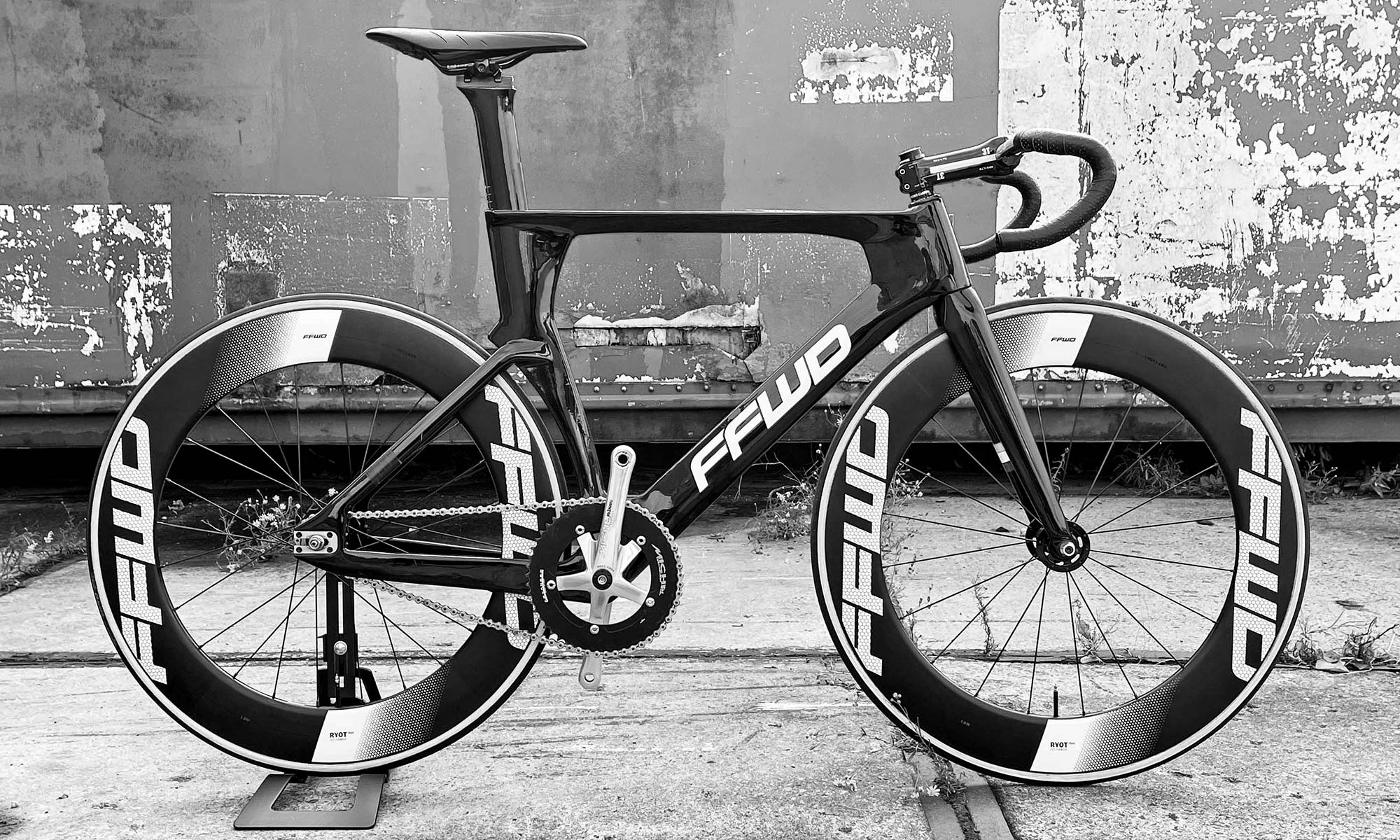 While FFWD debuted their Laminar Airflow Wing (LAW) aero tech last year on a mid-section blunt-nosed disc brake road wheelset last year, the same concept can apply on the velodrome too. These aren’t just a copy of the much wider 31mm outside RYOT 77 road and tri wheels that debuted back in July, instead, topping out a max 26mm in the middle of the new rim profile.

LAW Tech on the velodrome

Originally optimized to make a smoother transition from wider tubeless road tires to hooked carbon rims, the same LAW Tech idea can work for larger track tubulars. Track racing hasn’t gone as big as road, but they are still often racing 23mm tubulars for decreased rolling resistance instead of the 19mm sew-ups of old. So it was time the rims got updated as well. 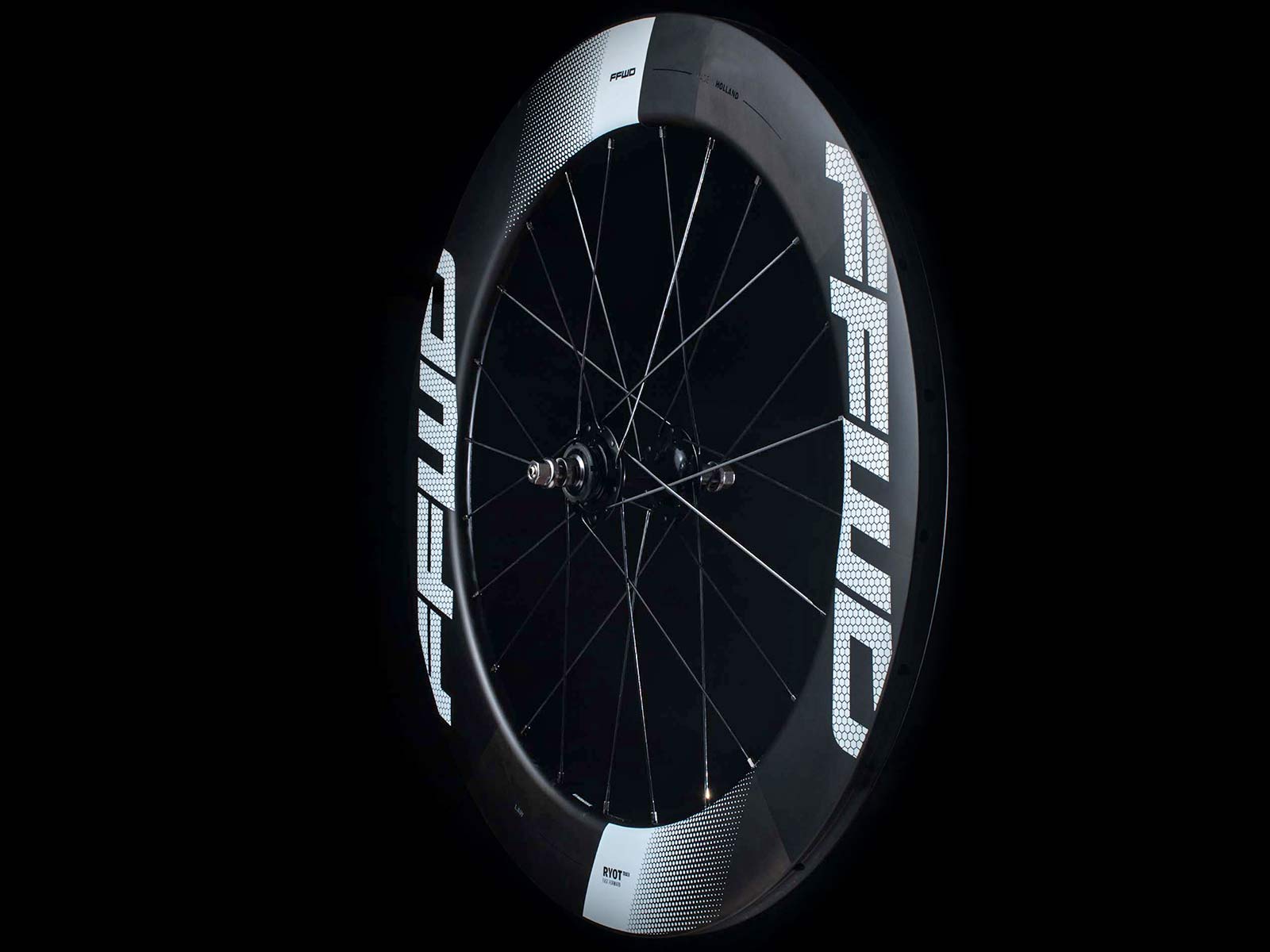 Now featuring a curved tubular rim bed optimized for 21-26mm track tubular, the rim remains wider overall than the tire for better laminar airflow and decreased drag. Because of that, FFWD is able to replace both their older 60mm & 90mm deep track wheels with this faster 77mm deep setup. 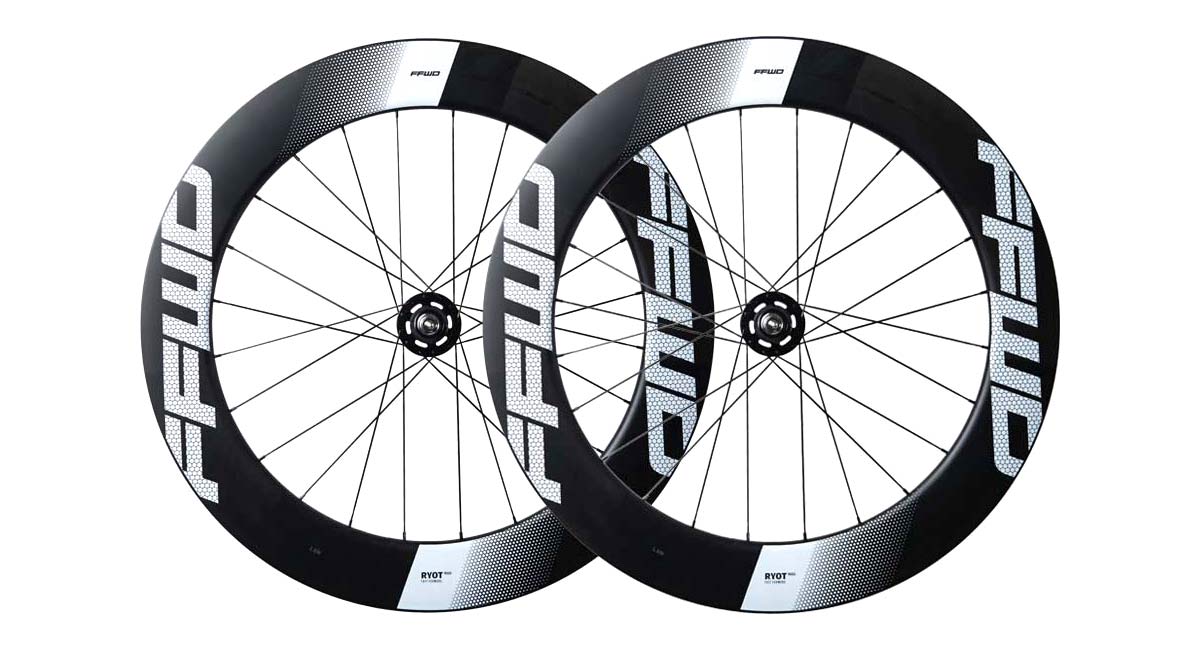 FFWD’s goal was to create a single reasonably-priced, versatile carbon wheelset that can be raced across all track disciplines, simplifying bike setup for racers of all levels. The new black & white hex logo FFWD RYOT 77 Track wheels sell for 1500€ for the pair, including valve extensions, a cog lockring, and a set of protective wheelbags. Order them direct from FFWD now with availability now.

Two articles about track bike things on the same day? There are dozens of us interested I say – DOZENS!

Seriously, though, I’m happy to see companies still developing cool track products, and even happier that some of them make it out into the world!