Vancouver’s Knolly Bikes has just announced a long travel 29er that gives an old familiar name a whole new character. Their well established Chilcotin has seen a complete redesign for its 5th generation, jumping from the last version’s 26” wheels up to 29” hoops and boasting modern geometry that puts it firmly into the enduro category.

The new Chilcotins were built to ride fast and stable for enduro racing, but they’re also built tough enough for freeriders who like to jump, drop and send it! Furthermore the Chilcotins come in two different travel options and offer two geometry positions that increase their versatility for recreational riders.

I got one good ride on the Chilcotin 167, so hop over to my First Ride article for my initial impressions of it’s on-trail capabilities. Full specs and details on both new Chilcotins are explained below…

The new Chilcotins are currently offered in 6066 aluminum only, and they all ride on 29” wheels. The Chilcotin will be offered in two different configurations, providing either 151mm or 167mm rear travel. Rather than use the ‘LT’ (Long Travel) designation as Knolly has in the past they’ve decided to include the rear travel numbers in their model names, calling the new bikes the Chilcotin 151 and the Chilcotin 167. The 167 version comes with 170mm forks (with 38mm stanchions; either Fox’s 38 Float or RockShox’s Zeb), and the 151mm model is equipped with 160mm forks.

The linkage also keeps brake squat to a minimum, keeping your rear wheel active for solid traction at all times. While pedaling, Knolly favors good grip and tunes their rear ends to offer a supple initial stroke that keeps the rear tire glued to technical terrain.

Knolly continues to offer two shock mount positions on the Chilcotin – neutral and slack. Moving from one to the other alters the head and seat tube angles slightly, lifts or drops the BB by 9mm, and minimally changes the chainstay length. Switching between positions does have a minor effect on the shock rate, slightly increasing its progressivity in slack mode.

Recently Knolly began employing Trail 157 rear hub spacing on their bikes. Not only does the wider hub maximize rear wheel stiffness, it also allows the frame to fit chainrings up to 36t and wider tires: the Chilcotin’s frame can easily accept 2.6” treads. Knolly has kept the rear stays as narrow as possible on their Trail 157 bikes, and after riding a few myself I’ve had no issues with heel clearance.

Other key fitments include threaded 73mm BB shells, removable ISCG05 tabs and E-Type chain guide mounts, a 160mm post-mount for the rear caliper, and a water bottle mount on the down tube. All cables are routed internally, and the frame’s down tube protector can carry a Shimano Di2 battery if you wish to go wireless.

Knolly is definitely up-to-date but wasn’t looking to push boundaries with the Chilcotins’ geometry figures. The 167’s head tube angles are quite slack at 63.8° to 64.5°, and the effective seat tube angles are steep, ranging from 76.9° to 77.6°. The Chilcotin 167’s front end has a reasonably long reach of 464/490mm (Medium/Large frames), and to enhance stability Knolly stretched out the rear ends to 436.5/438mm’s (neutral/slack).

Knolly likes to keep their frames low, and the Chilcotin 167 keeps its stack and standover heights well within reason for a long travel 29er. BB height is fairly low at 338mm in slack, but in neutral it lifts to 347mm. Shorter riders might want to take note this long-travel niner is not available with a Small frame.

With less travel, the Chilcotin 151’s geo numbers are slightly different from the 167: It’s a tad steeper, lower and longer up front.

The new Chilcotins will be offered with Dawn Patrol or Extra Credit build kits, with prices starting at $5300 USD.  Check out Knolly’s website for complete build specs and optional upgrades. Frame color choices are either Raw or Moody Blue. The new Chilcotin 167 and 151 will be available as of December from Knolly dealers and online. 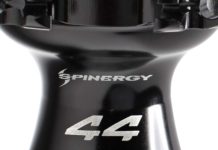 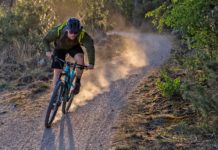 New Giro Supernatural gloves are a chamois for your hands, Trixter... 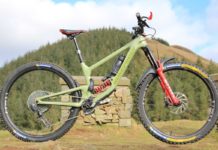 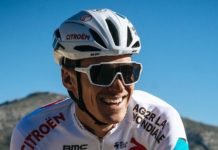