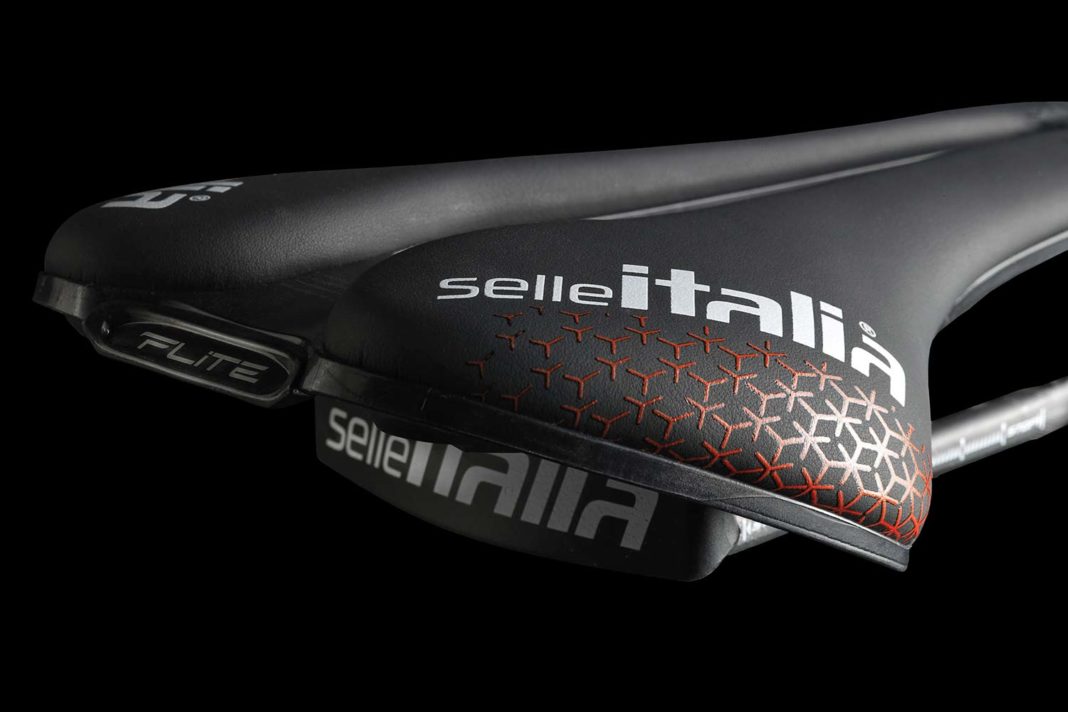 Following a win in its racing debut over the weekend at Strade Bianche, Selle Italia opens up a new update of their modern flagship saddle, a lightweight pro version of the Flite Boost that brings more adjustability to the masses. The new saddle even vies for the title of their longest product name yet… the Selle Italia Flite Boost Pro Team Kit Carbonio Superflow.

Selle Italia’s historied Flite got its own modern short-nosed upgrade last year with the full suite of Flite Boost Superflow saddles, and now the top-tier carbon-railed Kit Carbonio gets one more upgrade in a new Pro Team version. The long-popular saddle shape & profile do not change, the synthetic Fibra-Tek cover & padding remain unchanged, and it still gets the same S3 & L3 sizes. But the pro version improves fit options a bit, while actually adding a few precious grams. 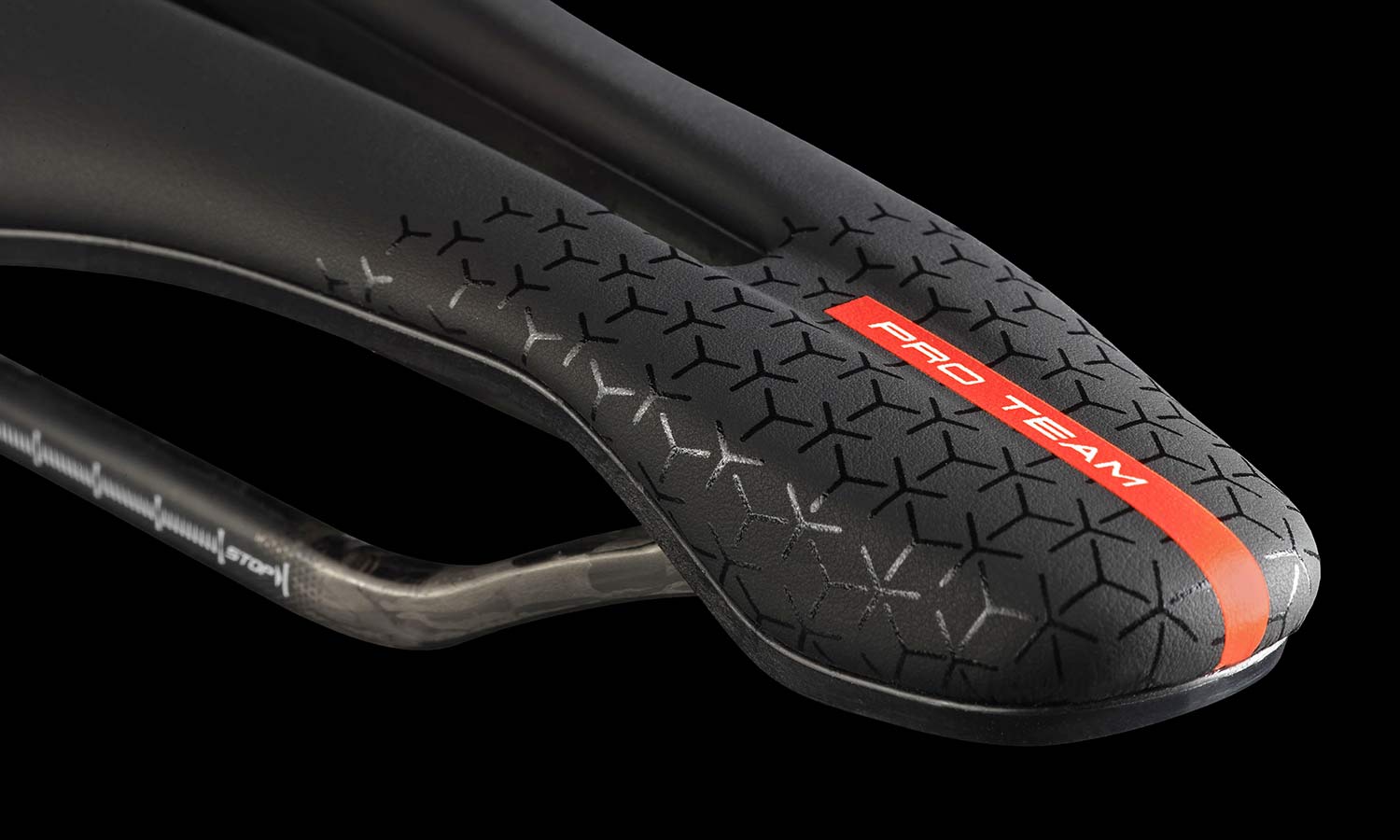 Selle Italia already added a similar Pro Team version of their short-fit SLR Boost saddle ahead of last year’s racing, so it was time for the Flite Boost to get its update too…

What’s new and unique in the Pro Team edition? 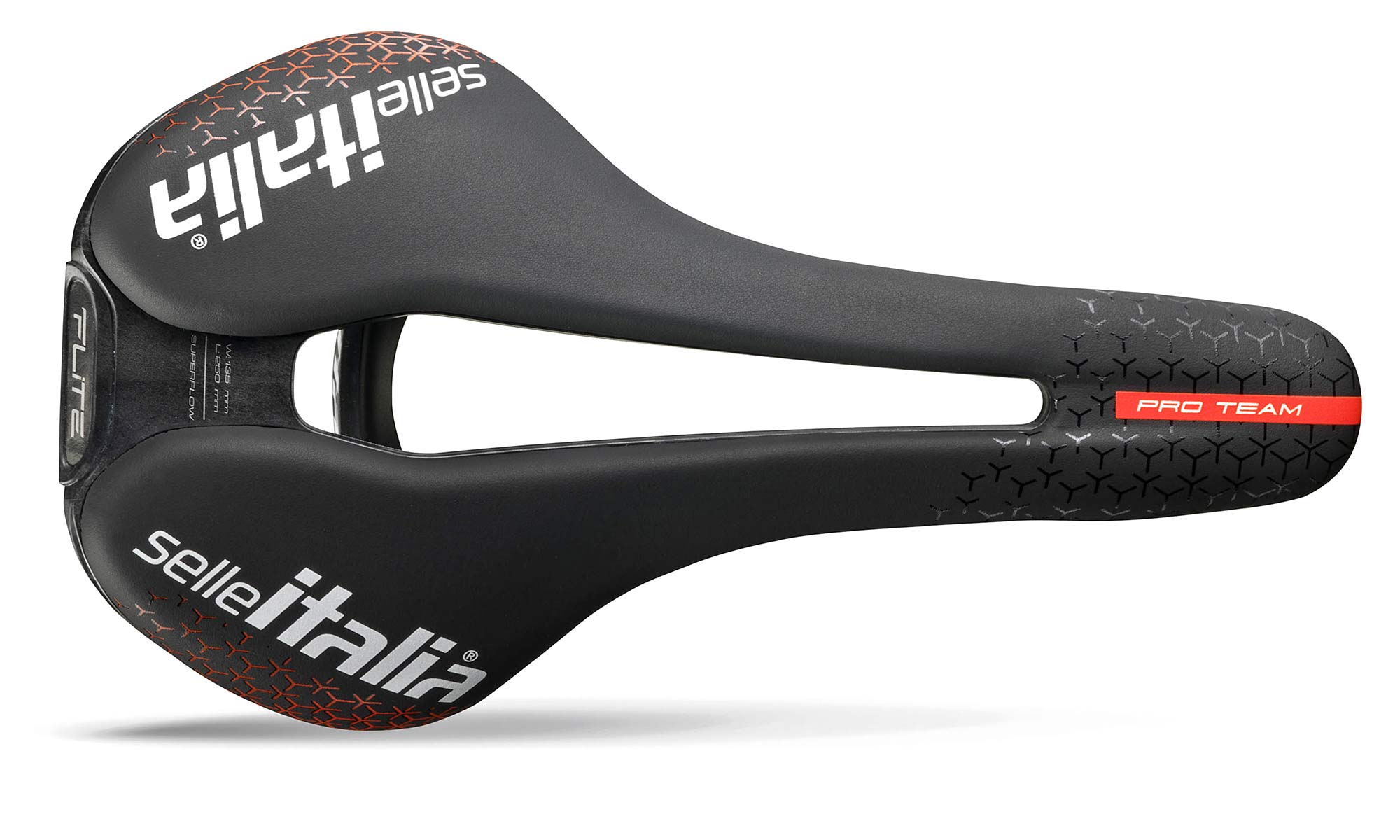 The Pro Team saddles also include more prominent branding (for TV coverage of your amateur exploits, of course!) That means the pro red pattern at the rear and larger logos up top, but also a big rear-facing Selle Italia logo for the camera-equipped moto to catch while following you. Thankfully, that one is a plastic clip on the rails that you can easily pop off.

Mathieu van der Poel has long been a Flite Boost rider, having won cyclocross worlds and plenty of road races on the modern classic saddle. And now he’s chalked up another Classic win with the 2021 Strade Bianche, where van der Poel raced atop a special white edition of the new Pro Team saddle with its longer rails, even though his saddle looked to be mounted in the middle of the standard saddle’s range. Presumably pulled off in advance to mount a transponder, van der Poel’s saddle also didn’t have that extra rear logo clip-on installed which would have given Selle Italia some more advertising time, even though he had a smaller transponder strapped to his fork.