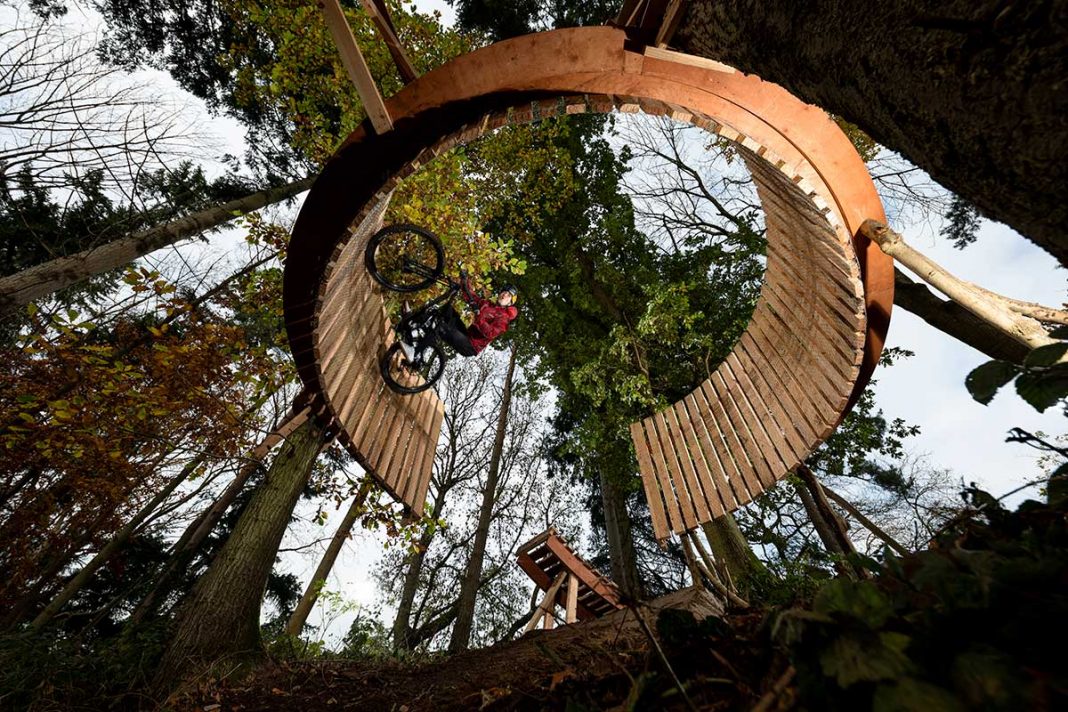 Premiering today on Red Bull TV, Out Of Season shows 29 year old BMX Rider Kris Kyle showcase a number of world first tricks down a unique custom built line in the distinctive woods of north east Wales. Starting with a 21 foot drop from the roof of a forest cabin (that Kriss actually falls from on his first attempt), Kriss keeps a host of playful and original stunts coming throughout every twist, turn and ramp as fast-tracking drone shots immerse viewers onto the tail of Kriss’ trail bike.

Kriss Kyle: Out of Season

Kriss Kyle said, “It’s kind of crazy to think that I’ve gone from riding an MTB bike two years ago primarily to keep things fresh and fun, to now producing this amazing edit with Red Bull. It was really difficult taking tricks I could land easily on a BMX only to then do them over 100 times on the trail bike. It definitely felt like learning to ride all over again at some points.” 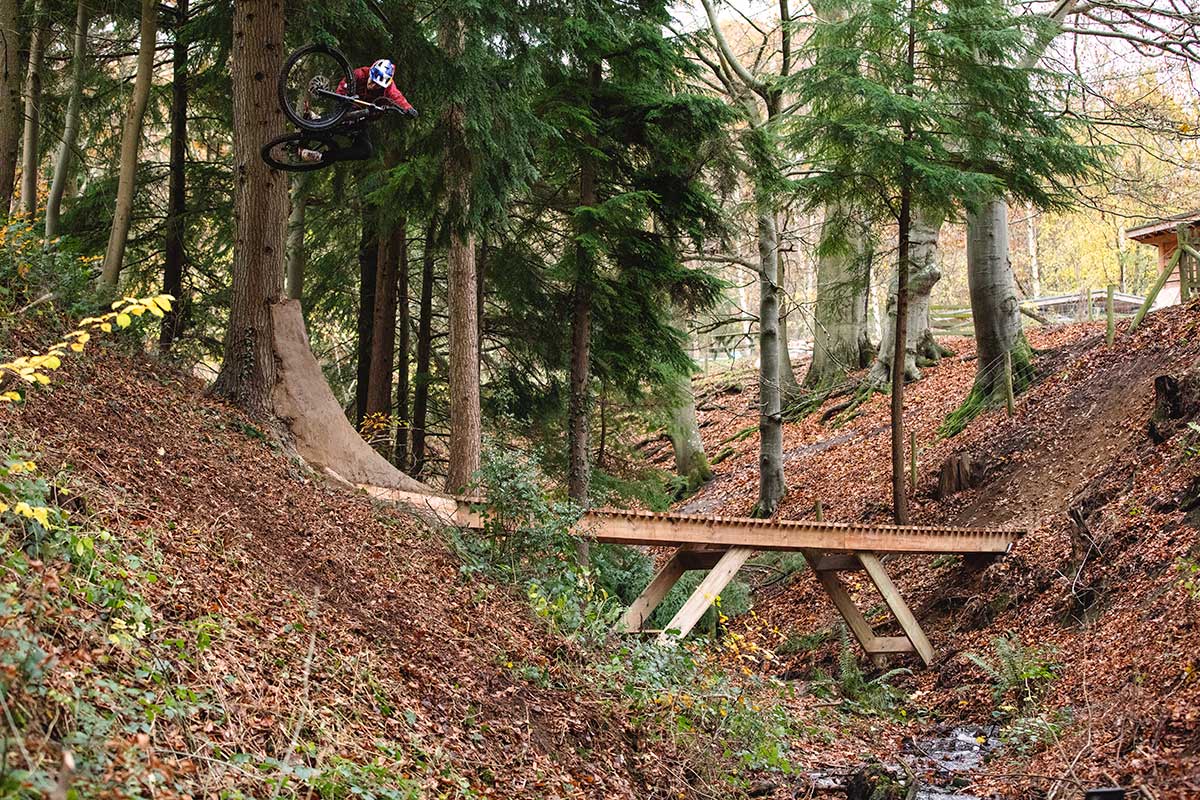 “I wanted the edit to be a mountain bike version of Kaleidoscope, including some of the features that I designed for that video. When I visited the site with the trail builders they sketched out their vision and it was everything I dreamed of. From that point it was all about showing people the passion that I have for MTB and just being able to get back into something.”

“The approach I took to preparing my body for this edit was like nothing I’ve done before. I knew my body would probably take more of a battering as I navigated tougher tricks with a heavier bike in muddy conditions. I think it ended up helping me get back on the bike quicker when I broke my rib as I was in such good fitness. I didn’t actually realize I’d broken my rib when I did it, all of the adrenaline was going and in all honesty it could have been a lot worse as I managed to miss several tree stumps when I fell.” 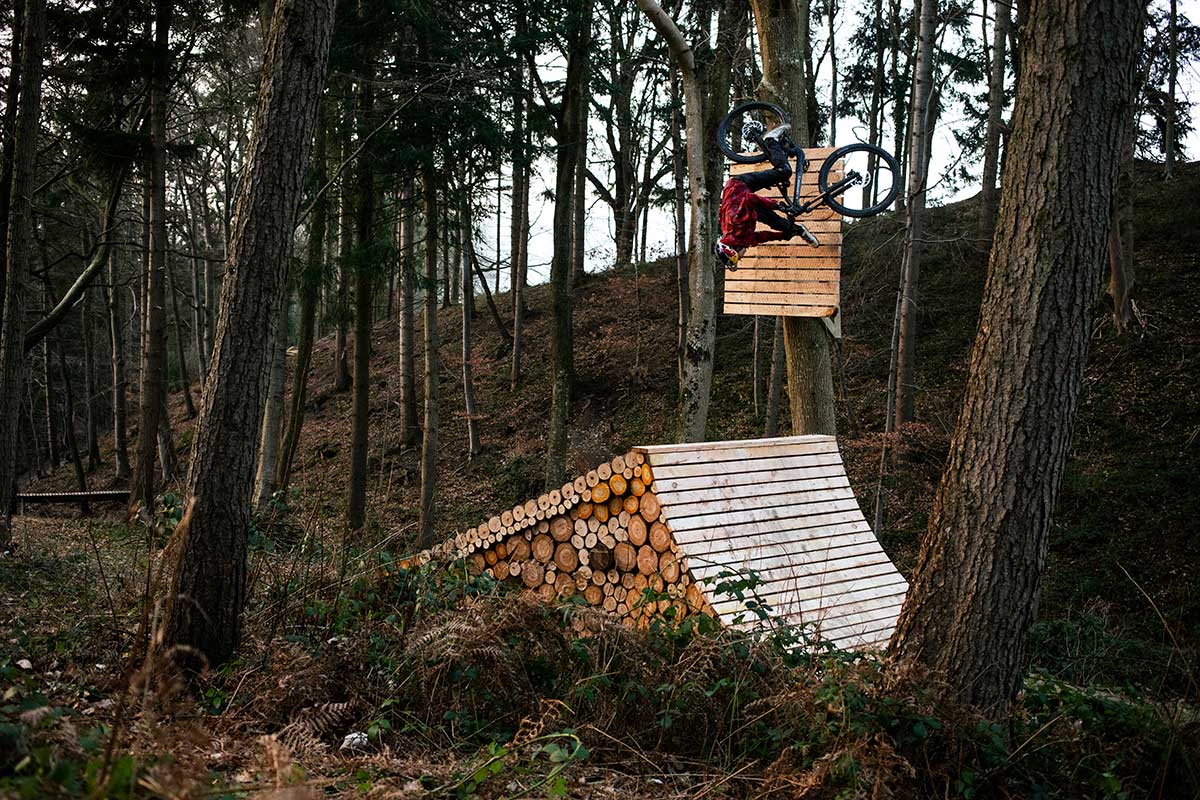 “A huge shout out to director Matty Lambert, George Eccleston, Jake Walters and the rest of the build crew at Revolution Bike Park, as well as Red Bull who helped make my dreams a reality for Out of Season. I really feel like I’ve only just scratched the surface with my trail riding, I’m so excited to see what’s next!”