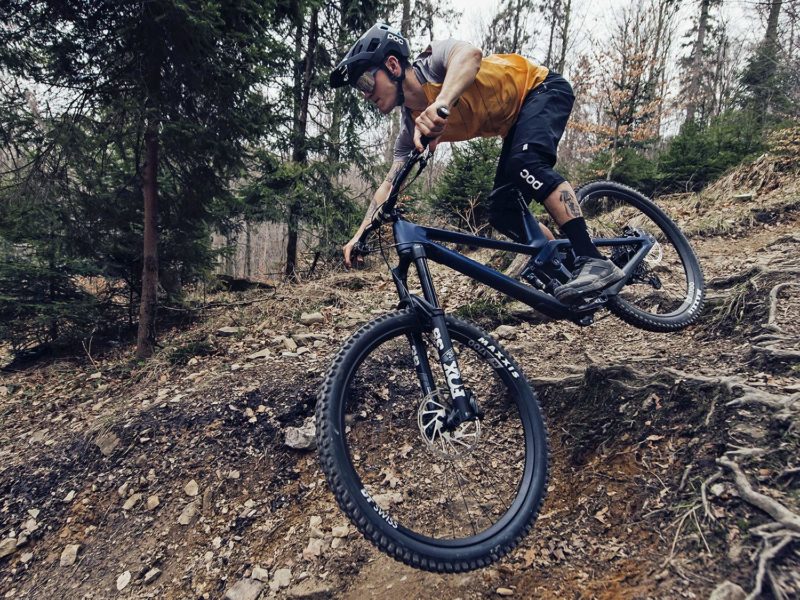 Last winter we got a tease of upstart mountain bike company Prime Bicycles with their long-running DH bike project. Now, Prime is ready to hit the trails with two new 29er mountain bikes, the Rocket DH bike we’d glimpsed before and an all-new Thunderflash enduro bike.

Building off more than 15 years of UCI gravity racing experience, Prime brings together race-proven geometry & suspension design in reasonably-priced carbon bikes built in the same factories as the big brands. Cutting out the middlemen, the Prime Thunderflash & Rocket could deliver an impressive mountain biking bang for your buck. Here’s how they started… 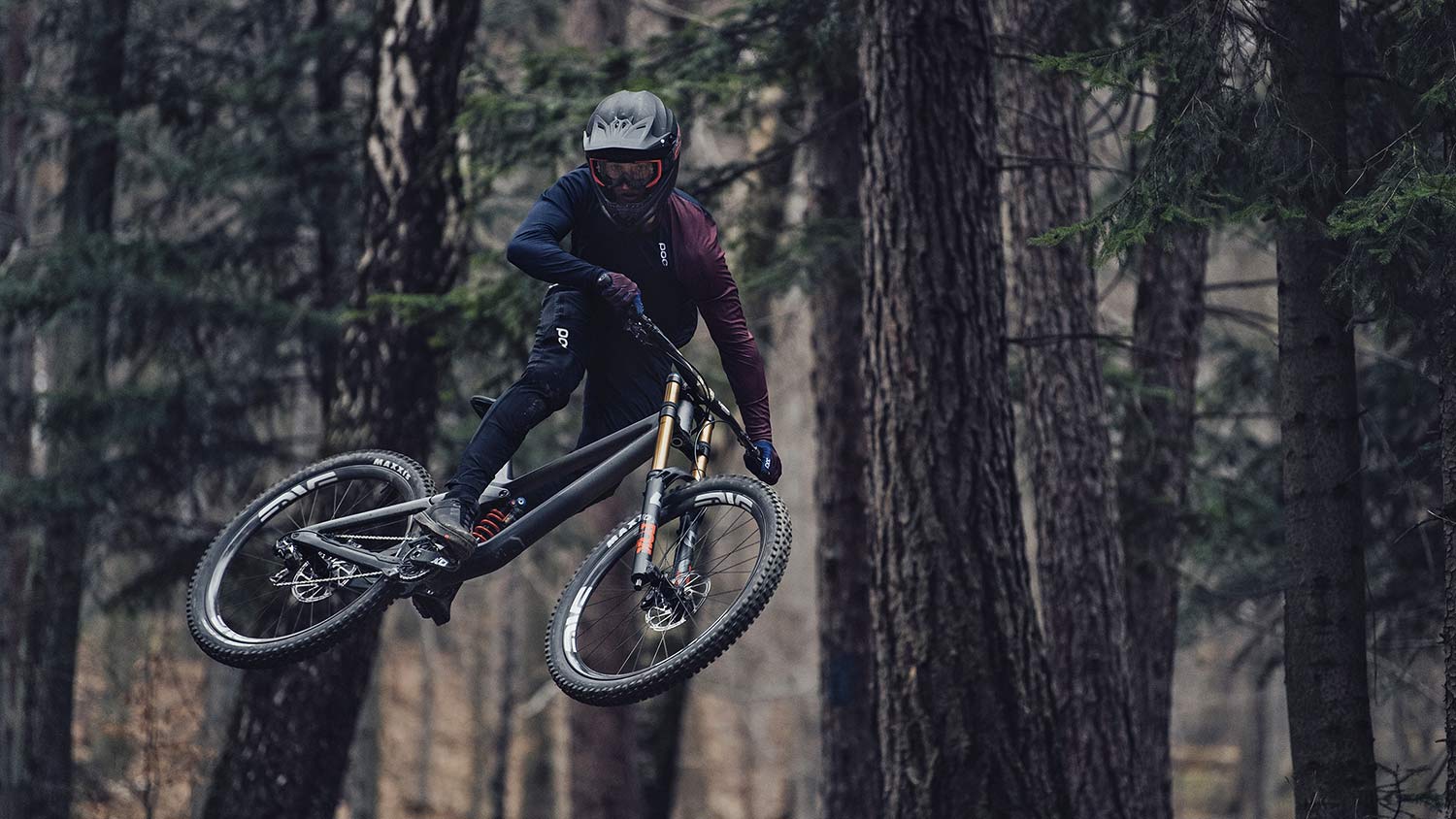 The first spark for Prime came from Piotr Siulczynski – the Polish pro Gravity Group UCI WC DH team manager & Austrian transplant who, after a decade working with some of the fastest mountain bikers in the world, realized he could do better. Maybe not on the bike, but definitely with the bike. 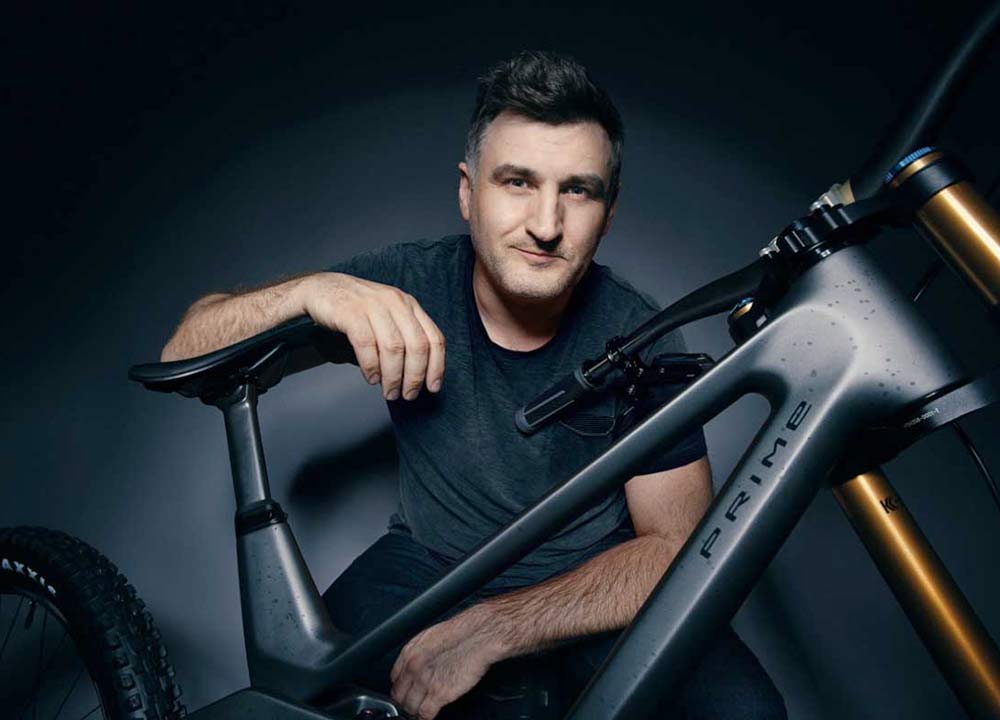 He saw the opportunity to adapt World Cup DH & EWS race experience and pro-racer development testing into consumer bikes for riders who wanted the same performance without the benefit of a pro MTB team budget or sponsorships. Higher value, rider-designed bikes that could deliver premium performance on a budget, direct-to-consumers. 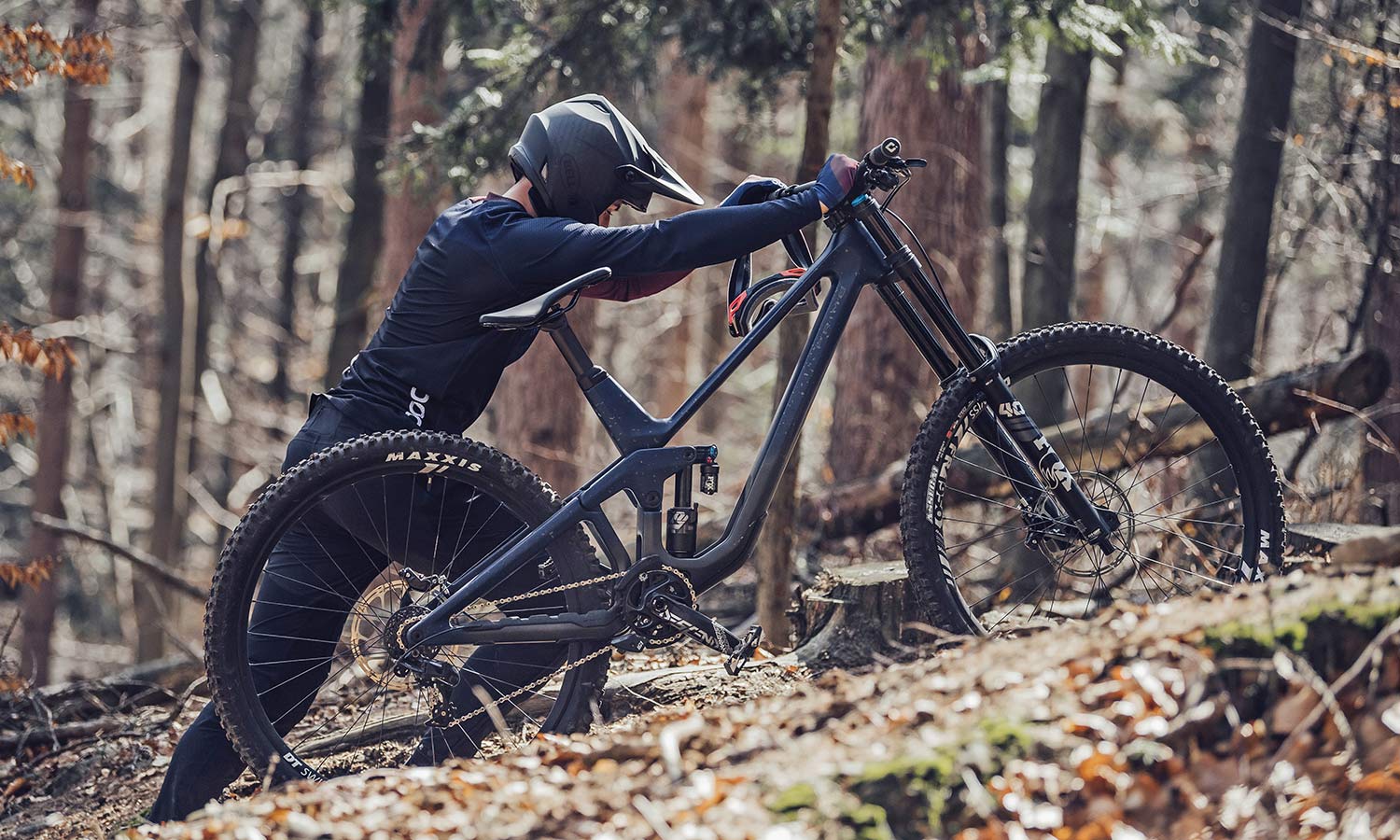 From the beginning, Piotr has worked to create fun bikes for riders who want to shred, with the added benefit of being from a small company so your bike won’t just be another cookie-cutter at the trailhead or in the chairlift line.

Development from alloy 27.5 to carbon 29ers 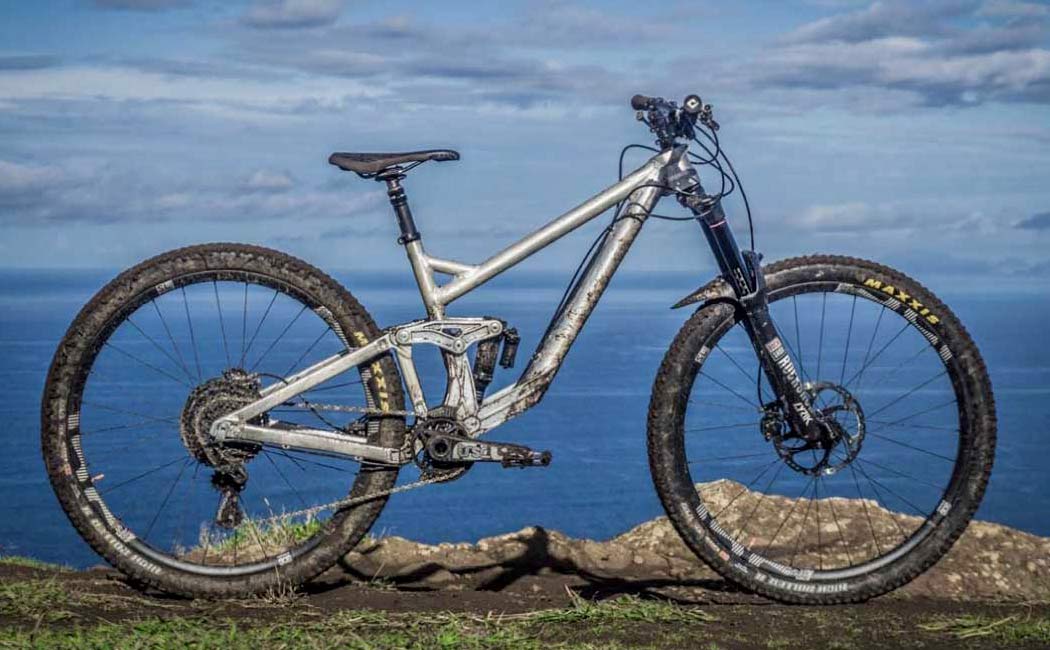 Over the past five years, Prime has been quietly but intensely developing, testing & refining their new mountain bikes. Originally developed with Cero Design Studio (the leading Cesar Rojo-led design minds behind many Intense, Mondraker, and more recently Unno mountain bikes) to shape the unique look of the bikes and the suspension kinematics & geometry (which started on 27.5 wheels back in 2016), Prime has brought more of the recent design development in-house, still collaborating with Cero. 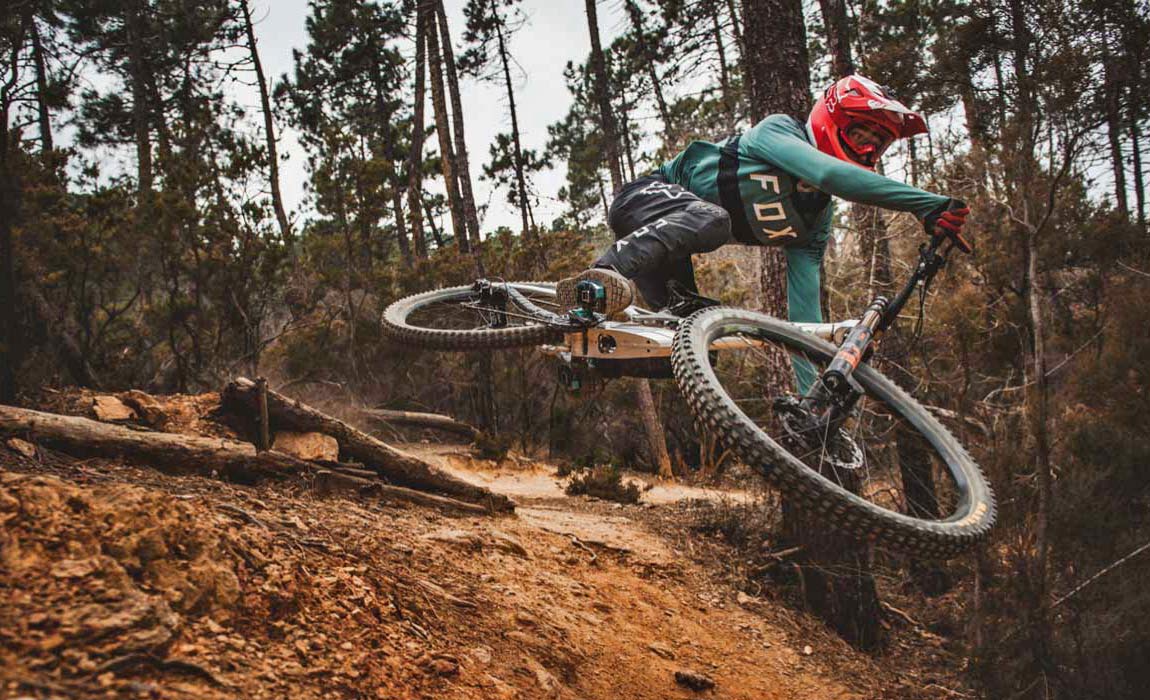 During their early development, the rumored-then-real introduction of the 29″ Fox 40 DH fork convinced Prime to add 29er options to their test bikes by mid 2017. More than a year of winning races on both 27.5 & 29″ prototypes later, Prime couldn’t get past the fact that the 29ers were simply faster. 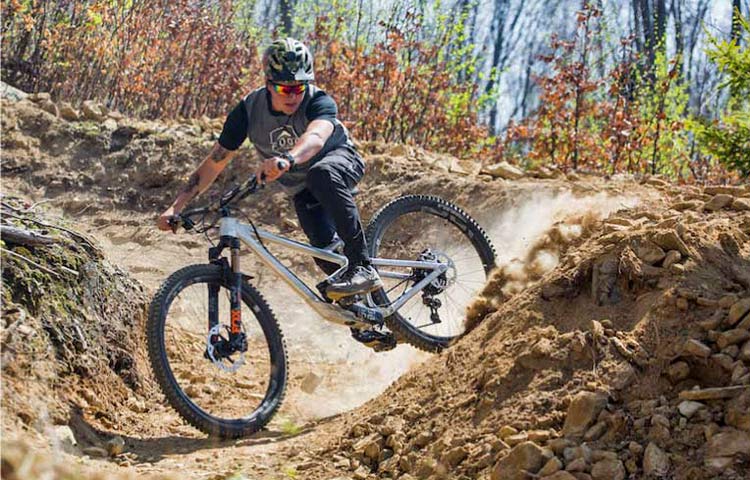 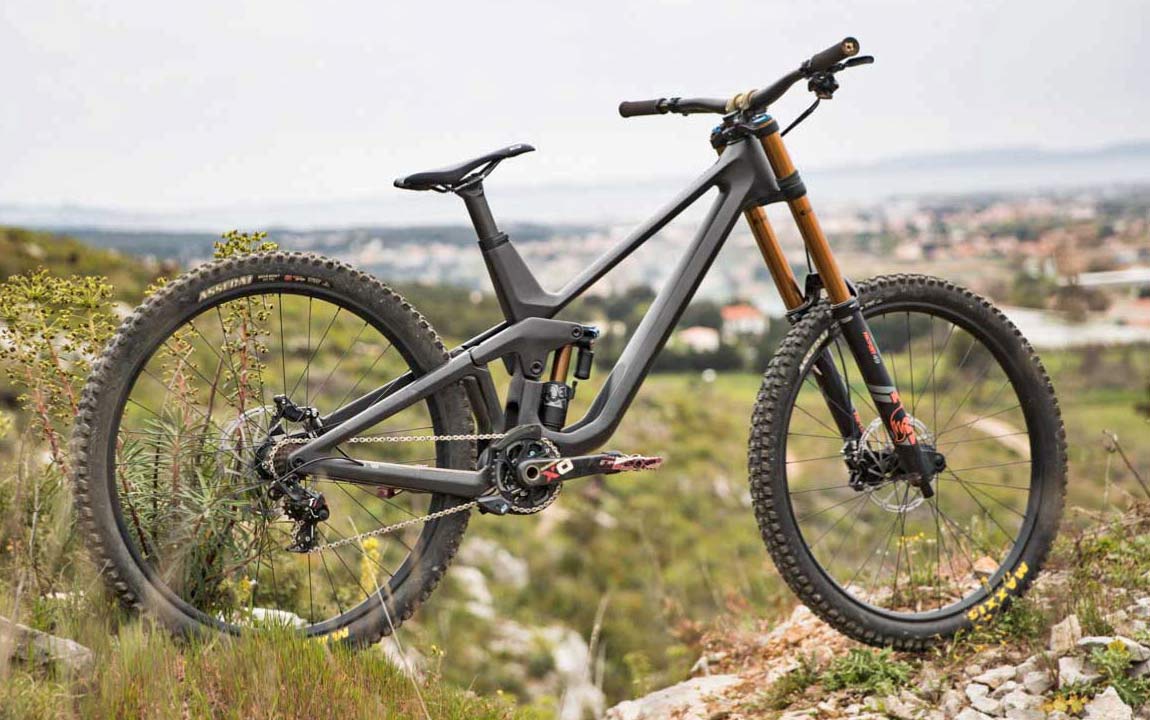 Settling on wagon wheels, they built the first carbon 29er bike prototypes, and were already test riding & tweaking them in mid-2019 – pleasantly surprised how much the massive weight reduction made the already fast, stable bikes all the more playful in carbon.

Now two years later, the kinks are ironed out and the final bikes are out. Prime’s debut collection includes the Thunderflash enduro & Rocket DH carbon 29ers, in three sizes each. Check our tech coverage for details on both models with pricing, specs, and more.