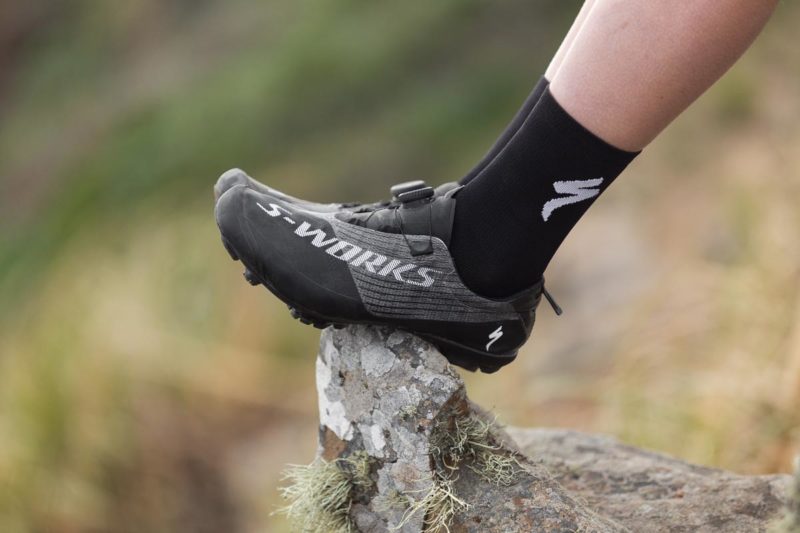 Remember those insane 99g Specialized EXOS 99 road shoes? They were joined by a more ‘reasonable’ 150g standard EXOS version, but both models relied on a custom-made Dyneema upper which provided the necessary support without any stretch. It also allowed the shoes to be constructed to reach their outrageous weights (among other clever weight-saving efforts).

Of course, Specialized has been hard at work bringing that same tech over to the MTB side. The new S-Works EXOS EVO does just that. 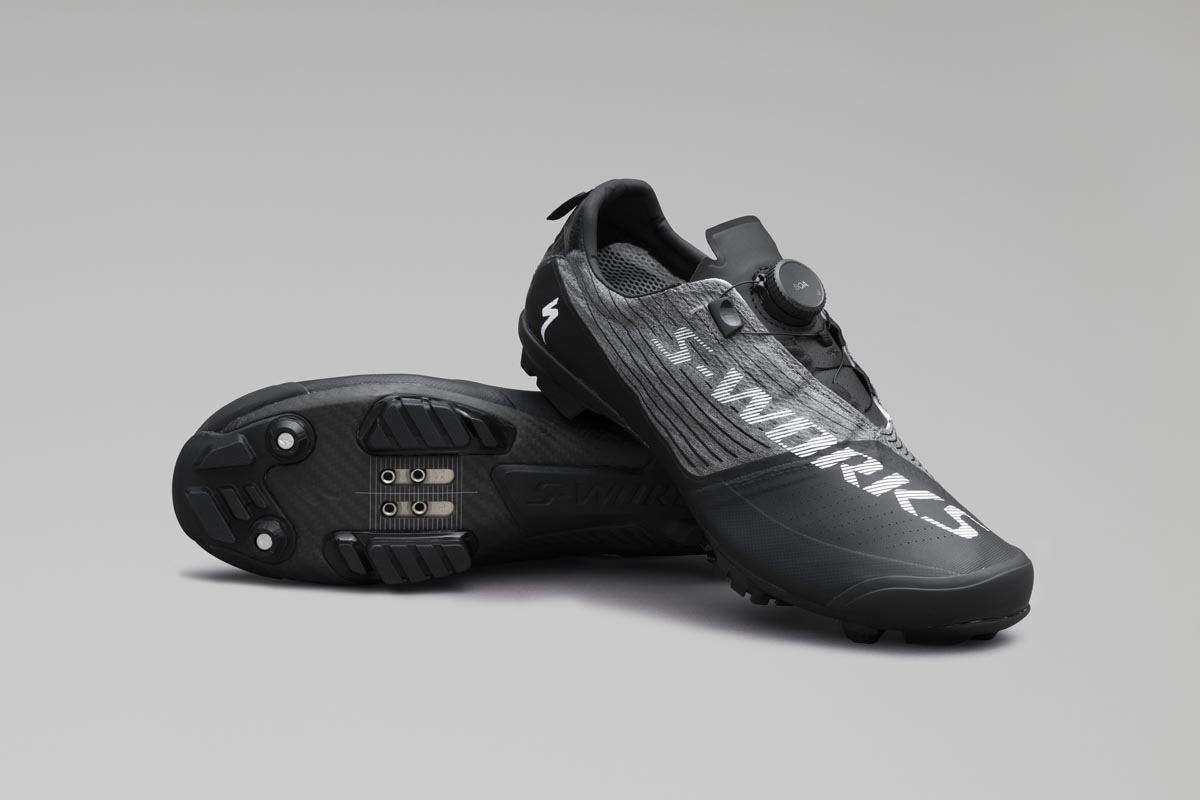 Similar to road racing shoes, XC MTB shoes for racing at the highest level need to be efficient. Being super light doesn’t hurt either. Calling it the lightest shoe they’ve ever created, the EXOS EVO checks in at just 231g. 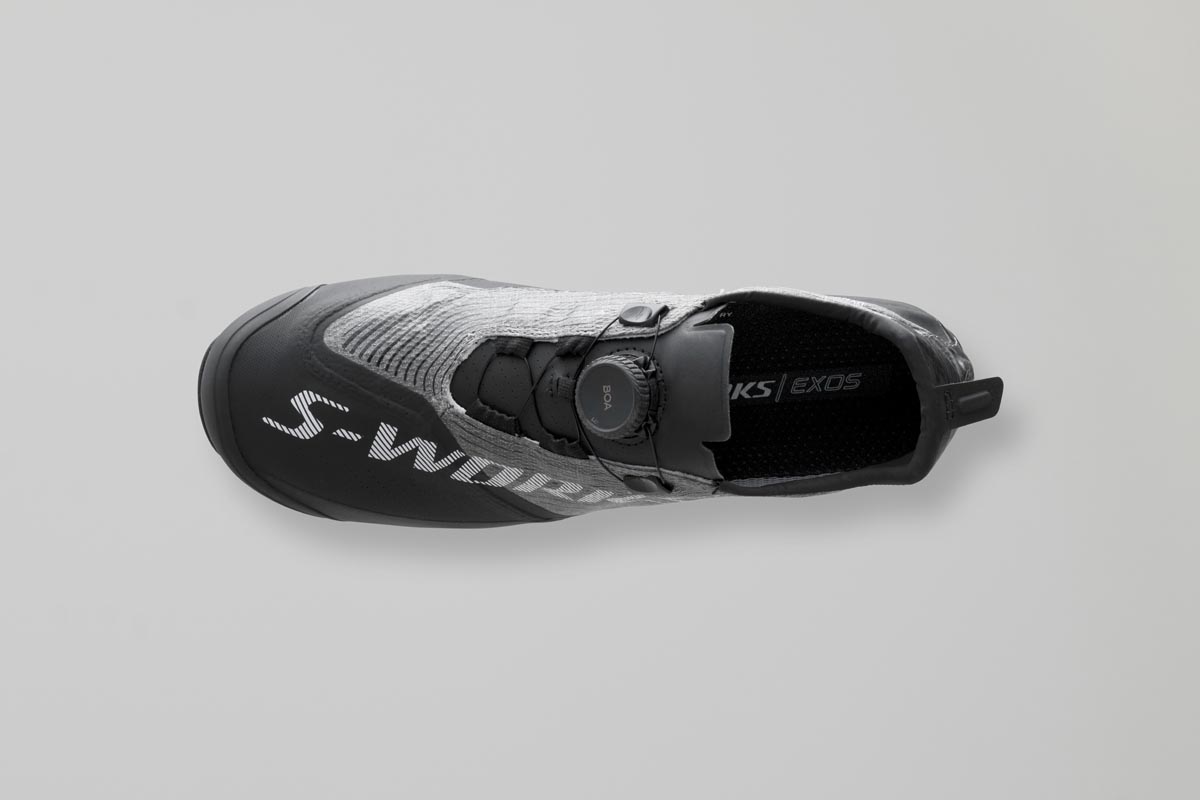 To get there, the EXOS EVO takes many cues from the EXOS with a proprietary Dyneema bonded upper that resists stretching and weighs less than previous S-Works uppers. A centrally mounted BOA Li2 dial is used to offer better micro-adjustment and fit. Specialized says that they also use a “reimagined toe box, which uses a sleeve that stretches comfortably over the top of the toes and forefoot while maintaining room for movement and flexion.” 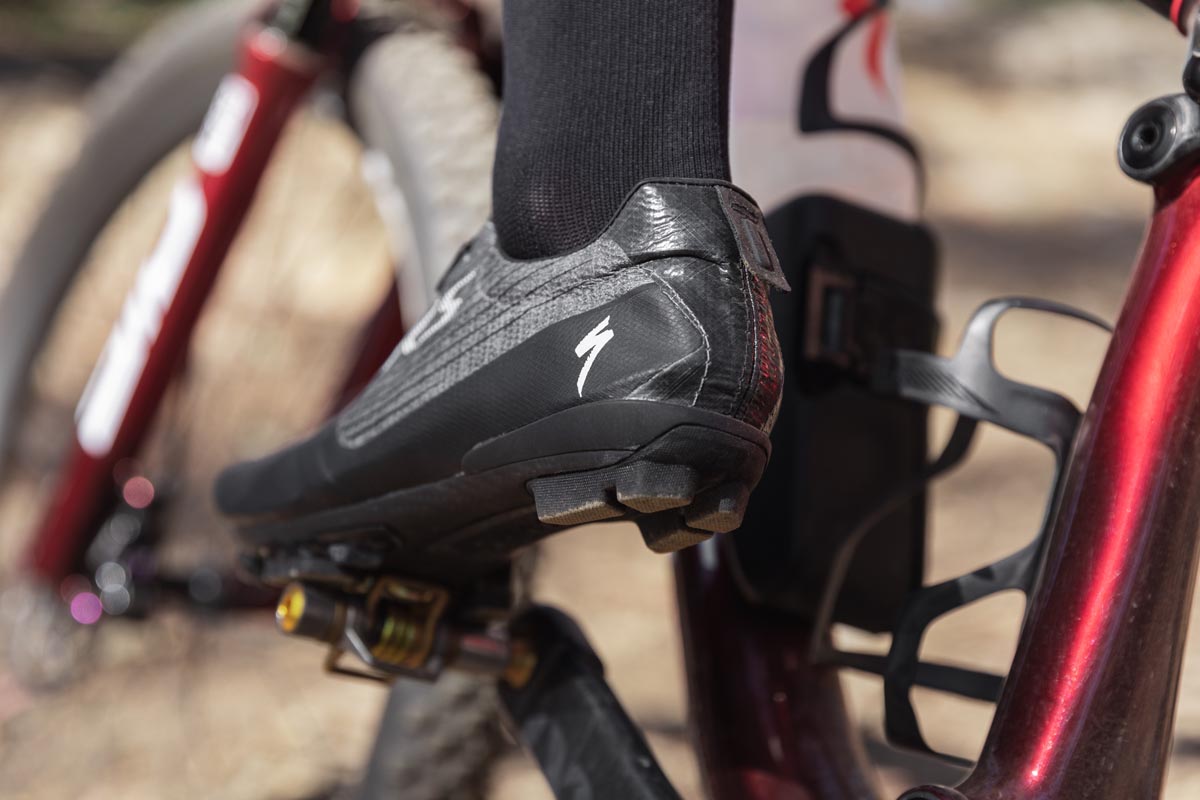 Instead of a traditional thermoplastic heel cup, the EXOS line uses Dyneema Cubic Tech and a layered design to make a heel cup that is just as vertically rigid but supposedly molds better to the foot for improved fit. It’s also lighter. As Specialized’s footwear category manager, Stephen Quay, told us from the EXOS launch, Cubic Tech is a special blend of Dyneema fibers that can be oriented in specific directions to prevent stretch in all directions.

The technology is also used on parachutes for spacecraft and spinnaker sales for racing sailboats, so it can hold up to even the world’s strongest sprinters. 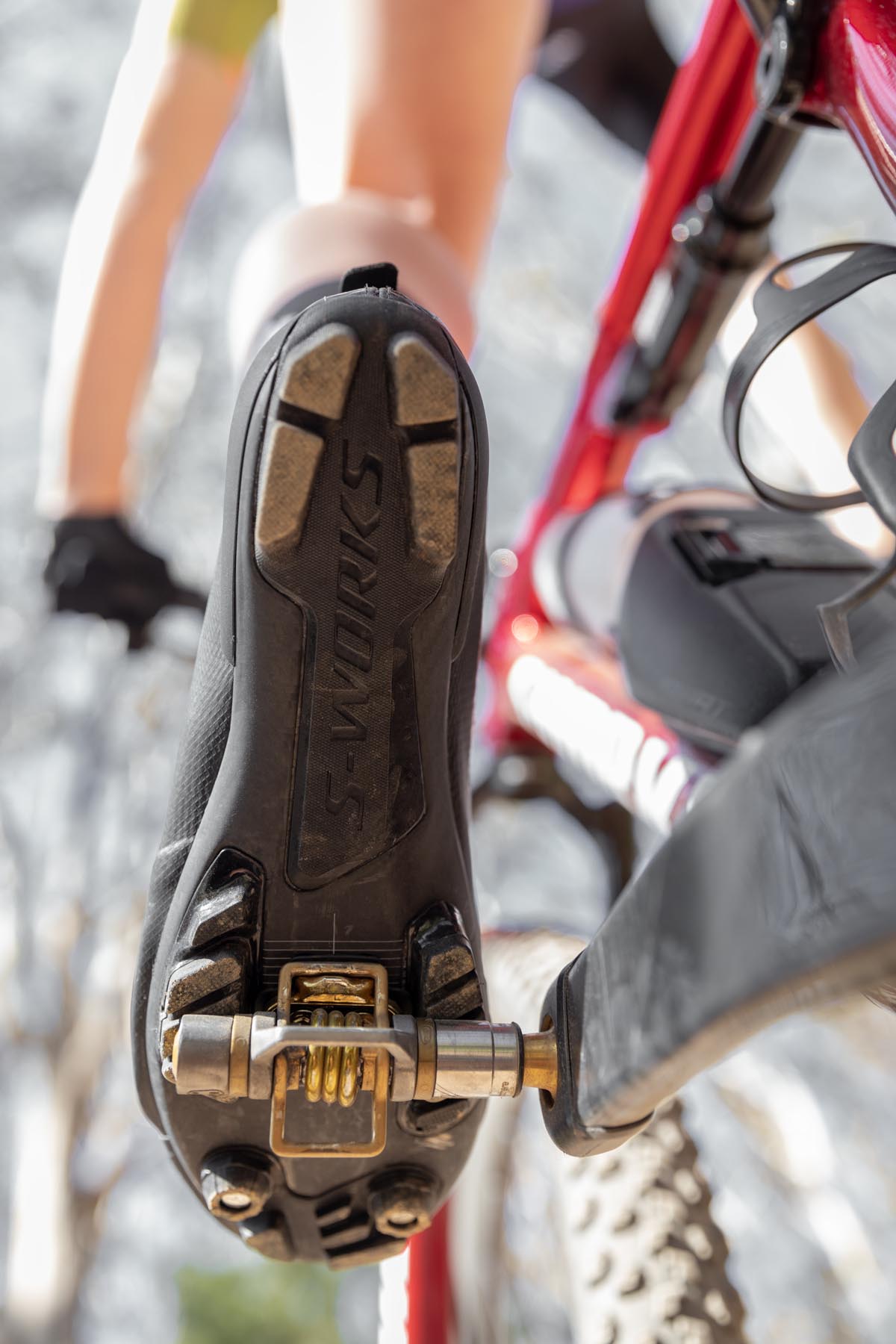 No matter how light, the shoes still need to put the power to the pedal. The EXOS EVO shoes do so with an XC FACT carbon sole with a stiffness index of 13. 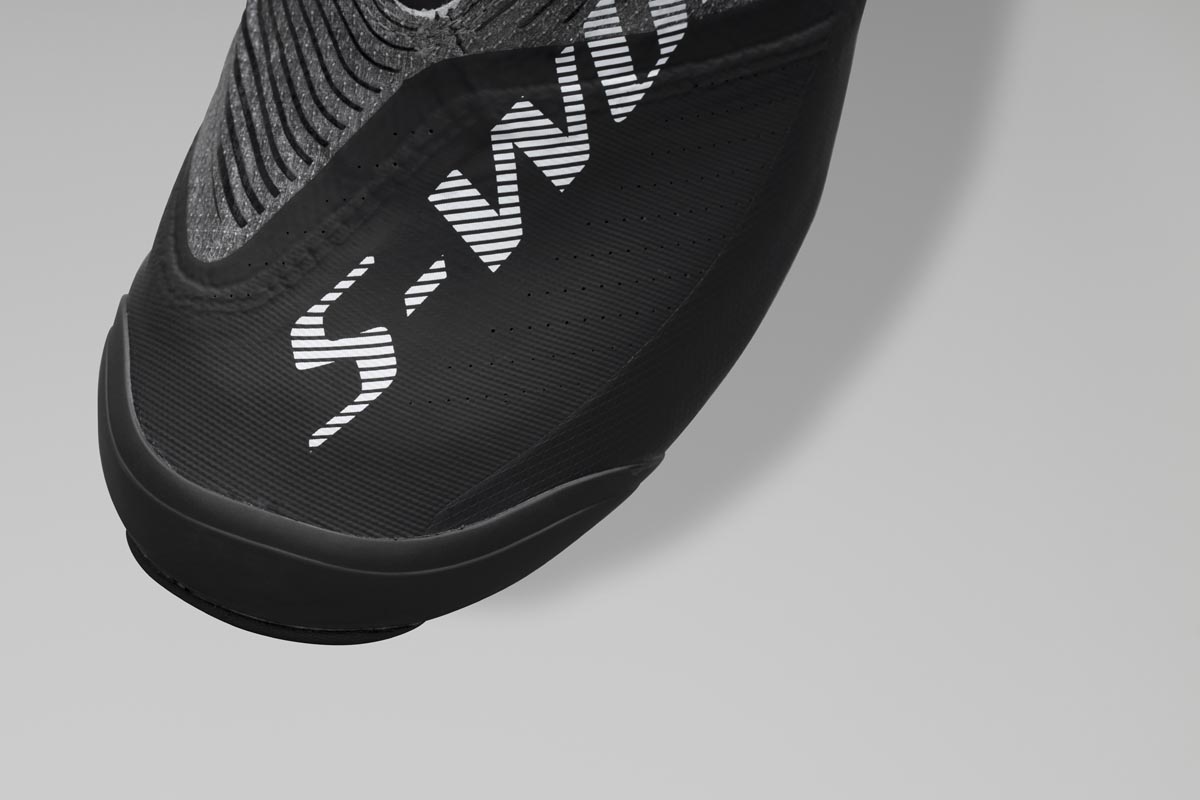 Even though they’re super light, these are MTB shoes, after all, so they’ve been given extra protection upfront in the form of a toe bumper and an additional layer of TPU around the shoulder. 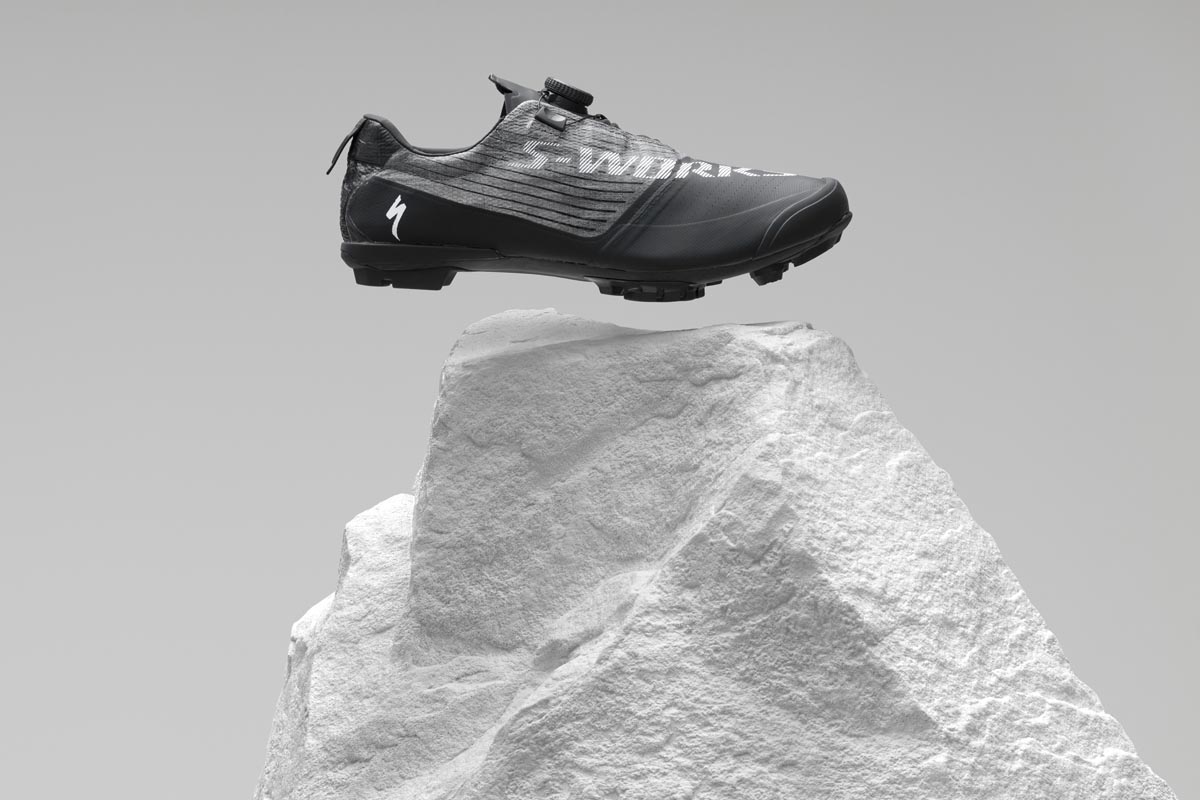 Essentially the MTB version of the road shoe also has the same price tag of $425. Yes, that is quite expensive but no more than the current S-Works Recon MTB shoes. Which is nice.