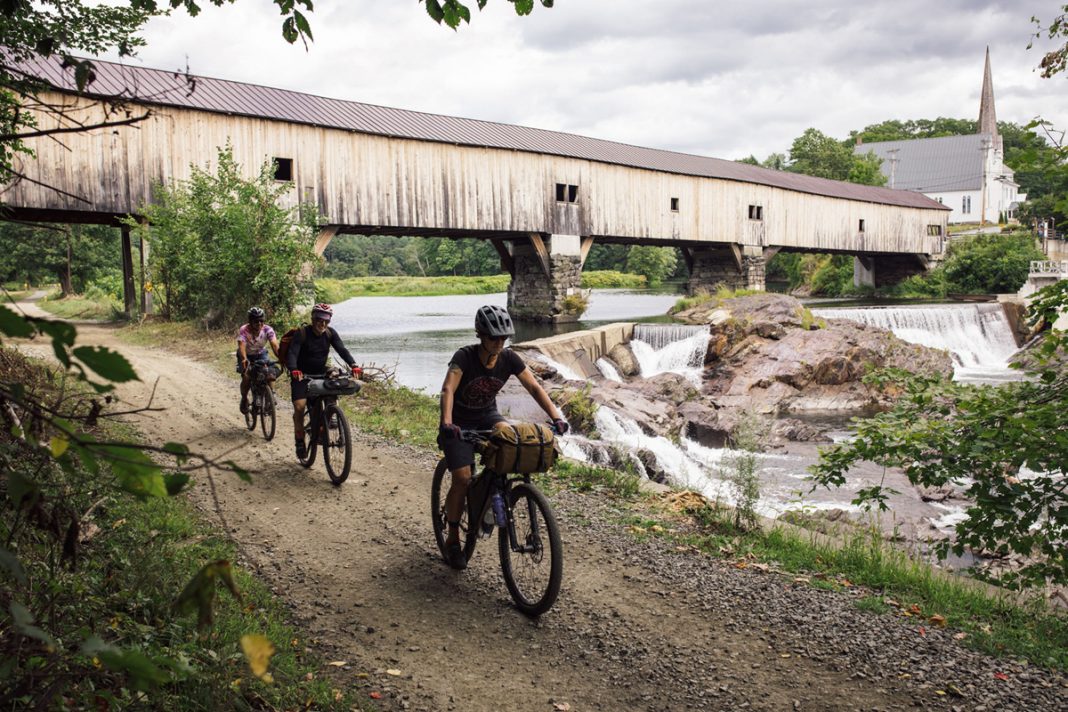 North American bikepackers, it might be time to add a few months of out-of-office time to your calendar. The 5,000 mile Eastern Divide Trail, nearing completion now, beckons you to ride from Newfoundland, Canada, to Key West Florida.

While the trail has been in the works for several years, the editors of Bikepacking.com today announced that major milestones are coming soon. And while final route refinement should happen by 2023, there’s still plenty of work to get done.

The website, which serves as a hub of project, sent out some details recently. Here’s what you need to know about the Eastern Divide Trail, and how you can get involved in finalizing what should become an iconic route across North America.

Eastern Divide Trail: What It Is

The Eastern Divide trail is an off-road-centric bikepacking route. It will start in Newfoundland, Canada, and end in Key West, Florida. The trail connects the grand vistas and ecosystems of the eastern mountains via gravel, dirt roads, bike paths, quiet backroads, and singletrack.

Route creators divided it into eight carefully designed segments. Cyclists can ride them sequentially or independently.

Riders conceived the Eastern Divide Trail in 2015 (EDT) to link the two great Eastern Continental Divides and create a bikepacking-specific route akin to the legendary long-distance hiking trail in the same region, the Appalachian Trail (AT). Similar to the AT, the EDT will connect the scenic eastern mountains and their seemingly infinite ecosystems. It courses the historical and cultural landmarks, natural wonders, and beautiful backcountry that thread through some of the oldest mountains in the world. 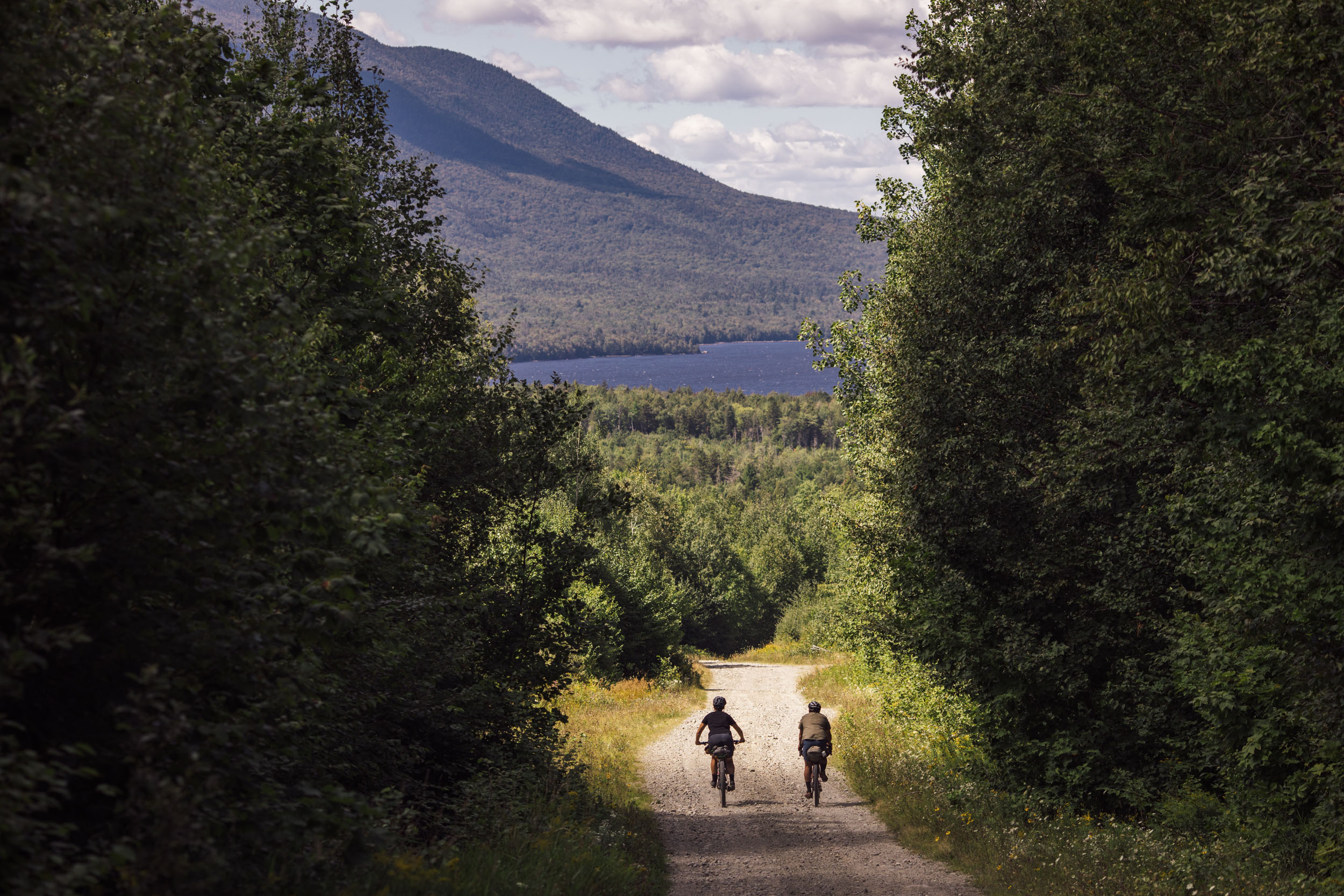 Once complete, the 5,000+ mile Eastern Divide Trail will be the longest contiguous off-road-centric bikepacking route in the USA. The route will run from Cape Spear, Newfoundland, the easternmost point in North America, to Key West, Florida, the end of the road going south in the United States. It will follow as much of the St. Lawrence and Eastern Continental Divides as possible, without compromising the focus on quality off-pavement riding.

The route will ultimately wind its way through dozens of national and state forests, numerous ecozones, and countless places of Indigenous, geographical, and historical significance.

The goal of organizers is for the Eastern Divide Trail route to have as much off-pavement, mixed-terrain riding as possible. Using the best of several established routes and a wealth of new ones, this mix will include gravel, dirt roads, and mellow singletrack. The aim is to provide a similar riding experience, level of difficulty, and surface variation as the Great Divide Mountain Bike Route. 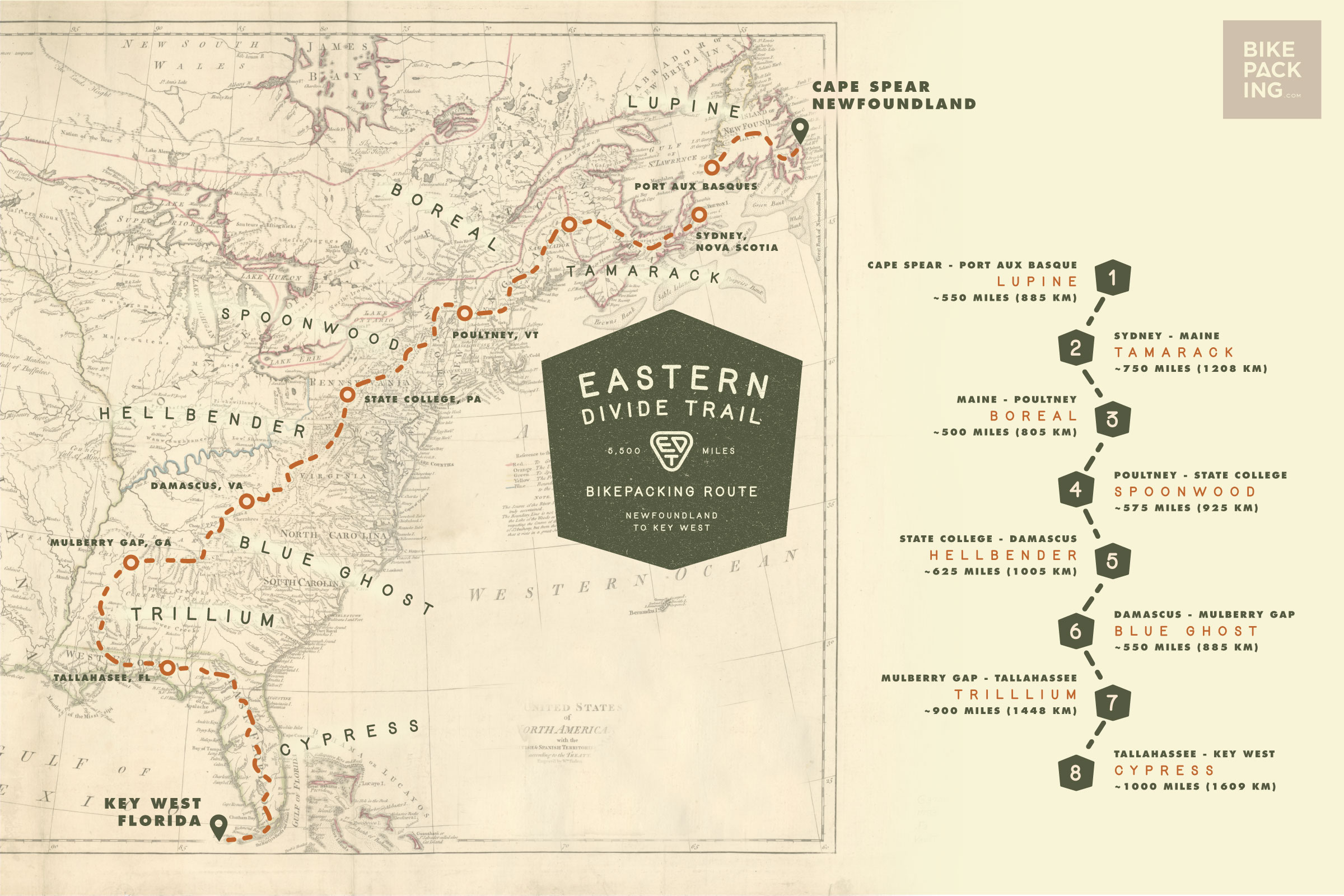 The eight segments can be ridden sequentially or independently. Each starts and stops at a significant town or city where lodging, transport, and other such amenities are accessible. This provides bikepackers with the option to set out on a single ambitious adventure or take in the route over a lifetime by riding each segment individually. Additionally, the team is working on several network alternates that will provide opportunities for loops.

BIKEPACKING.com will publish the route segments as individual guides. Each will provide highlights of the route segment, in-depth and educational information, maps, logistical data, and plenty of great photography to inspire people to get out and experience this unique adventure.

Originally conceived by Brett Davidson, the Eastern Divide Trail has been slowly percolating for over six years. Over the last three years, efforts to plan, scout, and finalize the project have ramped up, with a team of individuals at the helm who are deeply enmeshed in the East Coast bikepacking scene.

The Eastern Divide Trail board consists of five Route Directors (below) with the direct oversight of each segment managed by one or two Route Stewards. There will also be local Route Stewards selected to represent each of the eight segments of the route.

Organizers expect to publish route segment guides in the fall of 2021. They will complete most of the additional guides in 2022 and finalize the full project in 2022-23. Here is a rough schedule:

So far, the Eastern Divide Trail has mostly been a passion project. To bolster the effort in 2020, BIKEPACKING.com adopted the route among its Collective Routes — a member-funded project set up to develop, cultivate, and promote a collection of quality bikepacking routes around the world. After putting in thousands of hours planning, scouting, and designing, as well as committing a portion of funds into the project, there is still plenty of work to be done.

The Eastern Divide Trail team is looking for financial support from cyclists and the industry. It also seeks scouting efforts and local knowledge from the bikepacking community up and down the Eastern Seaboard.

In short, the planning stage of the route is about 85% complete. But there is still a lot of documentation, photography, and videography to complete. To close the gap, BIKEPACKING.com currently offers a limited run of Eastern Divide Trail bandanas and stickers as a premium for donations.

Additionally, the team is looking for potential Route Scouts to help provide feedback, waypoints, photography, and insight on several segments.

Find out how to help at bikepacking.com.