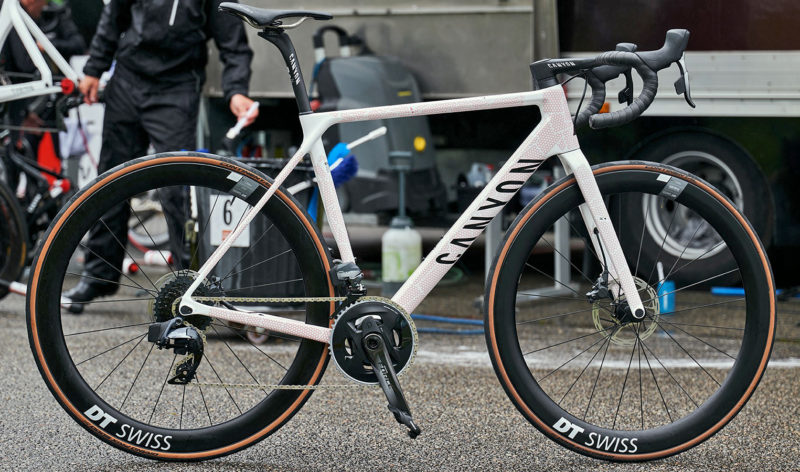 Canyon’s Ultimate CF SLX Disc carbon road bike gets a new TDF Wildcard ultra limited edition for this year’s 108th running of the Tour de France. Celebrating their Alpecin-Fenix and Arkéa-Samsic sponsored teams who both earned wildcard slots in the Tour, Canyon is making two decks of cards worth (including Jokers…twice 52+2) of the TDF bikes with a playing card themed design. 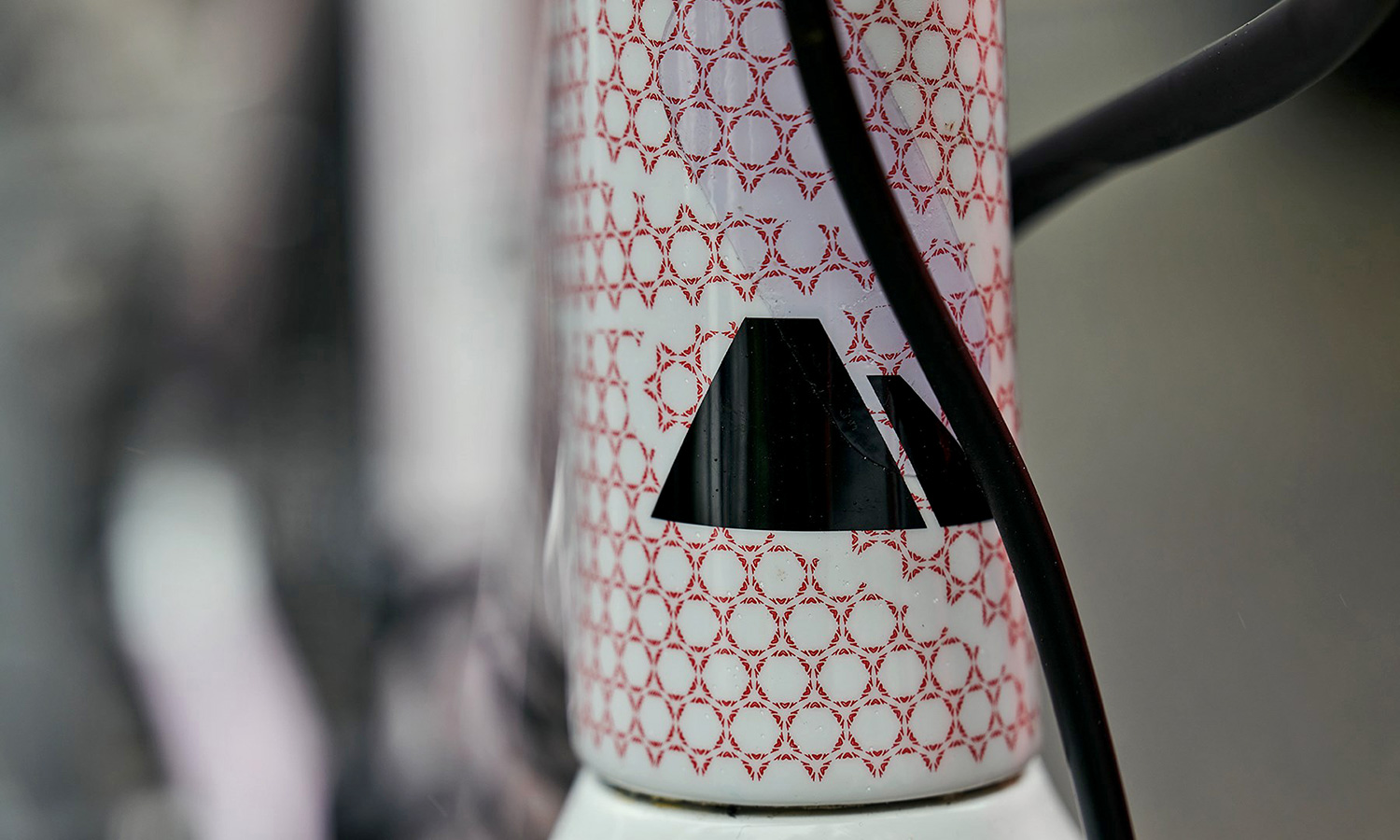 Conceived as a way to both celebrate the 108th running of the Tour de France and give thanks for the two wildcard spots their sponsored teams won to race the biggest of the Grand Tours, Canyon’s special limited edition road bike seems like a fitting tribute. 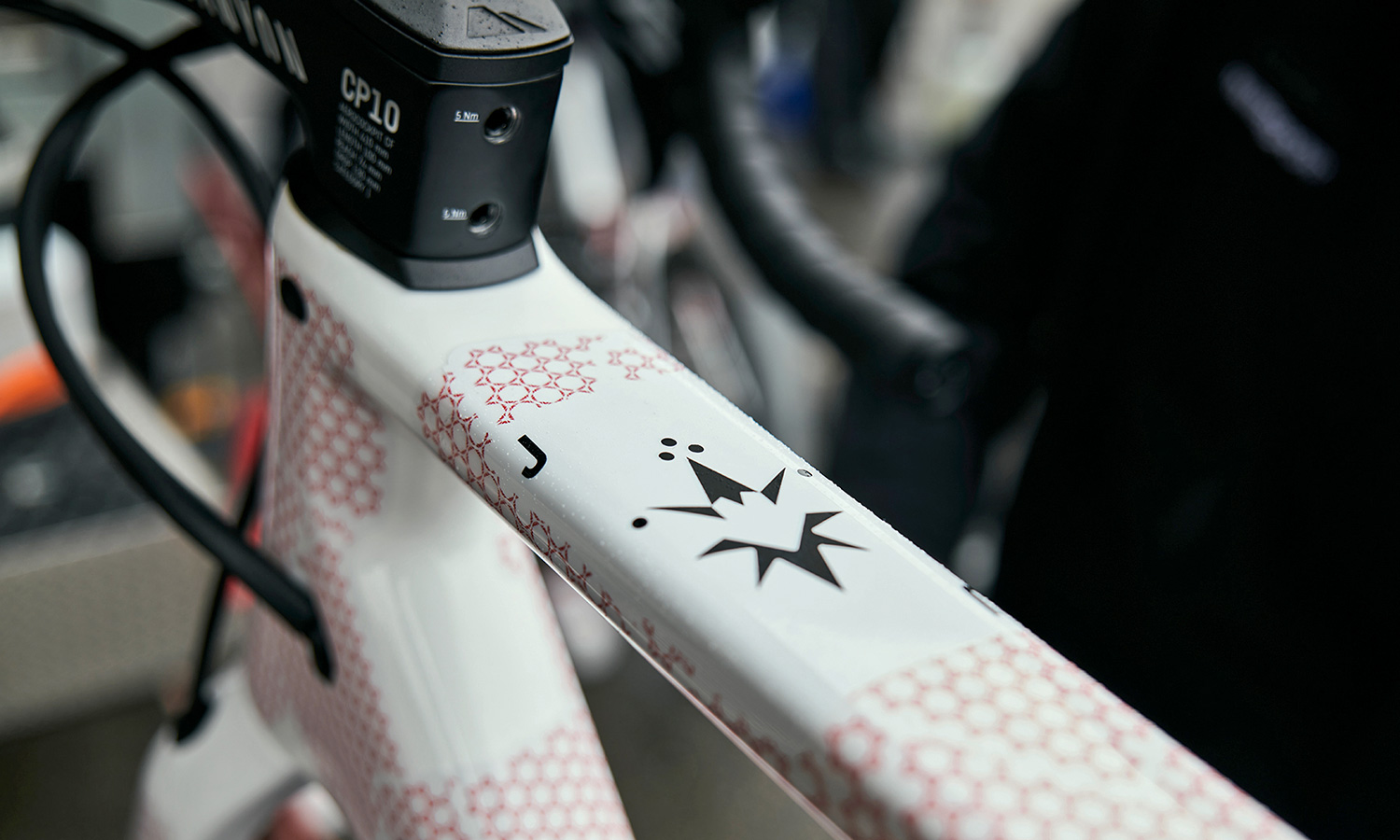 The unique paint job features a classic playing card motif design, with only the face of the Joker completely revealed as a symbol of good luck. 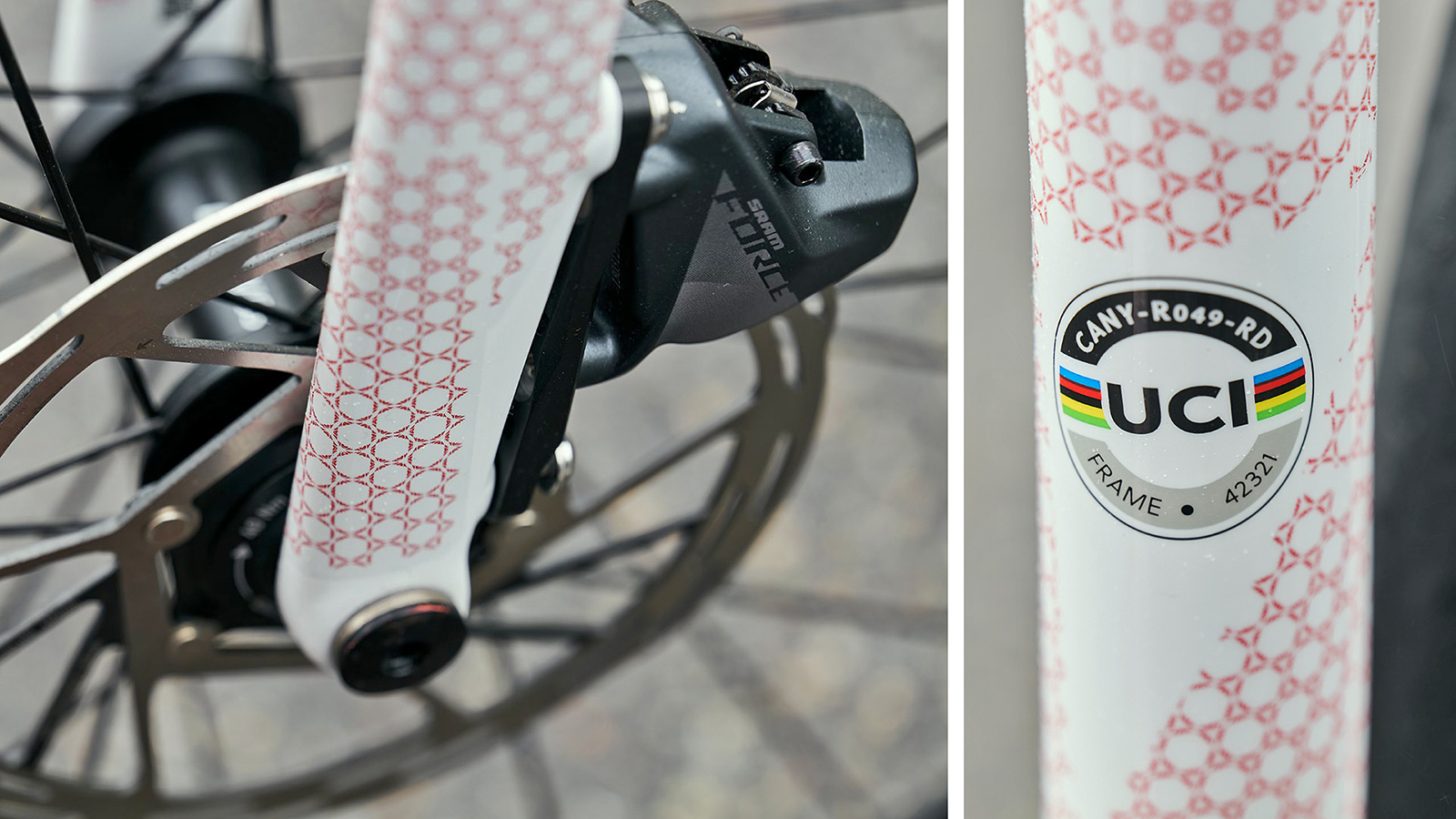 It certainly doesn’t hurt their argument for winning wildcard entries that Alpecin-Fenix has already won two of four stages, and currently holds the yellow jersey on Mathieu van der Poel’s back four days into the three-week race. 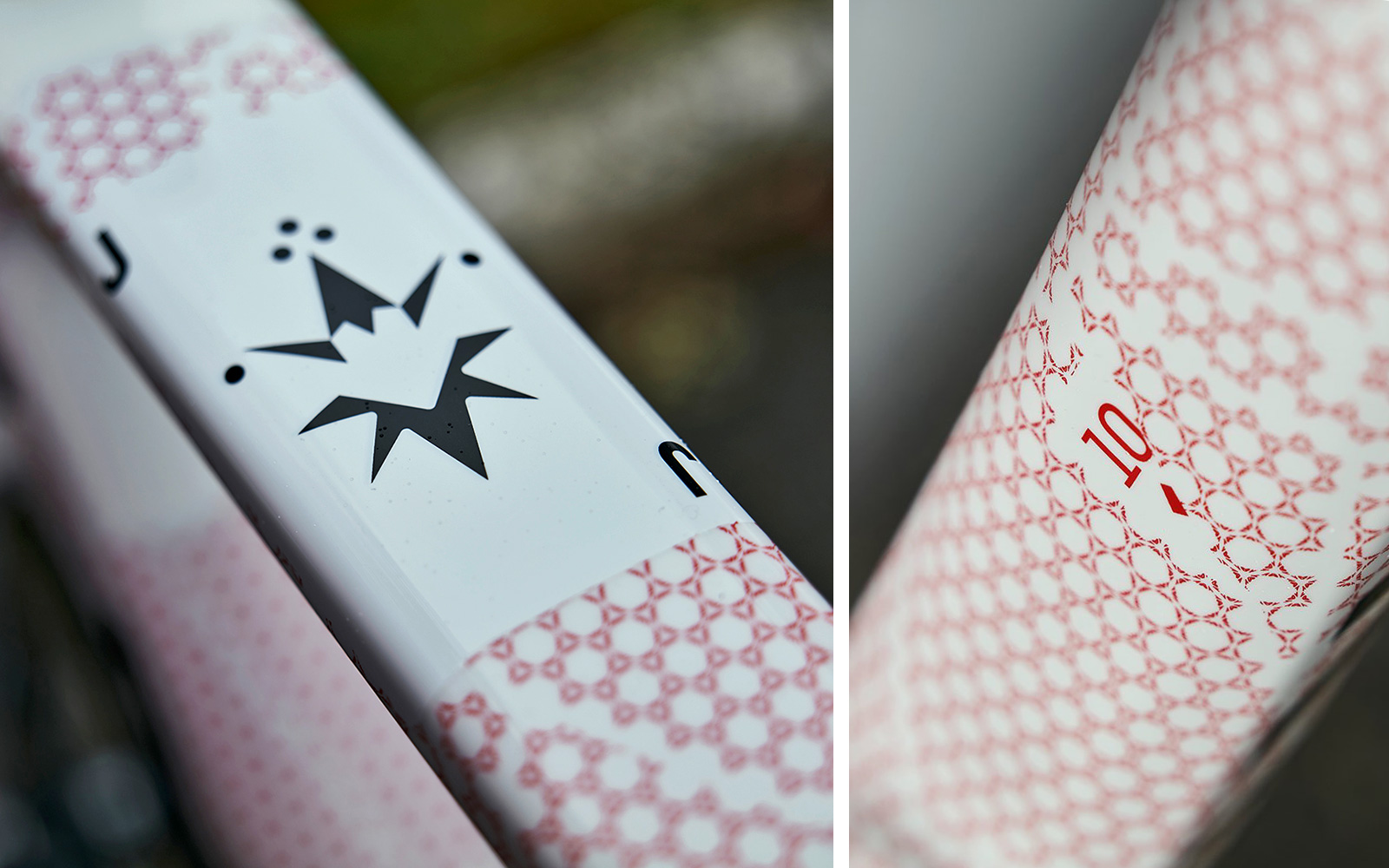 The Joker face design is also said to be based off a stylized Ermine, a shout-out to the regional flag of Brittany where the race begins, and home to the Arkéa-Samsic team. 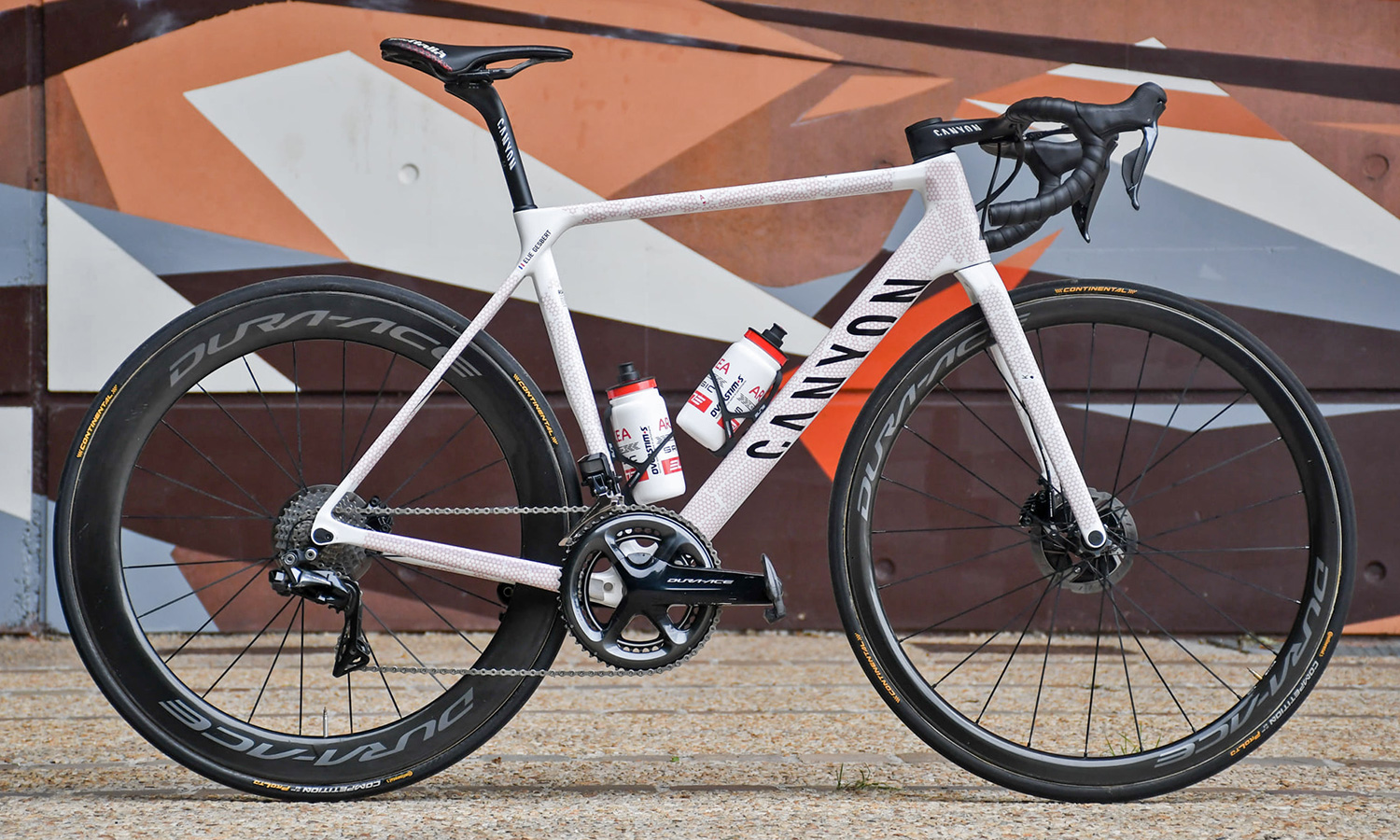 In fact, Brittany native Élie Gesbert is expected to race one of the special Canyon Ultimate TDF edition bikes with a team Shimano Dura-Ace Di2 build, at least once they start climbing in the mountains. 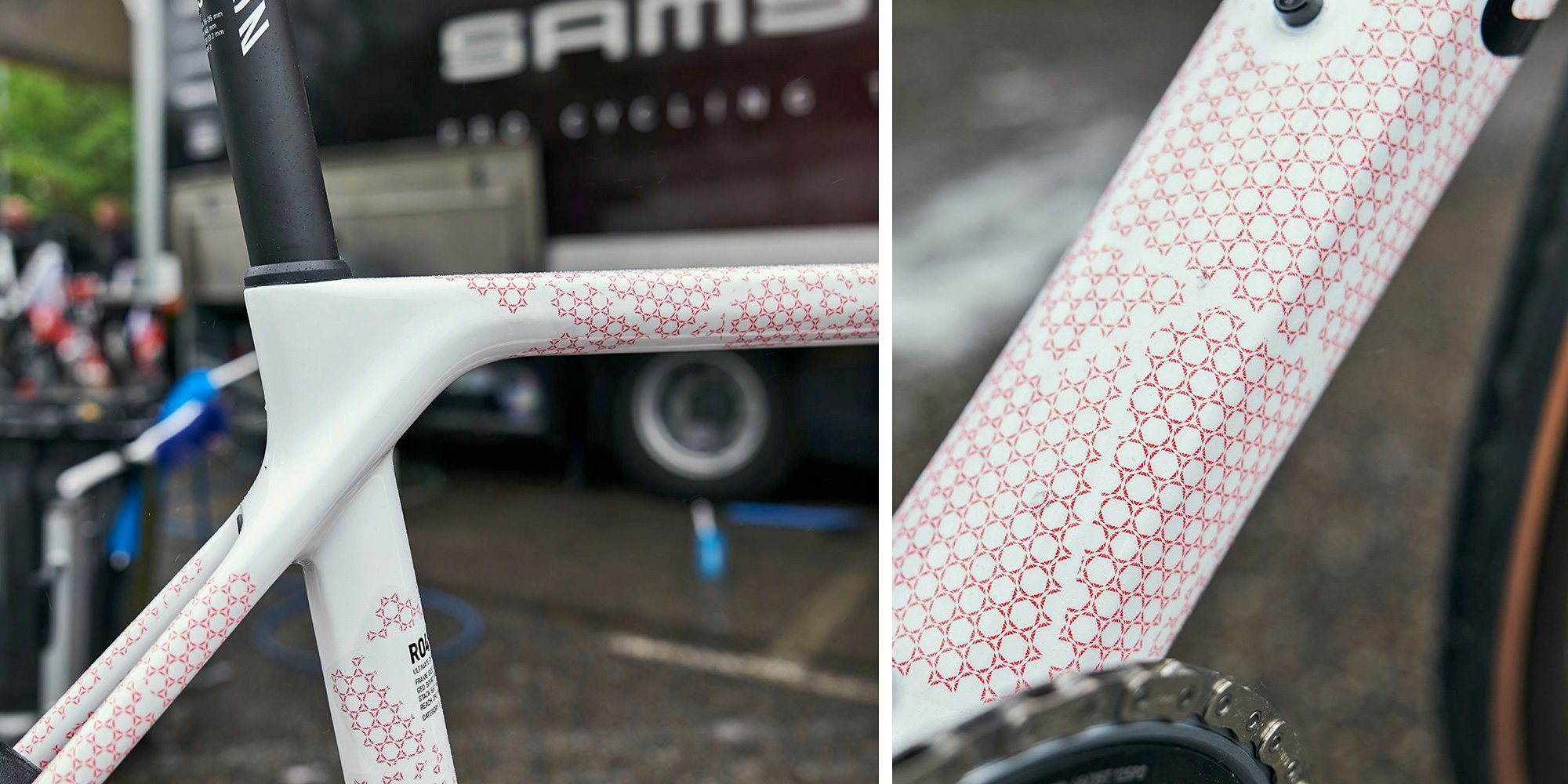 Canyon says the cards theme also looks back at a history of pros playing cards to pass the time in between stages, and even hints to the euphemisms of playing your cards well or keeping a good poker face to win a race. Beyond that Wildcard paint job itself, each bike buyer will also receive a matching deck of Canyon-designed playing cards with the same reverse-side graphic pattern as their frameset. 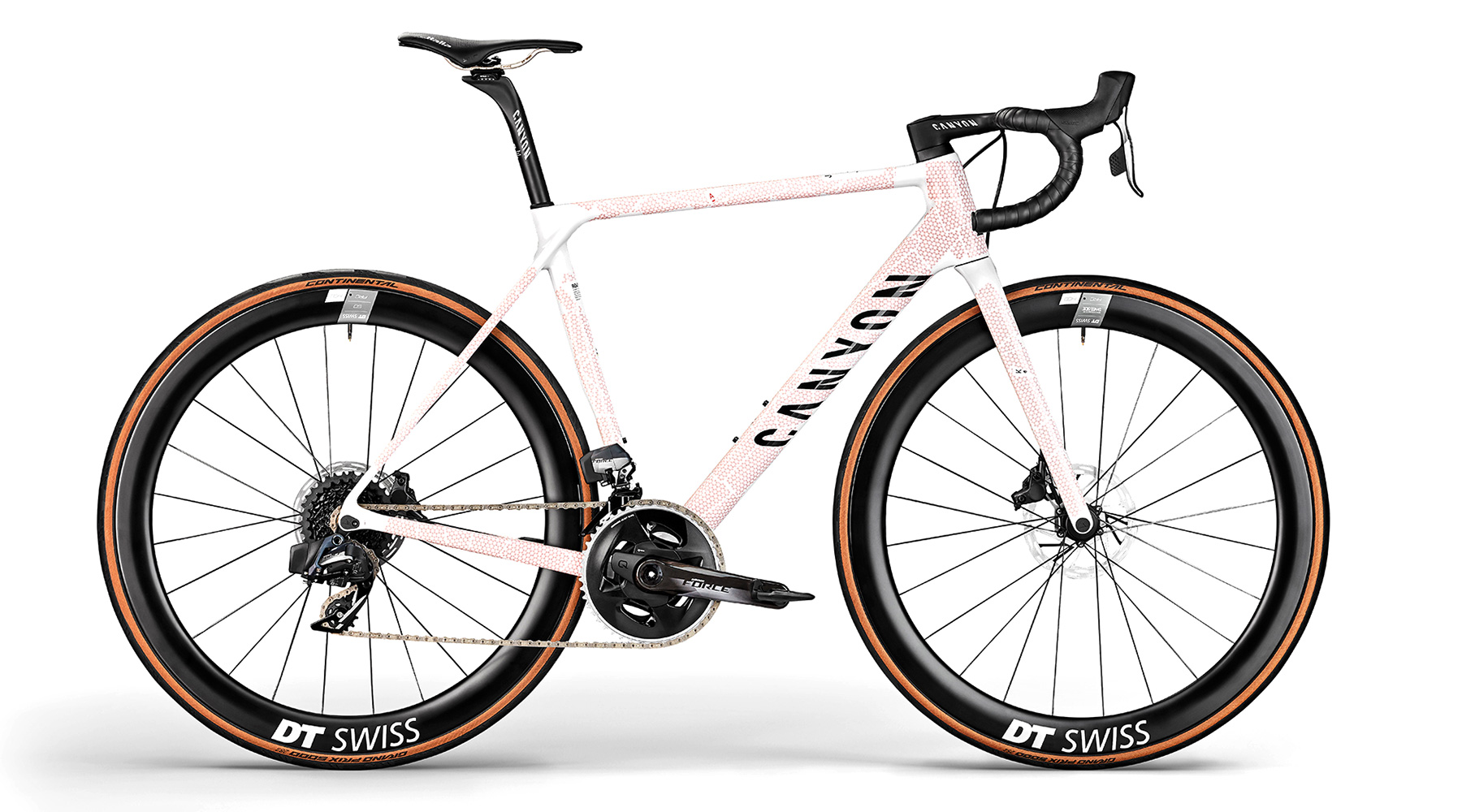 Just 108 of the limited edition Canyon Ultimate TDF bikes will be made available, starting today. Exclusively sold direct from Canyon in Europe, the custom-painted framesets are built up into a single 6000€ complete spec featuring a full SRAM Force eTap AXS 2×12 groupset with powermeter and a set of DT’s latest tubeless-ready ARC 1400 aero wheels with non-tubeless tanwall Conti GP5000 tires for a claimed complete bike weight of 7.48kg. The special edition bike will not be available in North America.