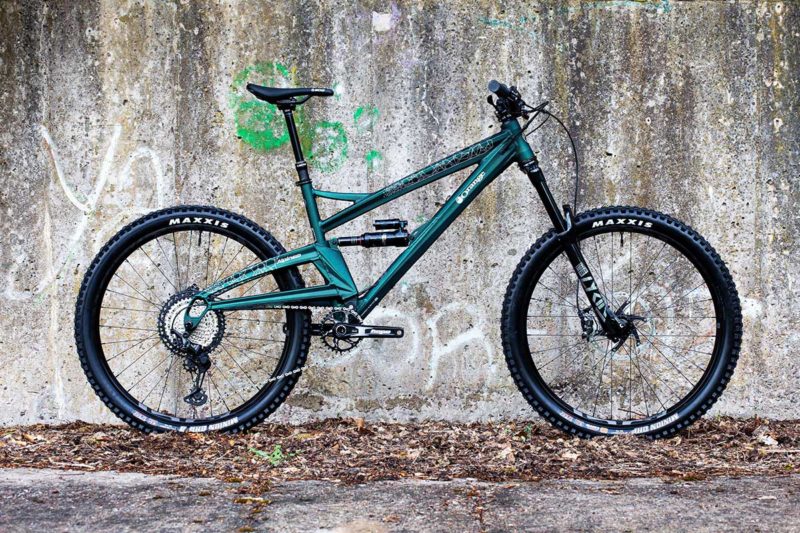 Orange Bikes are staying away from referring to the all-new Alpine EVO as an enduro bike. Preferring to remain on the fence, they say “it’s more versatile than that, but given a chance it will dominate any trail bike in challenging and aggressive terrain”. The 160mm fork is paired with a 155mm travel rear end delivered, as ever, by the classic Orange single-pivot. Before we get into the tech, here’s Joe Barnes giving the new Orange Alpine EVO a right seeing to… 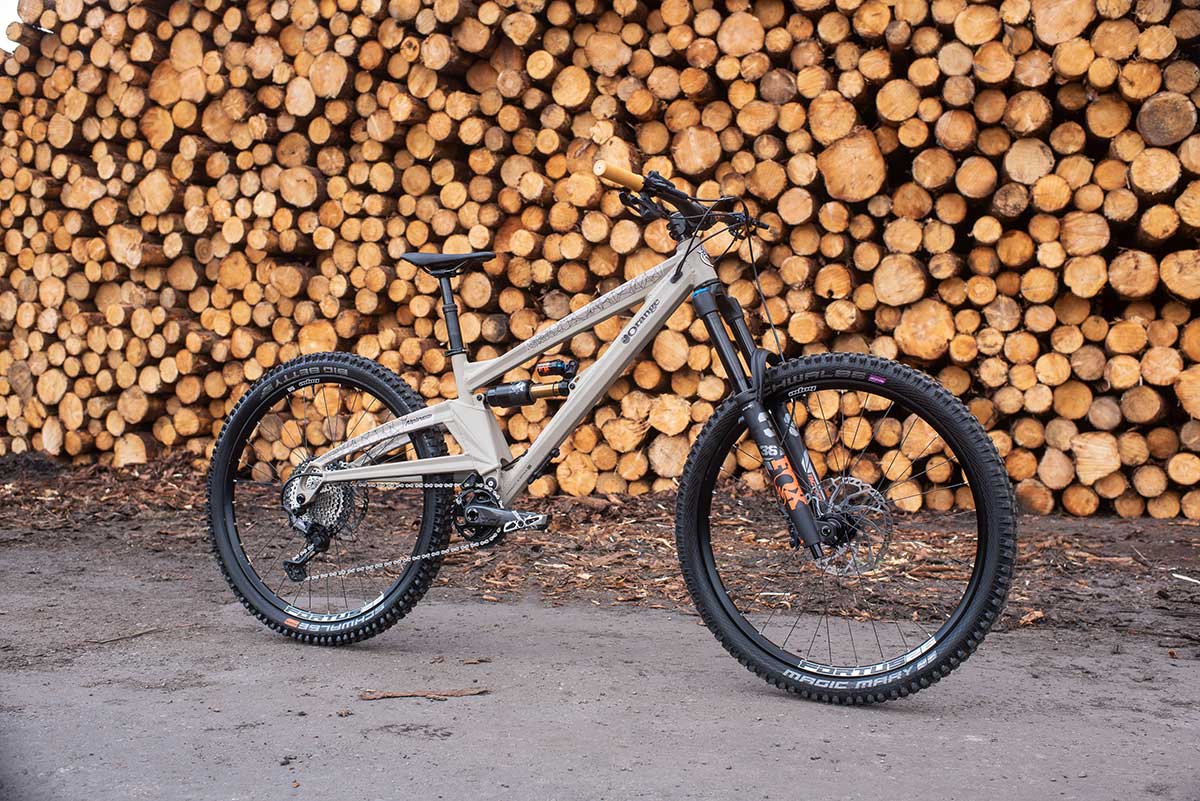 Orange say the Alpine EVO has the most progressive suspension of any Alpine to date. It’s still a single-pivot, though, so how progressive can it really be? We asked Kelvin Lawton at Orange Bikes.

“The leverage ratio of this bike is more progressive than the Alpine 6, independent of the type of shock or number of spacers. There are a number of factors which can impact this, but it all basically comes down to the frame layout. The pivot position, shock position, height of the front of the swing arm etc., they all make small differences to the bike’s feel”. We’re not trying to say that this bike now has a super progressive leverage ratio because it doesn’t, and that’s not what we want anyway. What is does have is more support throughout its travel and a noticeable increase in progression. It’s still very much a linear platform, but small changes make a big difference. The new EVO frame is now more suited to working with a coil shock, not that the Alpine 6 isn’t but the additional support found on the EVO does improve the feel” – Kelvin Lawton, Product Manager at Orange Bikes.

The Alpine EVO still runs 27.5″ wheels like the Alpine 6, but in a slightly shorter travel package with 160mm up front and 155mm out back. 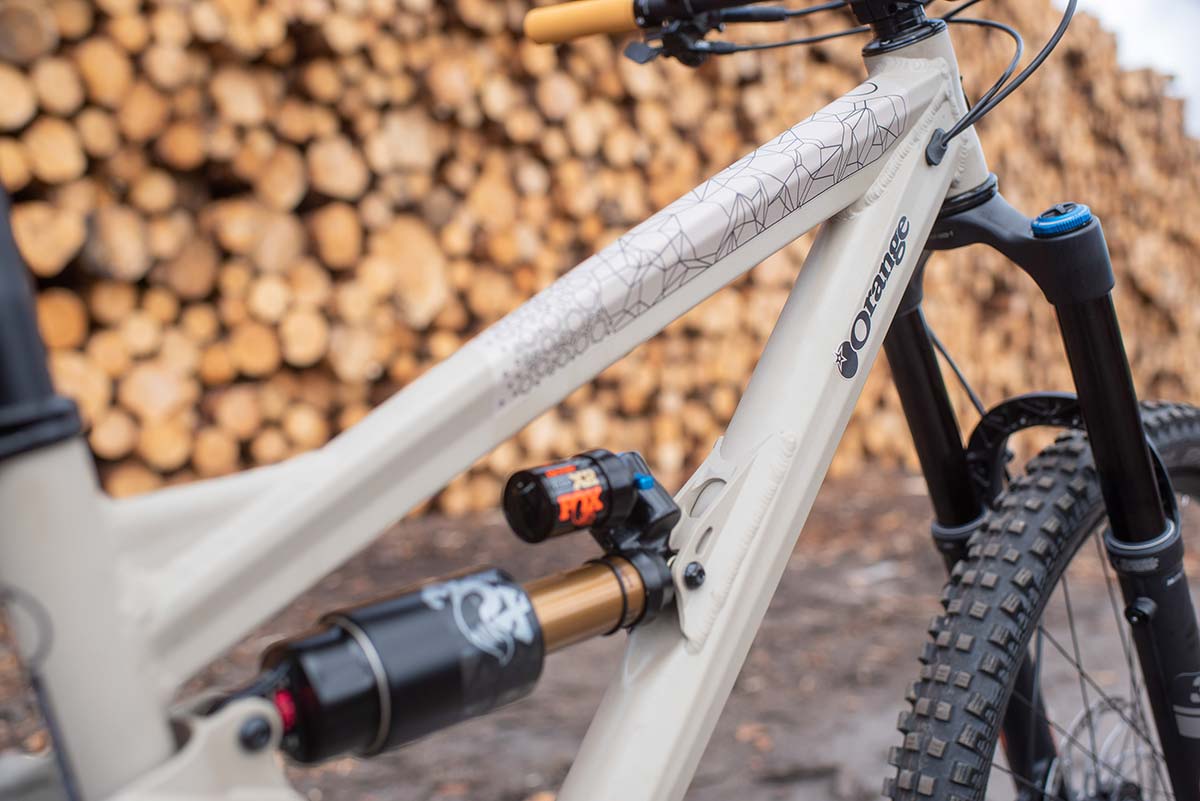 Those smaller suspension numbers are coupled with a slacker head tube angle, longer reach, longer chainstays and steeper seat tube angle to deliver a bike likely to be quite different in its ride character. 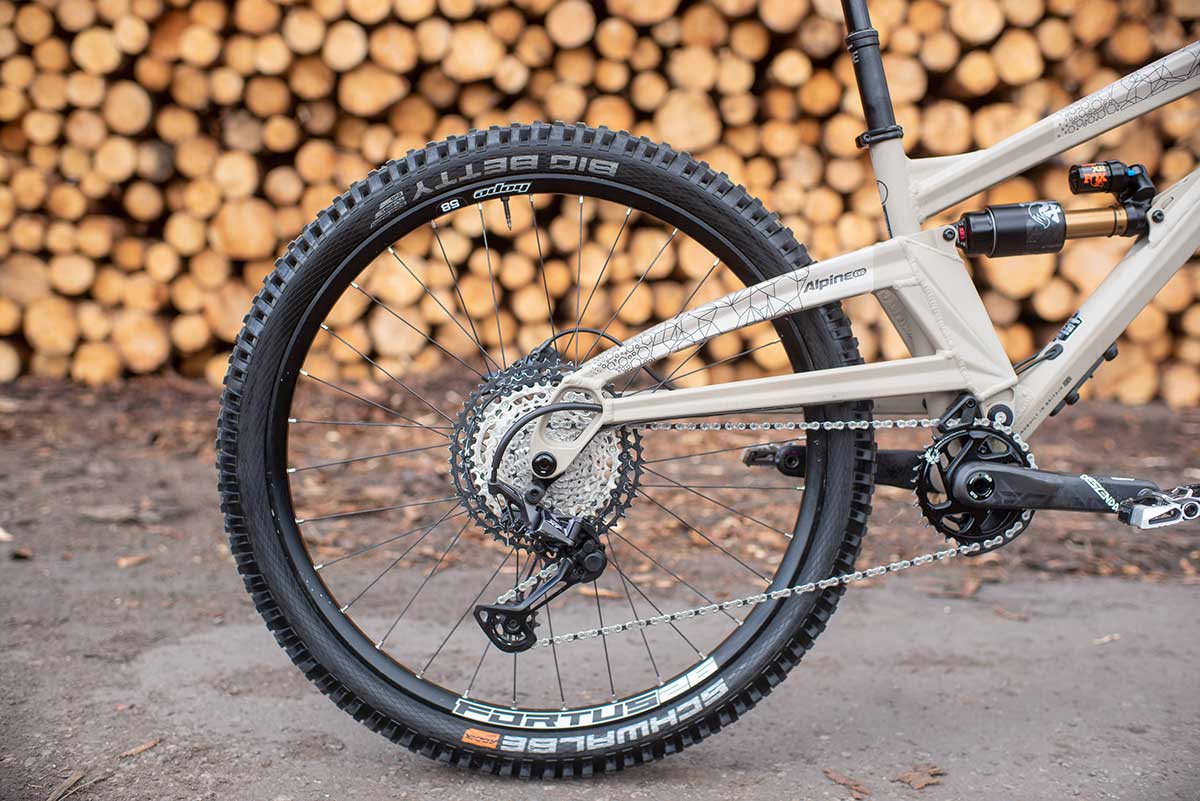 Across the S to XL frame size range, the head tube is a slack 63° while the seat tube angle sits upright at an effective 76°. On a size large, reach comes in at a very generous 495mm, with chainstays at 445mm (consistent across the range). Spec’d with a 37mm offset fork, wheelbase numbers come in significantly longer than those seen on the Alpine 6, at 1280mm in large. The BB drop is -17mm. 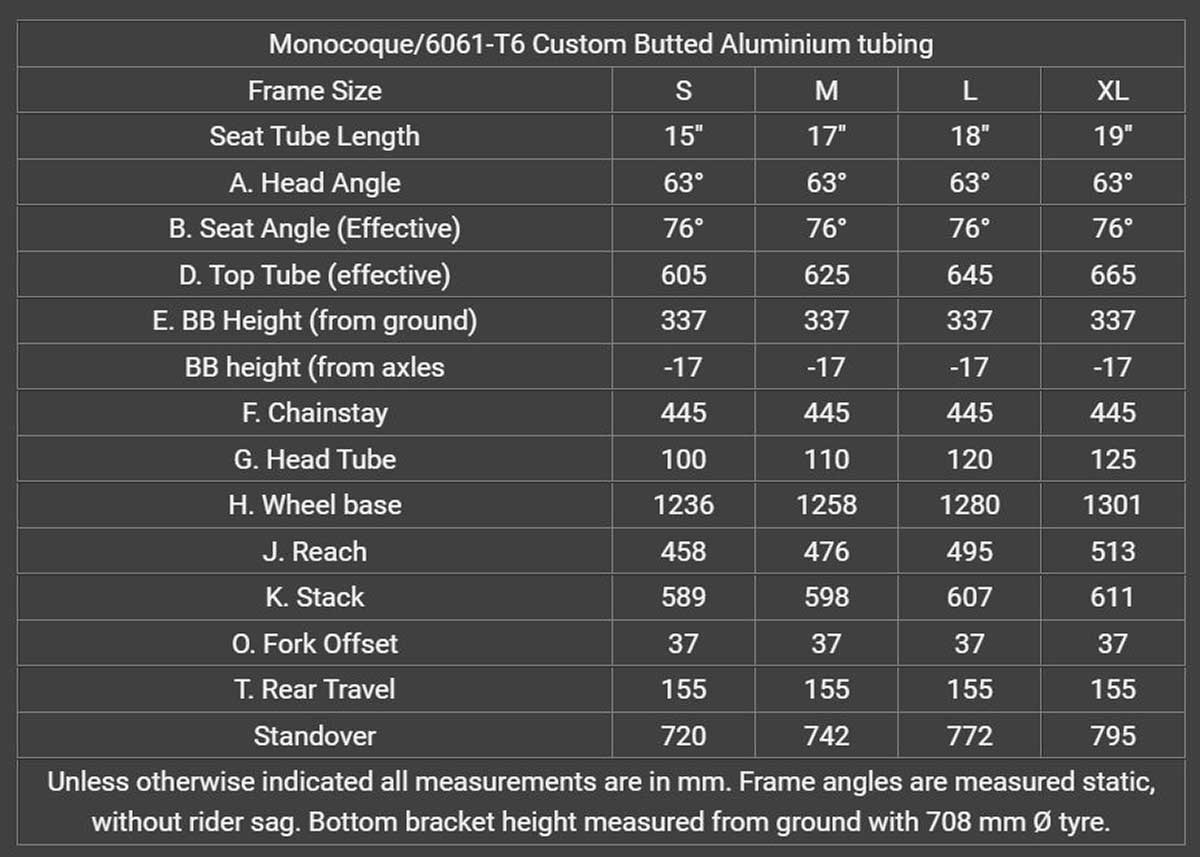 For the Alpine EVO, Orange have taken a new approach to the design of the swingarm. It still looks very much like an Orange swingarm of course, and it is still made from custom formed monocoque 6061-T6 aluminium. It is now asymmetric, however, with a lowered non-driveside chainstay, designed to better resist twisting under pedaling loads. Orange say it does this whilst maintaining the lateral flex that gives grip when the bike is leant over. 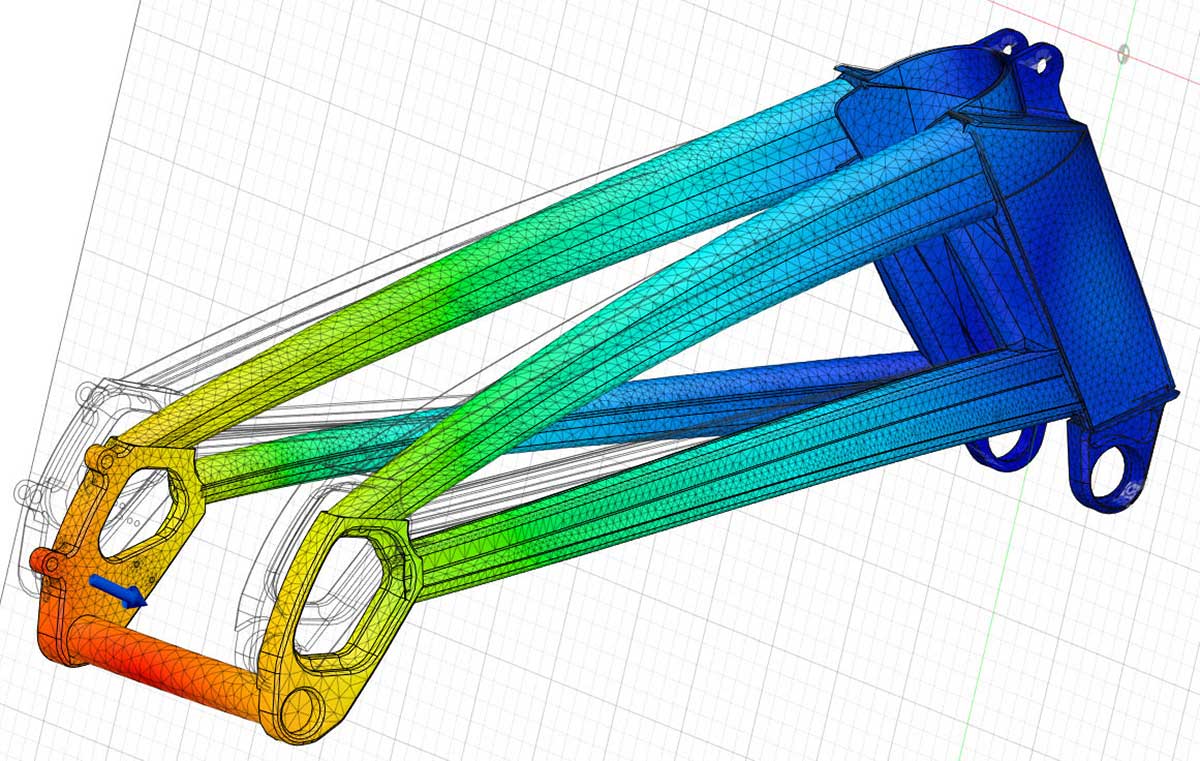 Orange relied heavily on finite element analysis during the frame’s development to fine-tune the lateral and longitudinal stiffness beyond the levels that they have achieved before. In addition to lowering the non-drive-side chainstay, Orange have further integrated the bearing housings and revised tube thicknesses, resulting in a 20% increase in longitudinal stiffness and a 15% increase in overall strength compared their previous construction methods. This improved stiffness ratio is said to aid pedal efficiency through a reduction in twisting and enhance shock performance, all without a weight penalty. 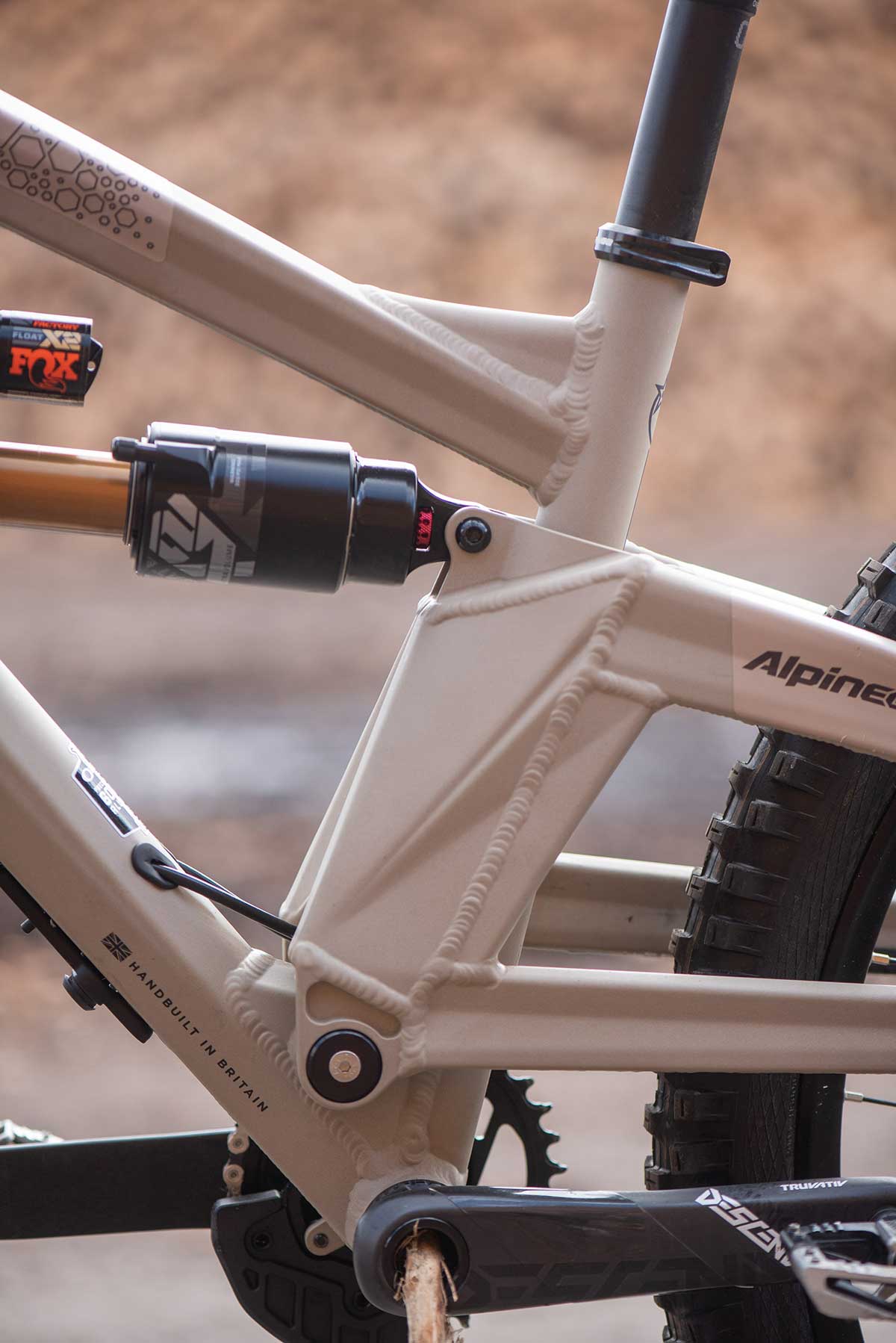 Orange also tell us that the frame’s asymmetric bearing housing means they can use a neutral pivot location with less drivetrain/suspension interaction, allowing the bike to pedal smoothly through the choppiest of terrain. 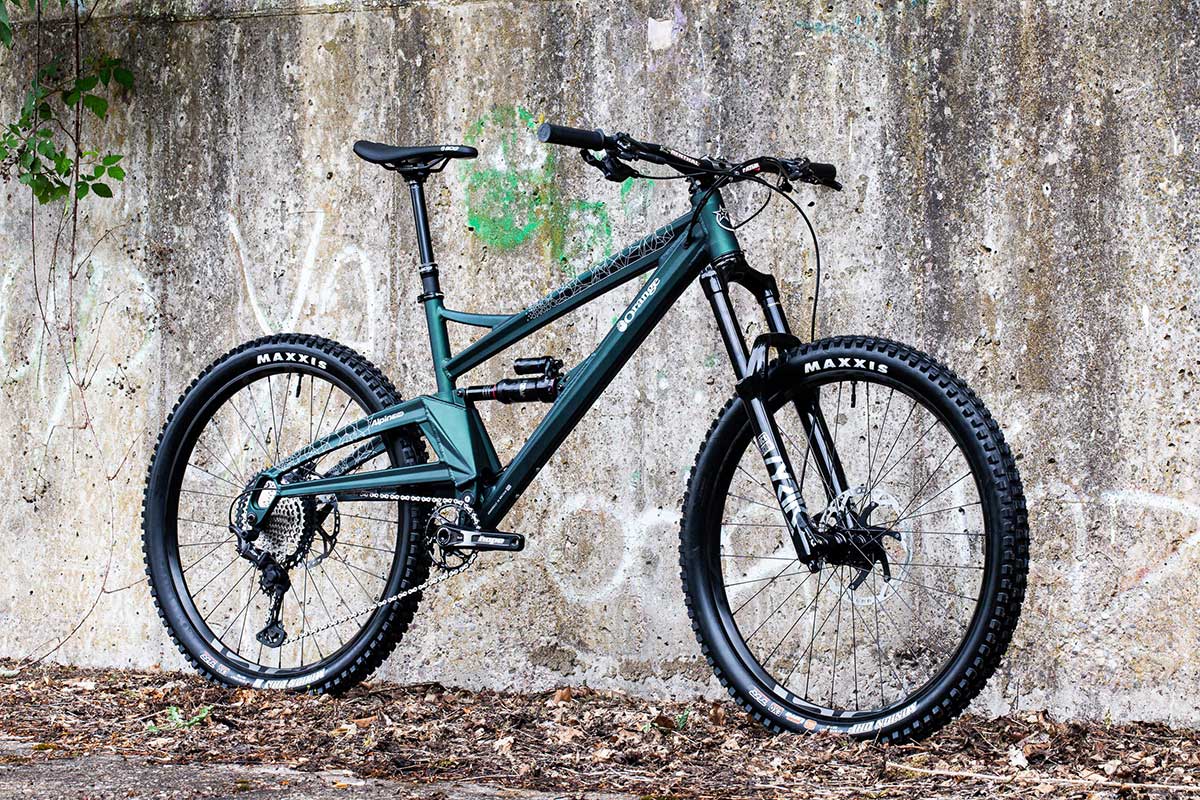 The Orange Alpine EVO is now available in the LE (Launch Edition) only, retailing at £5,900. It comes in with a pearlescent Stealth Green paint finish with a performance component package including:

The Alpine EVO LE is available now from Orange dealers. The brand do plan to sell a frame set alone and four additional model builds, but with parts availability the way it is, they aren’t able to confirm exact specifications or pricing yet.