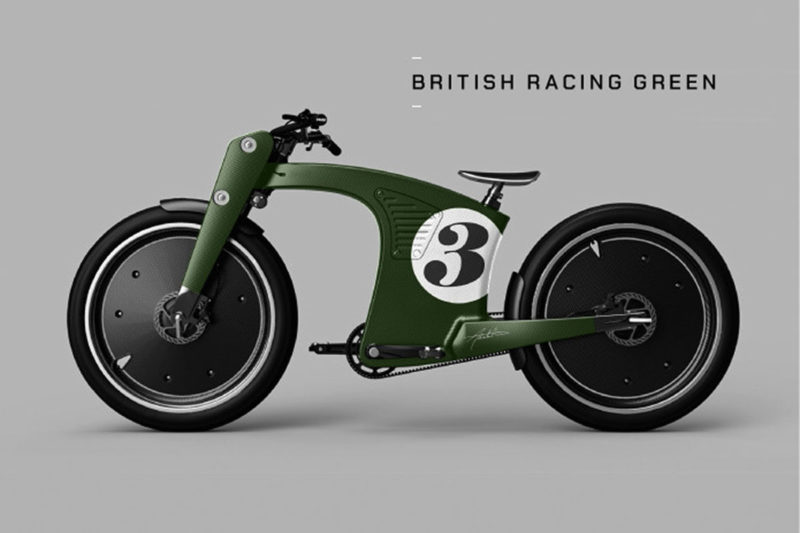 The CrownCruiser is a wild-looking creation; the latest in a series of eBikes that look to blend the suspension of off-road bikes with the slicker tires and relaxed upright riding position of a city cruiser, with a motor, of course.

The CrownCruiser eBike is something of a hybrid two-wheeled vehicle; it could, theoretically, be described as a 26″ fat bike, a carbon hardtail mountain bike, a comfort urban eBike, or any of the above, simultaneously. The yet-to-be crowdfunded CrownCruiser pairs a Bafang motor with a Gates Carbon Belt Drive on a carbon fibre frame to produce a 55 lbs eBike (claimed weight) designed to be ridden anywhere. Kind of.

After watching the promo video for the CrownCruiser eBike we’re a little dubious about the creator’s off-road ambitions for it. We refer mainly to the scene at the end where the rider removes what is clearly a full face helmet more commonly used for downhill mountain bike riding. Of course, the rider’s choice of helmet is none of my business, but I do believe the geometry of the bike isn’t best suited to that particular pursuit. 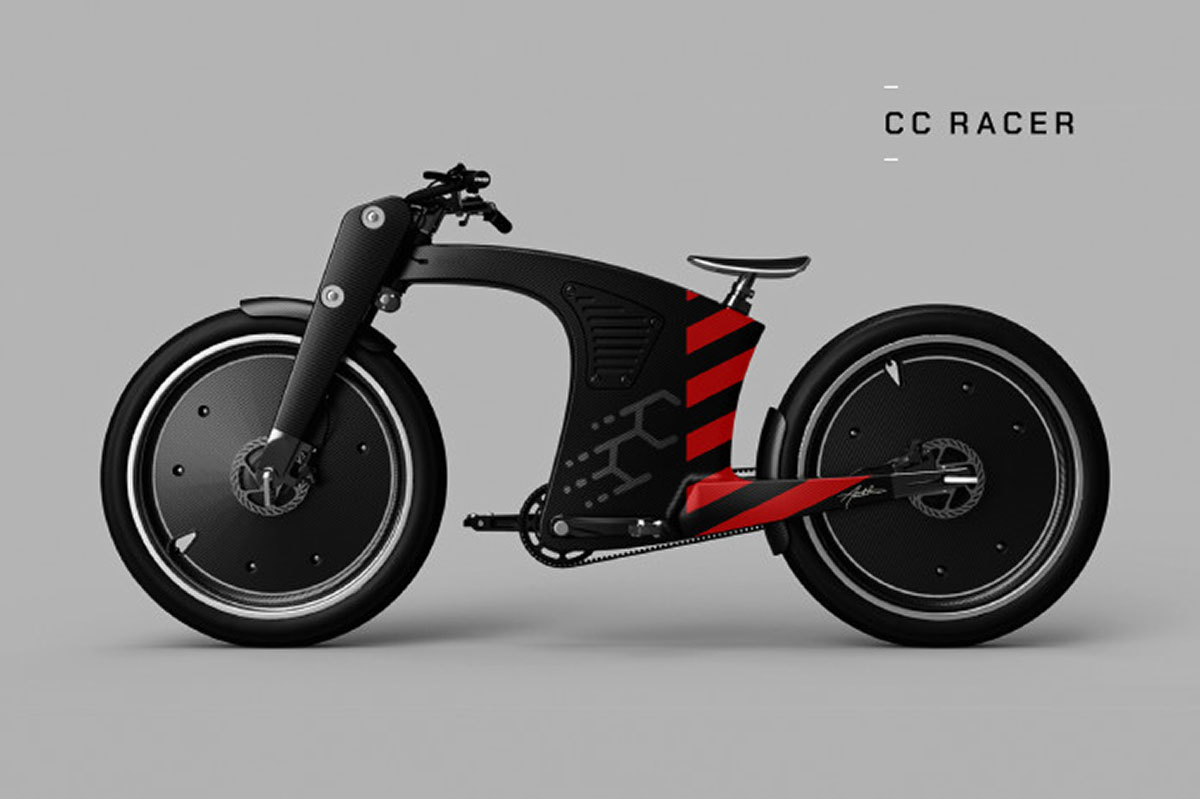 If the CrownCruiser is successfully crowdfunded via the live Indiegogo Campaign, the spec list will be as follows:

The CrownCruiser will feature its very own built-in security system. Your smartphone will serve as the key; simply approach the bike to unlock it and when you walk away again, the bike will automatically lock itself. 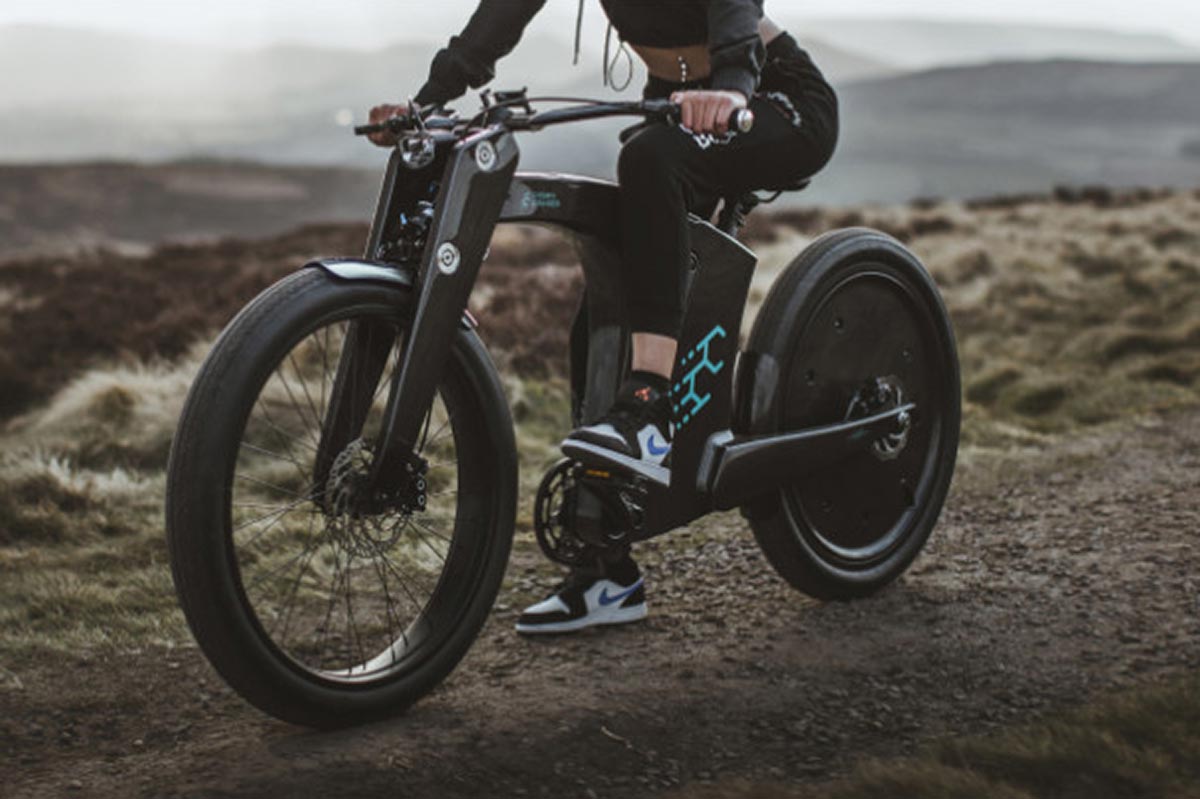 It will also have a motion sensor for the detection of suspicious movement when it is locked – GPS tracking begins when the sensors detect movement so the owner can track the bike’s whereabouts at all times. You can also set an alarm, the noise of which can be tailored to your liking. Instead of a simple alarm noise, you can set it to shout “GET AWAY FROM MY BIKE”, repeatedly, or whatever else you may wish to scream at a potential thief.

The CrownCruiser’s integrated gyro and accelerometer sensor will also be able to detect impact during a crash. You can set it up to automatically send a notification to your emergency contact in the event of an accident. 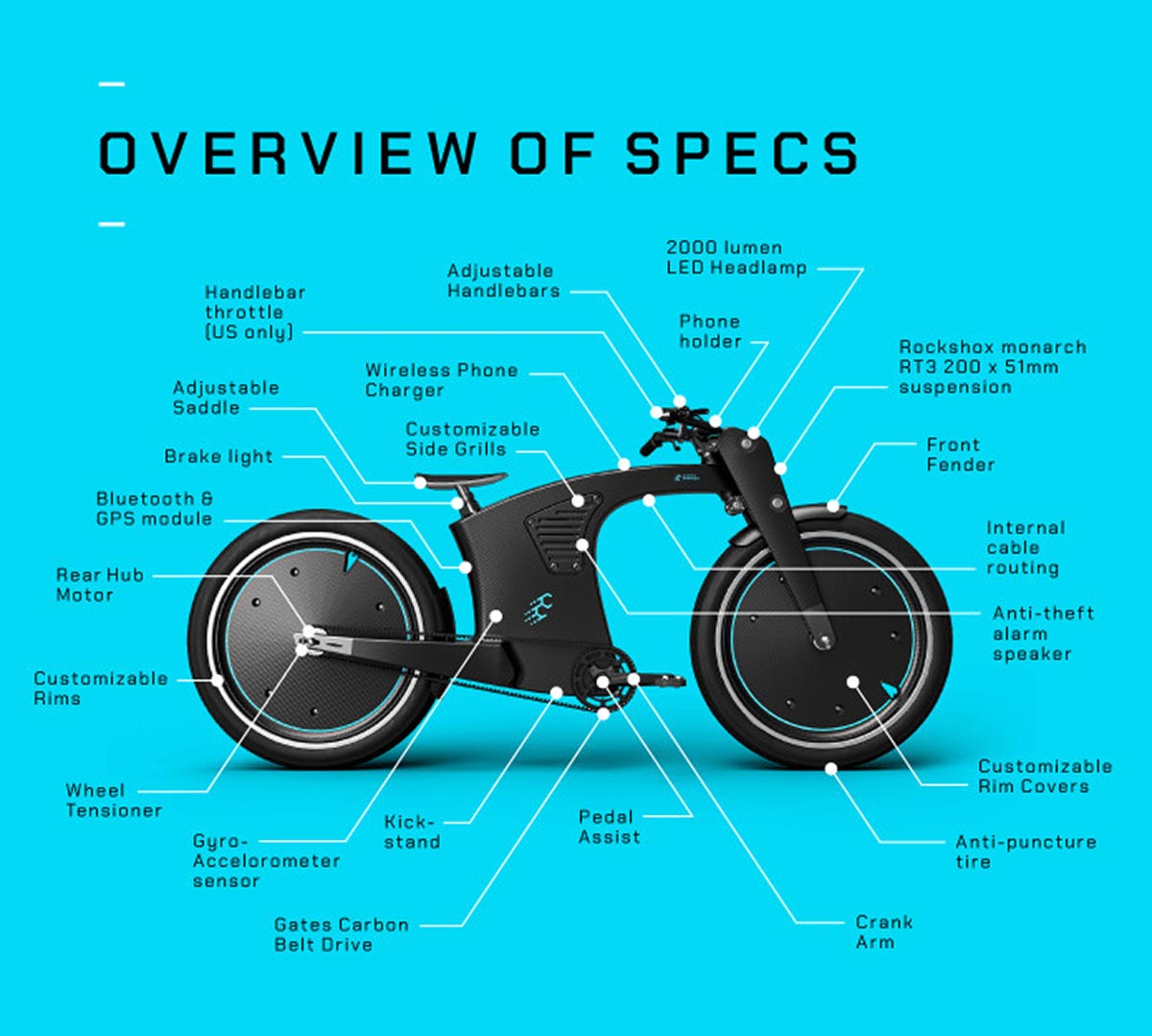 The CrownCruiser is said to be suitable for riders between 5′ 4″ and 6’4″ tall. That wide range is possible due to the adjustable saddle height and effective reach. It looks like you’re able to adjust the distance the handlebars are away from the saddle, as well as bar height, but not independently.