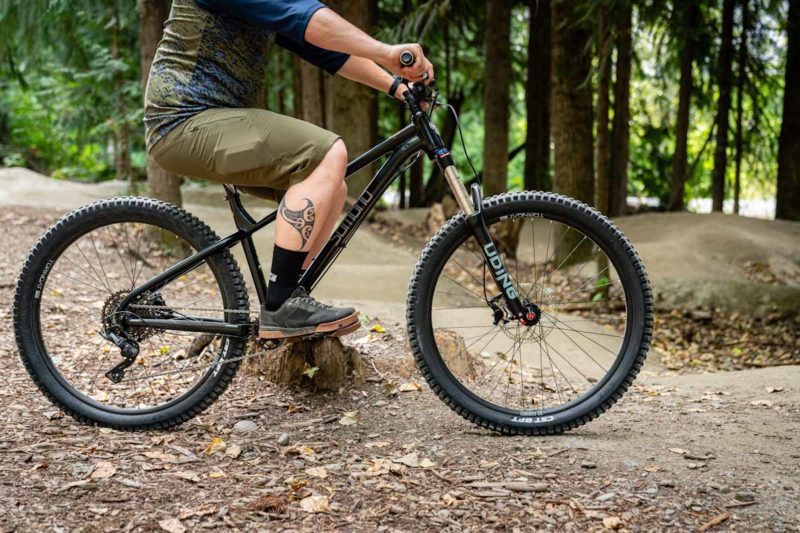 British Columbia’s Sombrio is a well-established clothing brand in the MTB world, but they’ve just made a major shift. Now they’ve jumped into the bike game with four new hardtail mountain bikes. Furthermore, Sombrio also has their own branded components for the bikes, including handlebars, seat posts, stems, and saddles.

Sombrio’s bikes are called the Shovel 2, 3, 4 and 5, with ‘2’ being the highest-end build and ‘5’ serving as the entry model. The four bikes are all within an entry-level price range, selling for $730-$1300 CAD (please note the bikes are currently only shown on the Canadian website). 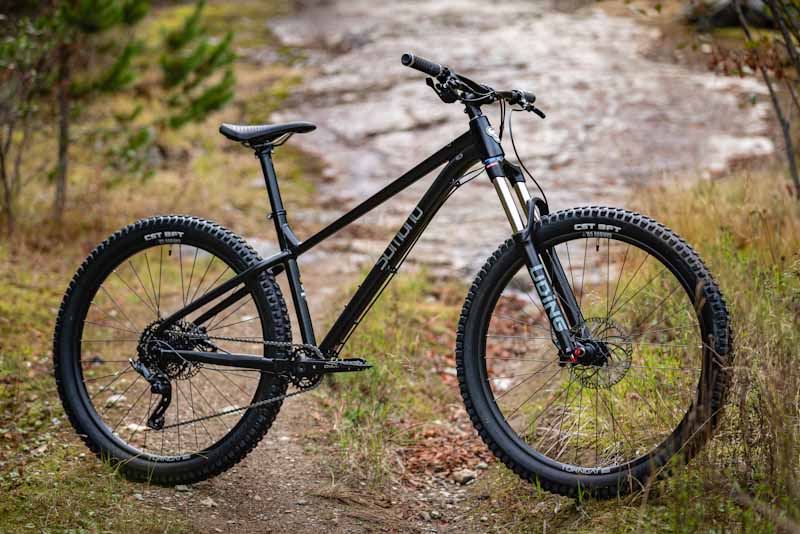 There are some similarities and some differences between the frames on the various Shovels, so let’s dig in to the details: First off, all models of the Shovel are made from 6061 T6 Aluminum, and roll on 27.5” wheels. 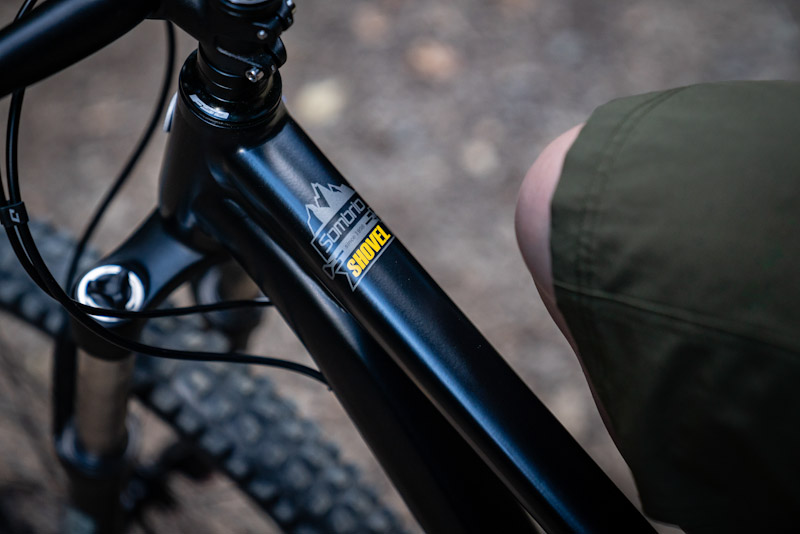 Brake and derailleur cables are both externally routed, but Sombrio has included internal cable routing for dropper posts, and two water bottle mounts on the down tube. All models offer S/M/L frame sizes, and each model gets one frame color only. 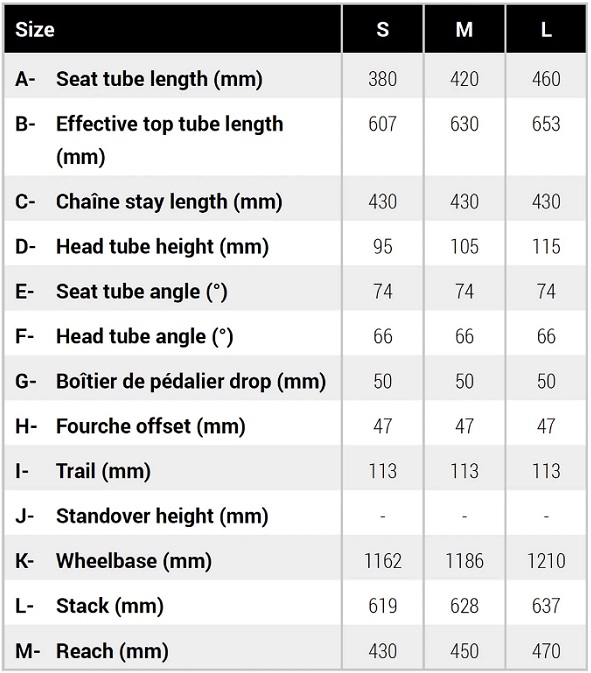 The Shovel frames all share the same geometry. All the figures are pretty up-to-date but not extreme. They have 66° head tubes, 74° seat masts, and 430mm chainstays across all sizes. Reach numbers are 430/450/470mm for S/M/L. 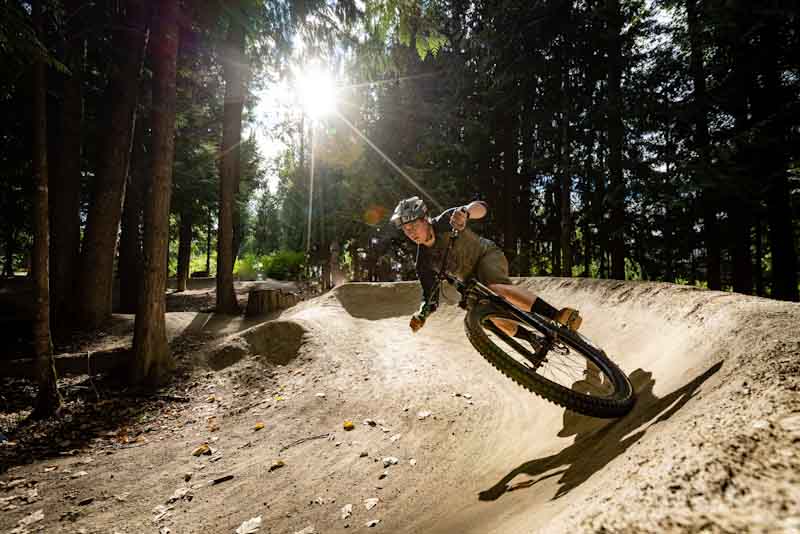 *Sombrio didn’t have any photos available of the complete Shovel 2, so here’s a nice berm railing pic for you!

The top-of-the-line Shovel 2 offers a 140mm travel Uding UD34 Air-Boost fork, which can be locked out. It rolls on Torngat alloy rims and Caribou T15 and T12 hubs, wrapped with 2.6” wide CST BFT tires. It’s 10-speed drivetrain is supplied by Microshift, and you get a KS E-20i dropper post on this model (125mm on smalls, 150mm on medium and large frames).

The Shovel 2 also comes with hydraulic Riderever disc brakes on 180/160mm rotors. Sombrio finishes things off with their own Loam saddle, handlebar, and 45mm stem.  The Shovel 2 sells for $1299.99 CAD, and comes in Ceramic Grey. 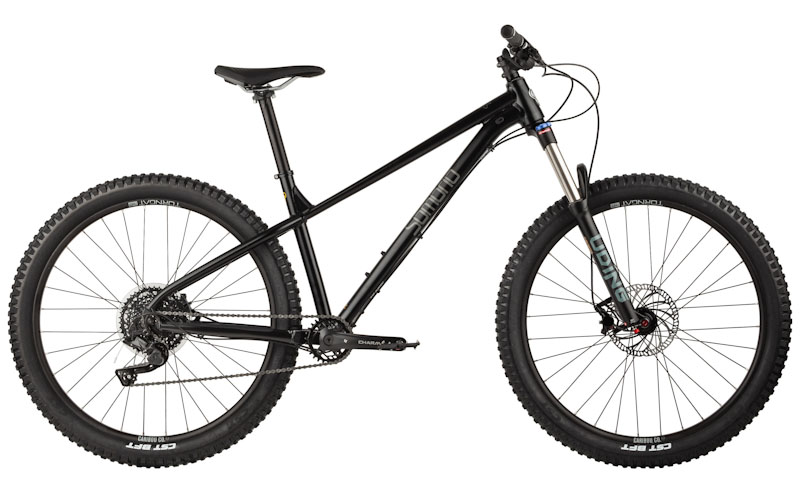 Up front on the Shovel 3 is a 140mm Uding UD D5 Coil-Boost fork, which also offers a lockout. It runs on Torngat rims and Caribou Hubs, and also gets beefy 2.6” CST tires. The 9-speed drivetrain is all Microshift components, and braking is handled by Riderever Attack hydraulic discs with 180/160mm rotors.

Sombrio’s seat, bars, stem and seat post all appear on the Shovel 3. This model comes in Black Bear, and sells for $999.99 CAD. 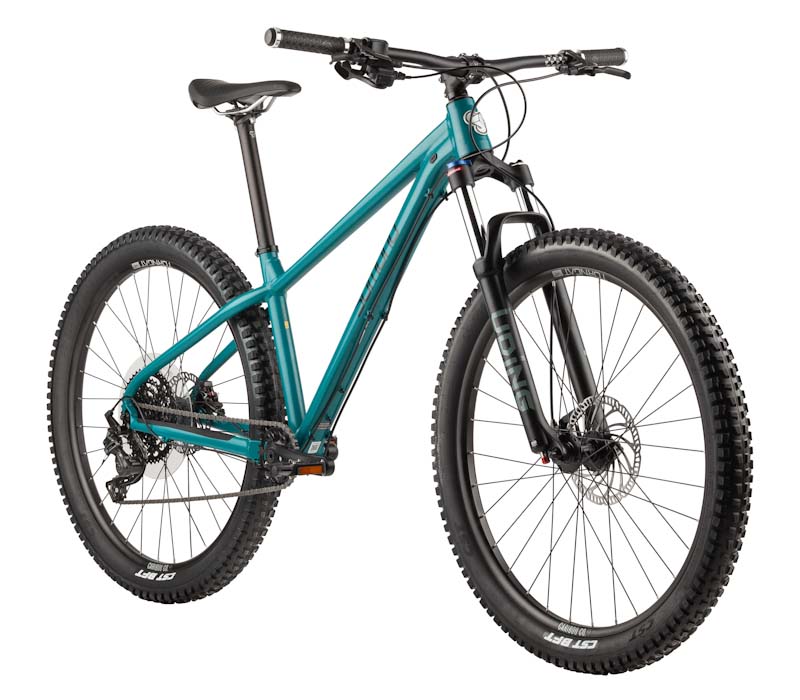 Sombrio’s Shovel 4 stocks a lockable, 120mm travel Uding UD D5 Coil fork. For wheels, it gets the Torngat rim/Caribou hub combo, with CST’s 2.6” BFT treads. The 4 runs an 8-speed Microshift drivetrain, but it offers a fairly wide range with an 11-46t cassette. Riderever’s hydraulic Attack disc brakes reel you in, and Sombrio’s components round out the build. 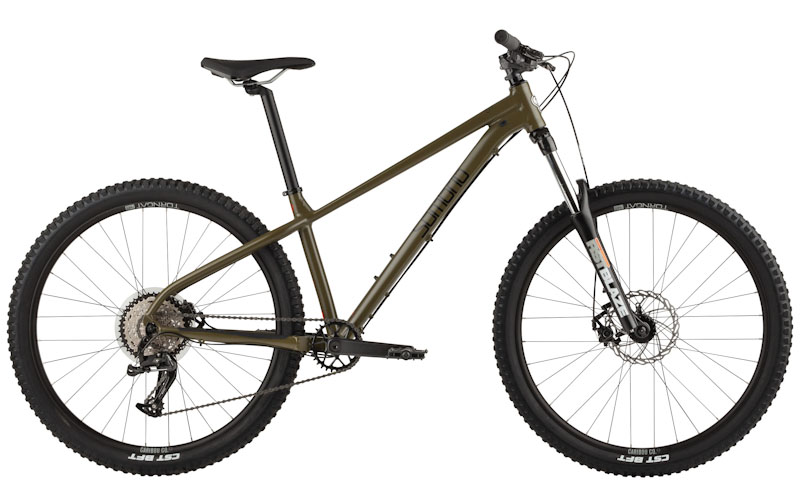 Sombrio’s Shovel hardtails will not be sold online, and are currently only available through their Canadian dealers. Check out their website’s dealer locator to find one near you.