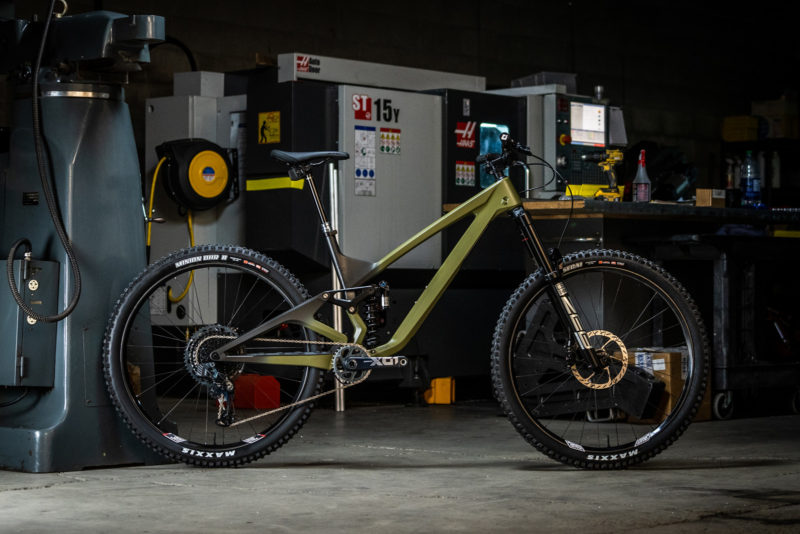 We Are One Composites has announced the 2023 Arrival 170mm and 152mm complete bikes, the carbon frames of which are entirely hand-laid in house at their Kamloops facility in BC, Canada. The new Arrival 170 is their out-and-out enduro rig, having accrued some impressive results this season underneath young Canadian, Johnathan Helly, on the World Enduro circuit. Both framesets are available now, as well as two complete build options in size M-XL. Retail starts at $7,399 USD.

Teased on the top-level SP1 spec is something new from We Are One; the soon-to-be-released Convergence wheelset with an i9 Hydra hubset. No more specific details on these yet, but you’ll have them when we do. 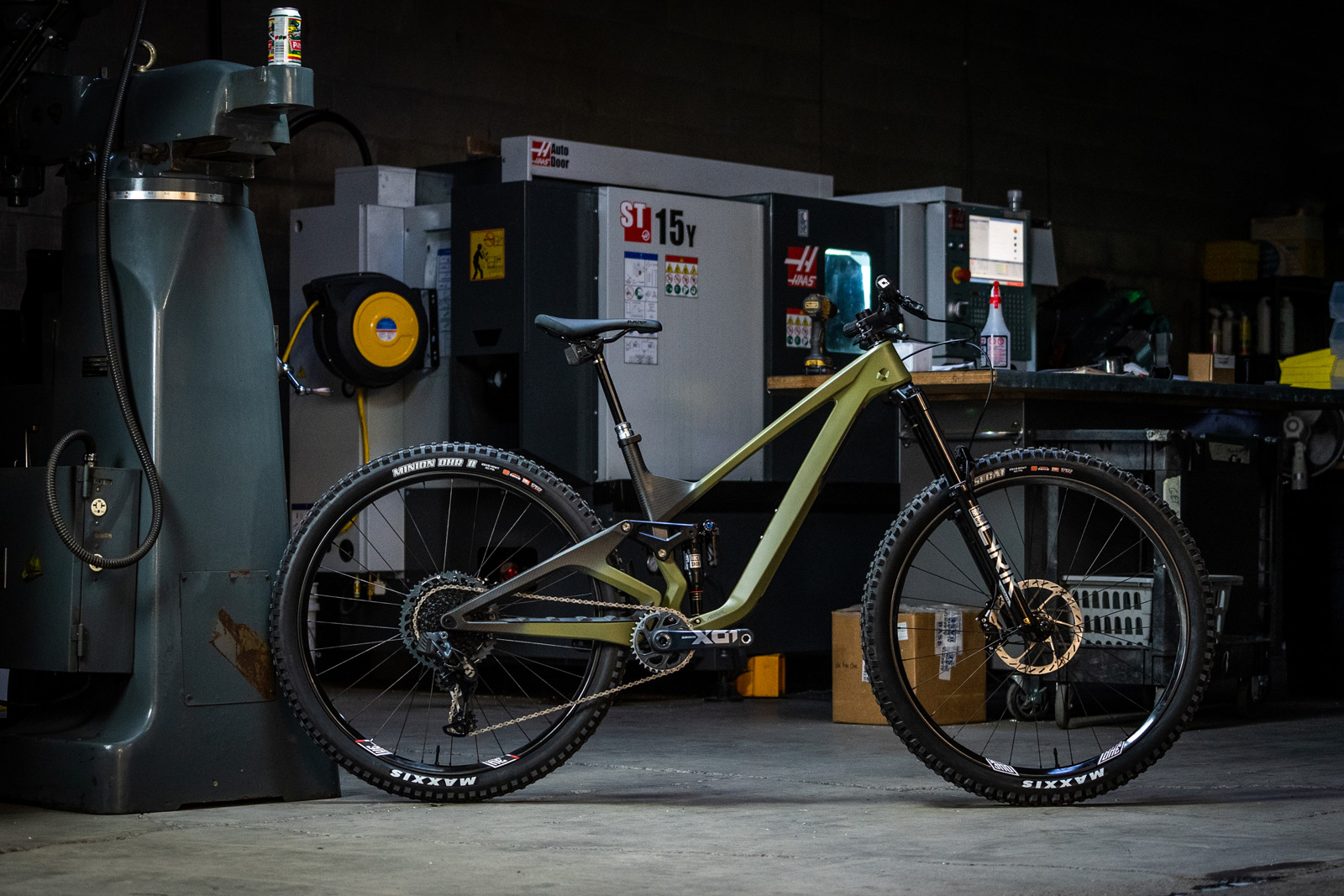 The 2023 We Are One Arrival SP1 in its shorter travel configuration; 152mm rear wheel travel is paired with a 160mm fork at a 64° head angle

The 2023 We Are One Arrival 152 is a tweak on the debut 150mm frame released last year. We are told the frame is almost exactly the same, but does now benefit from a lighter upper rocker link that features a bonded carbon fiber bridge between the two CNC’d aluminum halves. Indeed, the original Arrival was in fact a 152mm travel bike but like many brands, We Are One originally chose to round down the number. Now, they’ve warmed up to using the exact numbers. 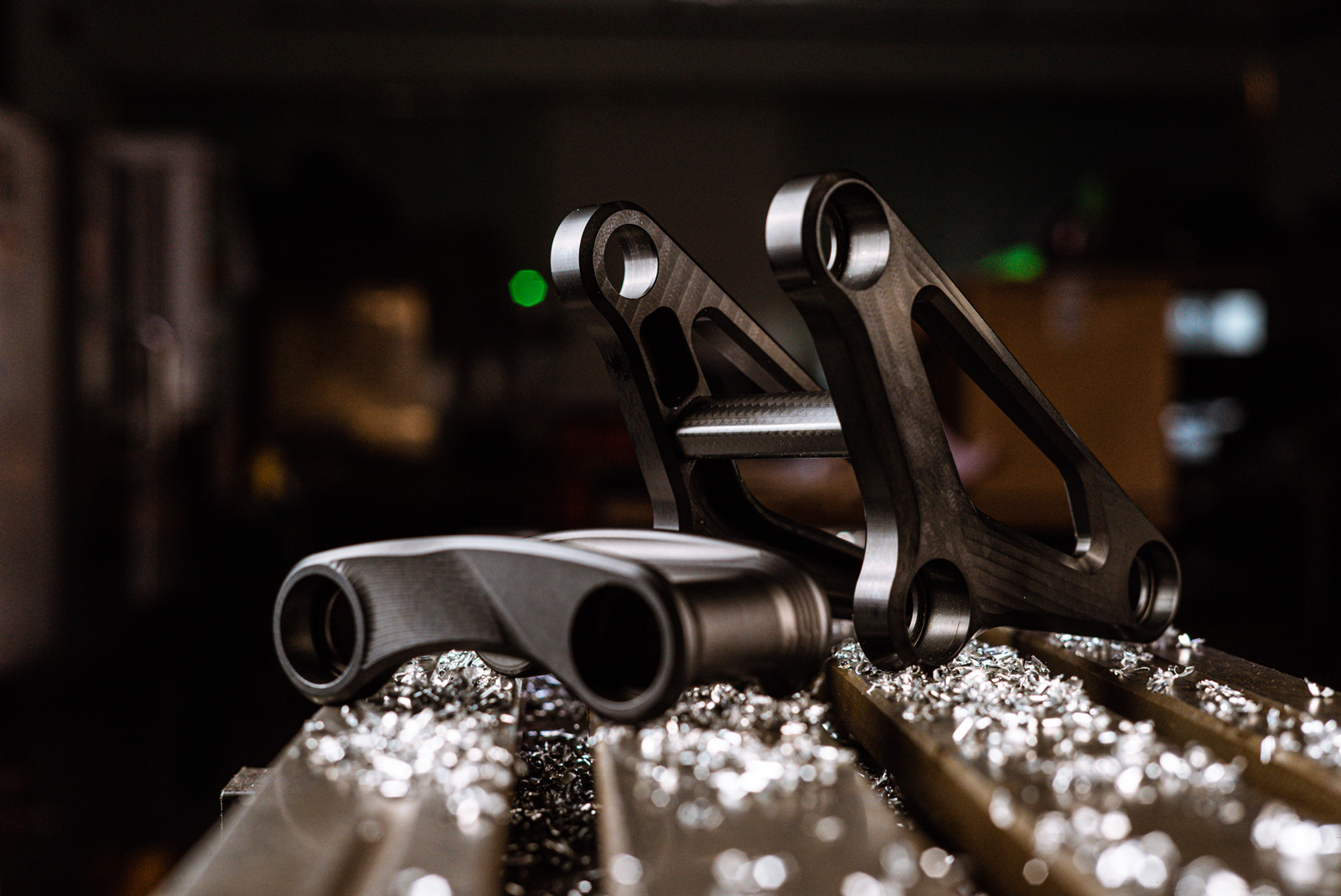 The update saves 50g on the frame weight. The lower link “has also been optimized for function and to showcase the machined tool paths [they] have come to love” 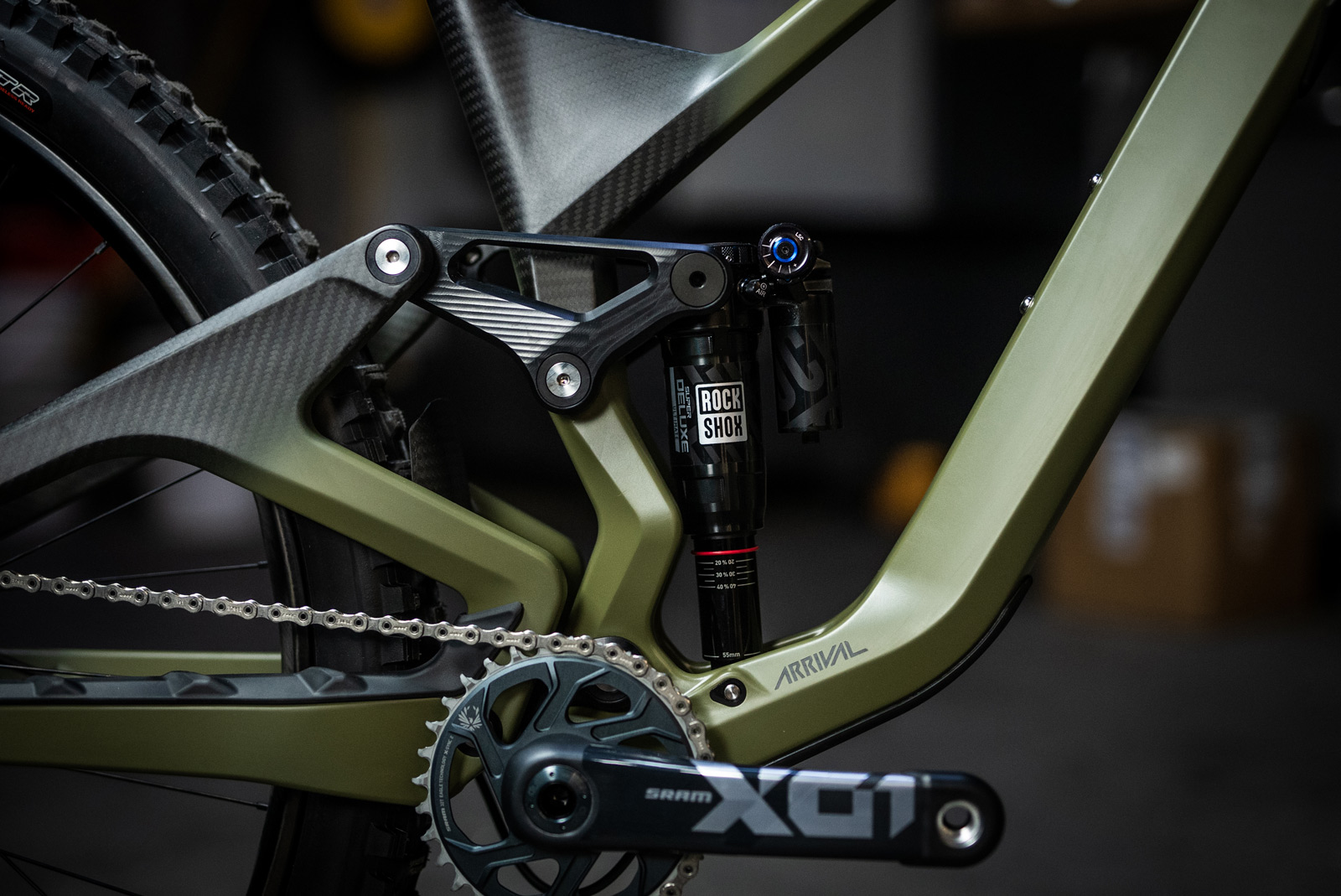 Geometry of the Arrival 152 fits the long, low, slack bill we’ve come to expect from modern trail bikes, boasting a 64° head tube angle paired with a reach of 475mm in size large and a bottom bracket height of 337.5mm (a drop of 37mm). Seat tubes are short across the M-XL size range, all sat at the same 77° effective seat tube angle.

The medium and the large frames share the same swingarm, delivering a rear-center length of 437mm, while the XL gets a longer one resulting in a 441mm rear-center. All three have clearance for a 29″ x 2.5″ rear tire. 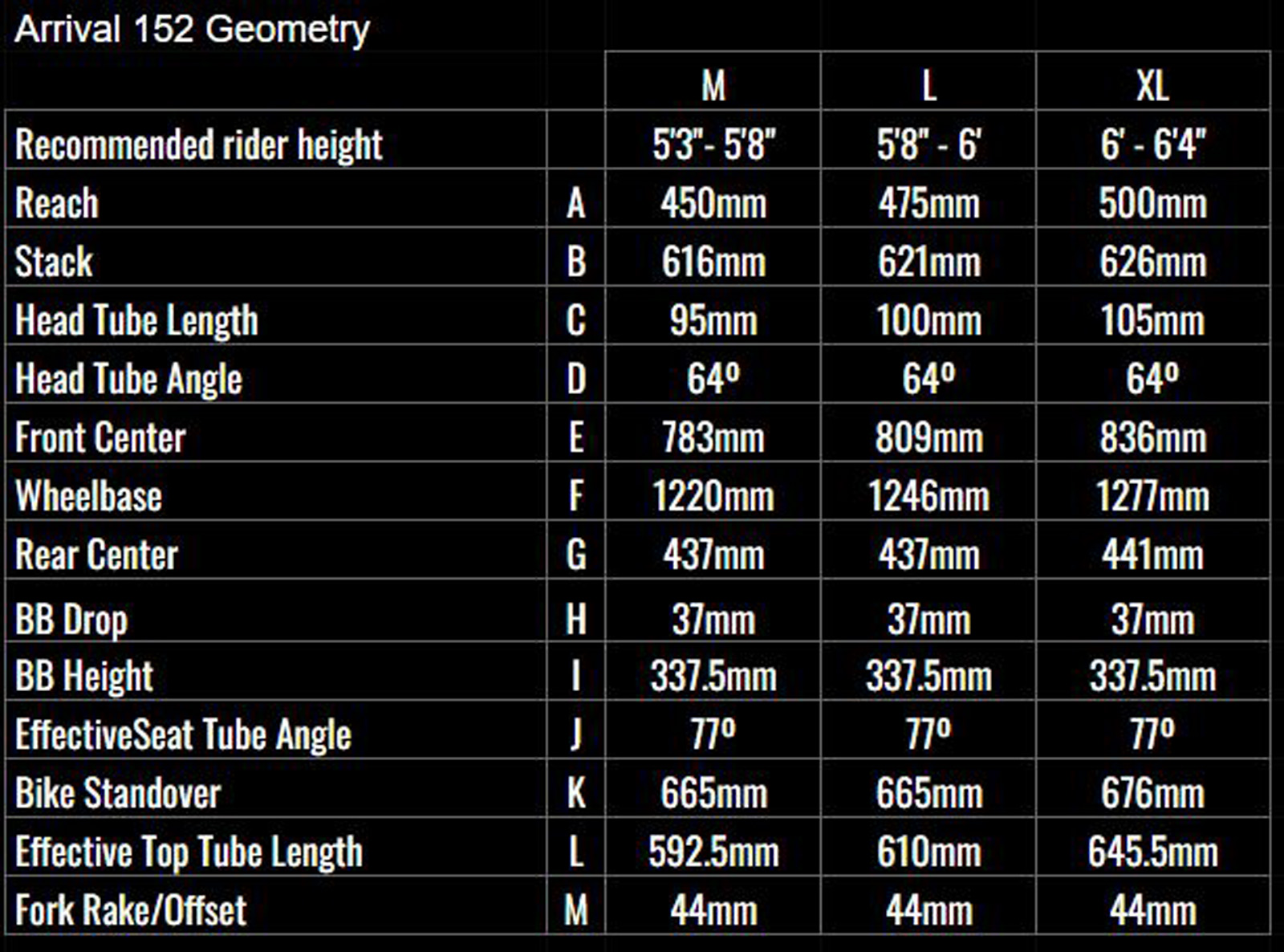 The bigger news is the Arrival 170, a no-holds-barred enduro race machine. It runs the same front and rear triangles as the Arrival 152 but with a different set of links connecting the two, and a longer stroke shock. It’s a full 29er, and no, a mullet configuration is not recommended. It pairs the 170mm rear wheel travel with a 170mm fork. 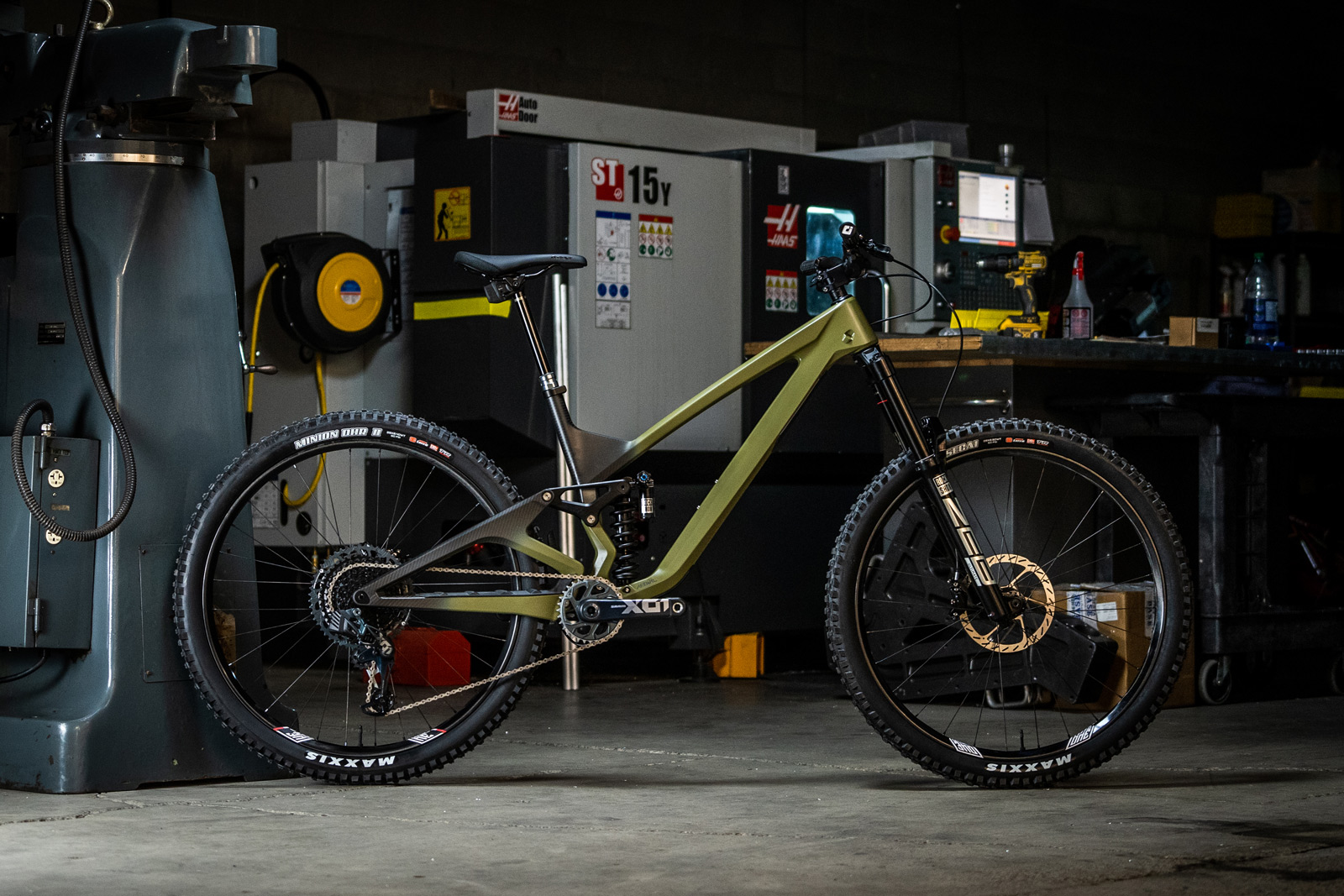 The Arrival 170’s longer travel suspension platform and 170mm fork give it the slightly slacker head angle of 64° and higher bottom bracket of 356mm.

The linkage drives a 205mm x 65mm RockShox Super Deluxe Ultimate Coil shock. The Arrival is designed to run 25% sag, quite a bit less than most bikes within this travel bracket. We don’t have a leverage curve to share with you but We Are One say “the magic mixture of the lower 25% sag, a higher leverage ratio for strong ramp and bottomless feel, mixed in with increased anti-squat to make a bike with unmatched efficiency while heading back up the hill”. 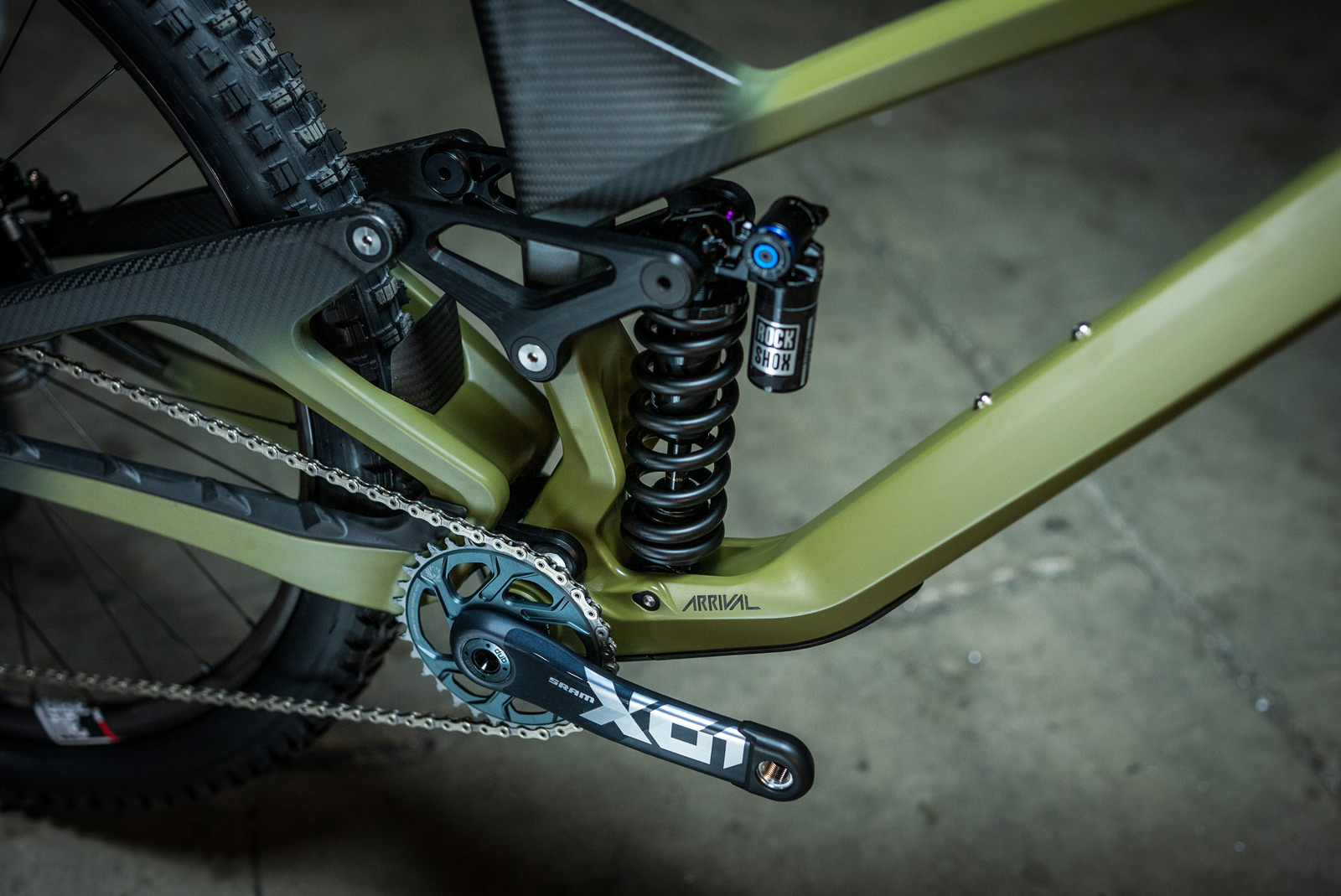 It will in future be possible to purchase aftermarket links to convert between the Arrival 152 and 170 framesets. No pricing on that just yet.

It’s refreshing to see We Are One Composites’ open, honest and realistic approach to marketing bikes. They have what they call “The 90% Rule” which, in their words, admits that no bike is capable of being 100% perfect at everything. They learned quickly that focusing attention on one aspect of a bike’s kinematic makes others suffer. Needless to say they are happy with what they’ve achieved in sticking to that 90% Rule. 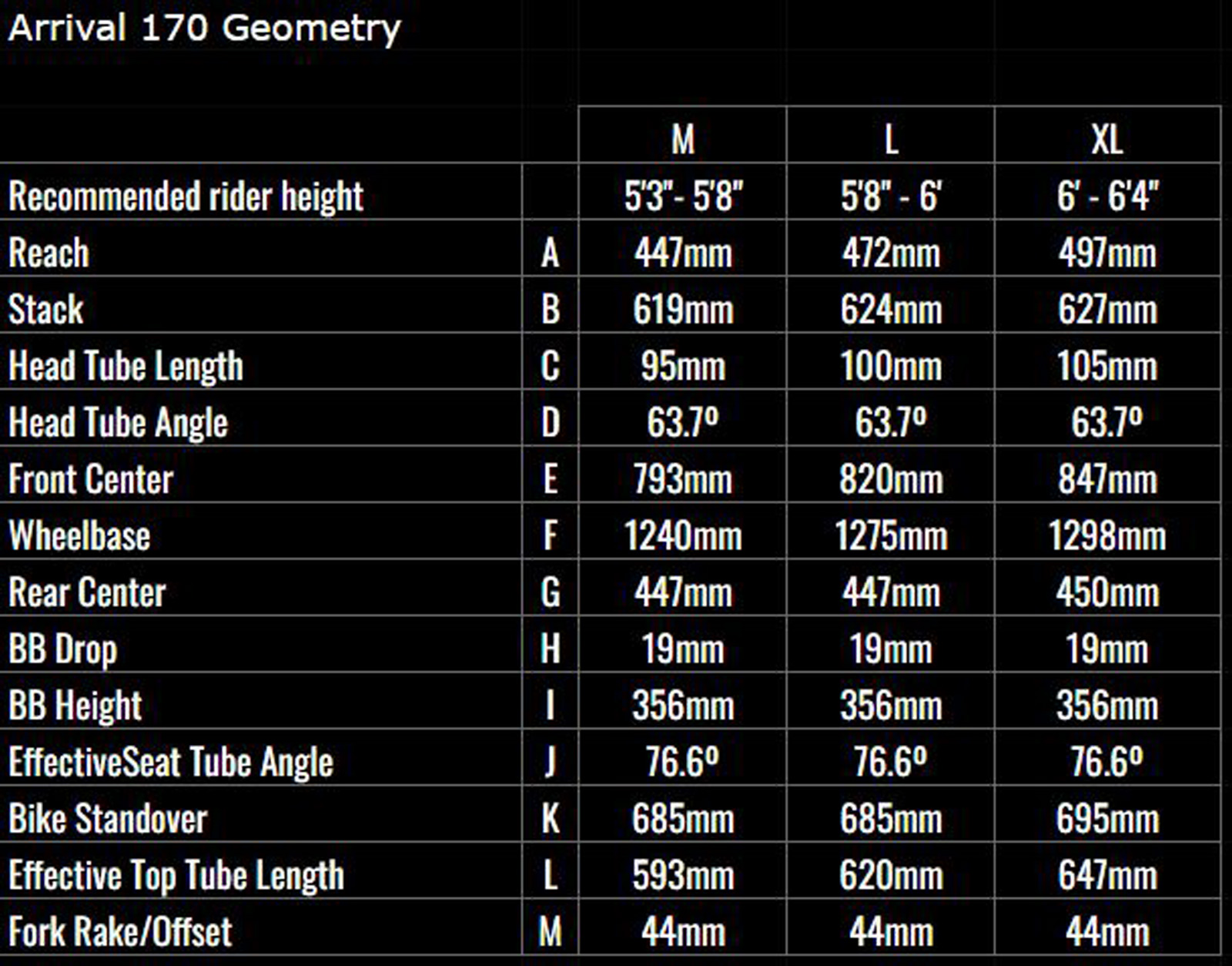 The 2023 We Are One Arrival is available in SP1 and SP2 builds. The top-of-the-range SP1 is available in the new Avocado colorway shown above, while the SP2 build gets the new Toast colorway.

A notable change for 2023 is the switch to RockShox Suspension and complete SRAM Eagle AXS drivetrains. The SP1 builds will get the all-new 2023 RockShox Lyrik Ultimate (ZEB on the Arrival 170) and the 2023 RockShox Super Deluxe Ultimate Coil shock, with SRAM Code RSC brakes, the SRAM XO1 Eagle AXS drivetrain, We Are One Da Package stem and riser bar, and the soon-to-be-released Convergence Wheelset fitted with a Maxxis Assegai/Minion DHR II combo. 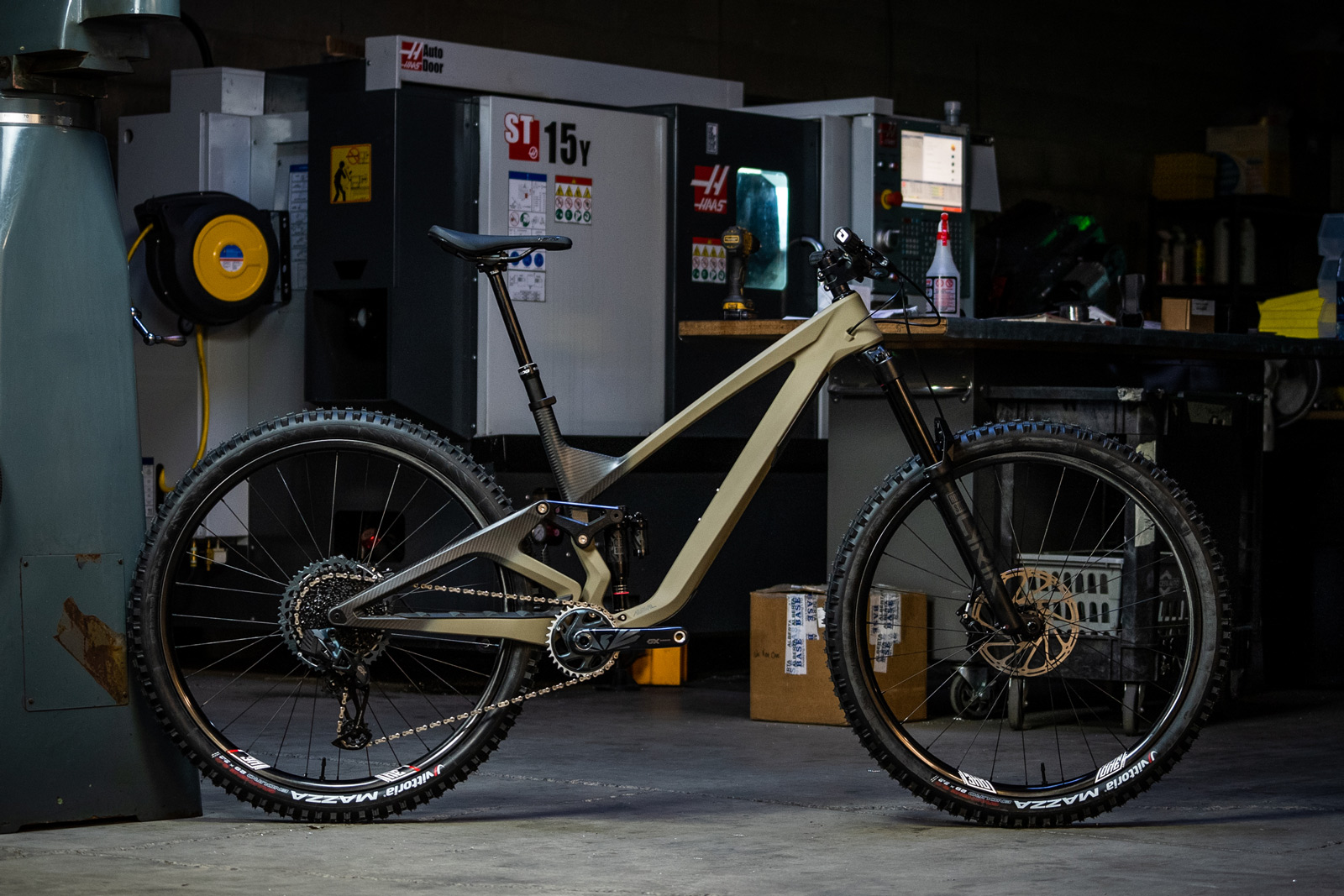 Rather impressively, 99% of the raw materials used to build the Arrival frames come from within a 500-mile radius, the 1% being the titanium fasteners sourced from China.

The Arrival 170 SP2 build will sport the very same 2023 Rockshox suspension, while the Arrival 152 SP2 is downgraded to the (still very awesome) Rockshox Select+ suspension. Both will run a GX Eagle AXS drivetrain, SRAM Code R Brakes, and the We Are One Revolution Wheels with i9 1/1 hubset fitted with Vittoria Mazza tires.

Pricing is as follows:

We Are One are also selling the 152 frameset with a Fox Float X2 Factory air shock, retailing at $3999 USD. For now, the Arrival 170 is available as a complete bike only.

Wait, in the beginning it’s claimed “Retail starts at $7,399 USD” but I see no spec that matches this?

Caitlin at We Are One
Reply to  Tea

That’s a cool bike. The claim that “99% of the raw materials… come from within a 500-mile radius” is a little dubious with the closest mill producing carbon fiber about 1100 miles from Kamloops. I guess they mean their direct suppliers are all within 500 miles?

Really? Bicycles as expensive as small cars or used cars? What has this greedy world come to?

So if you buy one version does it come with both sets of links for the 152 and 170 configuration? If not can you buy the links and is it easy to swap between the two? Having the ability to go from 150 to 170 would be awesome