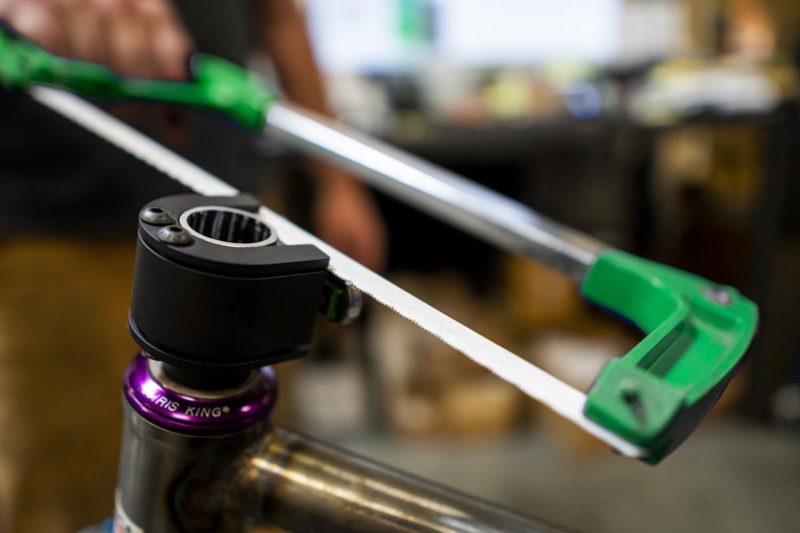 Modern bicycles present modern problems. Fortunately, there are companies like Abbey Bike Tools that are consistently coming up with modern solutions. Whatever your stance on internally routed cables, they’re here—and sometimes they’re routed through a bicycle’s steerer tube. That presents a unique problem when it comes to cutting the steerer tube. Instead of completely removing the cables or hoses from the steerer before cutting, wouldn’t it be great if there was a better way? 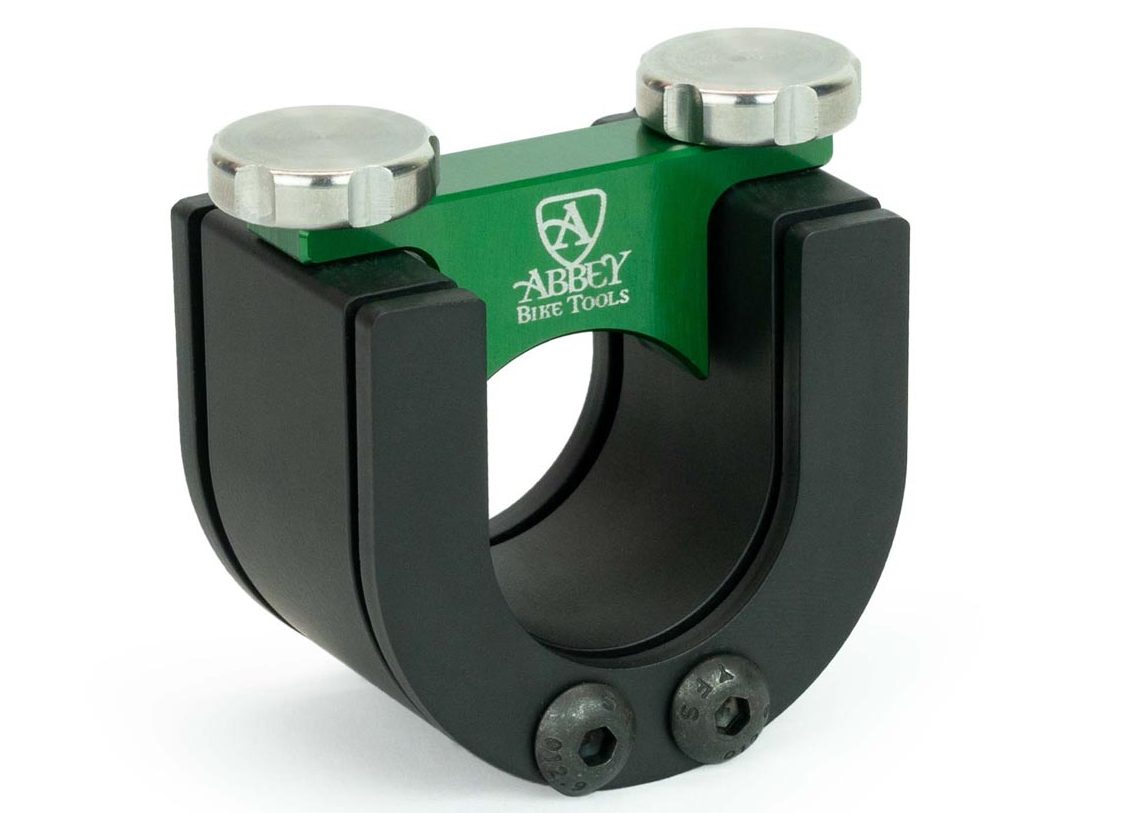 That is precisely where the new Abbey Saw Guide comes into play. In addition to being a more precise cutting guide, it also is built in a U-shape instead of the traditional block with a hole in it. 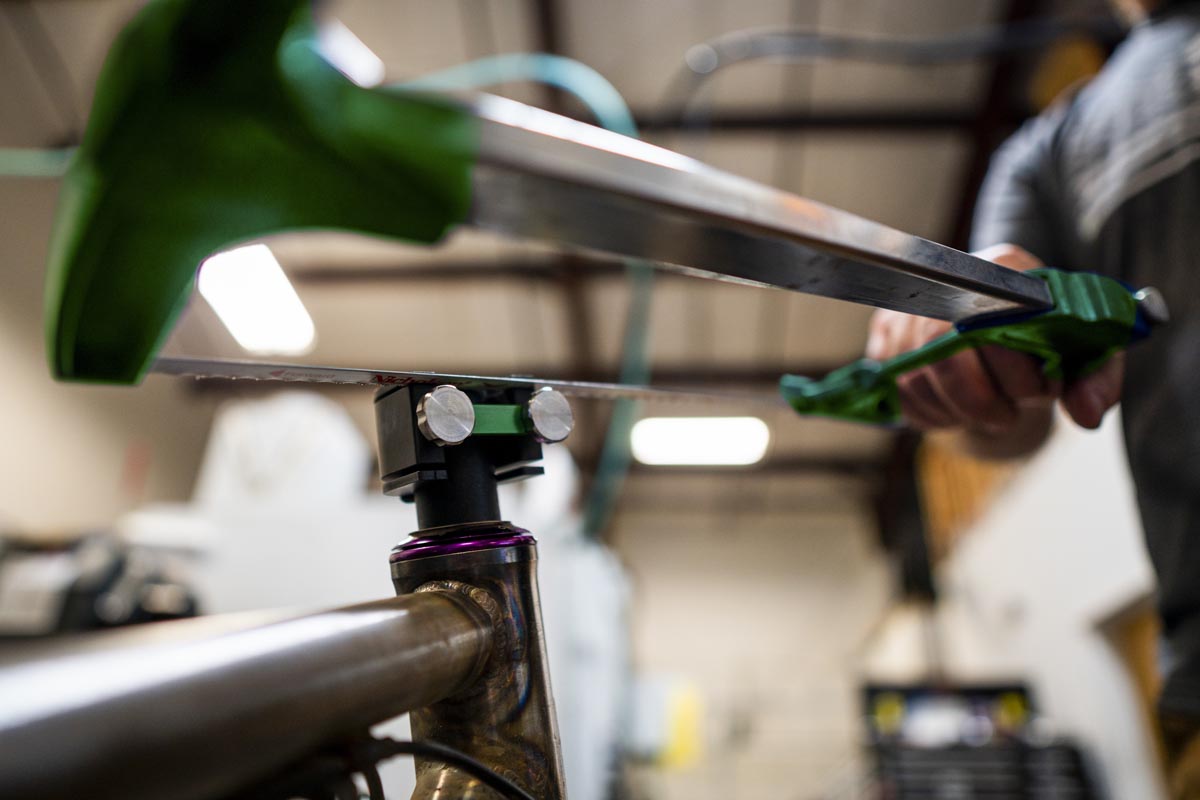 That allows it to be placed around a steerer tube—even if there are cables routed through the middle of that steerer. Abbey doesn’t take full credit for the idea, instead stating that they worked with the team at Allied Cycle Works, including Lead Engineer Sam Pickman. You’ll need to be careful not to cut the hoses or cables in the process, but with the right technique, it can be done. 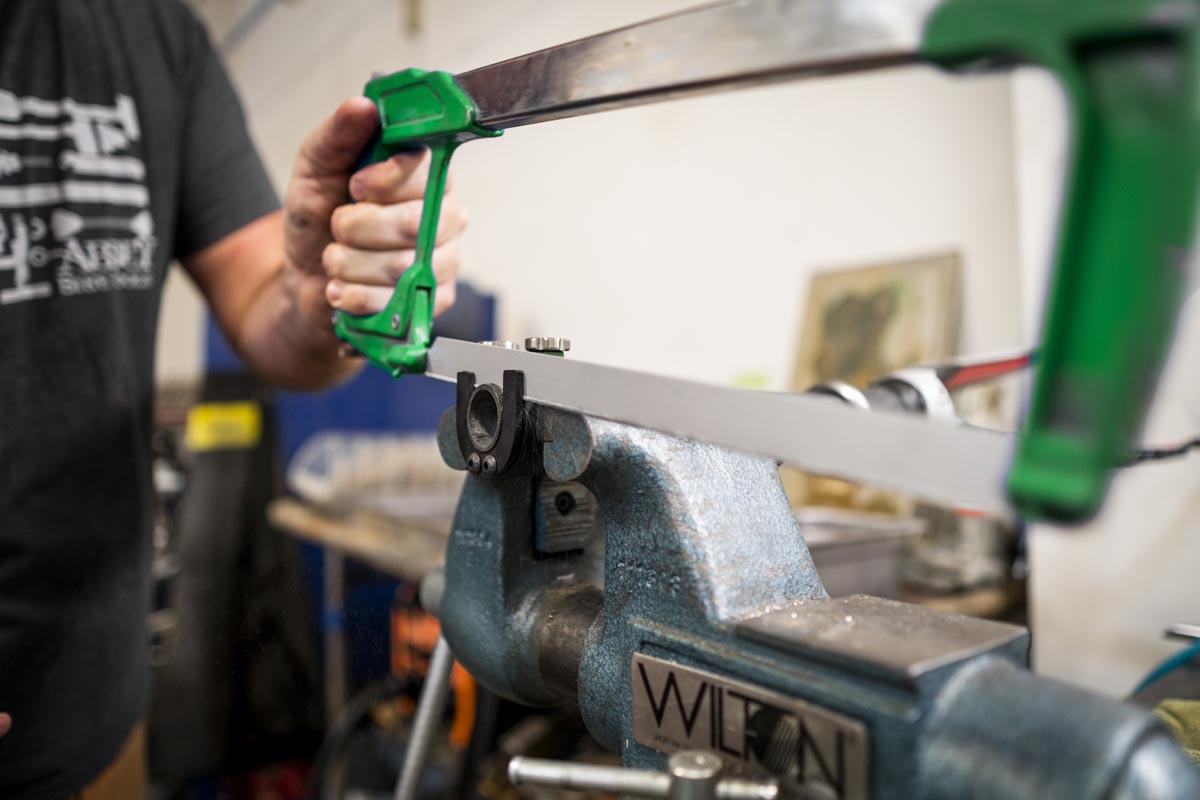 Abbey is quick to point out that the new Saw Guide will work with any 1″ or 1.125″ steerer tube. Not only that but the guide is designed to produce a more-square cut thanks to more precise blade slots and the fact that the body is machined from a single piece of steel. 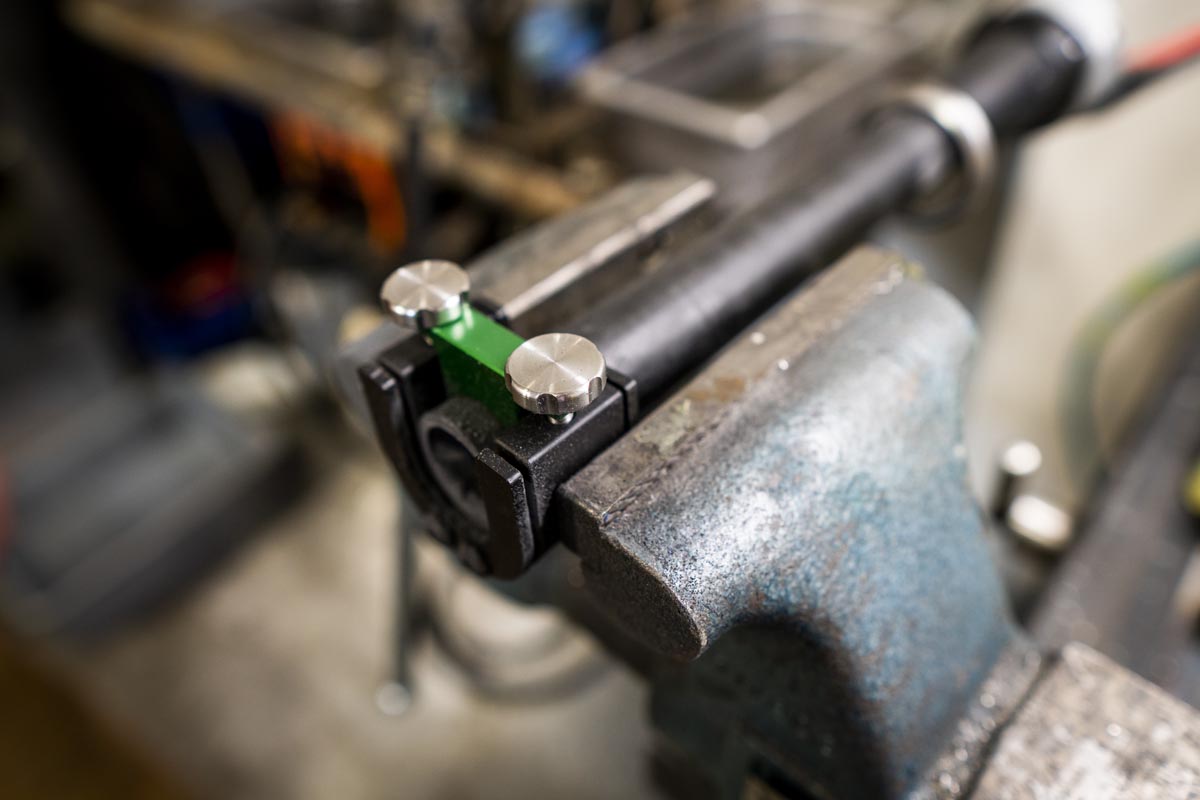 The guide is also dual-sided with one slot meant for standard toothed blades for cutting metal steerer tubes, and the other for the wider abrasive blades used to cut composites. The guide can be used in a vice or placed directly on the fork when it’s still on the bike.

The Saw Guide is priced at $100, and available now. 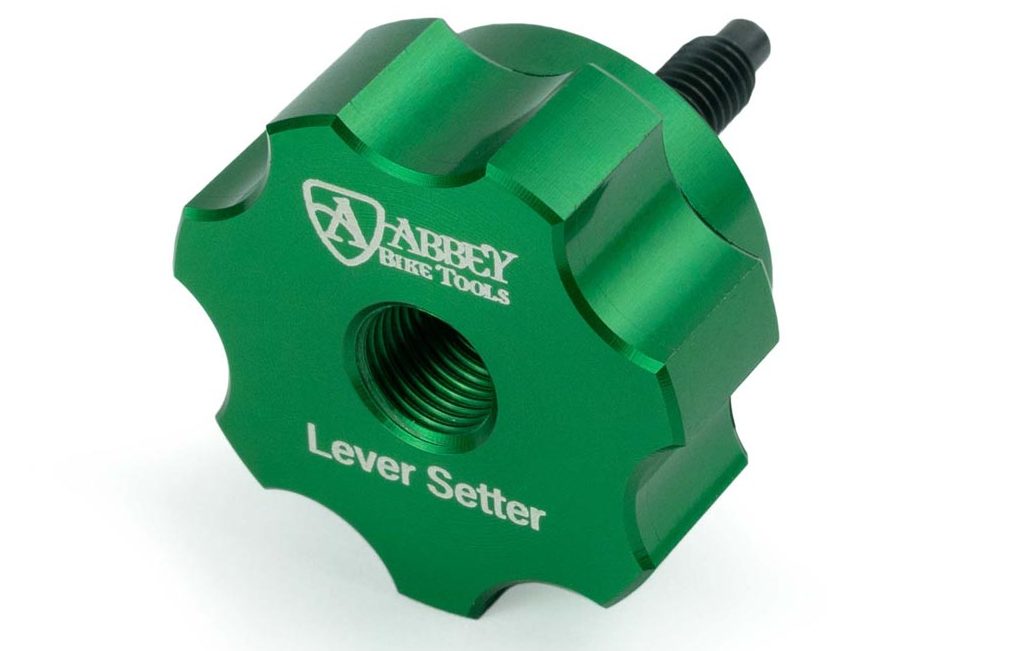 The Lever Setter will be one of those tools specifically for the fit-obsessed. If you’re looking for a way of ensuring that shifter and brake lever placement is identical on both sides of the bars, this could help. 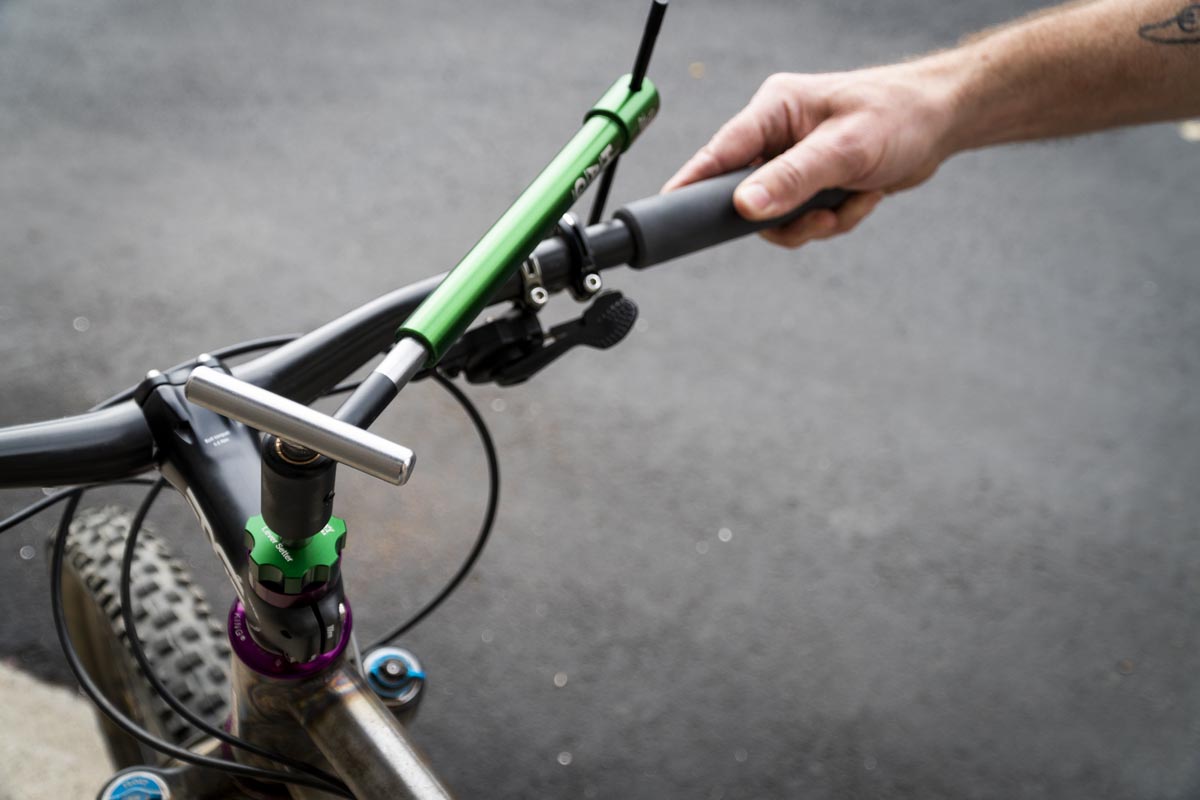 When used in conjunction with the Abbey HAG, the Lever Setter allows the HAG to rotate from one side of the bar to the other, using the indicator to check the position of the components. It can be used on flat or drop bars, and will let you know if the controls are at the same height and rotation to each other. The tool requires a star nut or compression plug with an M6x1 thread, and is technically compatible with most hanger alignment tools out there including the HAG.

The Lever Setter sells for $35, not including the hanger alignment tool. 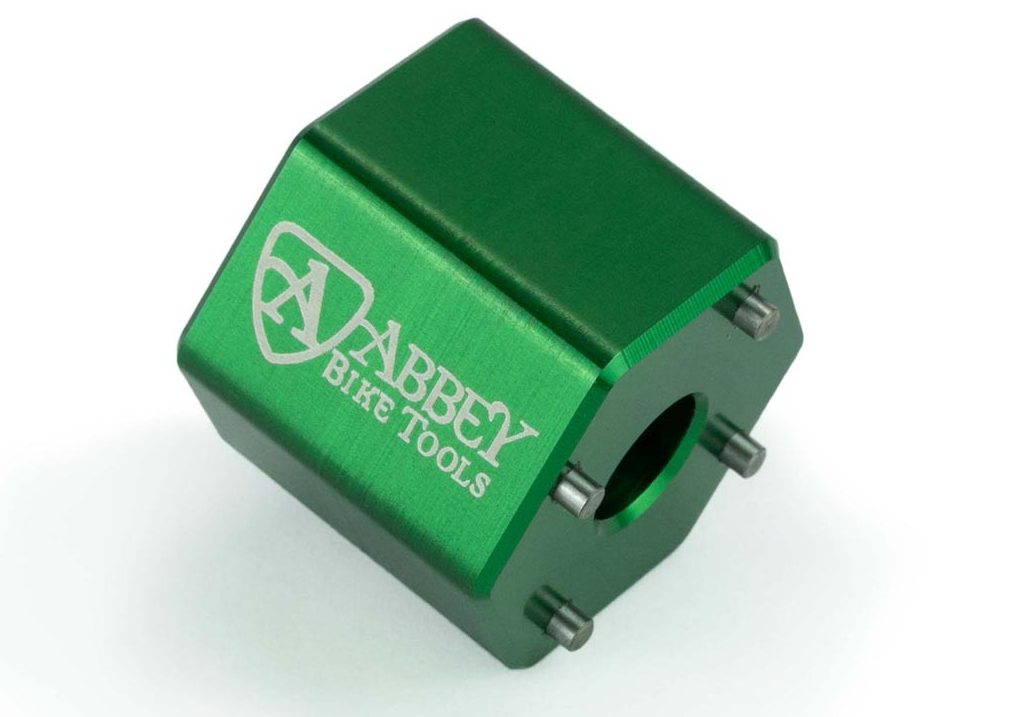 Finally, we have a simple but useful tool in the DUB Dustcap socket. Made as a collaboration with SRAM, the tool is designed for the dustcaps on SRAM DUB cranks with four corresponding holes. 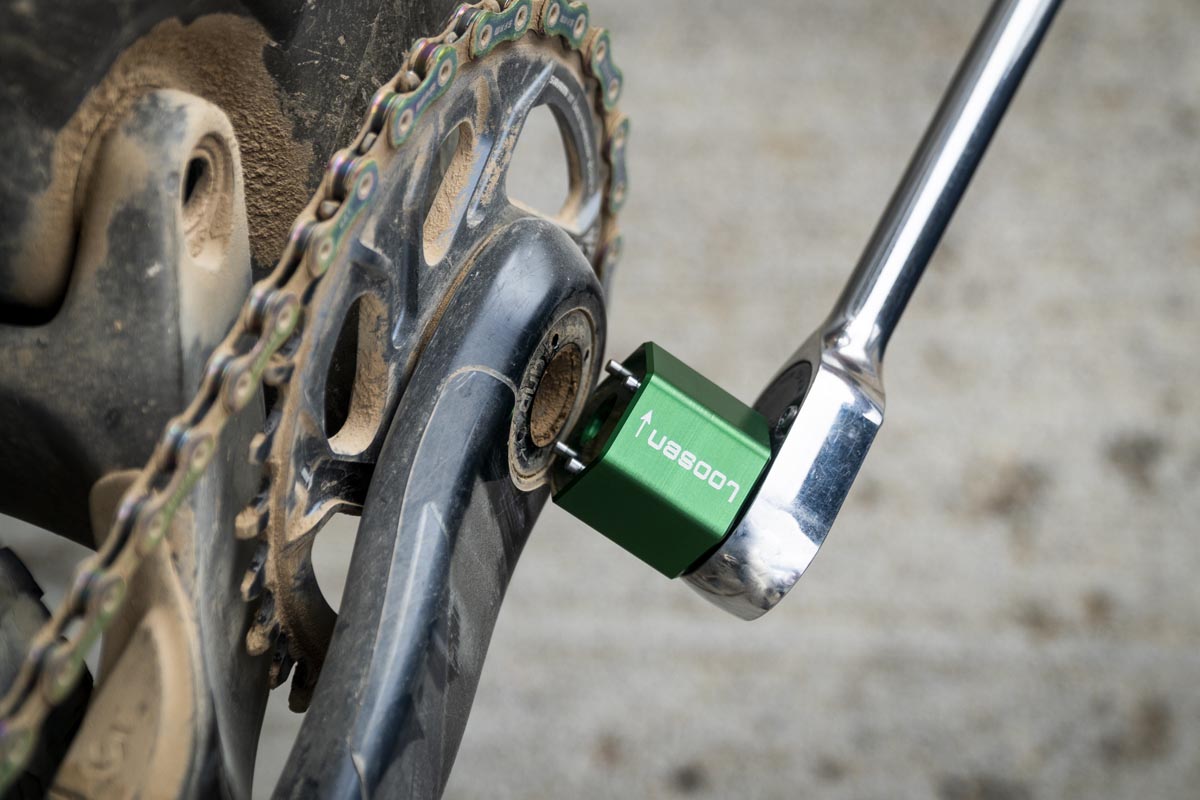 The tool features four hardened steel pins that match up with the caps, and are conveniently labeled with the direction to turn the cap to loosen them—just in case you don’t remember it’s reverse thread.

Built to fit 3/8″ square drive ratchets, the socket is priced at $30. Like all Abbey tools, it’s made in Bend, Oregon.