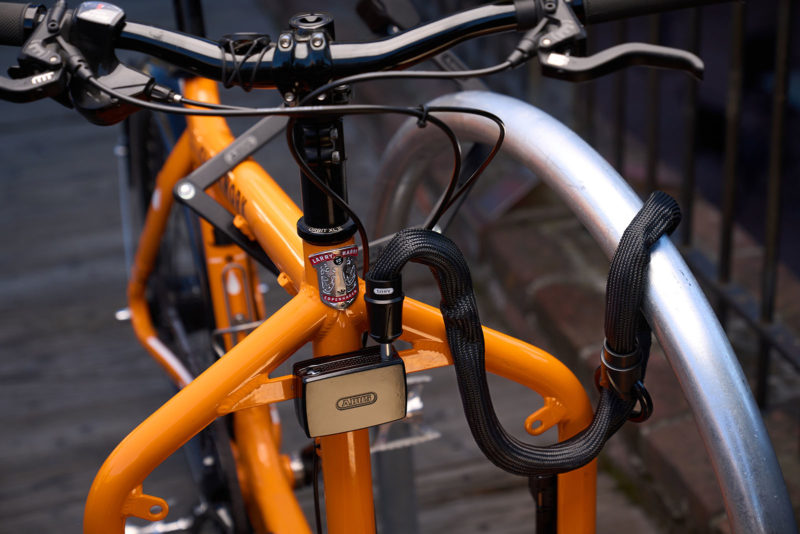 If you’re always a little worried about your bike getting stolen, it’s worth checking out the upgraded Alarmbox from ABUS.

ABUS created the original Alarmbox for cyclists who feel that a sturdy lock just isn’t enough. With an alarm to alert owners of tampering, it provided an extra level of security for those extra attached to their ride.

The Alarmbox 2.0 consists of two components: the box, which attaches to multiple frame diameters or objects, and a 6mm thick, 100cm long loop chain. 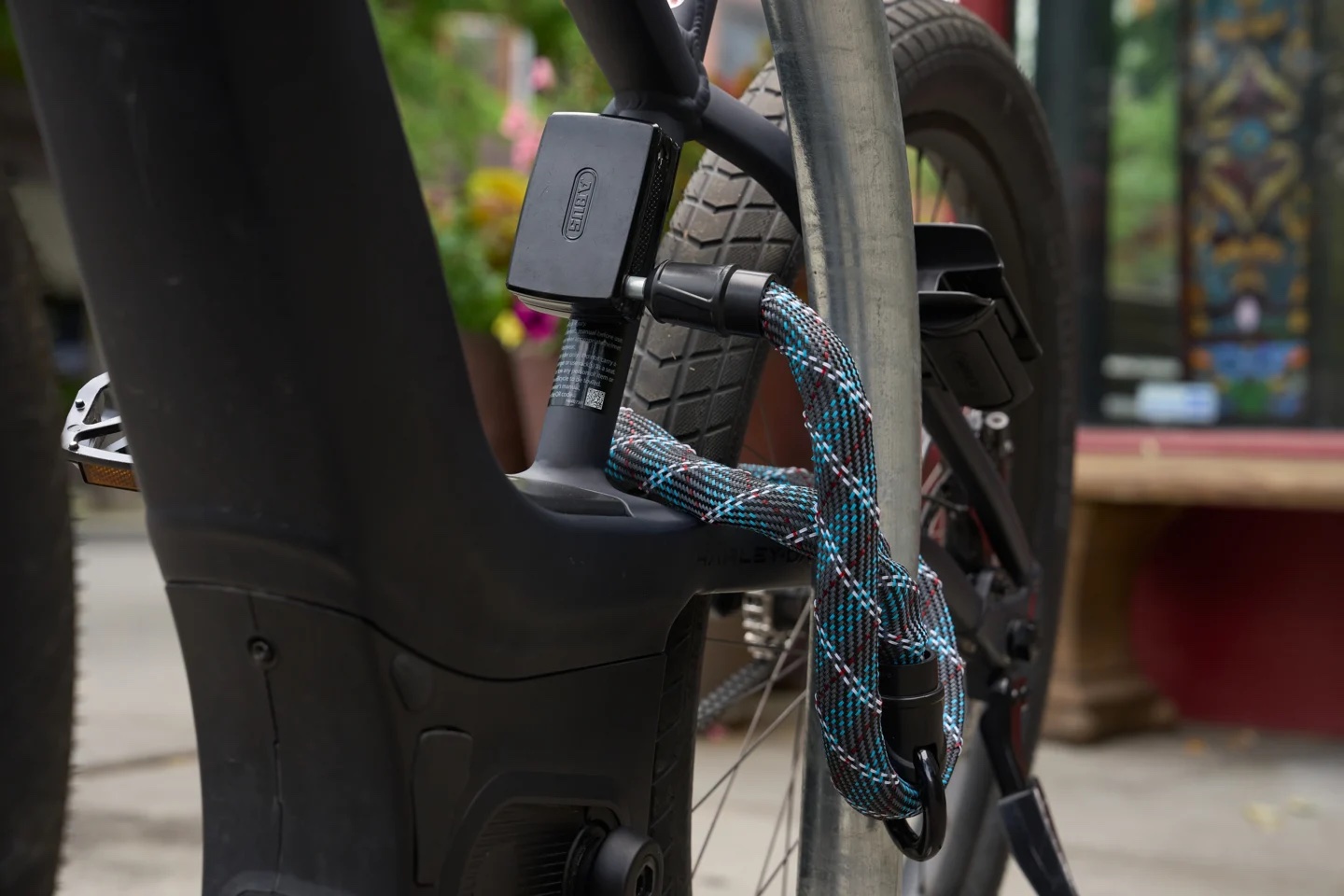 You can use it as a unit along with the included chain, or as a standalone alarm alongside any other bike lock. That gives riders an additional level of personalization, allowing them to protect their bike the way they want. 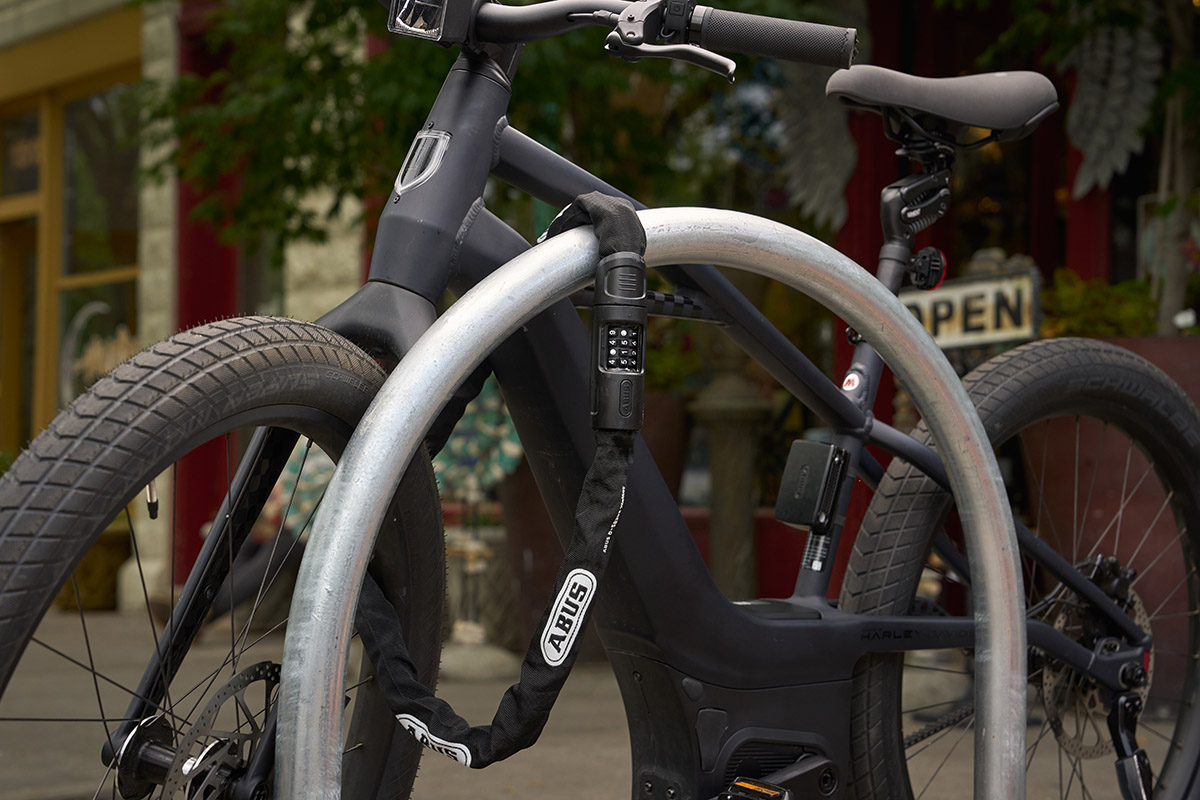 The ABUS Alarmbox 2.0, mounted alone alongside an ABUS chain lock.

This bike equivalent of a car alarm is sensitive to both motion and shocks. Activated by a key, the Alarmbox emits a short, 5-second warning for slight impacts or movements. If someone tries to steal the bike, the Alarmbox triggers the 100 dB alarm. The alarm continues until the device no longer detects movement.

It’s not only for bikes, either. ABUS specifies that the Alarmbox 2.0 also works for electric scooters, hitch racks, kayaks, and even barbecues. 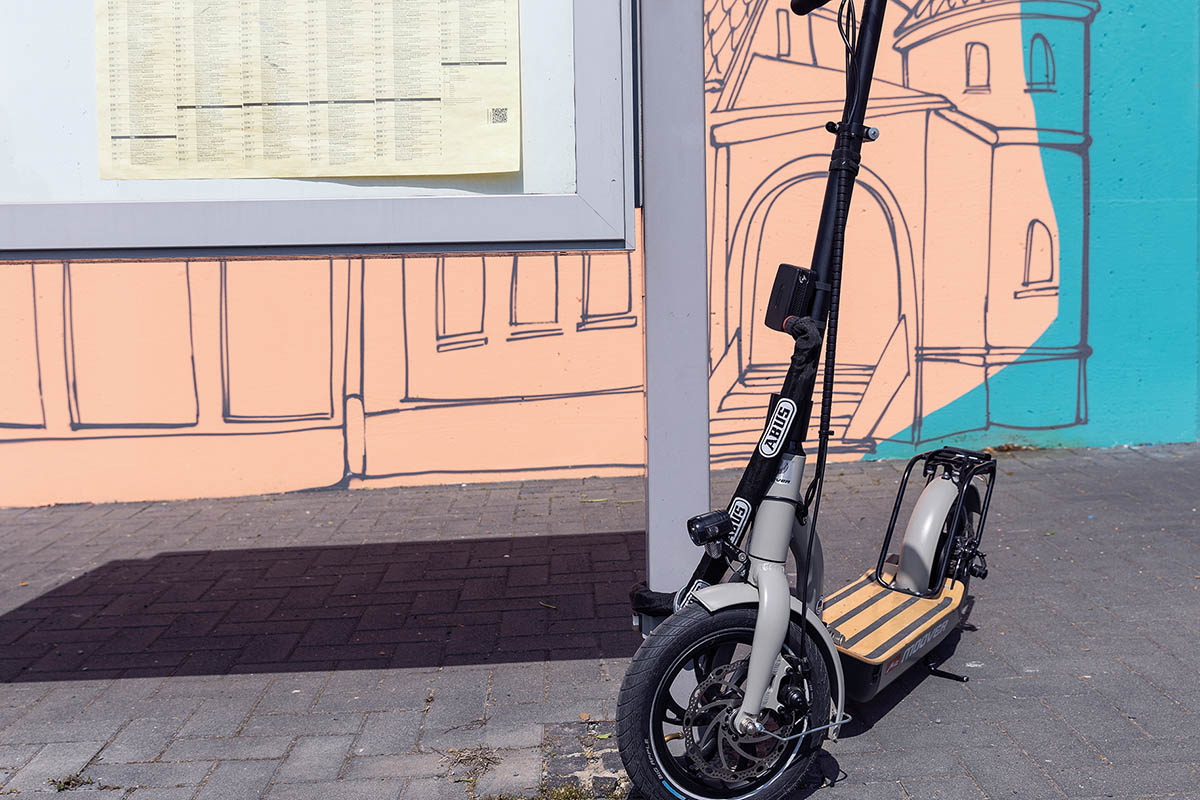 The Alarmbox 2.0 works with scooters, too.

“Boasting a 100 dB alarm to alert you of any tampering, you can relax a bit more, knowing your gear is safe and accounted for,” ABUS said. “A truly versatile and modular lock that adds to ABUS’ award-winning alarm lock collection.”

What does LPL think of it. ?