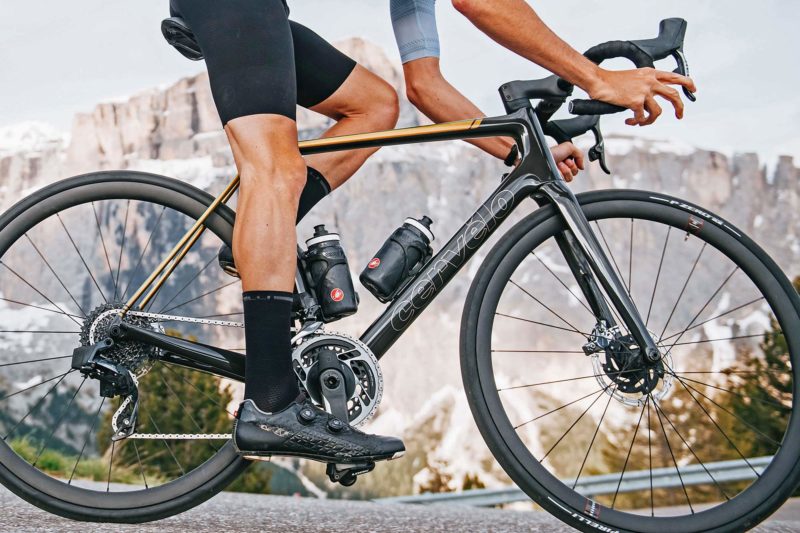 Cervélo’s lightweight R5 Disc classic road bike hadn’t seen a major overhaul since the third generation of the bike more than four years ago. But now a new 2022 R5 Disc is back with a vengeance, going on 16% weight-loss diet in this gen 4 to shed a full 130g, making it an even better all-rounder at a claimed 703g, almost unmatched even among the lightest climbers-only bikes…

The new Cervélo R5 Disc was developed with the Jumbo-Visma pros to be lightweight foremost, ensuring the team would always get their race bikes down to the 6.8kg UCI limit without having to cut corners on equipment like power meters or the ideal wheel & tire choice of the day.

But neither Cervelo nor the pro riders were willing to sacrifice on the World Tour-proven race performance of the R5 that has made it just as strong a descender as a climber. 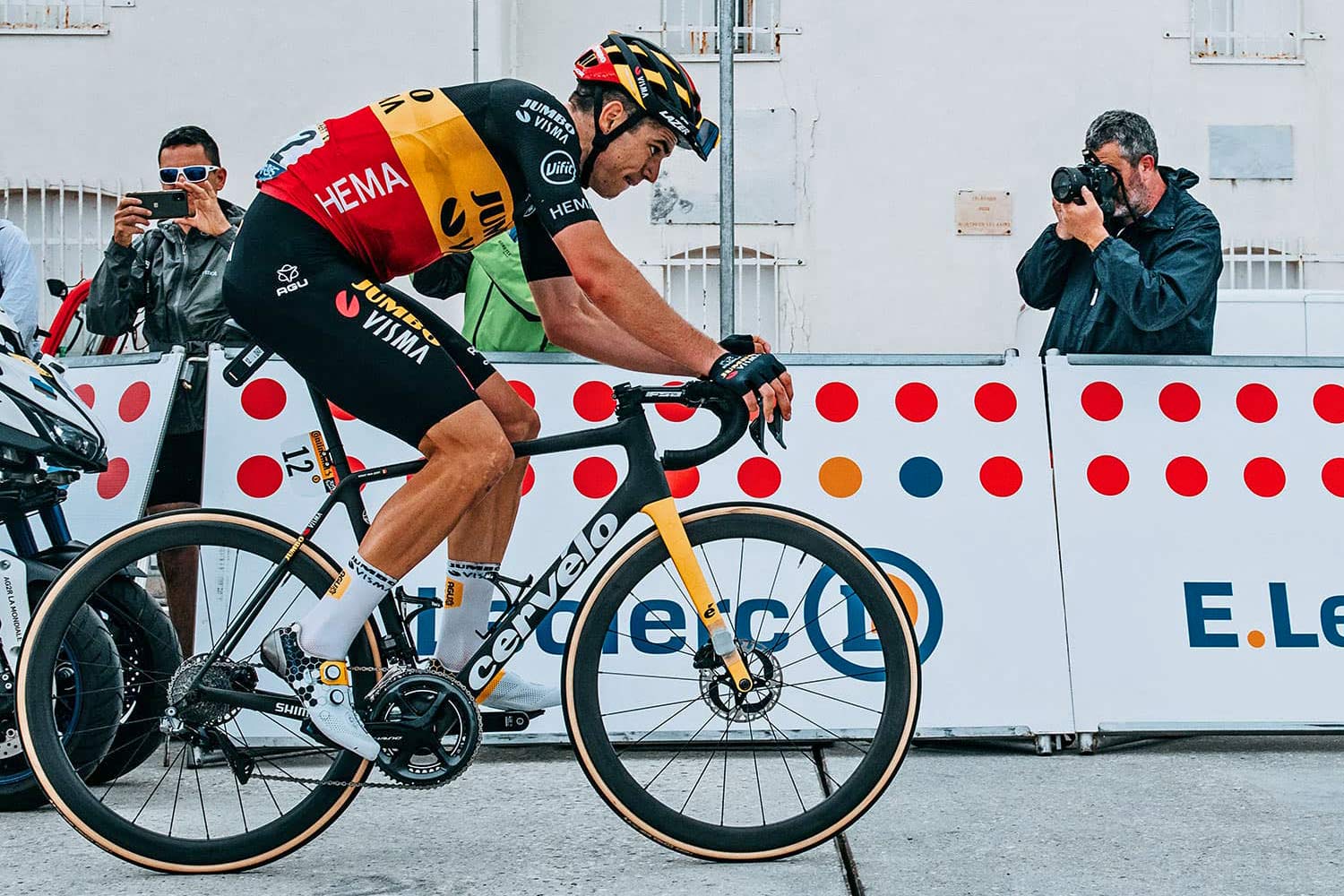 And now having been raced this season in the Spring Classics, then ridden to a mountain stage win at this year’s Tour de France, together with an overall Vuelta GC win, it’s once again an undeniably versatile all-rounder. 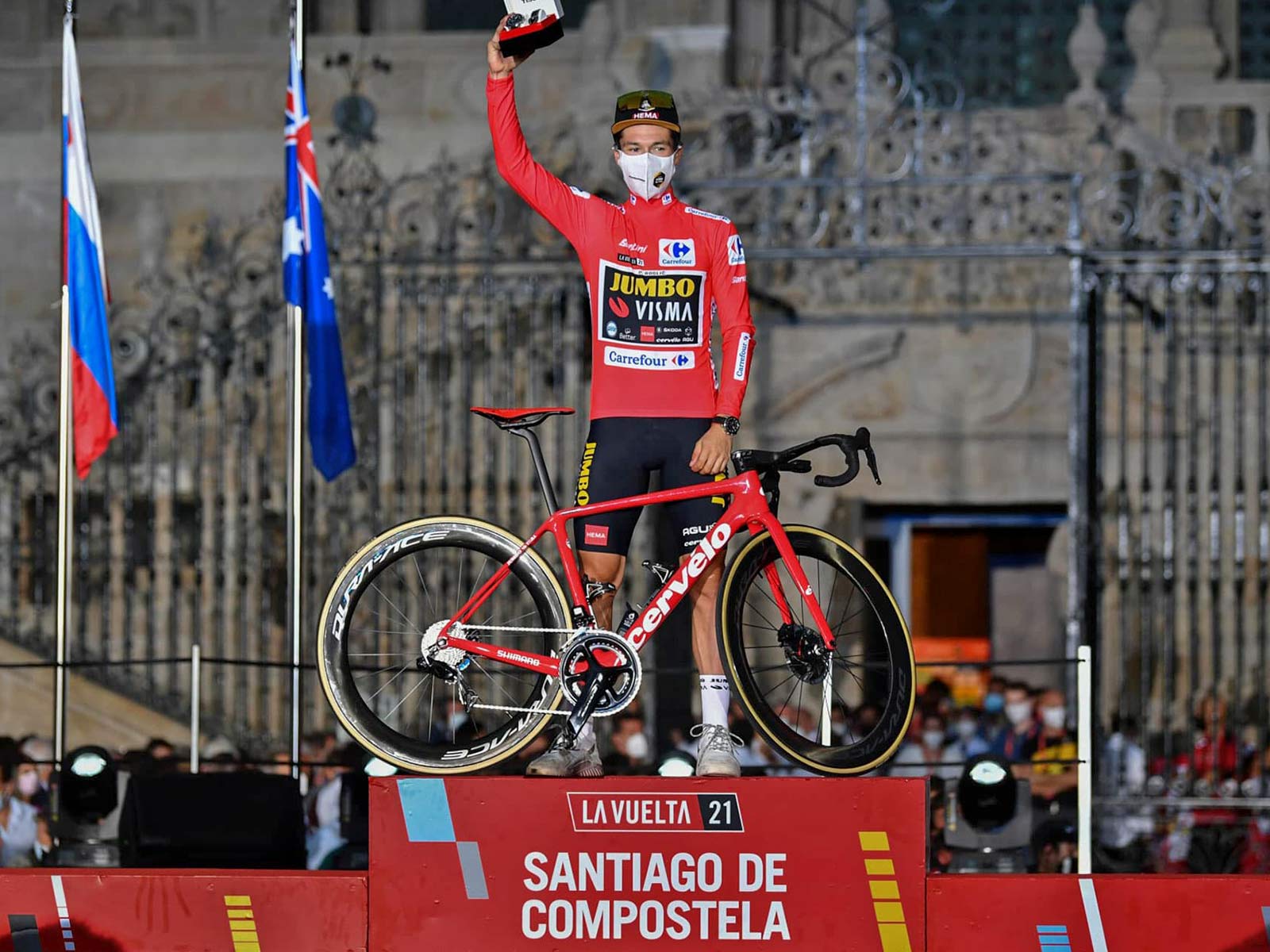 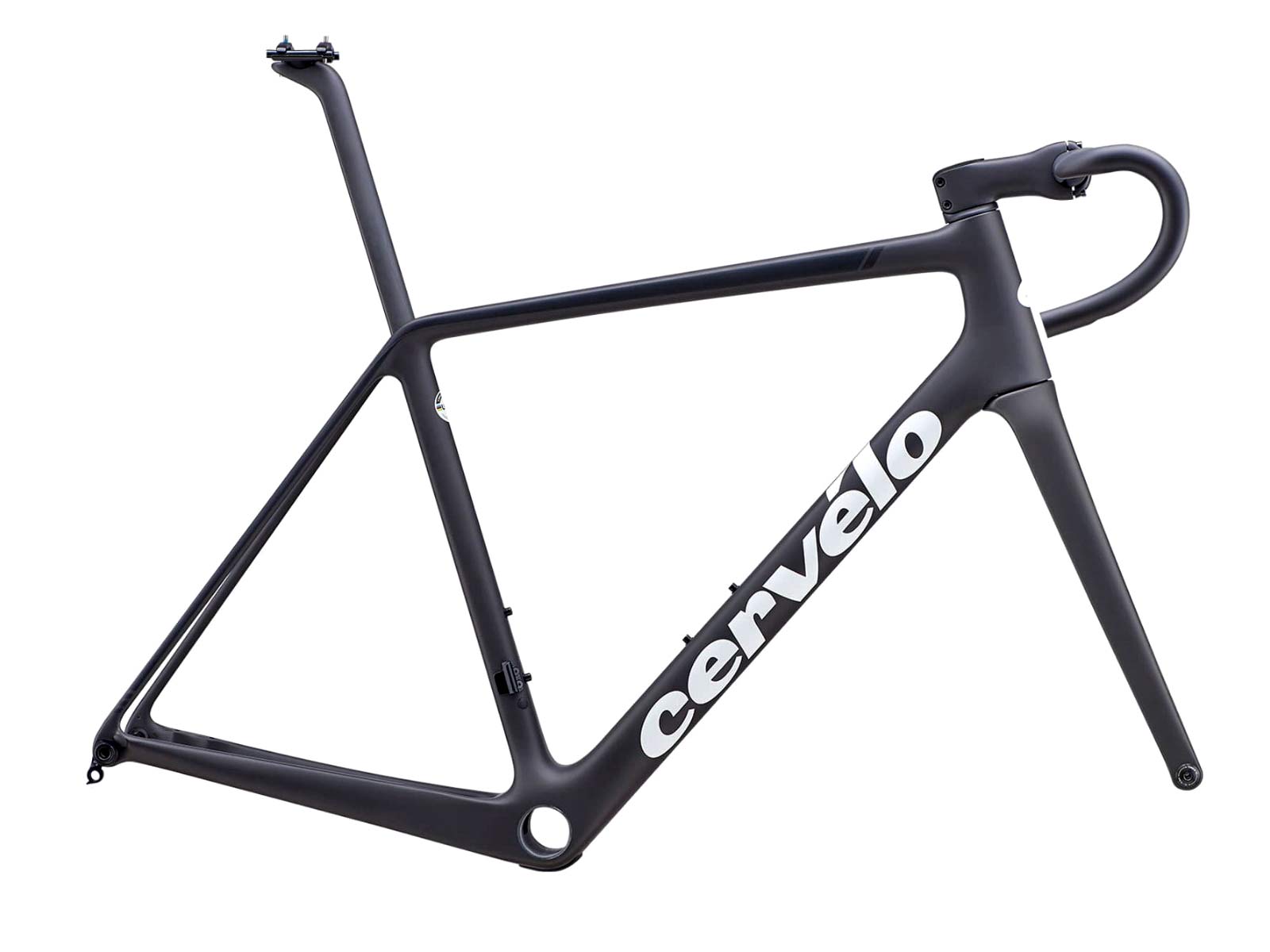 From its outward profile, the new R5 Disc looks quite similar to the bike that it replaces. But deeper integration & smoother lines redefine the new race bike. Up front are the most obvious changes, starting with a new smooth aero transition from the lower fork crown into the downtube, which now sits a bit closer to the front tire.

Inside the layup Cervelo says there’s plenty of carbon optimization, but overall power transfer & lateral stiffness of the frame is said to be the same as before – one of the first incidences of the new bike’s “don’t mess with what works” development approach. 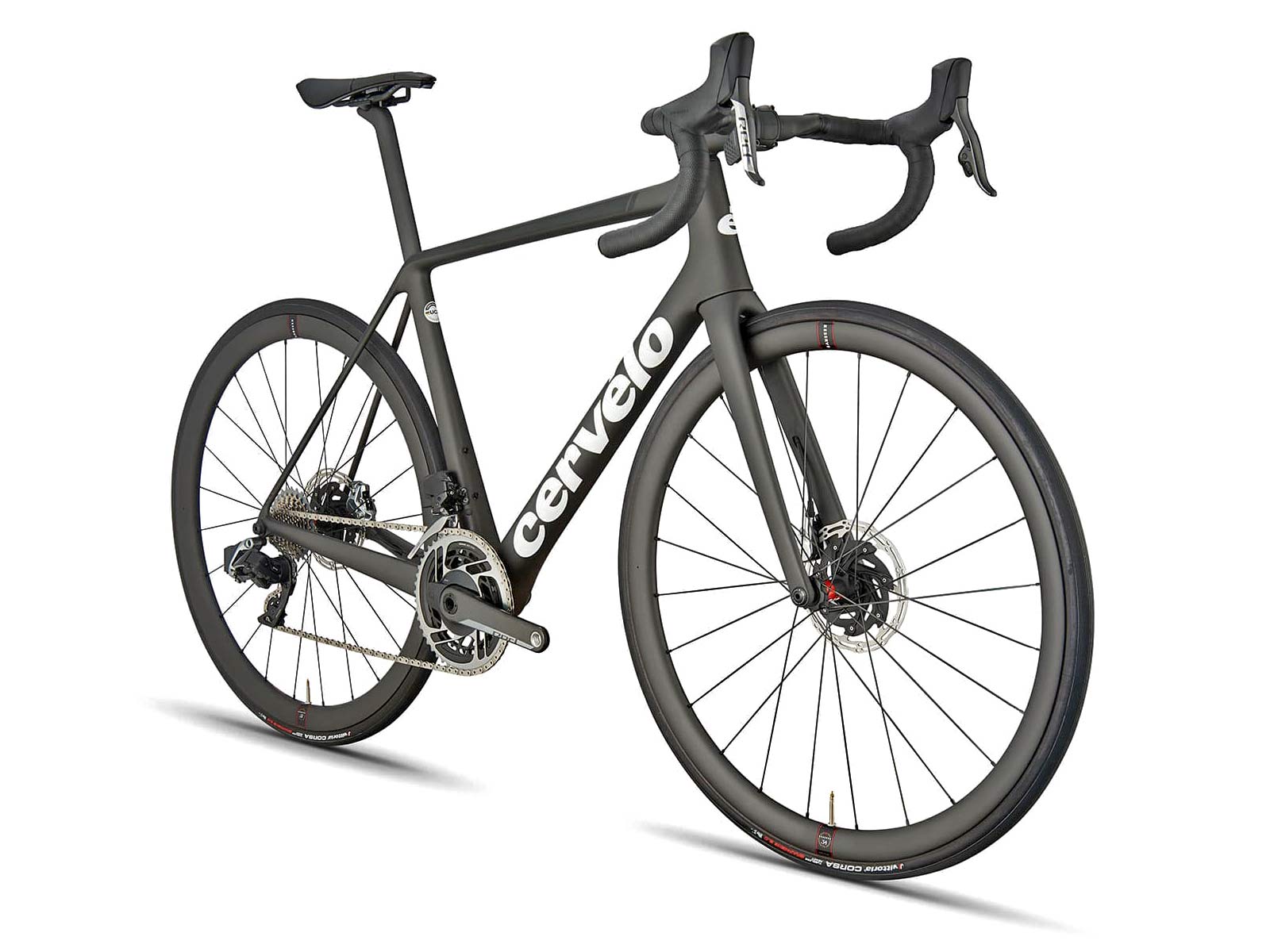 There was however a concerted effort to make the front end more comfortable, as pro riders noted that the previous R5 fork was probably too stiff, to the point that it was wearing them down over the course of a Grand Tour. Part of that comfort comes from refined layup, but also new bigger tire clearances.

Much like the aero road Caledonia that launched last summer, the new R5 Disc has room for up to 34mm wide tires making this a true Spring Classics-ready race bike. (Compared that to the 30mm clearance of the old R5, which had necessitated the rare old R3 Mud) 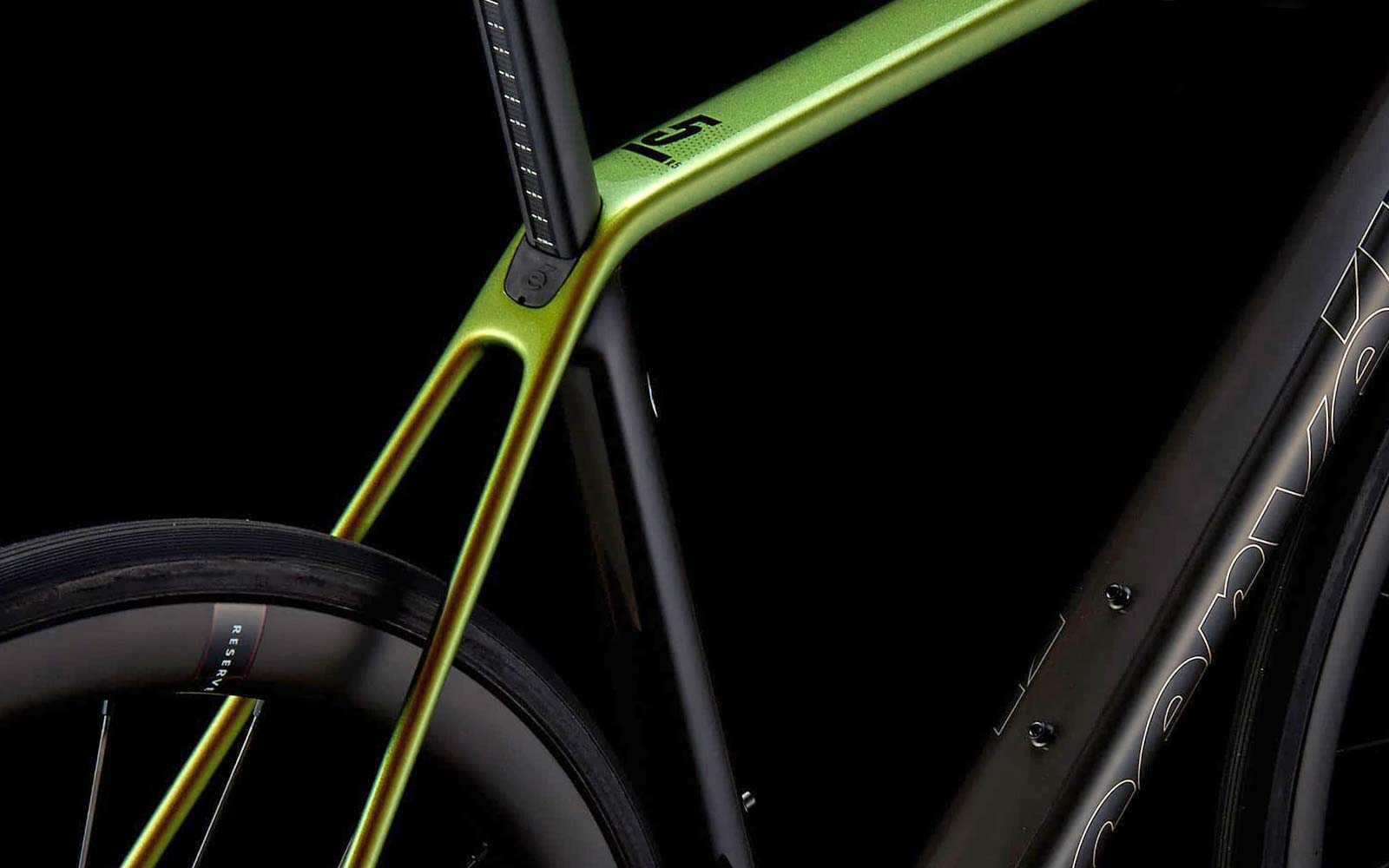 Extending the mix of rider comfort AND integration, a new trimmed down wedge clamp secures the D-shaped seatpost which now tucks inside the top of the seatstays, getting rid of the small cap over the old R5‘s seat cluster.

Adding all of those little details together, and the new R5 Disc claims a weight of just 703g for a 56cm painted frame, plus another 328g for the fork.

That’s surprisingly close to the super limited edition original 700g R5ca or more recent 667g RCA, both of which were still on rim brakes only and were framesets that sold for 2x as much as this new R5 Disc. 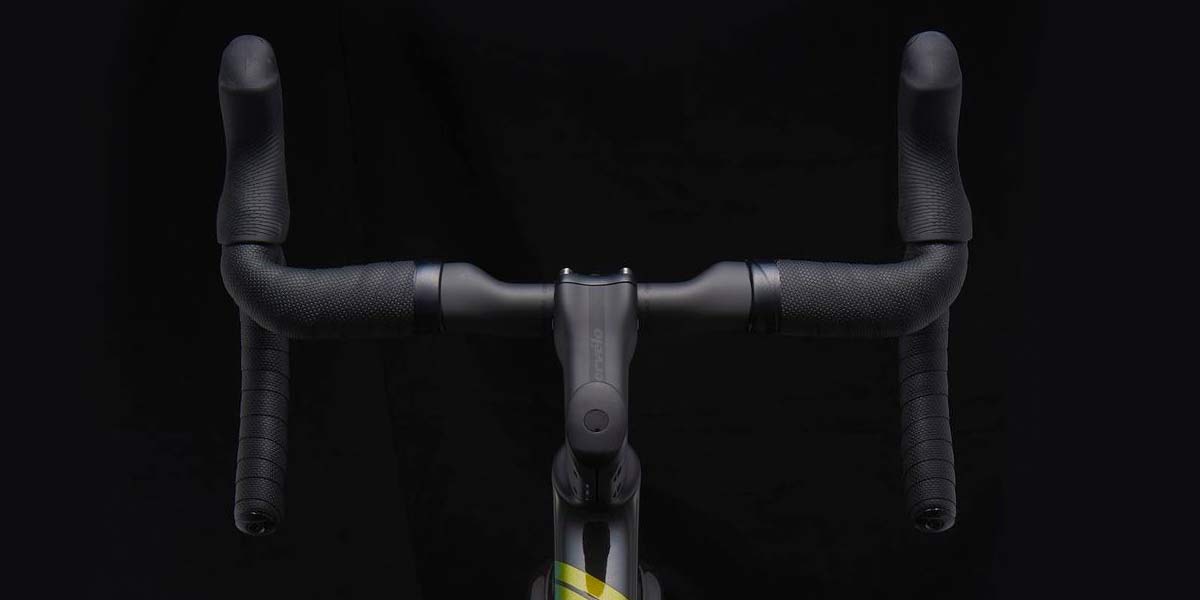 Looking at the rest of the new R5’s components, its new seatpost itself apparently sheds another 20g. And the separate new aero, ergonomic Cervelo carbon bar & stem add up to another 24g weight savings, too. 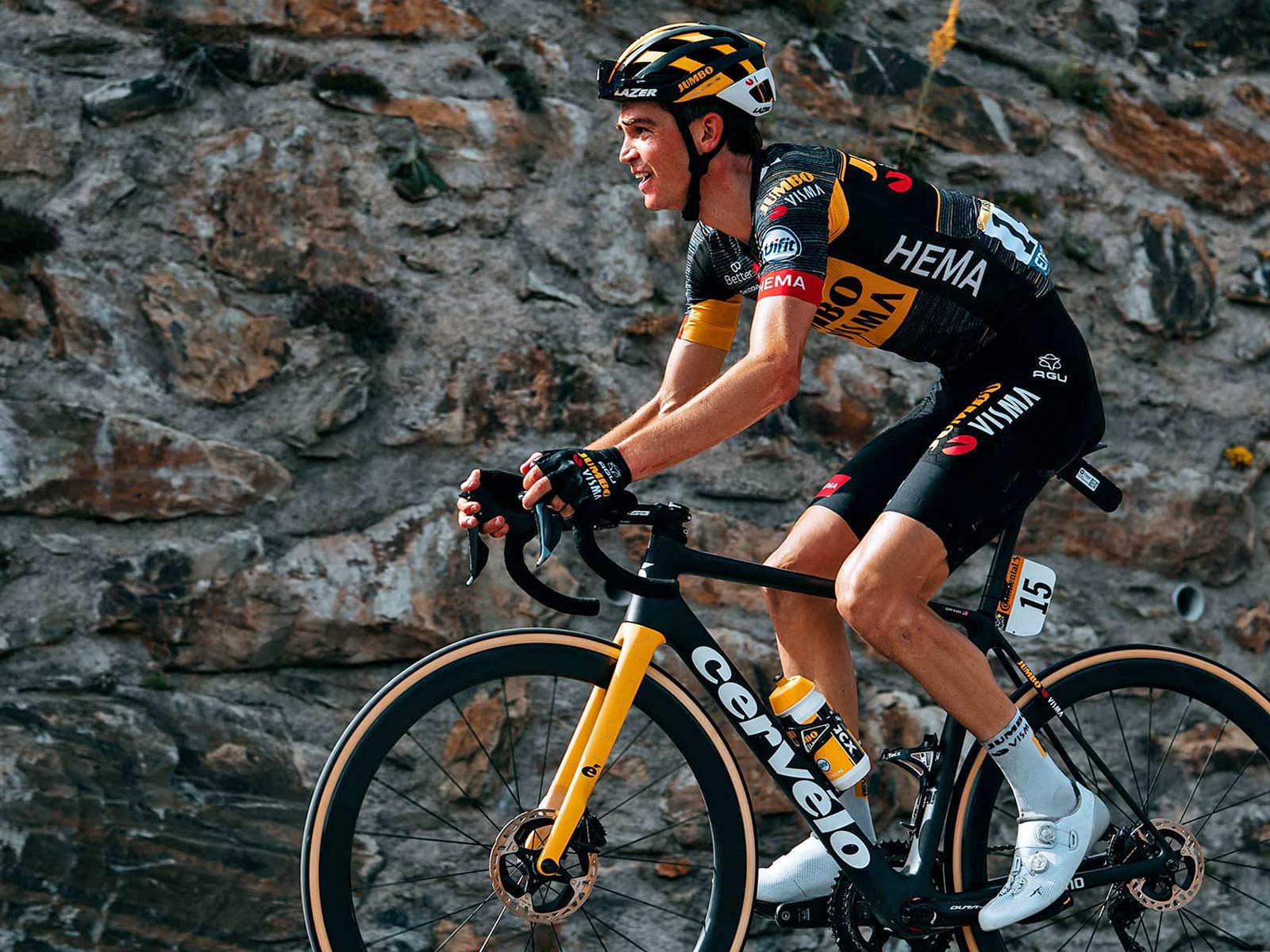 Geometry on the new Cervelo R5 Disc is effectively unchanged, +/-1mm from the previous generation as the Jumbo-Visma pro riders essentially said not to mess with a good thing (again). The only real functional change in the stock six size range (48-61cm) was apparently a tiny bit of extra fork trail (0.3mm) said to compensate for the larger size tires riders are racing these days. 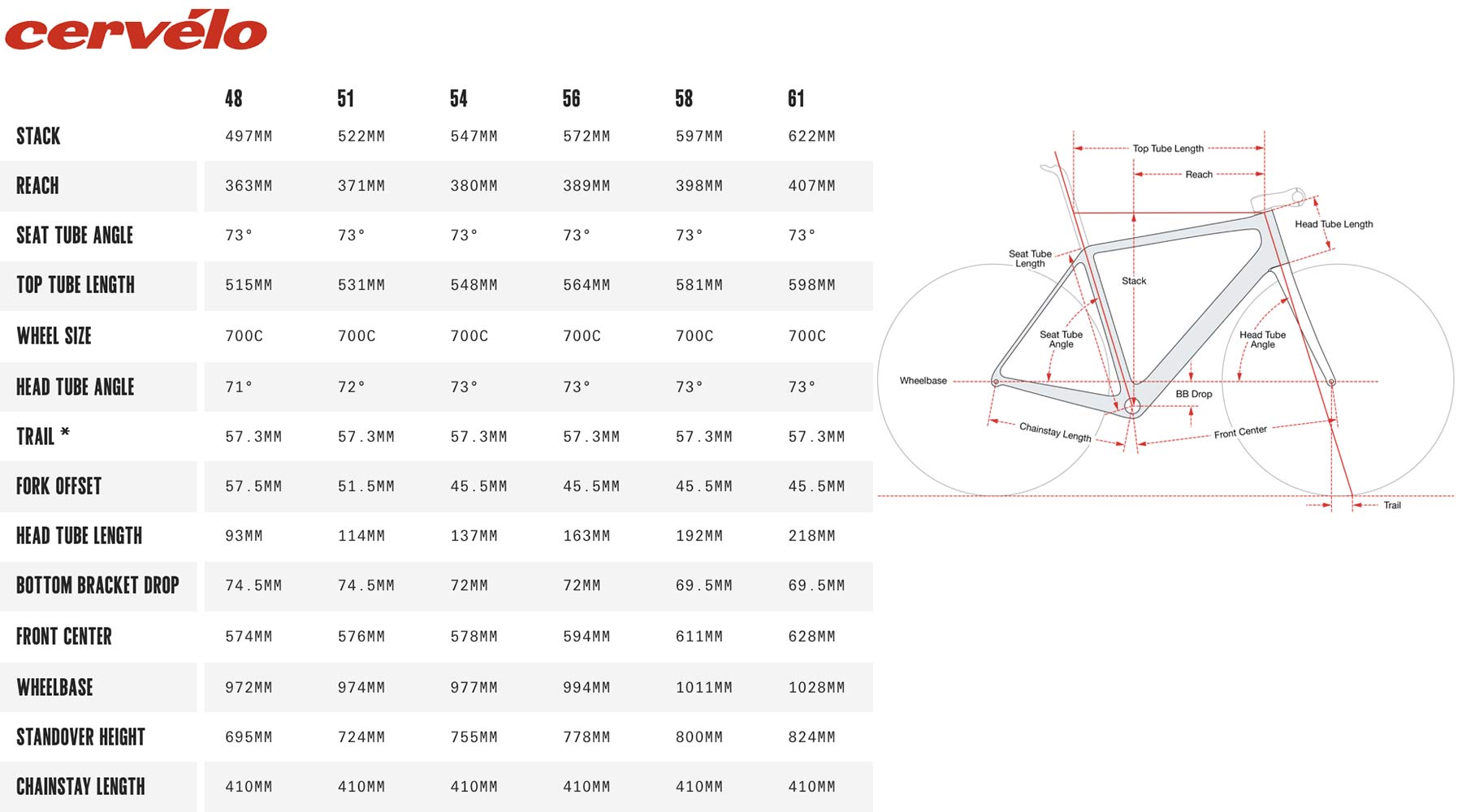 The bikes do get taller headtubes that balance out with the shorter fork crown heights to come out at effectively the same frame Stack & Reach figures. And newly more sloping toptube layout does yield lower standover heights for the larger frame sizes, though. 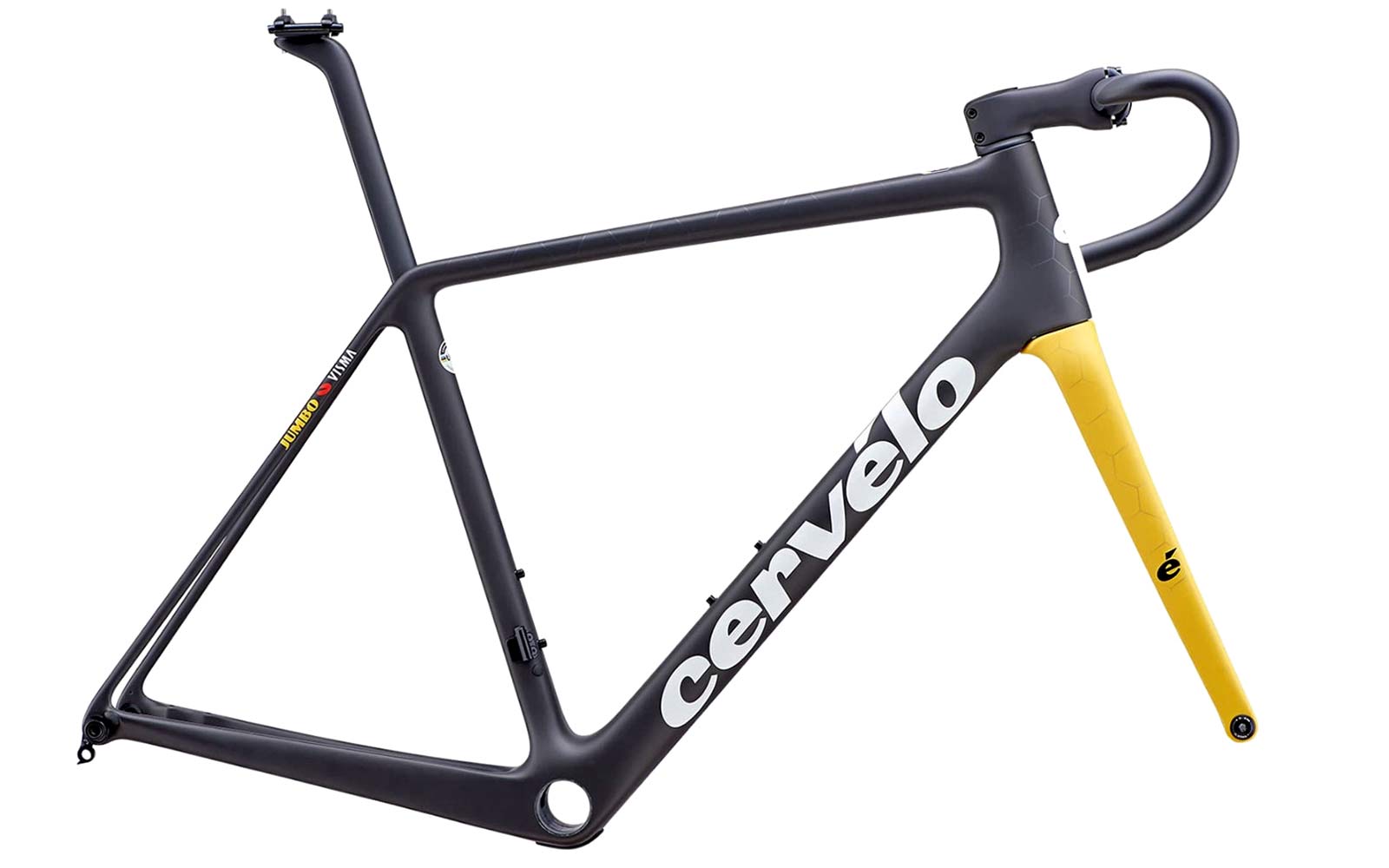 The new Cervélo R5 is now disc brake-only and sells for $5000 as a frameset (frame, fork, seatpost, bar, stem, headset & axles) in any of three colors: Five Black, replica Jumbo-Visma Black/Gold (above), and Lime/Black (below). 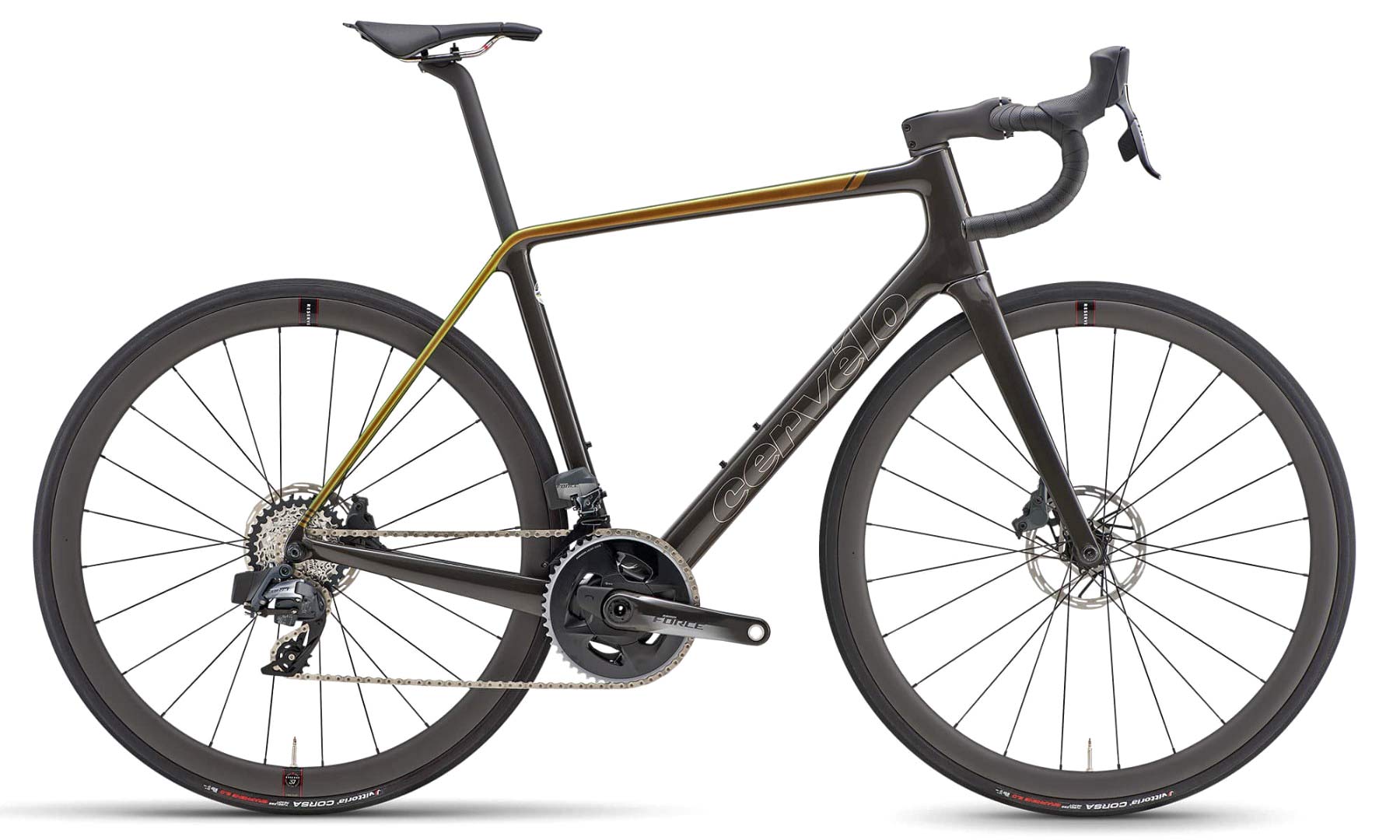 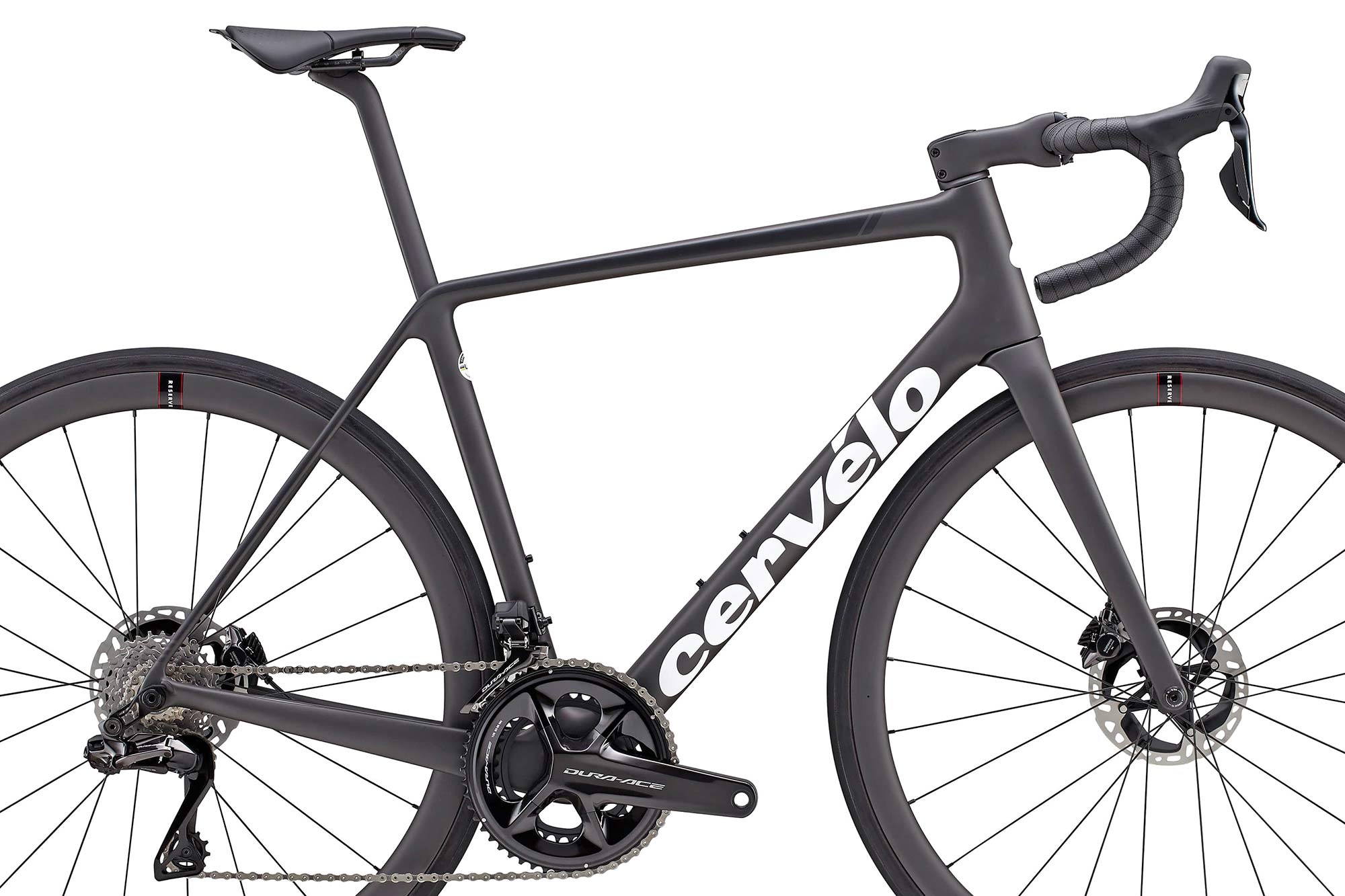 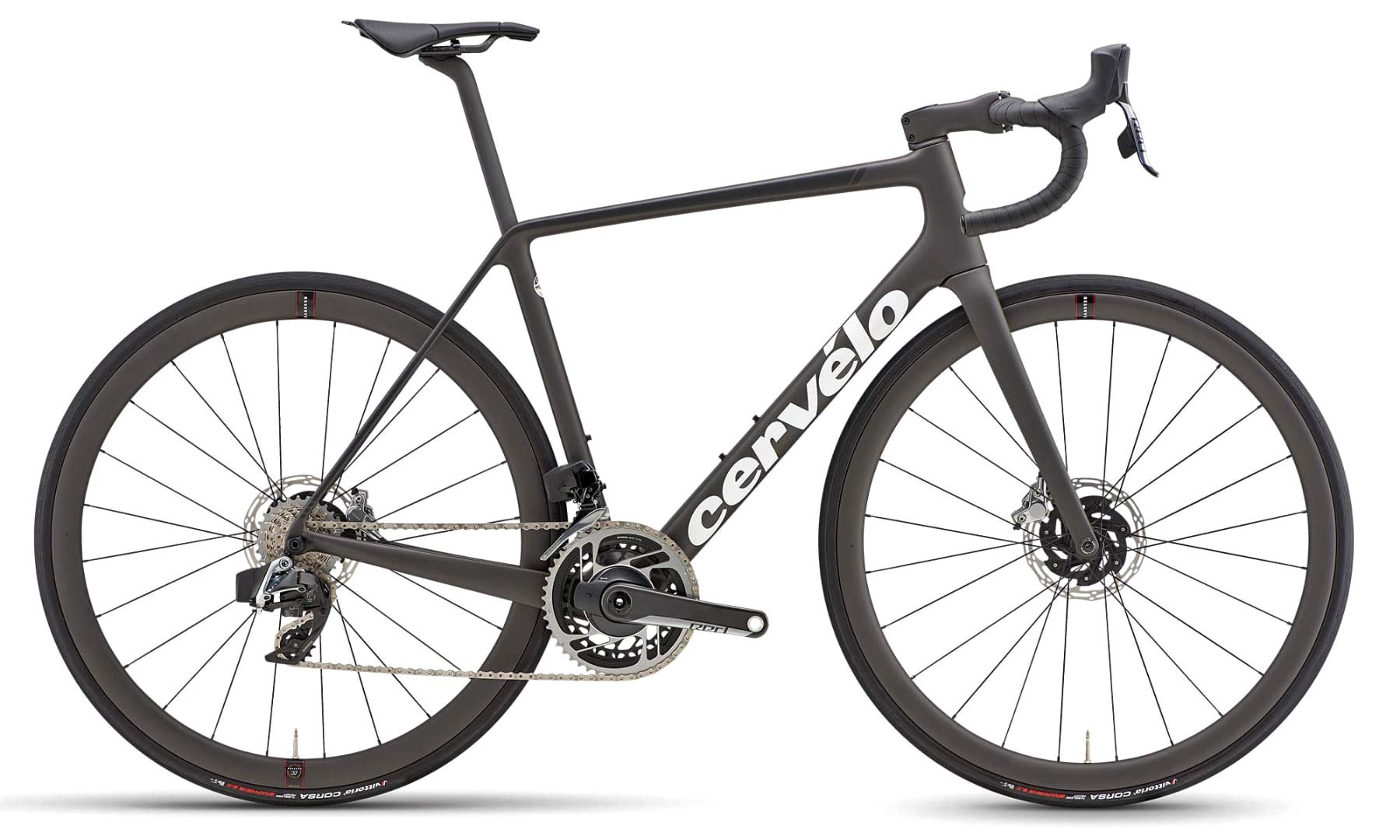 Or for that same $12,000, SRAM fans can swap in a complete Red eTap AXS wireless 2×12 build including a carbon Red powermeter crankset, and the same Reserve wheels. 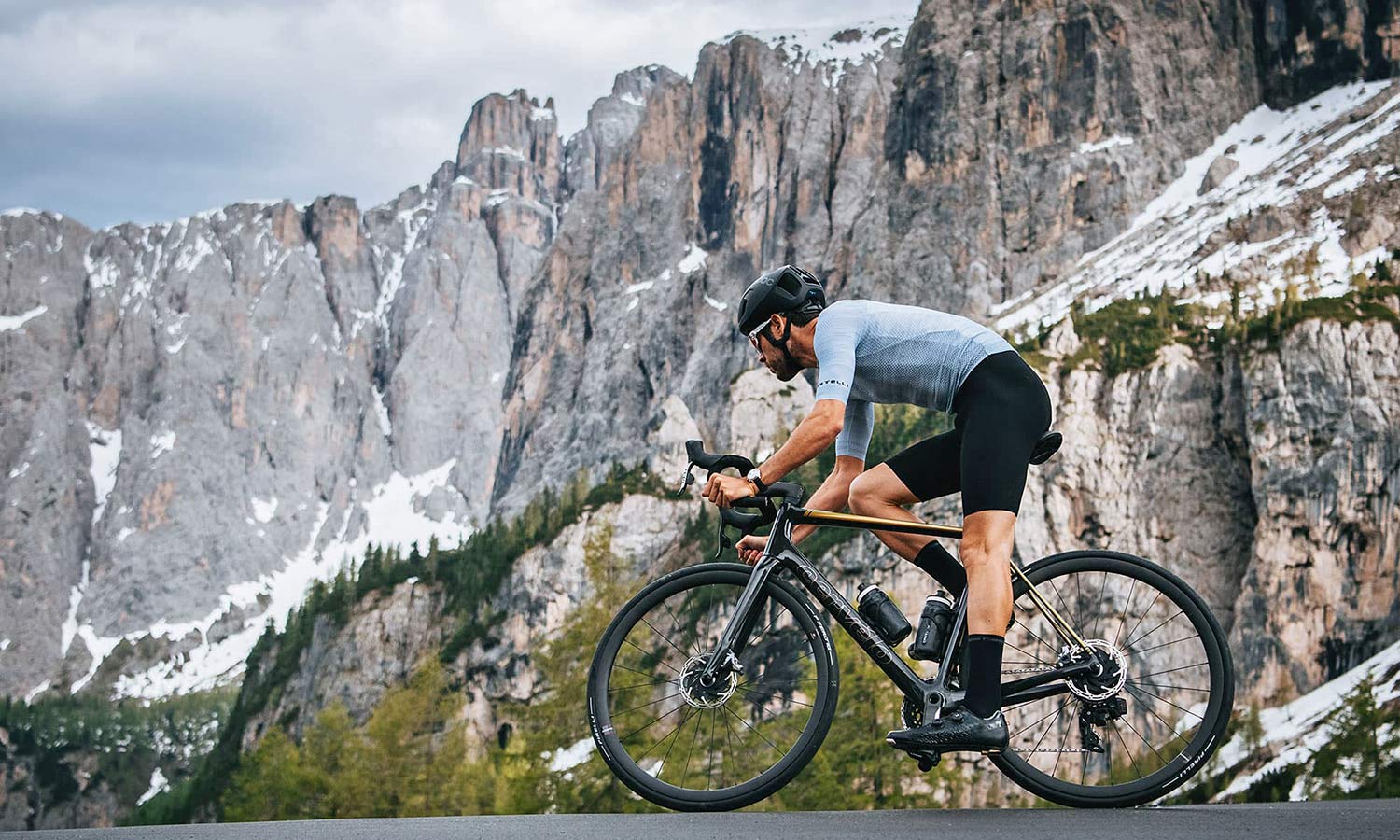 The SRAM Force is rolling on Reserve wheels with DT Swiss hubs, not Zipp.

One came through my local shop this week. Defiantly Zipp hubs. I read that supply issues resulted in the switch.