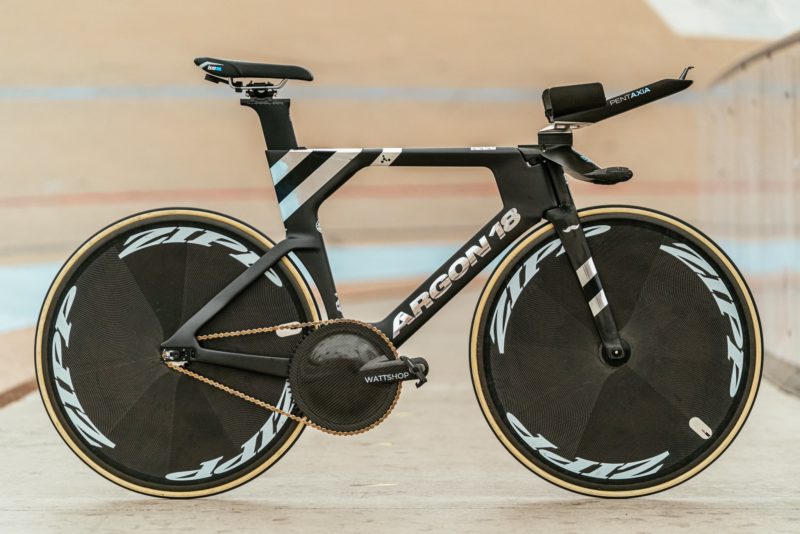 Ashton Lambie is going for the record. Specifically, he is going to attempt to ride 4 kilometers in under 4 minutes. Ashton has been training hard and consulting with the best engineers and coaches around the globe for the best ride possible. The event will take place at the velodrome in Aguascalientes, Mexico, at 3:30 pm EST on August 18th. 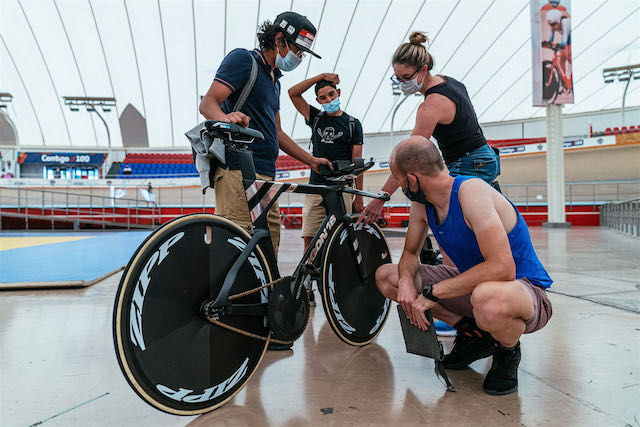 Ineos Grenadiers’ Filippo Ganna currently holds the record with a time of 4:01.934. Ganna and Lambie have competed many times before, and one meeting produced Lambie’s individual pursuit world record. 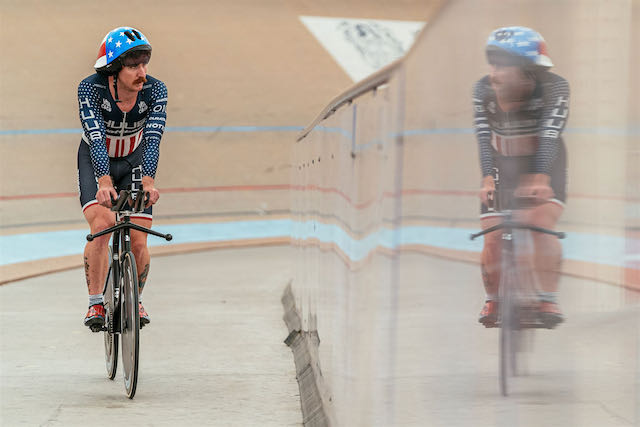 Ashton Lambie had a different call to the boards than most, coming from the grass velodrome in Kanas. He frequently competed in long-distance gravel and endurance events before joining the USA Cycling national track program in 2017. 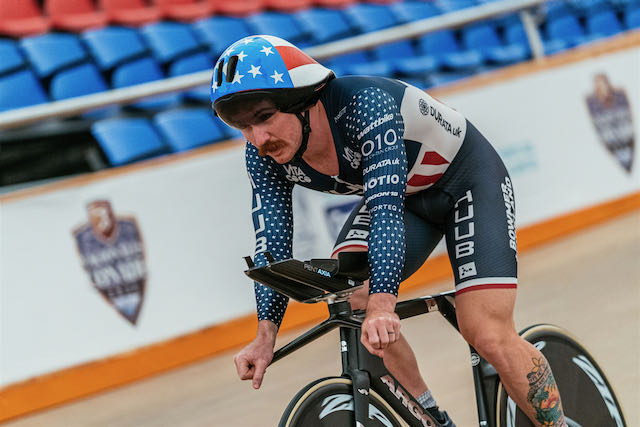 Ashton quickly climbed the ranks in USA Cycling’s track standings, upgrading steadily — eventually landing him a Cat. 2 license, with eligibility to race the US Track National Championships. He later went on to win the Individual Pursuit national championships at Trexlertown, Pa, and secured a spot on the US World’s team. 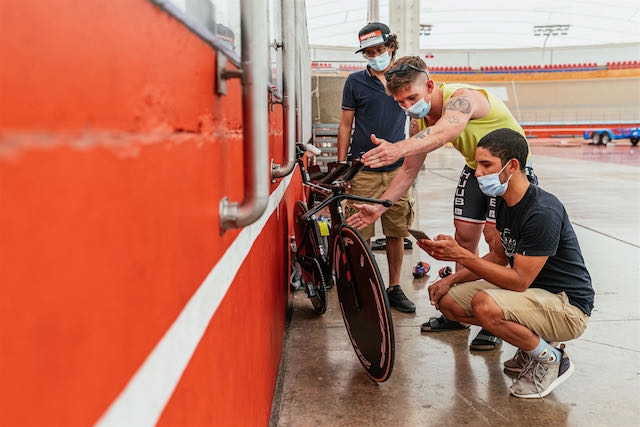 The attempt is roughly inspired by Roger Bannister’s barrier-breaking four-minute mile in 1954. If you’ve been following Lambie on Instagram, you know he’s driven for this attempt, and Tokyo has only strengthened his intentions. 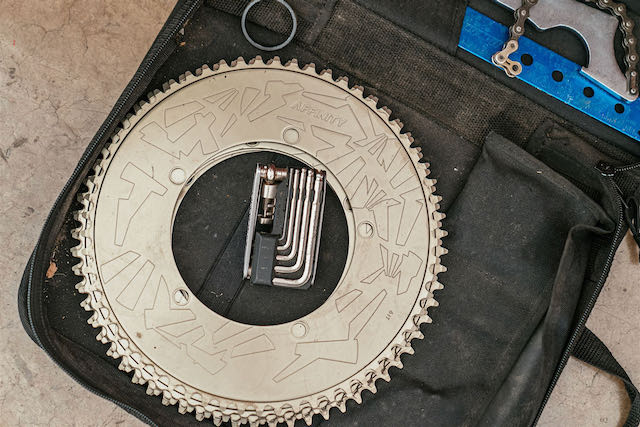 Stating on Instagram earlier, “We have been steadily lowering the 4 km pursuit World Record over the last few years, making the sub-4 minute barrier less of a dream and, I believe, more of an inevitability,”

The track at the Aguascalientes Velodrome is sought out for record attempts as the track sits at 6,200 feet elevation, and the boards are known for their speed. 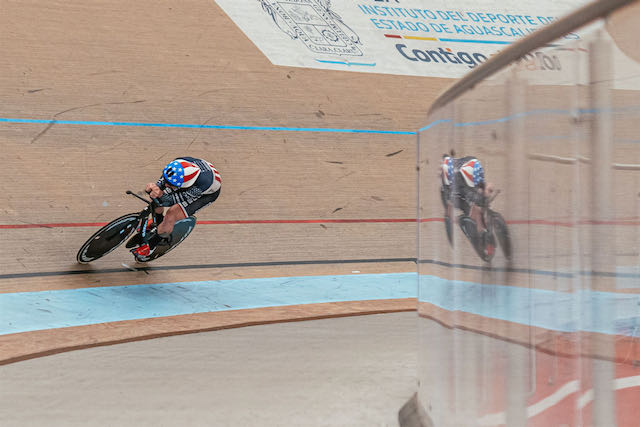 Those questioning the validity of the track in Aguascalientes, Mexico, and high altitude only need to check the UCI regulations. The track is a standard regulation and frequently used for competition and the Pan American Games. 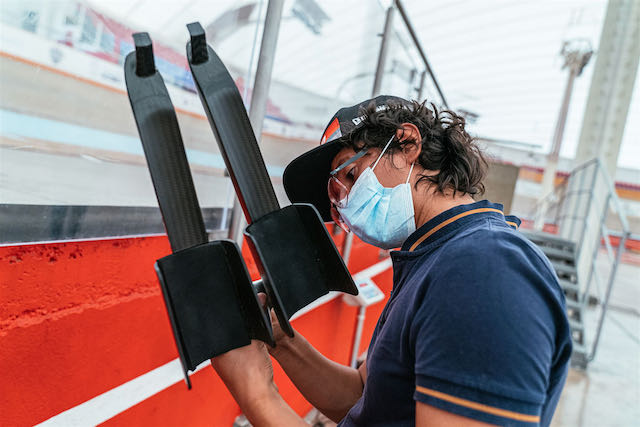 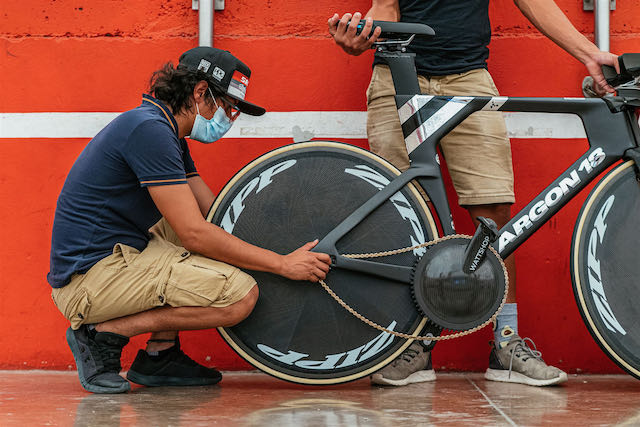 The Super-9 was designed for the Cycling Australia track program in collaboration with Argon 18 and Cycling Australia. The Argon 18 Electron Pro TKO Pursuit is Ashton’s go-to for the kilo and has served him well. 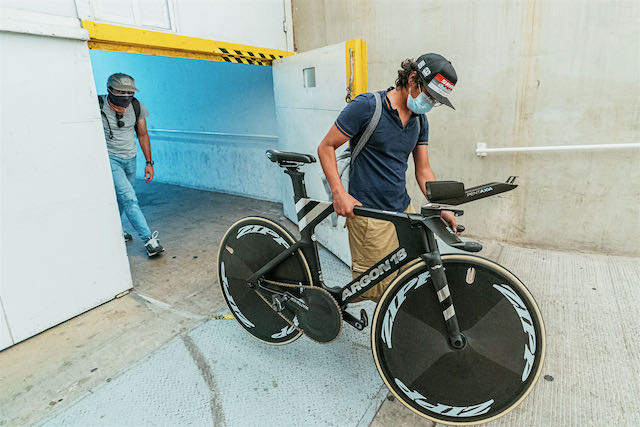 These particular Zipp Super-9 discs are designed to work with the squad’s Argon 18 track bikes only. 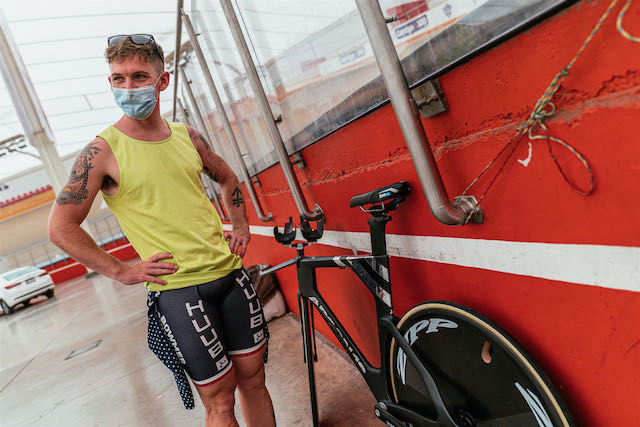 Want to see the record made? You can watch all the action live, today at 2:30 CT on Zipps Instagram page.

What’s the mask for? Is it to make his stache more aero?

Marinates the pomade into the lip hairs.

Why was this guy not in the Olympics?

His specialty is the IP pursuit & Team Pursuit…The USA didn’t qualify for an Olympic spot in the TP, and the IP was dropped post ’08 Olympics

Because the effort that USAC puts into American cycling, let alone men’s cycling. All their eggs went into Chloe and her TP squad, and getting their personal bonuses through corporate deals. I guess Jen V. get’s some USAC love too but to my understanding its really her grass roots support in SD that does it for her.