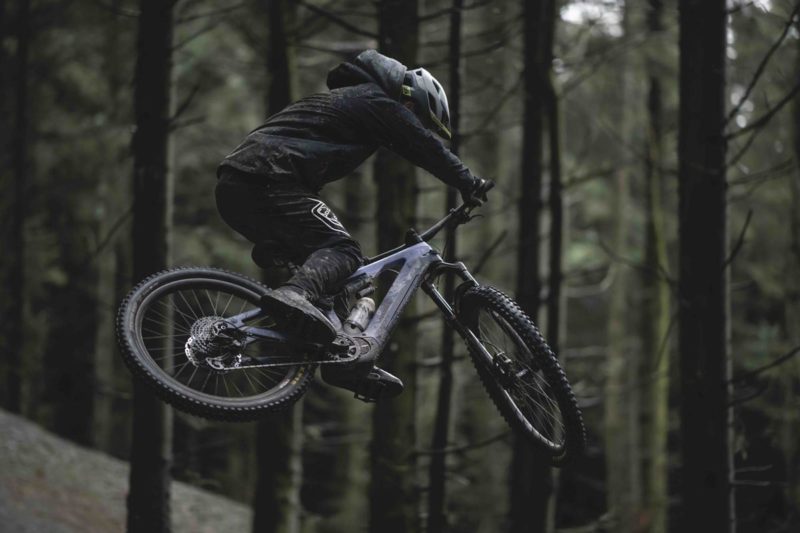 Canyon has been busy updating their e-mountain bikes lately. More importantly, they’ve also just opened the taps to the U.S. with their first e-MTB model to be offered here – the new Spectral:ON CF 7.0. 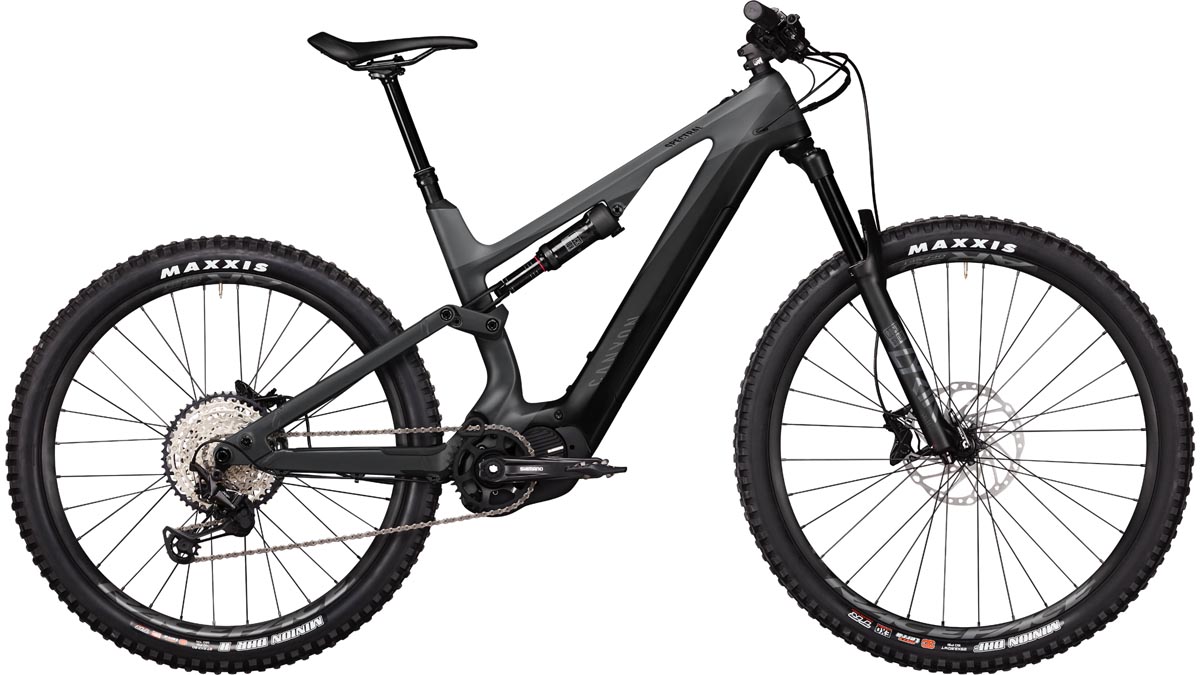 Like the Neuron:ON below, the Spectral:ON has been redesigned for 2020 with a new frame that features an integrated internal 504Wh battery. Neatly tucked into the downtube of the carbon frame, the new battery design drops weight but also makes sure that battery weight is down low for a better center of gravity and improved handling. On Eco Mode, Canyon claims you can squeeze up to 100km of range depending on the conditions.

Running 150mm of travel front and rear, Canyon states that the Spectral:ON has revised suspension kinematics as well. Once again, the Spectral:ON is a “mullet” bike with a 29″ front wheel and a 27.5″ rear wheel, but now the rear has moved to a 27.5 x 2.6″ rear tire. 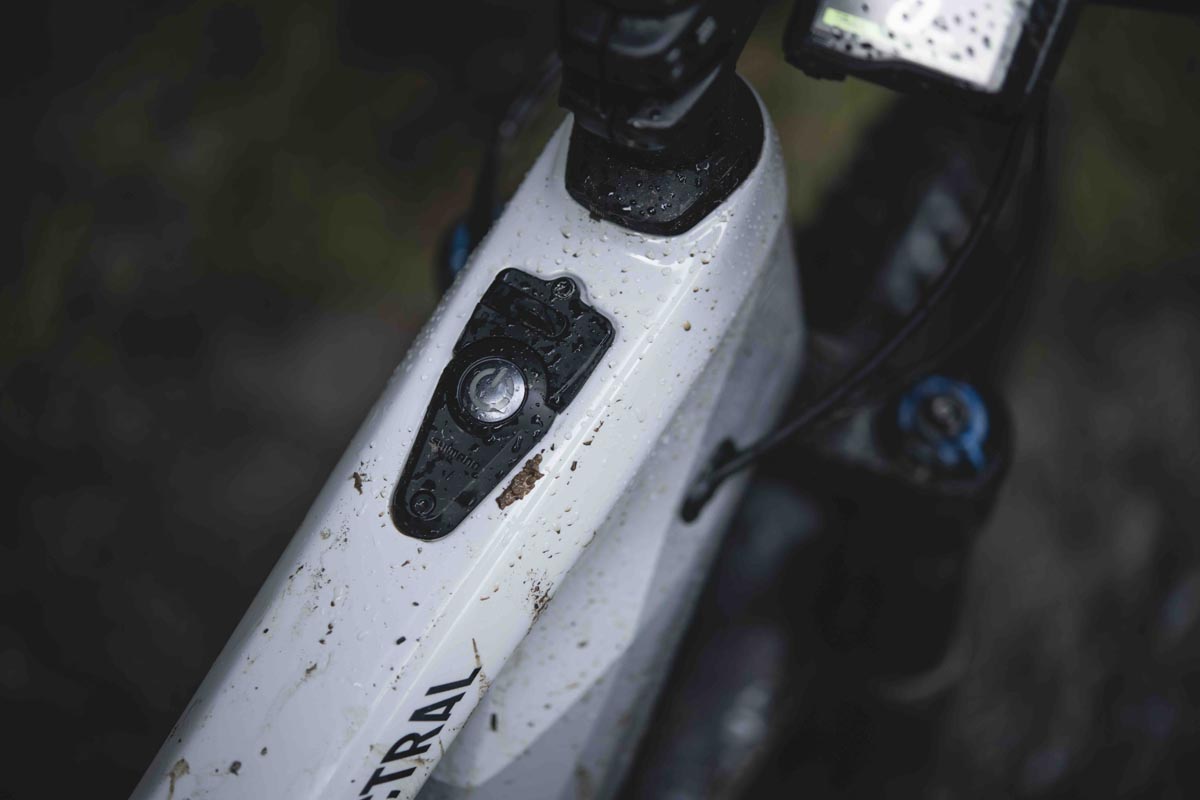 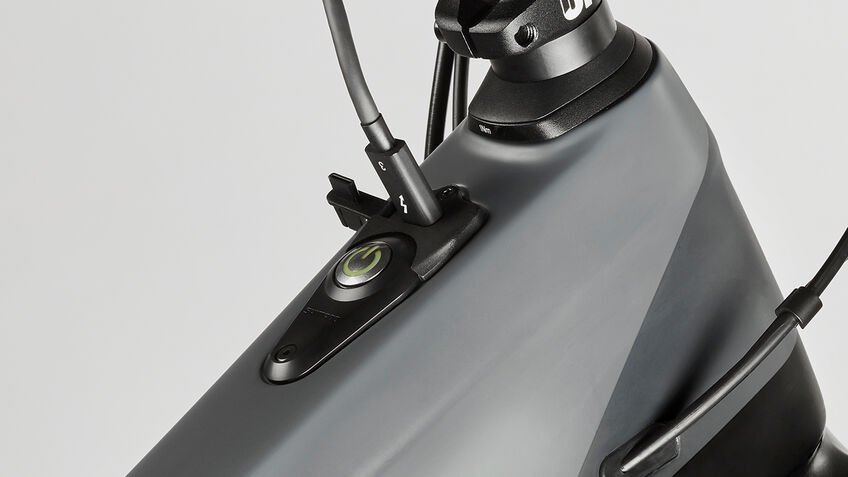 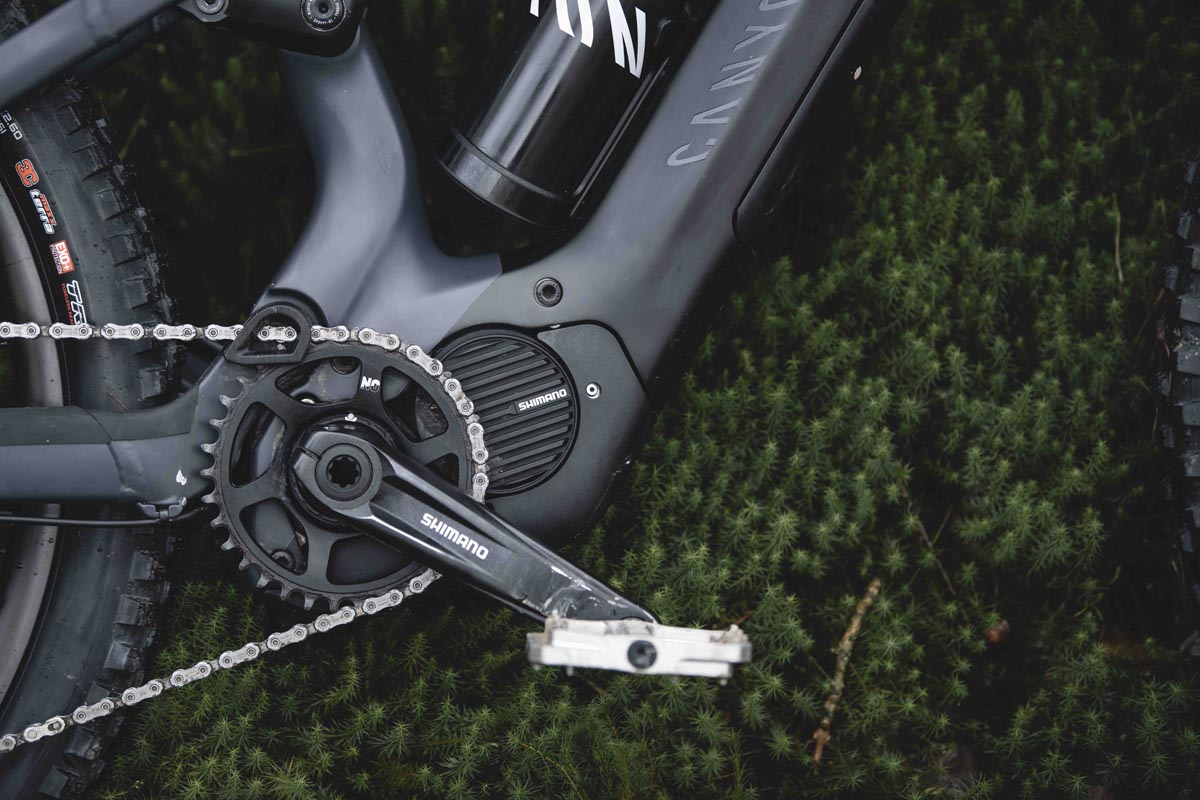 Built around the Shimano E8000 drive system, the frame includes an on/off button and USB-C charging port right on the top tube. This can be used to charge a phone, light, or other electronic device on your bars while you’re riding. 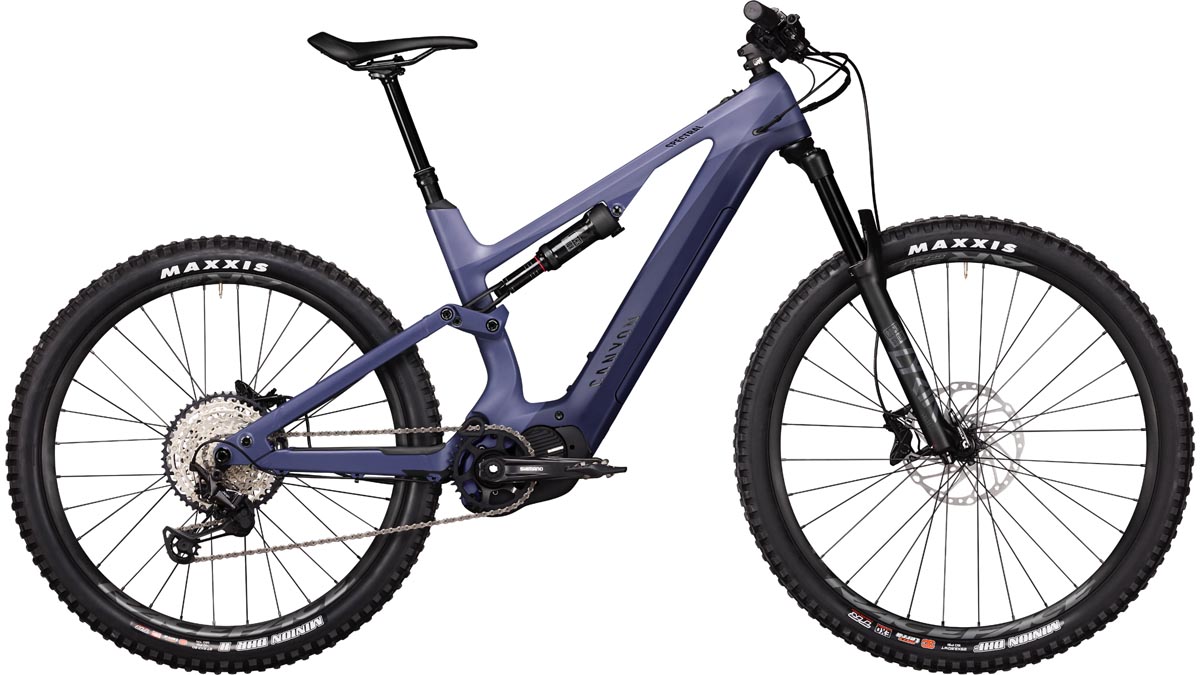 In other countries, you’ll be able to find a number of different Spectral:ON models, but keeping with Canyon USA’s limited range of offerings, the U.S. will be limited to just the Spectral:ON 7.0 CF for now. This model will be priced at $4,999 and includes a RockShox Lyrik Select and Deluxe Select suspension package, a Shimano SLX/XT 1×12 drivetrain, Shimano MT520 hydraulic brakes, RaceFace AR30/AR35 wheels with Maxxis Minion DHF/DHR tires, and an Iridium Dropper seatpost. Canyon claims the new carbon front triangle helped drop 1kg of weight, with the complete bike checking in at a claimed 22.15kg (48.83lbs). 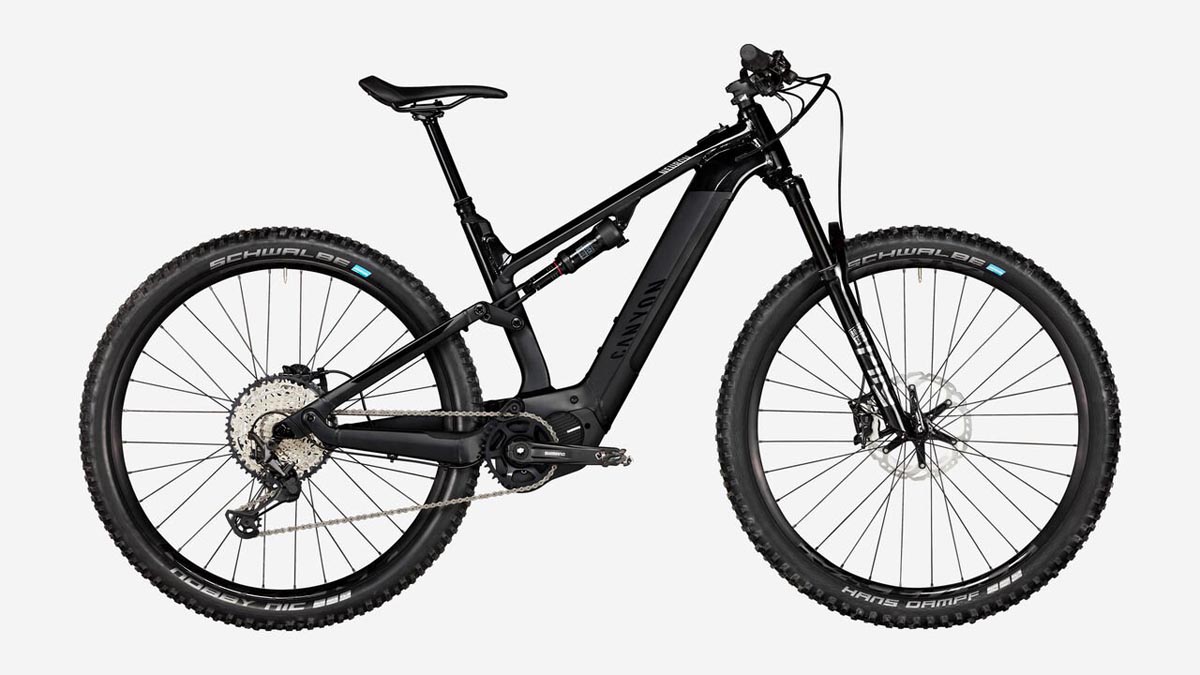 For those outside of the U.S., you’ll also have access to the new Neuron:ON e-bike as well. Designed to be a bit less aggressive than the Spectral:ON, the Neuron:ON runs 130mm travel front and rear as well as the same sized wheels. However, you will find different wheels for the XS-S frames and the M-XL frames. The smallest bikes get 27.5″ wheels while the larger bikes roll on 29″ wheels and tires. 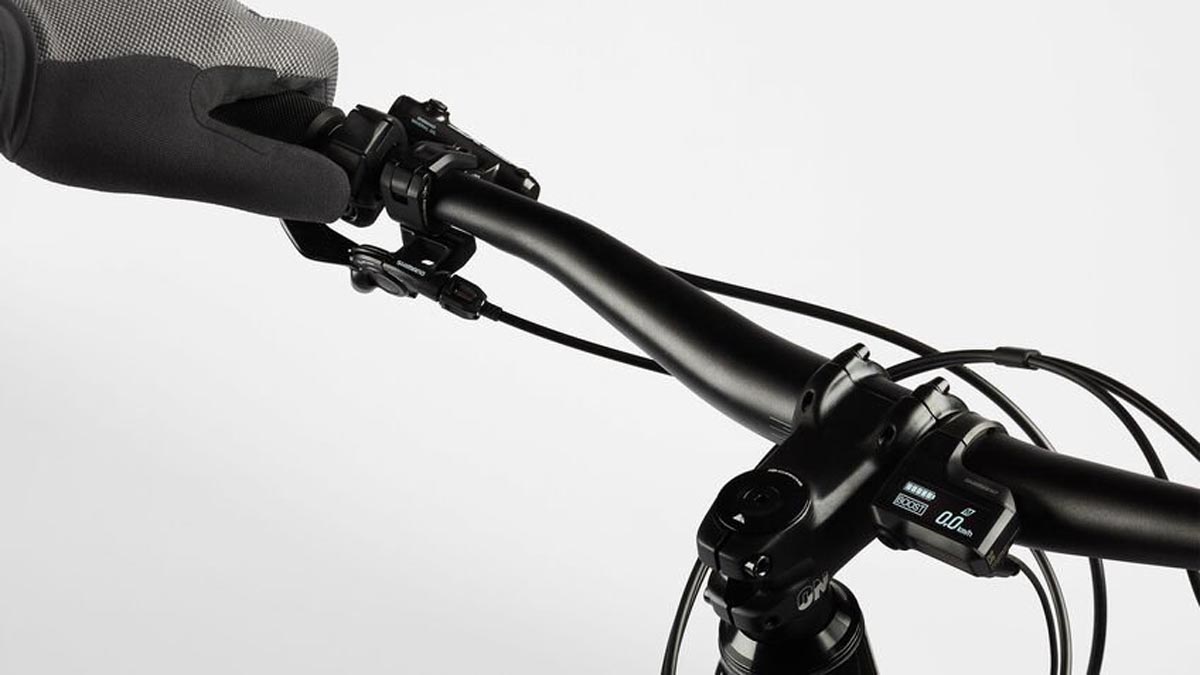 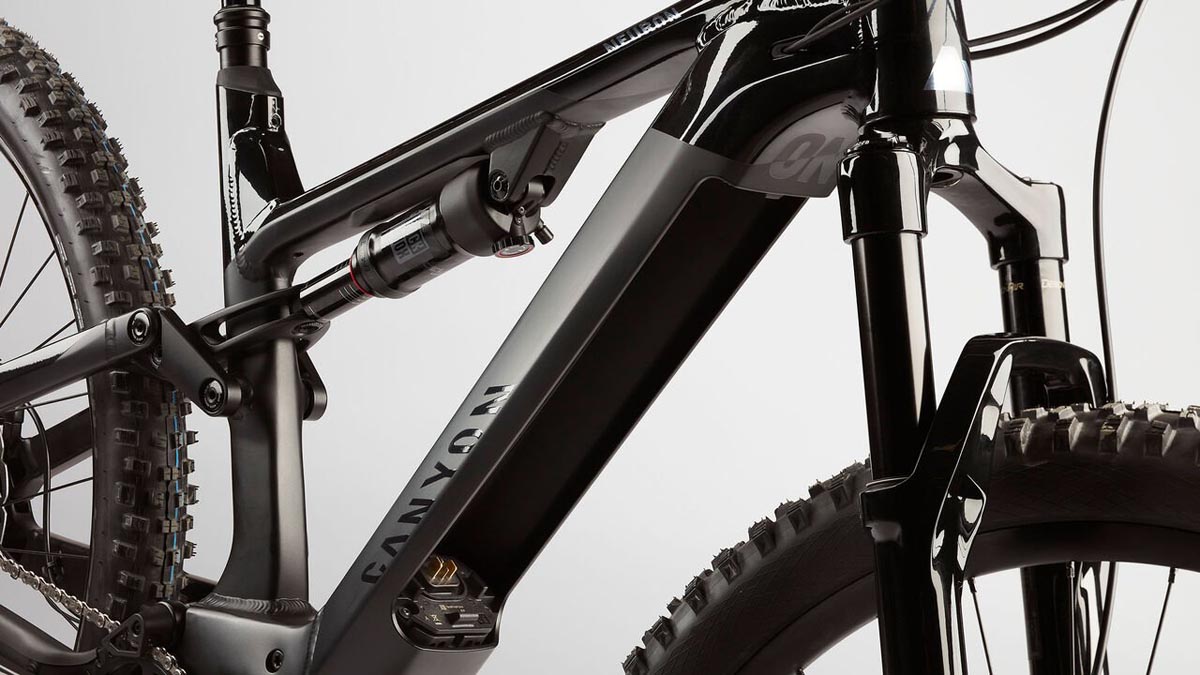 Also built around the Shimano STEPS E8000 system, the new Neuron:ON will be available in a few different build levels including a Women’s model – but again, only outside of the U.S.