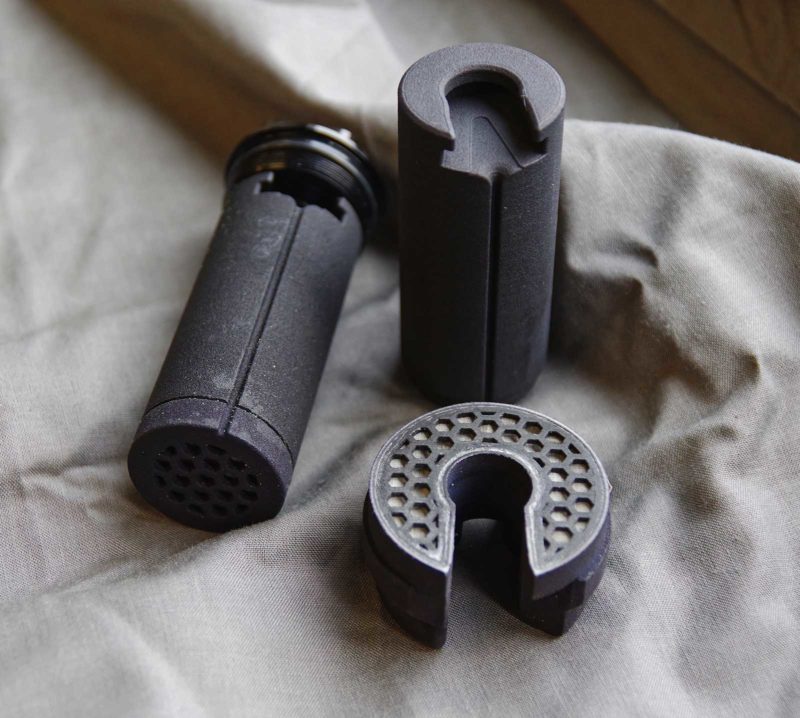 Carbon Air is a nifty little bit that lives inside your fork’s air chamber. Or at least it will, once it’s released to consumers and begins appearing in forks from manufacturers. And though you’re adding something to an air chamber, Carbon Air promises to improve your fork’s compliance.

Wait, what? How does something that takes up space in the air chamber improve compliance?

It’s all about adsorption. 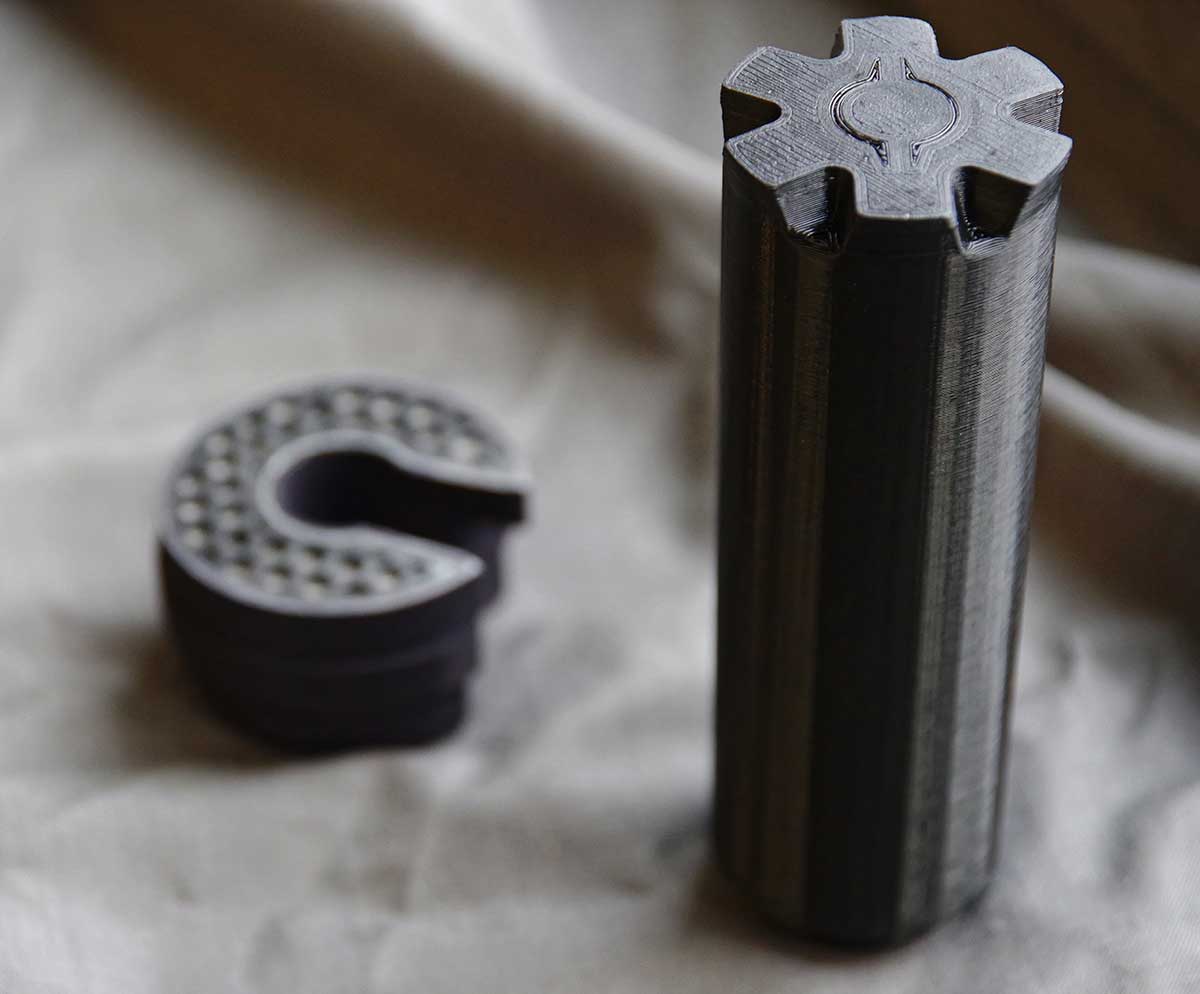 The insert’s activated carbon is made by heating materials such as charcoal, coconut shells, and sawdust.

No, that’s not a spelling error. Carbon Air capitalizes on adsorption (not to be confused with absorption). That’s basically the process by which a solid holds gas molecules as a thin film. Carbon Air is activated carbon, which is basically charcoal that’s heated to become more adsorptive.

In this case, Carbon Air uses coconut shells, sawdust, and other organic materials to create the activated carbon component.

Think of your air spring as a sealed tube. You add air to that tube to pressurize it. The properties of the air inside the chamber cannot change; the only way that can happen would be to change the shape of the chamber itself.

Carbon Air does just that. The Carbon Air insert has tiny pores with a very high surface area. The material adsorbs air molecules to its surface, which stores the gas (air) as a film on that surface area.

What does Carbon Air actually do for you? 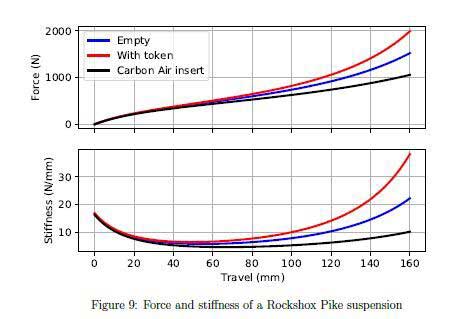 According to the company behind Carbon Air, the technology allows your air spring to “behave in a more linear way and improve ride performance within a more compact package.”

Let’s start with what it means to behave in a more linear way.

When you compress an air fork, it tends to be stiff at the very top of the stroke. Sometimes it feels as though you need to ‘break through’ the fork’s resistance before it becomes compliant. Then, in the mid stroke, the fork tends to feel somewhat unsupportive but supple. Then, it ramps up again in stiffness toward the end of the stroke, creating that ‘bottoming out’ feel.

On a graph, those three phases create a curve. According to Carbon Air, its technology can flatten that curve, thereby creating more compliance as your suspension behaves in a more linear fashion.

Why is that important? 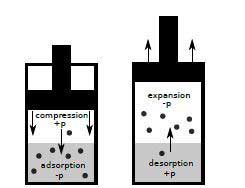 Just about every fork manufacturer out there promises more linear performance in its air products. But that’s difficult to achieve due to the nature of the properties of gas — in this case, the air that gets pumped into your fork’s air chamber.

That’s why many riders have switched back to coil shocks. While coil shocks tend to be much heavier, the suspension tends to feel more consistent through the stroke, and more supportive through the mid-stroke.

Carbon Air says its technology solves this problem by offering the benefits of air forks — lighter weight and tunability — with a more linear suspension performance. In other words, you get the best of both worlds.

It also means you’ll be able to adjust your sag and shock stiffness independently of each other. Activated carbon has a low temperature sensitivity as well, which means it should perform consistently throughout all conditions and no matter how fast or hard you’re riding.

Since Carbon Air presumably lowers the stiffness of your suspension overall, less vibration should reach your handlebars. You should get better impact absorption too, particularly at the top of the stroke. 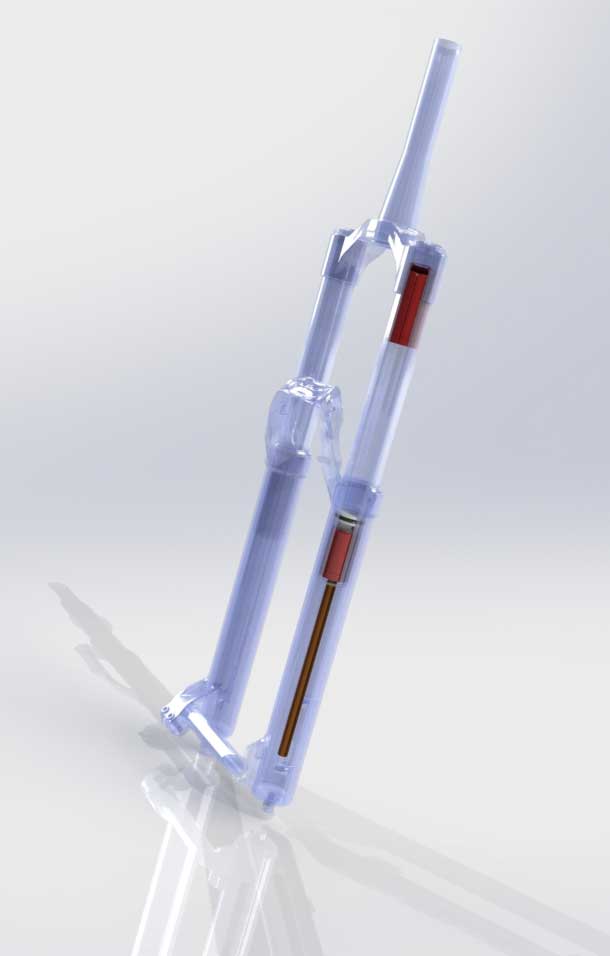 This Fox Float 36 is shown with inserts in the positive and negative air chambers.

The Carbon Air inserts look an awful lot like volume spacers (sometimes called tokens). They come in configurations for both forks and for rear shocks, and Carbon Air says it is currently working with major fork manufacturers “to apply the technology to the next generation of bikes.”

Another nifty detail: it’s possible to use the inserts in either the positive or negative air chambers so you can tailor the effects of the Carbon Air system to your liking. According to the company, “Shock absorber inserts are designed to enable the use of larger negative chambers without the usual consequence of restricted stroke, caused by the higher operating pressures. Carbon Air inserts are designed to occupy most of the available volume in the positive spring, causing stiffness and progressivity to be reduced.”

Mountain bikers aren’t the guinea pigs here, either. Carbon Air’s technology has already been applied with success in the automotive industry. Current-generation Audi cars are fitted with such inserts.

I have a 92 lbs ebike with front and read suspension I even have suspension in my Seat post and now your saying I could have a more responsive smoother ride with this new insert. I would love to test it out and give my honest review so send me something to test and I will get back to you.

Any word on when they’ll be available for purchase?

So from what I understand, and I haven’t had my coffee yet, these inserts will allow mfgrs to use a larger air chamber, without the crazy stiffness/progressiveness in spring rate.
Seems like retrofitting your current shock would just massively reduce the available volume, negating any real benefit?