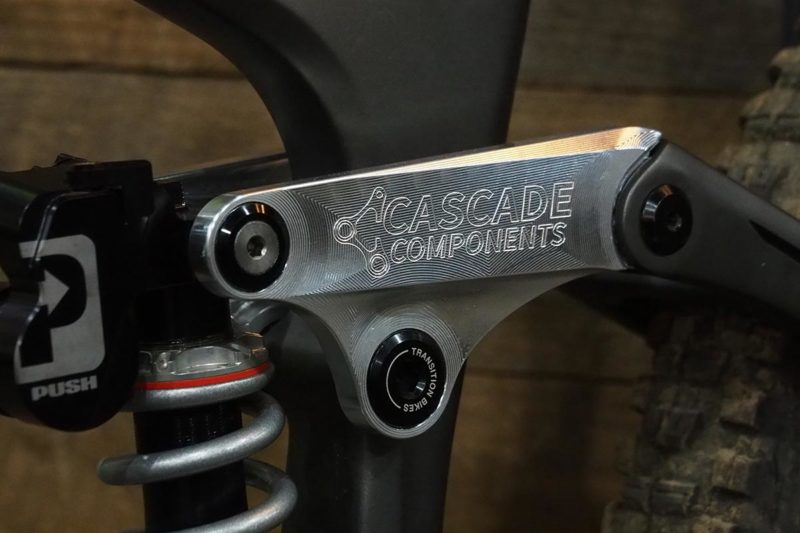 Cascade Components, developers of aftermarket links for full suspension mountain bikes, have today released new links for the Transition Sentinel V2 and the Santa Cruz Heckler eMTB. Not only do they ramp up progression, they also bump up the rear wheel travel significantly. Let’s dig into the numbers. 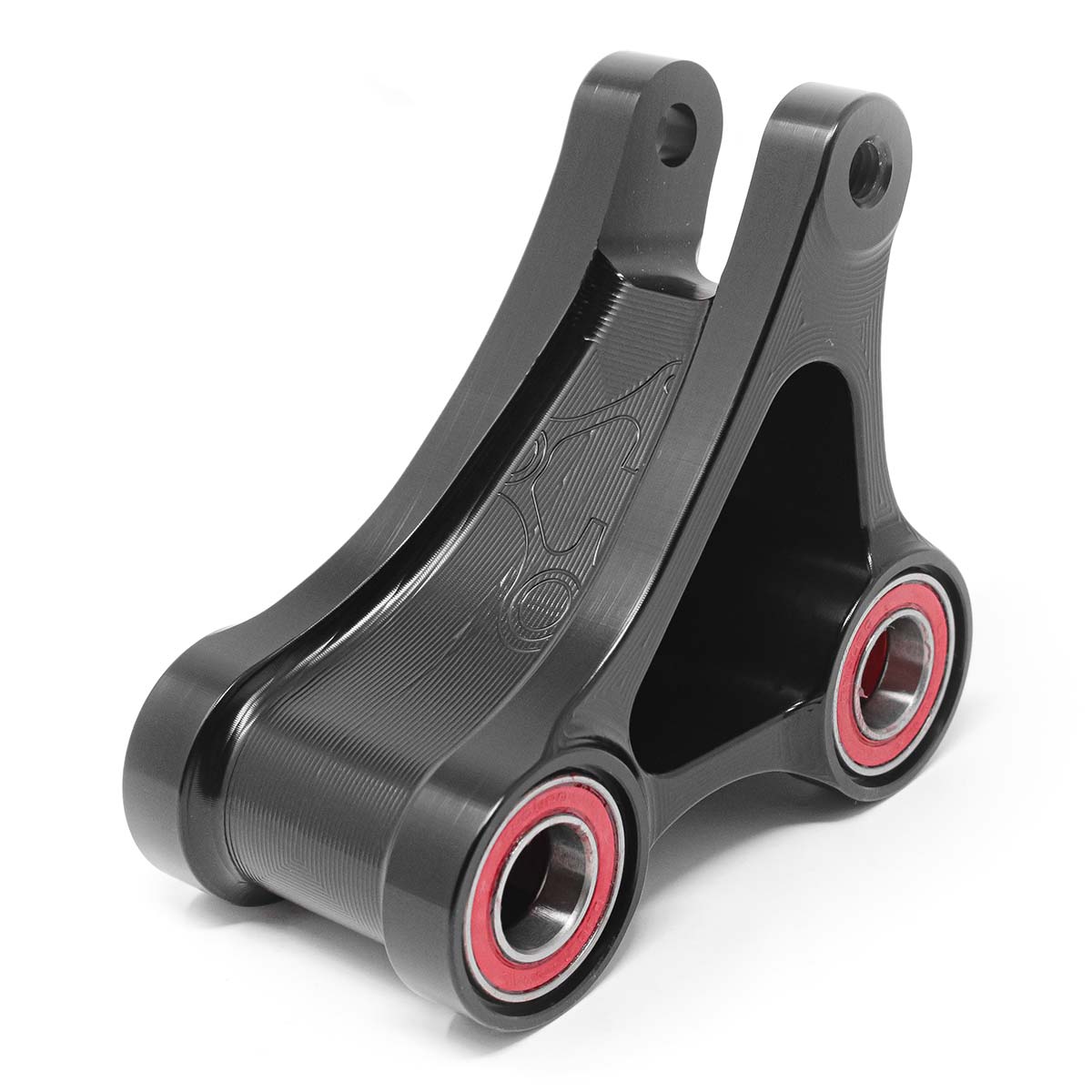 As with their other Santa Cruz links, the new Cascade Components link for the Heckler eMTB increases its travel, progression, and chainstay length. Progression increases to 35% from 27%. 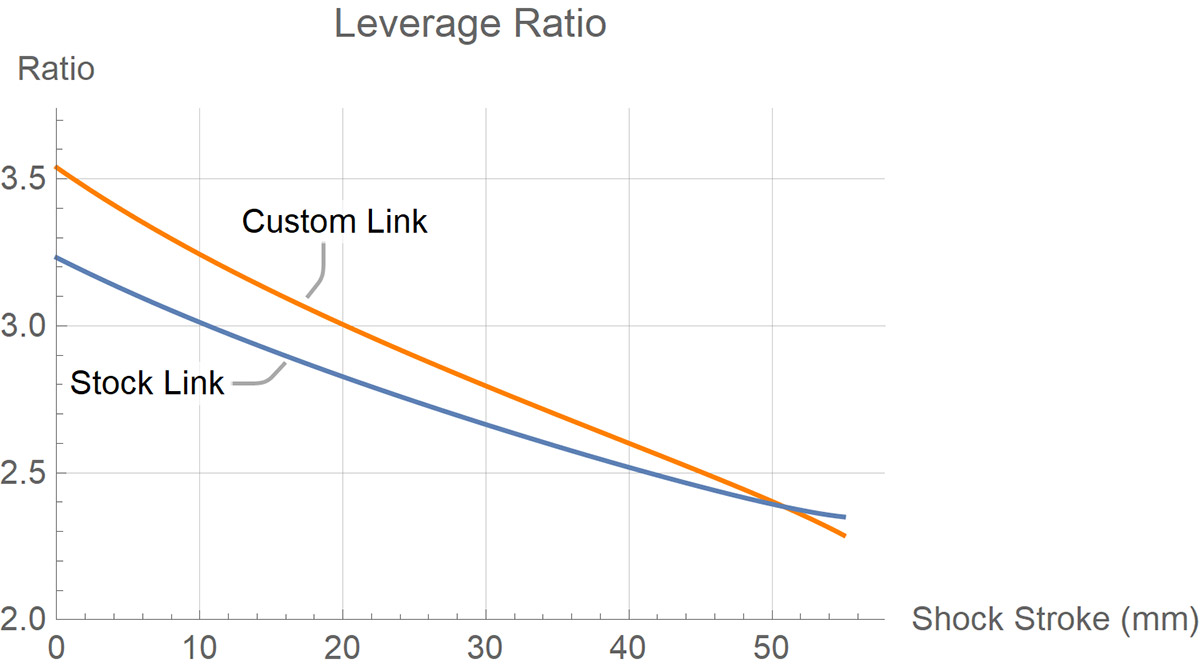 Meanwhile, the Heckler’s travel increases by 8mm to 158mm. However, it should be noted that for the Heckler MX mullet build, the Cascade link actually reduces the frame travel to 148mm. Chainstay length increases by 5mm to 450mm, said to be not especially noticeable on the trail.

“The added weight can make an ebike bike prone to diving deeper into its travel than desired. The increased ramp up/mid-stroke support helps keep it up in its travel, especially when things get chunky. Small bump sensitivity is increased as well, however with the amount of weight that’s behind the bike this link is more about keeping it composed.” 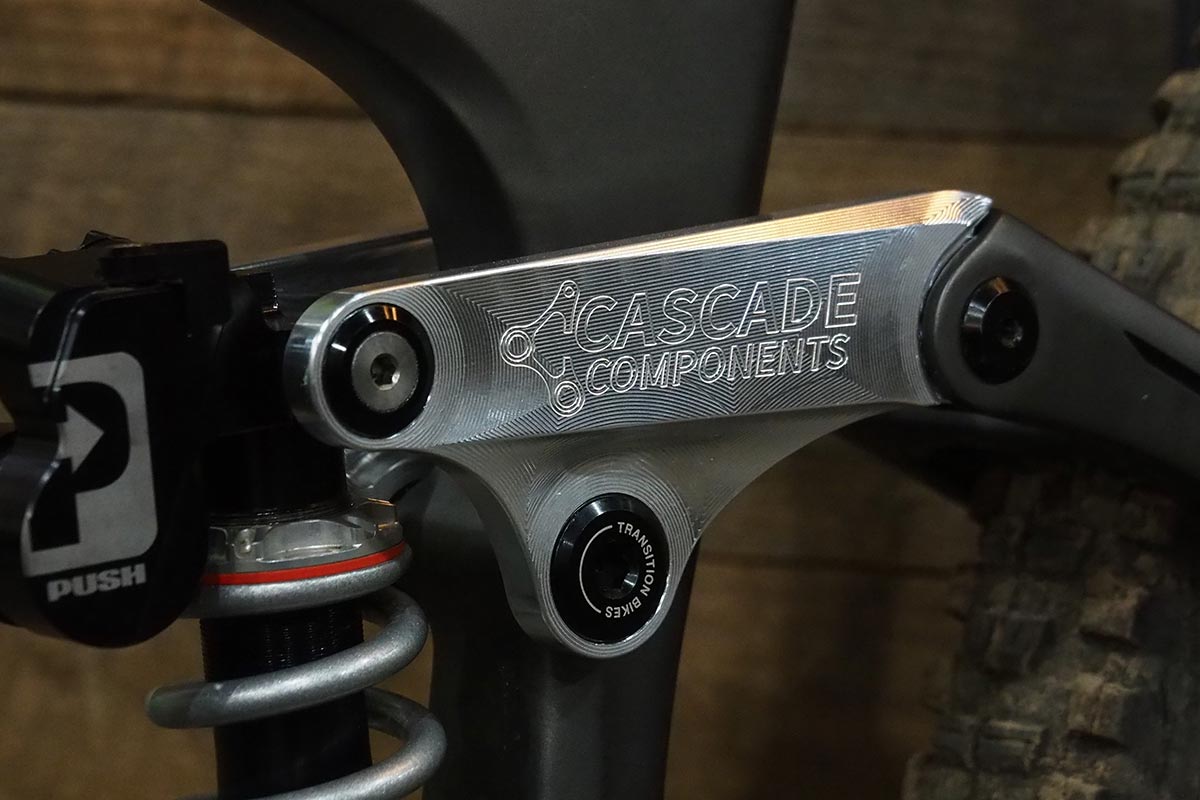 The stock link on the Transition Sentinel gives its 150mm of rear wheel travel a leverage curve with 24% progression. The new Cascade Components link for it pushes the bike’s kinematics “letting it go pound for pound with some of the burliest enduro machines out there“. 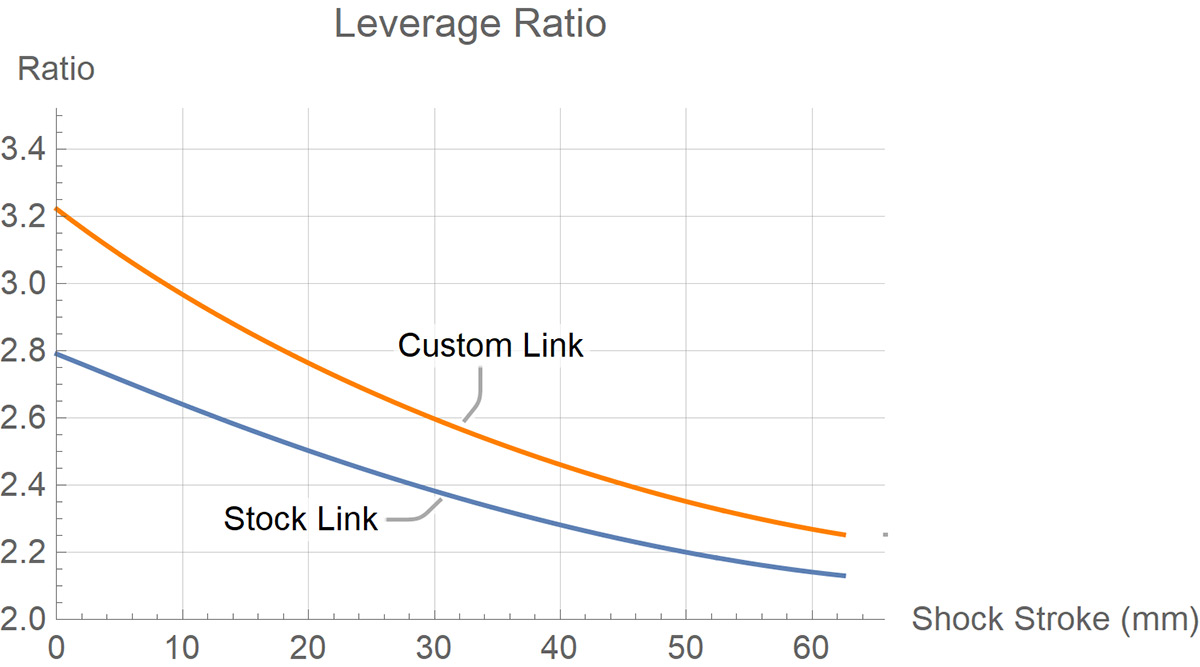 Not only does it increase the progression to 30%, it also bumps the travel up 15mm to 165mm. And, it does this without affecting the bike’s geometry. So, Sentinel owners, your travel options are now 150mm with the original link and shock, 165 mm with a 205mm x 62.5mm shock or 155mm with a 205mm x 57.5mm shock. At 30% progression, Cascade say this link works well with both large volume air shocks like the X2 and coils. 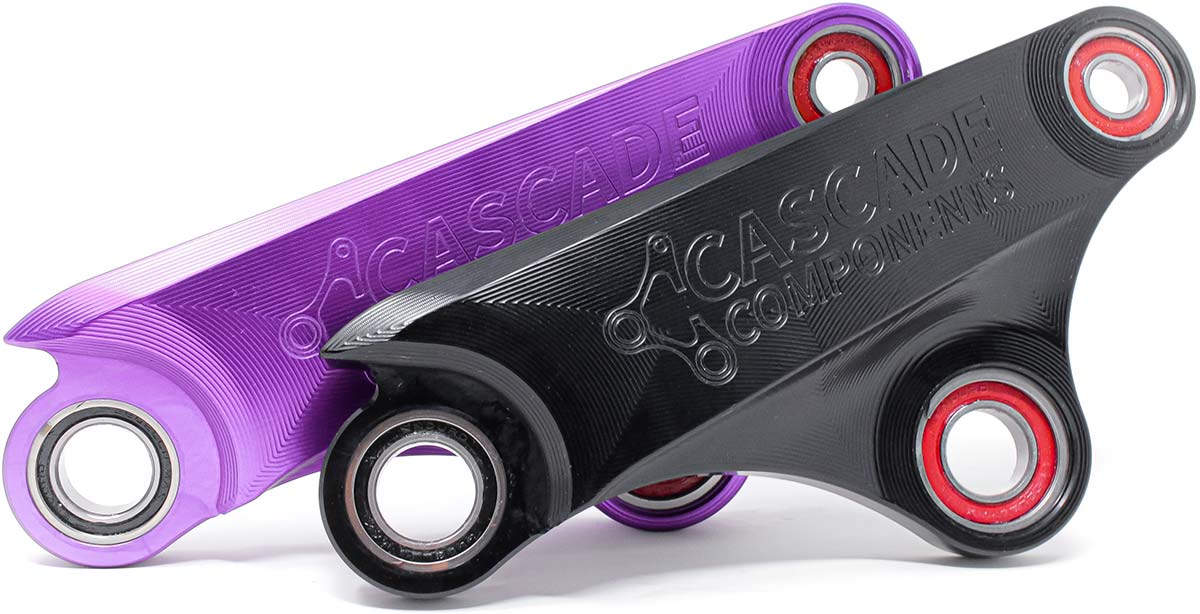 Pick up the new Sentinel V2 link from Cascade Components in black, silver or purple colorways

Here’s what Cascade Components say it means for the bike’s new ride feel:

“The biggest change is the bike’s ability to plow and maintain traction when things start getting wild. Because of the increased progression, there is also an increase in pop. This is due to the ramp up increasing mid-stroke support, which provides a better platform to push against going up the lip of a jump or railing a berm. As for pedaling, there is no discernable change.”

Pick up the Cascade Components link for the V2 Sentinel for $337 in silver, black or purple. The Heckler’s aftermarket link comes in at $331 and is available in black only.