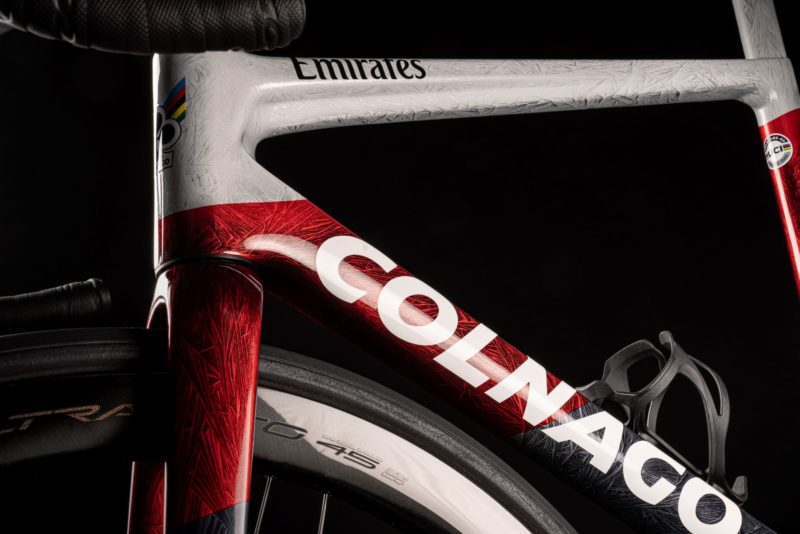 With help from MyLime, Colnago levels up security features across its line with new technology – theft prevention via blockchain. The brand will introduce the tech at the 2021 UCI Road World Championship on Sunday, with Tadej Pogačar’s brand new V3Rs leading the way.

The Italian bike maker says that the innovation’s principal utility is to securely prove ownership of all its frames. Colnago is the first cycling brand to use blockchain for anti-theft. Here’s how it works… 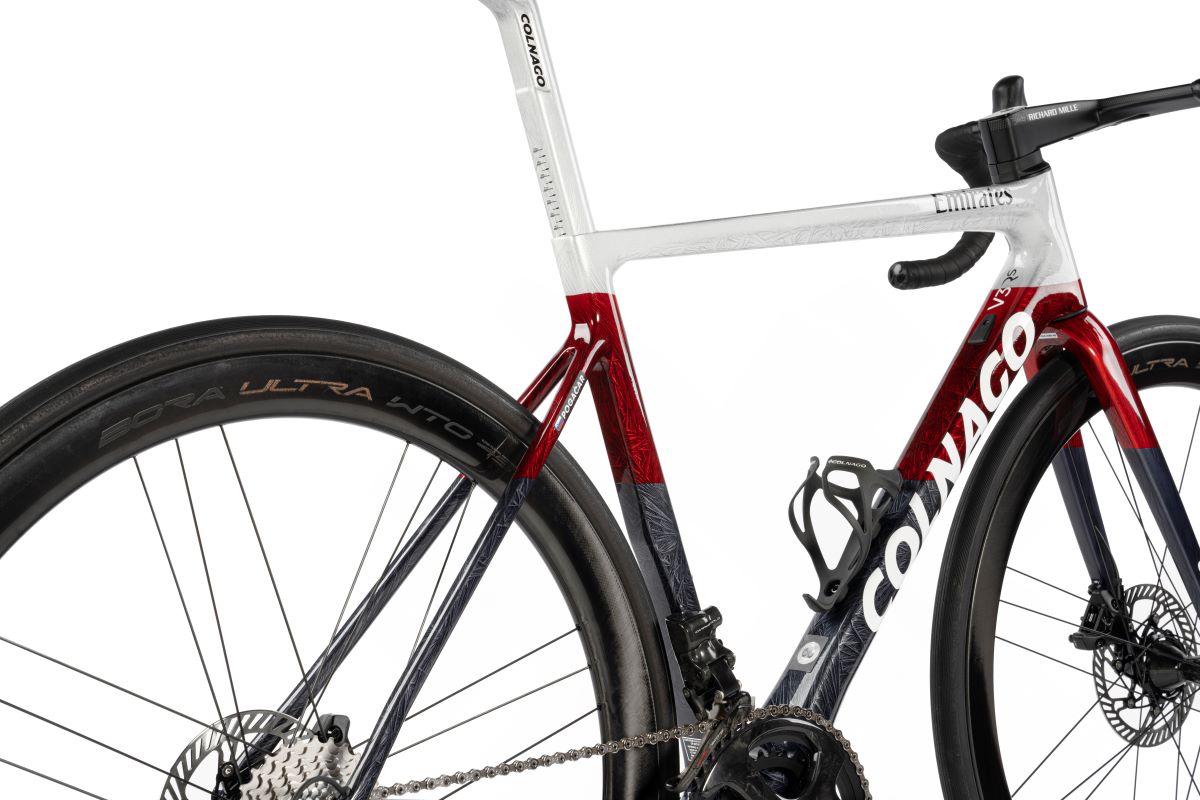 An RFID tag on the bike links it to the cloud-based Automotive Ledger via the MyLime app. The original owner receives an NFT (non-fungible token) copy of their bike, which provides digital proof of ownership, too…like a very advanced serial number, except you don’t have to keep that written on an owners manual somewhere.

It’s not the first time Colnago has dabbled in virtual currencies and bikes, having released a special edition C64 NFT earlier this year.

However, this takes a more practical advantage of blockchain security by providing a permanent and binding link between riders and their bikes, unalterable without high-tech tactics.

“We have been looking at the security provided by blockchain technology to give our customers the confidence to know that the frame they are buying is authentic and to demonstrate the chain of ownership forever,” says Colnago head of marketing Manolo Bertocchi.

Meaning, you can show the NFT to authorities as proof of ownership. Just don’t forget to transfer that virtual token should you sell the actual IRL bike at some point. 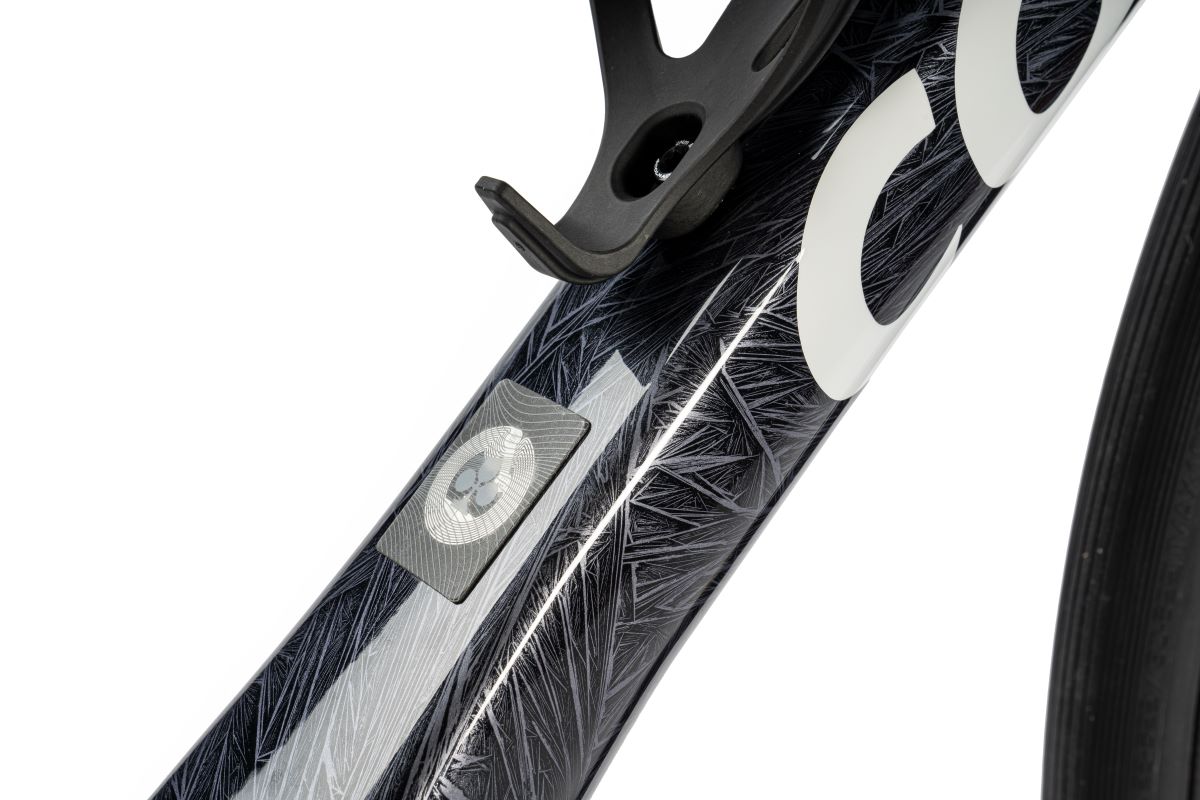 So what does all this look like — visible, tangible? 8-bit? Something else?

First, Colnago makes each RFID tag integral to the frame by embedding it on the downtube. The tag connects the bike to the Automotive Blockchain ledger. The ledger records every significant transaction involving any frame — principally its manufacture, transport, and sale. Technicalities of blockchain distribution dictate that once an owner registers their bike, it cannot be faked or changed. Though anyone on the MyLime platform can access the information, it promises unalterable proof of ownership.

Pogačar will ride it at UCI World Championships 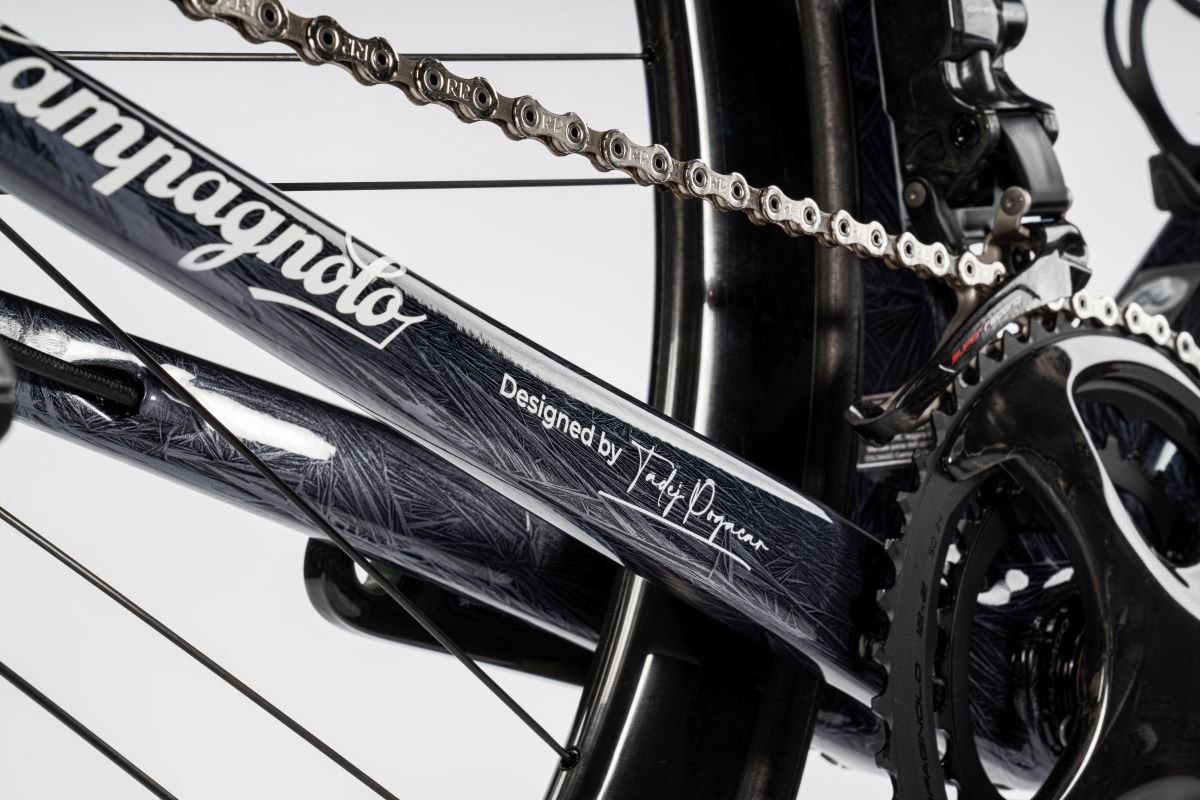 Tadej Pogačar will ride his own blockchain-secured Colnago V3Rs on Sunday, September 26, during the 2021 UCI Road World Championship. The latest monocoque frame from Colnago will get the Slovenian star’s self-designed “Ice & Fire” graphics. As a litmus test for the blockchain security method, each special edition V3Rs will head for the auction block during the official launch next year.

The Blockchain stuff is cool enough I guess…. but what really caught my eye is that paintjob!…Bravo!

So basically a serial number inventory with some buzzwords.

Yeah, with one of those “buzzwords” being that the “serial number inventory” can’t be forged or modified outside of the owner transferring ownership. But hey that makes it just like some inventory sheet in some clerk at Colnago’s desk drawer other than “buzz words”. No court has to take testimony that yeah that is so and so’s bike, it can be determined without any human’s input.

It’s called “BlergChaing” or did you not read the article?

Anybody who buys a Colnago for $1K knows he/she is getting a “hot” bike. Blockchain makes no difference, the bike can still be stolen since it doesn’t have to be licensed anywhere.