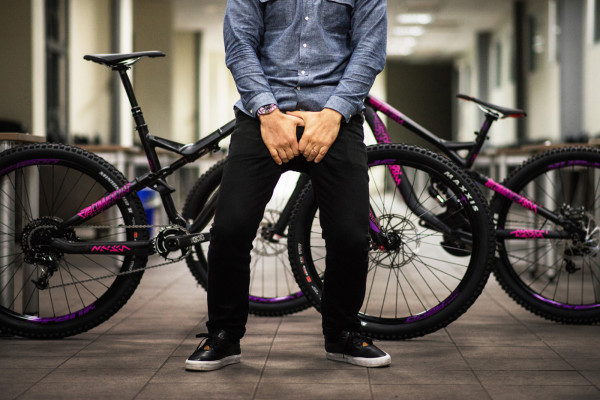 Last month we wrote about Commencal’s all new Meta AM V4 Race, and today they have release another 20 or so bikes for 2016. While mostly updates of current bikes and simplification of current lines, there are a few new (and renewed) bikes and new markets for others. Commencal has also done a good bit to try to lower the cost of entry into many of their bikes. And a curious way they have done that is by spec’ing Marzocchi suspension components pretty heavily. That is pretty interesting since our most recent news from the eminent shuttering of Marzocchi’s mountain bike division, but maybe Commencal knows something we don’t or they just believe in their resurrection? On the higher end side Commencal adds a special edition Purple series of bikes that get a more custom finishing kit the leans heavy on wheels and cockpits from Spank. 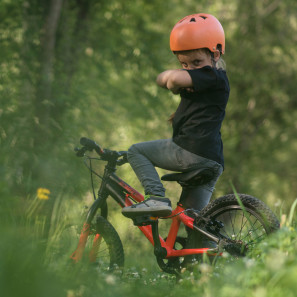 Whenever we see the Commencal brand laid out, it is always cool to see how much they put into kids bikes. They definitely believe in growing the next generation of mountain bikers, with a philosophy that kids are always going to be on bikes, so they might as well get good ones. For 2016 they carry over the single speed 16″ Ramone, but the 20″ version gets upgraded to include a 7-speed Shimano drivetrain and a Suntour XCT fork with a whopping 40mm of travel. Their thought is that for 350€, this is enough bike for the groms to tackle some proper trail riding. 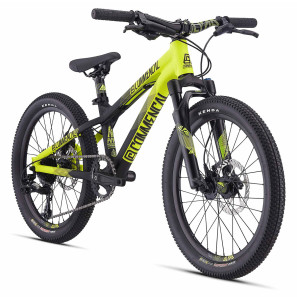 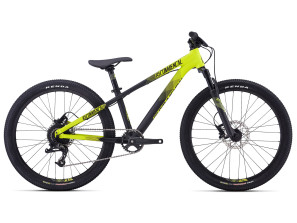 Stepping it up another notch the Meta HT (hard tail) line makes its way down to a 20″ bike for 700€/$ and a 24″ version for 750€/$. Both bikes get aluminum frames ready to take some serious abuse and are kitted out with SRAM X5 9speed drivetrains with narrow-wide chainrings and alloy kid specific cranks, brake levers, stems, and bars for overall light builds. They also both get Ride Alpha forks with 30mm stanchions and 50 & 70mm of travel respectively. 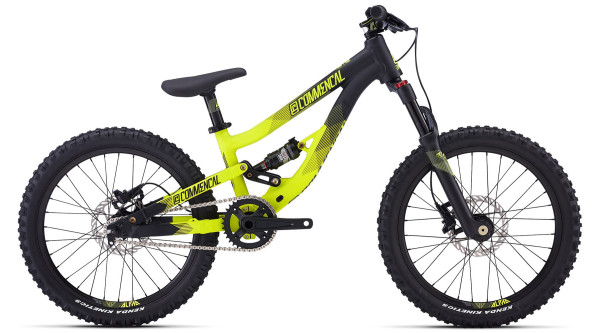 Commencal’s Supreme 20 kids DH bike drops in price to 1600€/$. It really is the first possible DH bike for kids with 100mm of rear travel matched to 80 in the front (anymore would make stand-overs unmanageable for the little hoodlums.) The bike is built up as a single speed, but it’s possible to mount a derailleur if some kid ‘borrows’ dad’s new XO DH group. 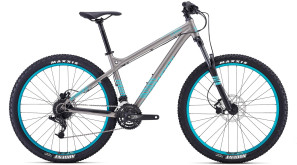 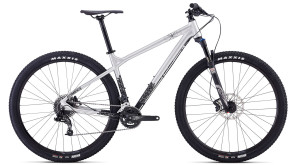 Back to adult Trail bikes, Commencal reorganized their aluminum 650b hardtail El Camino line with an Origin line for the guys and the maybe unfortunately-named Girly line for the ladies. Luckily the El Camino Girly gets a tasteful design, and incorporates some women-specific spec (and Commencal suggests a slightly modified geometry, although they haven’t really backed that up yet and both bikes are listed as available in S, M, L & XL, with no further info.) Both bikes retail for 600€. Commencal is also bringing back the 29er Supernormal, which originated with the company in 2000, but had been dropped out of the line-up last year. Back by popular demand the triple-butted aluminum bike returns with a 100mm Reba RL and SRAM 2×10 drivetrain for 1400€. 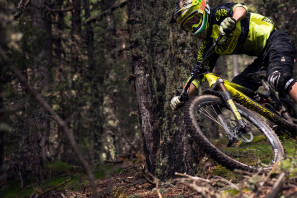 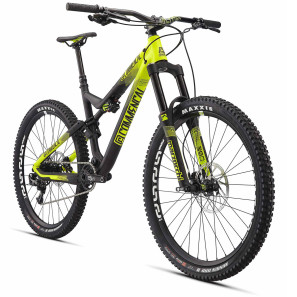 The Meta line remains Commencal’s best sellers, and both hardtails and full suspension options get updated. This Meta AM Race Marzocchi model is the same setup raced by the Commencal-Vallnord team in the Enduro World Series. The suspension gets special Commencal tunes, and the lower suspension costs get passed on for a measurable savings over last year’s BOS team edition bike, down to 3700€. 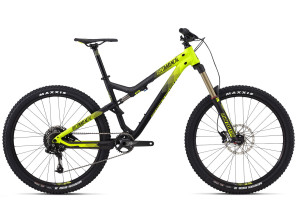 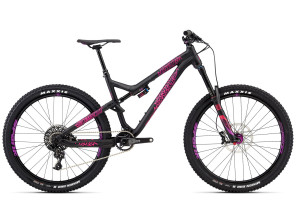 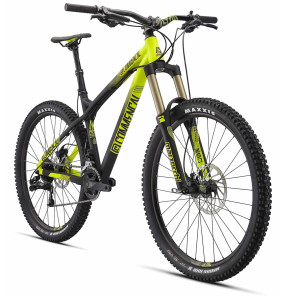 Commencal also will offer this Origin version of the Meta AM, which gets the price down to 2200€/$ and makes it the lowest price into the new Meta v4 frame, saving money with an XFusion O2 RLX shock and a Marzocchi 350R fork. Coming back up in price the Meta AM Purple gets a Pike and Monarch, plus a bunch of Spank kit for 3200€/$. The Purple series bikes are meant to have a more “off-the-wall” build to give consumers a taste of a more custom build. Commencal took pride in developing an attention to detail on the bikes with graphics unique to this line on the Oozy Trail cockpits and wheels from Spank, to match custom frame and fork finishes. A top end Meta AM Rockshox edition gets updated as well and ends up with a lower 3800€/$ price with an X1 build.

The Meta AM hardtails get updated too, mostly with lower US pricing and longer 160mm forks from Marzocchi and Rockshox and 650b wheels for even the cheapest bikes which start at just 1100€/$ for the Origin model. The Meta HT AM Essential above comes in at 1300€/$, while the Race will go for 1800€/$1900. 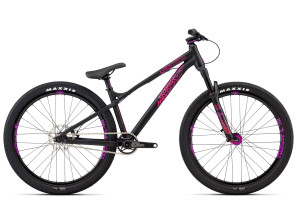 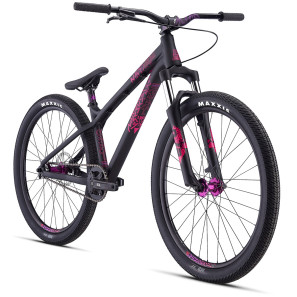 The Absolut dirt jump bike gets the Purple treatment as well for 1600€ with a Pike DJ and Spank Oozy Trail cockpit and Tweet Tweet wheels. A new Absolut Maxmax version drops the cost of entry a lot, and retails for just 800€ with a Marzocchi DJ3 fork, but what seems to be essentially the same frame. 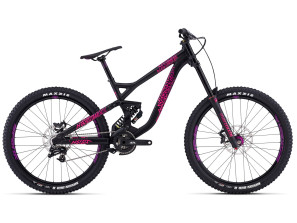 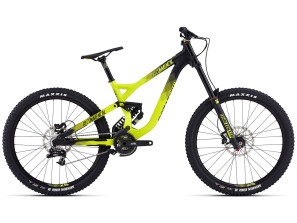 Commencal updated their World Cup DH bike to the new Supreme DH v4 back in the spring, but they haven’t left the previous version behind. Their 650b freeride park slayer the Supreme Park gets the Purple treatment with color-matched Marzocchi suspension and more Spank Spike goodies for 2700€. And the Supreme DH v3 Origin stays in the line and drops the price for a proper Commencal DH by 30% down to 2500€ while building on the v3 frame that has won at the World Cup. Again Marzocchi suspension seems to be helping to keep costs low, and the bike gets a cheaper X7 9speed drivetrain.

All of the 2016 bikes have just gone live on Commencal’s website today and are available now for pre-order (a lot of 2015 bikes are also on sale too, although mostly to match the lower pricing on new models.) Delivery for the 2016 bikes is expected from the first week of September, so interested buyers will only have to wait a few weeks to get their grubby mitts on the new line.

(deleted) the first pic, that is a short inseam. That guy could ride kids DH bike.

So having some dude grabbing his crotch is supposed to motivate me in buying their bike products how exactly??

@eric – the bikes that are meant to be climbed have perfectly normal seat angles. The DH and DJ bikes have slanted back seats because that’s actually more comfortable on bikes like that.

The nickname of the brand in France, the biggest market of the brand since its debut in 2000ish is commencemal or commence mal. Which means bad start …

Their products perform well, they just can’t perform for long …