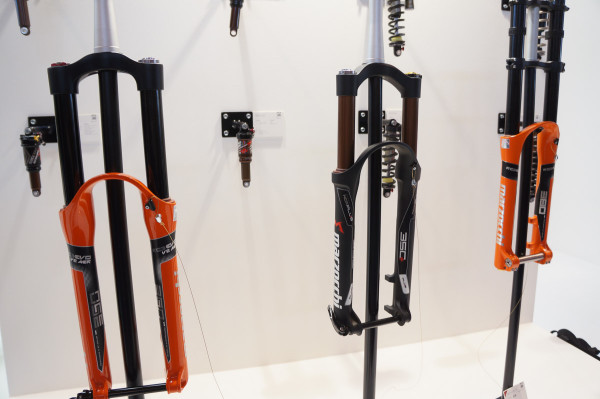 As we walked by the Marzocchi booth, we noticed something a bit odd. Here was a company that was supposedly in the midst of shutting down, and yet they had new prototypes on display. After sending a letter announcing their intentions of shutting down their moto and mountain bike businesses to their dealers, it appears that there may be a light at the end of the tunnel after all. In the letter itself it said that they were in discussions with potential buyers and from what we’ve seen at Eurobike things are looking good for the legendary M. 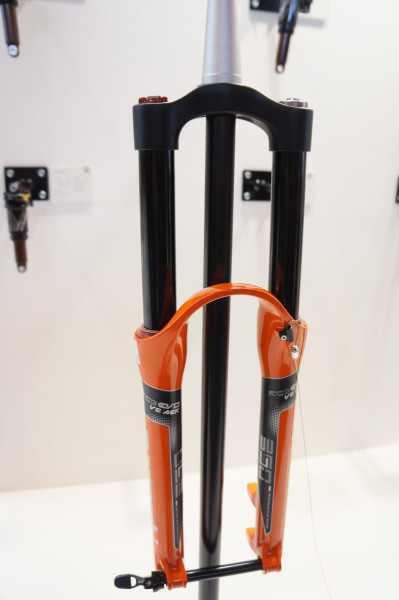 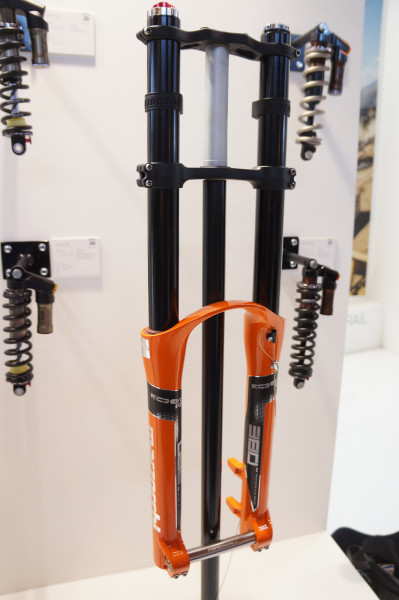 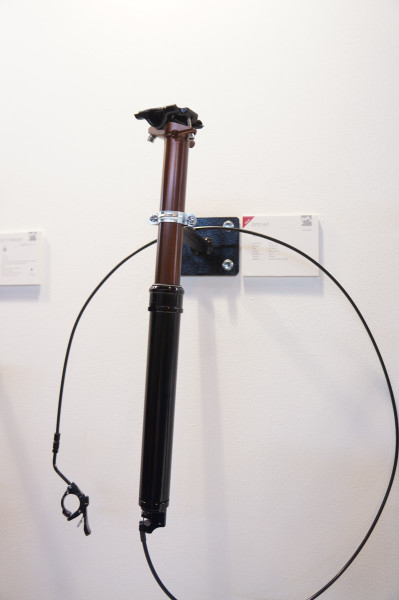 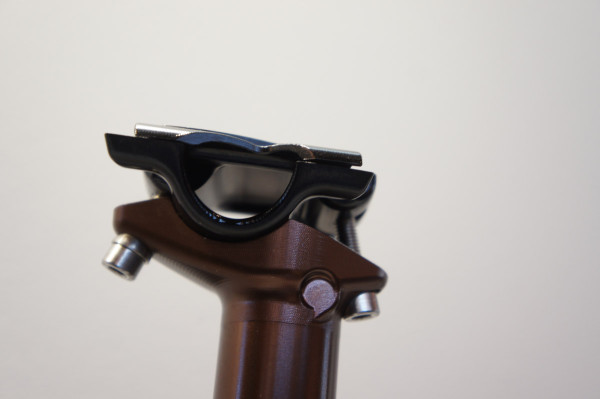 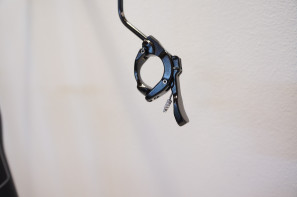 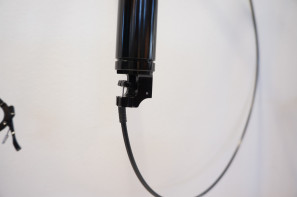 Marzocchi had their potential EPD INT dropper post on display as well. Not much has changed since we saw it last, with the post using a hydraulic cartridge operated by a cable remote. Potentially to be available in 30.9 and 31.6, the dropper provides 125mm of travel with a 15mm setback head. 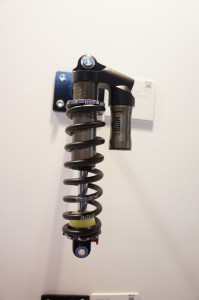 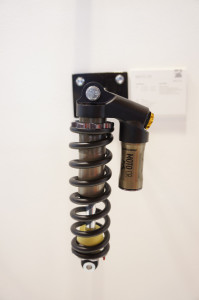 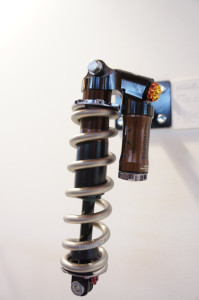 Along with the forks Marzocchi also showed the possible continuation of the Moto Coil shock range with the Moto R and Moto CR models. As more affordable versions of the Moto C2R that was released a while ago, the shocks would offer Rebound or Compression and Rebound adjustments respectively.

Of course, none of this matters if the company folds. But based on what we’ve seen and heard, that’s looking less and less likely as we quickly approach Interbike. Details as soon as we have them.

Hopefully Marzocchi will be able to convince people that they are indeed here to stay- otherwise, even if their products are good, they won’t sell as people will fear that their new forks won’t be supported down the line.

A really big name needs buy them. Preferably a company that can eat losses for a bit and make a promise to keep them afloat for a promised span of time and with goals of being in it for the long haul. With a guarantee of 5+ years of available service parts

I hope these guys can find a buyer as I would like to have another alternative to Fox, Rock Shox and X-Fusion etc.

I hope marzocchi don’t die, so many good memories from when my riding was progressing, but most manufacturers were not. Z1 bomber changed my life.

Im running a 2015 Marzocchi LCR 320 on my hard tail and a fox float 32 ctd on my fs bike. The differences are subtle but the Marzocchi is the one I like more. Ill support these guys to the very end.

I have a soft spots for Marzocchi. I really hope someone like Hope or Shimano buy the big Z.

Oh man, X-Fusion should buy Marzocchi. That would be amazing.

Serious question Seraph, what does Marzocchi have that X-Fusion would want/need? I hope Marzocchi doesn’t fold, but at the same time if they did it would make little difference to the mtb market.

It would not matter one bit to the market place if Marzocchi failed. It has been at least 5+ years that I have even seen one of their forks on the trail. They days of the Z1 bam have long passed them by….

If I was FSA I’d find the money to buy these guys ASAP, then they would (soon) have road groups, bars, stems, posts, wheels etc and I guess a MTB group set is on the way? Great as a big OEM player…

Don’t want to see them go. They had a couple of bad years, but the current 350 and 380 are really excellent forks. I hope someone buys them.

It will mean nothing to buy the Marzocchi name and take the design/engineering out of Italy. If they decided to go back producing them in Italy I think the company would have a future. I will NEVER buy another Marzocchi otherwise.

“Going out of business is good for business”