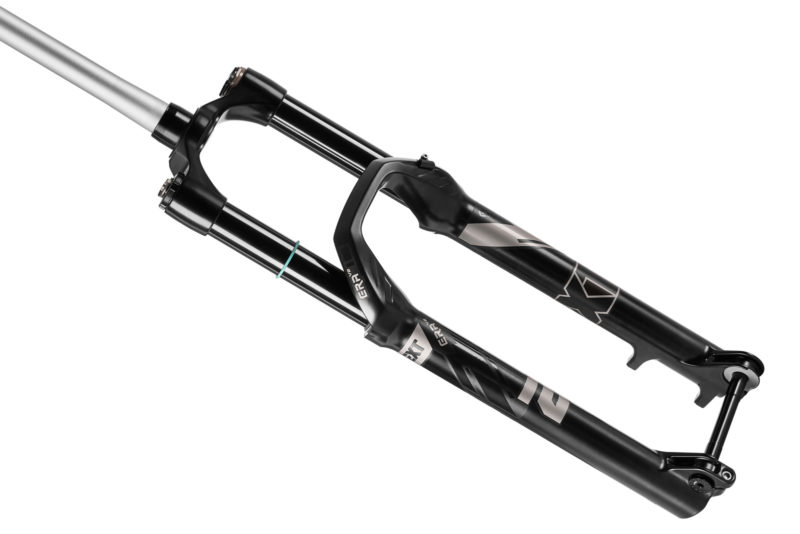 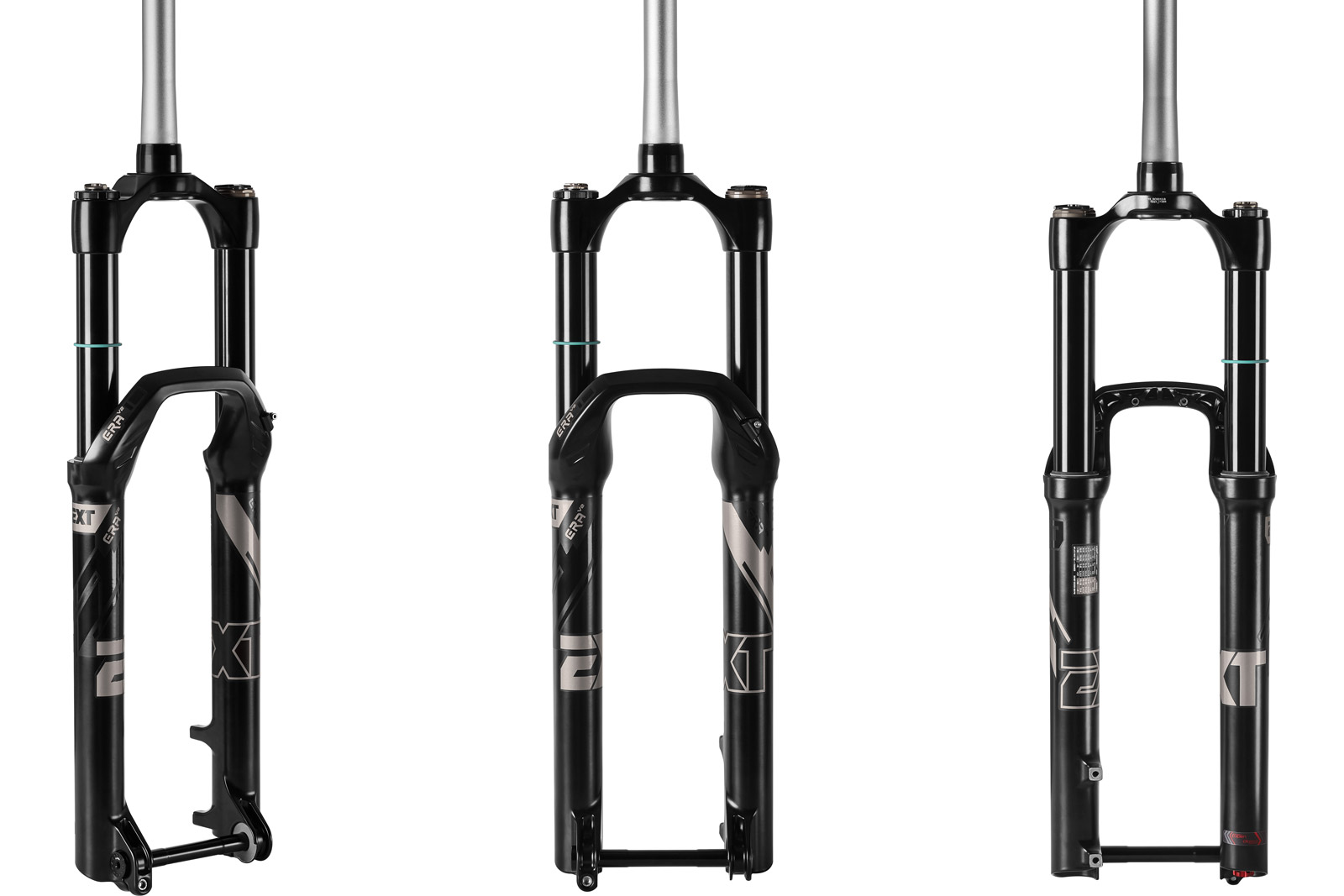 As the EXT ERA enters its 2nd generation, the brand has looked to improve the stiffness, reliability and sensitivity of their one and only mountain bike fork. The single-crown ERA V2 gets new magnesium lowers now sporting a floating axle, a feature that serves to keep the fork in its true alignment despite potential hub spacing discrepancies. This decoupling is said to improve the fork’s sensitivity, enhancing overall performance. 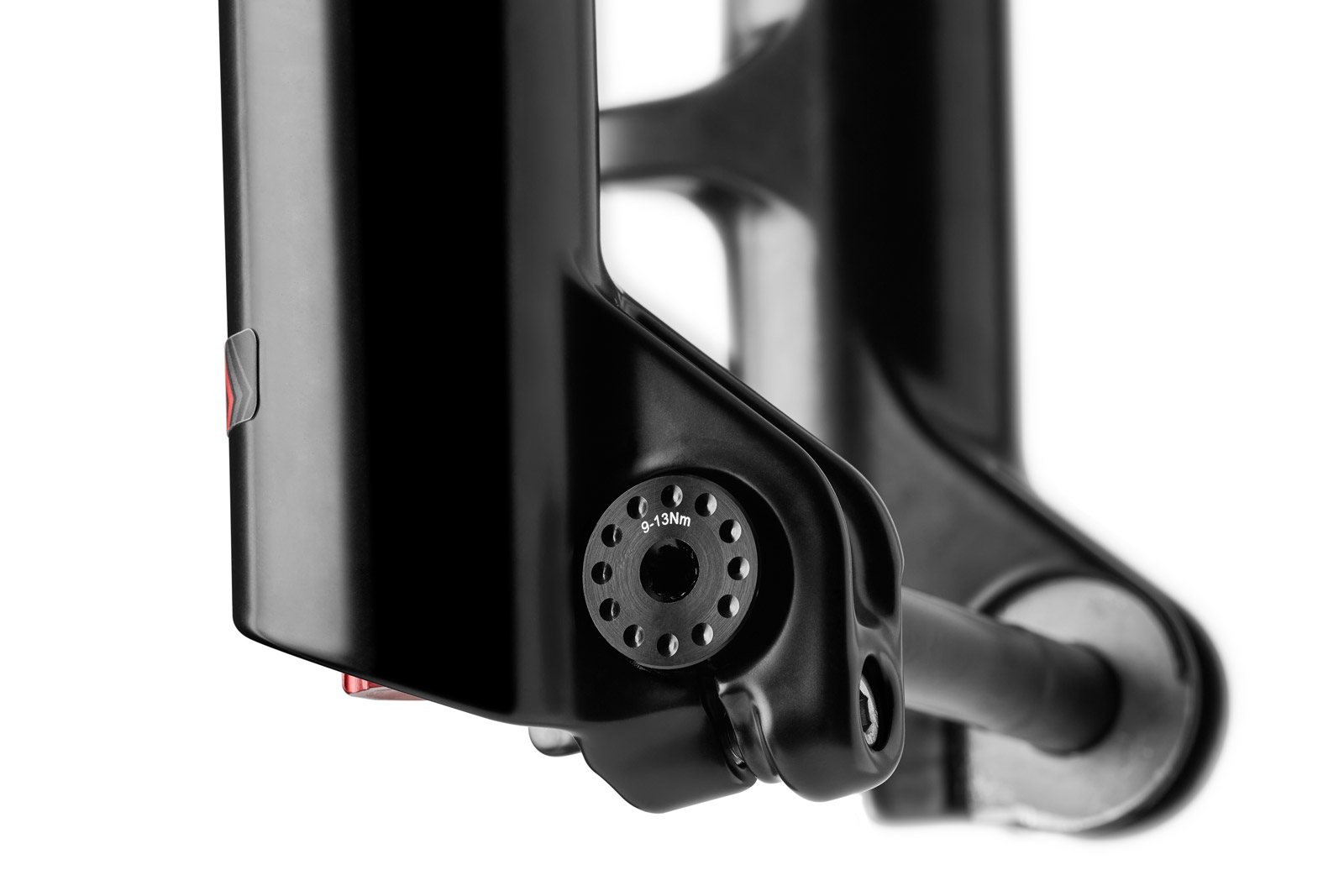 The ERA V2 retains the unique multi-faceted steerer tube-crown interface designed in partnership with Chris Porter of Mojo Rising. Thus, stiffness in the fore-aft plane is unchanged in this new iteration, but the new magnesium lowers are said to increase the torsional stiffness of the fork. This comes with no tangible change in overall weight; the ERA V2 is actually 5g lighter than the original at a claimed 2275g (170mm, 29″). 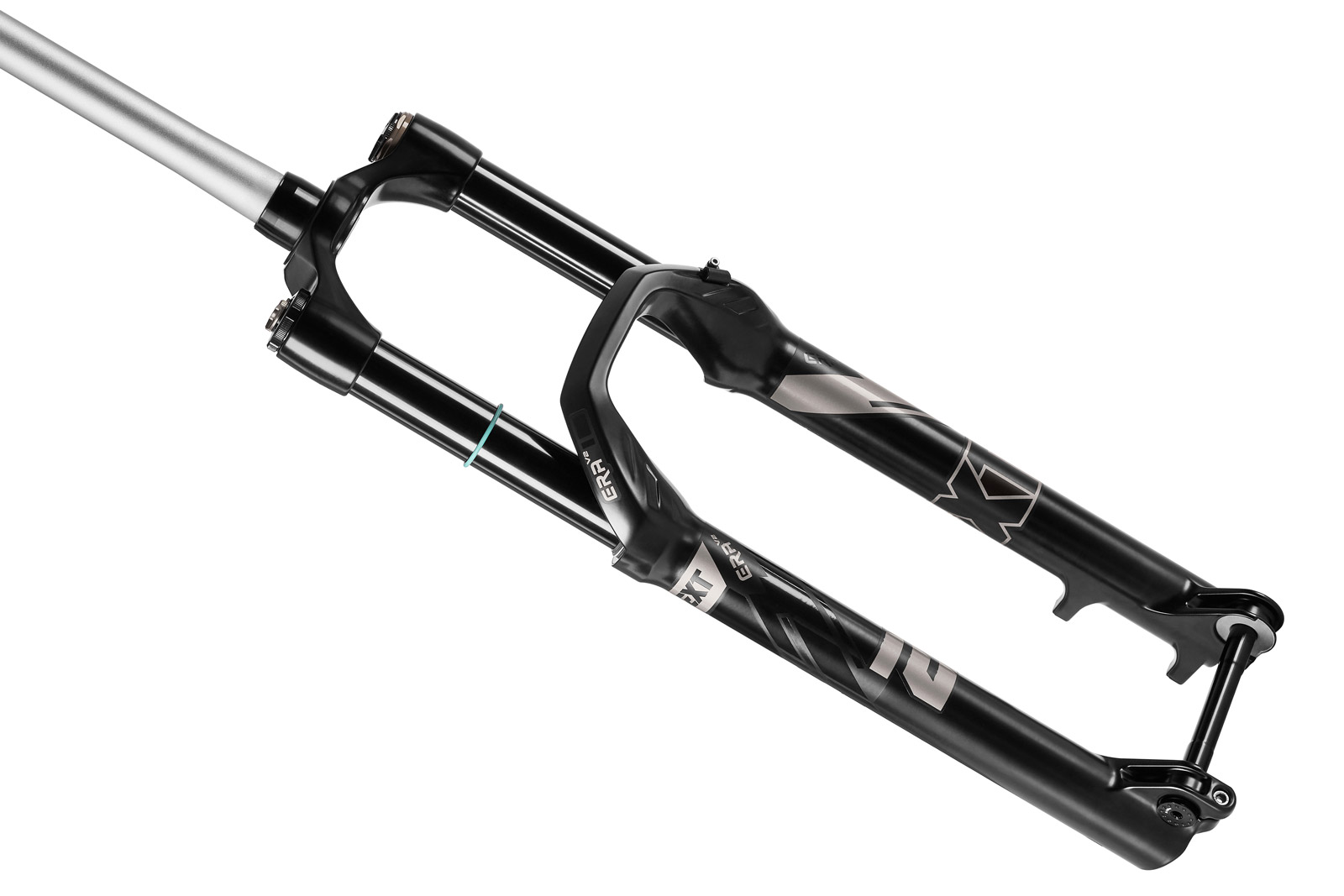 Whereas the lowers of the original EXT ERA looked remarkably similar to those of the X-Fusion Trace, the ERA V2 is a departure from that aesthetic with subtle changes to the detail at the crown, as well as the addition of the floating axle. Regardless of what it looks like, the method of manufacture is the most notable update here. Instead of the regular Die Casting technique, the ERA V2 lowers are created via a Thixomolding process.

Without going too deep into the technicalities of that advanced method of injection molding, the process is said to result in less porosity and improved fatigue strength in the final magnesium product, with increased density over the same product manufactured via conventional die casting.

On the damper side, the EXT ERA V2 remains entirely unchanged, still employing the HDRV (High Dynamic Response Valve) seen on the original. The cartridge contains a 22mm piston and two separate shim stacks for mid- and high-speed compression damping. Externally, there are 12 clicks of adjustment for LSC and HSC, with 15 clicks of rebound adjustment. 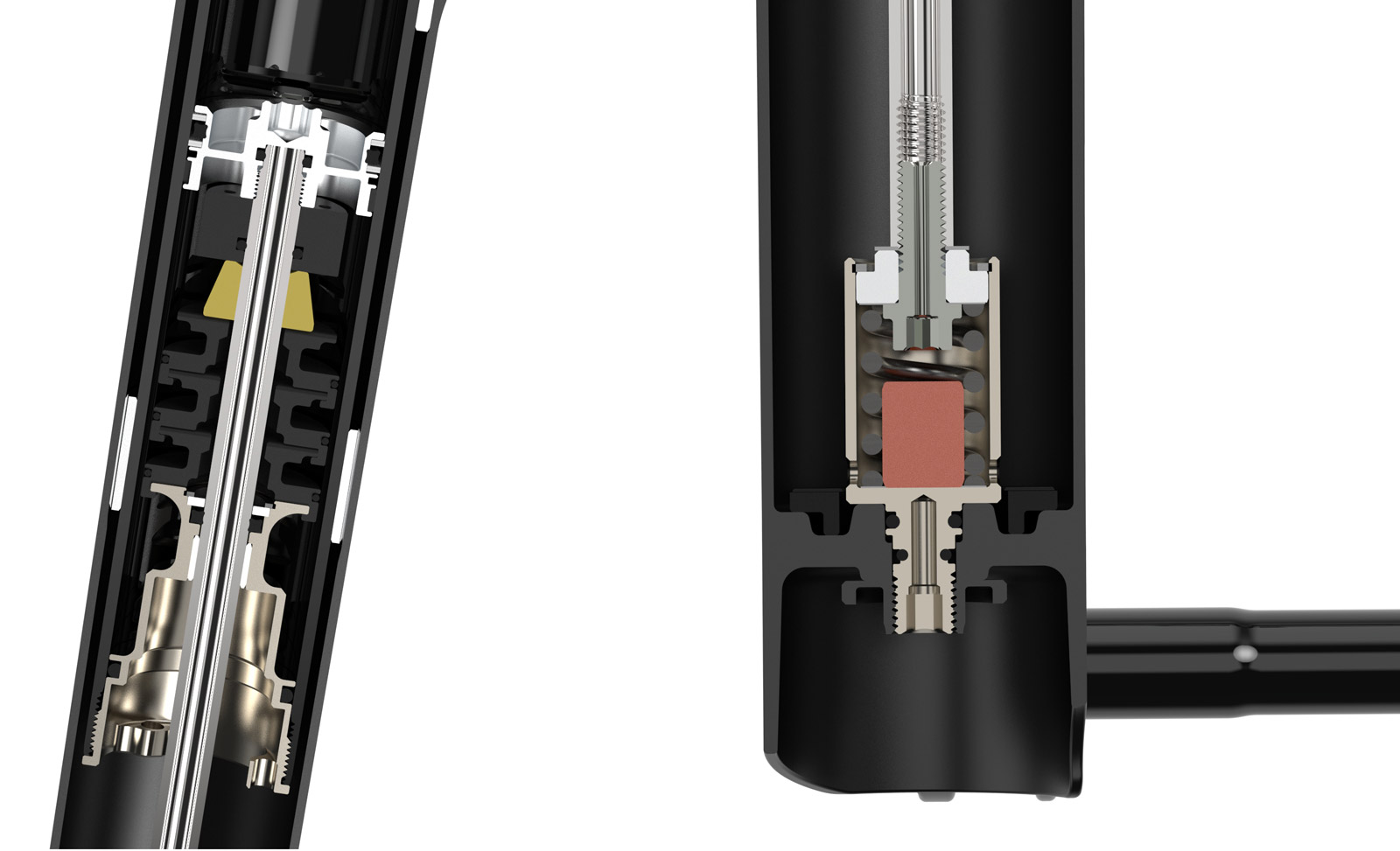 It is the HS3 triple Air-Air-Coil spring that receives some small but functionally relevant updates. Top-out harshness, as well as bottom-out harshness, is dealt with by the new end-stroke devices, revised to increase reliability and smoothness even in harsh riding conditions. At the top of the ++ air chamber (the ERA has not one but two positive air chambers) is the addition of a rubber bumper and a super light titanium plate, said to prevent noises and mitigate the top-out effect. The role of the titanium plate is to better support the bumper action and effectiveness, preventing unwanted deformations.

The coolest update to the EXT ERA is the addition of self-lubricating DU Bushes, also known as… 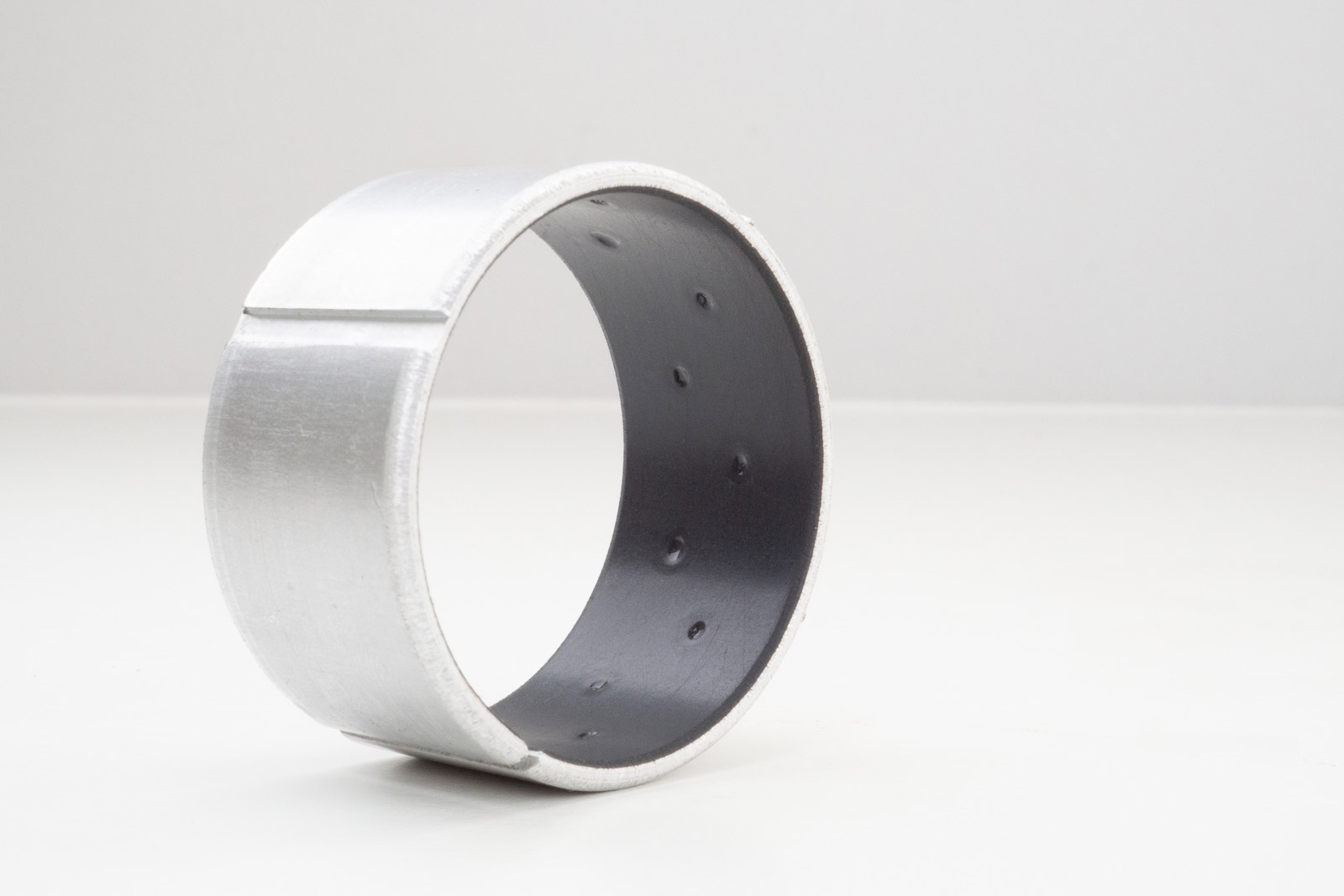 The fancy name refers to EXT’s proprietary DU Bush design which can be considered unusual on two counts. First up, the inside face features small dimples – these serve to trap oil between the bush and the stanchion, improving lubrication. On the external face of the DU Bush you’ll notice a partial cut-out that runs its full length. This channel allows oil from the bottom part of the lowers to be pumped upwards to the upper DU Bush as the fork is cycled through compression and rebound phases. EXT produced the following video to show the DU Bush in action.

Can I upgrade my EXT ERA V1?

Yes! Production of the ERA V1 is now discontinued, but owners of that original fork will, in due course, be able to upgrade to the V2 with a special upgrade pack. Stay tuned.