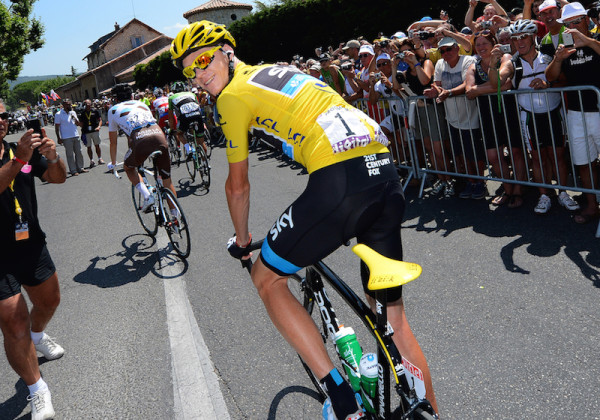 You may not have seen much of the saddle throughout the Tour, but Team Sky will continue to prop themselves up on fi’z:ik saddles for the next two years. We don’t usually cover team sponsorship news, but in this case it gave us an opportunity to tie into the bike check for Chris Froome’s Pinarello Dogma F8 which you’ll find after the break… 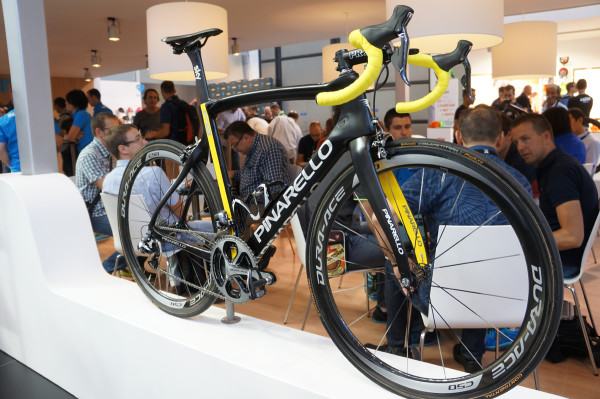 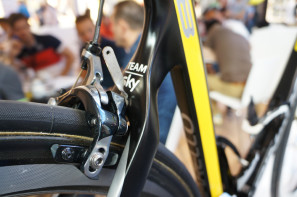 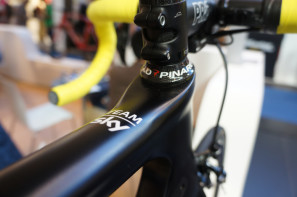 Positioned at the far corner of Shimano’s sprawling booth at Eurobike, the F8 seemed to go unnoticed by many – perhaps thinking it wasn’t actually a bike that Froome rode. But when you start to look at the little details, it’s clear this wasn’t an off the rack bike. Starting with the Pinarello Dogma F8 frameset, Team Sky’s partnership with Shimano means a mostly Shimano/PRO build. 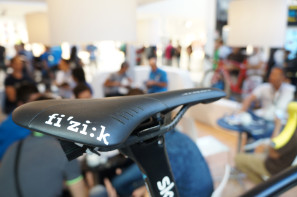 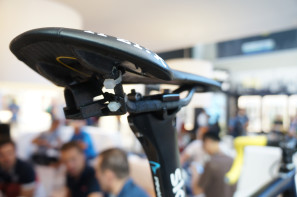 Of course the bike is running a fi’zi:k saddle as part of the team’s sponsorship. Froome seems to prefer the Antares with carbon rails. New for the Tour this year were GPS transponders that allows the riders to be tracked. Here, the mount is zip tied to the saddle rails without the transponder. 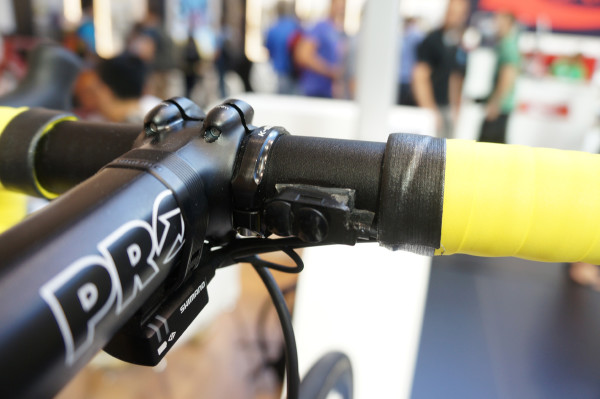 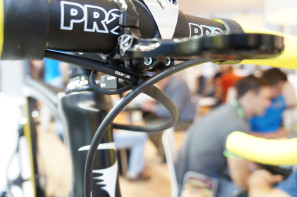 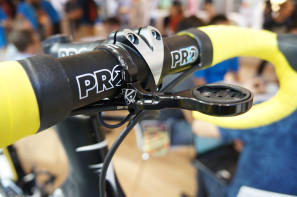 One of the biggest custom touches is a modified climber switch. By removing the plastic housing and changing the button covers, the shifter gains a lower profile and is glue to the bar instead of using zip ties. Under the K-Edge computer mount, cables are managed by using a heat shrink tube. 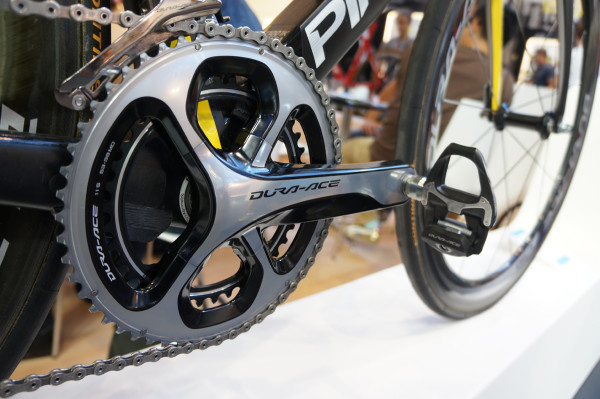 Given the fact that this bike was on display in the Shimano booth, it’s not surprising that the Osymetric chainrings Froome is known to use were replaced with standard Dura Ace rings. This appears to be one of the only things changed for the display. 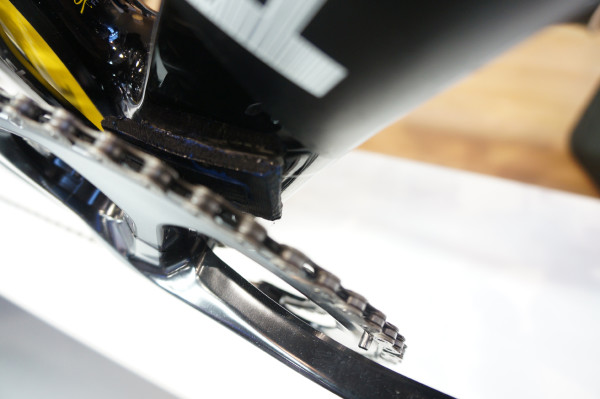 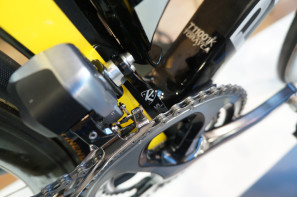 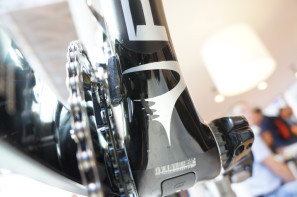 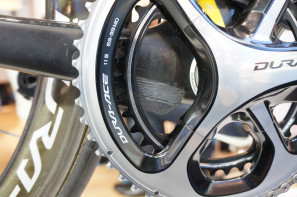 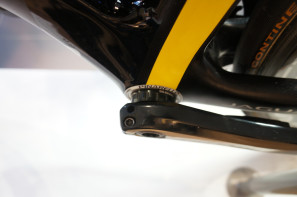 When dropping a chain is absolutely not an option, things get a little extreme. In addition to the K-Edge chain catcher, the frame has some massive blocks that appear to be either 3D printed or carved from a plastic or Delrin like material epoxied to the frame – one up front on the downtube and one on the chain stay. Hidden from view on the left crank arm is a Stages power meter. 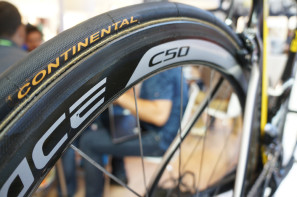 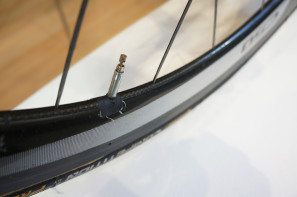 Rolling on Dura Ace c50 tubulars (among other Shimano wheels during the Tour), a bit of tape on the valve keeps it from rattling.

That Antares looks way flatter than mine. Mine flares up toward the back and I hate it.

@Allan that happened to mine too – I don’t know whether I landed on it too hard during a remount or the “wingflex” was starting to sag, but after 12 months it looked more like an Aliante.

My Antares too. I replaced it with something else.

No guys, it’s technologically designed to conform to the shape of you ass. No quality issues here, just ask Chris Froom.

Yeah? Ask him what? How many dollar bills he uses for a chamois?