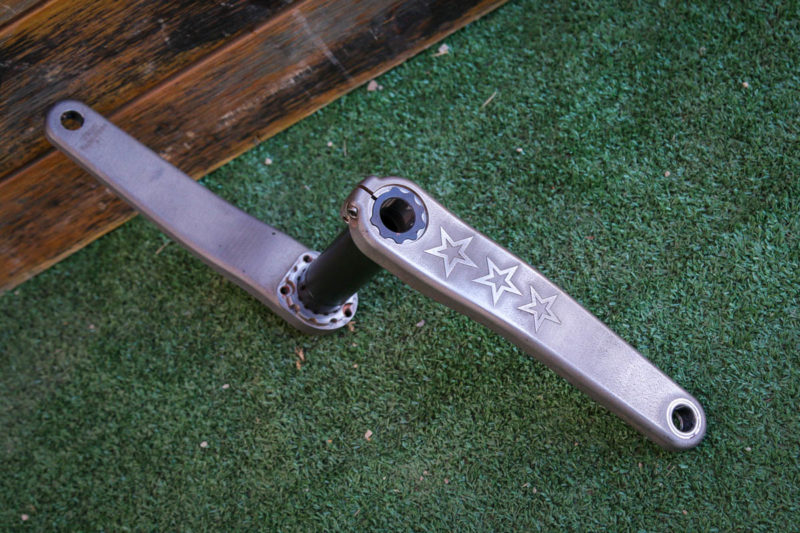 What’s an engineer for Tesla to do in his spare time? Work on creating his own 3D printed titanium cranks, of course. We spotted Edd walking around Sea Otter with a very interesting crankset in his hands, which turned out to be his own creation. Edd mentioned that the project started with him asking himself, “how hard can it be [to 3D print your own titanium cranks]?” The answer—really hard, but that hasn’t stopped Stellar Performance from creating a great looking crankset. 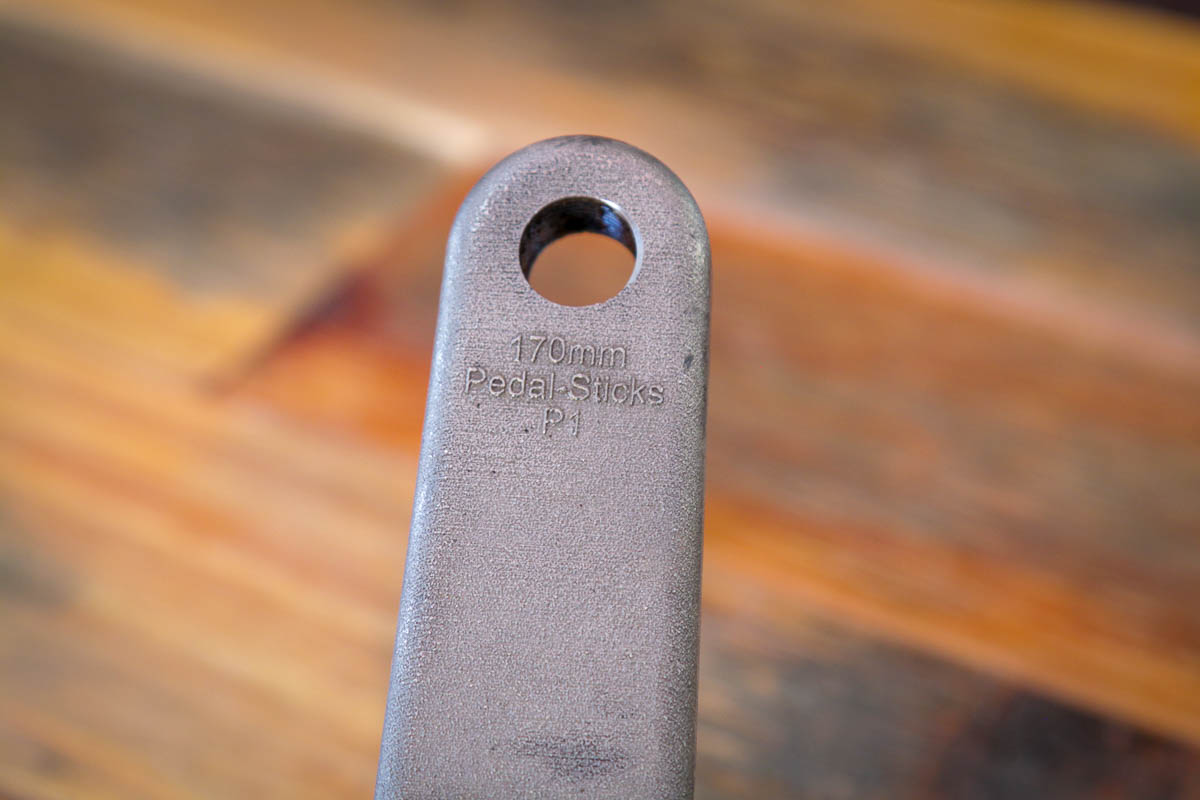 Called the Pedal Sticks (a name which Edd credits to Ben from MBR), these crank arms are created using additive manufacturing, or 3D titanium printing. That allows for them to be hollow on the inside, but it does require special considerations in the printing process. Edd tells us that these are completely hollow with no lattice on the inside. That makes them lighter but requires a specific orientation while printing. It also requires holes to be incorporated inside the pedal thread area so that excess powdered titanium can be removed from the finished product.

Why 3D printing in the first place? Edd mentioned that the printing process allows him to create a very strong crank that is also fairly flat, offering excellent heel clearance. And they’re titanium, which also makes for a very light crank arm as well. 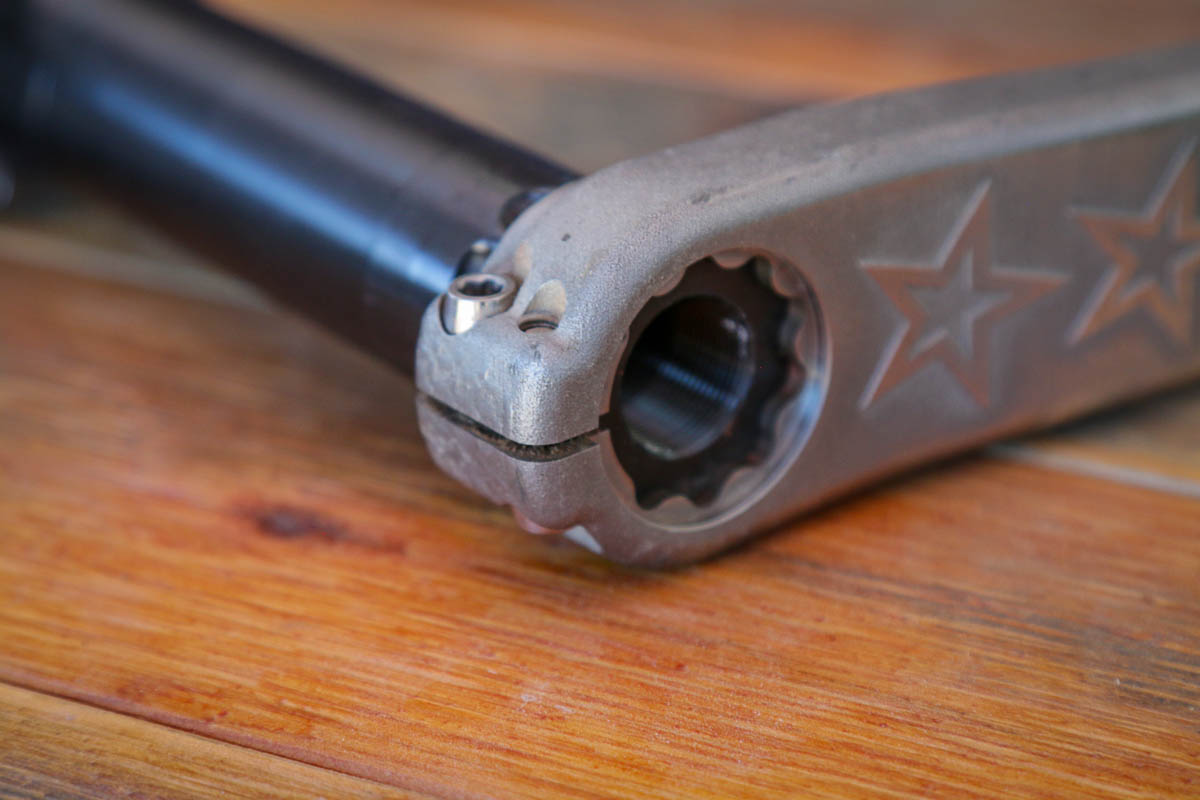 Edd says he settled on an opposing bolt layout with a SRAM DUB interface to create a system that didn’t require massive torque to hold everything together. The spindle is turned from 4mm thick aluminum, while the arms are full titanium. 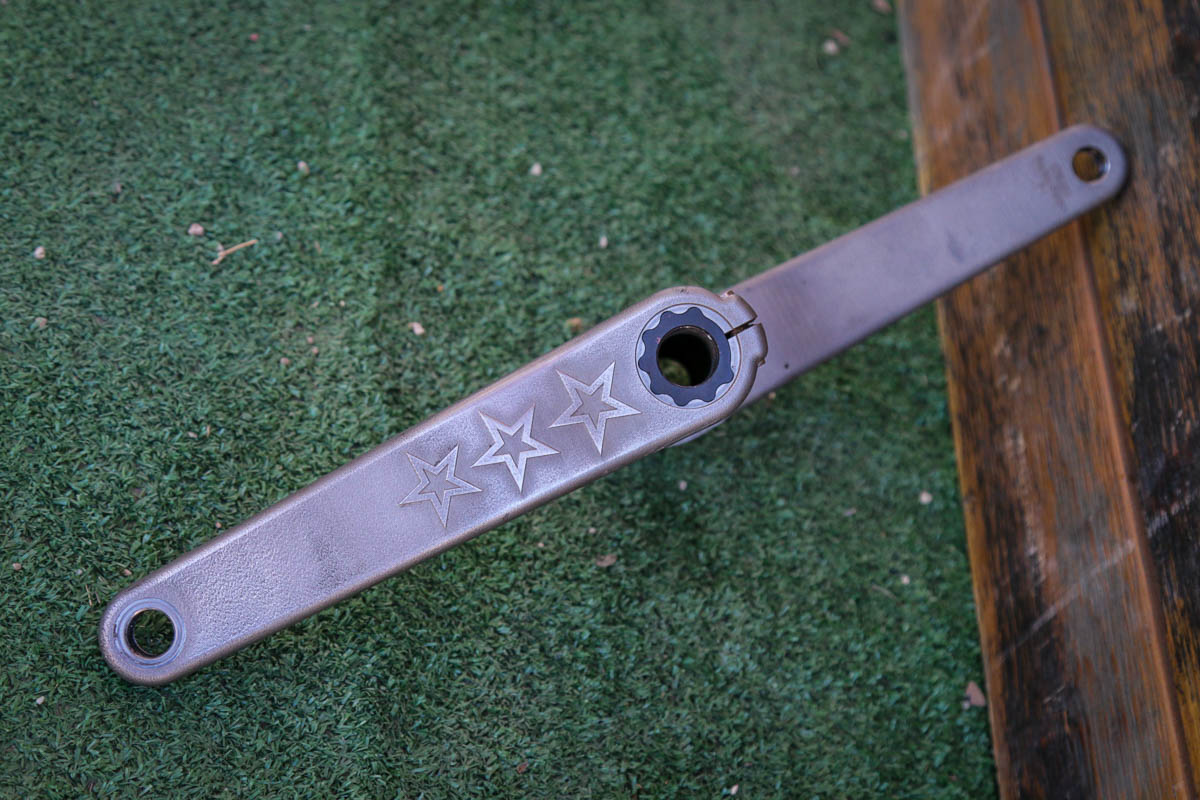 The design also incorporates raised stars on the outside of the crankarms with the intention of these wearing over time and getting a polished look while the rest of the crank maintains the rough finish. 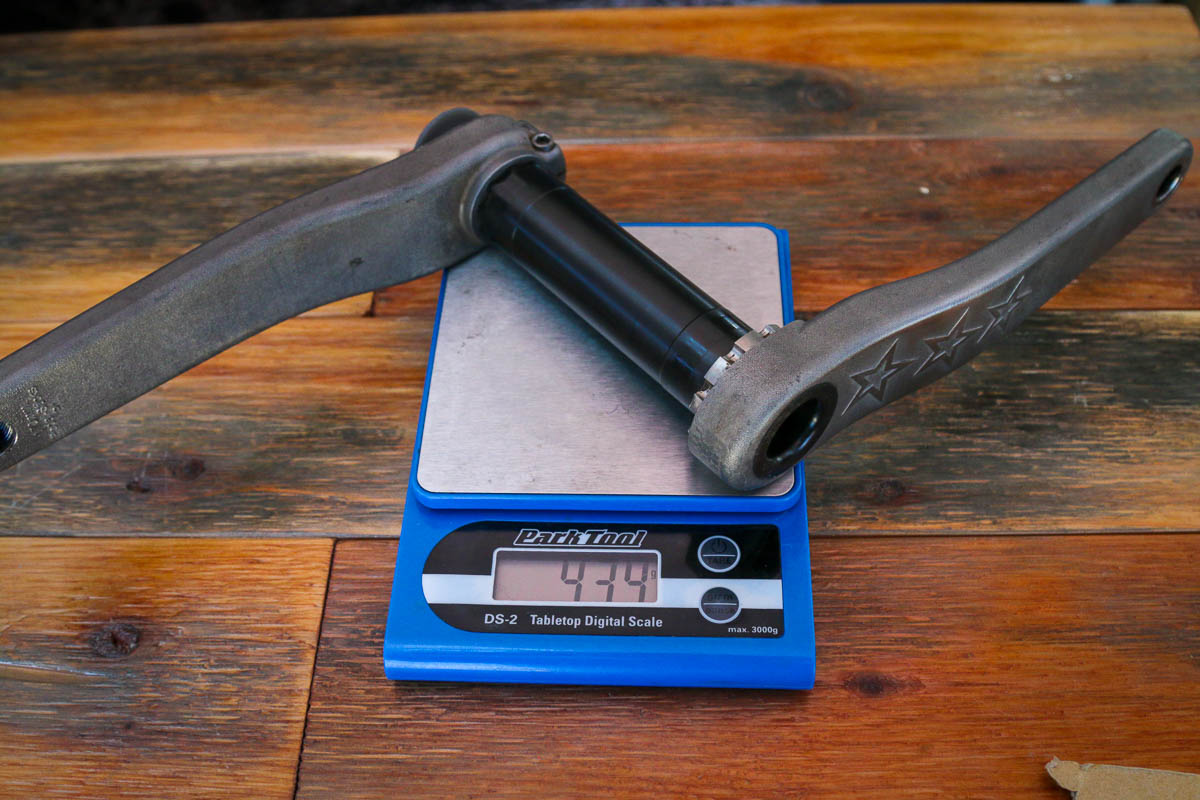 A single crank arm is said to weigh 148g, while this complete 170mm crankset (with a prototype plastic preload bolt) weighs in at just 434g. Based on the photos from the Stellar Performance Instagram page, these cranks are fully functional and getting quite the workout. Currently, there are no plans for production, but it’s hard to imagine we won’t see these for sale sometime soon.

Ditch the stars, add a Made in USA Flag on the back side, charge same amount as EeWings, profit.

It would be cool to be able to customize the star design, since they’re 3-D printed anyway.

For All The Cows

Bit of a missed opportunity to exploit AM to make a crank that looks different to a low end FSA model.

To which fsa crankset are you referring? They look unique to me. And exotic. How different would you make it?

There are bmx ti cranks with aluminum spindle that failed. Check out Mike Fede on yt.

Call me when you can 4d print titanium

no lattice? soooo…why print instead of simply use tubing? a hollow 3d printed “tube” sounds way more weak/dangerous/expensive than a traditionally drawn tube.