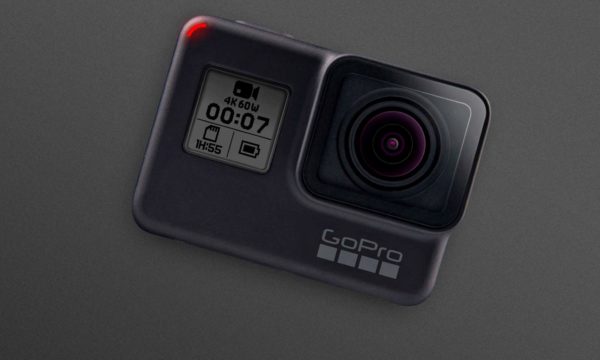 Almost every autumn GoPro takes it up a notch with a new version of their industry leading action camera. From the outside it hasn’t changed much for several generations, but this latest GoPro Hero7 Black gets a bunch of internal tech upgrades that make the 4K 60fps capture easier to use as you film, share, even stream your latest adventures – all at a lower price than a year ago.

This year’s top-end GoPro updates look to be significant functionality improvements, while the core video shooting stats remain unchanged at 4K video and 60 frames per second. The standout tech update is called HyperSmooth stabilization, and from the looks of the video shot with the new camera, it is almost impossible to distinguish from the proper mechanical stabilization you get with an external, motorized gimbal setup. GoPro also says that HyperSmooth works underwater and in high-shock and wind situations too, where gimbals otherwise fail.

Jumpy video is pretty much the bane of mountain bike action camera existence, so if this delivers as promised the next-gen of POV biking videos are going to be a lot more fun to watch.

The Hero7 also introduces video TimeWarp that creates a high-speed ‘magic-carpet-ride  effect’ to zoom through longer video capture. Again stabilized & up to 30x sped-up, it could transform otherwise too long shots like riding smoother trail into a fast flowing recreation of the ride’s full experience, in just a matter of seconds. 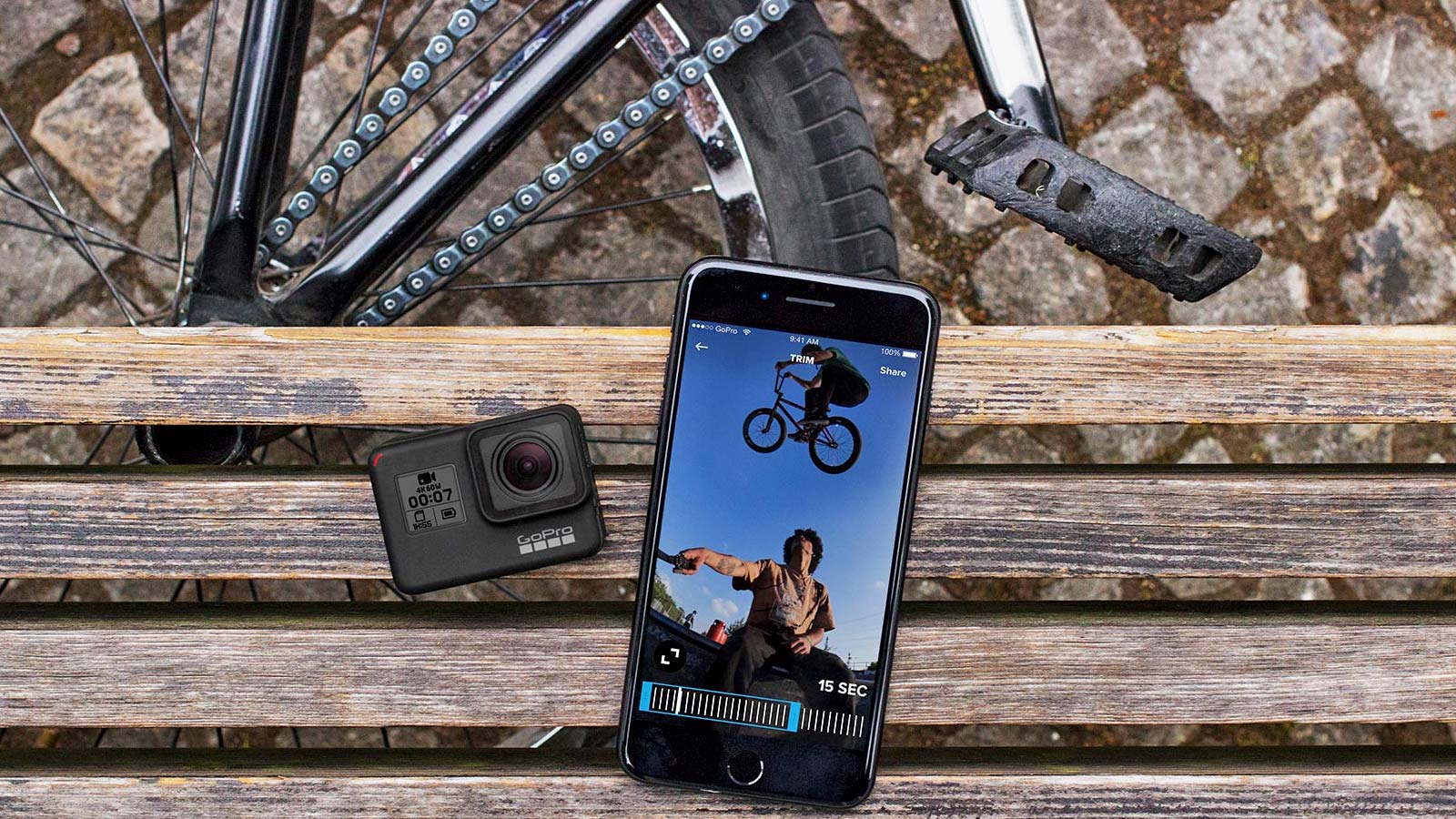 The new GoPro also gets updated voice controls, with the big improvement that the camera will now wake up when you talk to it. Sixteen voice commands give you hands free control from turning it on, to snapping a photo, controlling video capture, and even tagging a key section of the video you are recording. 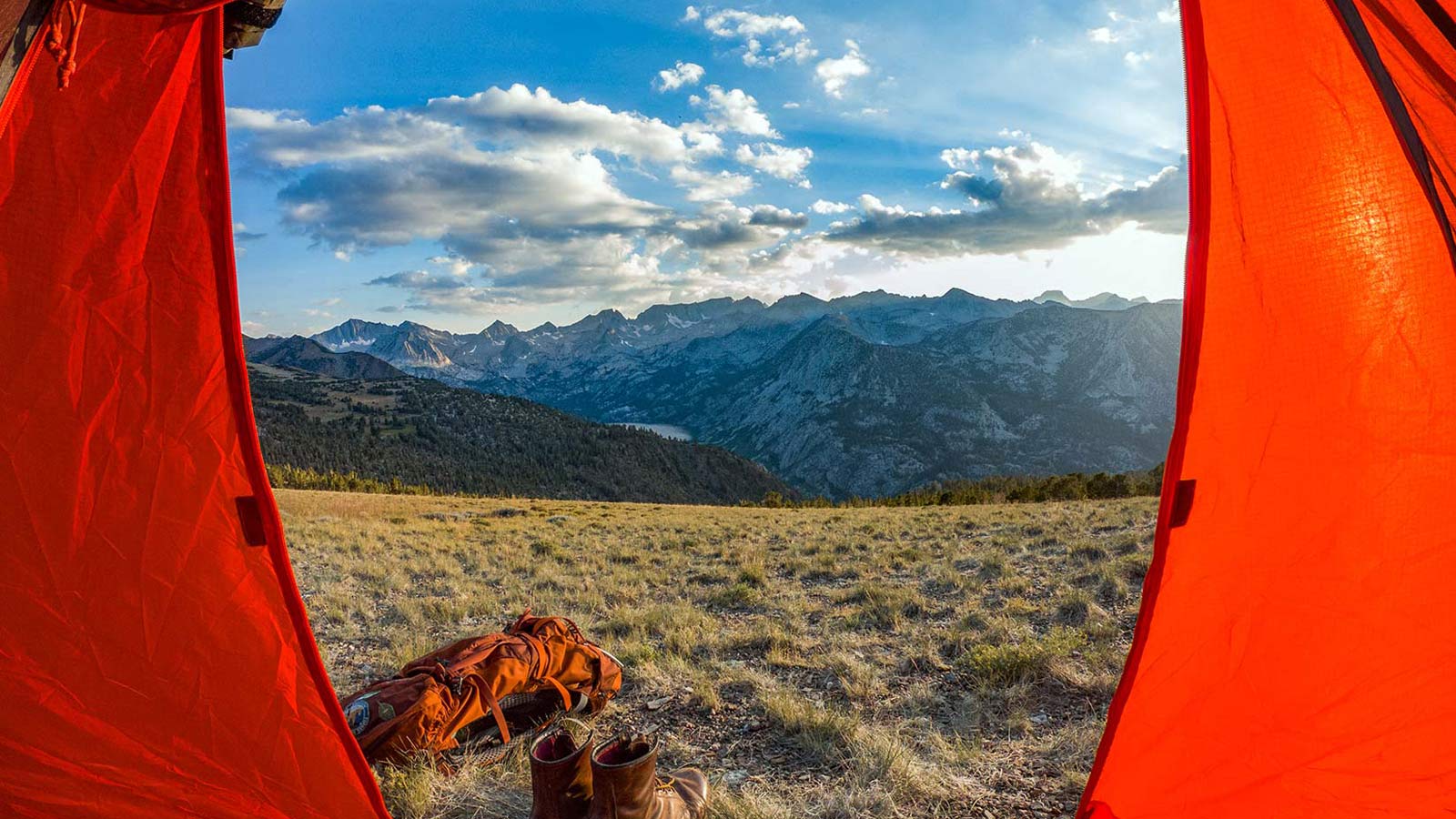 Speaking of photos, even though GoPro’s core is recording video, especially a lot of endurance cyclists often use them for snapping photos and photo bursts. Now those 12MP snaps will get more vivid with automatic HDR shooting in what GoPro calls SuperPhoto. 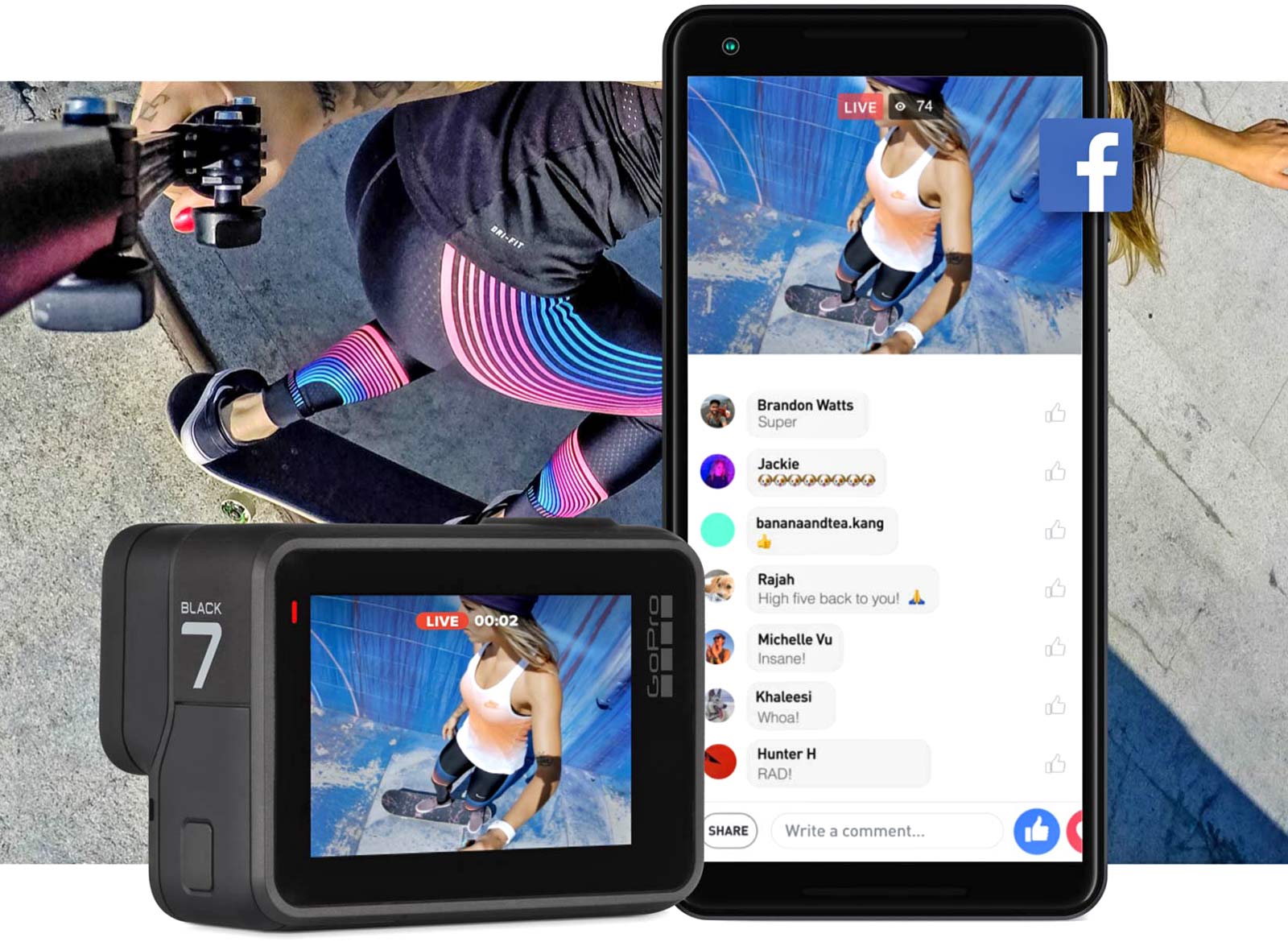 Live streaming updates as well, sending your live recording straight to your Facebook Live feed via the Facebook app, Youtube, Vimeo, Twitch and more, all while still recording to the internal memory card. You can also capture vertically and now send videos straight to Instagram through the GoPro app. 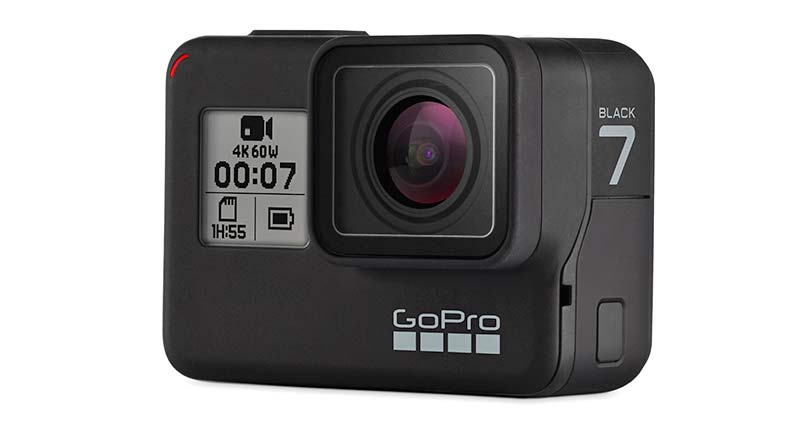 Even though the core 4K60 doesn’t change, the new Hero7 Black does get more slow-motion capability when you dial it back a bit thanks to a new GP1 processor. Still sharp at 1080p, the new camera will shoot at 240 frames per second for 8x super slow speed playback of your sick tricks. The new camera also stands above the cheaper cameras in the GoPro family with a removable 1220mAh battery so you can carry spares for longer shooting. 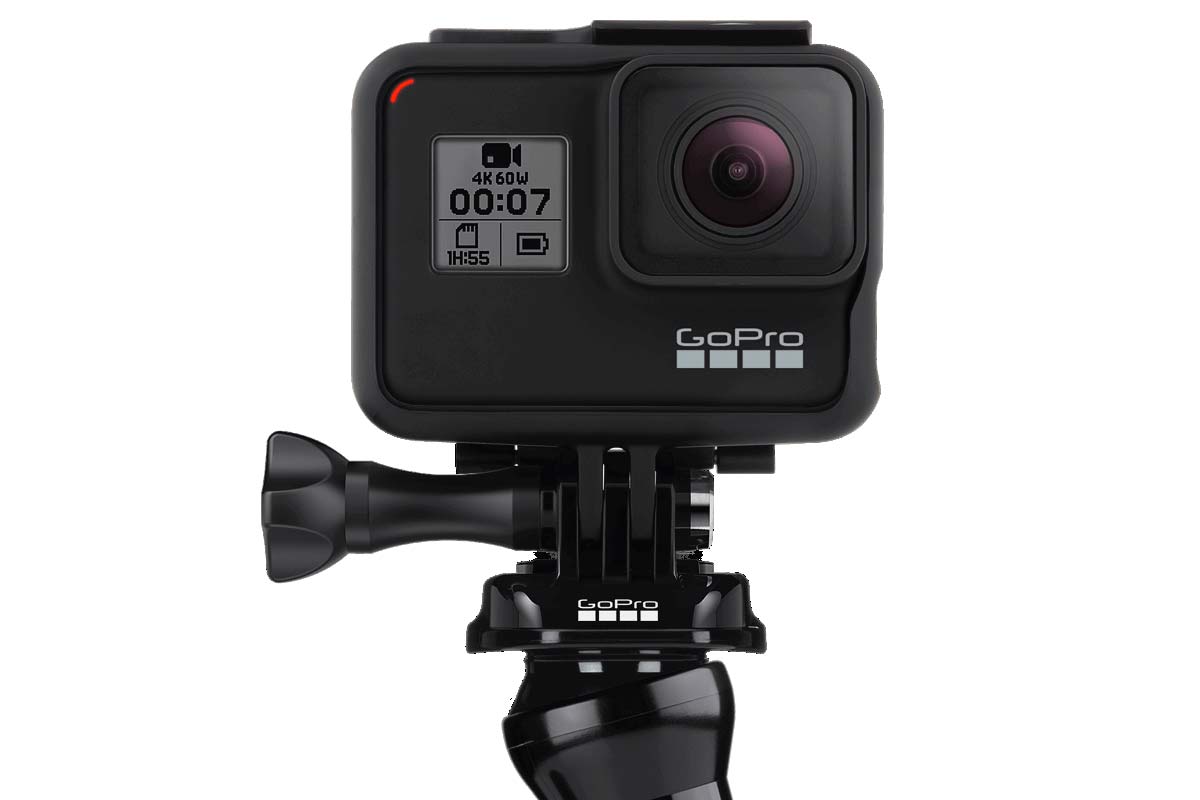 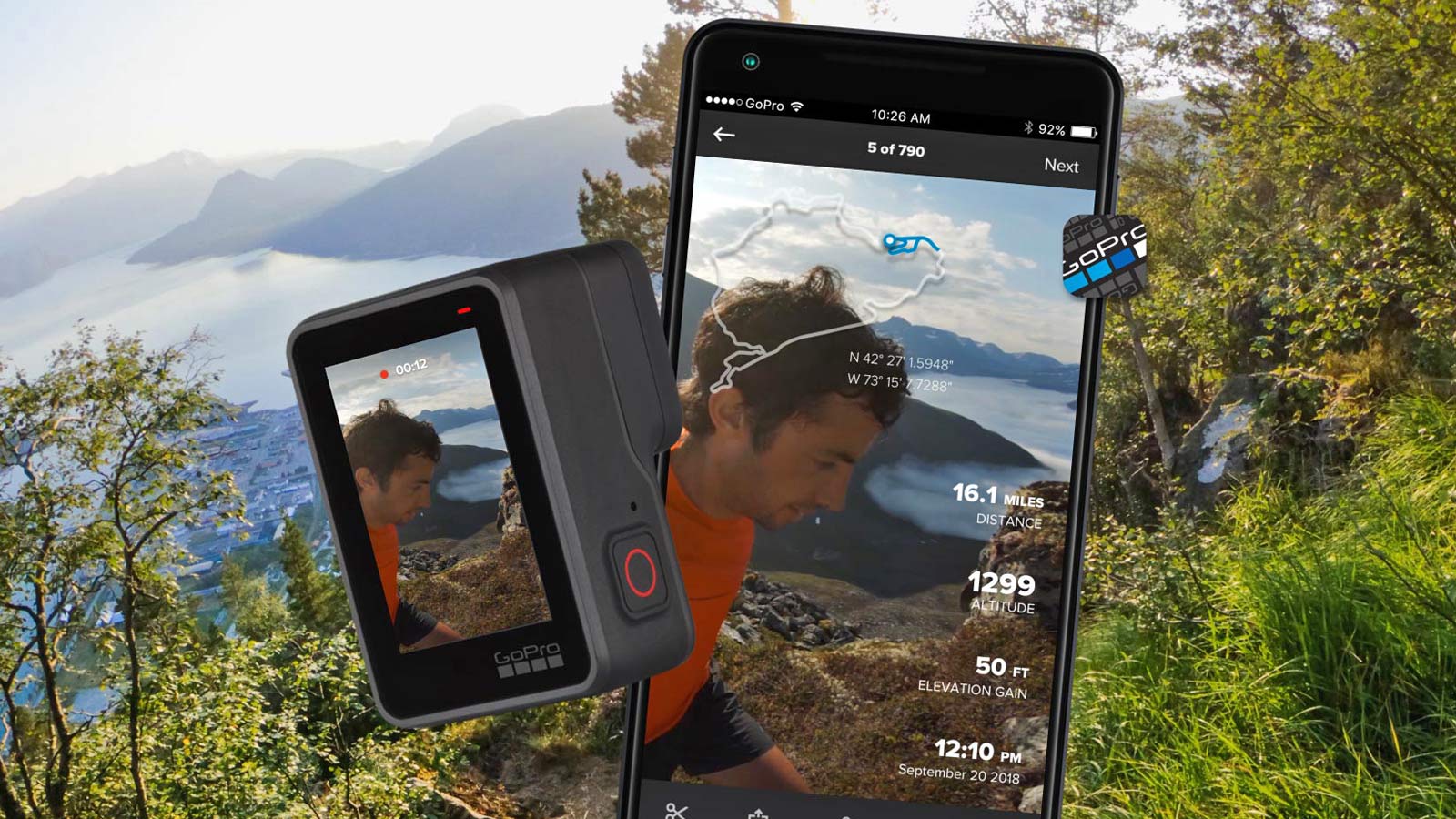 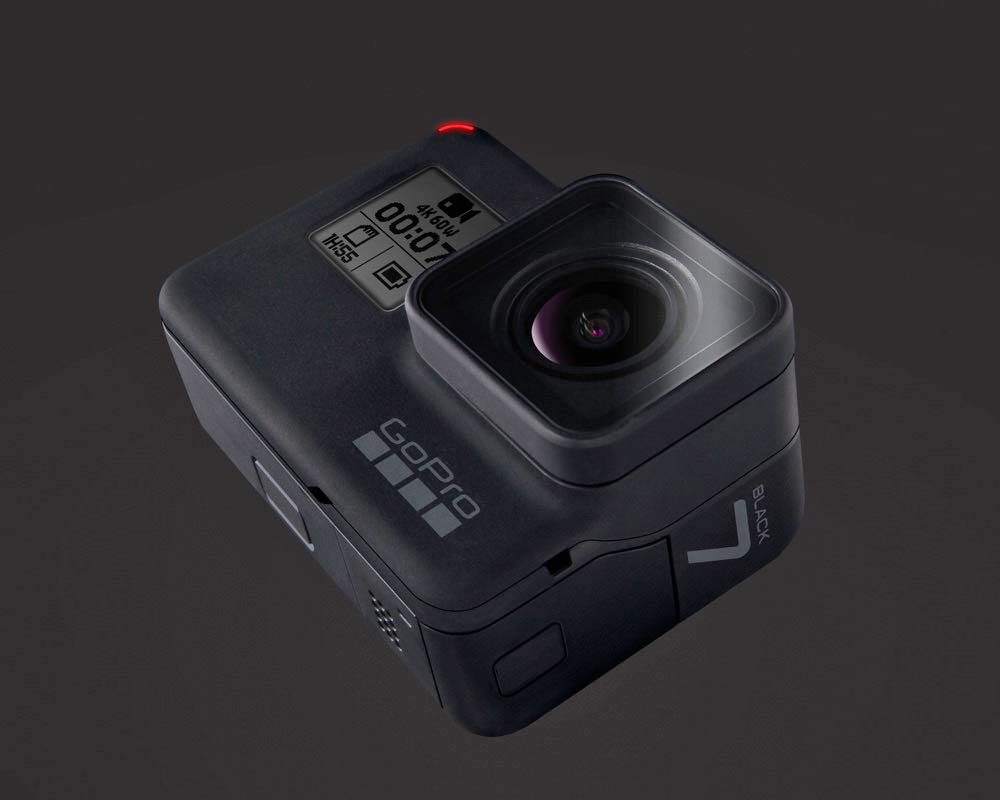 If you are in the US and want to step up to the latest and greatest in helmet cam tech, GoPro has a deal for you. Their TradeUp Program will give you a $100 credit if you send them almost any old digital camera, only good if you buy the new Black or Fusion cameras. 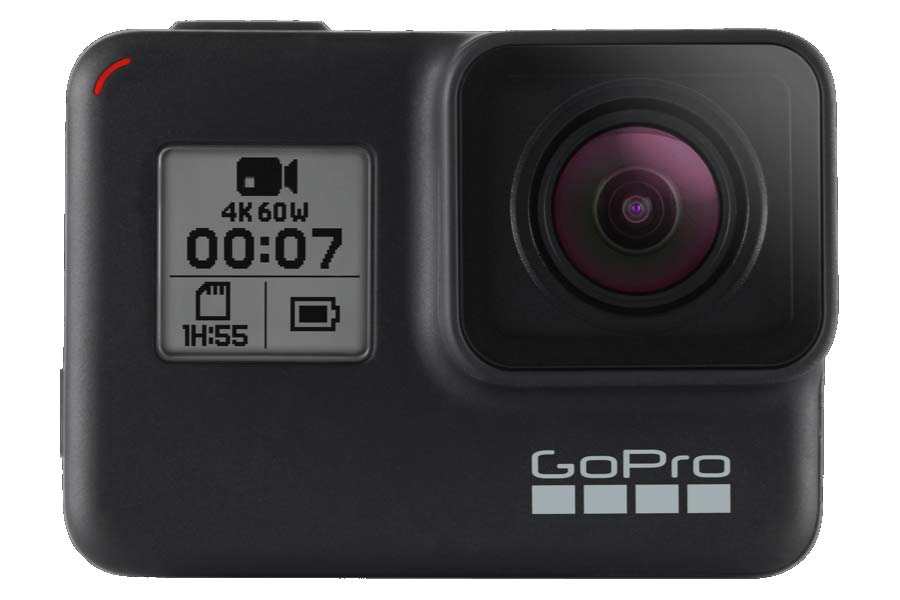 The new GoPro Hero7 Black camera sells for $400 / €430 and includes the frame (which is how you mount it to anything), battery, charging cable, curved & flat adhesive mounts, and a mounting buckle. Retail availability of the new Hero7 Black is expected by Oct 2. Buy one online direct from GoPro and they will also throw in a free 32GB memory card. If you don’t already have the spares, you’ll probably want to add the dual battery charger/extra battery combo ($49.99) to your list.

If you are looking for a more affordable GoPro, the prior generation becomes the GoPro Hero7 Silver now for $300 / 330€ shooting in 4K30 without all the bells & whistles. The simply named GoPro Hero that was introduced earlier this year, now gets replaced with the GoPro Hero7 White shooting in 1080p60 for $200 / 220€. Other than the 360º Fusion, these three Hero7 models replace all others in their catalog.

Taxes. I doubt the US price includes them (sales anyway). Plus, if you want things like universal health care and education they have to payed for somehow…

What are you talking about? Of course it doesn’t include sales tax. That differs everywhere and some states don’t have sales tax.