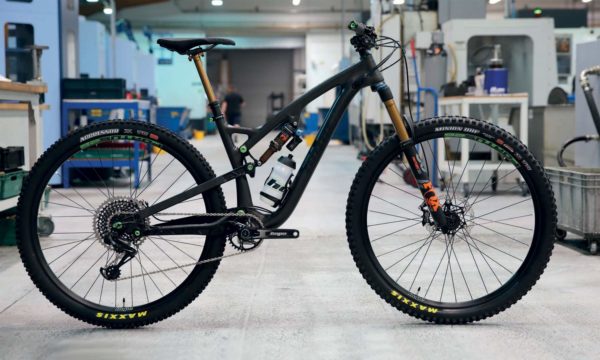 Hope is still best known for durable, UK-made machined alloy components. But adding a new shorter travel HB.130 29er trail bike to their already successful enduro HB.160 is a move to cement their name as a bike maker. Building on the in-house capabilities Hope set up to make carbon bars, seatposts & the HB.160, the new carbon HB.130 trail bike will be produced entirely in their UK factory in Barnoldswick. Oh, and that HB.160 is cheaper than we thought, too! 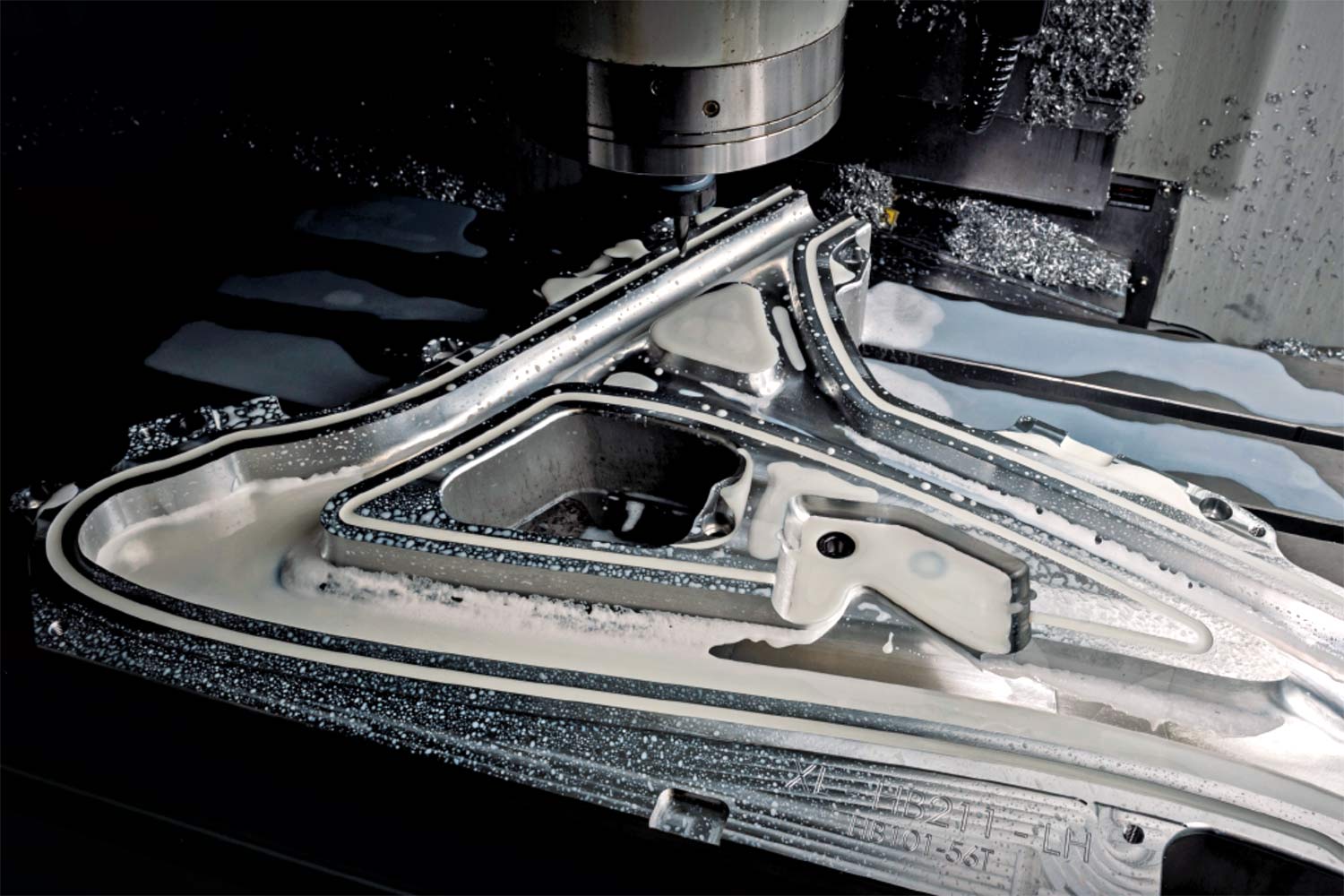 When asked why as a component maker Hope would start to produce mountain bike frames, their response is, “Well why not?” Hope has been toying with bike designs for the better part of 15 years now. And as they put it, Hope always want to develop products “to enable us to experience maximum enjoyment from our favourite trails.” 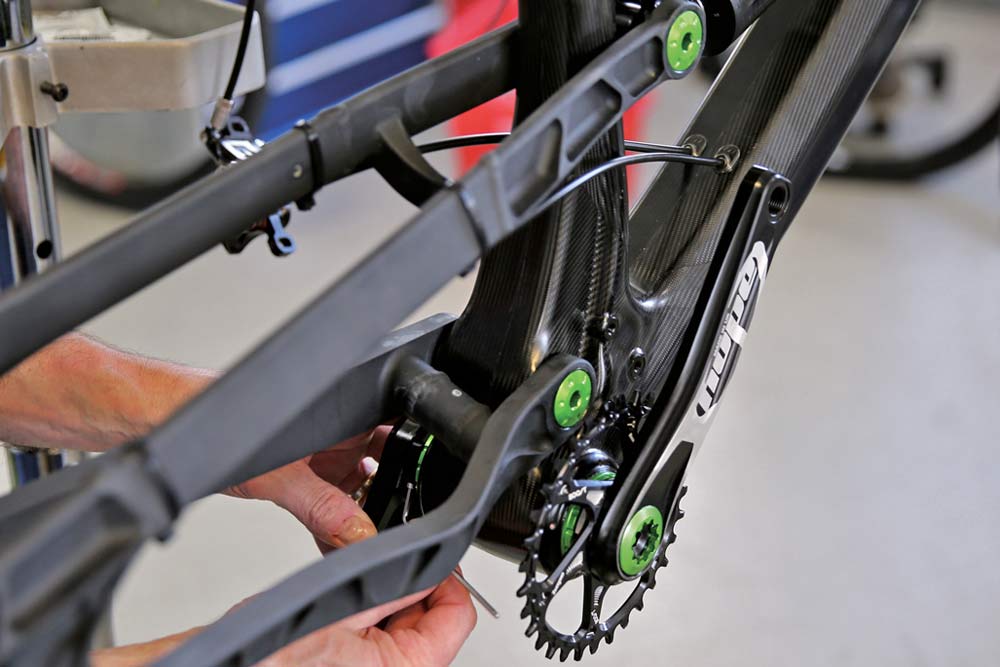 The HB.160 let Hope designers & sponsored rider hit steep technical trail centers or even the global EWS circuit. Now the new HB.130 will be more of an all-round trail bike for shredding Hope’s favorite singletrack – from their local Gisburn Forest trails to a bit further away in Torridon on trails they call ‘mystical’.

Now with in-house carbon manufacturing capabilities on top of their obvious ability to machine a mold, limitations keep dropping away. Because of Hope’s insistence on being more custom-built of a bike maker than mass production, they are taking the time to refine the new trail bike, much as a passion project. That means they feel free to build what they want to ride personally, so don’t really have to fall in line with every commercial trend. 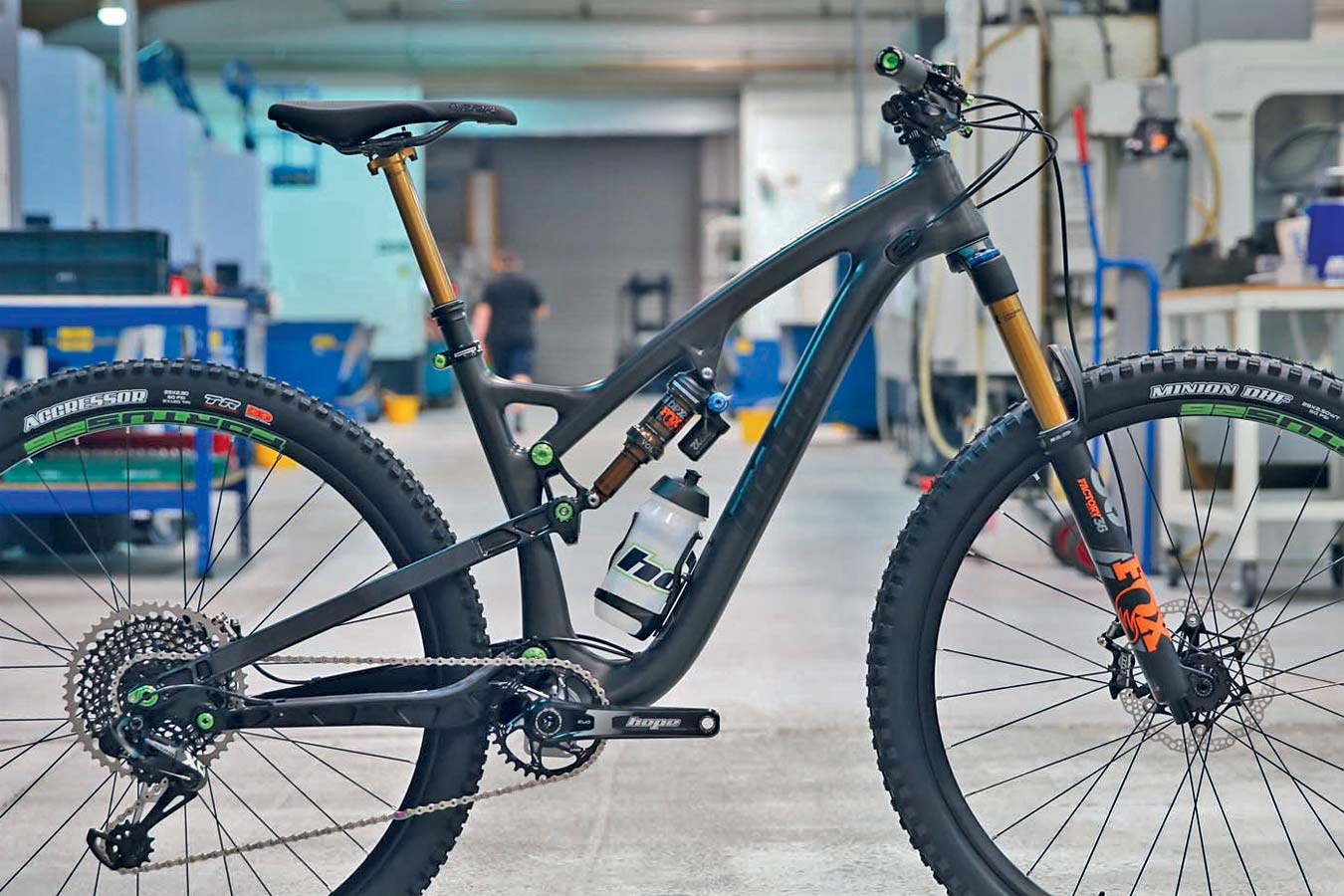 The HB.130 is this still very much a prototype in development. Hope is quick to point out that even its geometry isn’t yet set in stone (or rather alloy & carbon!). The new trail bike will get modern trail geometry along the lines of long, low & slack, but Hope still intends the bike for tight trail riding & plenty of climbing, so it won’t likely be too stretched out. They say their target is confidence inspiring descending matched to snappy-feeling XC bike climbing.

What we know for sure is that it gets 29″ wheels and 130mm of Horst-link four-bar rear wheel travel with a metric shock. And it will get Flip Chips in the suspension so you have the flexibility to tune the geometry a bit to suit your trails.

Just like the HB.160, the front triangle will be produced in-house from carbon fiber. And the rear end will be machined alloy, with the two sides bonded together, and likely Hope’s own unique non-Boost 130mm rear hub spacing. The 1x-specific bike features internal routing, dropper compatibility, post mount rear brake. and gets a set of water bottle bosses.

Hope plans to finish dialing the bike in this spring, with consumer availability slated for “early summer 2019.” No word yet on pricing, but we expect it to be similar to HB.160 prices. 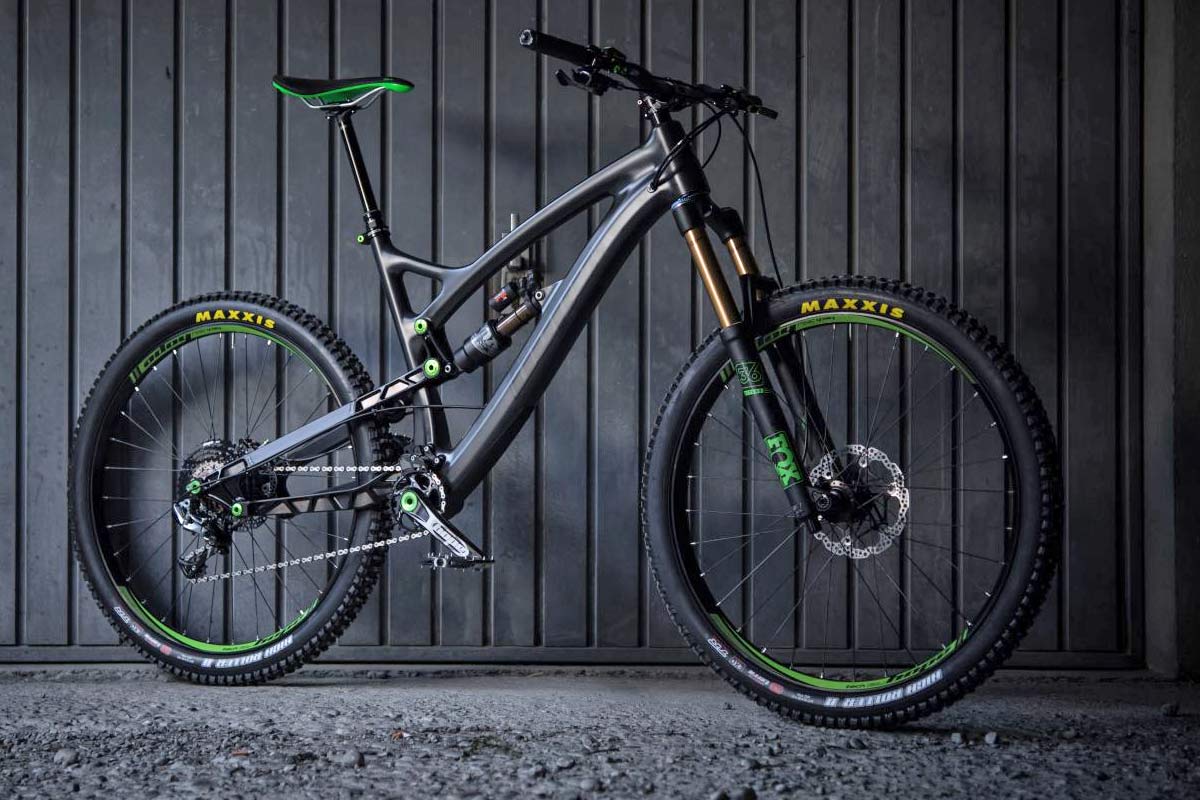 Speaking of HB.160 pricing, Hope has dropped the cost of entry significantly, something that might have slipped past our radar a bit last year. The original HB211 that became the HB.160 was £7500 at its launch back in mid 2017. Hope said they could make at most four bikes a week, so they weren’t that concerned about cutting costs it seems. 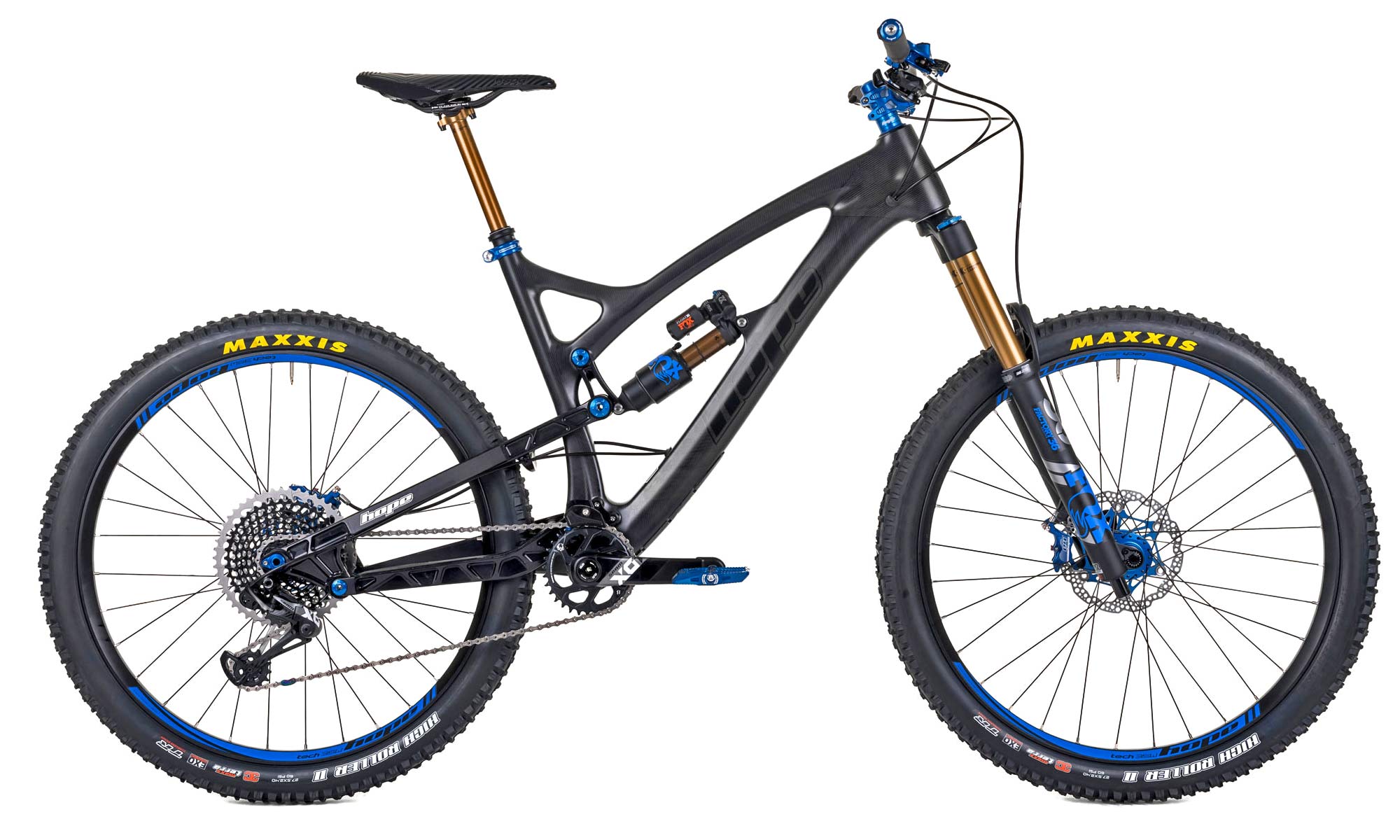 But in the time since, they realized that they wanted to make the HB.160 more accessible, so they reassessed their full carbon R&D costs, and realized they could drop the price all the way to £5500, without changing quality or even who was actually building the bike in their own UK factory.

The best part, was that those early adopters have since been refunded the difference, and all bikes sold last year went out with the lower pricetag. That’s also good news for the new HB.130 which is likely to hit a comparable price point.

Very nice, how about two water bottle cages though? One bottle doesn’t last piss1ng time. You could stick it on the underside of the down tube.

“The best part, was that those early adopters have since been refunded the difference”

Wow, that is integrity in the bike industry right there.