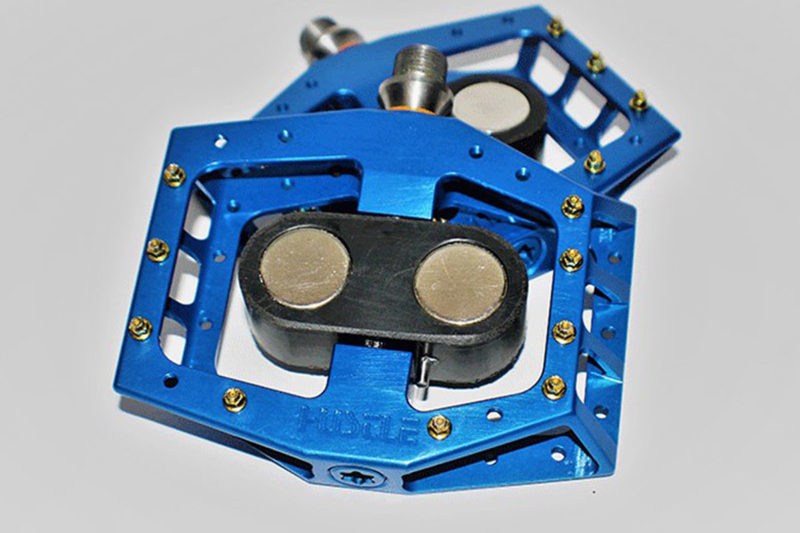 Hustle Bike Labs are on the precipice of releasing their REM magnetic flat pedals for mountain biking, combining the the connection of a clipless pedal, with its improved pedalling efficiency, but the freedom of a flat pedal with safer release options. We know very little about these magnetic flat pedals, only the little that can be gleaned from this single image and this interview with founder, Craig Payne. However, they’re about to be officially introduced in less than a month. 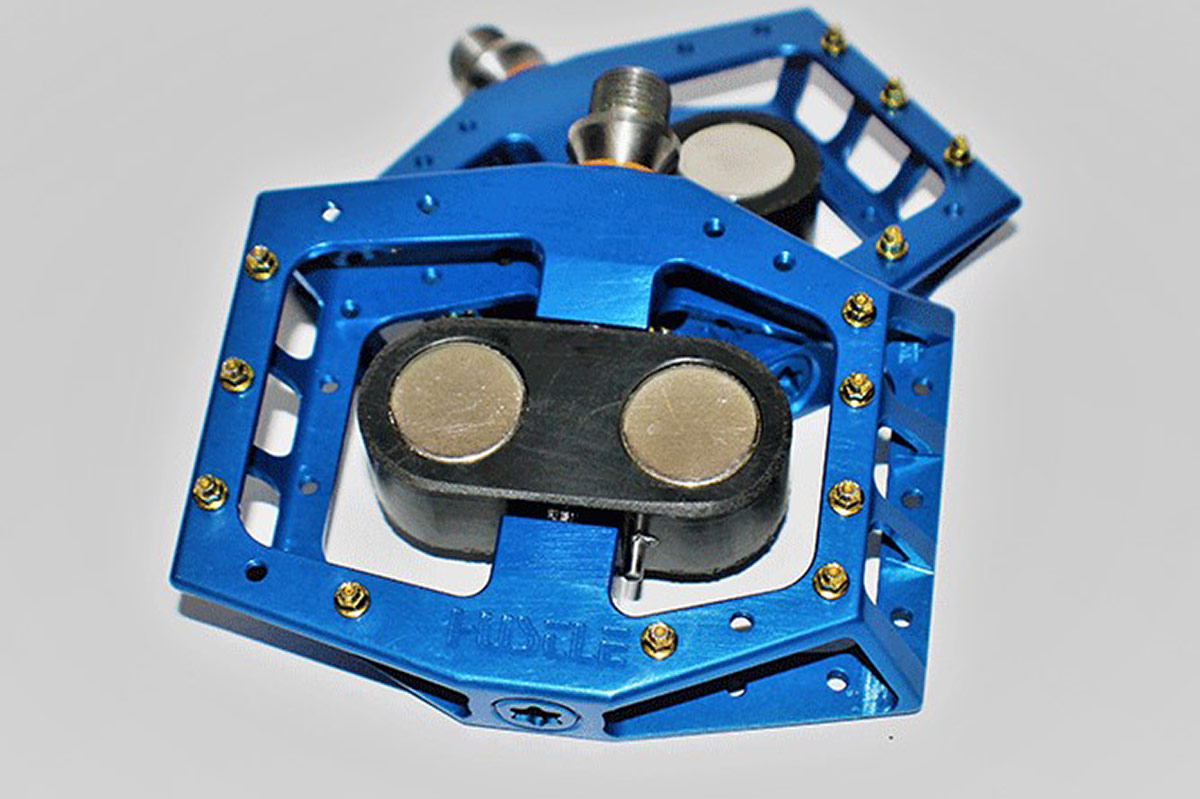 What do we actually know?

Hustle say the REM magnetic pedals offer “the ease-of-use and increased contact area of platforms without the issue of slipping off prematurely; and the improved efficiency and stability of clipless without getting “locked in.” The pedal looks a lot more like a traditional flat platform pedal than a clipless pedal, with a CNC-machined platform with nine pins, surrounding the circular magnets at the centre, mounted on what looks to be a polymer base. 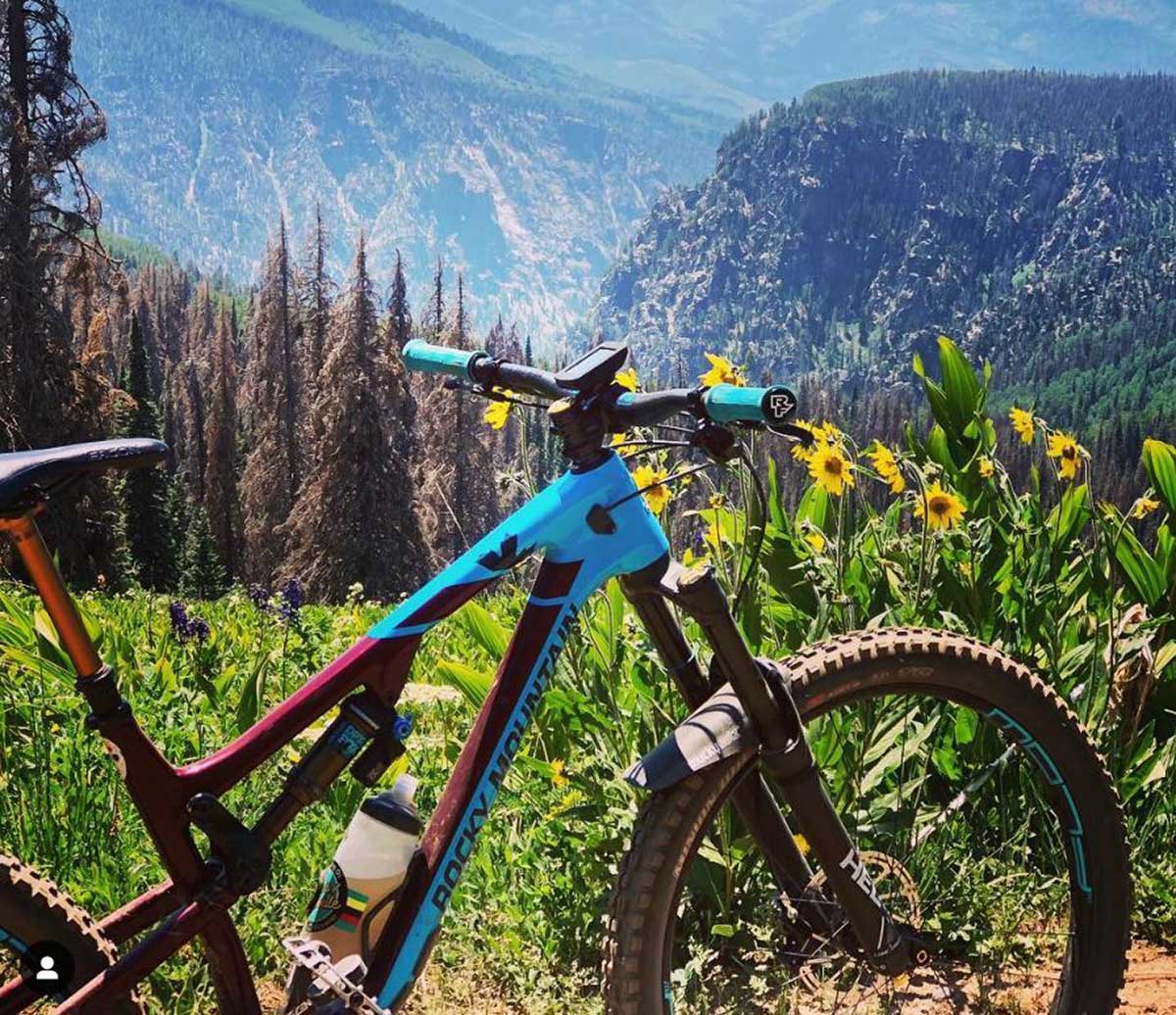 And, if you look closely at the above photo from Hustle’s Instagram feed, you’ll see that the central piece holding the magnets can rotate within the pedal platform. This would be a major difference from other magnetic pedals like the MagLOCK which has a fixed center section with the magnets under a stainless steel plate. Theoretically, this could make the Hustle pedals feel more like a standard clipless pedal, but with easier egress.

What we can’t infer from the photos is just how strong those magnets will be, and what shoe they will be paired with. As far as we know, Hustle Bike Labs haven’t been working on a complimentary shoe, thus we’re assuming it will use a steel cleat like MagLOCK to pair with the REM magnetic flat pedals specifically. 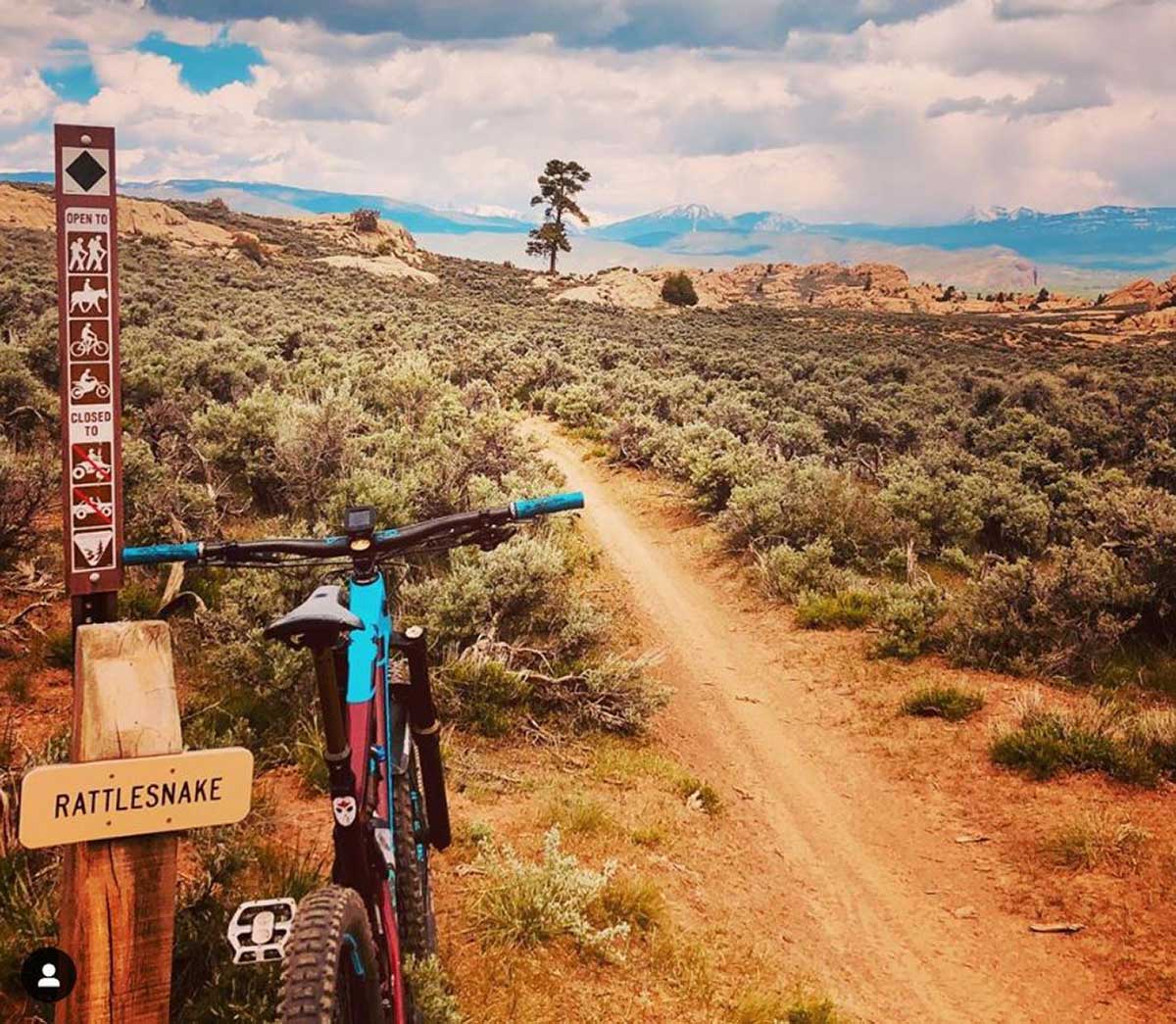 Most mountain bike riders have a seriously strong preference for either clipless pedals or flat platform pedals, with very few, that I know of, flitting between the two. I personally ride flats but have often considered transitioning to clipless pedals for the improved pedalling efficiency and the fact that you no longer need to worry about where your feet are on the pedals; they’re exactly where they need to be. That is until you crash, and end up in a horrible tangled mess with your bike on top of you; it is my fear of that unfortunate event occurring that has prevented me, and many others, thus far. 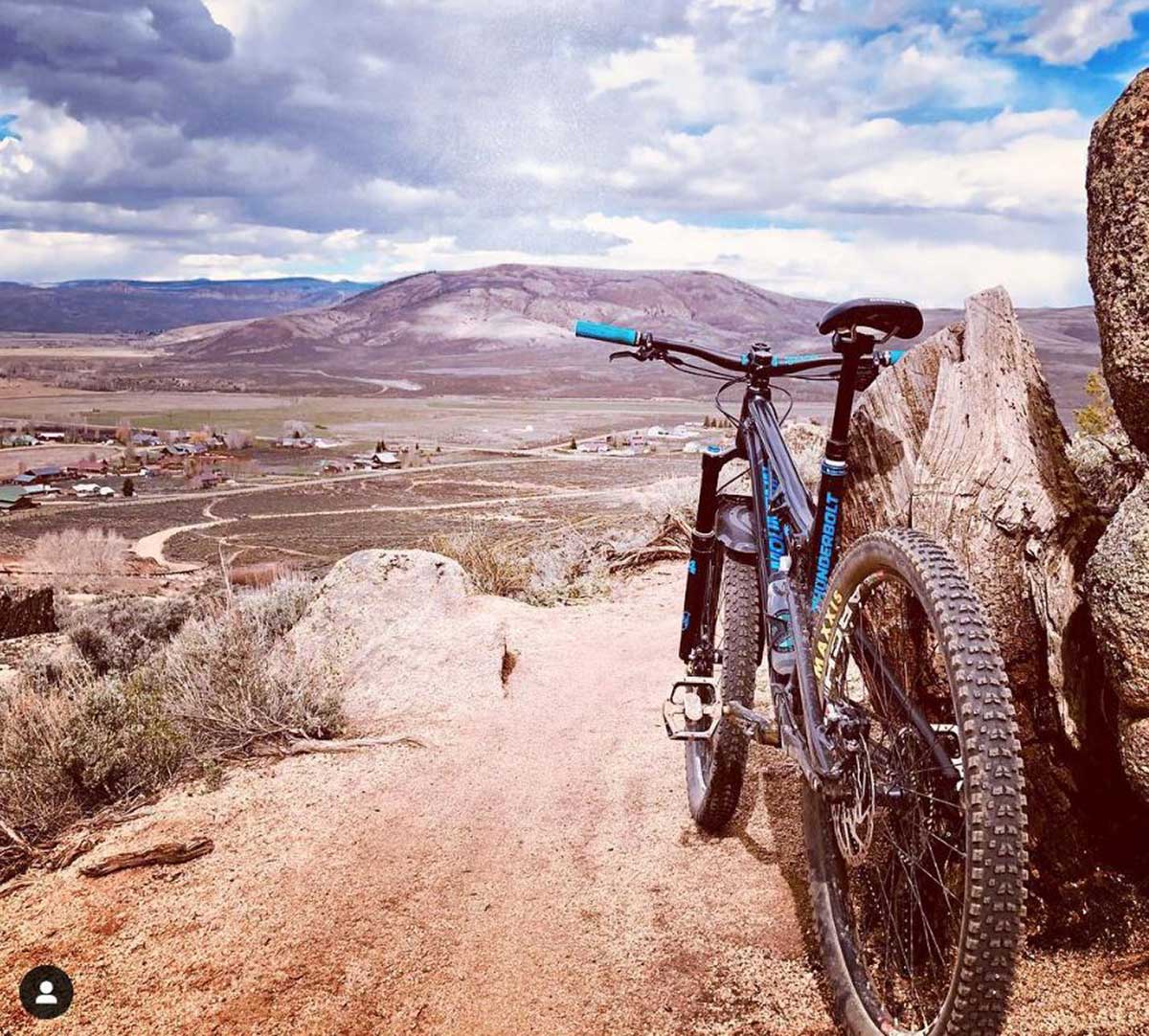 Founder of Hustle Bike Labs, Craig Payne, was on clipless pedals the day he came a cropper while riding knife-edge single track in Moab Utah, sparking his desire to design the REM magnetic flat pedals. In his words, “I’m riding one of the iconic trails in this magical landscape; my adrenaline was high. The biggest challenge of the ride is just around the corner. The trail is now becoming very narrow. There’s a canyon wall on my left and, on my right, is a cliff…the Colorado River several hundred feet below. I’m riding that thin line between confidence and fear. What happened next nearly killed me. I’m approaching a rock garden too fast, bounce off a boulder, and it causes me to lose my balance. The only way to stay in control is to use my feet. However, I’m clipped into the pedal and cannot release them fast enough. I’m falling, rolling, and now holding onto to a boulder. My legs are hanging over the cliff edge. All of this could have been avoided if I could have quickly released my shoe away from the pedal.” 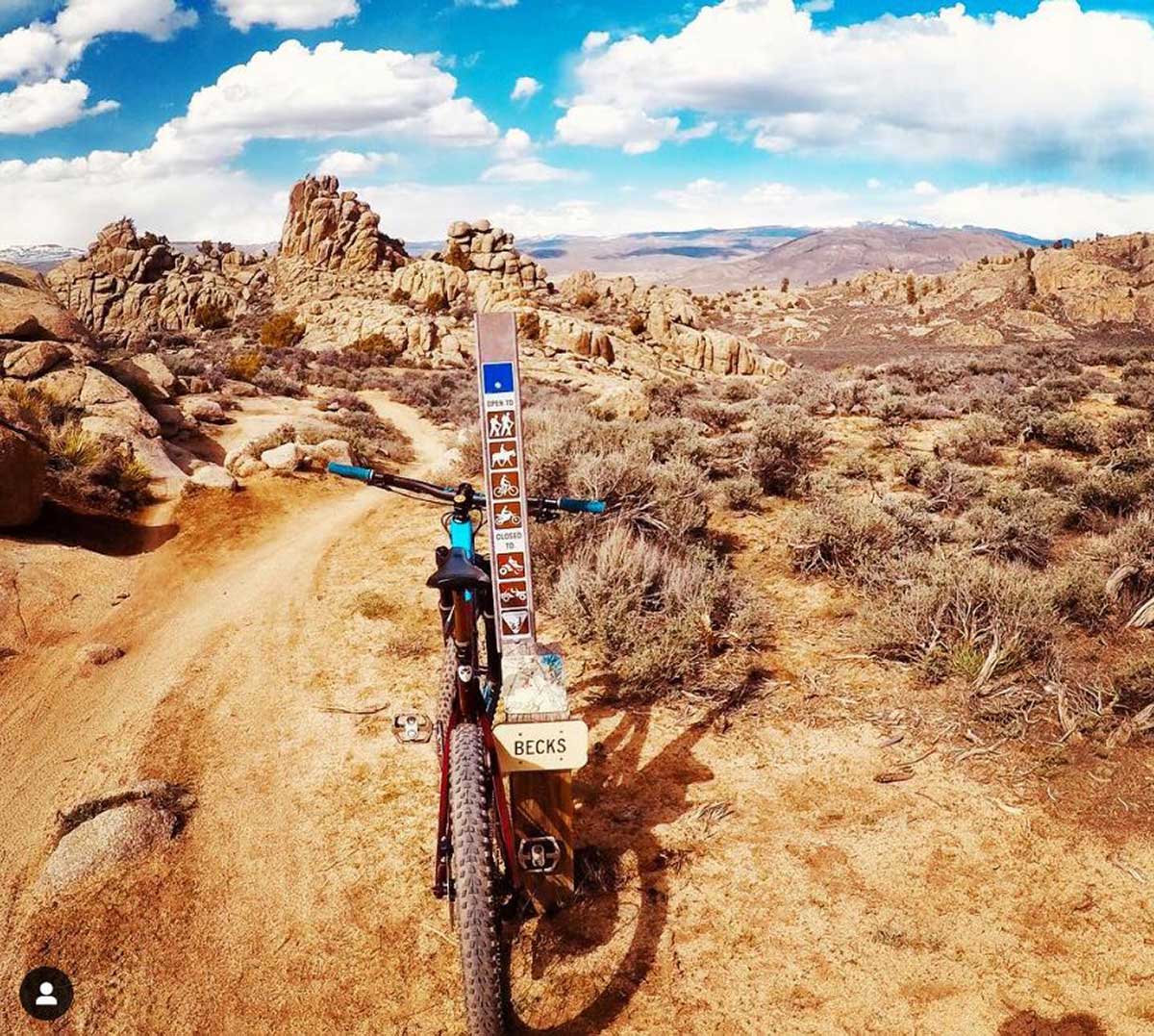 At that moment, Craig realized he had a problem that needed to be solved but it wasn’t until later that he realized many other mountain bikers share this pain as well. Now, post R&D, Craig is set to show the Hustle REM magnetic flat pedals for the first time at OR Winter, where Hustle Bike Labs have been listed as finalists for the Outdoor Retailer Innovation Awards 2020.

No word on pricing, but we’ve heard that the REM magnetic flat pedals will be shipped in Spring, and will be at Sea Otter Classic in April. Hit the link below, bash your email address into the space provided, and wait to be one of the first to hear the juicy details of the magnetic MTB pedals.

“the day he came a cropper”

Australian slang for having a crash.
Cheers.

Color me interested. I ride flats by preference, and the only nitpick I can really make is that precisely locating one’s foot while not looking is not as easy as clip-in pedals. A magnet would help me find “home” easier on flat pedals.

The only rub is that neodymium is not cheap and it is really dense and brittle. That said, I’m in.

Neodymium itself is brittle, but N52 neodymium magnets with Ni+Cu+Ni 3 layer coating are extremely durable and the coating prevents corrosion

“I personally ride flats but have often considered transitioning to clipless pedals for the improved pedalling efficiency and the fact that you no longer need to worry about where your feet are on the pedals; they’re exactly where they need to be. That is until you crash, and end up in a horrible tangled mess with your bike on top of you; it is my fear of that unfortunate event occurring that has prevented me, and many others, thus far.”

Your anti-clips argument is a good one. I would add that the sub/un-conscious reluctance to unclip can cause delays and thus issues in situations where a foot out, even just for balance, would save the day. However, your pro-clips arguments aren’t quite as good. The pedaling efficiency has been shown with empirical evidence to be pretty small for the average person. Even a pro isn’t doubling their power with clips – as proponents sometimes like to claim – they might grab 15% more with much practice and training. And the claim that clips always put you in the right place on the pedal is based on a terrible assumption: that the “correct” place for your foot never moves! That’s ridiculous for a mountain bike. It’s hugely advantageous to be able to move your foot slightly and gives better knee and hip mobility. And of course that you can smash your foot back on the pedal without clips is just huge. I don’t care how big the platform on those trail clips are, when you’re not in the alleged “perfect spot”, either the cleat or the clip mechanism will be protruding and causing mechanical interference, that’s just a fact.

Stick with flats unless you’re racing in order to be able to put food on your table. It’s way more fun!

15% increase in efficiency for clipless is HUGE. That’s 9 minutes on a 1-hour climb.

It’s 15% for pedals, which is like a fraction of all the drag You get from aerodynamics, bearings, chain etc… So think of it as 0,xx% overall…

I think people worry way too much about being able to clip out “in an emergency”. Granted, I’ve been riding lipless for like 25 years now, but I never have any trouble clipping out instantly when I need to. Maybe the clean design of the Eggbeaters I use are easier to get out of than other pedals. I will say they are a LOT easier to get out of than the Mallets. Those I do have some delay in release at times. YMMV.

right? maybe on the first week with the 737’s but now clipping out before I’m pile drives into the dirt is second nature.

I’ve never ridden lipless, but that sounds very dangerous to me. How do you keep the bugs out of your teeth? At least you’re always smiling.

Magnetic. Wait until you see how much iron based crap is everywhere on the ground. It will clog up the pedal and because the cleat will get magnatized if not already, will get even more when you put your foot down on the ground. Will fail. Has been tried before on road bikes.

Drag a magnet through sand and watch the iron filings pile up…. Imagine constantly having to wipe iron filings off of these pedals as they accumulate over time…. Total pain. Imagine the magnets in the shoes picking up iron filings with each step on bare ground and crunching under foot when you transition to floors.

I don’t regard this as a real world solution.

I love riding flats — and modern flats with decent pins are plenty good for me.

Bob, this is actually a plus for the rest of us… The fewer rusty nails, staples, sharp metal bits of all sorts, on the trails, graciously picked up by these magnets, the better!

Haha! Brilliant point! I’ve been thinking of this the wrong way!

I want these on my BMX, paired up with some magnetic pegs, to do some circus grinds

“Clipless” is a misnomer. It refers to the Neanderthal use of worthless toe clips for a time on mountain pedals. By this definition, flats are also clipless pedals. Rather, clip “in” pedals, akin to ski bindings.

It’s industry standard nomenclature, get over it.

What no one has realised so far is that you will have limited shoes that will work and all of them will be crap with flat pedals as they have a shank in the shoe. Proper flat shoes at flexible to allow your foot to flex and grip, having a stiff shoe on flats is a recipe for disaster.

As much as I like the idea of this, I have a hard time believing these magnets would provide a meaningful amount of retention force.

Mavic failed with the same idea 20 years ago!

The improved pedallng efficiency is somewhere between zero and a small negative %. There’s not one single study out there that shows clips are more efficient. They have the advantage of keeping the foot attached to the pedal, which is useful for pedalling on steep climbs or bouncy sections. That’s it.

try em. There is a reason most pedals are clipless and myth isn’t the reason.