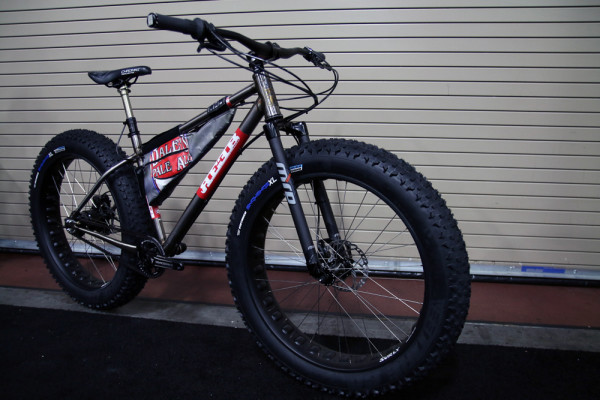 It’s a perfect time to talk about the new Reeb Donkadonk and Ventana El Gordo fat bikes. Not just because Winter is right around the corner, but also because they are both built with the new Rohloff Speedhub XL that is built for bikes with 170mm rear spacing. Previously, to get a Rohloff or any other Internal Geared Hub on a fat bike you typically had to build an offset wheel for an offset frame. Symmetric 170 builds allow for more tire clearance and stronger wheels – both great things when it comes to fat bikes. The fat hubs just showed up at Cycle Monkey headquarters and are available for purchase.

As the bike arm of one of everyone’s favorite beers in a can, Reeb Cycles builds all of their bikes in Colorado from U.S. made True Temper OX Platinum tubing for bikes that are American as Oskar Blues Beer. Reeb has offered their resident fat bike for awhile, but the latest Donkadonk offers more of a good thing… 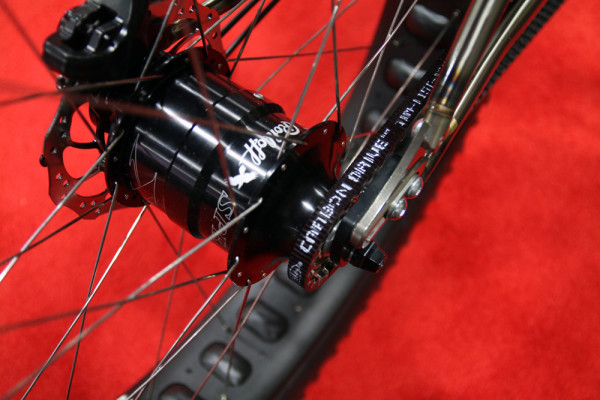 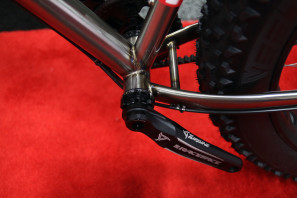 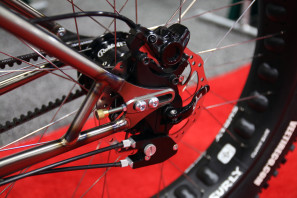 Starting with a new tubeset for the frame, the new Donkadonk has many of the same features as the original including sliding 170mm Paragon dropouts that allow easy integration of the new Rohloff Speedhub XL. Mated with a 100mm BSA bottom bracket the frame has no problem clearing 4.8″ tires on 100mm rims. The seatstay/chainstay junction is also split on the driveside allowing the use of a Gates Belt Drive. Considering most fat bike rider are going to 1x drivetrains or the IGH hub in this case, the lack of front derailleur compatibility shouldn’t be an issue. 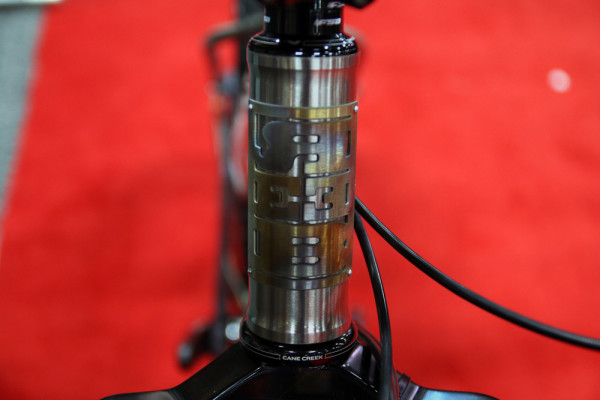 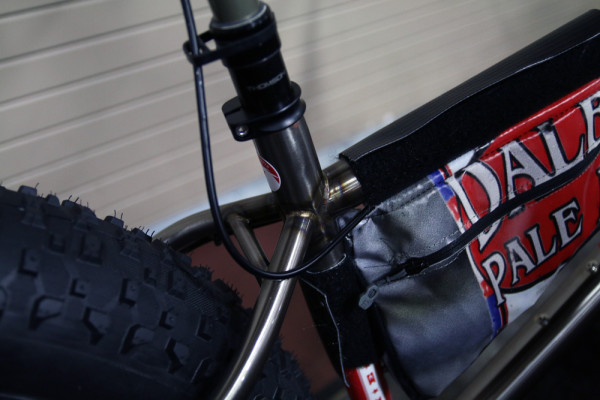 One of the biggest changes involves the switch to a 31.6mm seat tube. That may not sound like much, but for those wanting to run dropper posts and wanting the most durability, the change should be welcomed. The frame’s geometry has also been tweaked to allow the use of a 100mm RockShox Bluto fork.

Overall the changes added only 60g to the weight of the frame, but if that’s too much there will also be a Titanium version available that drops about 0.75 lbs. The Steel frame only will run $1600 with completes starting around $2800 while the made-to-order Ti frame will be around $3000. 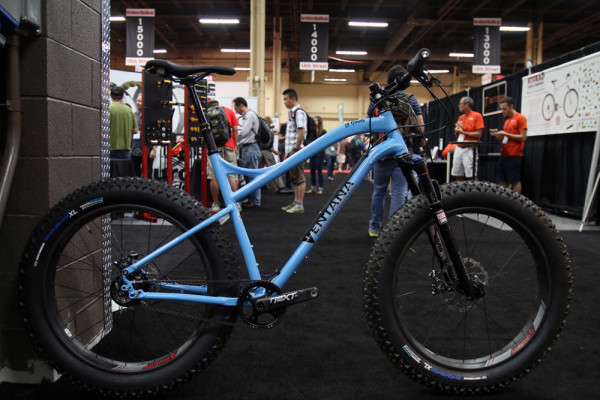 On the other side of the booth was this gargantuan Ventana El Gordo – both in tires and frame size. This is the special Cycle Monkey Edition Gordo which uses dedicated Rohloff cable routing as well as stealth dropper post routing. 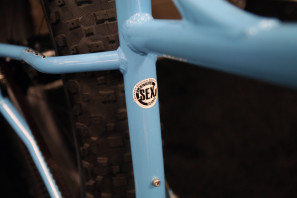 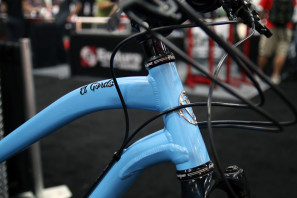 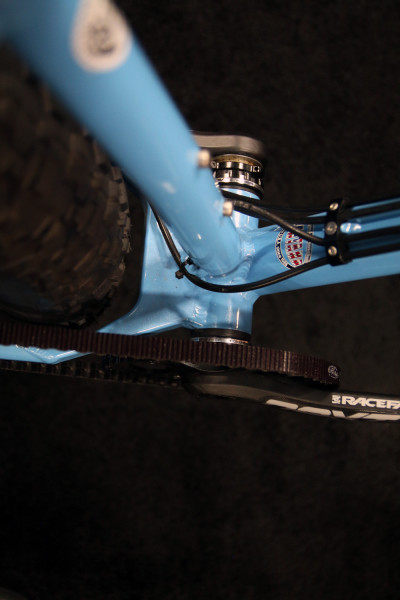 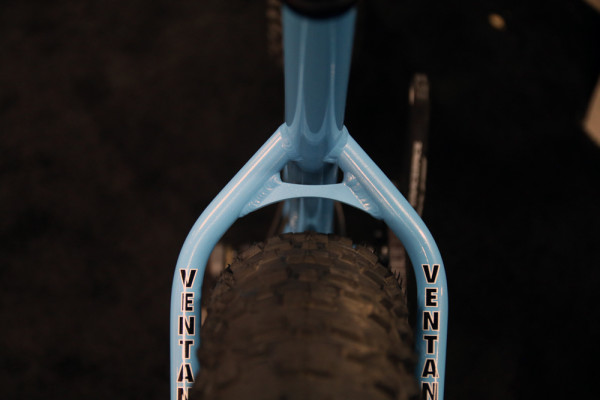 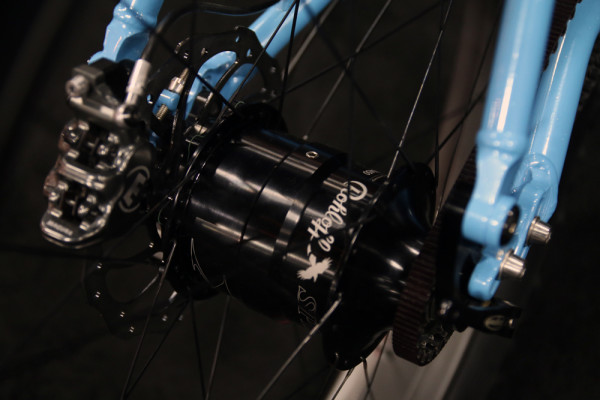 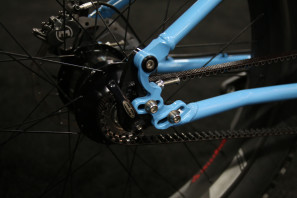 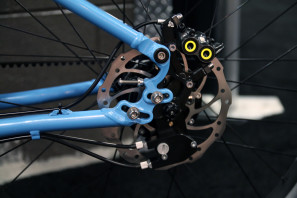 The rear end is typically a 190mm QR but thanks to the replaceable 3 bolt swinging dropout plates the frame can also accommodate 170mm hubs like the Rohloff Speedhub XL or 197×12 thru axles. Like the Reeb, a split stay design means Gates belts are still in the mix. Available in 6 stock frame sizes, the frame is also available with custom geometry and 3 levels of paint including custom options.

Standard El Gordo Rohloff XL complete builds will run $4,840 while the Cycle Monkey Signature build will come in at $5,735 (make sure to check out the Cycle Monkey page for all the build options).

Whats that condition called when you fall in love with and inanimate object?
I think I have it!

I understand completely…most porn0grafic bike ever !!!!!
Only that it should be named “La Gorda”…she’s clearly femenine !!!

Do these still freeze up? I live in the polar ice belt of the United States. Zero degrees is a good day…. I know the Rohloffs in the past have locked up even with different oil