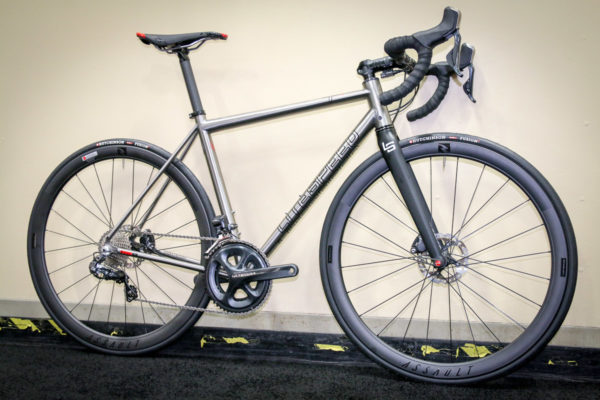 After riding one for months, I can attest that the Litespeed T3 is a great bike. Not that long after returning it to Litespeed’s new headquarters though, they’re already showing something better. In about a month, the T2 will step in as the T3’s replacement and it will be their highest performance disc road bike yet… 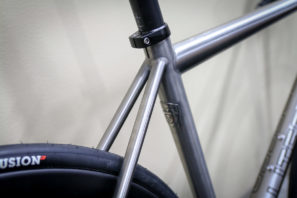 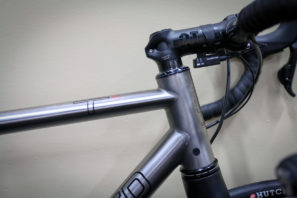 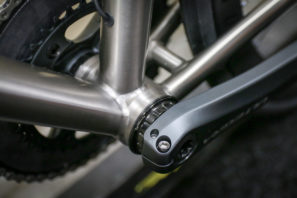 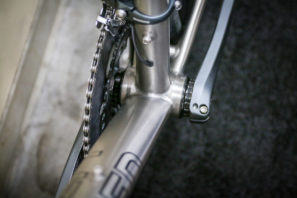 Like most of Litespeed’s models, the T2 isn’t so much of a new bike as it is a series of revisions and improvements over the previous T3. Much of those improvements come by way of the T1 SL road frame including the light weight internally and externally butted PF30 bottom bracket shell. The T2 also used more tube shaping and butting with a Zone shaped top tube and oversized downtube by the bottom bracket, both 3Al/2.5v titanium. As you can see above, there is also a Di2 specific frame available which eliminates all of the cable stops in favor of internal routing for wires and batteries. 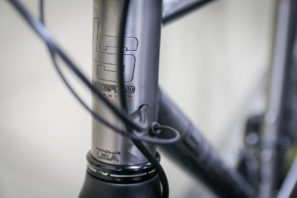 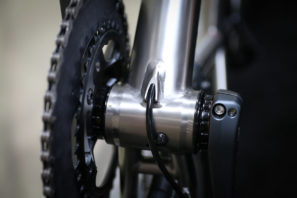 The frame also tucks the rear brake hose into the head tube, exiting just in front of the bottom bracket and continues along the chain stay to the rear brake. Like the T1 SL, the T2 eliminates a bit of weight and adds to the look with an engraved head tube badge. 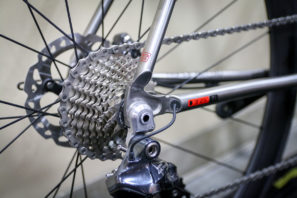 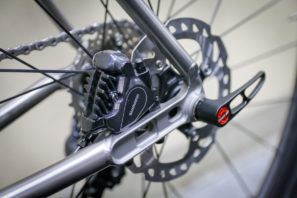 One of the biggest changes to the T2 is the introduction of a 142 x 12mm rear thru axle. Given that this frame is disc specific, the introduction of the thru axle is welcomed, and it allowed Litespeed to eliminate the brake bridge on the seat stays for improved compliance out of the stays for a better ride. The T2 also uses thinner chain stay profiles which should improve tire clearance. Litespeed is calling it clearance for 28mm tires, but depending on the set up, bigger may be possible. Flat mount disc brakes carry over from the T3, both front and rear.

All told, the T2 should possess a higher stiffness to weight ratio than the T3, while only adding $100 to the price. Offered in 6 size specific tubing frame sizes, the frame will sell for $3000, with Ultegra builds starting at $5850 and Ultegra Di2 builds at $6500. Available in a month.