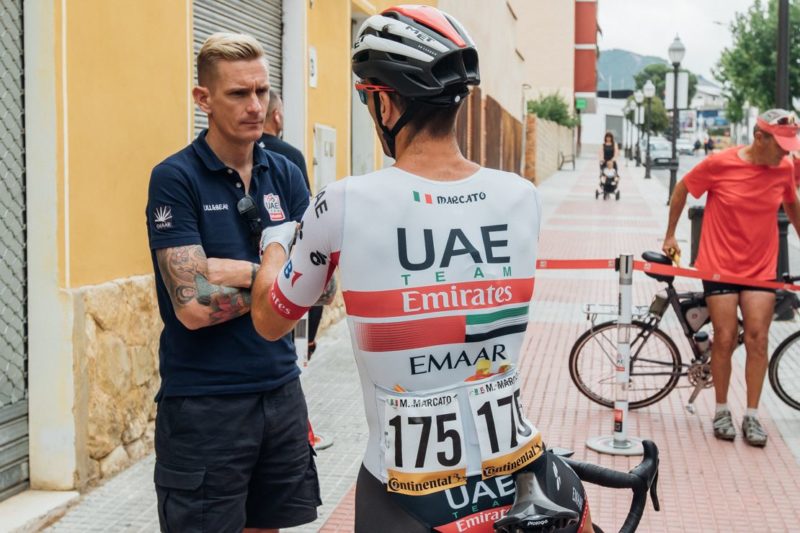 Tadej Pogačar holds a commanding lead in the 2021 Tour de France in the final few days of racing, and winning again would give him two consecutive victories in the biggest road cycling race in the world. Pogačar rides for the UAE Team Emirates squad, and as a team at the pinnacle of pro cycling, they have a staff of professionals responsible for rider performance.

John Wakefield, owner of Science2Sport, a coaching and physiological testing service, is one of these pivotal staff members. He holds many titles: Performance Coordinator, Performance Coach, and finally Sporting Director. As a result, Wakefield has an inside and comprehensive look at all the things required at the WorldTour level.

I met Wakefield in the motorsports world, as we were both training and testing motocross and supercross riders at the elite amateur and professional levels. He was kind enough to grant me this interview during what had to be a hectic time in the middle of the 2021 Tour de France. 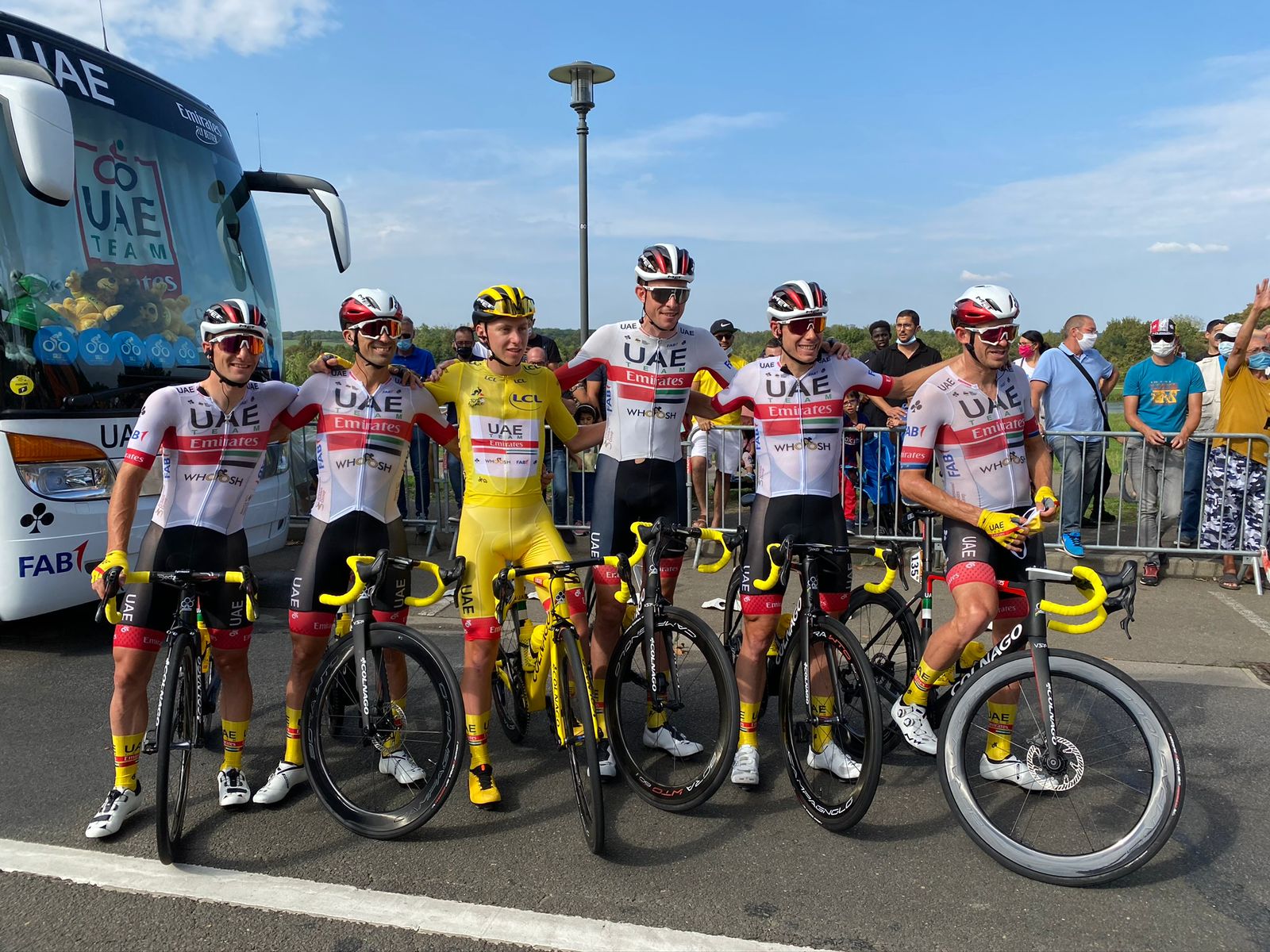 Seiji Ishii: You have a dream job in the eyes of cycling fans – how did this enviable position come to be? I know you worked with cyclists in the past, but it’s quite the jump from amateurs to a winning Tour de France team.

John Wakefield: I was in Girona, Spain, looking to expand my business from Cape Town, South Africa, to Europe. My business partner received a phone call from the team regarding a Head of Medical position. There was a lot of back and forth with the team, and another WorldTour team was also considering me. Things were quiet for a while, but I got a call requesting a meeting in Abu Dhabi in two days. I only had time to iron a shirt and jump on a plane. It was a hectic two days, but I didn’t have an offer as I got on the plane to return home. I figured I didn’t make the cut. But in the middle of the flight, I got an offer, and here we are.

SI: Briefly describe the life of a Tour de France performance coach during the Tour. What are your daily responsibilities, and what things happen behind the scenes that a cycling fan would find interesting?

JW: It varies; the daily jobs include things as easy as making sure all the power meters and corresponding head units are working well and calibrated correctly. Then making sure all files are uploaded post-stage.

I also provide information that may affect rider performance to the Sports Directors. This task could be as simple as driving ahead of the race and relaying information about dangers on the road, wind direction, weather, road surface, etc.

Last year I implemented a system to track rider fatigue. I created a document that outlines specific fatigue-related parameters from their race data and subjective markers from each rider. This report goes to the Head Director of Sport, Allan Peiper, to help with tactical decisions for future stages of the Tour de France. Deciding which riders rest in the group and which riders perform specific roles each day is data-driven.

I also can act as a go-between between riders and mechanics, and sporting directors. Sometimes performance requirements between riders and the rest of the staff aren’t precise, so it can be my job to put messaging in contexts that are easier to understand, which makes the Tour better for the whole organization.

SI: How much does the typical pro rider eat per day in the Tour de France? What does breakfast look like, what do they eat on the road during a stage, and what does dinner look like?

On the road: gels, bars, drink mixes that average around 90 grams of carbohydrate an hour.

SI: How much does the average rider sleep per night during a stage race? And what steps does your team make to optimize this sleep? I’ve heard some teams bring their mattresses, pillows, etc.

JW: We encourage at least eight hours of sleep per night, ten hours if possible. But with long transfers after the stage, sometimes this isn’t possible, and riders get shortchanged on recovery. This lack of sleep can negatively affect performance a week later, which is detrimental during a three-week race.

We enforce strict protocols regarding sleep and recovery:

Additionally, each rider does have their mattress and pillows that travel with the team, and we sanitize them daily. Having their familiar bedding helps ensure a more comfortable sleep, and the sanitizing program aids hygiene and wellness.

SI: A stage typically takes 4 to 5 hours per day. What do the riders do during the rest of their waking hours?

JW: The post-stage transfers can be quick, but sometimes they can be 500 km. But once they get to the hotel, the riders do as little as possible. The key activities are massage, eating, media interviews, and, most importantly, sleep. 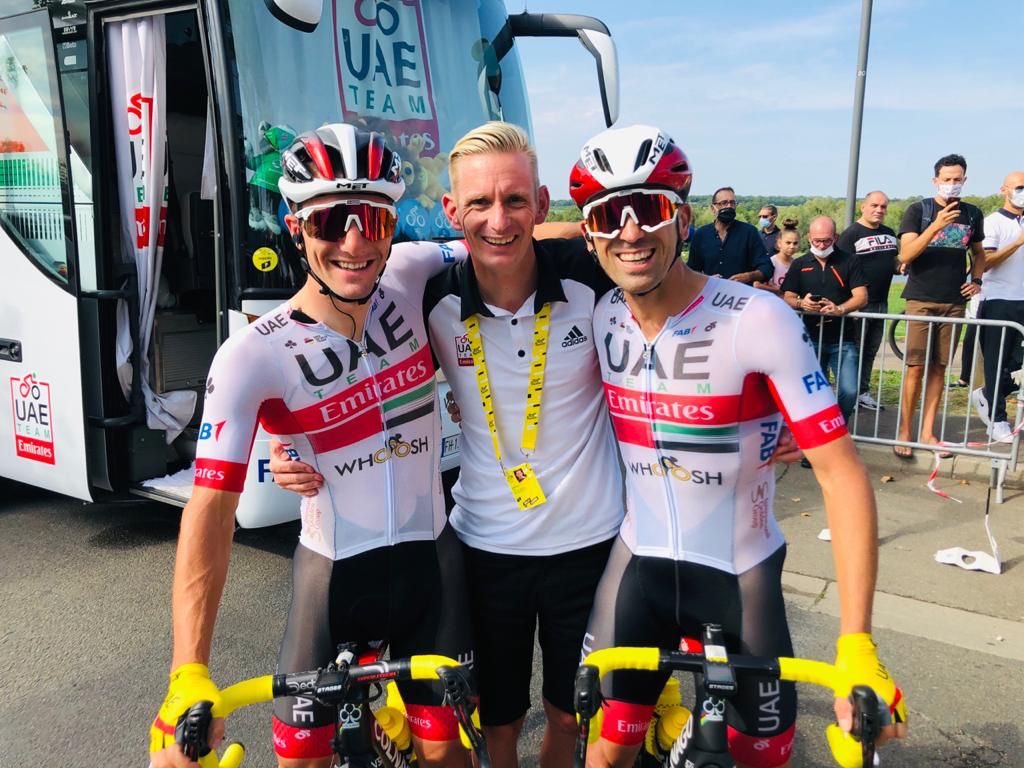 SI: Team strategy is hard to understand for the casual observer or recreational cyclist. Any pointers or comments you can provide to help fans understand what they see during race coverage?

JW: The bulk of the strategy hinges on team goals and objectives. For example, a minor team with no chance of winning or placing high overall will go into the Tour with two objectives: get into every breakaway and get exposure for team sponsors, and, more importantly, win a stage. So, you will always see these teams daily in breakaways going all out. The fan may wonder why, but if they win a stage, that is as big to them as Pogačar winning for us.

A team with ambitions in the General Classification (the overall GC) will send a rider or two up the road on mountain stages. This tactic allows the GC rider to have help later in the day on critical parts of the stage or in the closing kilometers. The GC rider can jump out of their group and bridge to the breakaway. Then, they will have two teammates to pull and gain time on the GC rivals.

If it’s a sprint team like Cavendish’s, and the stage is too hilly or too challenging otherwise for him to contest the intermediate sprints, they will send a rider up the road to compete in those sprints. This strategy takes points away from green jersey (sprint competition) rivals.

The worst-case for a team is that nobody is in the break and no notable accomplishments in the Tour. The team manager may make the team sit on the front all day and pull as punishment! 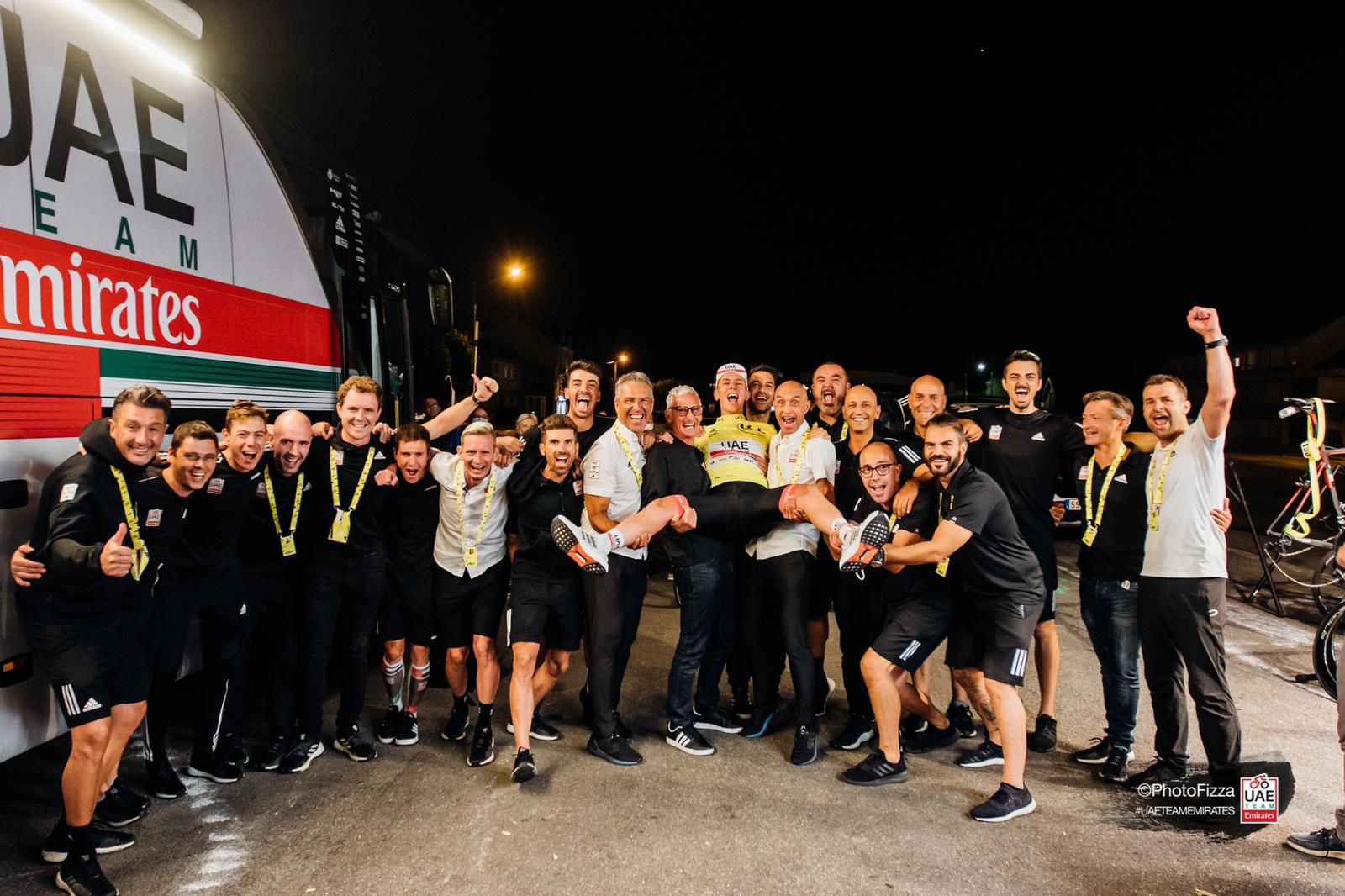 SI: How many staff members does a team like yours have, and how many of those go to the Grand Tours (Tour of Italy, Tour de France, Tour of Spain)?

JW: At this year’s Tour, there are rules due to COVID, so the “bubble” is limited to 30: eight riders and 22 staff members.

SI: How is it that every team seems to have a yellow bike/helmet/kit/etc. at the ready when their guy takes over the lead of the race?

JW: ASO (the race promoter) has a kit ready in all sizes and uses a sublimation system to apply team logos. Then behind the presentation stage, they hand you a bag with everything in it.

Our team kit sponsor is Gobik, and we benefit from them being able to provide us with the required kit ahead of time or even at that minute.

The team has to sort the bikes. Sometimes we just apply colored tape or dots, like the red polka dots on the KOM (King of Mountain) jersey. In some cases, the team prepares bikes and kits in advance, so they are on standby. And sometimes, we will build a bike for the next day or is driven overnight to us. That is the power of the yellow jersey; it makes so many things possible.

SI: Your guy Pogačar is currently leading. Is this more or less stressful for your team? It is different this year because of the expectations after last year’s win.

JW: There was only one goal this year, and that was to win again with Pogačar. Stress is stress at the Tour de France; you can’t explain it; you have to be there. I can’t say if it’s more or less stressful if you are in yellow or not. Each comes with its variables, but it is great to be in the lead on GC and sitting in yellow on the rest day (Monday was the second rest day of the Tour). There are still a few days left, and anything can happen as we have seen, but it’s terrific to be in our position right now.

SI: One thing they like to show on TV here is riders drinking wine at dinner. I’ve always wondered if that was for real.

JW: Hmmm. Not really. I’ve seen riders do it on some other teams, but in general, we don’t. If we win a stage, there is always a celebration at dinner, one glass of wine.

Our team is so young that many aren’t legal to drink alcohol lol (Pogačar was only 21 when he won last year, making him the second-youngest ever to win the Tour de France).

SI: Thanks, John, and all my best for these last few days of the race. I’m so glad to see your successes, and all of us at Bike Rumor will be cheering for Pogačar.

how much money did UAE “donate” to ASO to allow TP to “win”?

Have you even watched the race? I’m no fan of UAE the country, but give me a break.

Maybe as much as Team Sky did for Froome? Or DQS for Cav?

Let turn the TdF back into a bicycle race, bye team radios.
Riders would have race radio for safety info.
Team cars, yes or no ?
Unlimited supply of CO2 carts from neutral support cars ?
Double espressos at the bottom climbs ?
Put Lon Haldeman in charge of rules ?

Awesome work John, keep the flag flying for us back home

Awesome work John, Jeroen and the team at science2sport