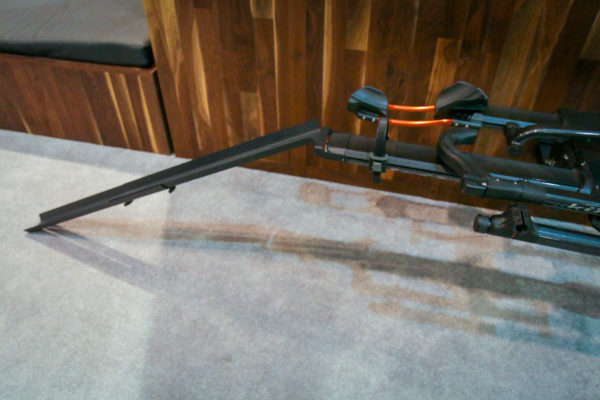 While many bikes continue to get lighter, there are some (*cough* e-bikes) that are quite heavy. But even without the addition of a motor and battery, some riders struggle to get their bikes onto a bike rack regardless of how heavy it is. That is why Kuat has been working on a new ramp concept to make loading easier than ever. 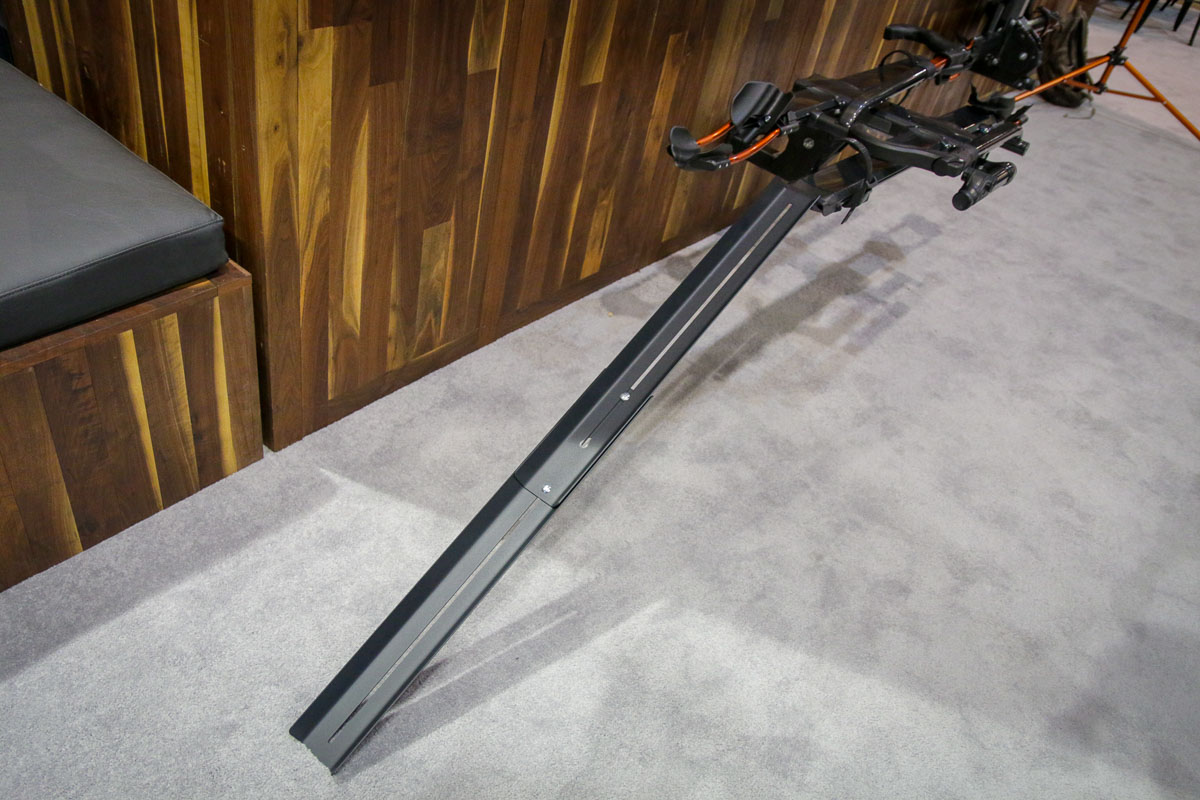 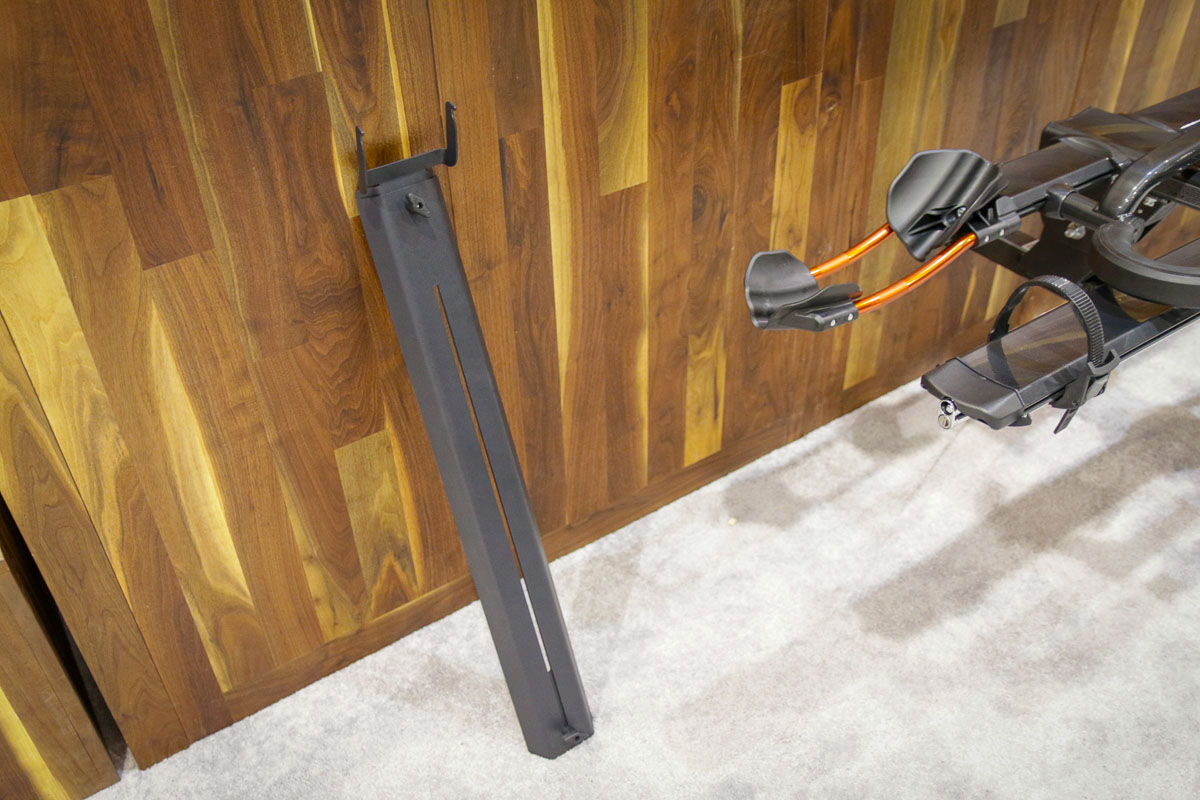 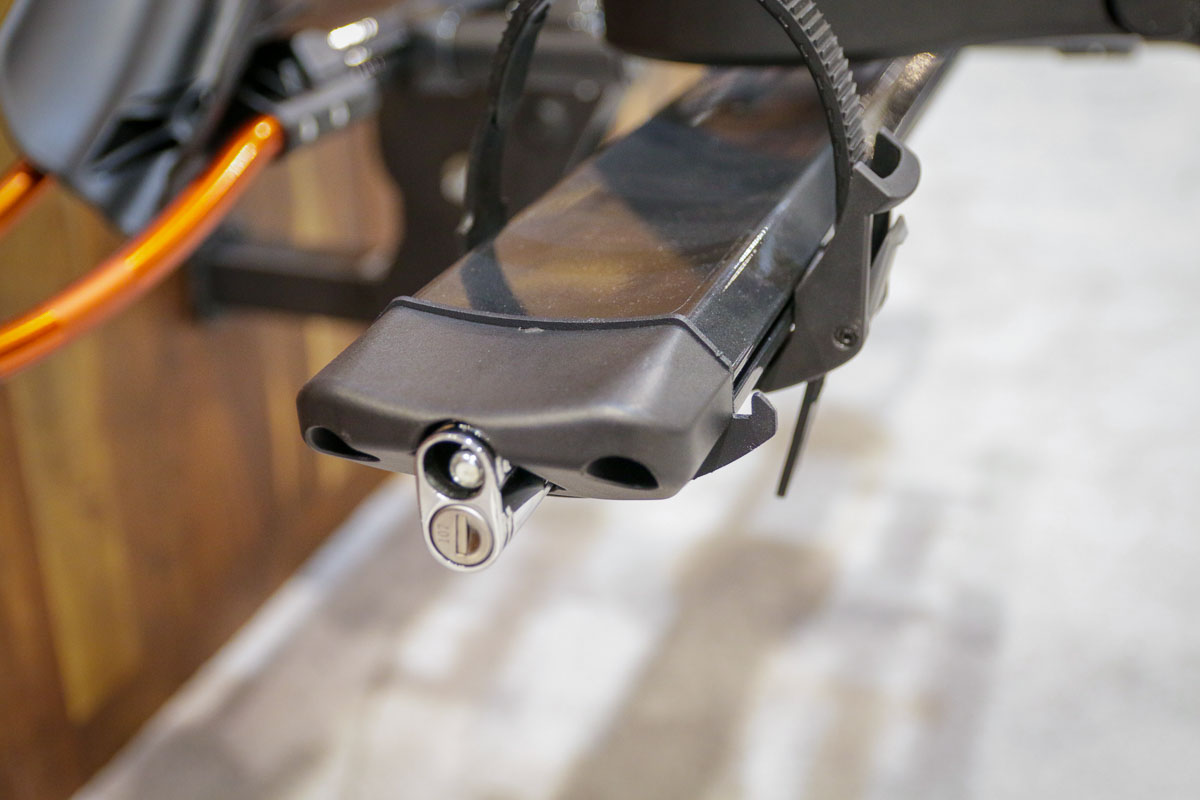 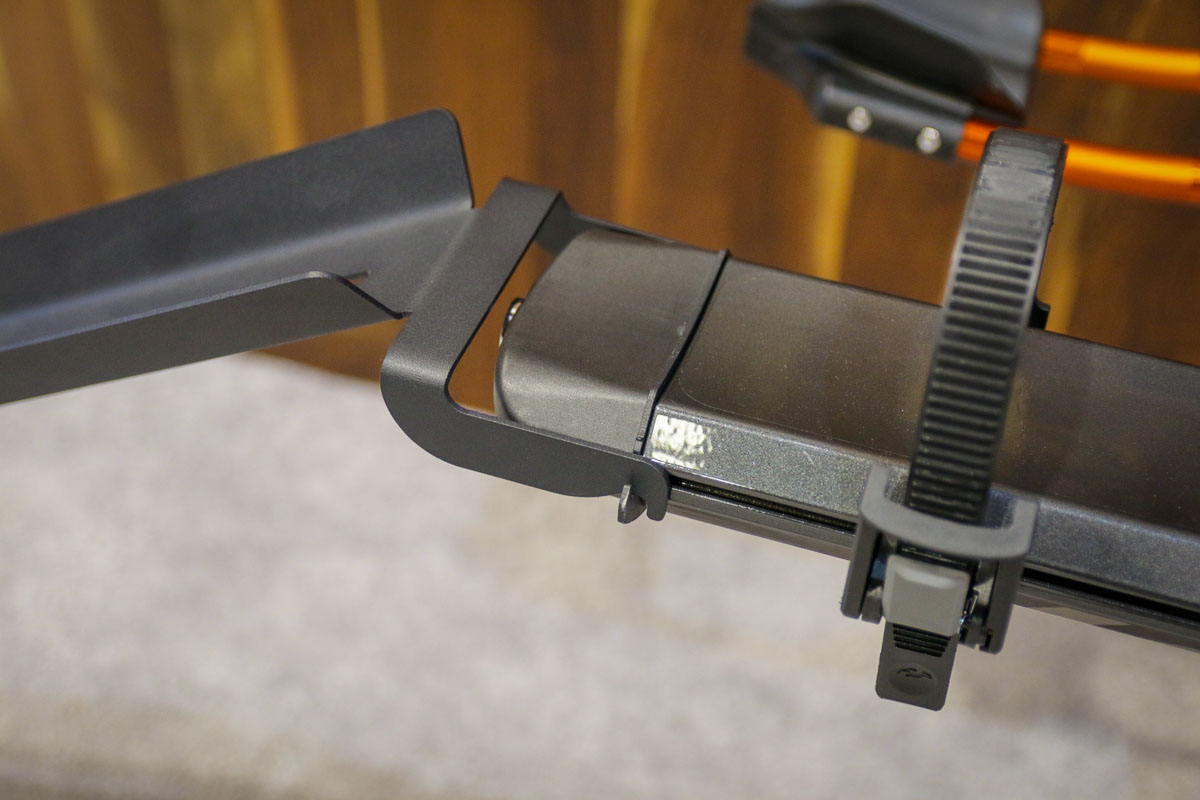 To make that a reality, the Kuat ramp uses hooked inserts that bolt between the main part of the rack and the end cap. That provides a perch for the matching hooks on the ramp for a quick mounting process. While not in use, the ramp would collapse and be stored in your vehicle. And since the ramp is so quickly and easily installed and removed, you would only need one ramp for up to four bikes on the NV 2.0.

It’s important to note that this is still just a concept, but if it happens we might see this as early as 2019. As mentioned, this would make it easier to load any bike, not just an e-bike so we could see it as a popular accessory for a number of users. 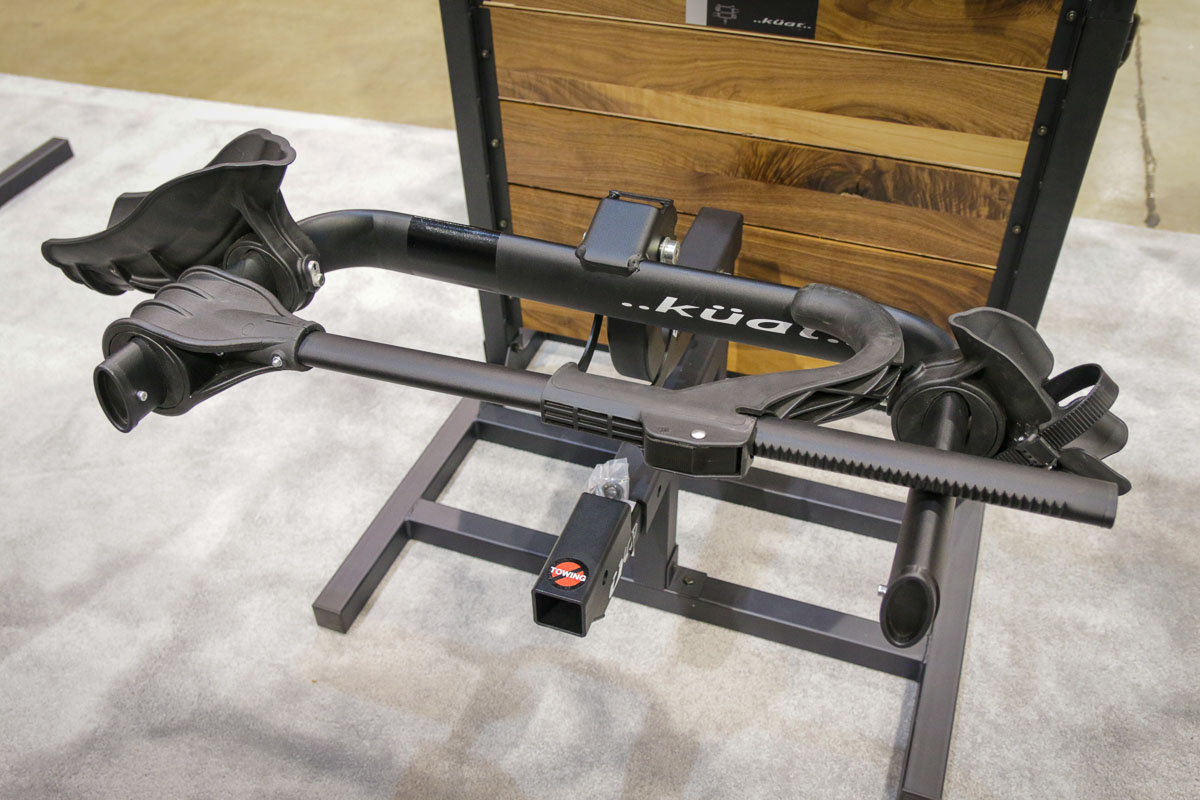 For something new that isn’t a concept, check out the new Transfer 1. Previously, the Transfer has been available for 2 or 3 bike applications, but for those who want the compact form of a single bike rack, here it is. Why would you want just a single bike rack? For starters, it’s lighter. But also doesn’t stick out as far from the vehicle, and also won’t obstruct your view when folded up. However, if you buy the one bike version and decide later you want more, there will be a one bike add-on for the possibility of carrying two bikes. 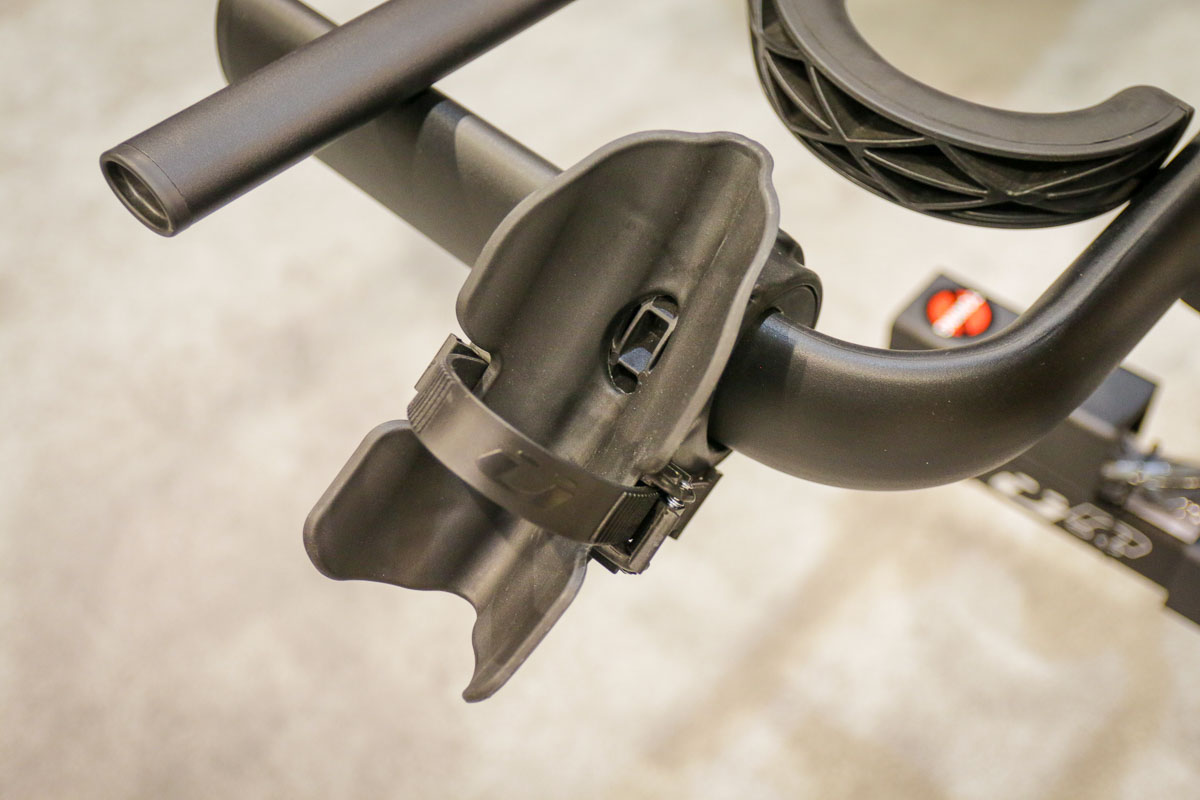 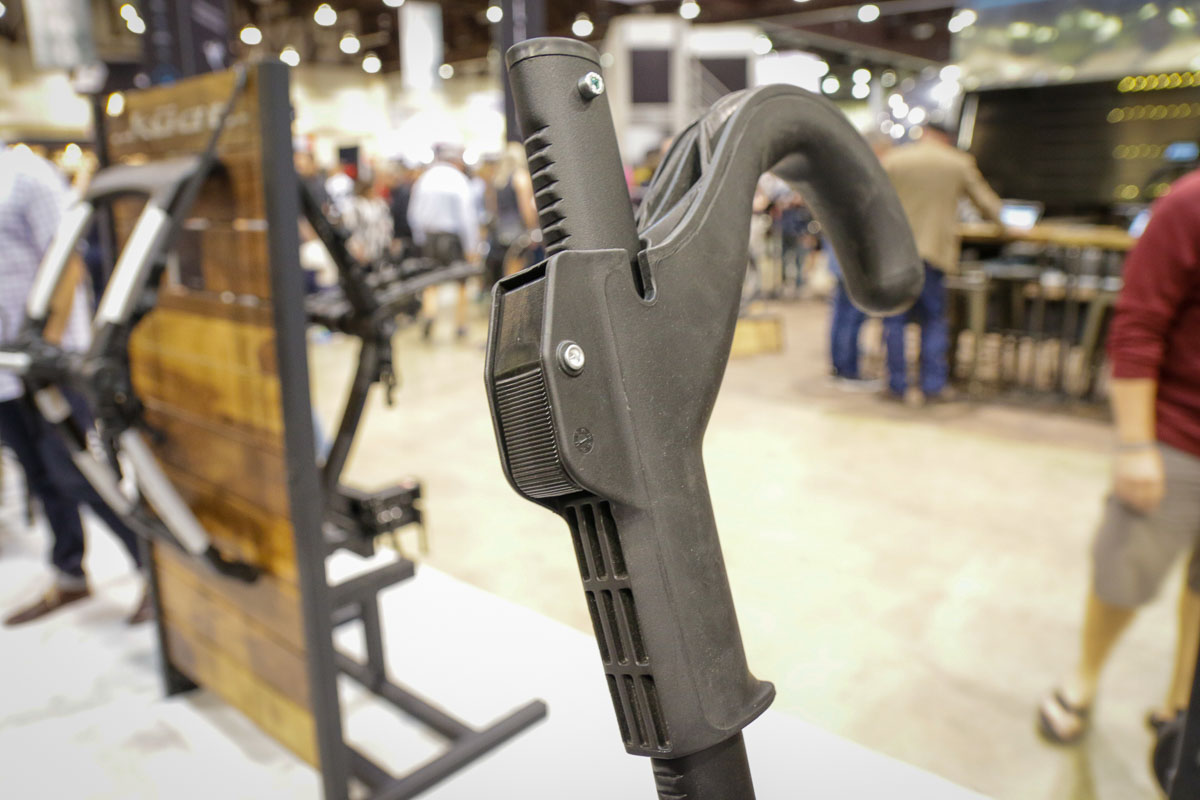 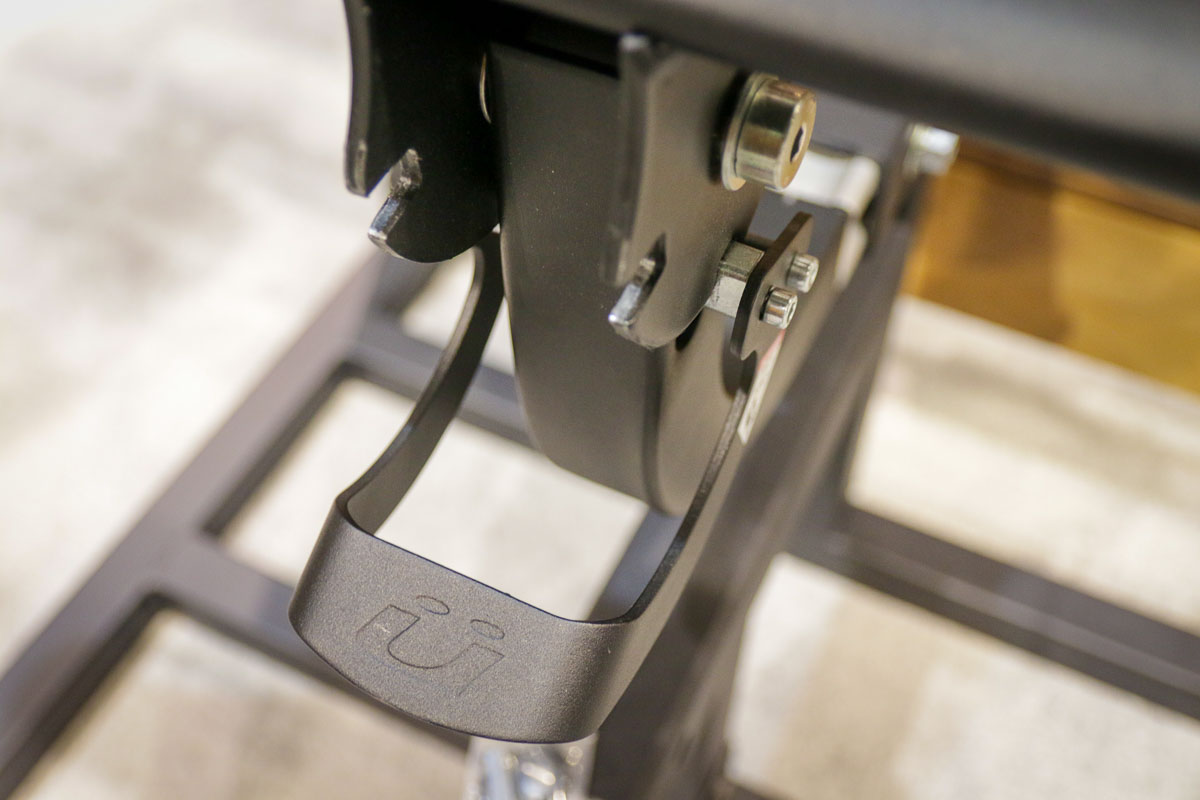 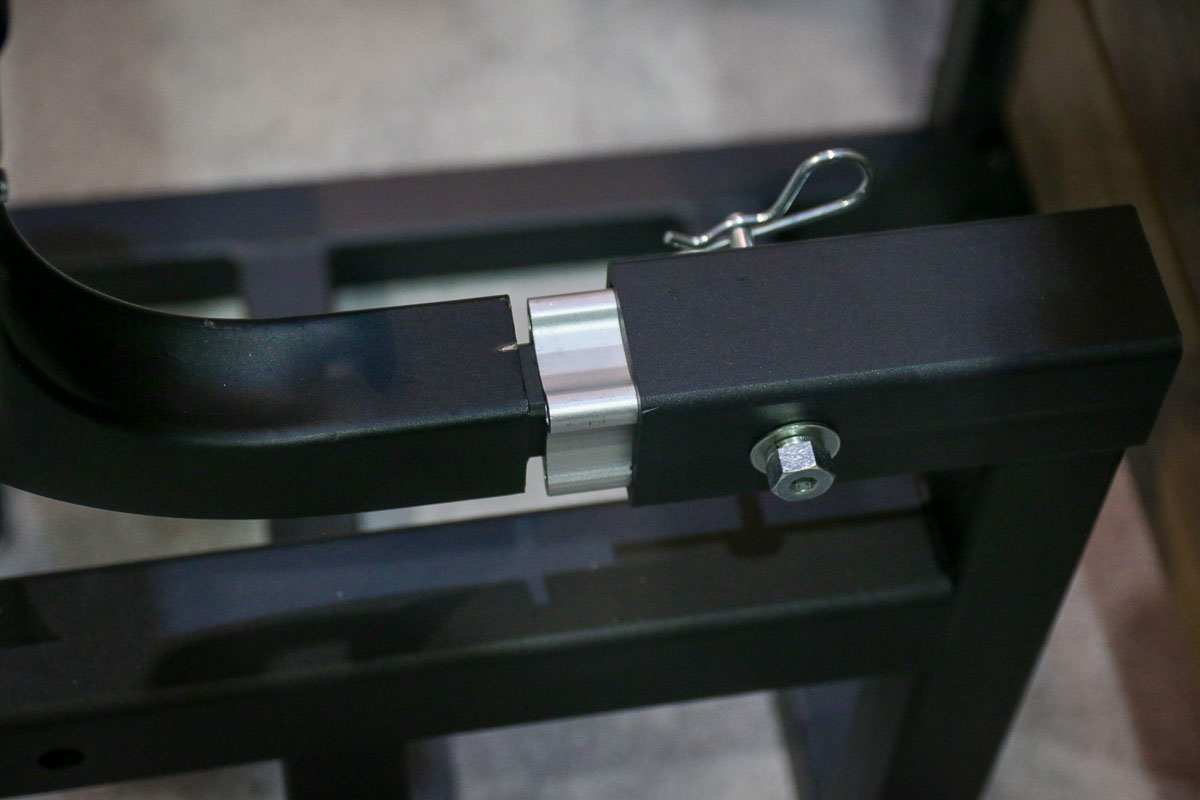 Otherwise, the Transfer is the same rack with a ratcheting hook for the front wheel, tray with ratchet strap for the rear wheel, and a quick release foot lever to fold up or drop the rack. Built from steel, the rack is sold as a 1 1/4″ and includes a 2″ adapter to fit both hitch sizes. Single bike racks will sell for $219, and an additional bike add-on will be $109. Fat bike kits are also available for purchase.