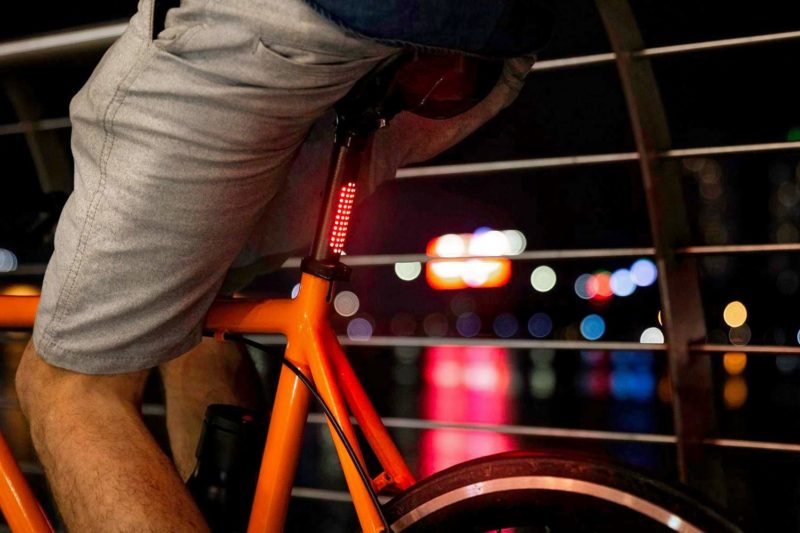 Bekan is a smart, integrated rear brake light for your bike, tucked neatly into an otherwise conventional round aluminum seatpost. Developed by Modmo to seamlessly and easily improved nighttime visibility and add smart connected tech to almost any bike, the new rechargeable seatpost-based Bekan is simply a better blinkie light for your commuter bike.

Modmo is a young urban bike & lifestyle tech startup created a couple years ago, still in early development on an urban bike alternative to cars – their name portmanteau-ing modular mobility. 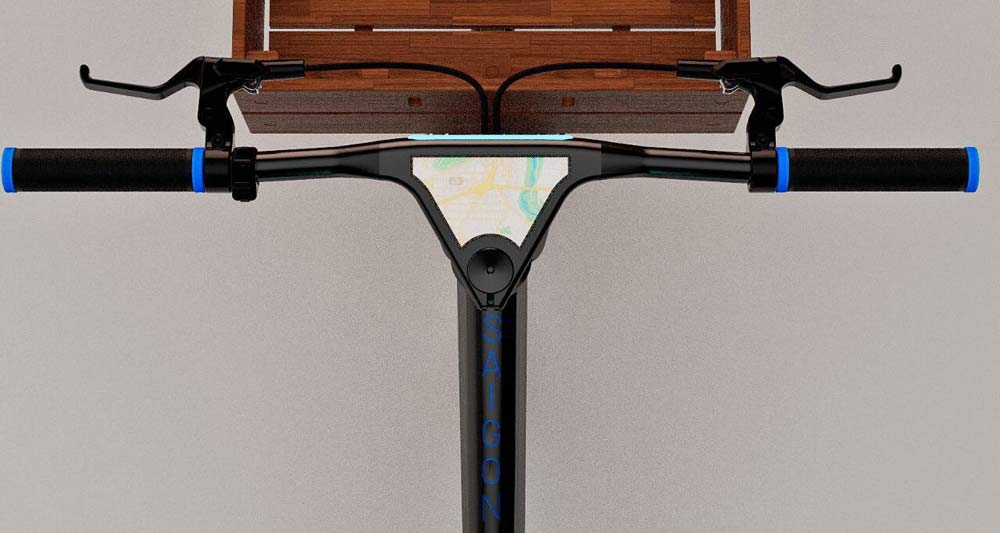 While that Saigon e-bike concept is still in development, some of its the integrated technology found its way into this new smart seatpost light – the Bekan (pronounced Beacon). 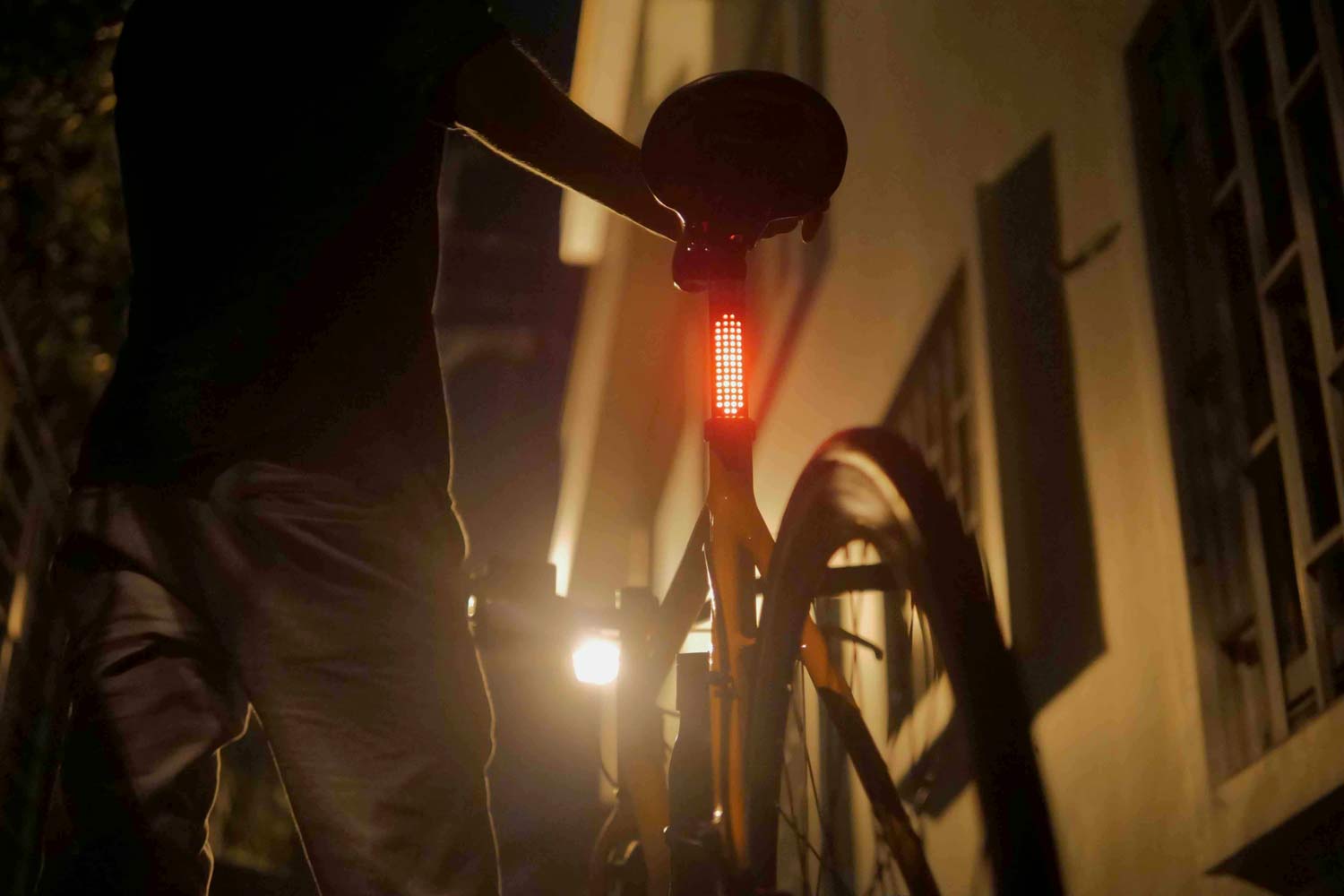 They weren’t happy with most bicycle lights on the market, so Modmo set about redesigning an easily integrated light that wouldn’t be as easy to steal 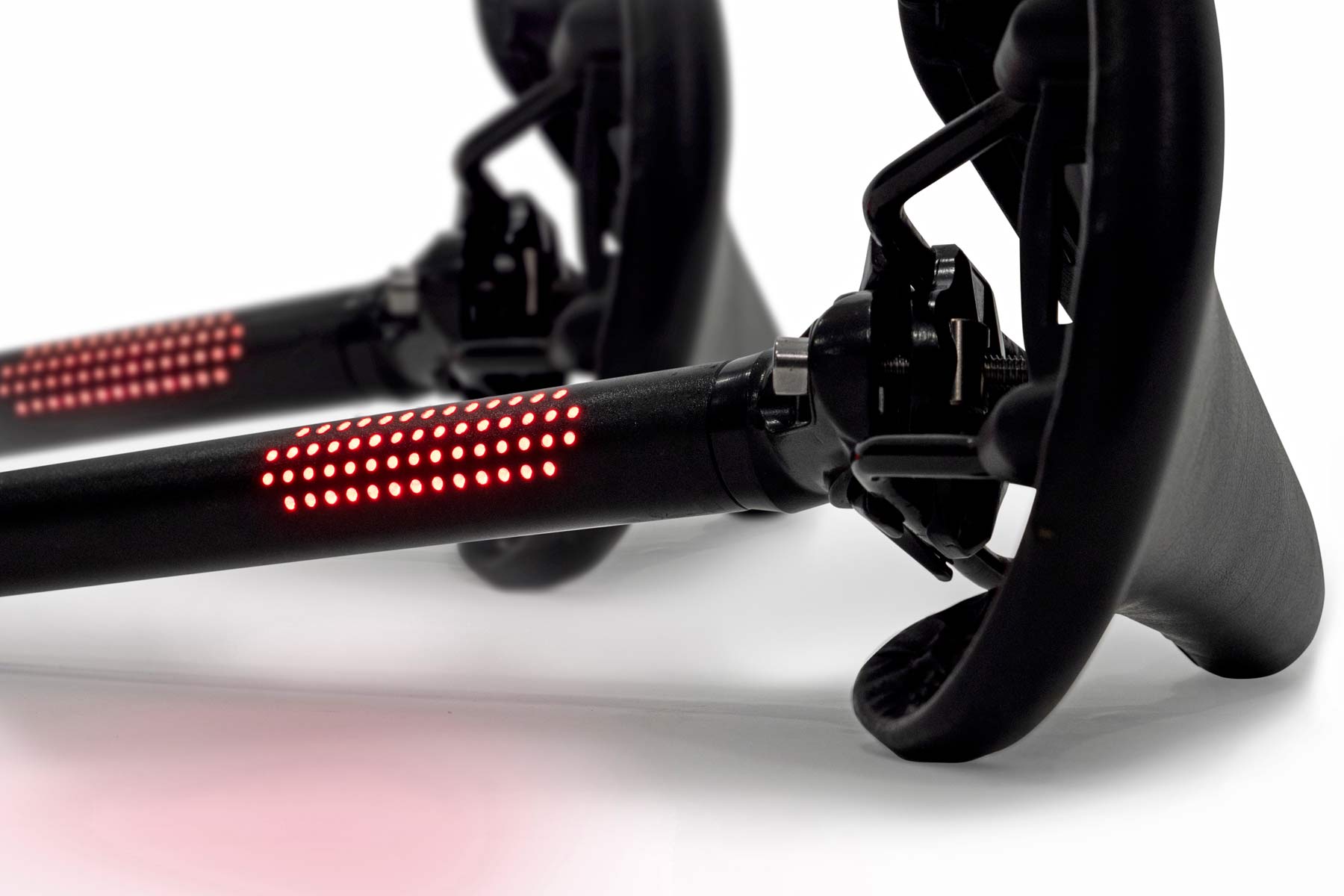 The heart of the Bekan is the ‘Matrix Beam’ lighting pattern spreading light in 180° thanks to precision CNC-drilled 2mm holes in the reinforced alloy seatpost body. They say the simple hole pattern makes it almost invisible when not illuminated, for a low-key theft deterrent. Of course, a security seatpost clamp will also keep it from growing legs & walking away when you park your bike. 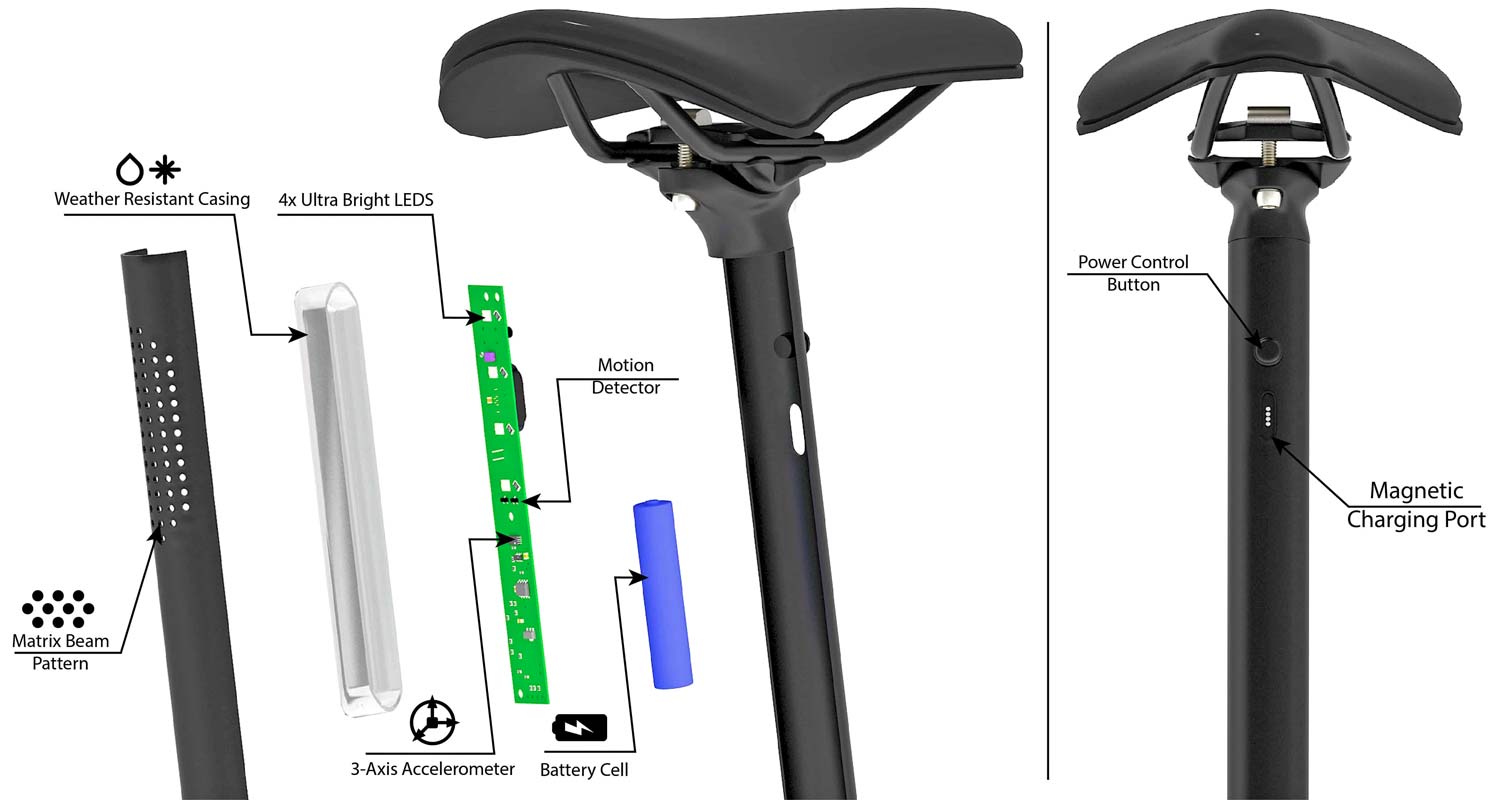 Inside, an array of more than twenty chip-on-board LEDs on the custom circuit board output 150 lumens to make sure you are seen. Modmo has not had it independently tested yet so they anticipate a real light output of >100lumens on the bike.

With a single on/off switch, besides several simple flashing modes, the Bekan uses an on-board accelerometer to control its brake light function. It also includes a motion sensor for smart battery management, automatically turning on when you ride & off after 3 minutes standing still. 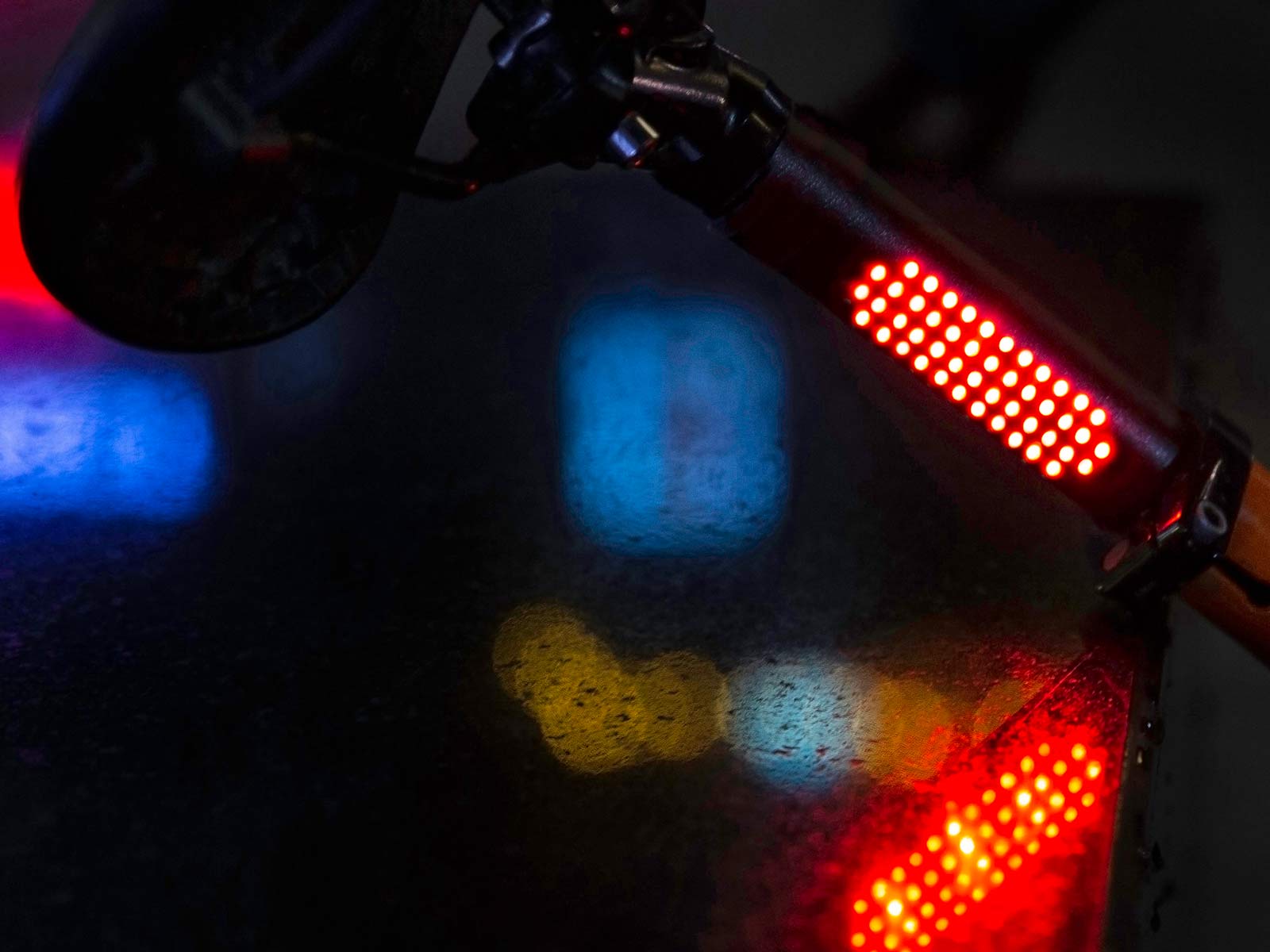 The seatpost light has a built-in rechargeable battery (with up to 20hr runtime), using a magnetic cable connection for charging, as well as firmware updates. All the electronics are then enclosed in a weatherproof housing so you can ride rain or shine. 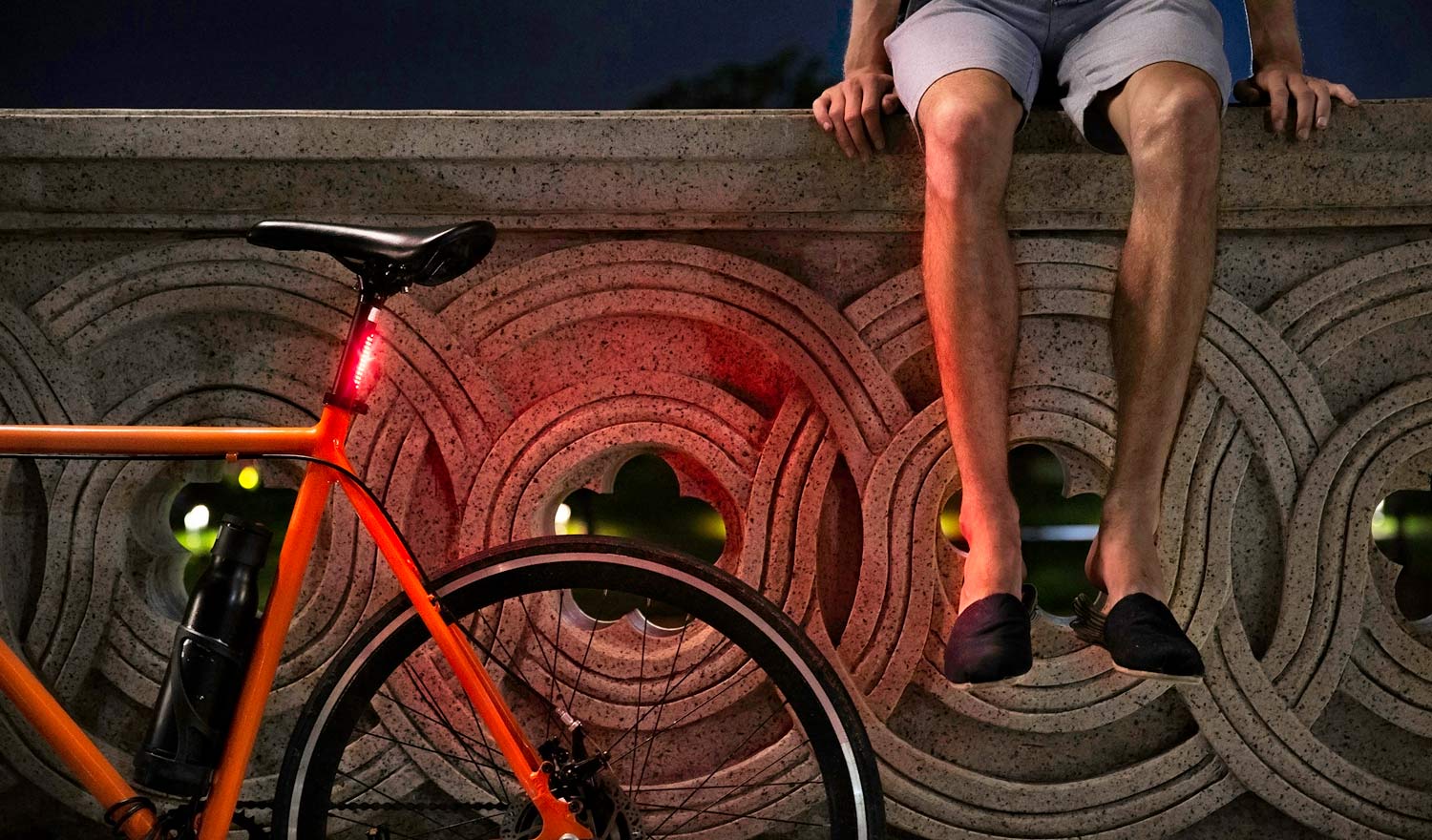 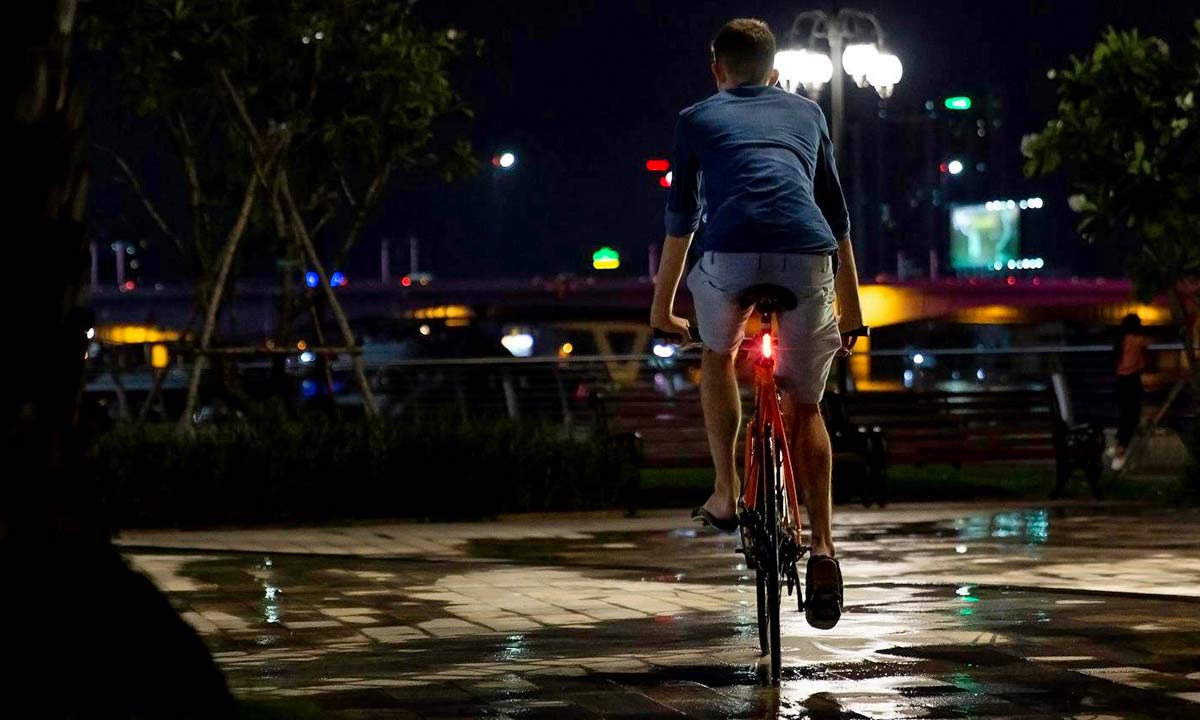 The Bekan post is being crowdfunded now on Indiegogo, with posts available from 47€ and delivery dates anticipated for April 2020. Although Modmo was originally founded in Ireland, their design & engineering team is now entirely based in Vietnam where the Bekan is being produced. Besides buying one to put in your own bike, a partnership with e-bike company Analog Motion means Bekan posts are expected to start showing up as OEM spec for some urban bikes as well.