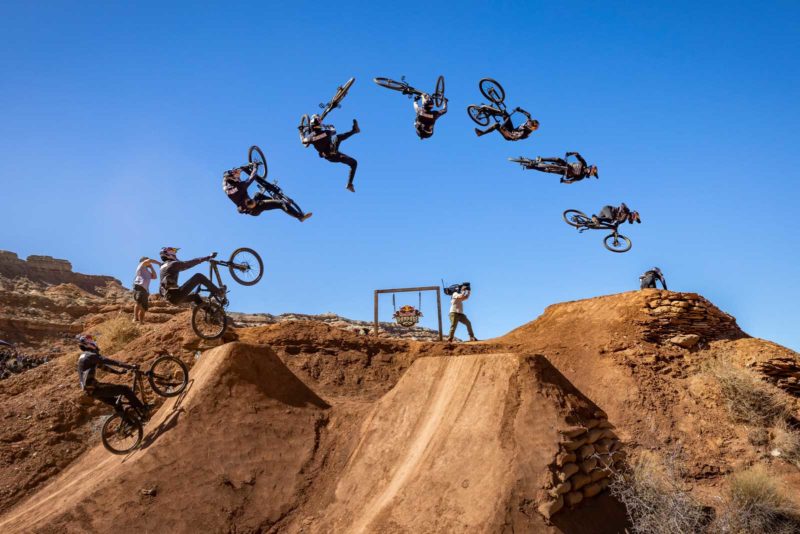 Brandon Semenuk has made Red Bull Rampage history once again, becoming the first-ever four-time winner of the infamous freeride event. Aboard his Trek Session Park freeride bike with a 190mm travel single-crown RockShox ZEB fork, Semenuk cranked out some incredible tricks including a tail whip off a flat drop, and a back flip tail whip. Yeah, that’s a tail whip while doing a back flip at the same time. Watch his winning run, as well as the runs of 2nd place Kurt Sorge and 3rd place Reed Boggs’ right here. 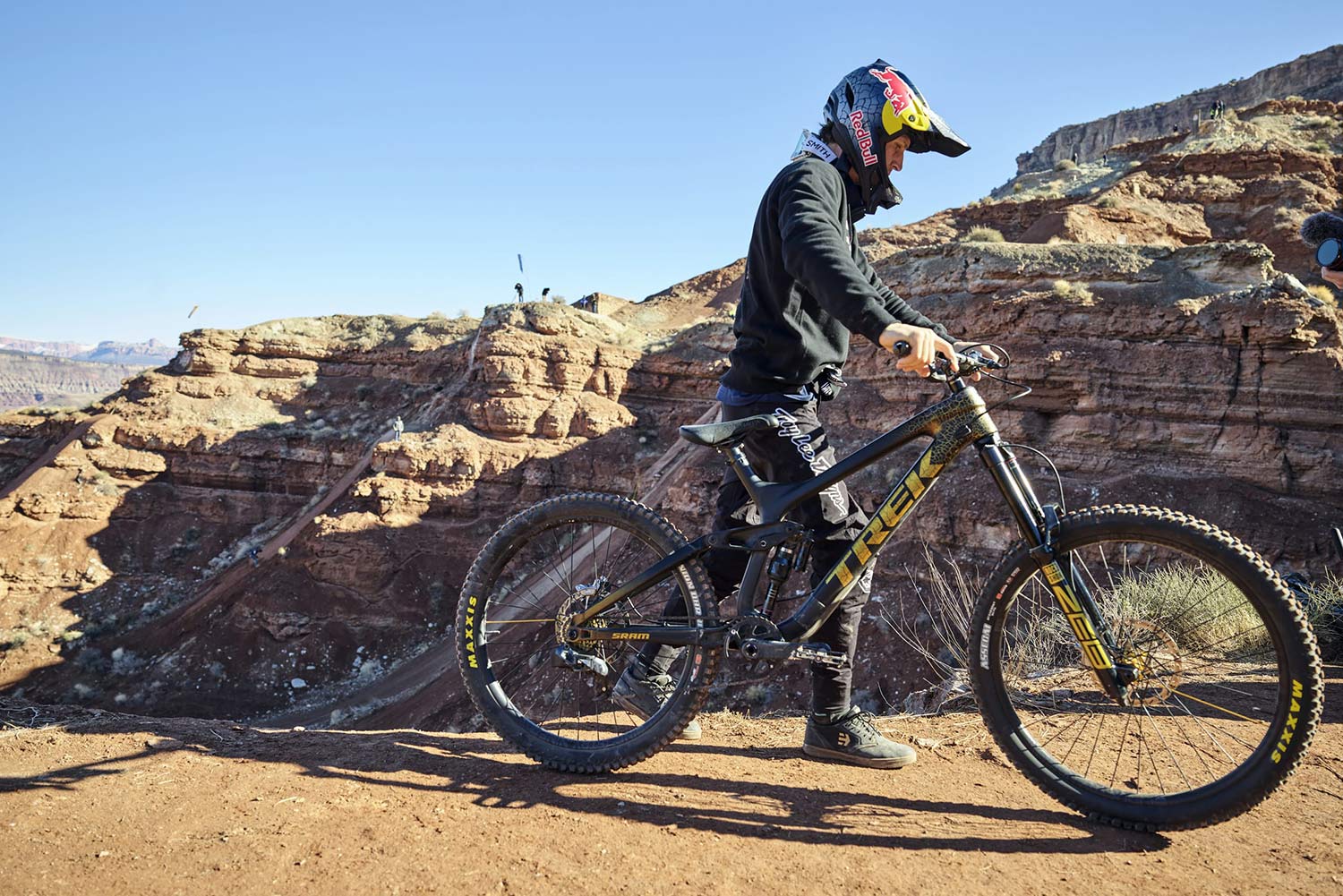 Brandon’s shorter-travel freeride version Session runs an almost retro mullet setup, with a 27.5″ wheel up front and a 26″ wheel out back. He orients the flip-chip in the high position to account for the lower bottom bracket height caused by that smaller rear wheel.

It’s an interesting bike you may have missed when it debuted 7 years ago. It’s not quite the same as the classic DH Session, swapping in an alloy rear end and 10mm less travel than the downhill race bike. You can check out Brandon Semenuk’s bike setup, along with 12 other freeride bikes from this year’s event here in our Mega Rampage Pro Bike Check.

Brandon Semenuk made Red Bull Rampage history on Friday when he edged out three-time champion Kurt Sorge to claim his fourth title and become the first to win back-to-back Rampages, as fans and riders alike celebrated 20 years of freeride history. Here is all you need to know:

– At each Rampage out in the wilds of Virgin, Utah, riders and fans are continually challenged to rethink what is possible on a mountain bike with the world’s best freeriders pushing the boundaries of the sport.

– Thirteen years after he first won the competition as an underdog coming from the slopestyle scene, defending champion Semenuk’s ingenuity brought him his fourth coveted Rampage title with compatriot Sorge 0.67 of a point back in second and American Reed Boggs just behind in third.

– Semenuk’s nervous first run saw him over-rotate one of his jumps to eject out with two-time winner Kyle Strait leading at the halfway point from fellow American Tyler McCaul and Belgian Thomas Genon.

– The second run, though, was a brilliant series of efforts down the steep, jagged, ochre-coloured cliffs with Semenuk first out the gate to deliver a run for the ages as the Whistler native combined a t-bog, bar spin, flat spin, tail whip off a big drop – a first in Rampage history – and backflip tailwhip off the last jump to see him claim the lead with a mammoth 89.

– Sorge came agonisingly close to beating Semenuk to the four-time champion milestone after he scored 88.33 second time out, thanks to a run that included a superman added to a flip knack on his big drop.

– Alternate rider Boggs stomped his drops and tricks second time down to secure a memorable maiden podium on the back of an 87 that just edged out 2010 champion Cam Zink, who thrilled with 86.33 in fourth.

– Semenuk, 30, said: “After making a mistake in my first run, I had the body moving and nerves out, and just wanted to get the run I wanted done. All my (Rampage wins) are special in their way and this one is amazing for obvious reasons. The boys worked so hard on this event.”

– Sorge, 33, said: “Especially with all the unpredictable variables like the weather. I didn’t have quite as much practice time as I would have hoped, and just had to dial it in on my run. The scene is amazing, especially the motivation and progression coming from younger guys and veterans.”

– Canadian Tom van Steenbergen followed up his 2019 third place with the Best Trick Award presented by the Utah Sports Commission for a massive front flip on his big flat drop that had the crowd on their feet.

– The Toughness Award presented by BFGoodrich went to man of steel Zink after he competed despite a big crash during practice with Brage Vestavik’s spirit and drive rightfully earning him the McGazza Spirit Award.

No mention of Van Steenbergen’s crash. Weird. The crash didn’t look that bad, but he sustained serious injuries. Most likely career ending injuries.