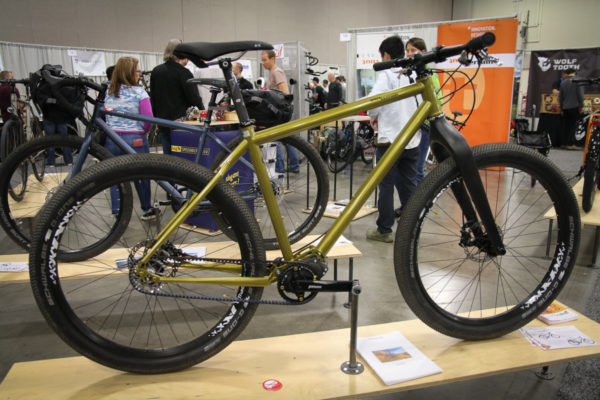 Tout Terrain seems like they always have something interesting to show, and their presence at NAHBS was mo different. At the very front of their shared booth space, a new prototype plus bike hinted towards future products from the German based company with a French name. In addition to the plus sized Pinion equipped bike itself, Tout Terrain was showing off two new versions of their Cinq shifting system which should be welcome news for riders currently on a Pinion gearbox… 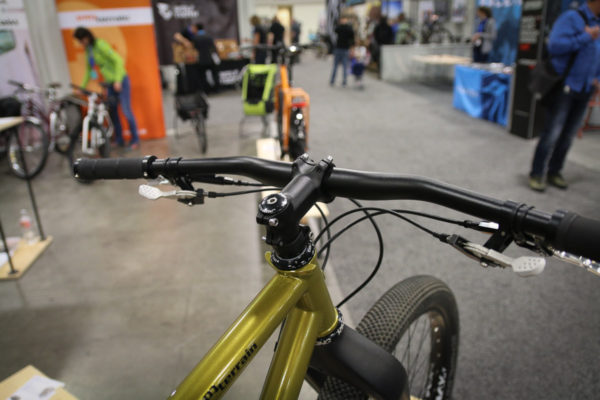 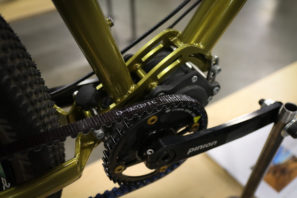 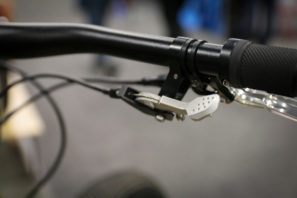 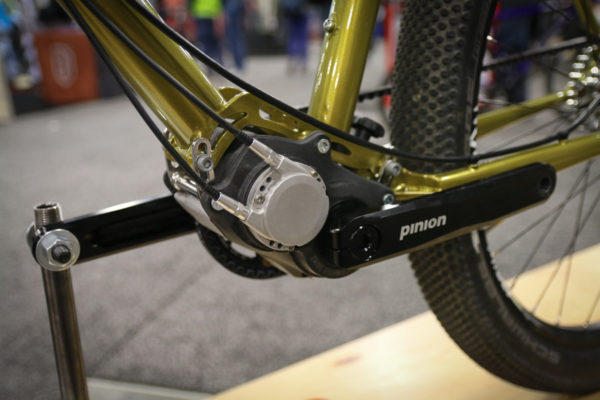 A while back we reported on new Cinq shifters for the Rohloff internal gear hubs which eliminated the grip shift in favor of a trigger shifter or drop bar road shifter. Now, Cinq has figured out how to take those same shifters, add a new ratchet box, and make them compatible with the Pinion gear boxes. 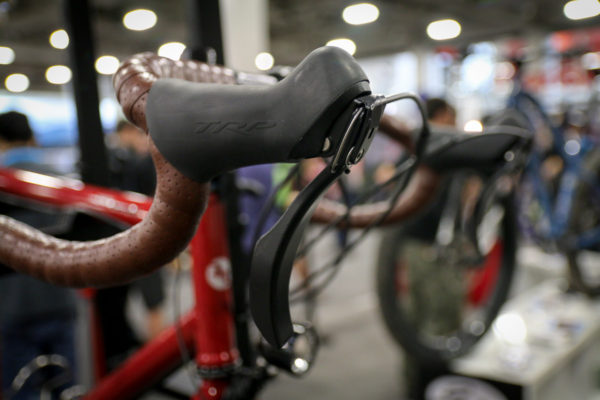 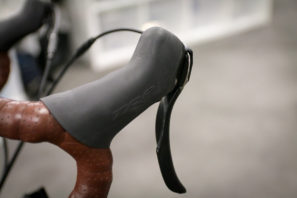 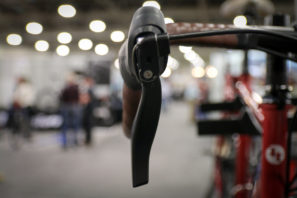 There will be ratchet boxes for both the trigger shifters above, and the drop bar levers as well. On both set ups, one shifter shifts up and the other shifts down for a simple, intuitive system. Obviously, the shifters are TRP Hylex levers with the lever replaced with the shift unit from Cinq. Pricing should be similar to the Rohloff parts, but is TBA. 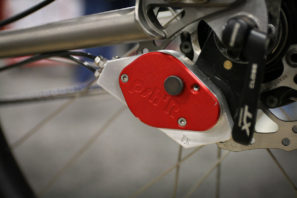 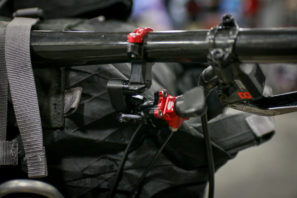 Along those same lines, the Cycle Monkey booth also had the Bpod.ch Psh’r shift system on display which combines an Acros hydraulic shift lever with a ratchet box for a Rohloff hub. 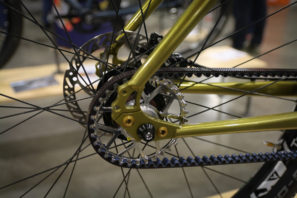 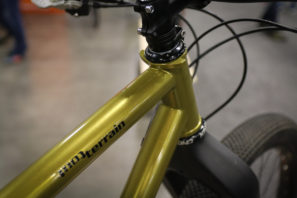 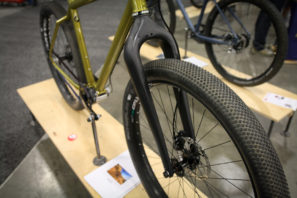 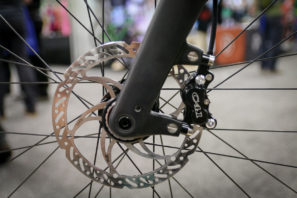 On the front of the Tout Terrain prototype was another one of Cycle Monkey’s brands, this time in the form of a new CoLab Components fork. 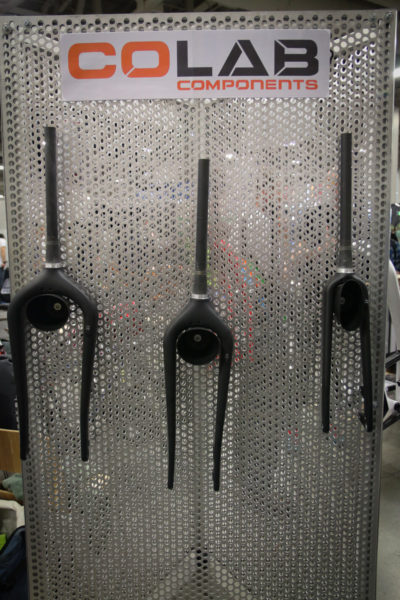 Created to address the issues of dynamo hub and light integration, CoLab is starting off with three forks for CX/Gravel, Plus, and Fat that all include provisions for internal wiring, light mounting, fenders, and more. 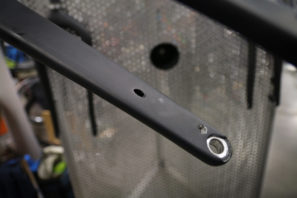 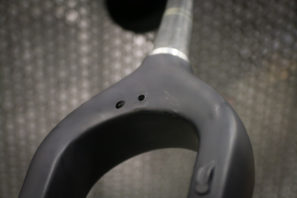 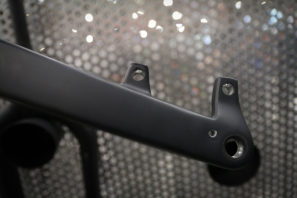 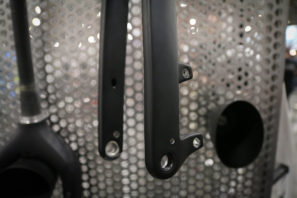 At the bottom of the right leg is an opening for the dynamo wire which pops out right at the light/fender mount in the center of the fork crown. You can also route the wire internally all the way to the steerer if you’re running something like a Sinewave charger. While the forks are made from carbon, each has been created with an eye towards durability with a reinforced crown race and replaceable threads for the brakes, axle, and even fender mounts. Not shown are the triple pack mounts that will be Low Rider rack compatible. Sold for $500 each, axle spacing numbers are 100 x 15mm, 110 x 15mm, and 150 x 15mm  for Cross, Plus, and Fat, with massive tire clearance on each one. Get the full specs on each fork over here.

Co-motion will already let you buy a belt-drive bike with a Pinion gearbox, complete with their own in-house engineer shifter. http://co-motion.com/img/main/Pinion_portrait_1600.jpg

Too bad about those Rolf wheels, though.

Those Rolf wheels are always an extra-cost option…

How is toutterrain at NAHBS? Those are made in China, no?

The frames are made by European or Taiwanese frame builders using Italian tubing from Dedacciai. They are powder coated and assembled by hand in Germany, all according to their website.