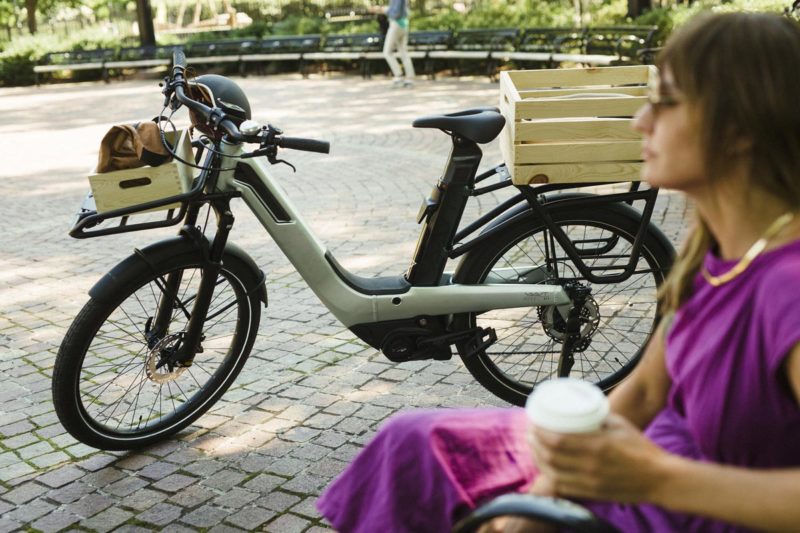 Why would they want to do that? Vaast says it comes down to preventing any additional load from having a detrimental effect on the suspension performance. E-bikes, especially commuter e-bikes, are often loaded up with all kinds of cargo—from kids, to dogs, crates of beer, heavy groceries, whatever you’d normally transport in a car, really. To offer a better ride, the suspension on the E/1 seems to suspend the rider, while the entire frame moves up and down as the rear wheel traces over bumps. The video above helps demonstrate this, which starts at 0:50. 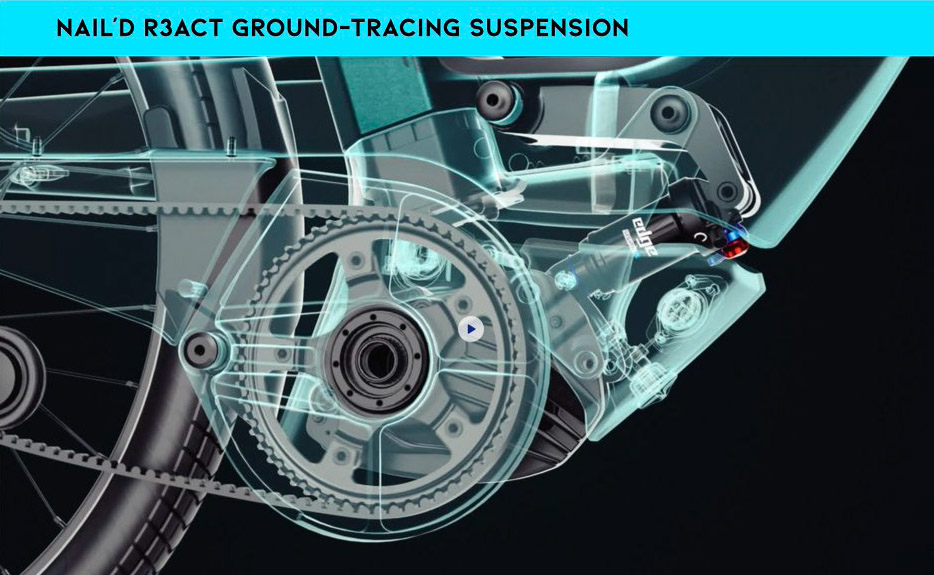 It’s kind of hard to wrap your head around, but from the video it appears that as you hit a bump, the seat tube assembly which is attached to the motor housing effectively moves downwards (or stays in place as the rear wheel goes upwards). There is a pivot at the back of the motor housing to the “swingarm” (which doesn’t actually swing), and a linkage at the front with a small shock to provide the actual suspension. The result is a claimed 20% reduction in vibration compared to other suspension systems. 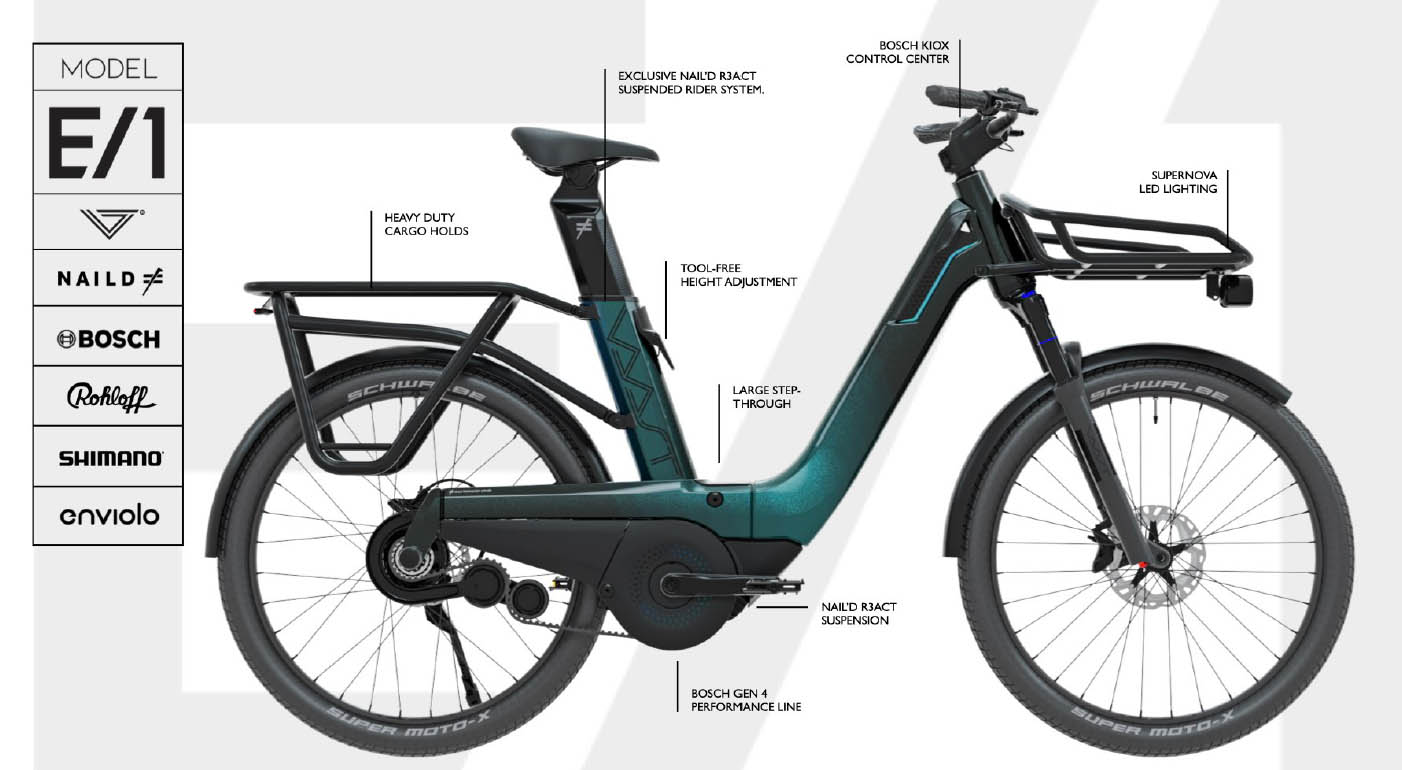 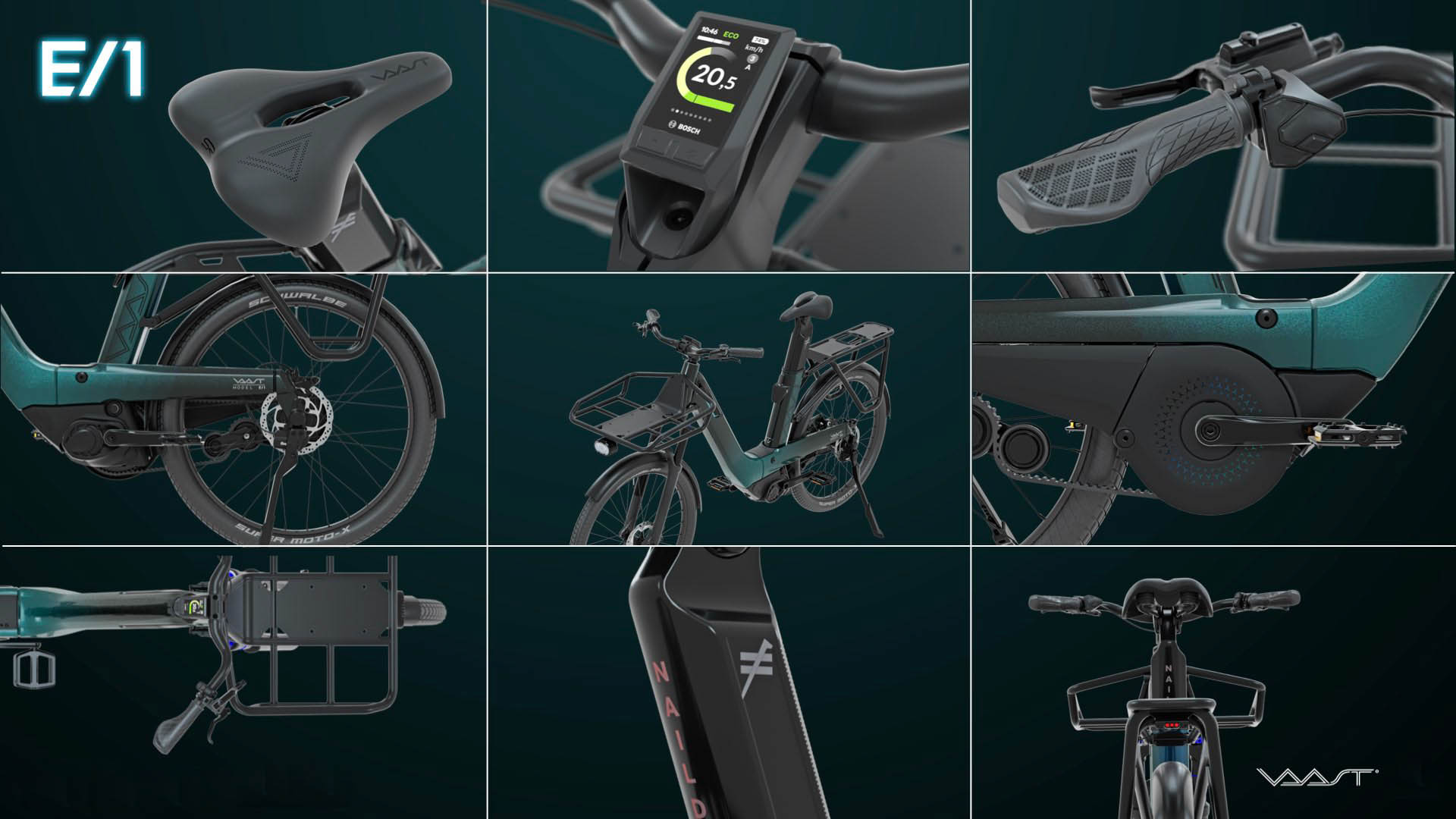 Aside from the interesting suspension, the E/1 is packed with features to make it commute-ready right out of the box. Powered by the most current Bosch Gen 4 Performance CX Drive with options for a Gates Carbon belt drive and internal gear hubs, a Bosch Powertube 500 battery is hidden in the seat tube making it easily removable. Because the seat tube is designed around the large battery, there is an integrated tool-free height adjust lever instead of a traditional seat post clamp.

Integrated heavy duty cargo racks are included with Supernova LED lighting, and a Bosch Kiox display is integrated into the stem. Offered only in a step-through frame design, the hydroformed aluminum frame has a low center of gravity and is based around 27.5″ wheels with high volume tires. 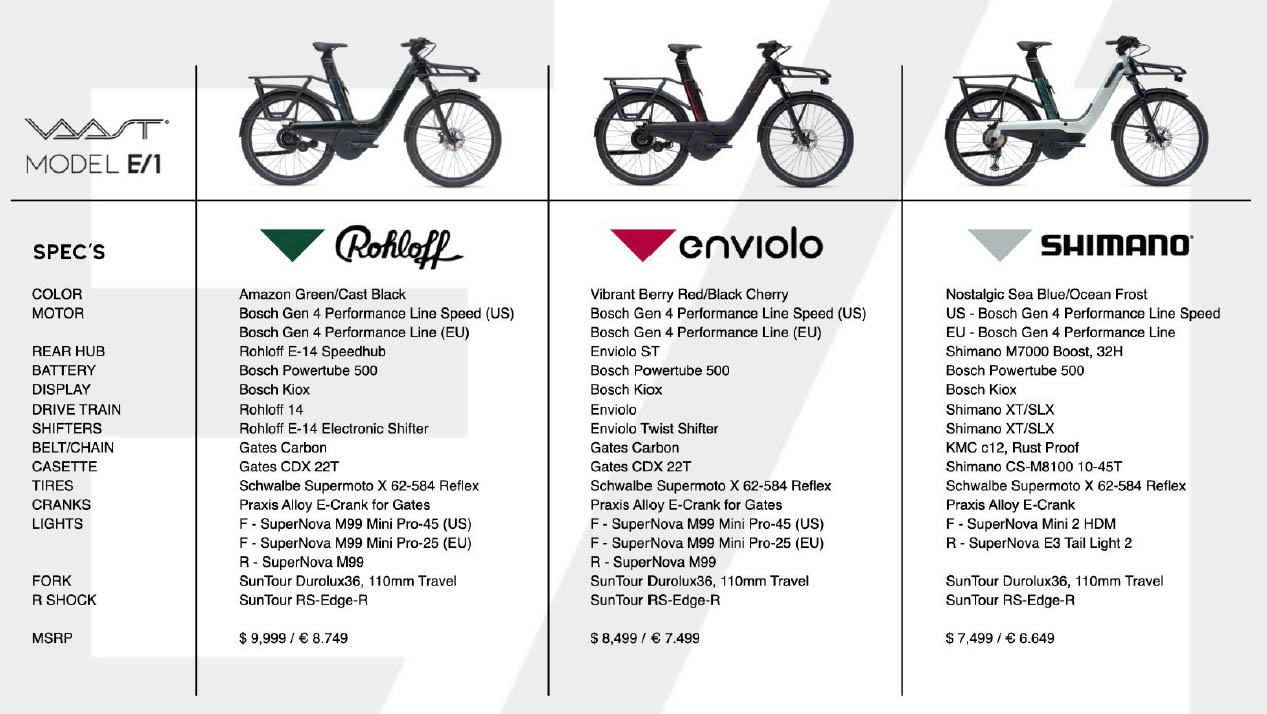 The Vaast E/1 will be offered in three build levels starting with a standard Shimano 1×12 derailleur-equipped drivetrain for $7,499. From there, there are two options for internal gear hubs with Gates Carbon belt drives including the Enviolo ST for $8,499 and the Rohloff E-14 Speedhub for $9,999. Bikes should be available in the USA, UK, and EU markets starting on October 1st, 2021.

I’m really sorry to be that guy, but with four e bike articles in the first five stories today; didn’t you guys start ebikerumor.com for this type of content? I don’t hate e bikes, I even kinda like them, but it’s a little much.

Mitch, two of our writers were at the IAA Mobility show in Munich this weekend, hence all the e-bike posts.