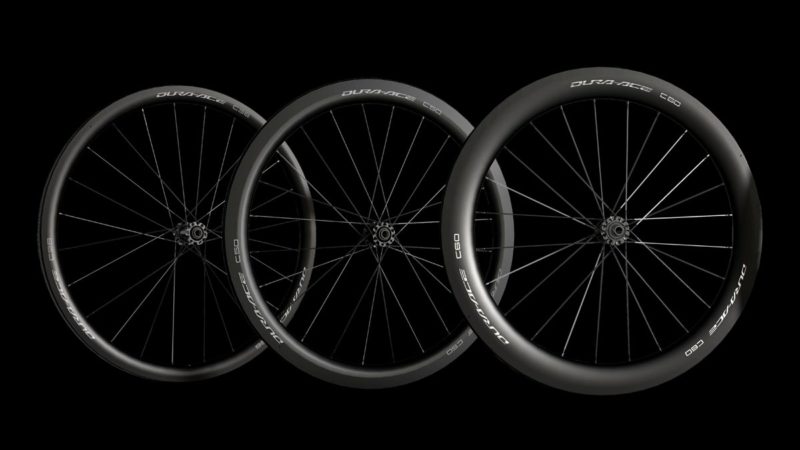 How do you complete the ‘Science of Speed’ equation for the new Shimano Dura-Ace & Ultegra groups? New wheels, of course! And not just any wheels, but something that Shimano considers “redefining” when it comes to their wheel offerings. Specifically, they asked themselves what was most important—speed? Aerodynamics? Rigidity? That probably depends on the type of rider and each specific use, which led to three distinct platforms.

Sort of like the rim brake thing, Shimano will offer their new wheels in tubular form, but most people will only see these as tubeless-ready options for the road. With a goal of reducing drag without sacrificing control, new rim profiles were developed to fit three distinct rider profiles. That includes the C36, C50, and the C60_HR or High Rigidity. For the climbers, the 36mm deep C36 is skewed towards being light weight over aerodynamics and lateral rigidity.

The C50, at 50mm deep is more of an all-around wheel with equal focus on aerodynamics, rigidity, and weight. In terms of aerodynamics, the new C50-TL outperforms the previous C60-TU by a full watt, and it offers 5.1w less drag compared to the outgoing C40-TL. Just as important though, the wheel also offers similar levels of control to the shallower C40-TL with less impact from cross winds.

Each of the rims measure 21mm internally with a 28mm external width, and a hooked bead. 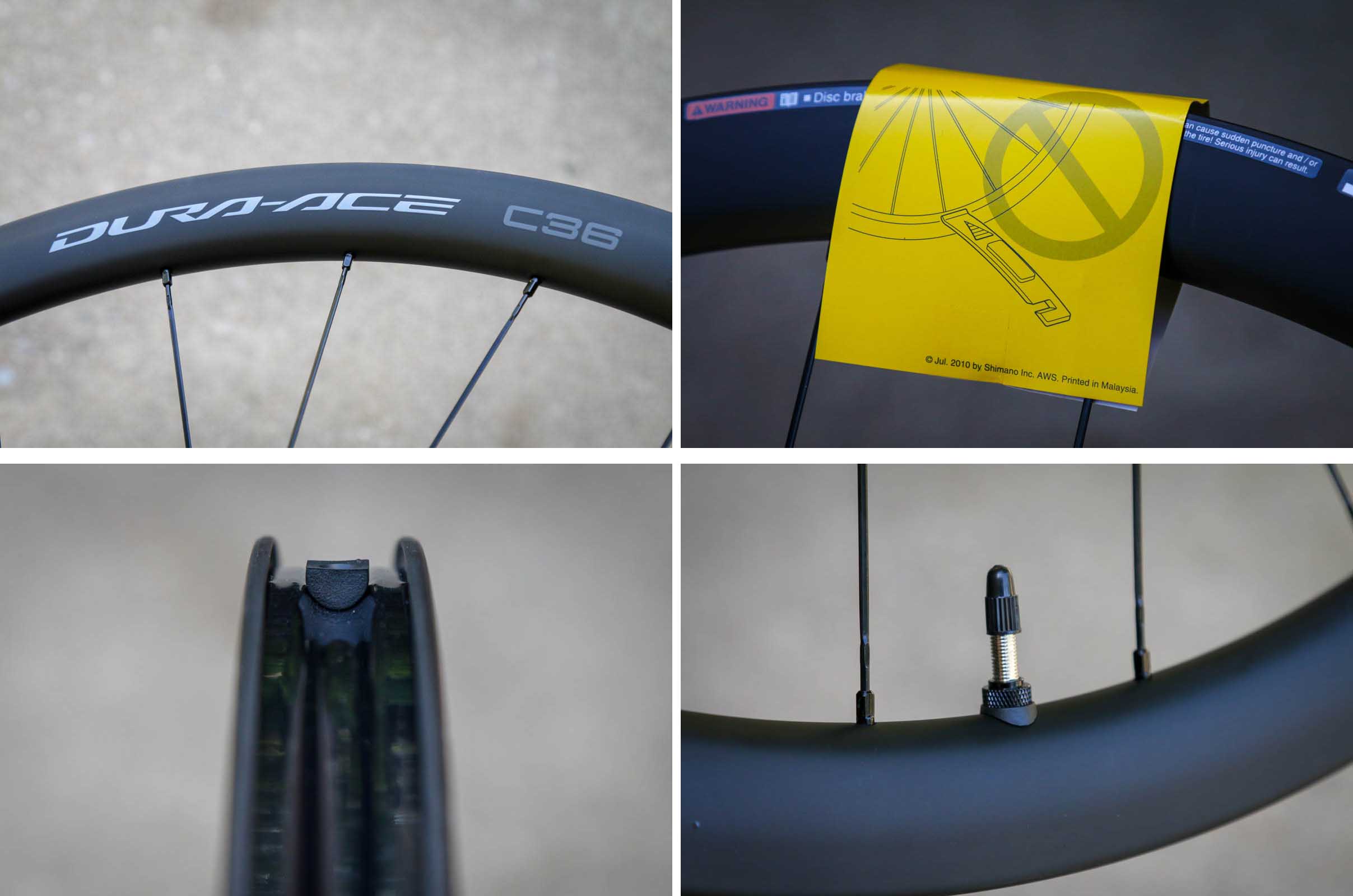 Tubeless ready, each rim comes pre-taped with a high quality tubeless valve that matches perfectly to the contour of the carbon rim. Note that the wheels include a label that advises against using tire levers. That may or may not be possible depending on the tires you choose. I started with some Vittoria Corsa tube-type tires which went onto the rim without tools fairly easily (you can still run tubes on these wheels with any tire thanks to the hooked bead).

However, the only tubeless tires I had on hand were a pair of Continental GP5000 Tubeless tires, but they were so tight that I wrestled with them to no avail. Eventually, I had to resort to one well-placed lever stroke to get the tire on the rim enough for it to seat. Long story short, it will depend on what tires you choose and your abilities, but Shimano would rather you not use a tire lever. 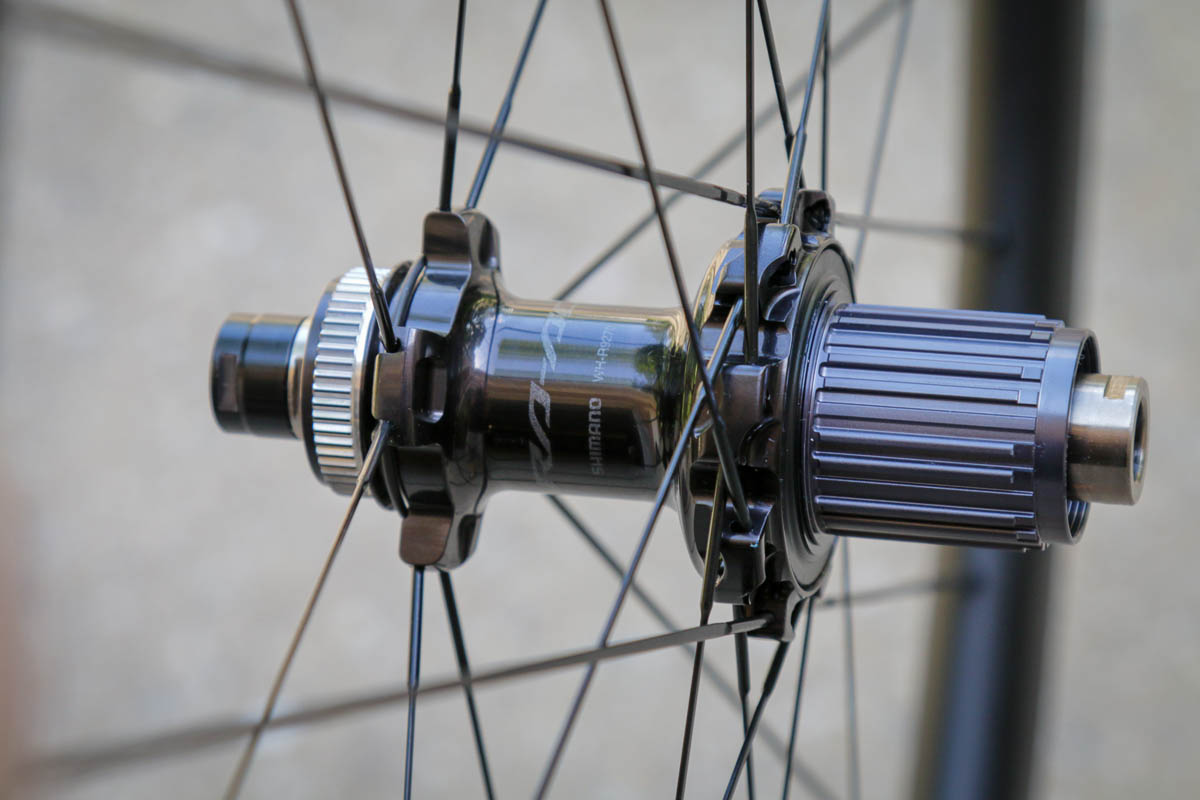 A big part of the new wheel design is at the center of each build. Shimano wanted wheels that offered increased driving rigidity as well as lighter weight. The new rear hub helps accomplish both. As mentioned in our Dura-Ace and Ultegra overview, the new Dura-Ace wheels feature a 12 speed-specific freehub. This was all about saving weight without creating a freehub that will get damaged by the cassette cogs. In just the hub alone, Shimano has dropped an impressive 45g compared to the R9170 FH. 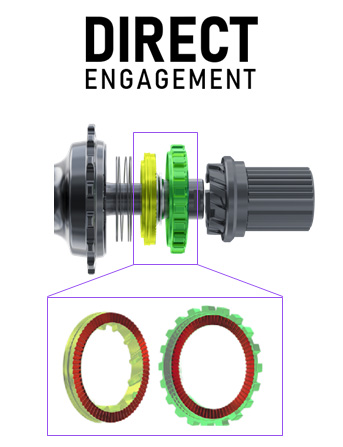 Inside that new freehub you’ll find Shimano’s Direct Engagement system which is similar to that in the current XTR hubs. Compared to the current C40 wheels, this freehub mechanism alone improves driving rigidity by 63%. It also offers low drag, and a fairly quiet (but not silent) freewheeling. 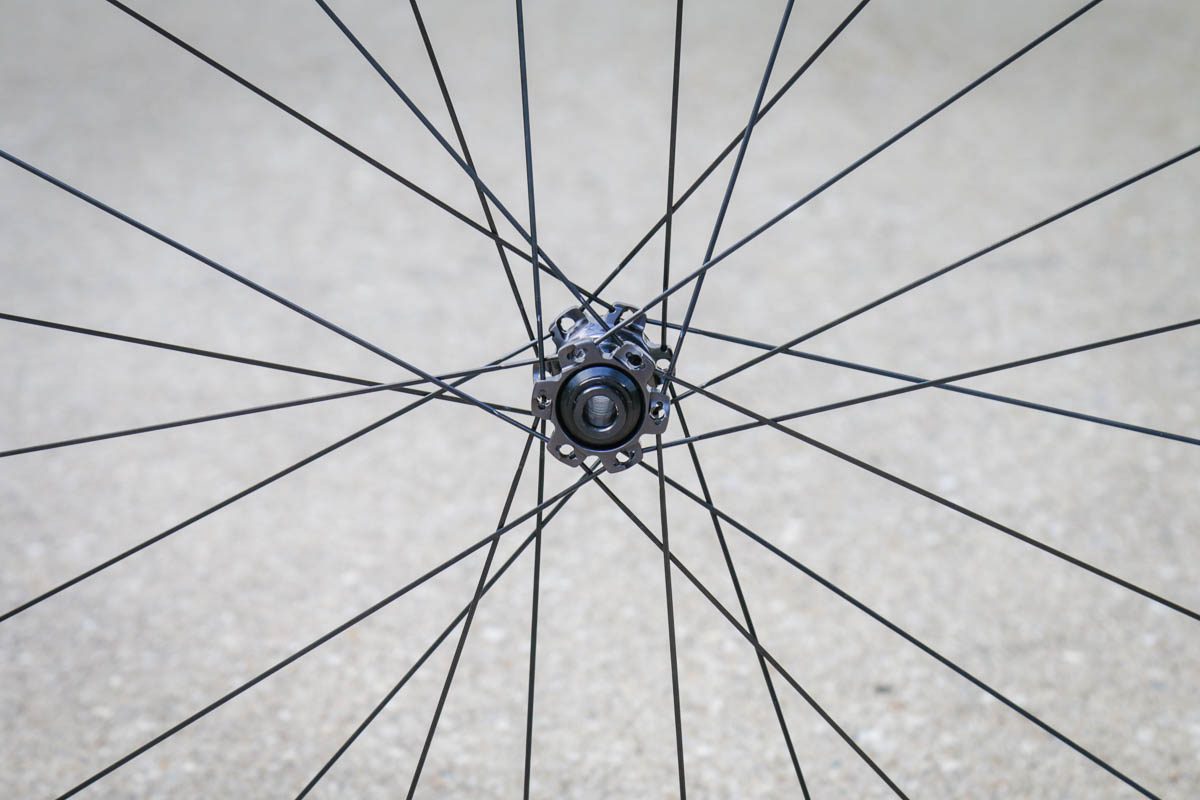 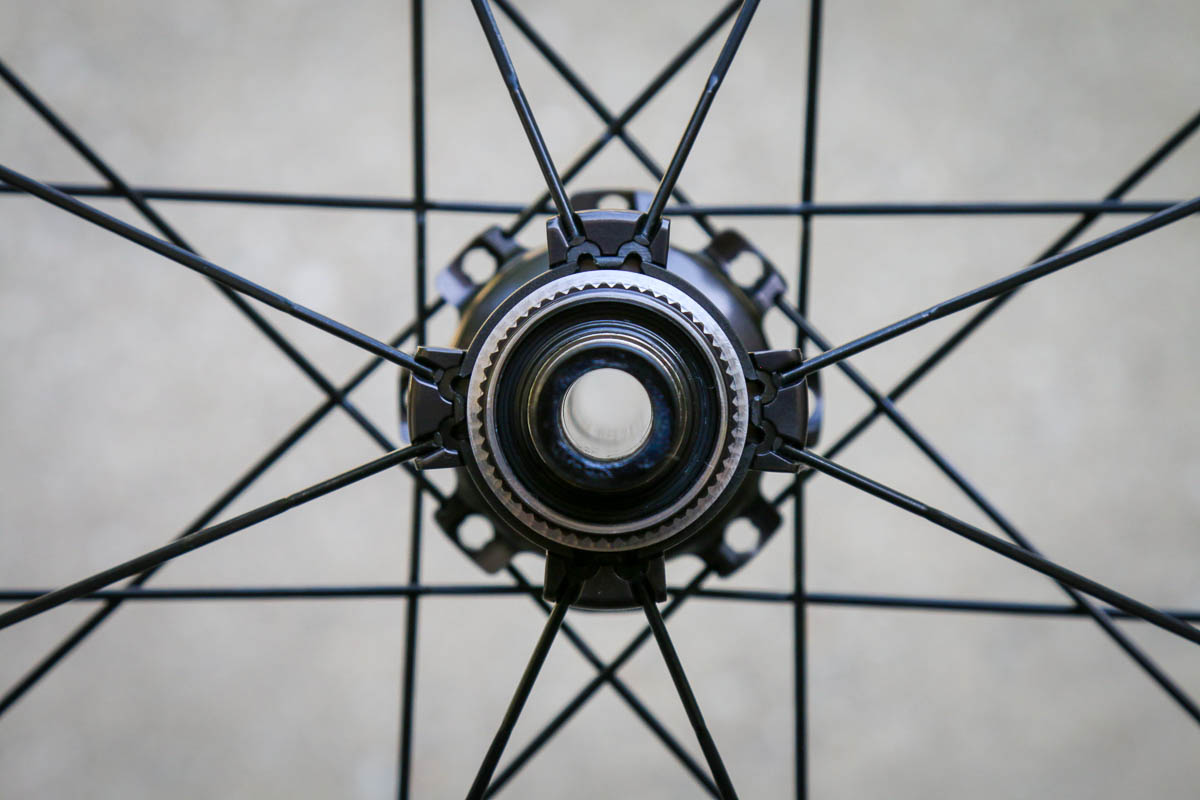 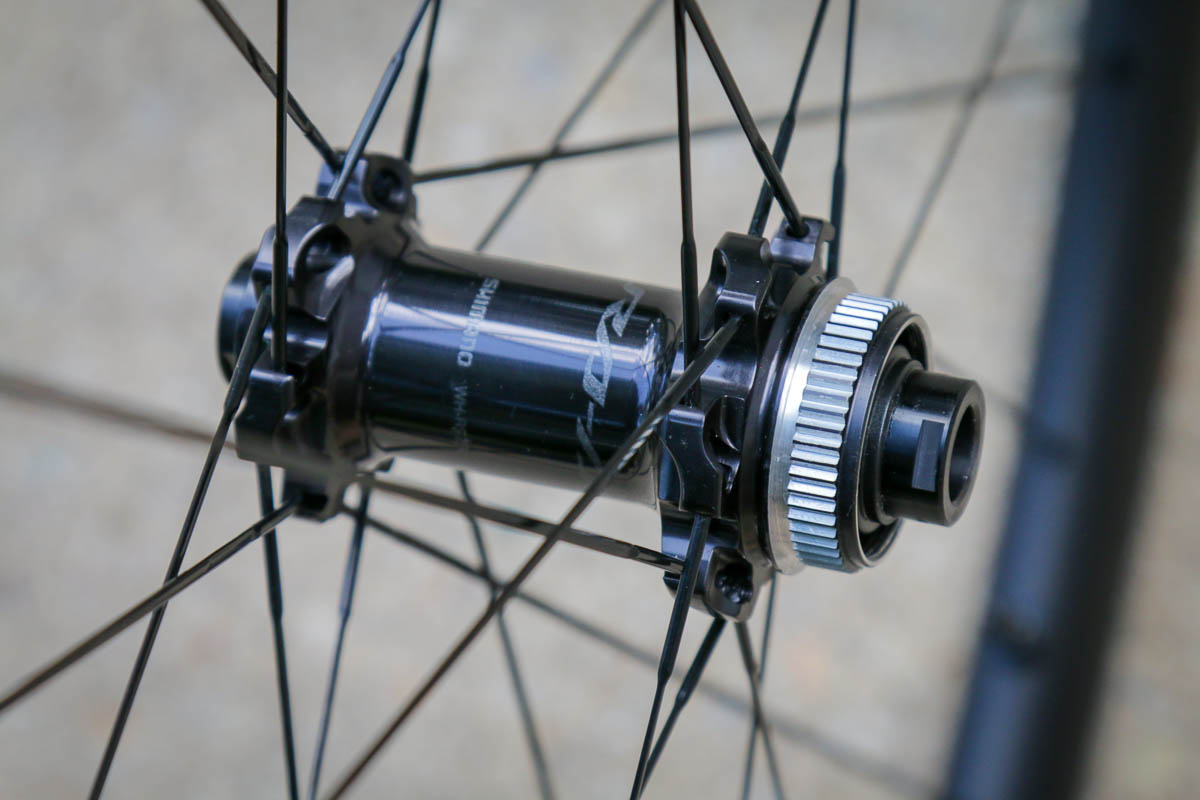 For Shimano, Centerlock brake mounts and cup and cone bearings are still king.

What do they Weigh?

Shimano states that every gram counts, but they’ve given priority to reducing weight at the rim. For the C36-TL (Tubeless), that means a 55g reduction in rim weight compared to the current C40, and a claimed weight of 1338g for the set. When weighed in real life with tape and valves, that number is actually 1398g which makes us think that Shimano’s claimed weights are without. The C50-TL has a claimed weight of 1,465g, and the C60_HR-TL is 1,609g. 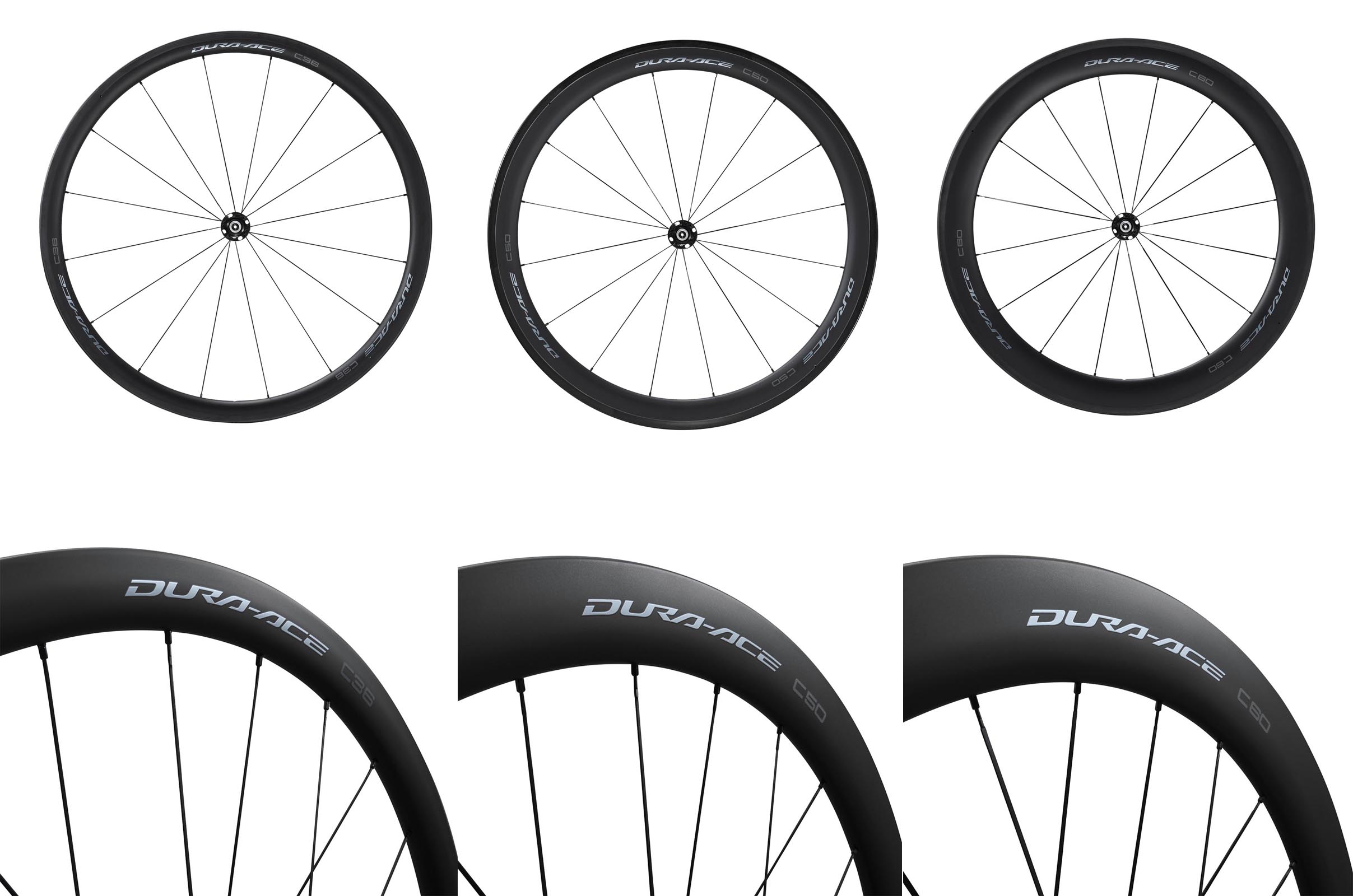 While tubular versions of the wheels will technically be available in both rim brake and disc brake spec, Shimano hasn’t provided pricing info as they’re basically pro team-only. That leaves us with the C36-TL and C50-TL which are $2,099.99 for each set, and the C60_HR-TL which is a bit more at $2,199.99 a set. 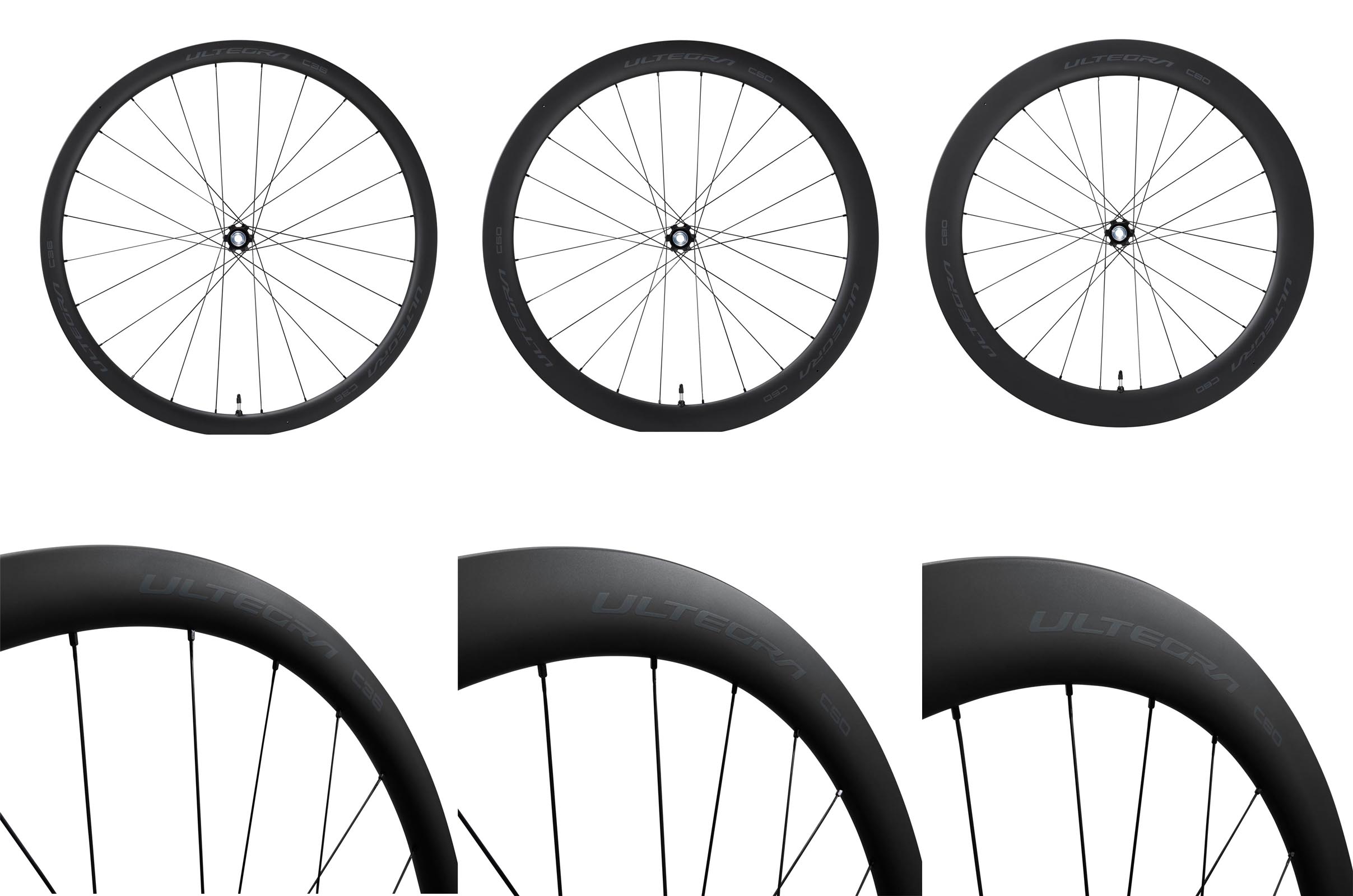 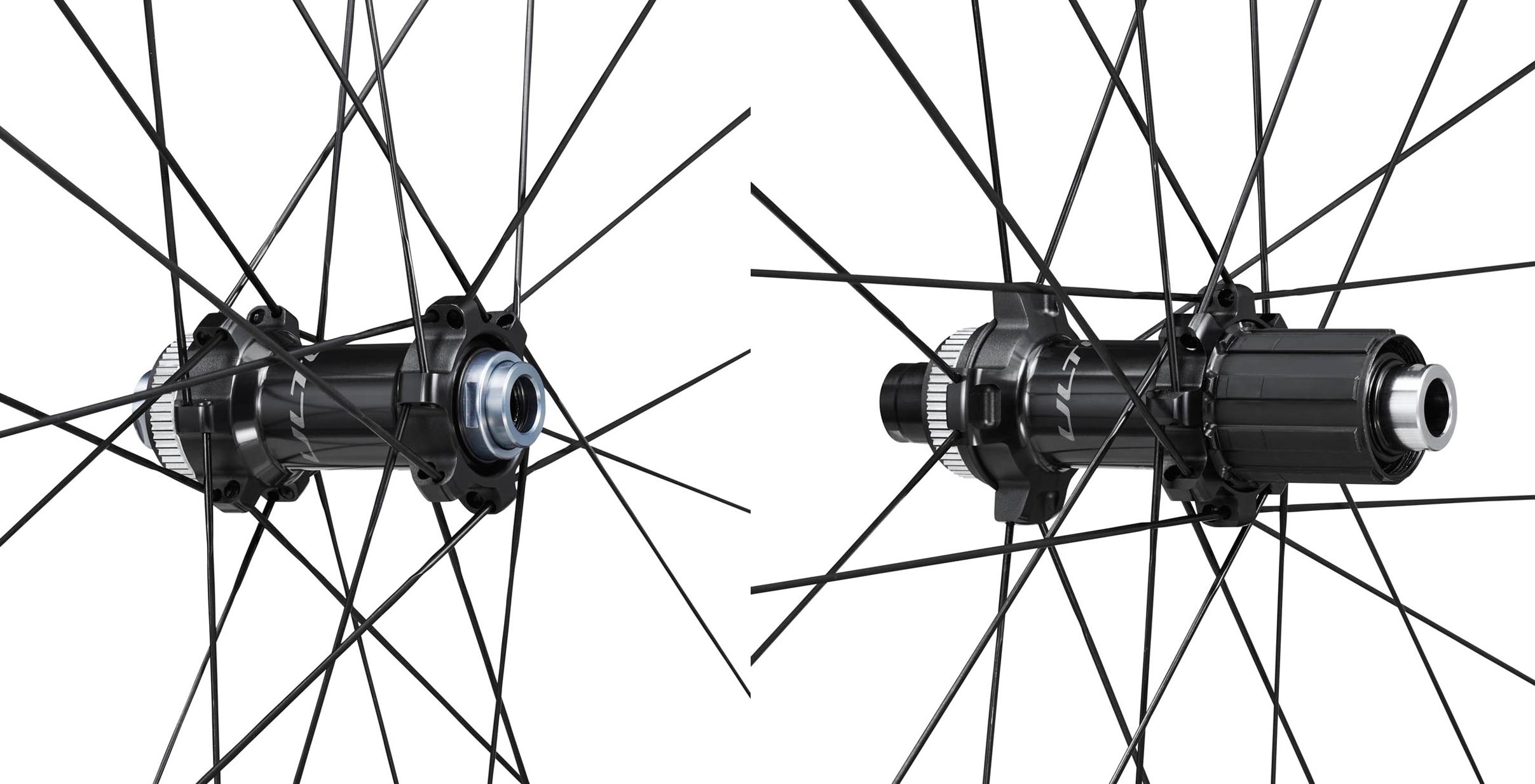 For the first time in history, Shimano will also be offering full carbon wheels at the Ultegra level. These wheels feature nearly identical rims to Dura-Ace except for the C36 which is slightly different. Also, the Ultegra wheels get a standard HG splined freehub body instead of the 12 speed specific version found on the Dura-Ace hubs.

There’s no specific timeline for wheelset availability, other than Dura-Ace aftermarket availability starting in October 2021, and Ultegra starting “this fall”.

Missed our coverage on the new Dura-Ace and Ultegra groups? Get all the details right here.

Hi Zac Just out of curiosity did the marketing people from Shimano provide you with some actual engineering data and calculated evidence to support the SPIN of their technical claims about these wheels ???
Otherwise seems like you are running an ‘advermercial’ rather than presenting a piece of journalism about the facts. Did you do a fact check with Shimano??? NO! I think.

He can write whatever he wants. You need a chill pill bro.

An203
Reply to  Stefan Roussev

He has a point… sharing press-release info is one thing, having a discussion with the brand and some supporting evidences is quite better. Here Zac did it for the weights (well done), the rest seems to be quite a lot of “the voice of shimano”. More stiffness? how much? lighter rim? how much?… those types of questions bring quite more value than the infomercial BR tend to do (cause that’s a part of the business model)

Hey Brian, yes they did. But being Shimano, they’re notoriously skittish about sharing their data. I had to get special permission just to use the diagrams used above. There were others, including more wheel info that we were not allowed to publish. If by ‘do a fact check with Shimano’, you mean have an in-person meeting with Shimano’s Product Team Manager, Road Category Manager, and Road Brand manager as well as having a Zoom call directly with Shimano Japan, then yes, I’d say we did. I see you must work for xtreme-carbon wheels? What part of Shimano’s claims do you take issue with?

An203
Reply to  Zach Overholt

Glad to read it… but where are those info? most statement are “qualitative” at best and lack details:
– rims are lighter… what are the rim weights?
– wheels are stiffer… what is their stiffness value so we can compare?
– wheels are more aero… how have they been tested (I get this one is tougher), which tires?
So glad you challenged their claims, but we can’t read any of it.

LOL, Having actually been lucky enough to be invited to a “Press Camp” and having met Zach at one, I can assure all the readers that he does his homework and actually asks some pretty in depth questions. I for one don’t want to read a empirical article, so well done Zach, I appreciate your insight on these wheels. I look forward to seeing them in person.

@bart, probably a fantastic person and a great professional, just pointing that it’s not really visible from the writing… claims are qualitative not quantitative.

Hi, is the direct drive system applied to the ultegra hubs, yes I know they have different freehub bodies, but do they both share the same internals?