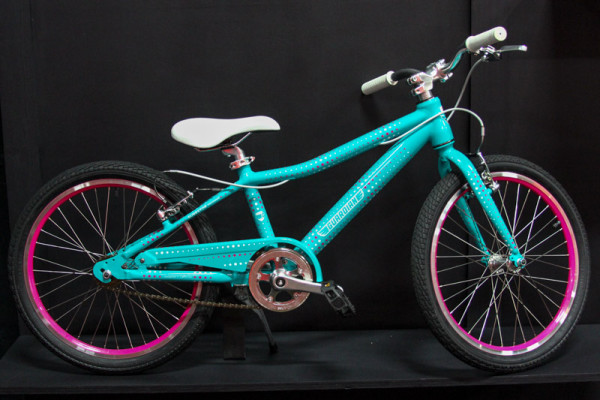 The folks at Guardian Bikes think Kids’ bikes should be as safe to ride as they are fun. By adding the SureStop braking system, Guardian hopes to completely eliminate the possibility of an over the bars crash caused by too much of the front brake. The concept isn’t exactly new in the world of brakes, but the inclusion of the system on a kid’s bike is intriguing.

Skid (or don’t) past the break and see how it works and if it’s the right bike for your little minions….. 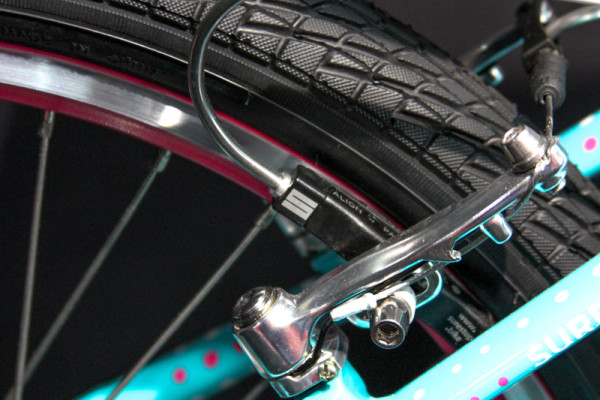 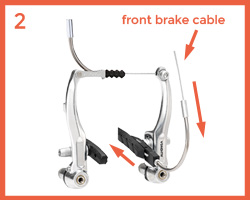 Guardian bikes uses the Surestop braking system in which there is only one brake lever for the entire bike. The lever works as any other rear brake with the cable from the lever going to the rear of the bike. Once the rear brake is activated, the pad on the right side gets pulled forward in the direction of the wheel’s rotation thus pulling the cable that goes to the front brake. This works fine, but if for any reason the rear wheel looses traction, (i.e. lifts off the ground), the active brake pad snaps back into the holder immediately releasing the front brake. So, shouldn’t every kid have this? 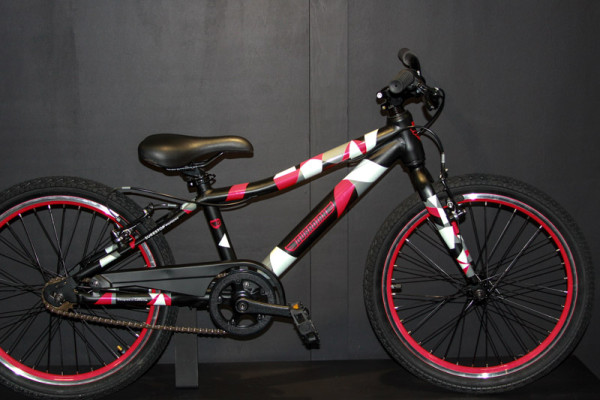 In short, this is a great idea for urban or neighborhood riding, but, and that is a big but, I can’t see this being safer in a situation where the child might be on a rough bike trail. When riding anything more technical than a paved trail, you need your front “primary brake” at all times. If your rear wheel bounces going down a hill, you loose your front brake and we all know how effective a rear brake alone is when trying to stop or slow down quickly going down a hill. 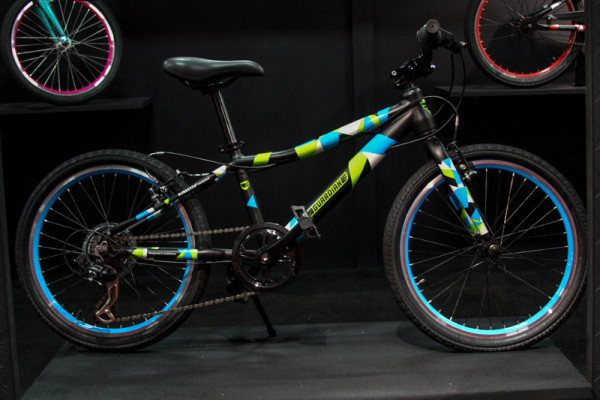 Still, a great idea for our most valuable possessions for the right circumstance. The Guardian bikes come in both boys or girls, in single speed for $259 or with gears for $399. They said they are also working on a 24″ wheeled bike due in Spring 2016.

This can make sense for some use(r)s – but the major downside is, if your rear brake cable snaps or isn’t secured properly on the brake arm, you lose the front brake too. This also makes the setup illegal in my country (which requires two independently activated brakes). Brake redundancy is a good thing.

Instead of buying a whole new bike for your kid, why not just get a set of pads and convert the bike they already have? It appears we’re looking at two standard linear pull brakes, and the only unique feature is the “slidepad”?

I took a look at Guardian at IB and they look great in person and are light, which I know weight can be an issue with the young ones.
I have been selling Sure Stop for a few years now and it works great. Great application on the juvy bike. Zero front brake anxiety and shorter stopping distance. Overall better, safer ride.

it is ok if kids fall, it is how we all learned.

^Exactly. I teach my kids the front brake is the strongest and best way to actually stop. It just needs to be mastered. Two days ago on some singletrack my 10 year old came into a switchback way too hot, grabbed two fistfulls of brake and learned that lesson first hand. He jumped up and said, later, when I caught up to him (lol), that I was right ” I can’t just slam that brake Dad!”…lesson learned little ripper…lesson learned.

Kid’s bikes have such long chainstays, OTB doesn’t seem to happen much, at least with kids that still fit on their bike. Combine that with the pieces of wood specced as brake pads, and I’m not sure this is necessary.

Teach kids the physics unique to bike braking rather than adding a complex bandaid that defers them needing to learn. This product should be illegal.

Why do I feel like the makers of this bike don’t let their kids go trick or treating after the sun goes down..?

You’re only delaying a lesson that has to be learned at some point.

No endos whilst playing round in the parking lot :O(

Learning how to use brakes properly isn’t rocket science. Think of the day when your kid moves on to bigger bikes with ‘normal’ brakes, they will just grab handfuls of rear brake without any clue of how front/rear brakes work in tandem. I’m not the usual bikerumor cynic but this product is just trying to solve a problem that isn’t really a problem to begin with. Kids will fall off their bike, and most of the time it has nothing to do with OTB.

hello from the skymall catalog

This particular implementation may be flawed, but I’m not convinced by arguments that a safety device is delaying teaching an “essential skill.” When I was learning to drive, it was an essential skill to learn to modulate the throttle and brakes to avoid a skid.

Now we have ABS and traction control, and cars thus equipped are safer and paradoxically, faster. If true ABS ever hits bicycles, I’ll grab it myself.

so if the kid is coming into a corner too hot and is knowledgable enough to try to feather the back brake… the front brake comes on too potentially dumping kid into the pavement.
Not a fan… a complex solution for a problem that doesn’t exist.

Like leaning to play football with a golf ball…