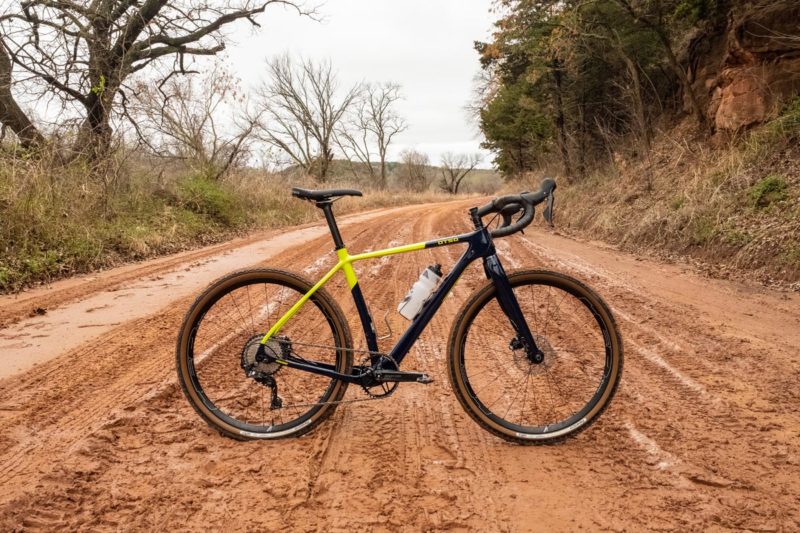 What size wheels and tires do you want to ride today? That’s a question you would be asking yourself if you owned an Otso Waheela C. The carbon gravel bike is one of the most versatile out there thanks to a clever dropout system that adjusts both wheelbase and bottom bracket height to accommodate for the difference in wheel and tire sizing. But if you saw our first posts on the bike, you already know that. Now, the bike is getting a fresh new look with some beautiful new color schemes and updated build options. 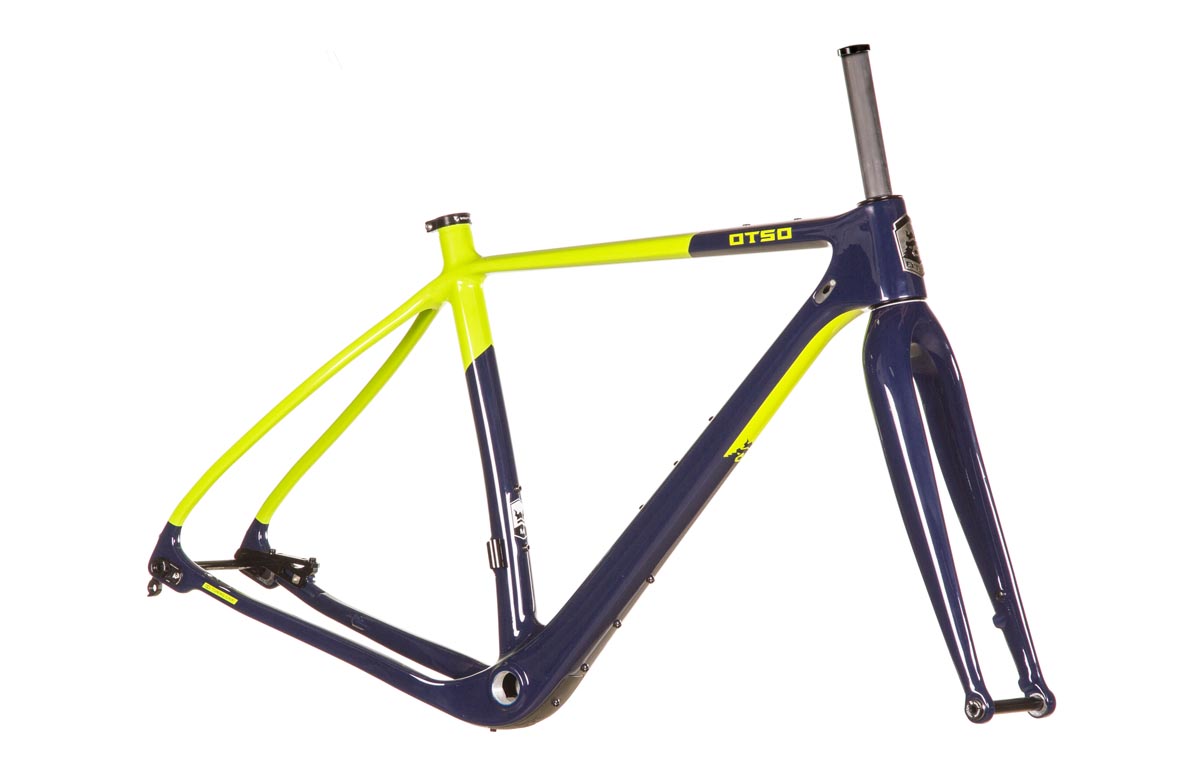 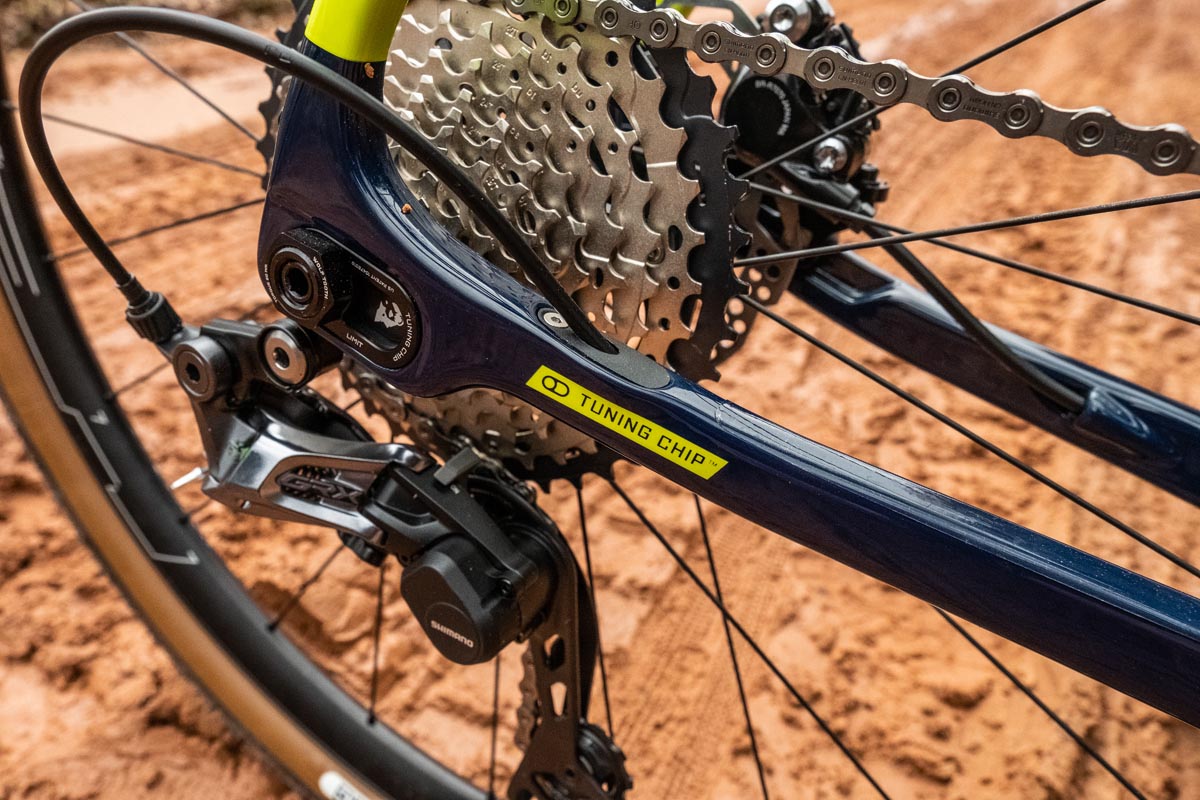 But thanks to the three positions of the Tuning Chip dropout system, you can also run much smaller tires without putting the BB in a terrible position. When the Tuning Chips are at the front position, the bottom bracket is at its highest. As the Chips move backwards, the BB drops to make up for the fact that the bigger tires would naturally raise the BB. Note that the Tuning Chip system is not a slider – it uses massive hardware that bolts everything together on top of the thru axle pulling both sides together to completely eliminate the chance for any noises down the line. 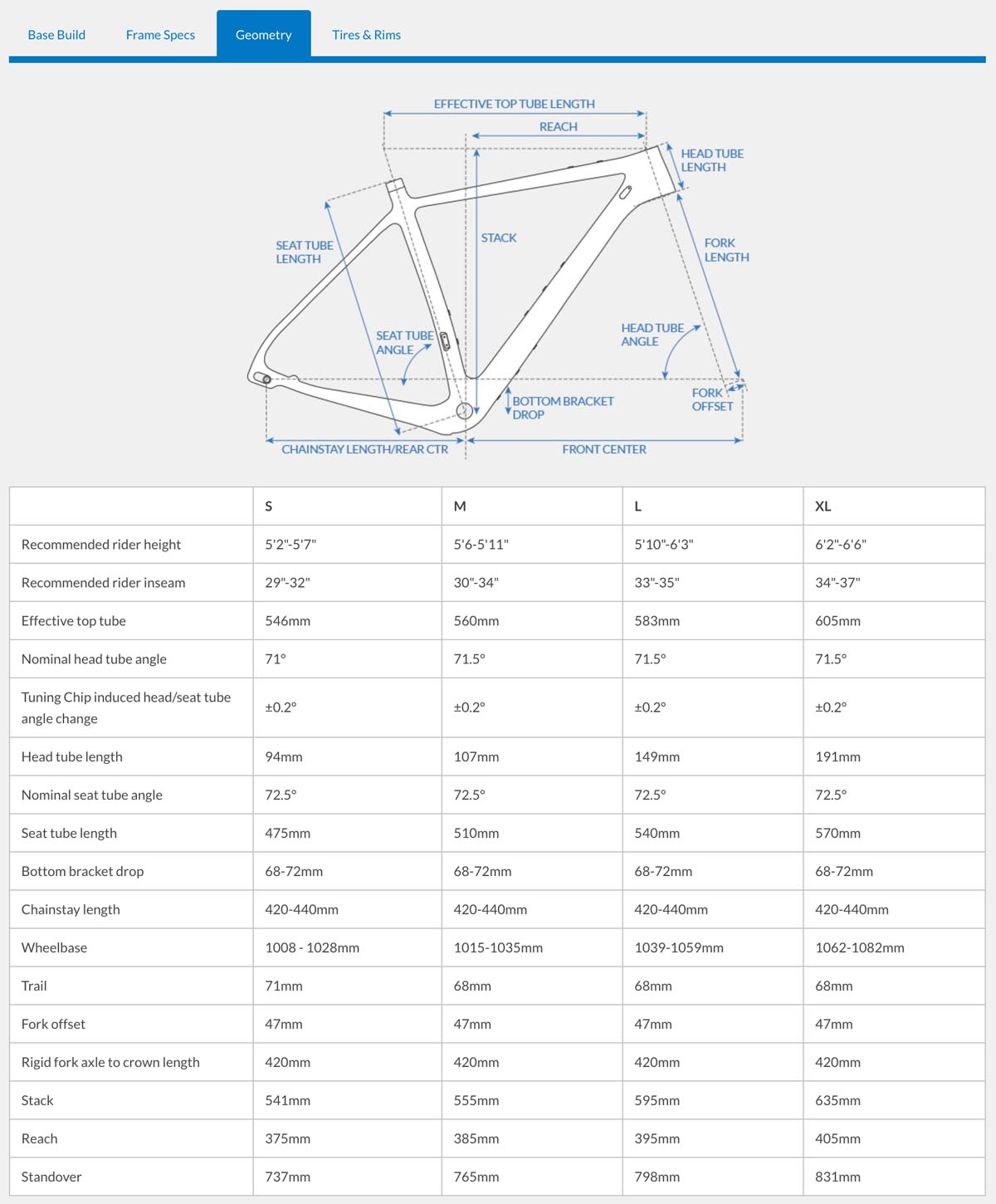 In total there is 20mm of wheelbase adjustment and 4mm of BB height adjustment with three Chip positions. The bike also features a longer top tube meant to be paired with shorter stems for better handling and also more clearance between your feet and the front tire for reduced toe overlap with giant tires. 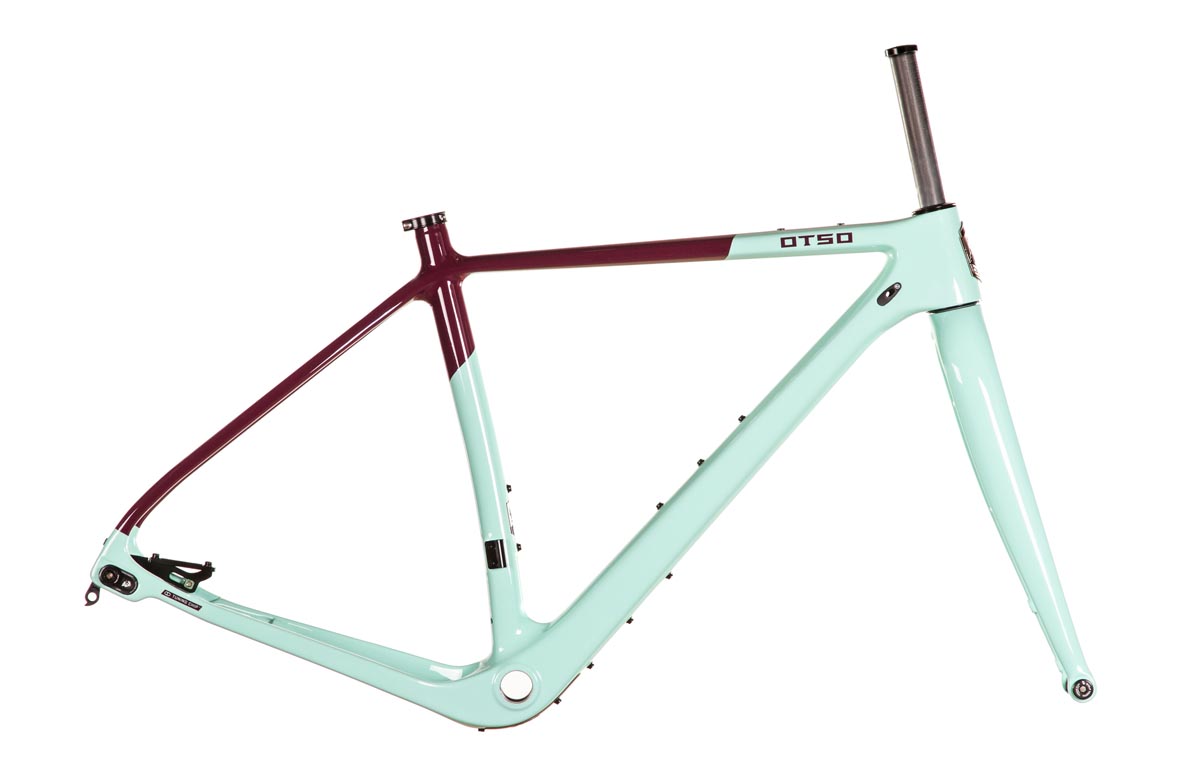 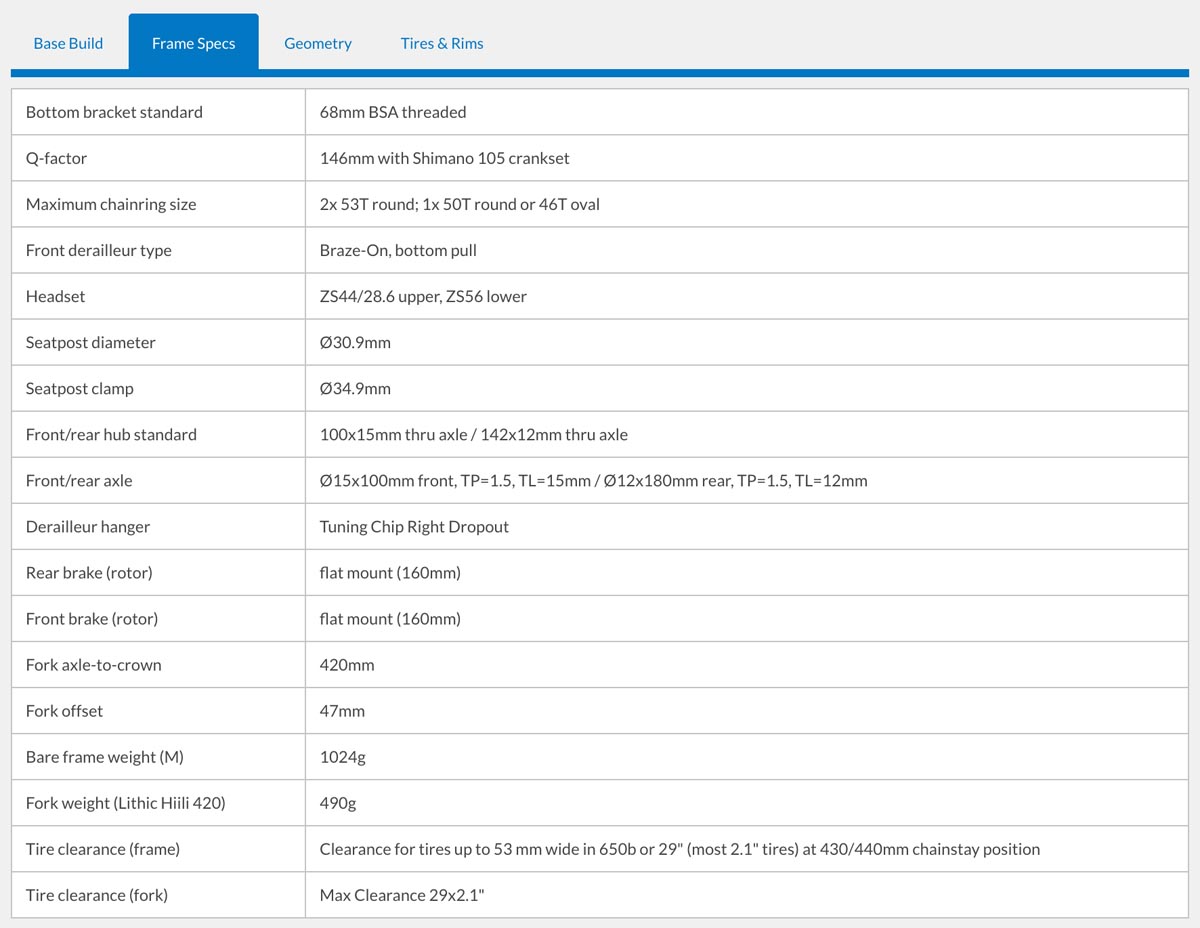 The carbon frame uses EPS molding for a light weight build without a lot of excess resin and smooth internal walls. A 68mm threaded bottom bracket keeps things simple, the frame has the ability to run 1x or 2x drivetrains with massive chainring clearance – 53T for 2x, and 50t for 1x round or 46t for 1x oval rings. The internal cable routing also makes this frame dropper compatible, and the Lithic full carbon fork uses a 15 x 100mm thru axle up front and 12 x 142mm thru axle out back.

Not thrilled about the 15mm axle up front? Otso (which is the bike division of Wolf Tooth Components) tells us that they are very close to releasing a 15mm to 12mm adapter for existing Lithic Hiili forks. That would give anyone that currently owns a Lithic fork or anyone who buys a new Otso bike with one the option of running both axle standards on the same fork. Once available, we’re told that both the bikes and the aftermarket forks will be sold with 12mm axles as the standard, and 15mm available as an option. 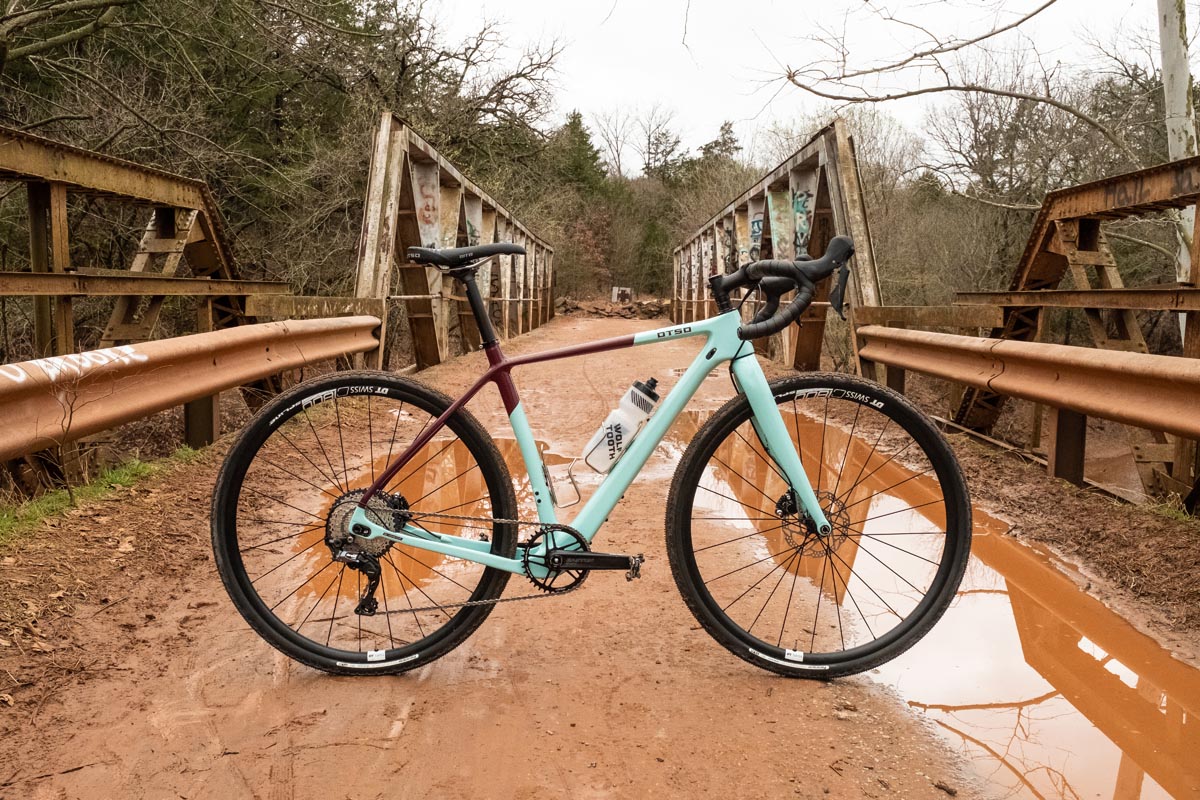 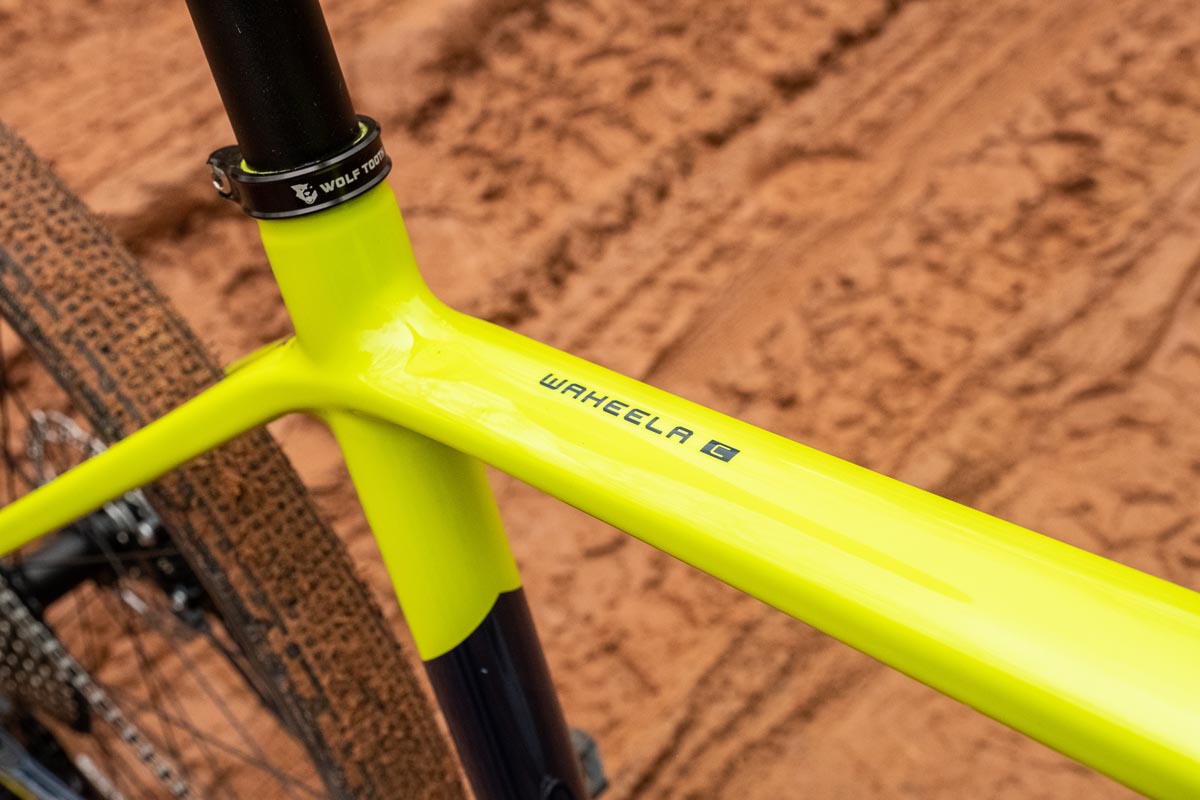 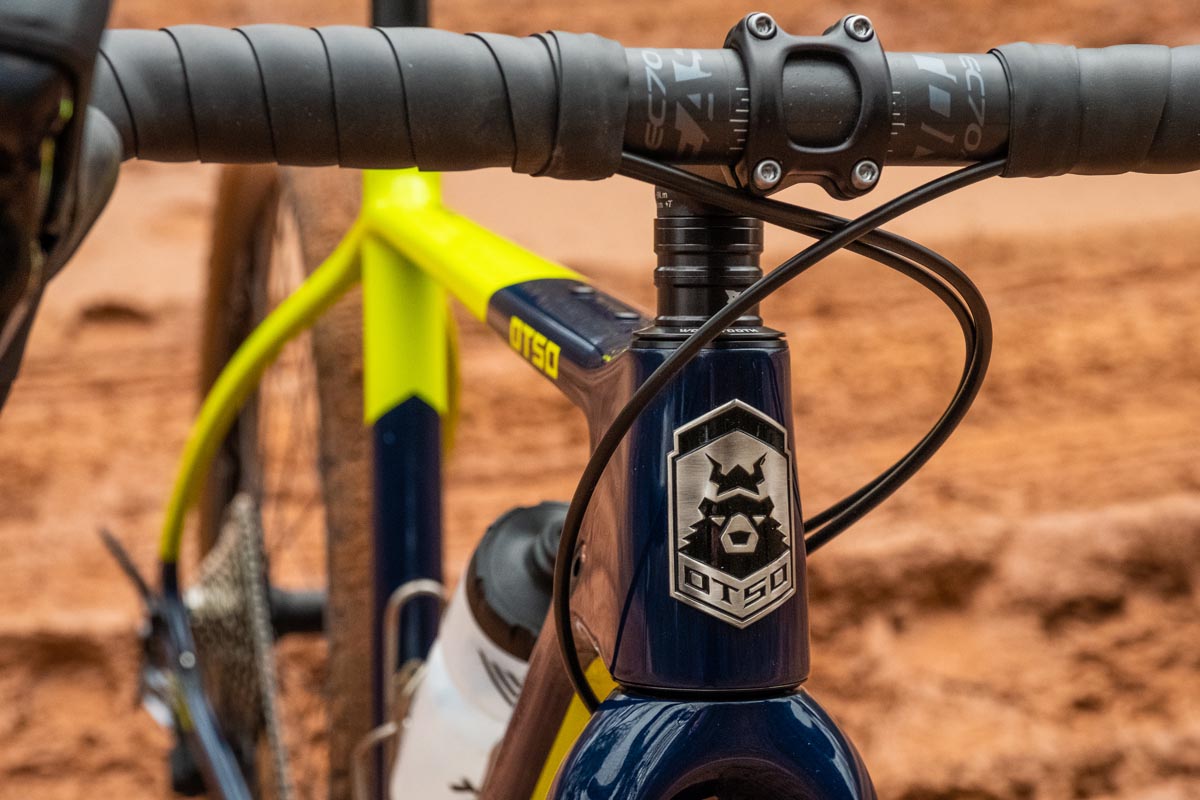 New to the Waheela C is the choice of frame color with Midnight Blue & Chartreuse or Seafoam & Maroon. That makes for some pretty sharp looking bikes – especially against a backdrop of sticky red clay. These new colors will be in addition to the existing choices of Gloss White, Matte Black, and Gloss Red. 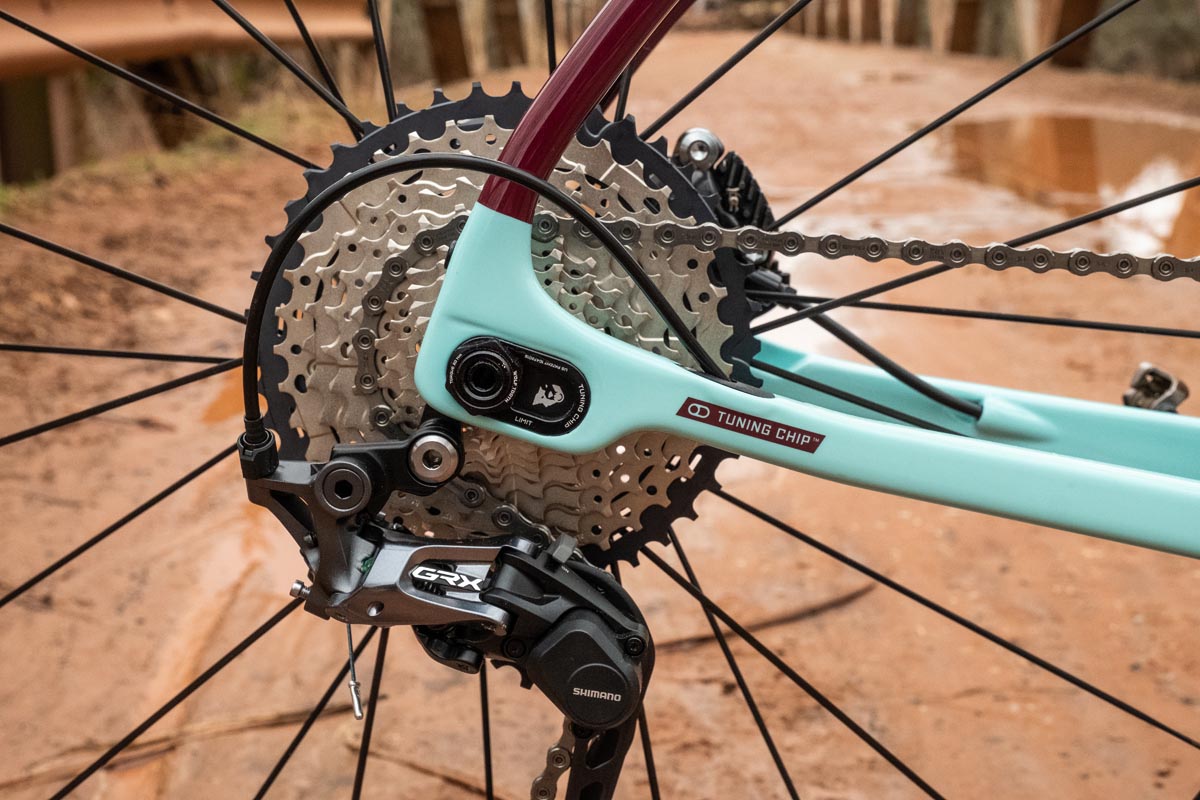 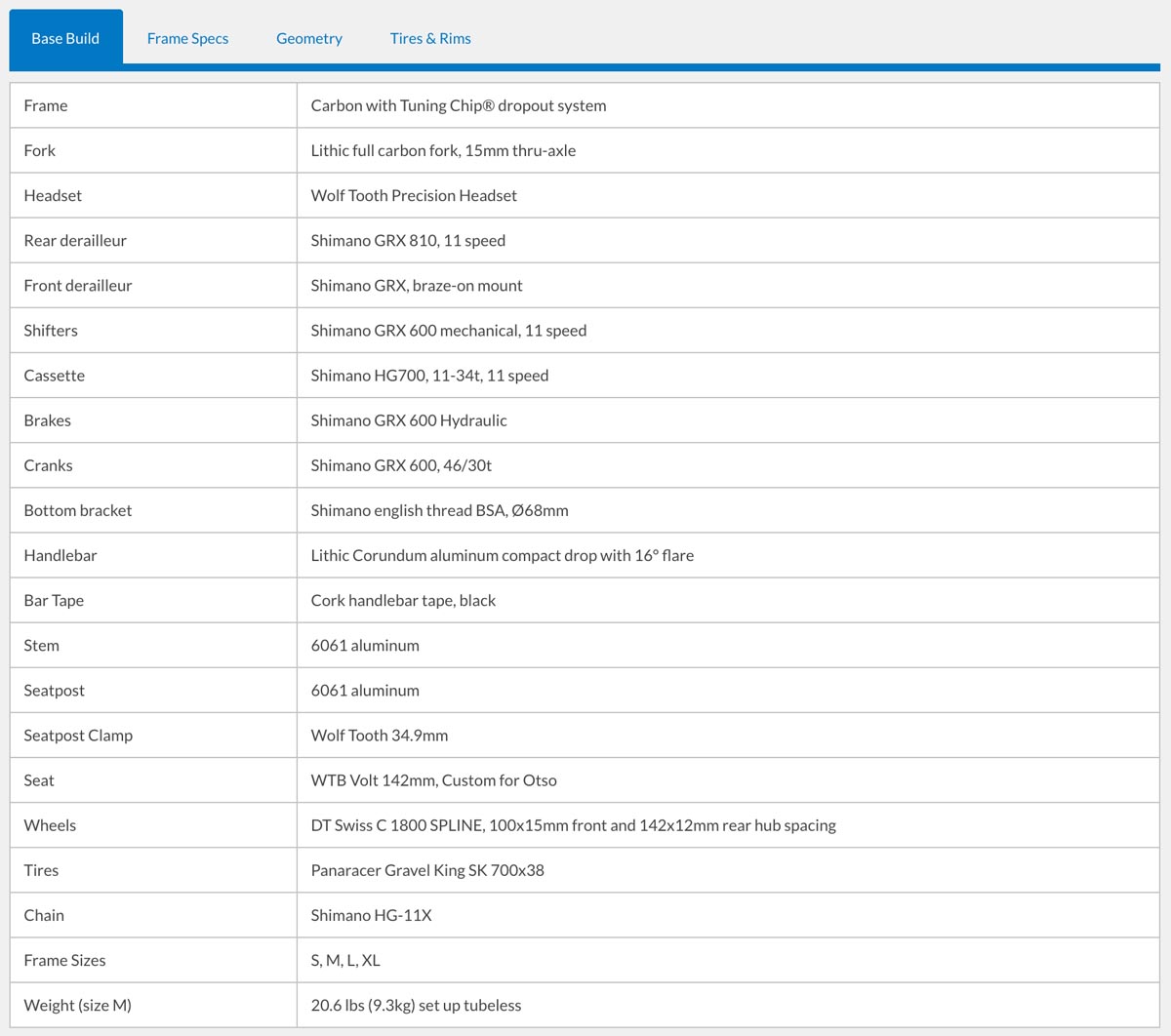 Available a frameset with a frame, fork and headset for $2,2550, complete bikes will start at $3,600 with a Shimano GRX base build shown above. Further customization to the build can be done with the Otso bike builder which provides a ton of options.

With the exception of the size small Gloss Red, all colors and sizes are available now.

They need more sizes. I see a 40mm jump in stack from M to L to XL.

Candidate for the frame only option I’m looking for to do both gravel rides and 100% road rides. Question about the tuning chip when switching between two wheelsets with the same hubs and cassette (one with ~40 tires and one with 28’s). If we assume I slide the chip forward for the road rides on 28’s, what other adjustments would potentially need to be made? Would any rear derailleur adjustments likely be needed when moving the tuning chip? Thanks

Can you flip that thing to make the cut at shorter? Pretty long rear end for a road bike

John, I’ve had a few of these bikes in for review and have a lot of time on the Voytek fat bike with the same Flip Chip system. For the most part, as long a the wheels are running the same rotor and cassette sizes, very little adjustments are needed. Since both the brake mount and the derailleur hanger move with the Flip Chip, the adjustments are preserved when you move the system.

In order to move the flip chip system, you need a 20mm socket wrench and a 5mm allen. The allen is for a bolt on the brake side, which allows the brake mount to slide with the dropout so the brake caliper is always in the right position without needing to make adjustments. Although, that is assuming your rotors are spaced similarly from wheel to wheel.

Same thing goes with the cassette. It’s possible for the cassette positioning to be off enough from wheel to wheel that small adjustments would be needed, but a quick run through the gears on a stand is all that’s needed to verify.

For the most part, wheel changes have been very quick and easy. Once you get the hang of it, you could have it done in about 5 minutes or less if you’re a competent mechanic.

Zach, thanks for the response! Doubtful that I can be called a “competent mechanic” but I’m sure I could get the hang of that flip chip system eventually.