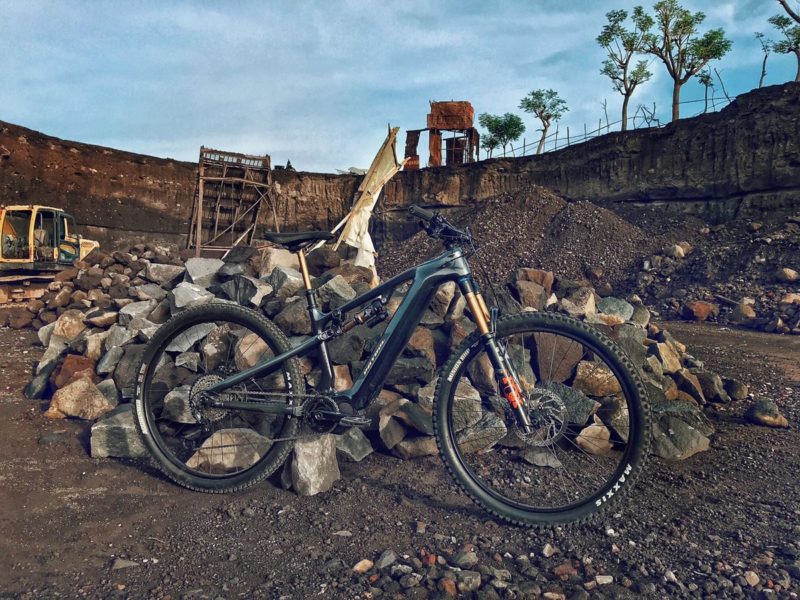 Patrol is powering up for more trail adventures in 2022. Building off their E-Zero and E-Six e-bike range, the company is adding their first ‘trail’ eMTB—and it happens to be carbon fiber. 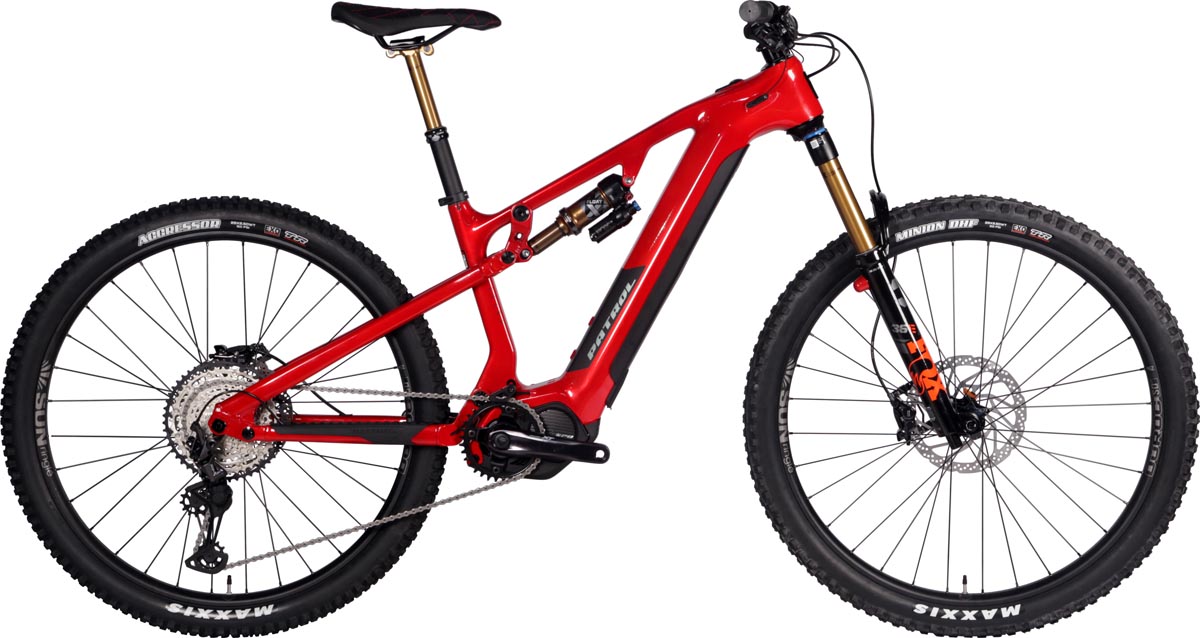 Following their naming structure, the E-Five has roughly five inches of rear travel. Or 130mm to be exact. To get there it uses the same Horst link suspension arrangement as the E-Six but in a sleeker carbon package. Up front, you’ll find a slightly smaller Fox 36 suspension fork set at 150mm of travel (compared to the 160mm travel Fox 38 on the E-Six).

Powering the E-Five is a full Shimano EP8 drive system. The E-Six had already been upgraded to include the newest Shimano e-bike motor, but you’ll notice there has been a change in battery for the E-Five. Instead of the SMP (Simplo) battery found on the E-Six, the E-Five gets a Shimano BT-E8036 630 Wh battery nestled as low as possible in the down tube to keep the weight low. Why the change? Patrol tells us that one of the main reasons was for this was to provide U.S. consumers easy access to any service needs through Shimano service centers since it now has a complete Shimano e-bike system.

That includes the powerful Shimano STEPS DU-EP800 motor with 85Nm of torque, SC-EM800 display, SW-EM800 L Switch, and the SD300 power button located on the top tube.  There’s also a full Shimano build kit with two models, one with an SLX drivetrain and MT420 brakes, the other with an SLX/XT drivetrain and XT brakes. 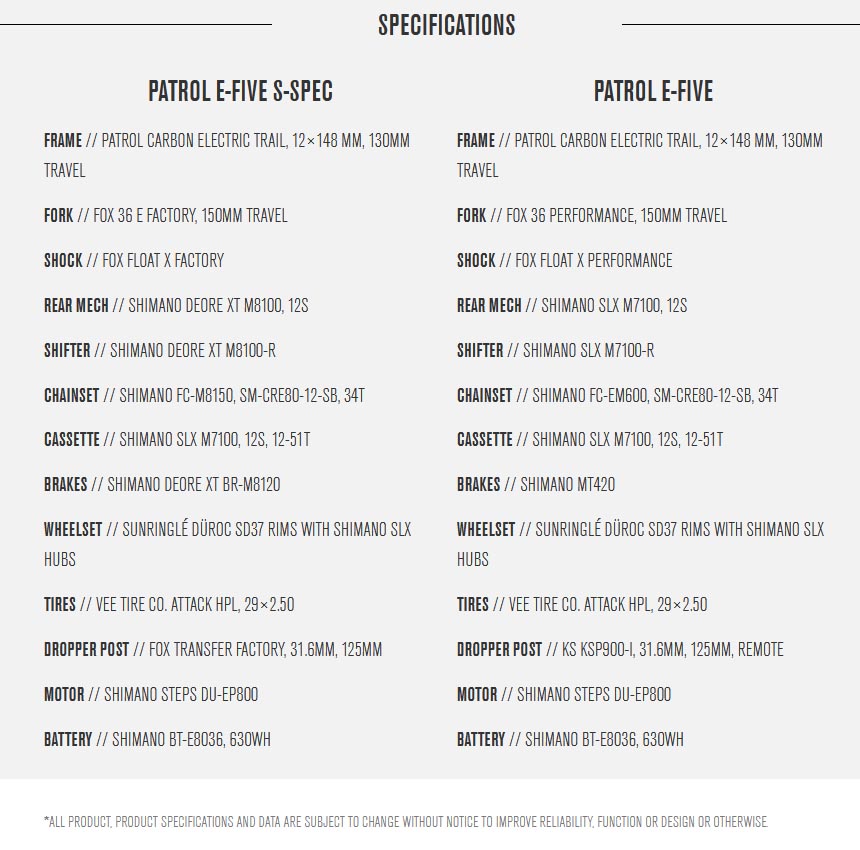 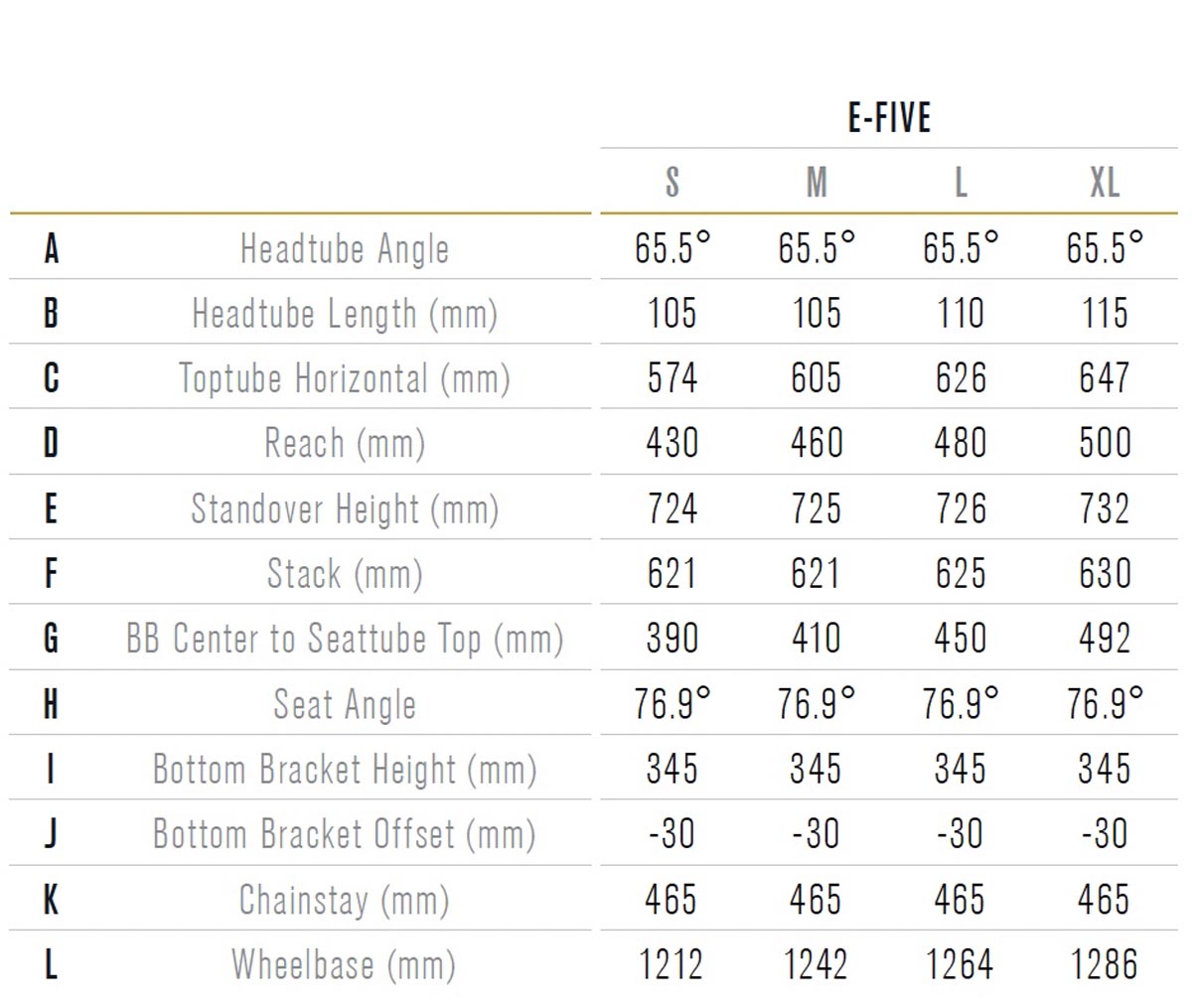 Offered in four sizes, the E-Five is longer than the E-Six, with a longer wheelbase, bigger top tube numbers, and a slightly longer reach. It’s also a bit steeper with a 65.5° head tube angle and 76.9° seat tube angle and has a  slightly lower bottom bracket and similar standover height. Notably, the chainstays have gotten 20mm longer, going from 445mm to 465mm. 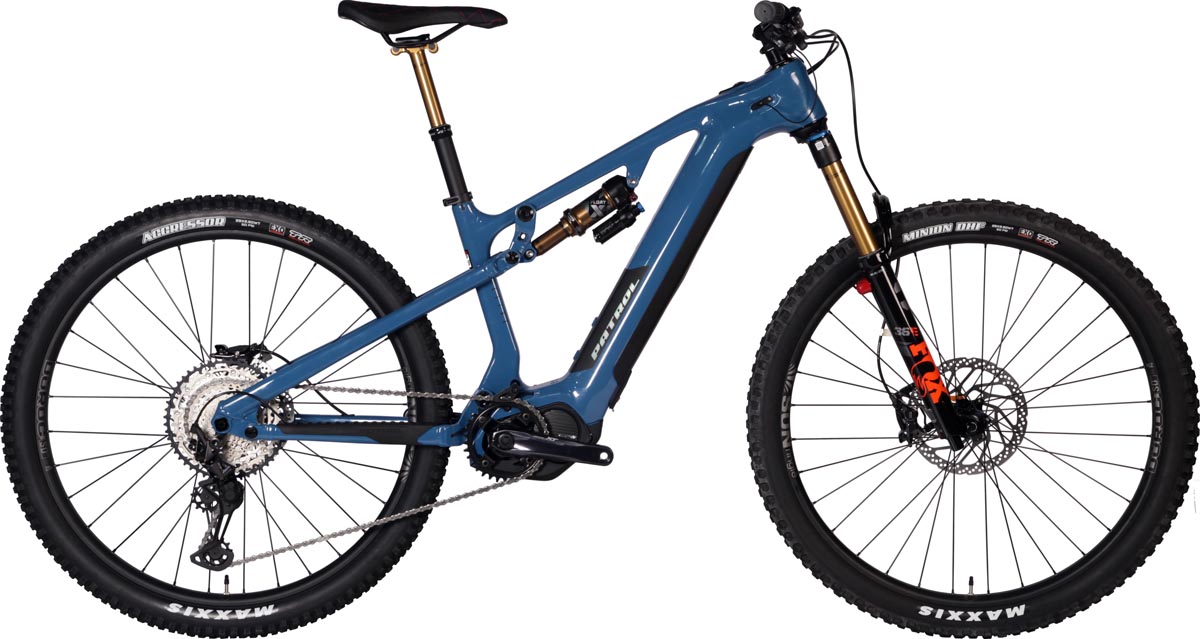 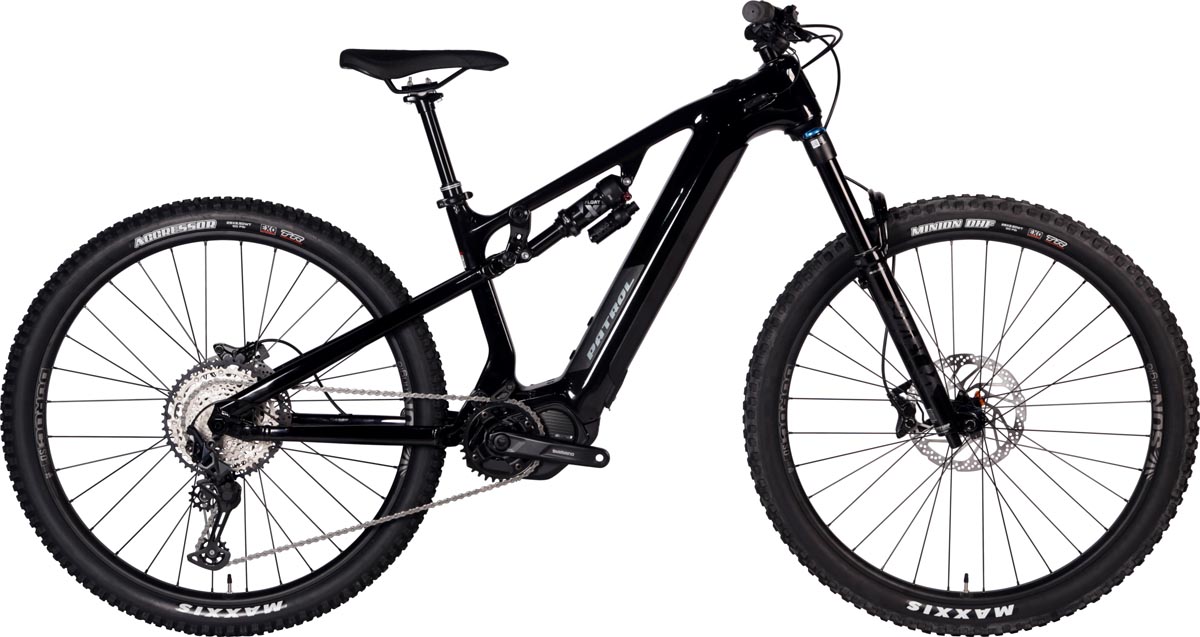 Currently, pricing and availability are unknown, but we’ll update this when Patrol makes that info available.