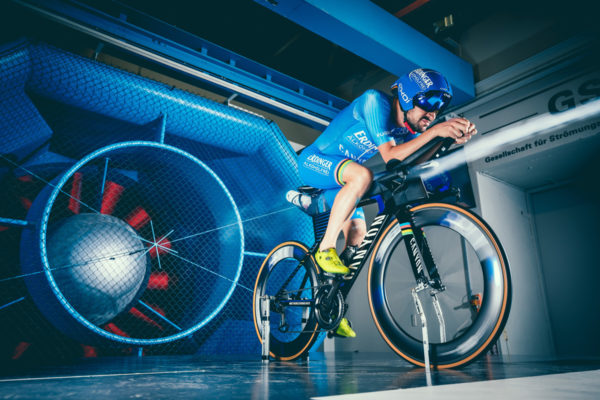 Even if you’re not into triathlon yourself, you have to admit the technology employed to shave mere seconds is absolutely fascinating. Take Project 101 – the premise is pretty simple, figure out a way to help Patrick Lange shave 101 seconds off his 2017 Ironman Kona winning time of 8:01:40. That would put Patrick in an elite group of athletes who completed an Ironman in under eight hours. So where has Project 101 focused their efforts? The aerobar extensions of all places… 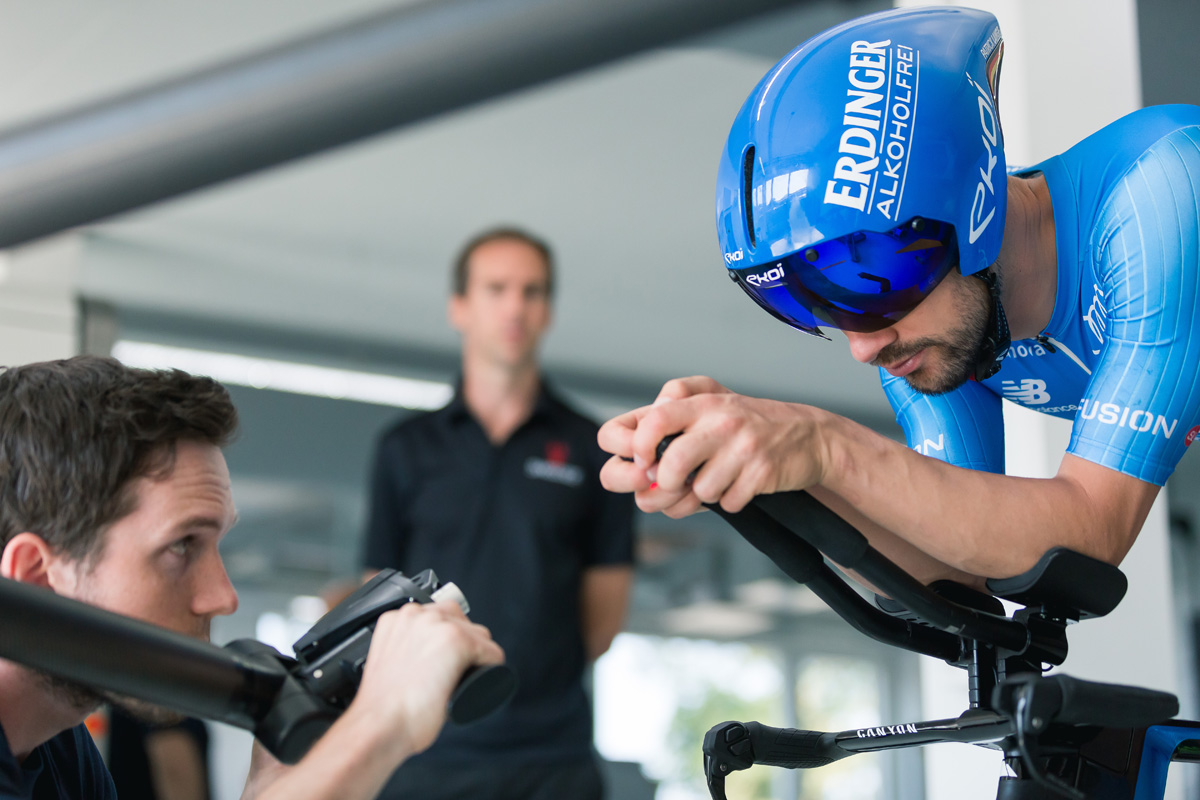 But when you look at Patrick’s position, that’s not as crazy as it sounds. Since he rides with his extensions at a high angle, there is apparently enough drag created that it was worthy of attention. To improve his aerodynamics (and hopefully his time), the extensions would be completely rethought through the magic of 3D printing. 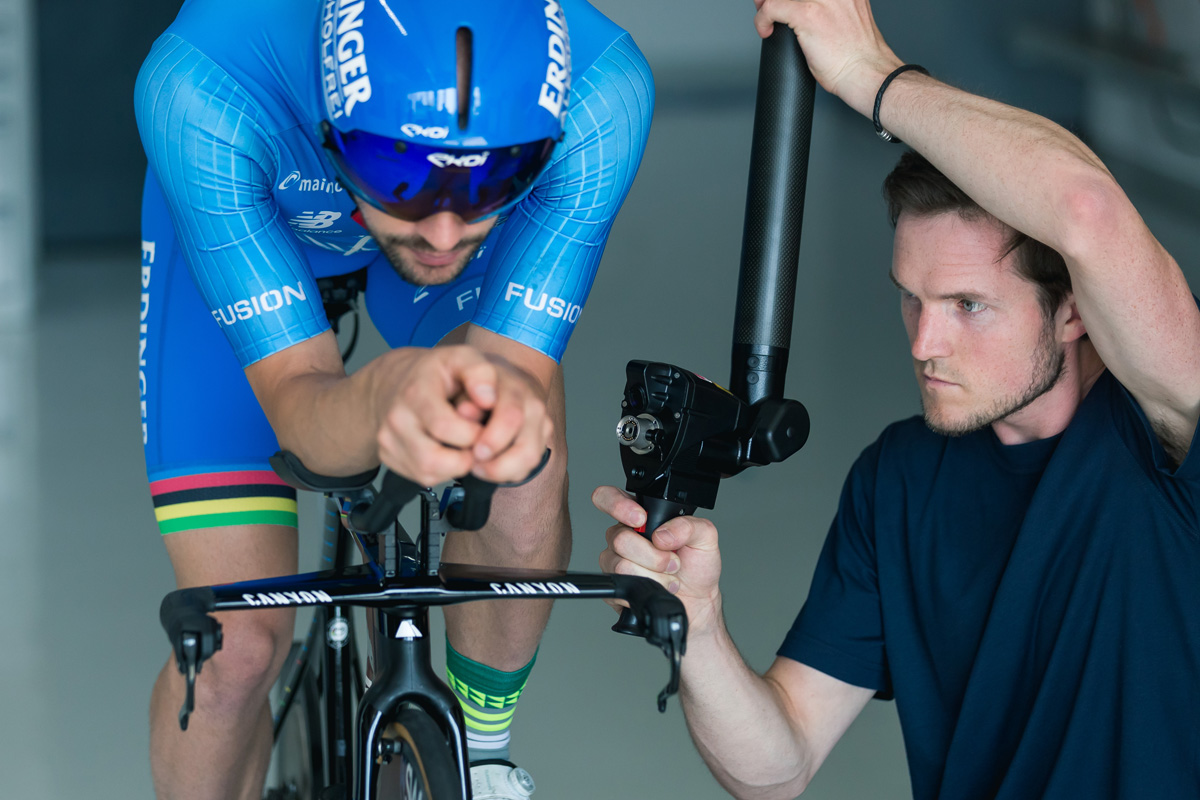 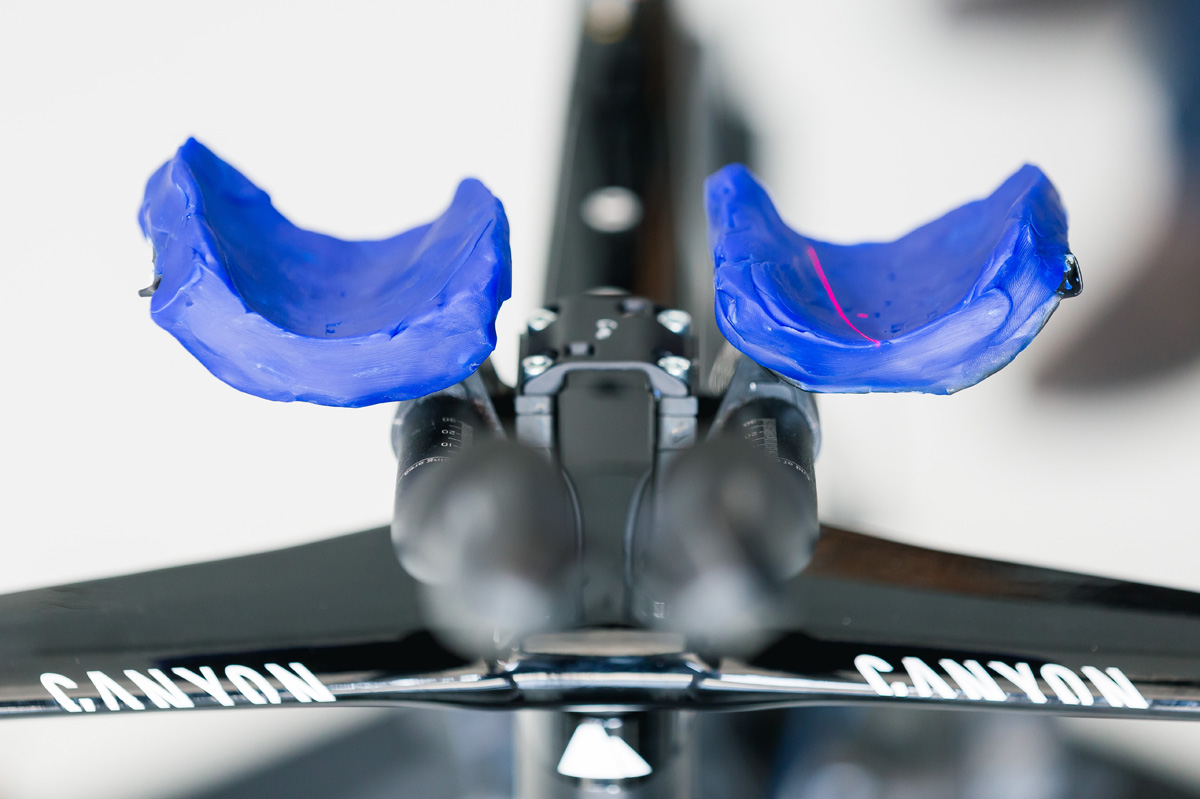 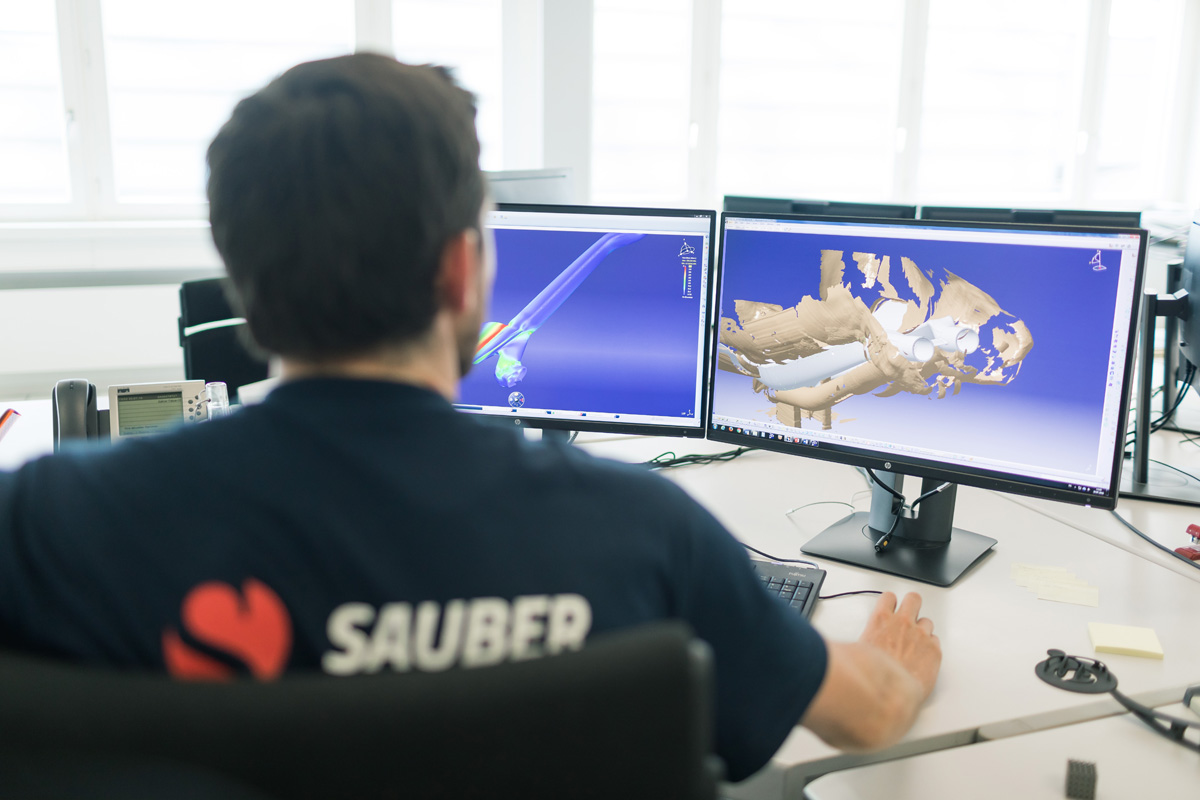 As a collaboration between Swiss Side, Canyon Bicycles, and Sauber Engineering, the concept started with CFD modeling and a 3D printed part in plastic. Wind tunnel testing with this early prototype showed promise, so the project continued. To turn that plastic into a real metal part, Sauber used their technical wizardry to scan Patrick’s arms and elbow impressions to perfectly sculpt the final extension to his arms. During this process, the design was also optimized for weight and strength with the end goal of extensions that were not only more aerodynamic, but stronger, and lighter as well. From this stage, a second rapid prototype was created in plastic to confirm the fit and finish before the more costly step of printing in titanium. 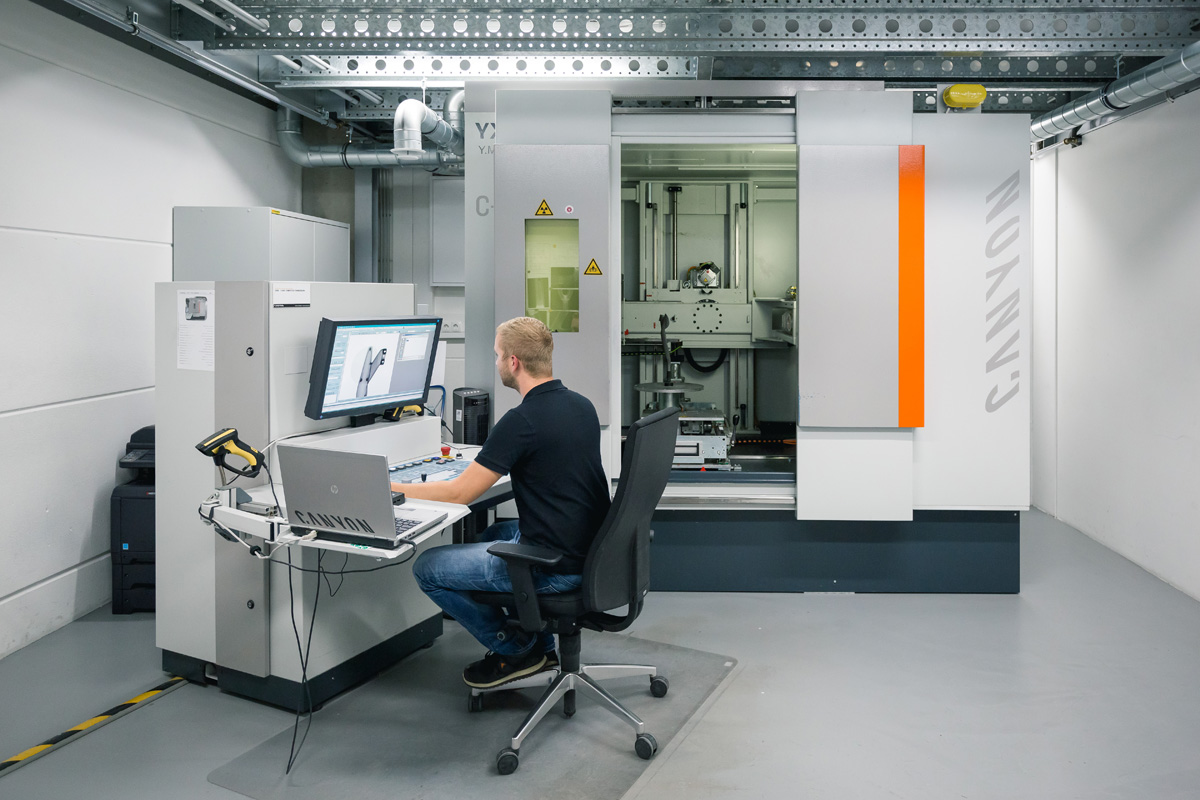 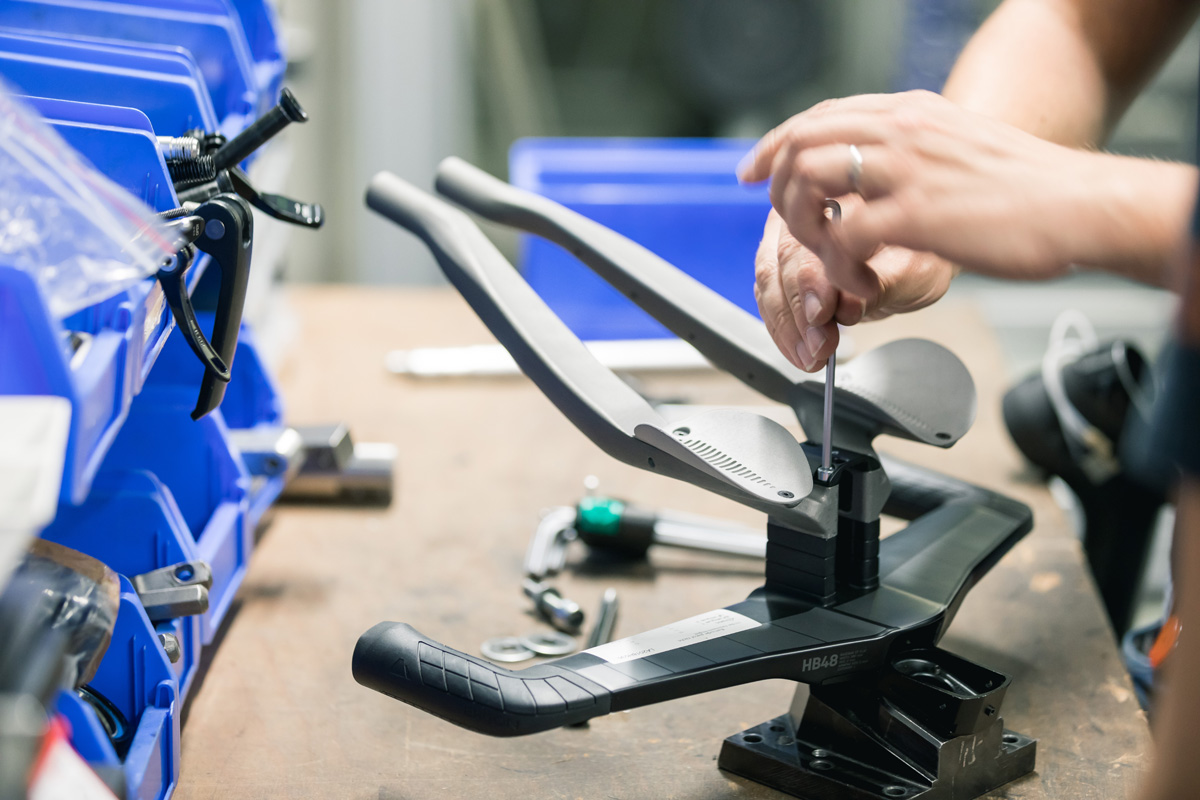 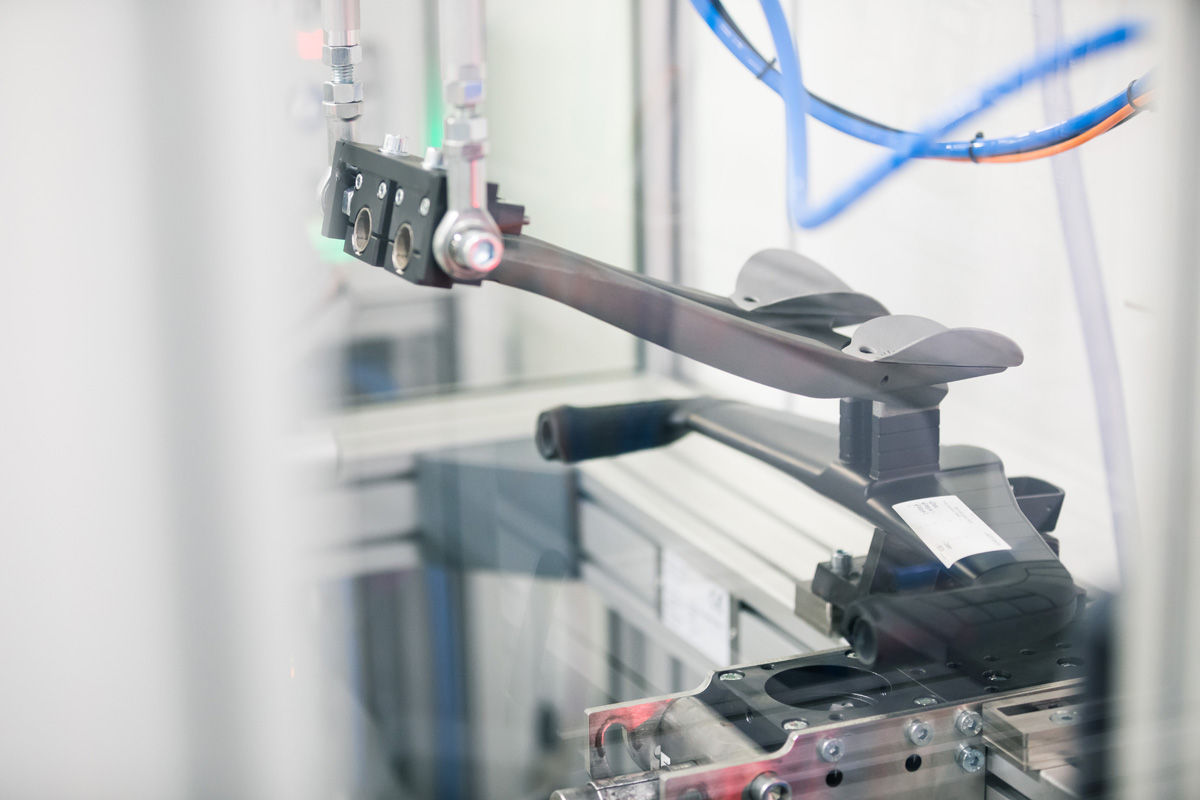 The finished extensions were printed from titanium with 3D printed aluminum shells for the custom pads from Canyon. After passing Canyon’s testing protocol for durability, the extensions were given the green light. The finished products is supposedly more aerodynamic, more ergonomic, comfortable, lighter, and stronger – and undoubtedly a lot more expensive. 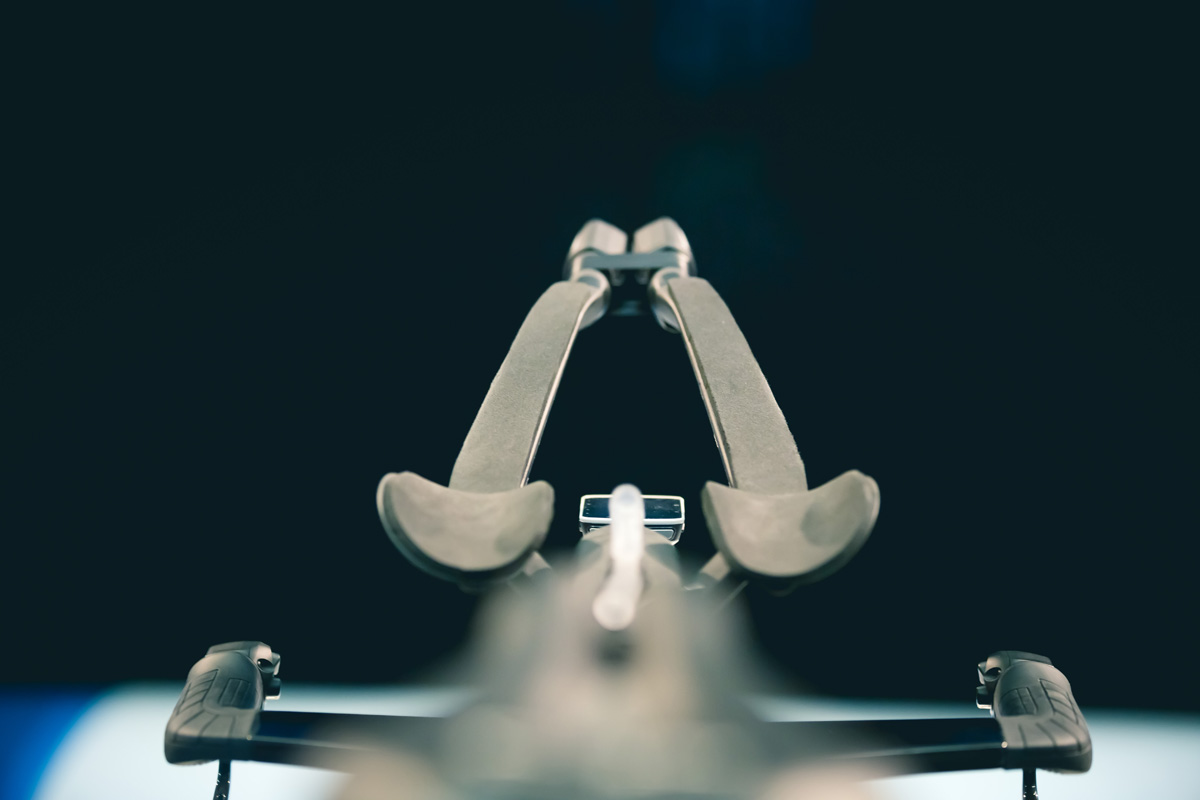 Tune in on Saturday to see if the aerobar extensions (and extensive training) did the trick!

and in the descent even more

Why does he have his ass towards the fan?

Most, if not all, wind tunnels use a fan(s) that suck the air from behind the rider into a larger void that is then circulated back to the front of the rider after passing through a series of increasingly fine mesh screens to refine the air for more accurate and consistent air flow quality.