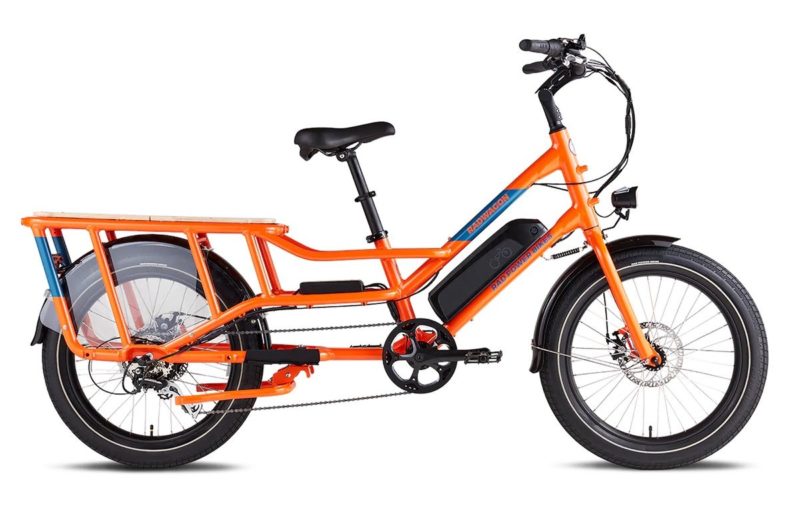 On Aug. 31, Rad Power announced the first of two voluntary stop-ride notices on parts for its RadWagon 4 ebikes. Now, those stop-ride notices are officially a recall through the CPSC (updated details below). It found that the rim strip on some of the powered cargo bikes could be misaligned due to an assembly issue.

A misaligned rim strip can expose the inner tube to the spokes and nipples, and a puncture can result. Rad Power said it also found another flaw during its investigation — this one with the RadWagon 4’s tires.

The company said on Sept. 9 that certain tires with a ribbed sidewall could exhibit quality issues leading to an increased flat risk.

Rad Power has now disclosed that they have received 137 reports of tires blowing out, with eight of those resulting in injuries from road rash to a broken arm. It first advised anyone who purchased a RadWagon 4 on or after June 1, 2022 to stop riding immediately. Then when it found the tire flaw, it expanded the stop ride notice to the bikes’ entire production run.

On November 03, 2022, the company issued an official recall in conjunction with the Consumer Product Safety Commission (CPSC).

Rad Power stop-ride notice details and how to proceed

First, Rad Power confirmed that the rim strip issue does not affect your RadWagon 4 if you bought it before June 1, 2022. The company noted that a risk of injury does exist if the tube punctures during riding, and notified every owner of an affected bike “in an abundance of caution.”

It also said that internal testing indicated a puncture would “likely” occur within the first 60 days of riding, if the misalignment were present. 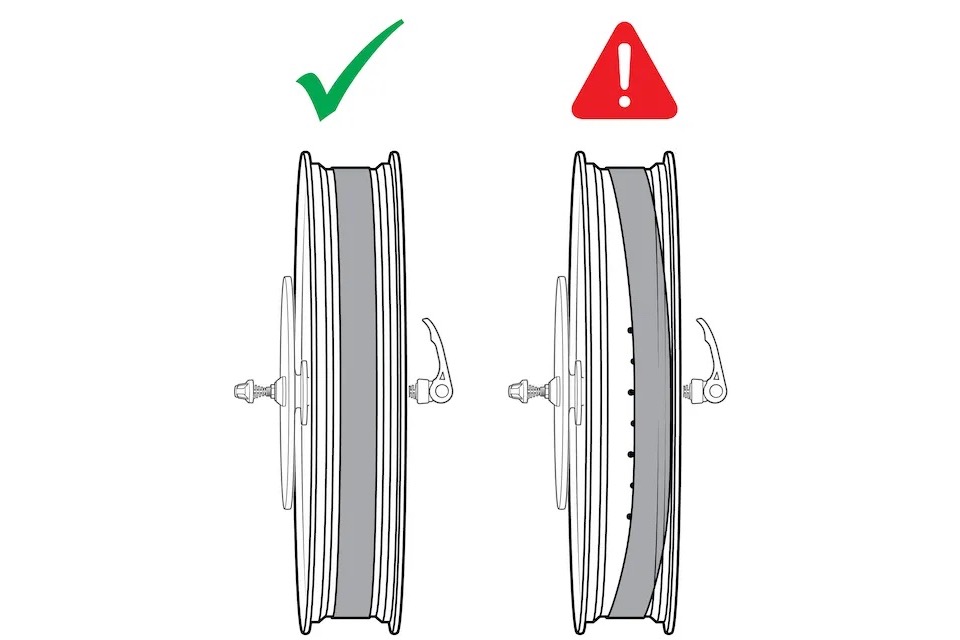 The company asked owners not to fix the rim strip issue (a relatively simple repair) on their own, as its investigation was ongoing as of the stop-ride notice.

When it discovered the tire issue, it told all RadWagon 4 owners to stop riding until they confirmed their tires did not have the ribbed sidewall. The small ribbed section is right next to the bead, just above the rim wall.

It did not specify when it started or stopped using each tire type in the bikes’ production, so could not offer any safety information based on purchase date. As a result, anyone who owns a RadWagon 4 should inspect their bike before riding it.

To submit your information for a repair, go to Rad Power’s recall notice and fill in the required fields.

Rad will provide the parts and service at no cost to customers, it said. Repairs that stem from either defect will include an inspection for the other issue. The company plans to send parts directly to bike owners. It will then work with them to book a service appointment at a shop nearby.

Rad Power said it is “working feverishly” to produce replacement parts on an expedited basis. However, the delivery process may take up to three months to complete, the company said.

Editor’s note: the original version of this story called this a product recall. At the time, there was no recall, rather Rad Power has issued a “stop-ride notice” for the affected models. The story had been updated to reflect this.

Update: While Rad Power made it very clear that they did not want us to call this a recall when the initial post was written, it is NOW an official recall with the CPSC. According to the recall notice, “The firm has received 137 reports of tires blowing out, deflating and separating from the sidewalls. There were eight injuries including five reports of road rash, cuts and/or bruises and one report of a broken wrist and one report of a broken arm.”

If I’m not mistaken, an 18″ moped tire will fit a 22″ bicycle rim. Would just be a question of how well the bead seats. Using a proprietary tire size was a major flaw in their design.

It makes servicing more difficult but production defects can happen whether proprietary or not. The rim strip issue just seems like a simple spec mistake.

This issue has persisted for longer than they are admitting. My wife was riding on one of the effected bikes more than a year ago with our 2 children when the front tire blew out. Fortunately our 2 (2 year old and 4 year old) children were not seriously injured, although they did have mental trauma from the incident. My wife on the other hand did sustain a broken humerus and was prescribed several months of PT. When we reach out to Rad we did not get any acknowledgement of the issue even though we described the exact problem.

How does one join the class-action lawsuit?