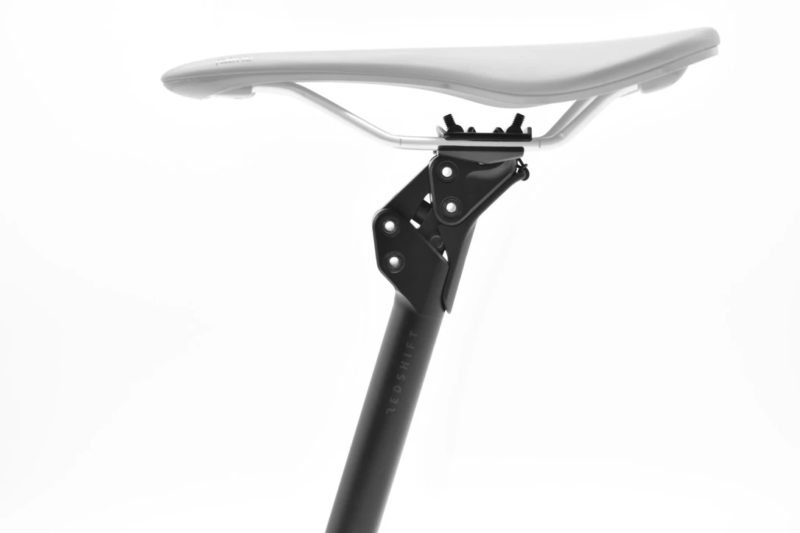 The crew at Redshift are once again leveling up their suspension components. Not long ago, it was their ShockStop Suspension Stem that got a PRO level upgrade. Now it’s their seatpost’s turn. 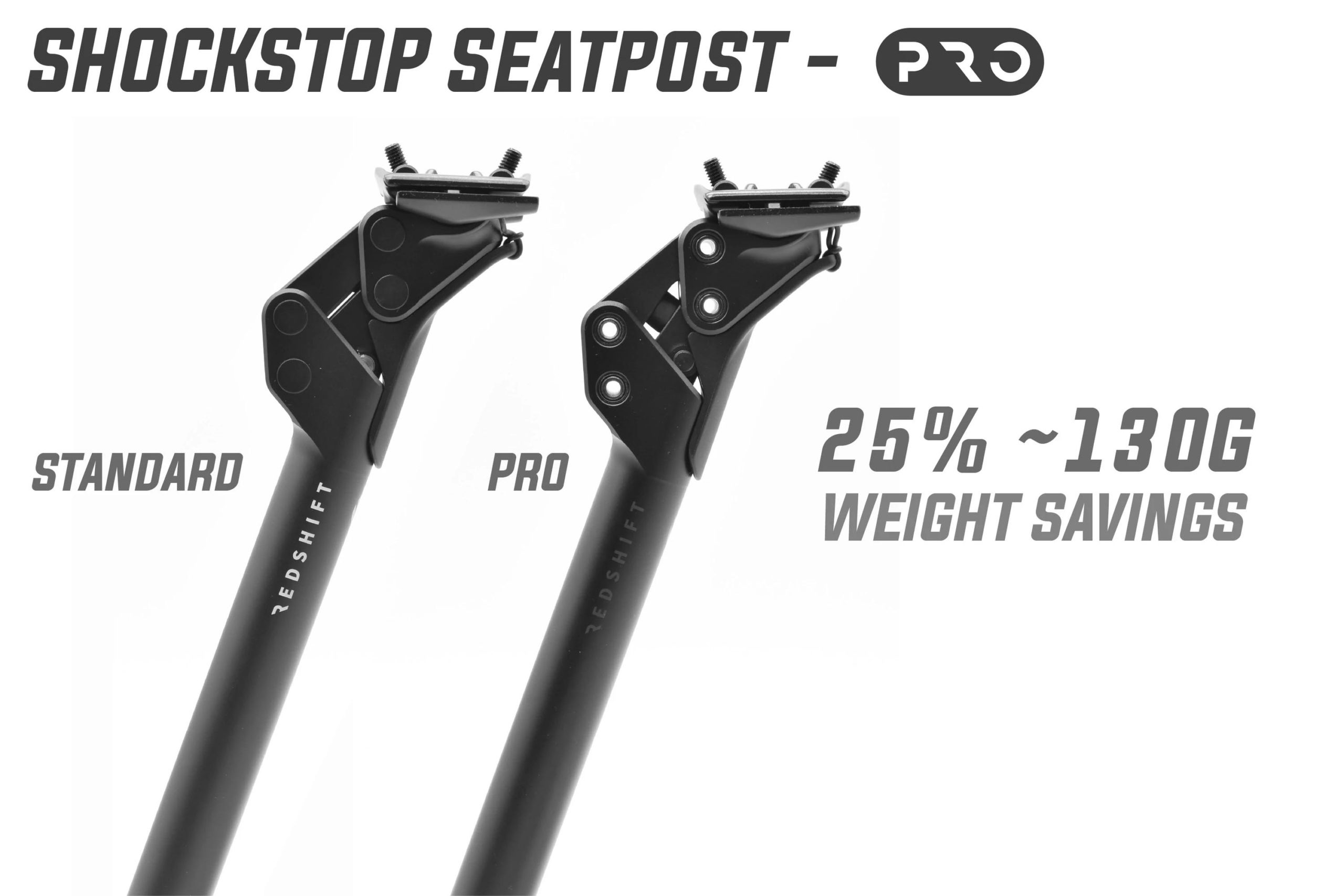 Starting with their excellent ShockStop Suspension Seatpost, the new PRO RT version keeps the same basic layout as the original, but with a few key changes. One of the most welcome changes is probably the weight. The new design which includes hollow pivots drops the weight by 25% or slightly more than 130g. Granted, this is still a 380-415g post, but that’s better than 500g+. 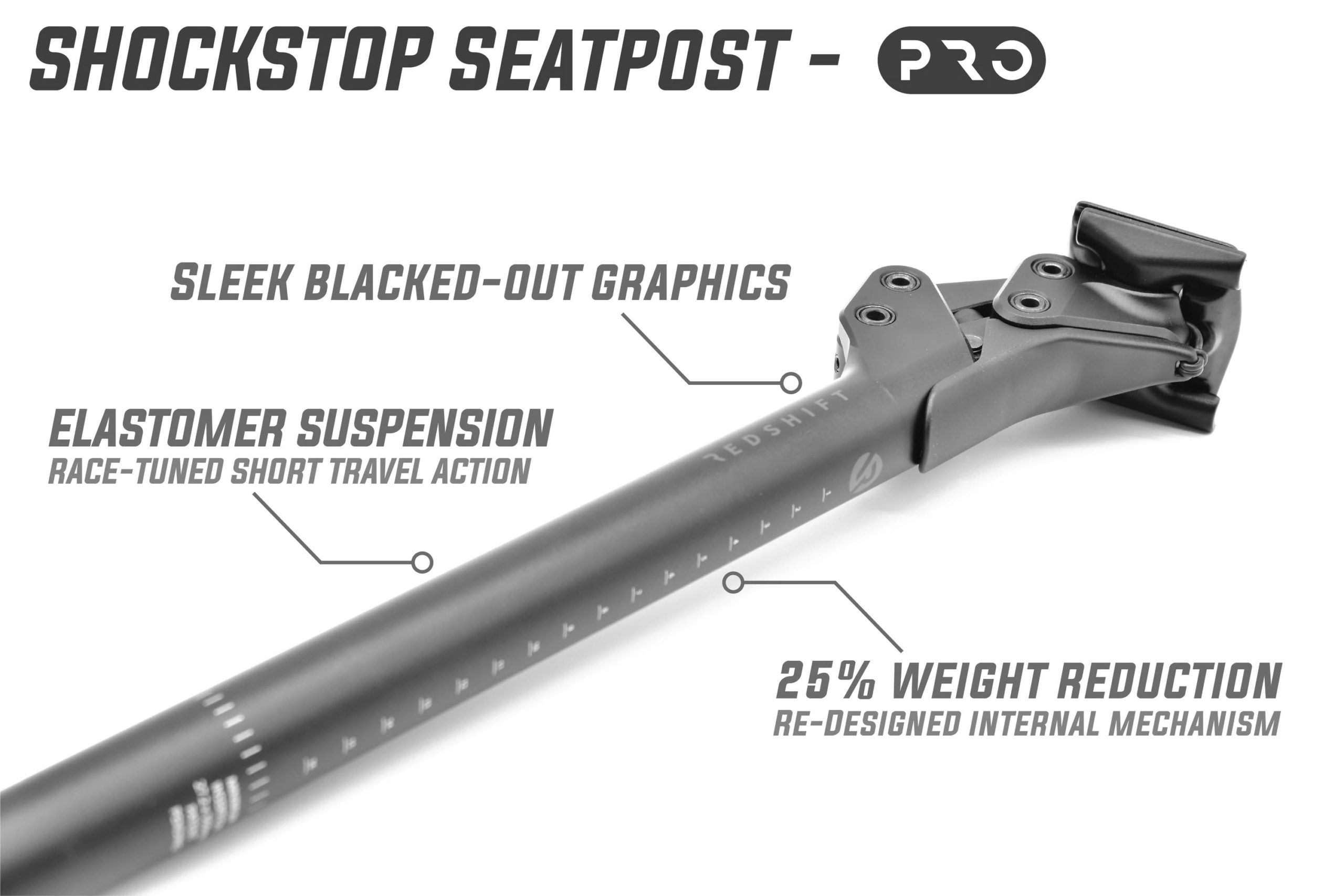 Part of that weight reduction seems to be a move to an elastomer-based suspension design that eliminates the adjustable preload found on the original. This results in total travel dropping from 35mm to 20mm for the PRO RT. Redshift calls it ‘Race-Tuned (RT)’, implying that it’s likely firmer than the original while still taking the edge off road vibrations and big hits. 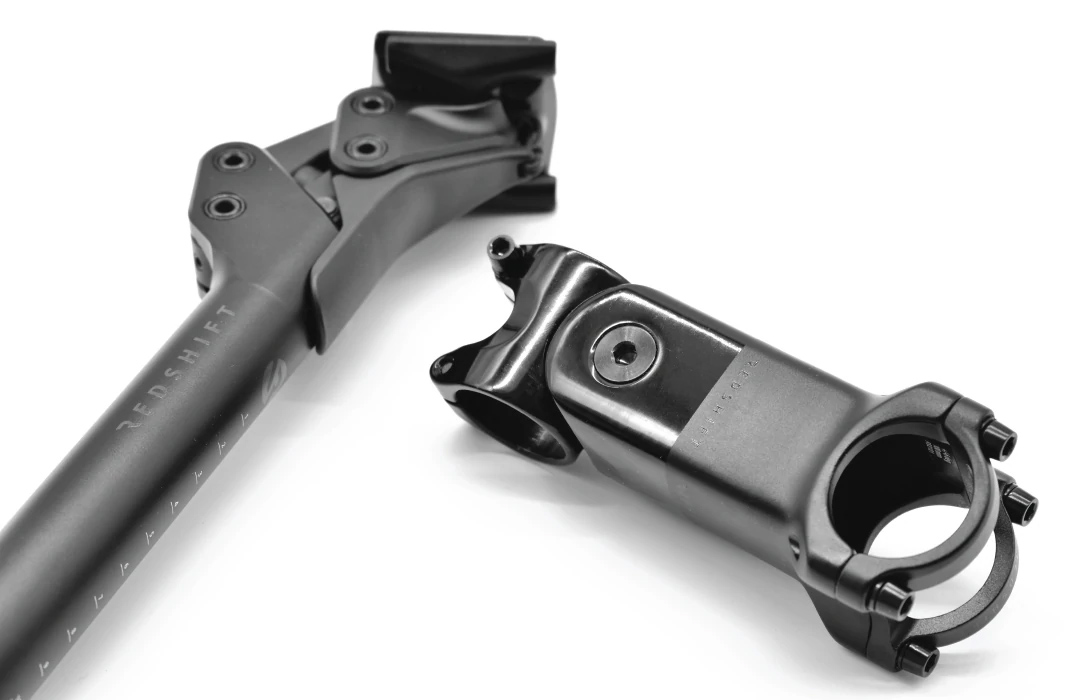 Offered in 27.2mm diameter only, the  6061 T6 aluminum posts will come in two lengths—280mm and 350mm. Priced at $299, the posts are available for pre-order with seatposts expected to ship this month.