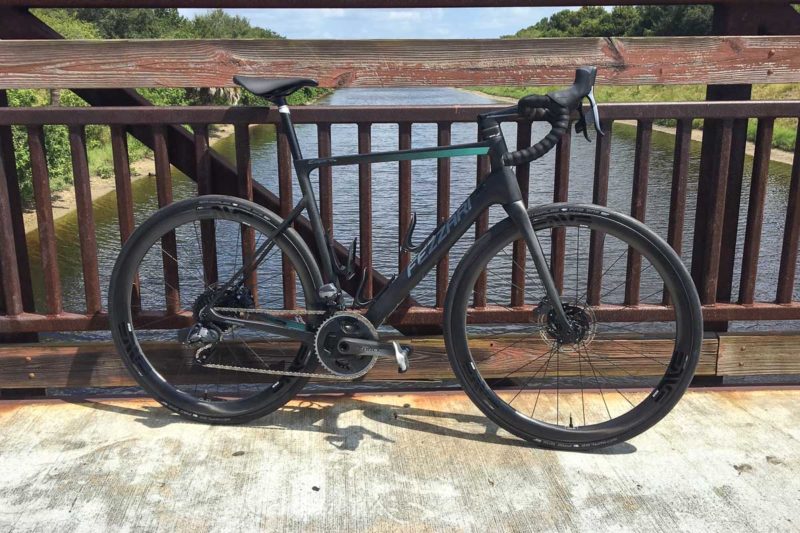 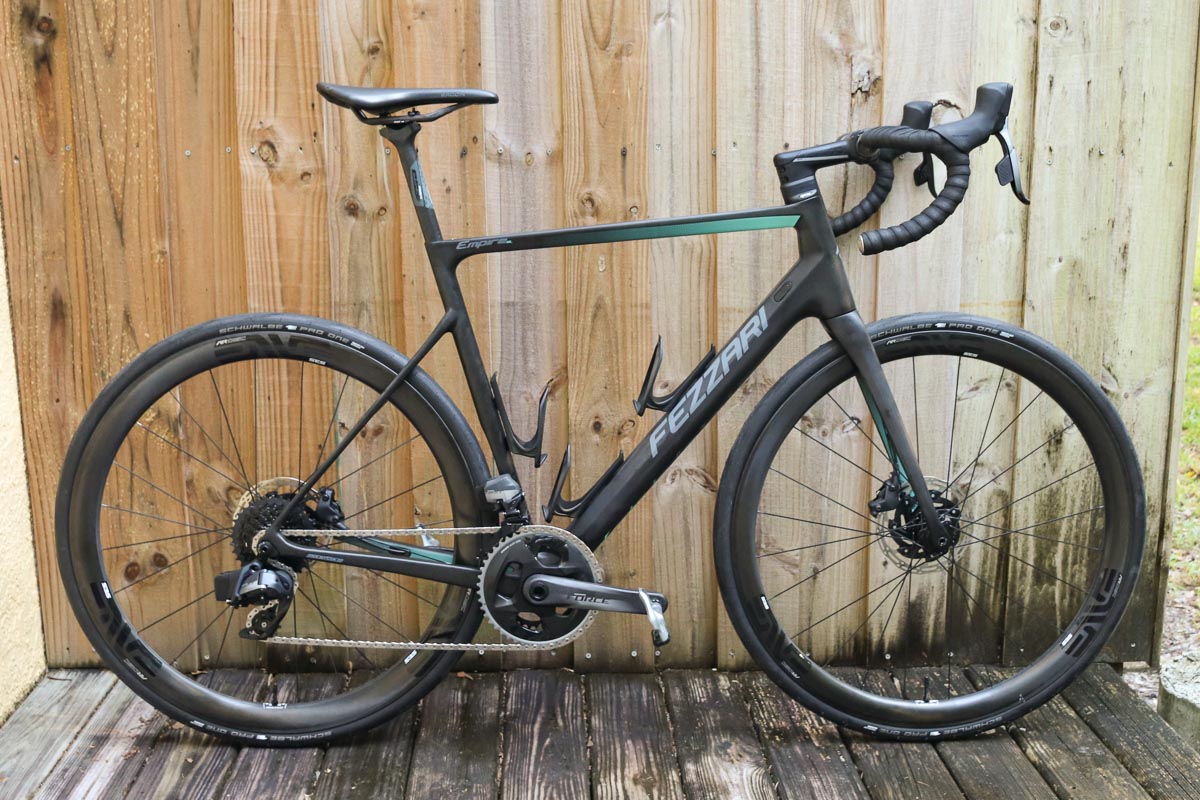 Fezzari officially launched the new Empire early this year, and now we’ve had a chance to take it through the paces. On paper, it looks highly competitive, with a price and weight combo beating most competitors, along with all of the features you’d expect – thru axles, internal routing, and clearance for 32mm tires. Fezzari calls it their “do-it-all” road bike, a quickly growing category. 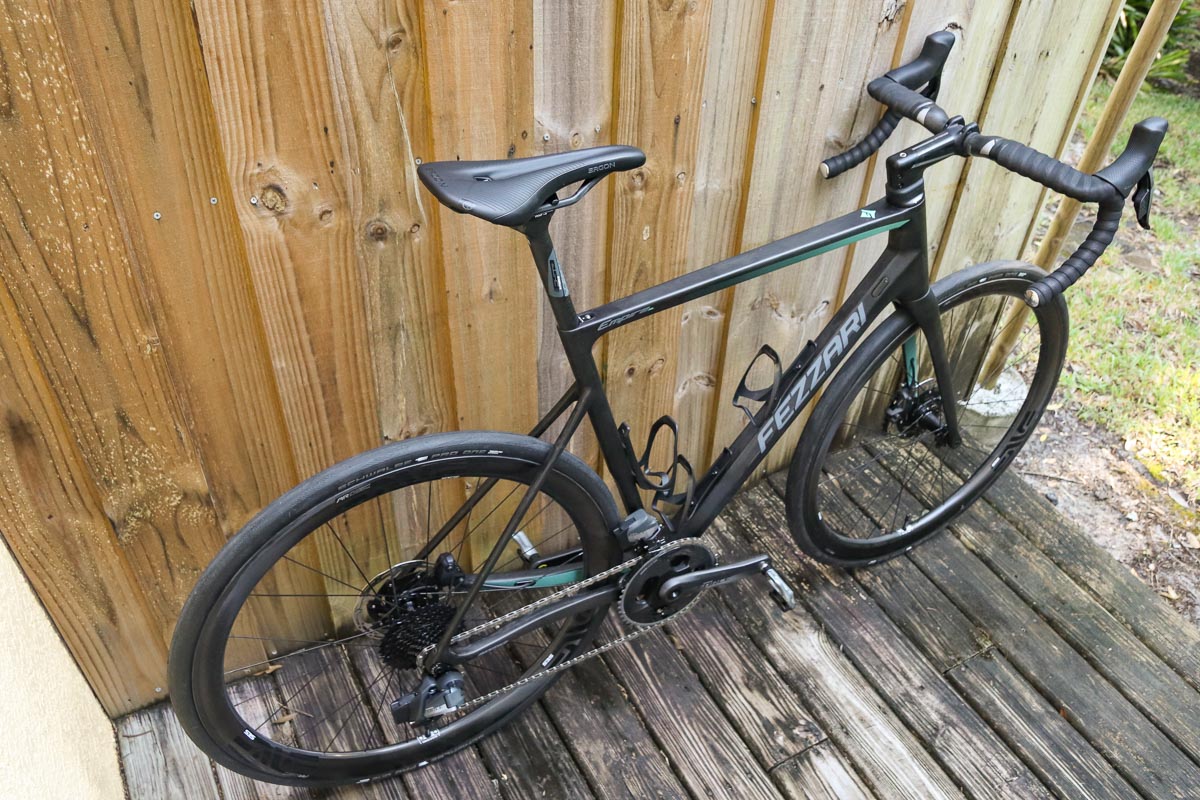 Just what is a “do-it-all” bike? It’s not a climbing-specific bike, though it’s super light at 815 grams for a medium frameset. It’s not an aero-specific bike, but it looks to tick most of the aero boxes like internal cable routing and thin fork legs. Perhaps it’s best called an endurance bike, but it lacks the suspension systems that some competitors have – in favor of keeping the weight as low as possible. 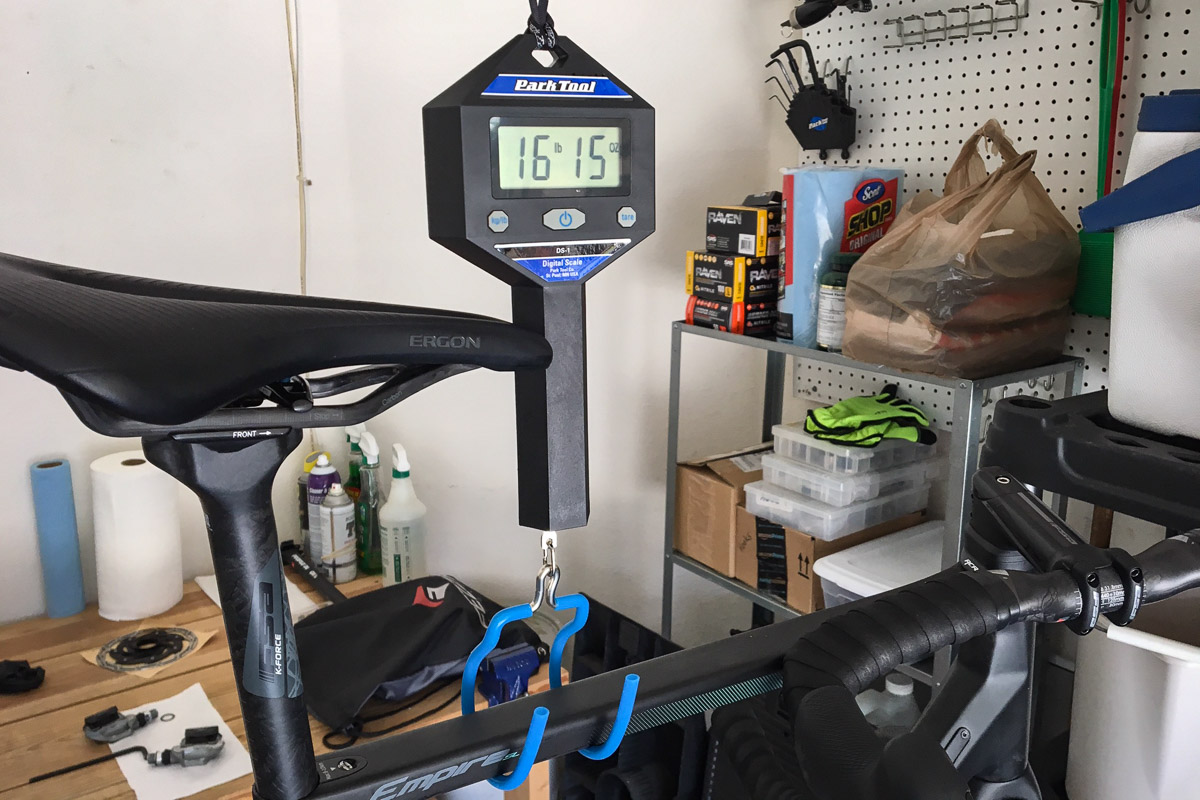 Speaking of weight, our large test bike came in under 17 pounds (sans pedals). This is about 200 grams – and $2,500 cheaper – than the (similarly outfitted and same-size) BMC Roadmachine we tested earlier this year. 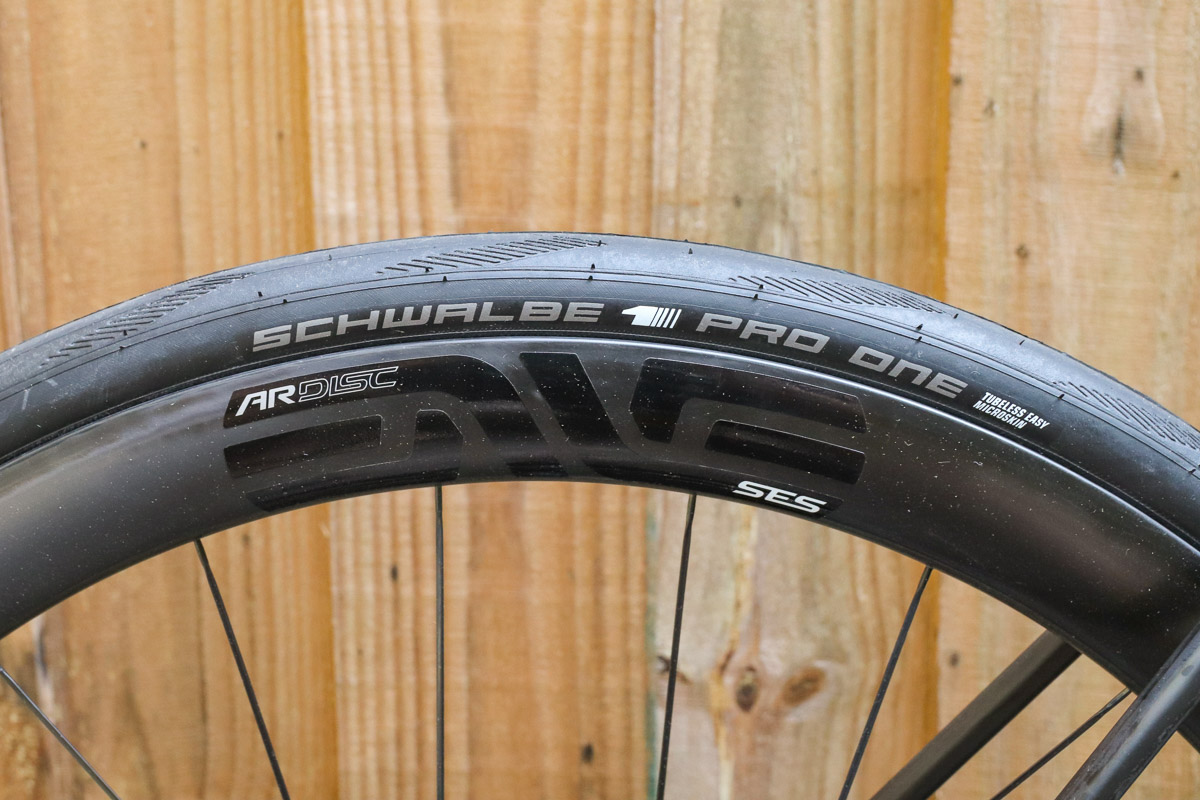 Note, however, that our build wasn’t quite stock. The SL Pro Race is the second-from-top build, with SRAM Force AXS and Reynolds AR41x wheels. The Reynolds hoops were unavailable at the time of our test, so Fezzari upgraded us to the ENVE SES AR 3.4 from the top-end SL Team Edition spec. Regardless of wheel model, they bolt up with 12mm thru axles front and rear. 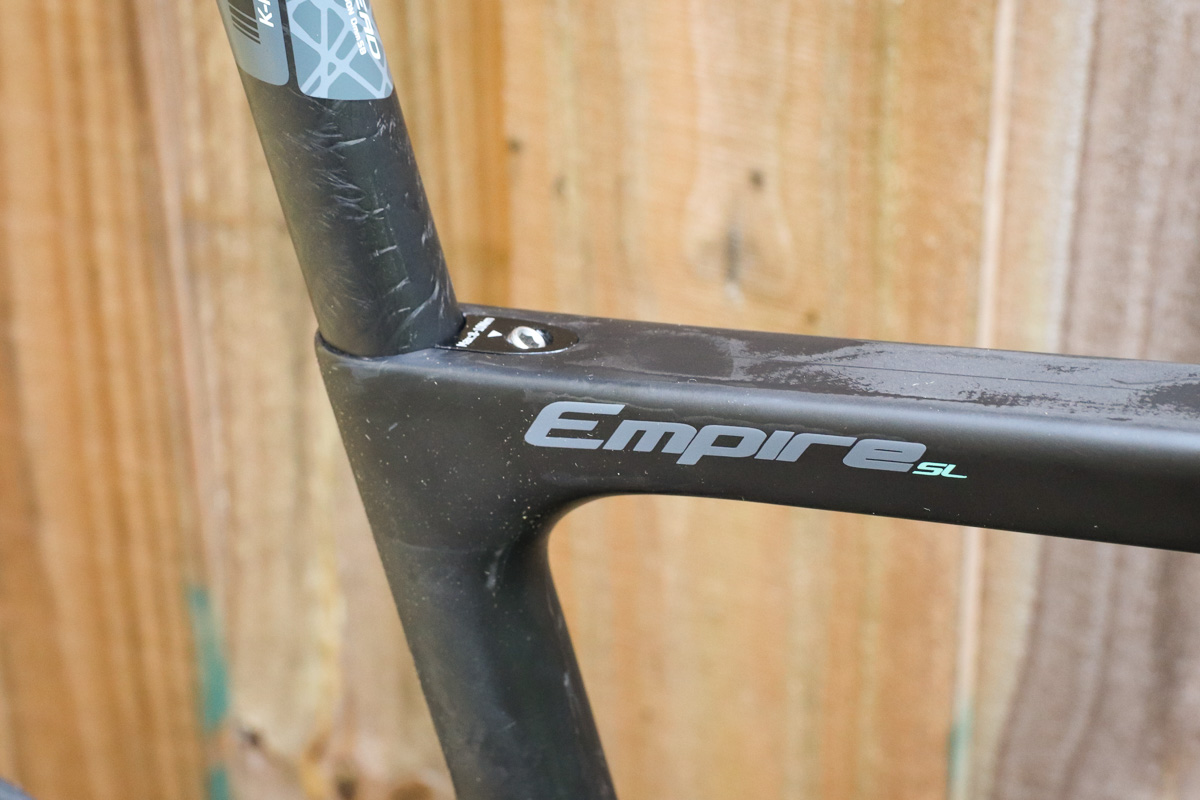 A 4mm bolt and internal wedge system keep the FSA seatpost and stock Ergon saddle in place. The bolt is fairly exposed, so it’s a good idea to slather it with grease upon assembly. 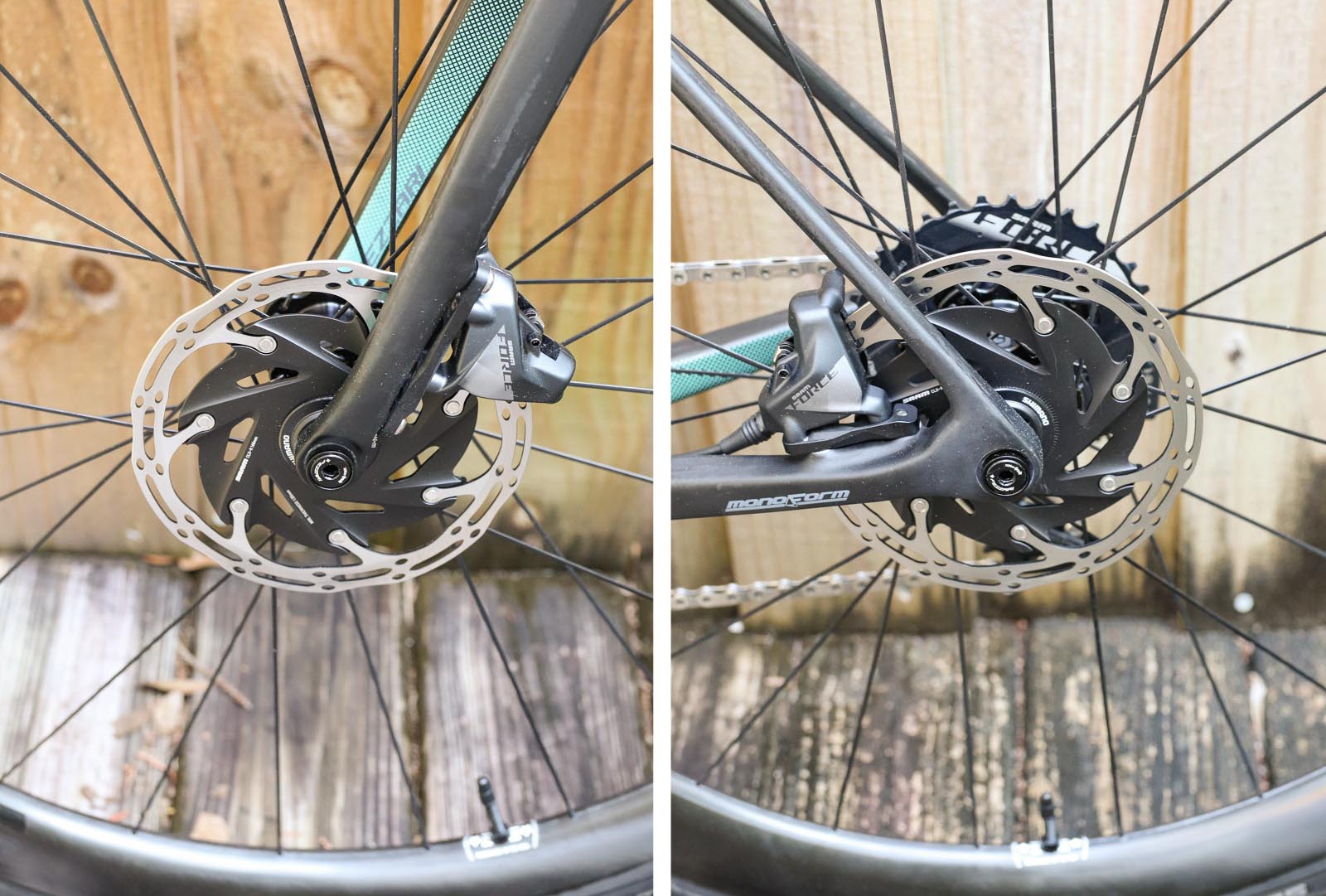 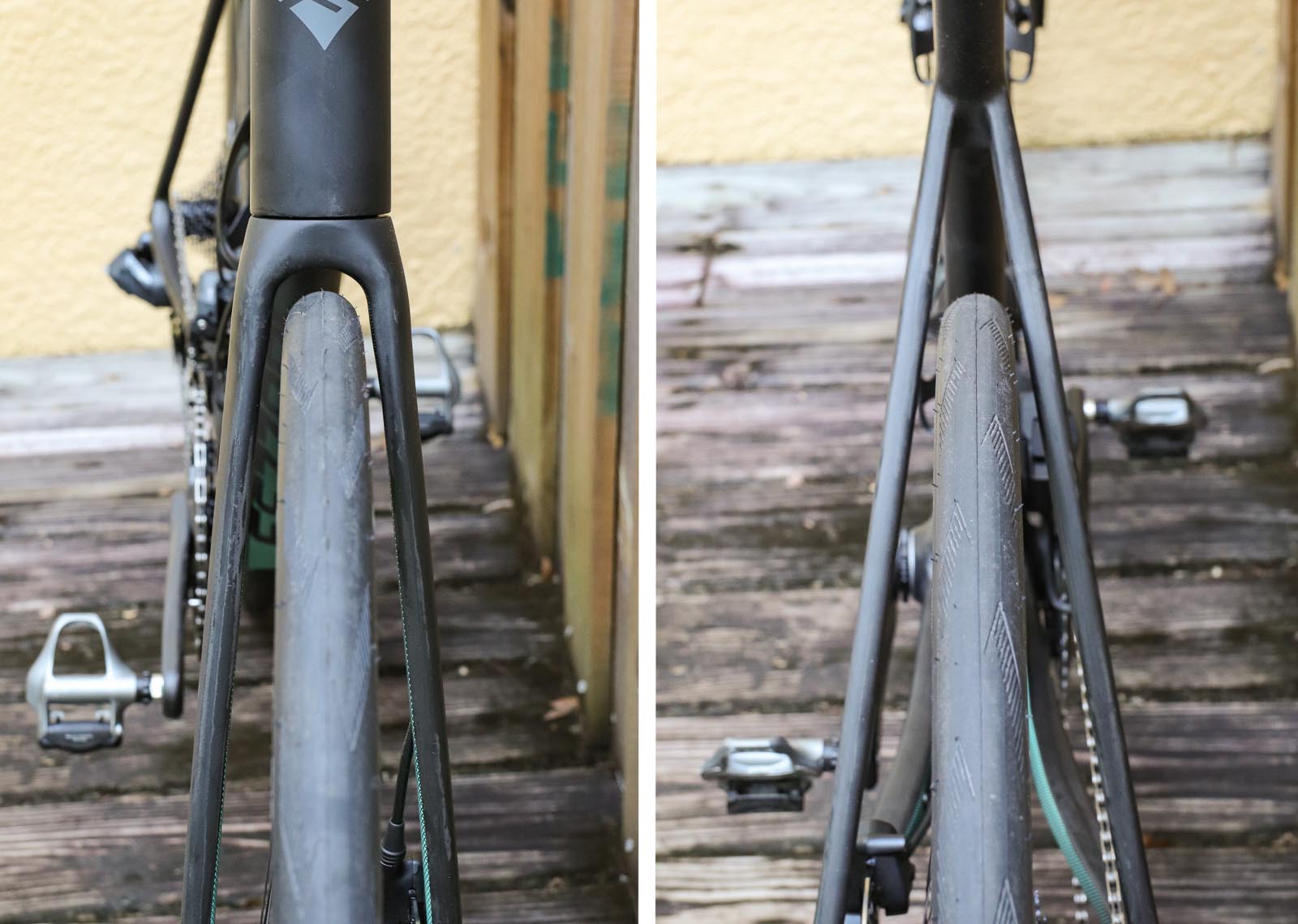 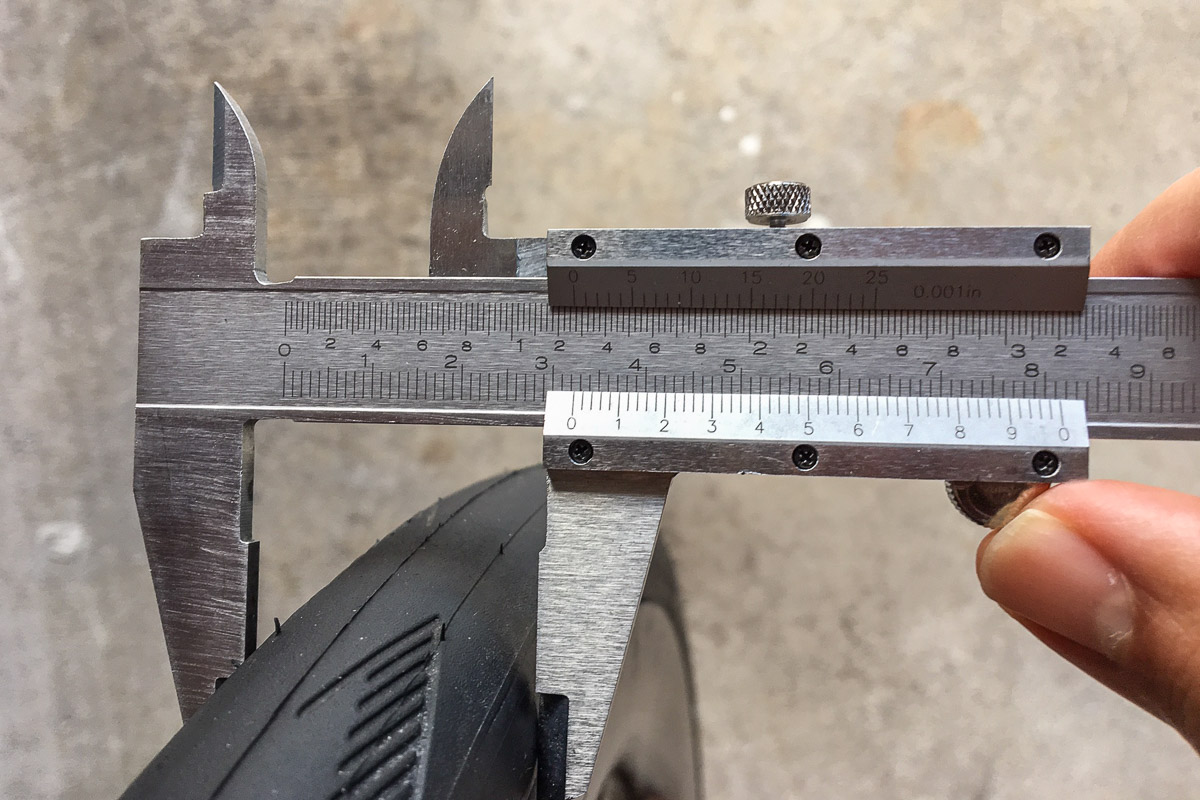 Tire clearance is quoted at 32mm. Our test bike came with 28mm Schwalbe Pro One tubeless tires, which ballooned to a full 32.4mm on the wide ENVE rims. The AR 3.4’s have an internal width of 25mm, which is mammoth compared to the road rims of yesteryear. Newer tires are beginning to correct for wide rims, with some of the latest tires being downsized for a 19mm internal rim width… whereas most previous models (such as our Pro Ones) are based on 13-15mm internal widths. 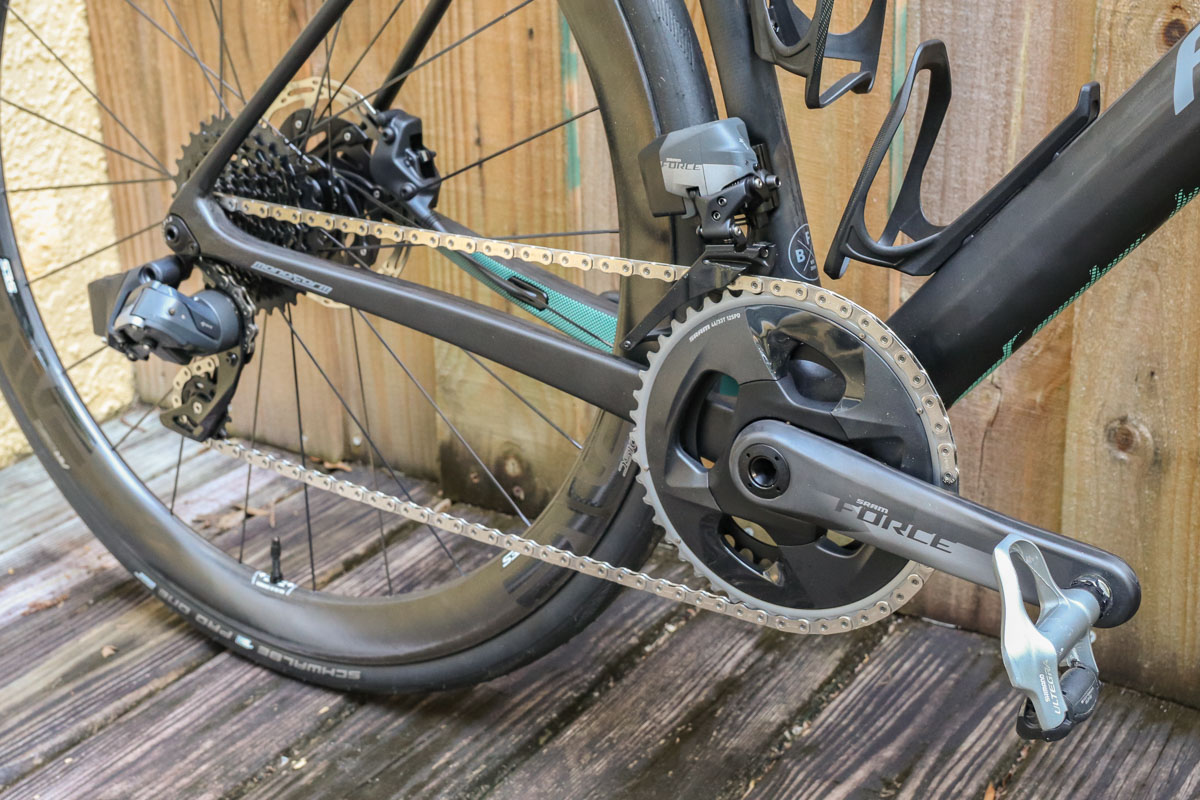 Drivetrain spec includes a full SRAM Force AXS kit, with 46/33 rings and 10-33 cassette. With my flat local terrain in Florida, this meant that I kept it in the big ring almost the entire test – only shifting a handful of times at the start to check Fezzari’s bike build quality (there were no issues). 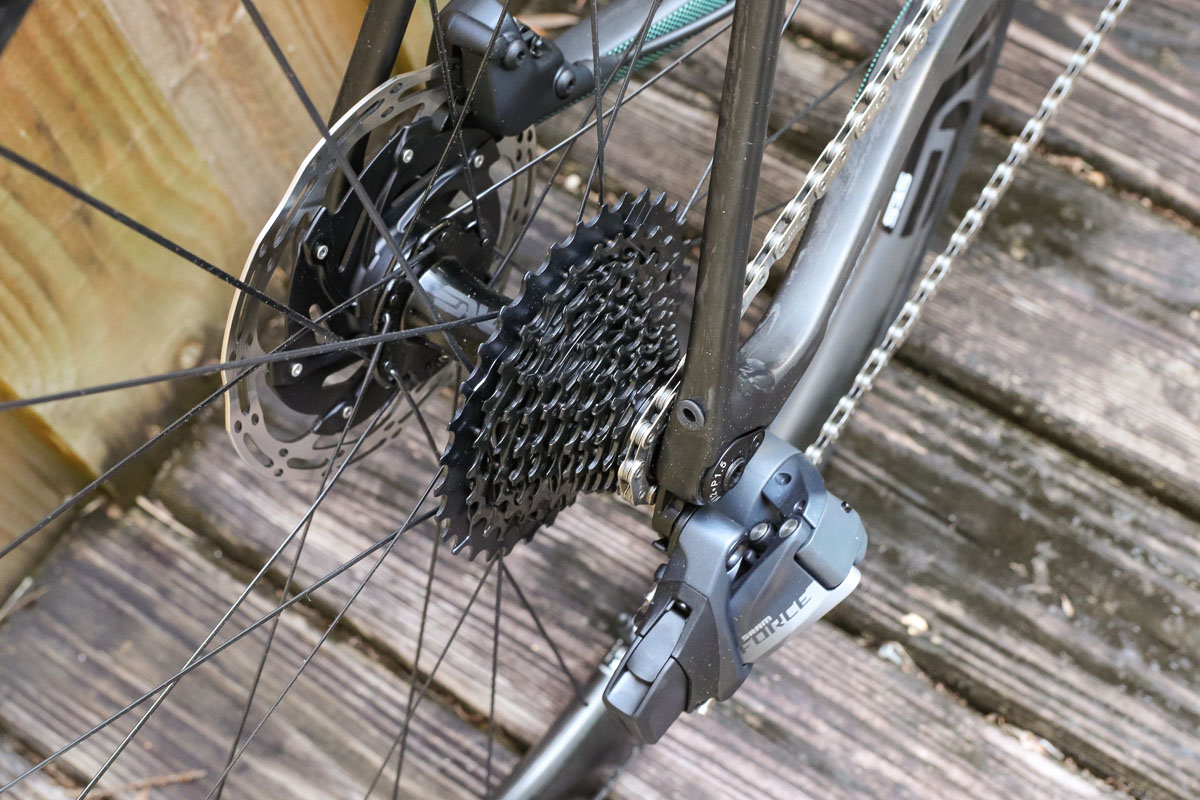 Speaking of the build, this is where Fezzari deserves extra attention and praise. It became clear that they took painstaking effort in assembling the bike, and I had it unboxed and ready to ride in 30 minutes flat. This may not seem like a big deal, but we receive and assemble bikes all the time, with some taking many hours and special tools to complete. Fezzari bleeds the brakes completely and test rides every bike before shipping – and will even set your wheels up tubeless for a $65 charge. This alone is enough to put the Empire SL at the top of my list, were I shopping for a disc road bike. Bikes are not easy to deliver consumer-direct, but Fezzari nailed it. 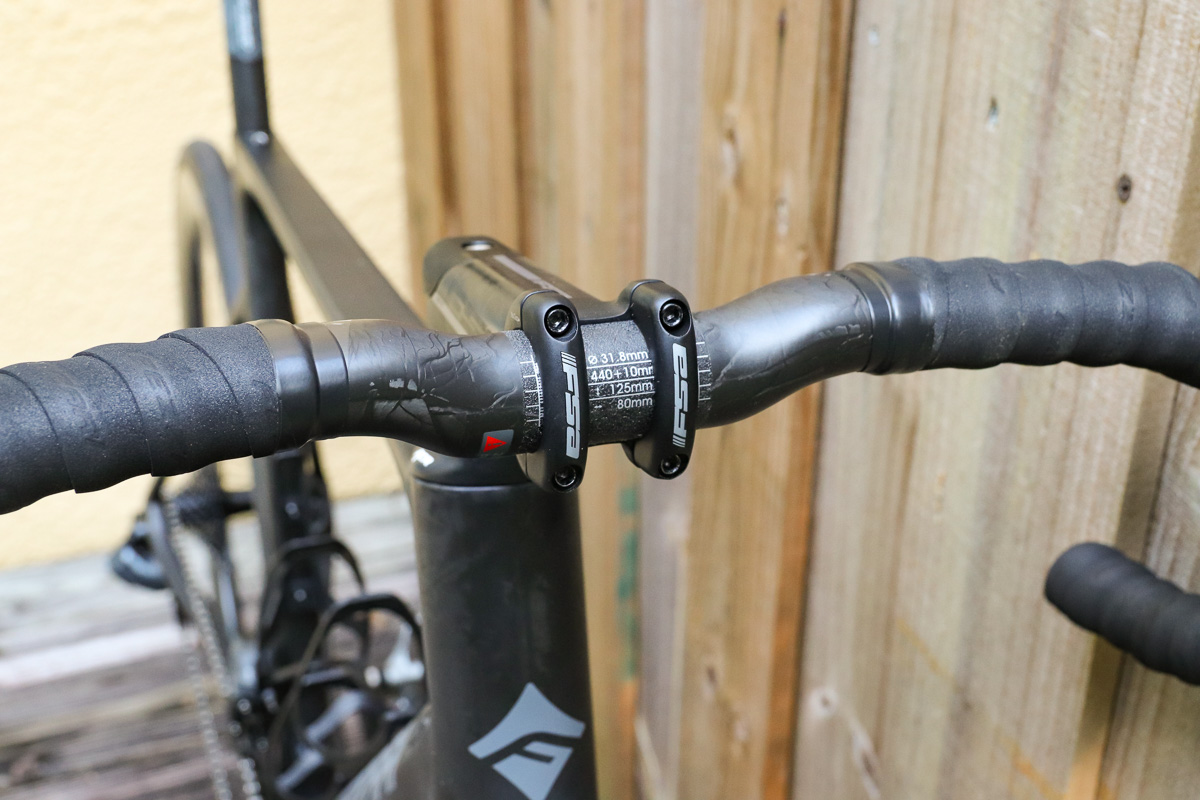 One interesting spec choice was an FSA bar and stem, allowing for 100% cable integration. It looks super clean… 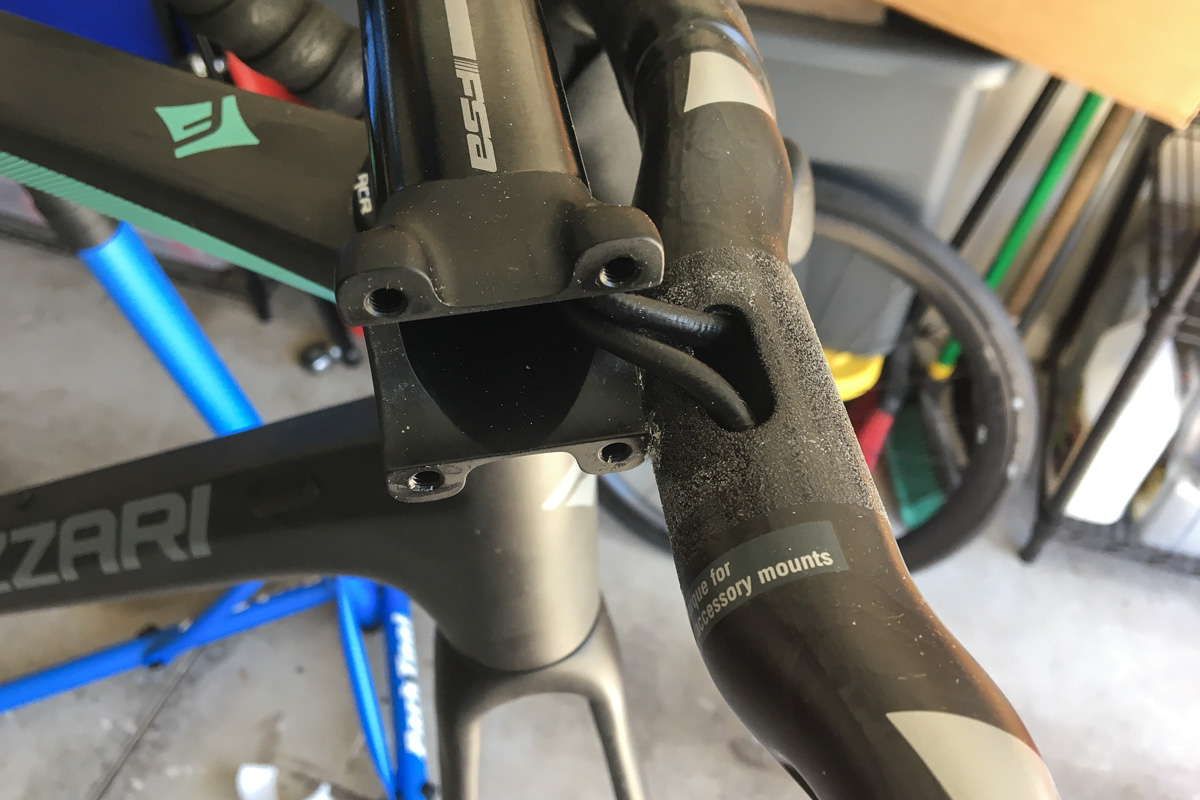 …because the brake hoses go through the bar and into the stem body. 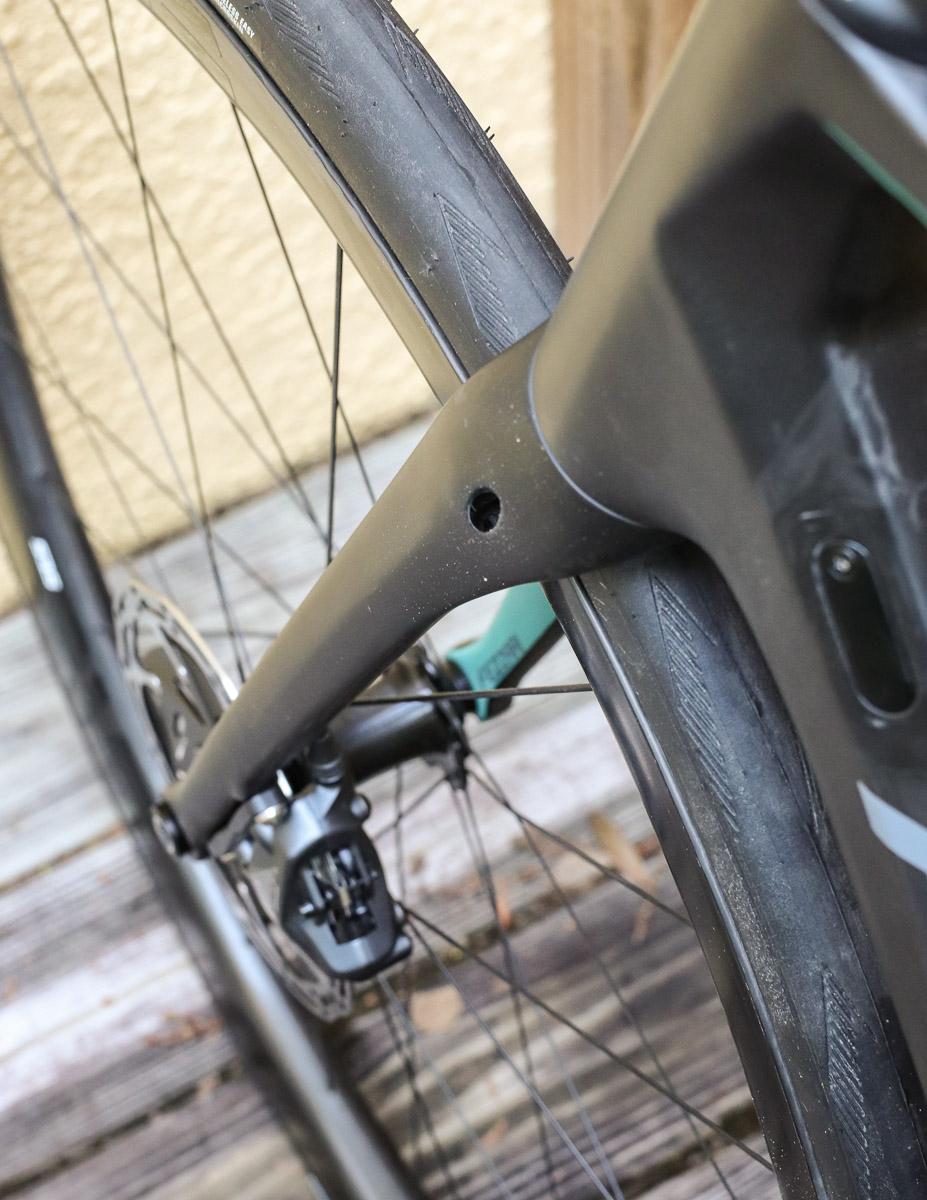 The vacant cable housing entry port on the left fork leg shows that you can run a more standard bar and stem if you wish, without the super-secret cable routing. 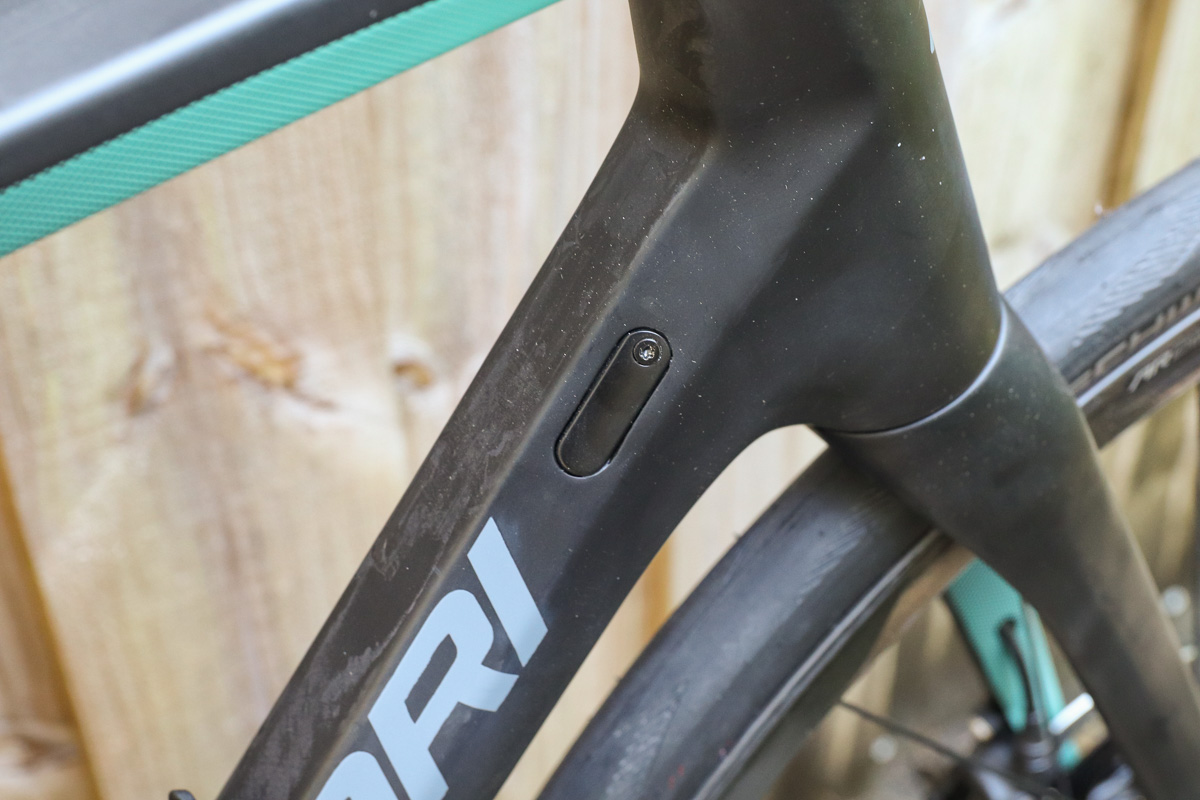 In addition, down tube ports allow for the use of mechanical drivetrains or wired electronic systems. 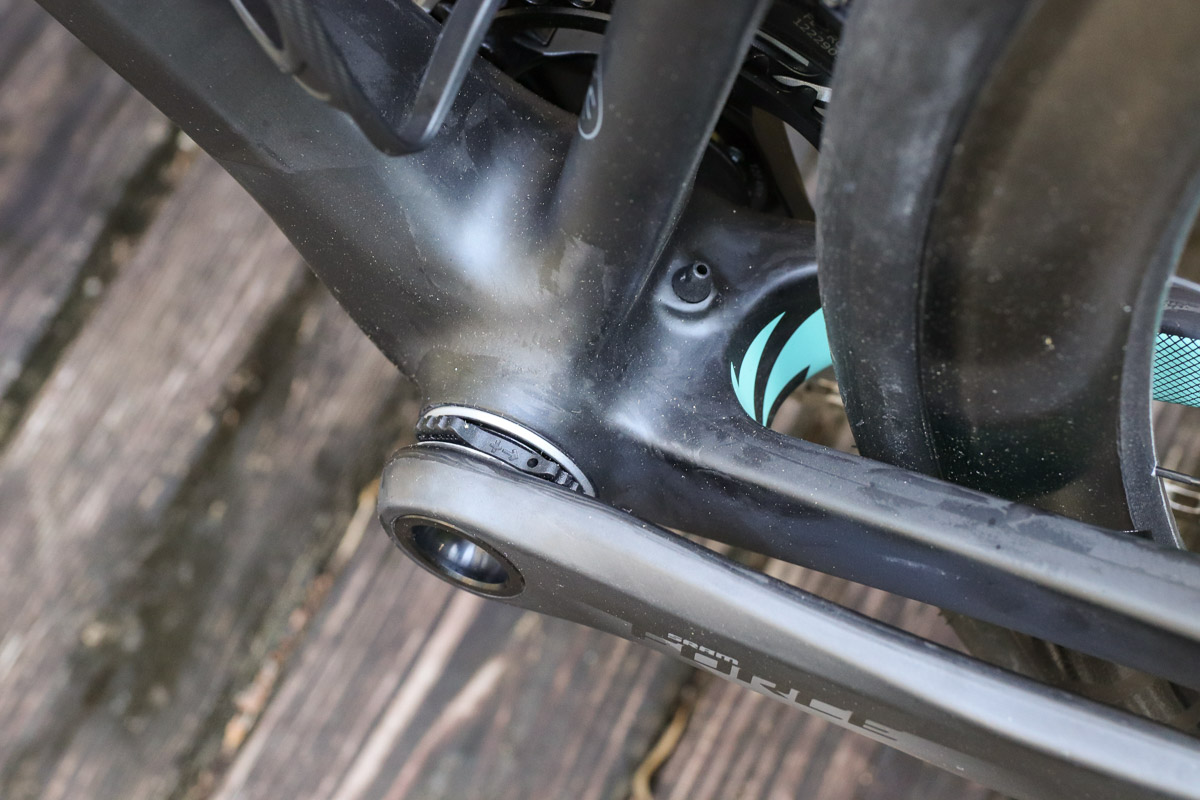 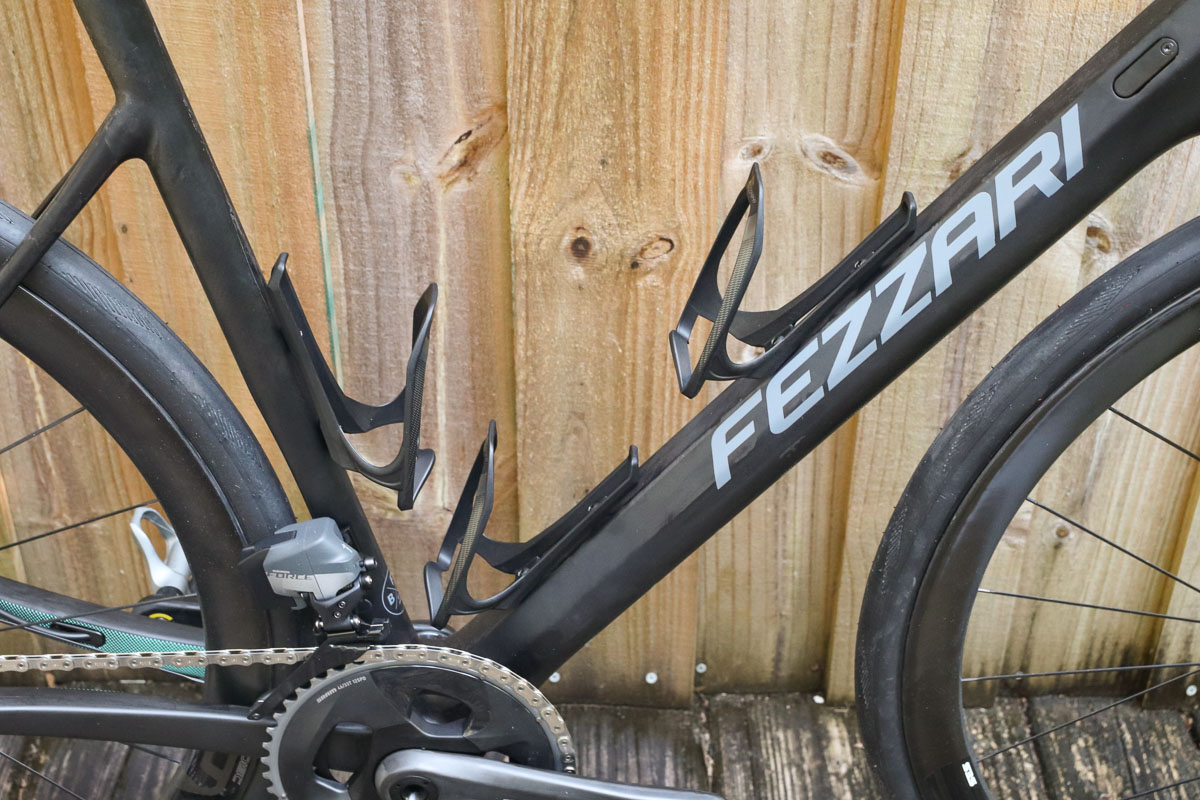 One fun endurance bike touch – there are three bottle cages in the main triangle. I was able to fit large 24 ounce bottles in the two upper cages, but could only manage a smaller 20 ounce bottle in the lower downtube cage. This is a smart design that more manufacturers should use, at least on larger size frames that will accommodate it.

The Empire SL is available in five sizes. I selected the Large with a 110mm stem for my 6’1″ frame – which was spot-on. 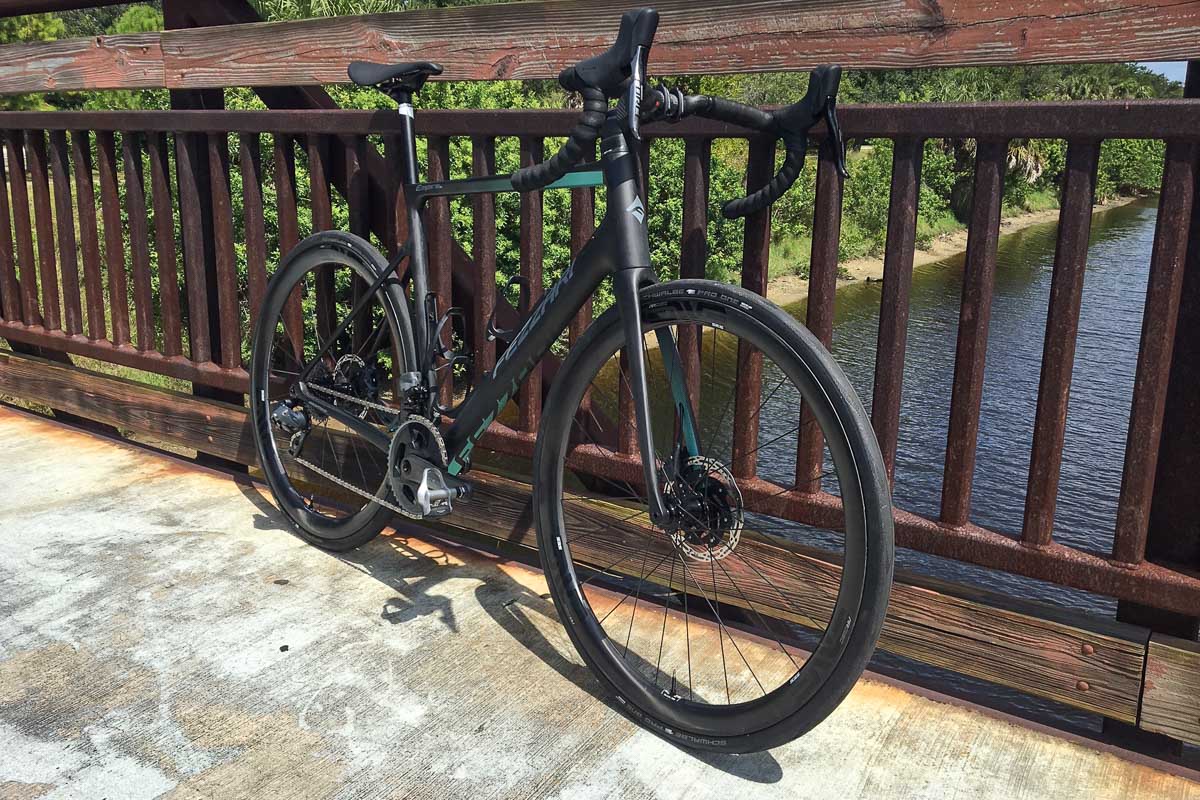 Out on the road, the Empire performed well, and I was unable to feel any downside compared to competitors’ bikes costing thousands more. The geometry felt stable and agile, the parts spec worked great, and it had ample stiffness (Fezzari quotes stiffness increases of 20.5% for the head tube and 3% for the bottom bracket). This was my first experience on any Fezzari bike so I have no comparison, but I was a happy camper.

Many bikes today hit the technical aspects well, so I maintain that the biggest plus of this bike was the expert assembly – perfect if you want to buy consumer-direct but aren’t a great mechanic. 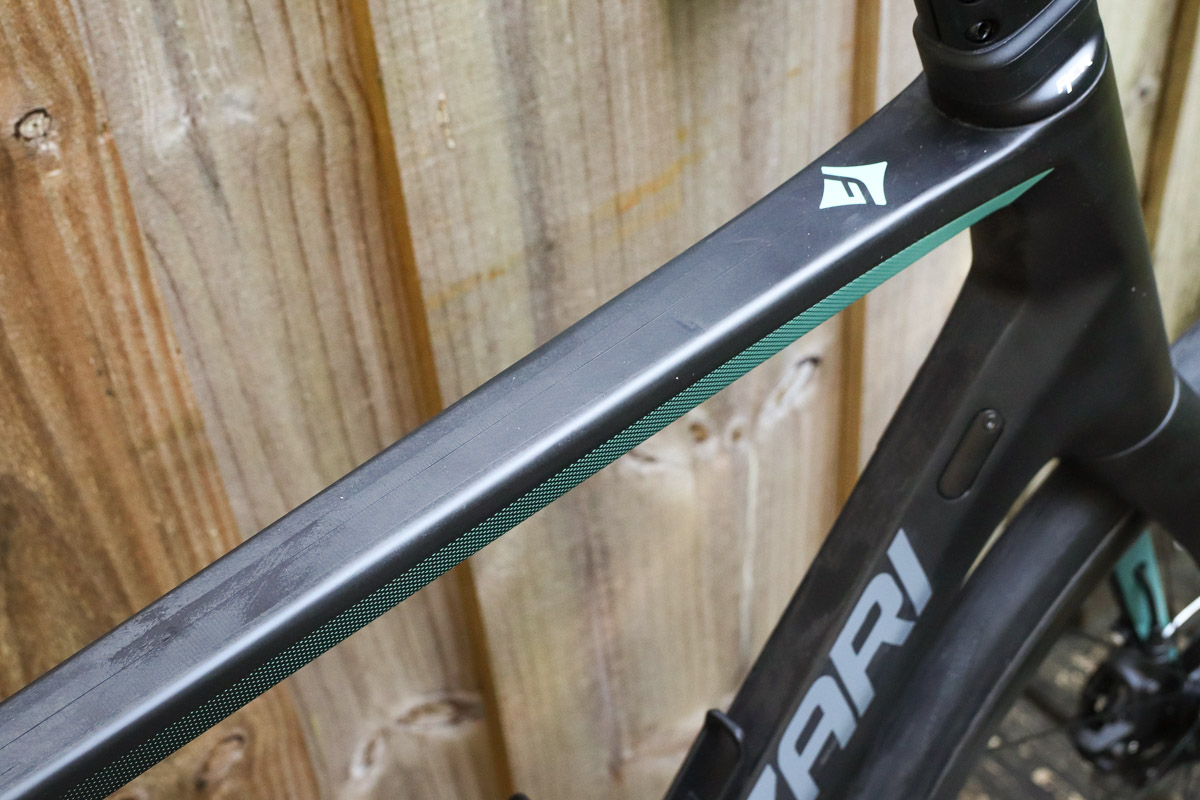 The Empire SL Pro Race is available now for $5,199 complete, or as a frameset for $1,999. Fezzari includes a 30-day money-back guarantee and lifetime frame/fork warranty for the original owner.

How does it ride? Say, compared to the BMC Roadmachine referenced earlier?