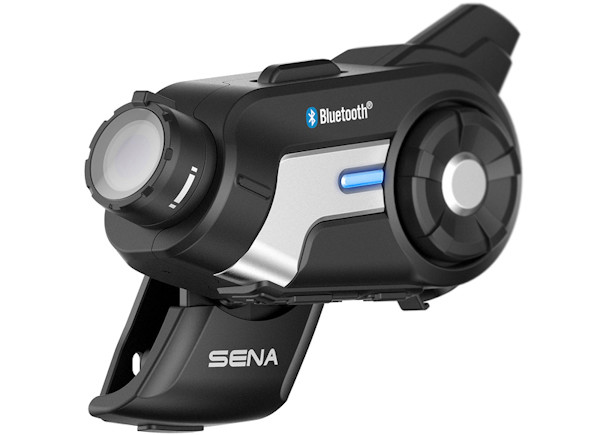 While Sena may not be a well known brand to cyclists, you might know the name if you also ride motorcycles or ATVs. Sena produces Bluetooth communication devices and video cameras for power sports applications, and they’ve just announced a helmet mounted video camera/Bluetooth headset unit called the 10C.

According to Sena, the 10C is the world’s first combined motorcycle communication and camera system. The 10C can be installed on a bike helmet with its adhesive mount, opening up some cool new possibilities for cyclists. The unit not only allows you to communicate with up to three other people, but you can record your voices on top of your video image for a fully narrated clip. The camera also hosts a video tagging feature that only records a short clip when you hit the button, making it easy to come home with a no-edit highlight reel.

The 10C was just introduced to consumers at the 2015 Overland Expo West in Flagstaff, Arizona. Click below the break for more info… 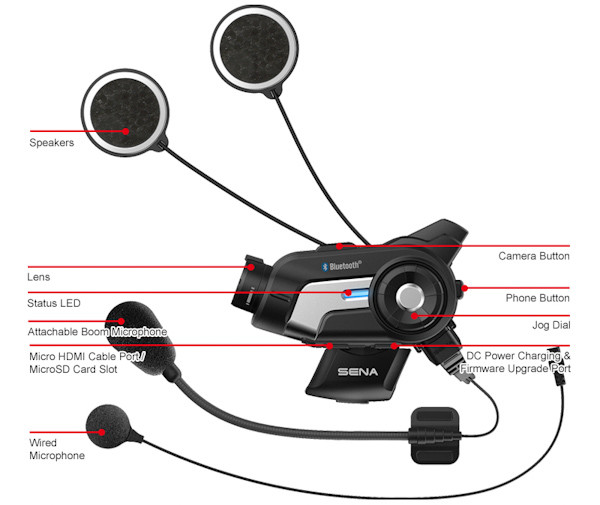 The 10C uses the industry’s first Bluetooth 4.1 technology which allows 10C users to use all their features with ease- chat on the intercom, take mobile phone calls, listen to music and use the GPS functions. With Sena’s Smart Audio Mix users can record their intercom conversations and import music from a connected smartphone to create video clips with a soundtrack and narration on the fly. Both Andriod and iOS phones are supported.
The headset works for up to one mile (in open terrain) and uses universal intercom technology, so it is compatible with other brands products. You can connect up to four headsets, which offer HD quality voice and feature advanced noise control for clear communication. The unit also includes a built in FM radio with 10 station memory and auto-scan functions. 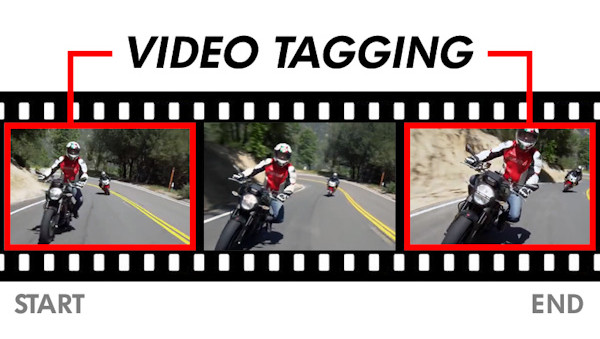 The 10C’s video tagging feature allows you to press a single button and record the last 60 seconds, the current 60 seconds, and the next 60 seconds. This makes it easy to grab short clips as you approach noteworthy moments like big jumps, steep chutes or scenic views.

With this device, road riders could communicate as a group on training rides while capturing the action on video, and one coach could simultaneously chat with up to three riders. Backcountry expedition riders could spread out a little on journeys without losing touch… these are just two examples that come to mind, but there’s likely more to be discovered. 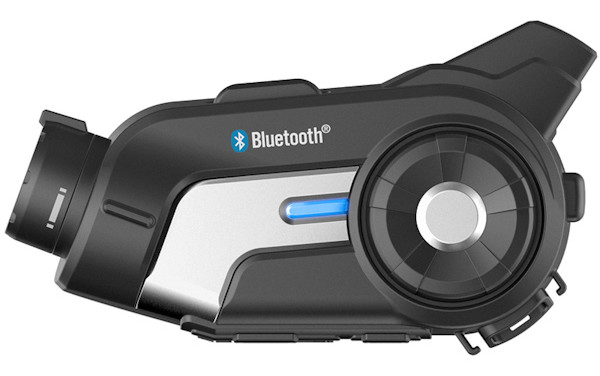 The 10C houses its Bluetooth and camera components plus an external antennae inside a water resistant unibody casing. The overall dimensions are 4.2”x2.4”x1.2”, and the device weighs 94g. The jog dial on the device makes scrolling through settings easy, and users can also set up one-touch recording using the top button to start/stop. The unit features voice prompts that tell you the device’s status verbally, so you know you positively hit that button.

The device can also be operated through an optional handlebar remote with two glove-friendly buttons and a joystick. This would work well with the voice prompts- just hit the buttons and listen to ensure you’ve selected the correct option. The remote weighs 54g and measures 3.52”x2”x0.9” inches, and is water resistant. Its internal battery charges via USB and lasts around three months.

The camera’s lens provides a 125° wide angle view. The 10C has a photo burst mode that shoots 10 pictures at 3.5mp, and its timelapse mode shoots a still pic every 10 seconds. The unit’s battery charges in about 3.5 hours via USB, and should provide 17 hours of talk time, 2 hours of recording time, or 8-10 hours of FM radio use. The device’s firmware is upgradable, and it comes with a two year warranty.

Sena notes that using the device in traffic may contravene your local laws- for example some areas only allow one earphone for motorcylists. Check your area’s regulations before using the 10C on roads, bicycles are considered vehicles too!

The 10C comes with everything you need including the camera/headset unit, clamp mount, adhesive mount plate, helmet speakers, boom microphone and mic holder, wired microphone, USB power and data cable, 12v charger, an allen key and a collection of Velcro pads and speaker covers. The Sena 10C retails for $349 USD.

We use a Cardo BK1 Duo and its fantastic. This looks like another great product as it has a camera feature.

I can’t see how this will work on a bicycle helmet. Where will the speakers attach? The Cardo has arms coming off the back and the speakers hover over your ears. We did a youtube review a while back. We did a 200k ride today with em as well. https://www.youtube.com/watch?v=rSYCb-ay6y8

Microphone? A throat mic would be a better idea.

These are hardly SkyMall devises. I’ve used Sena communicators around the world on my motorcycle. That said, this has no place in my bicycling exploits. At all.