HxR Components have partnered with Mavic to make their Easy Shift Crank more accessible to Mavic wheelset owners. Specifically, those who run Mavic wheels with the ID360 Ratchet hub engagement system. The Mavic ID360 Ratchet Locker gives those riders the option to modify their rear hub to allow gear changes while coasting. Here’s how it all works… If you’re not familiar with the technology behind the HxR Easy Shift Crank then be sure to check out Zach’s previous post. Briefly, the Easy Shift Crank allows the rider to shift through gears while coasting. As in, you don’t need to pedal in order to change gear. A fixed rear hub and a freewheel at the crank allow this to happen.

On a fixed rear hub, as the bike rolls, the cassette, chain, chainring and cranks are concomitantly engaged. With the Easy Shift Crank freewheel, the movement of those drivetrain components is dissociated from the crank, allowing the rider to “coast” (keep the pedals level) while the chain is still tracking through the drivetrain. It’s the fixie combined with that crank-drivetrain dissociation that allows for shifting while “coasting” downhill. The Easy Shift Crank has been around since 2016 but is now in its 3rd generation. In the early days, you could only take full advantage of the system if you ran a purpose built fixed rear hub. Not many were available for enduro bikes (with Boost spacing), but HxR offered their own 269€ six-bolt fixed rear hub built specifically for the Easy Shift system. HxR’s recent collaboration with with Mavic means ID360 wheel set owners can now run the system with a quick, easy, cheap alteration to their freehub. The Mavic ID360 Ratchet Lock is a single fixed ratchet that replaces the double ratchet and spring in the ID360 rear hub mechanism. It simply turns the freehub into a fixie. 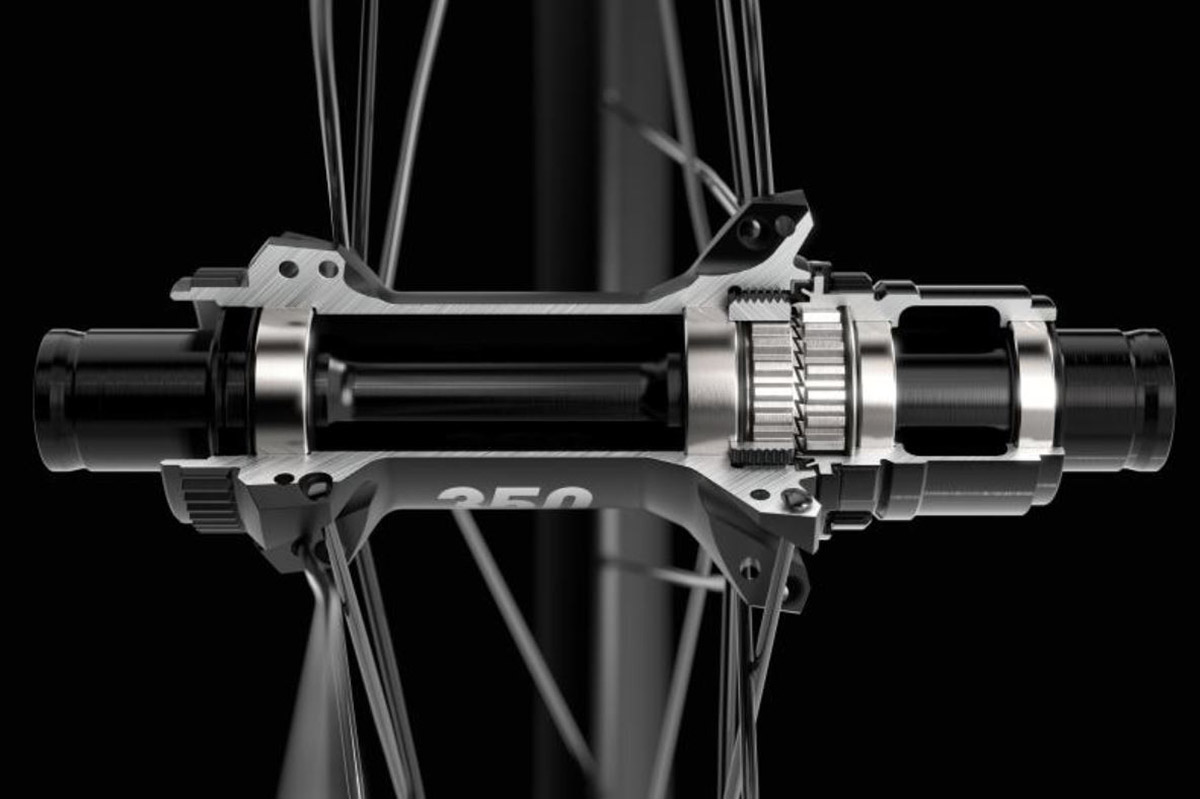 HxR Components confirmed they are also working with Damil Components, AIVEE and DUKE to produce similar adaptive components for their hubs.

Didn’t Shimano do something like this in the 1970s?

Yup, and I was in the business at the time. FFS was absolute crap and it died quickly in the marketplace. Now we have a more expensive version of this bad idea. Brilliant!

As did Sram. The idea is horrible when you ride through loose vegetation… Rear derailleurs tend to exploit one of the main trades of a ‘replaceable derailleur hanger’ when you aren’t able to stop the chain from keep going.

hey it is a really expensive version of the auto bike from the As Seen on TV commercials. just with out the Auto part. and there you got a whole bike.

I remember having a kids road bike with the FFS system on it. The bike was made by Azuki I think.

POSI-TRON of the modern age

I guess this could be a thing for anyone interested in transforming their drivetrain into a dull chainsaw running between their legs?