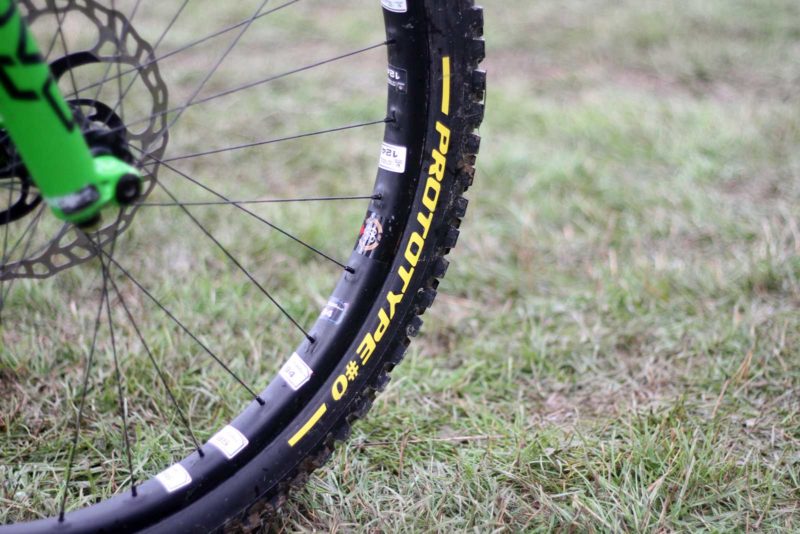 At EWS Tweed Valley, we spotted the Theory Global Race Team rolling around the race paddocks on prototype Pirelli Gravity tires, subtly marked with a great big “prototype #0” on the sidewall. Almost ready for production, these will join Pirelli’s Scorpion lineup of mountain bike tires by mid-season 2022, with front and rear specific tread patterns, an all-new casing construction and, possibly, a rather unusual arrangement of rubber compounds. Here’s what we know so far. 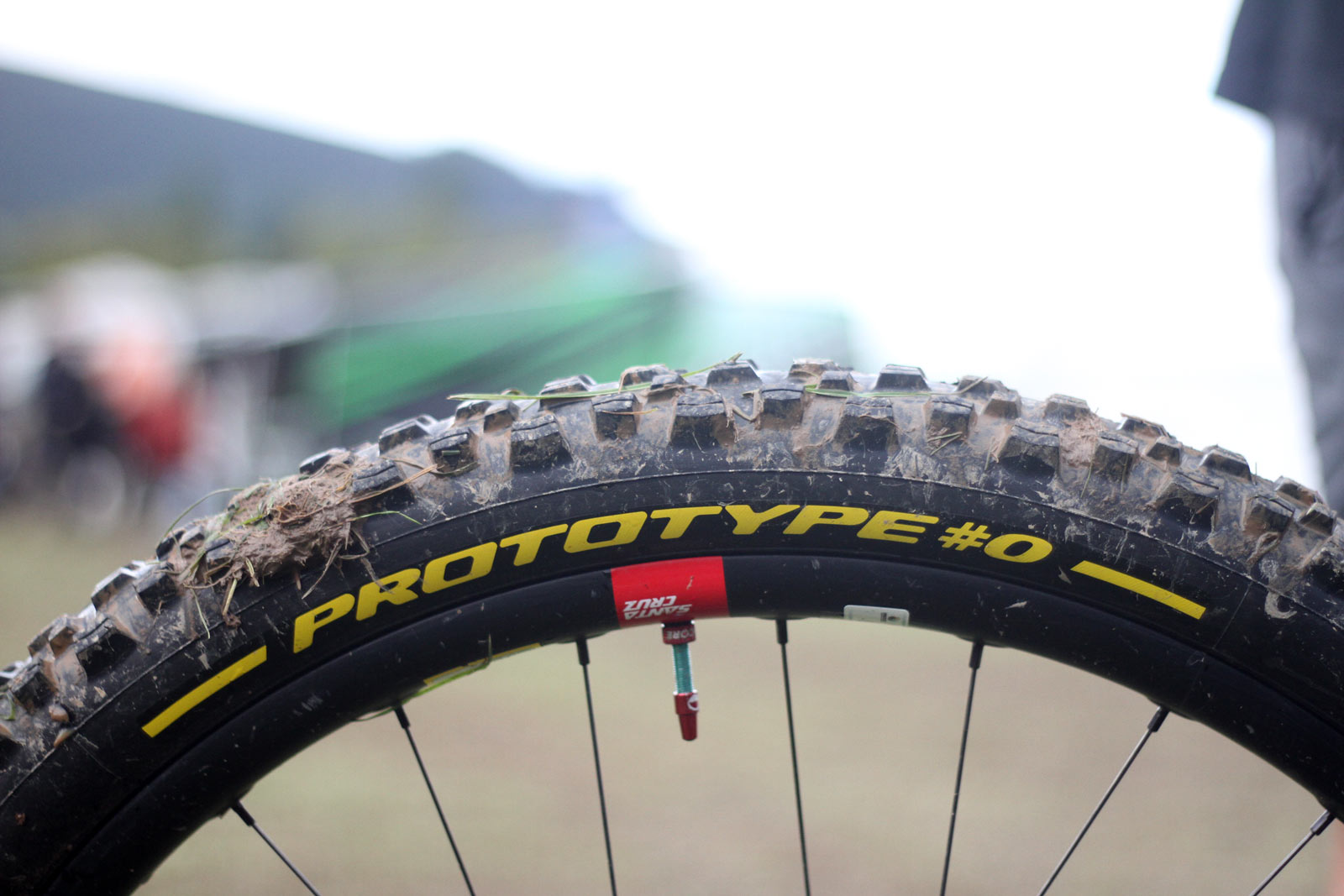 Seated to 30mm internal rim Santa Cruz Reserve wheels were Pirelli’s latest Scorpion Gravity mountain bike tires, still rolling under the “prototype #0” name. We had a glimpse at these earlier this season, when Pirelli teased with news of their development with Fabien Barel. Indeed, the DH racing legend has been heavily involved in their development, as have EWS and DH Pro Teams, Theory Global Racing and Rogue Racing.

This is the first time, however, that we’ve been able to get a square on look at these new front and rear-specific tread patterns, albeit covered in a light coating of Scotland’s finest. Though racing enduro, Dan of Theory Global Racing opted to run the DH Spec tires; he tells us the tread patterns are designed for mixed terrain riding. 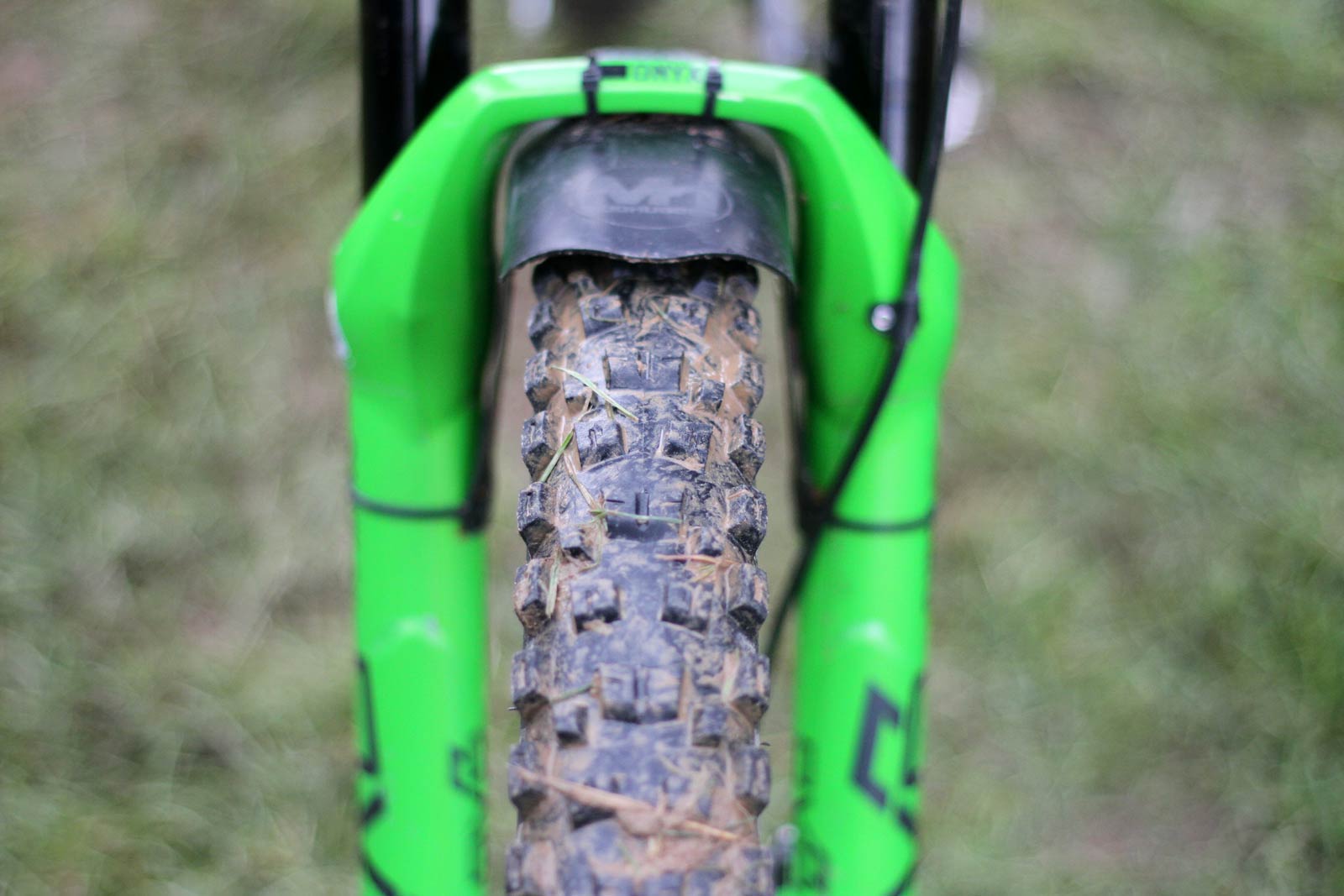 On the front, we see a fairly open tread pattern. Down the centre, we see two types of block pairs, alternating regularly. On one set we have two locks sat very close to one another with a shoulder region bridging the gap; these are partially siped, perpendicular to the direction of travel. Following that we see another pair of blocks, sat a lot further apart from one another with no bridge; these are again partially siped, but in the direction of travel.

At the edge, we see tall, elongated side knobs, almost rectangular in shape. All feature a deep sipe running the direction of travel. Between centre tread and outside tread, there is a regularly occurring block, much smaller than the rest. These ones sit offset to both the side knobs and centre blocks, perhaps designed to aid the transition during cornering. 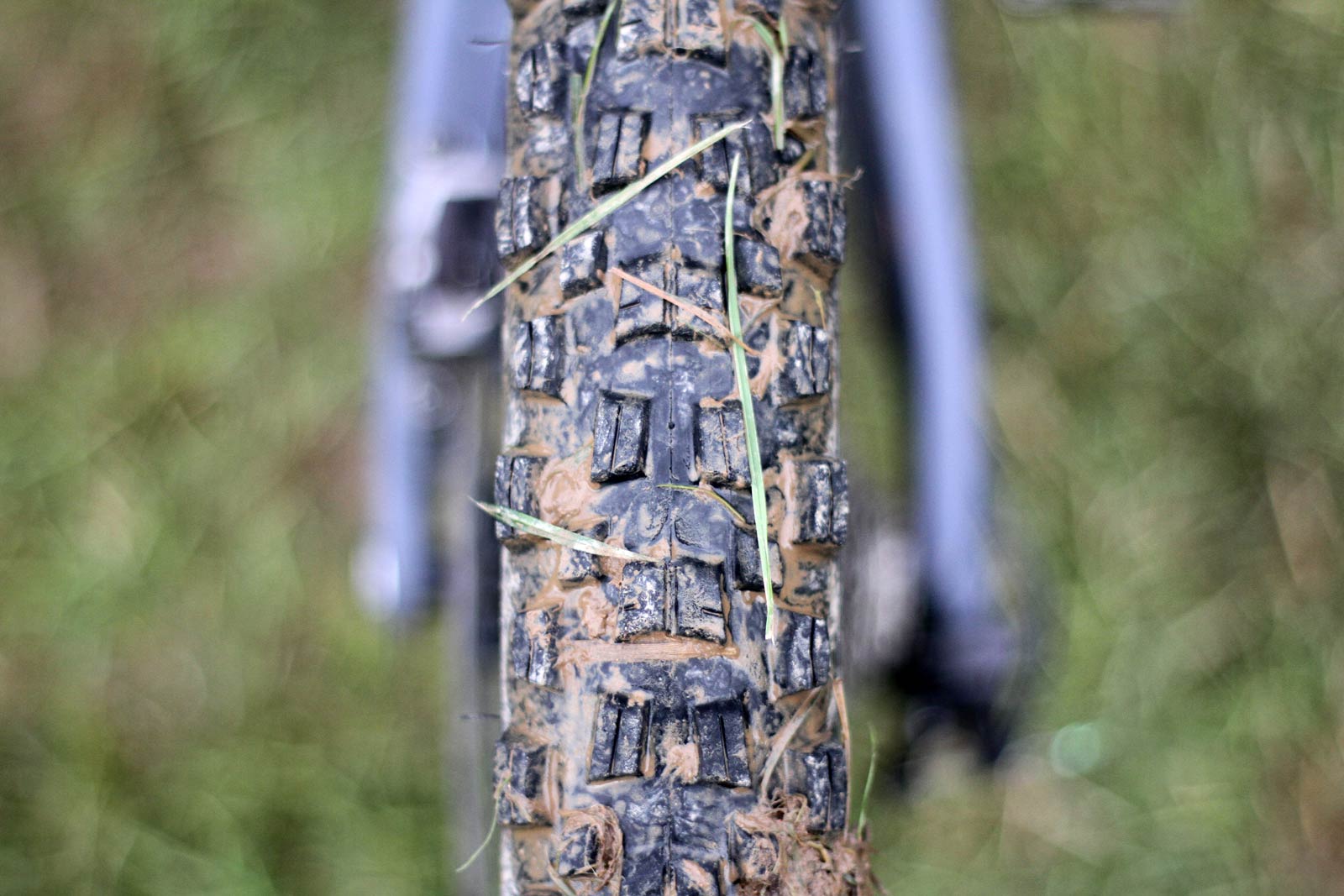 Differences between the front and rear tread patterns are subtle. The arrangement is almost identical, save for the alternating offset of the side knobs, where, at every other instance, the knobs sit slightly more inboard. The rear tire also sees more aggressive siping at the centre tread. Both tread patterns feature a degree of ramping at the leading edge of the blocks, with squared-off braking surfaces at the trailing edge. 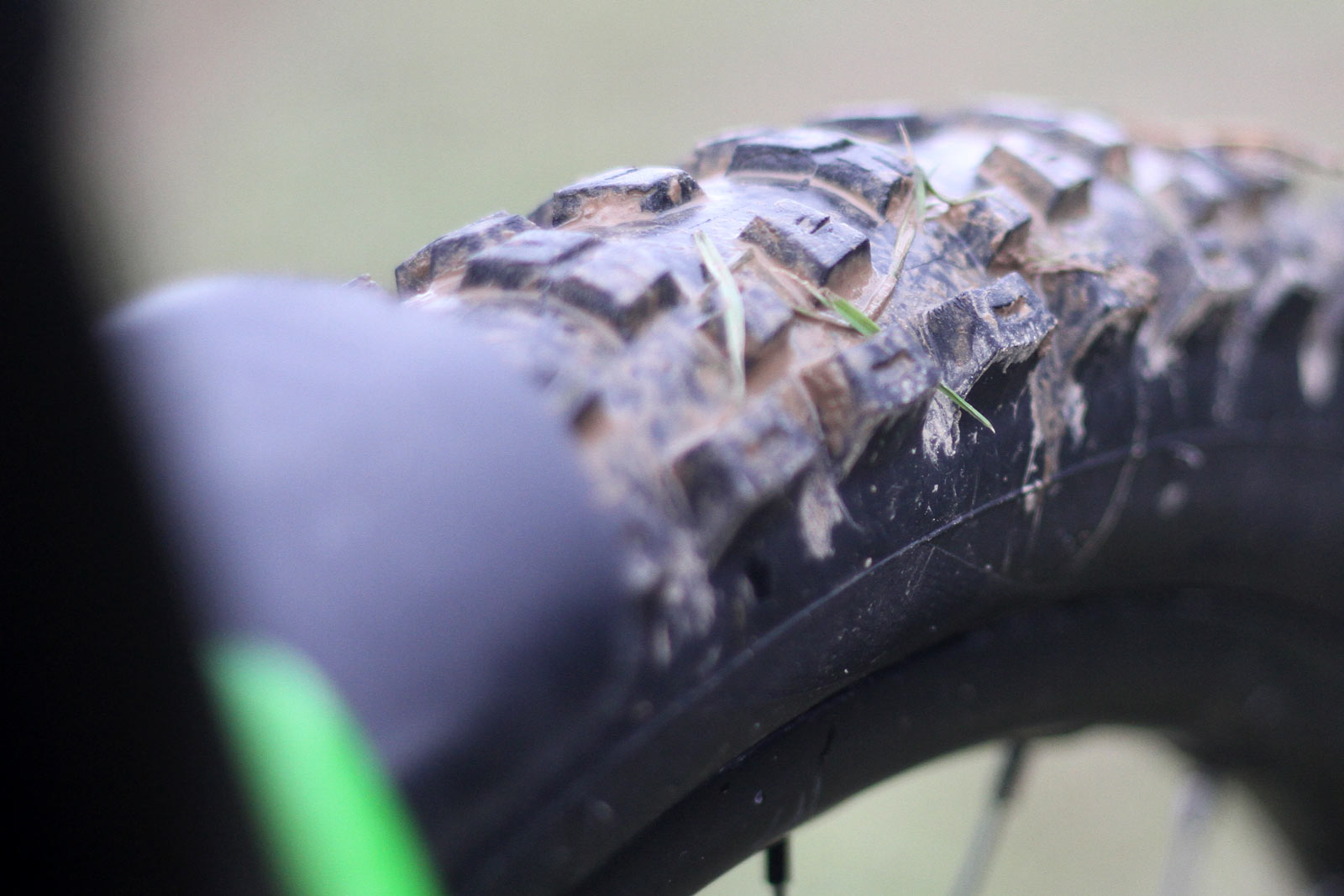 The side knob rebound isn’t fast by any means, but it’s certainly not the softest, slowest-rebounding rubber we’ve come across. Nic Bean, Theory Global Racing’s Team Manager, tells us Pirelli have tried to toe the line between grip and durability, so haven’t gone too soft on the rubber. The side knobs are softer than the centre tread blocks, though we don’t have durometer information to share with you just yet.

What is interesting here is that Pirelli have been experimenting with using different durometer rubber compounds for the outboard and inboard edges of the same side knob. They have trialed hard at the outside and soft on the inside, vice-versa, and single compound iterations. Samuele Bressan, Pirelli’s Global Marketing Manager, tells us that, generally, their riders prefer the single compound iteration, but that’s not confirmed yet. He says the next couple of weeks of testing will determine the final compound arrangement. 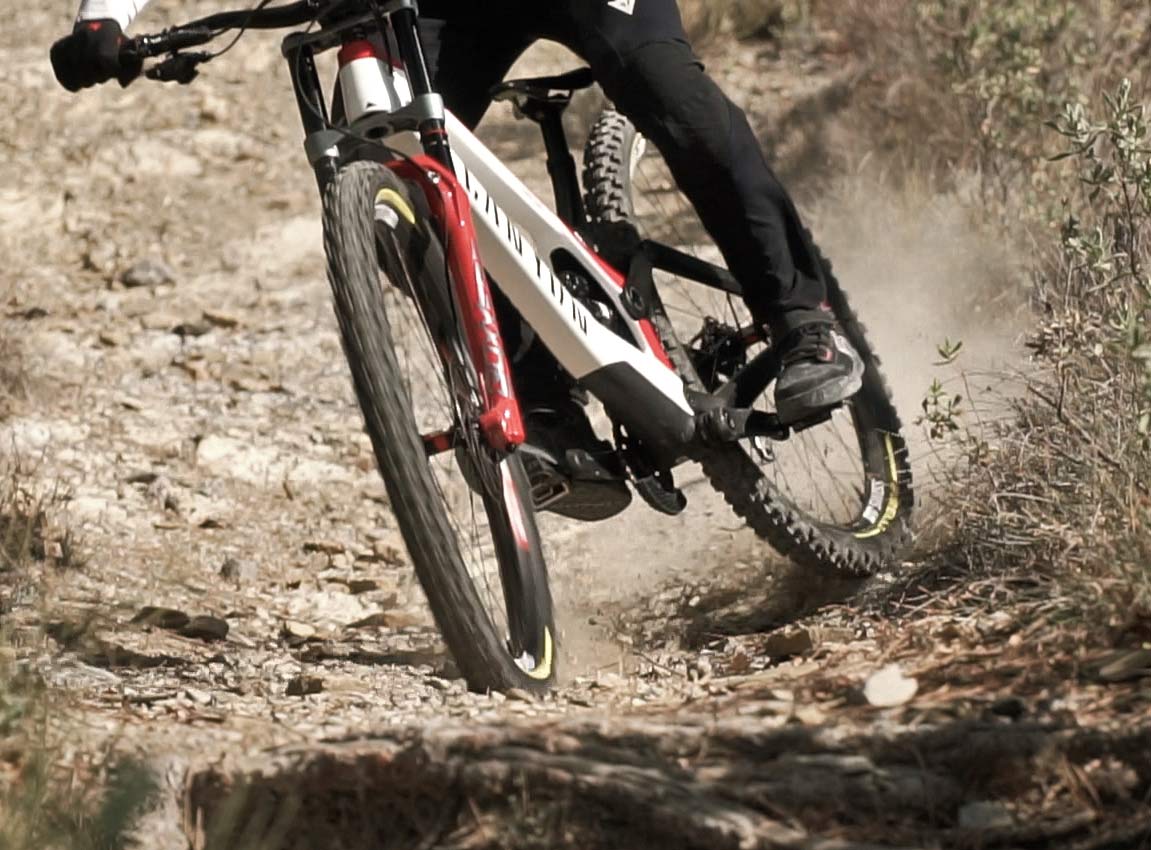 Daniel Self, one of Theory’s EWS racers, tells us he is able to run pressures 2-3 PSI lower than he would on competitors’ tires, for more grip. Samuele tells us the casing is dual-ply, with an additional rubber insert placed above the bead. He wouldn’t give too much away on this…

“This latter is where we are experimenting something new and different in the various iterations. More generally, the combination of the rubber dynamic properties (different than the ShoreA, which is only a static meaning) with the one of the casing (layup of plies + insert rigidity) can allow for a different behavior of the tyre in its dynamic deformation. That’s the simplest way I can sum it up at the moment without disclosing too much“.

Here are a few more pics we nabbed at Sea Otter Classic, showing the tread a little dryer: 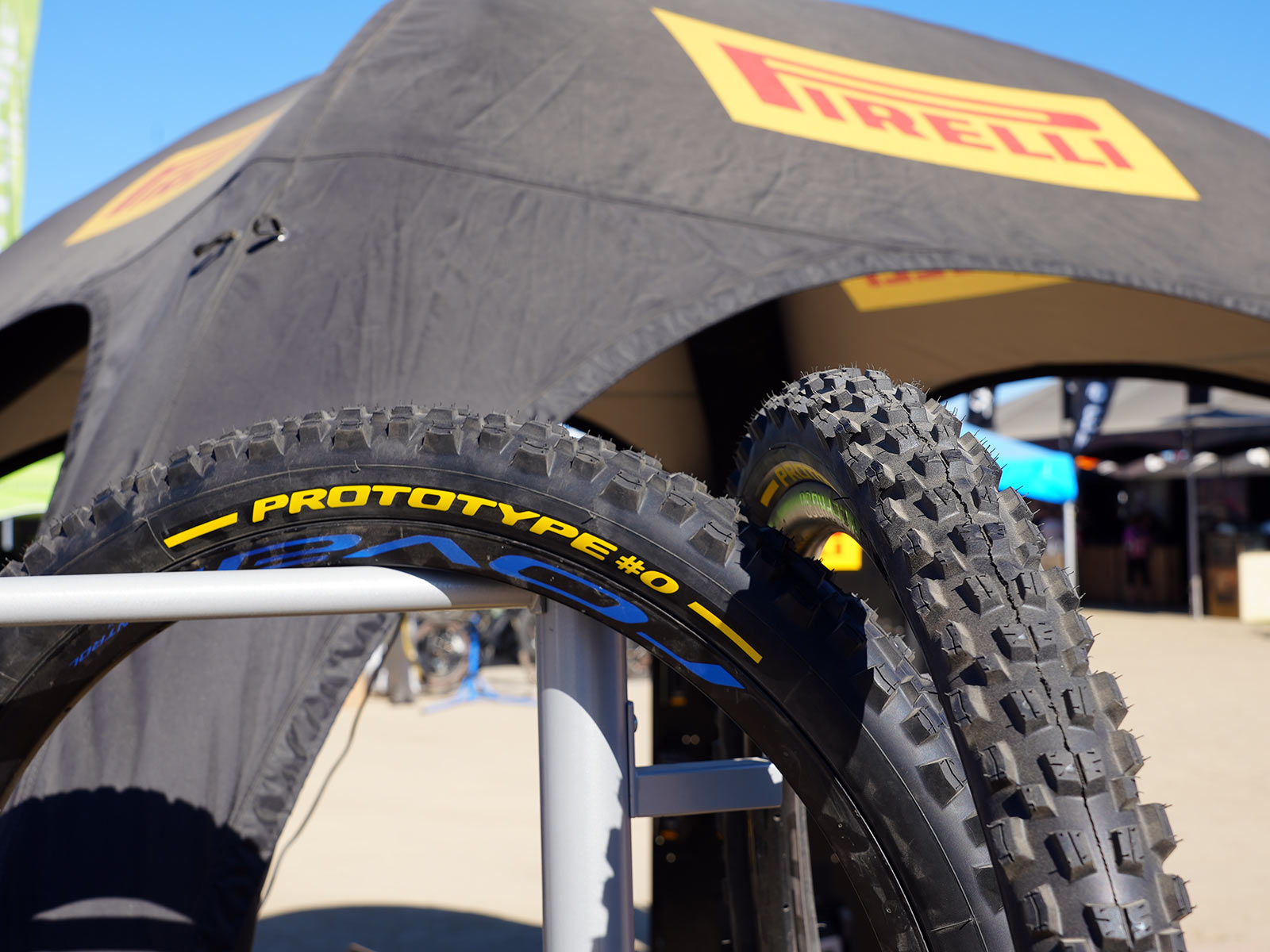 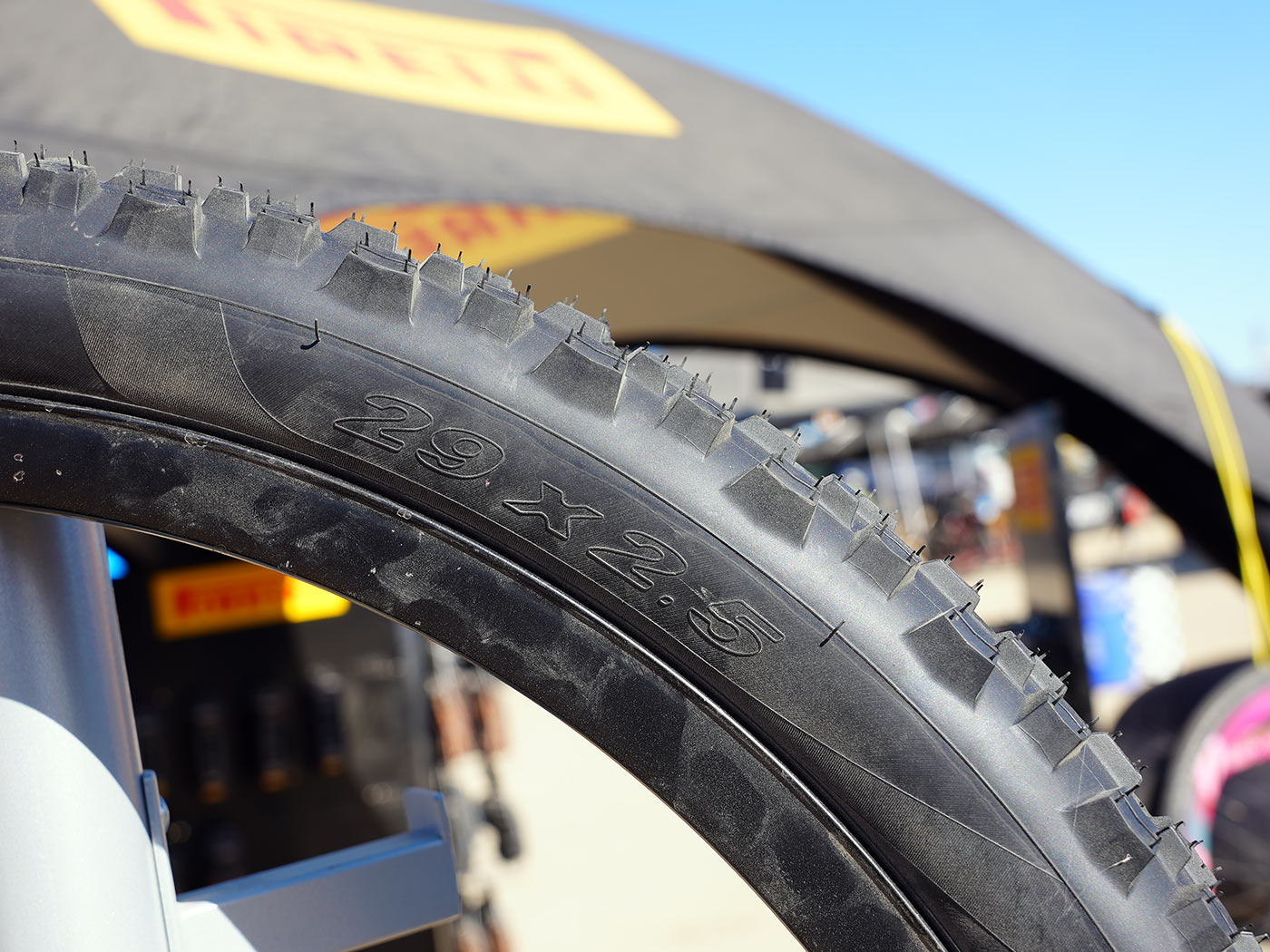 Tires shown from non-drive side, so they’d be rolling counterclockwise from this angle. 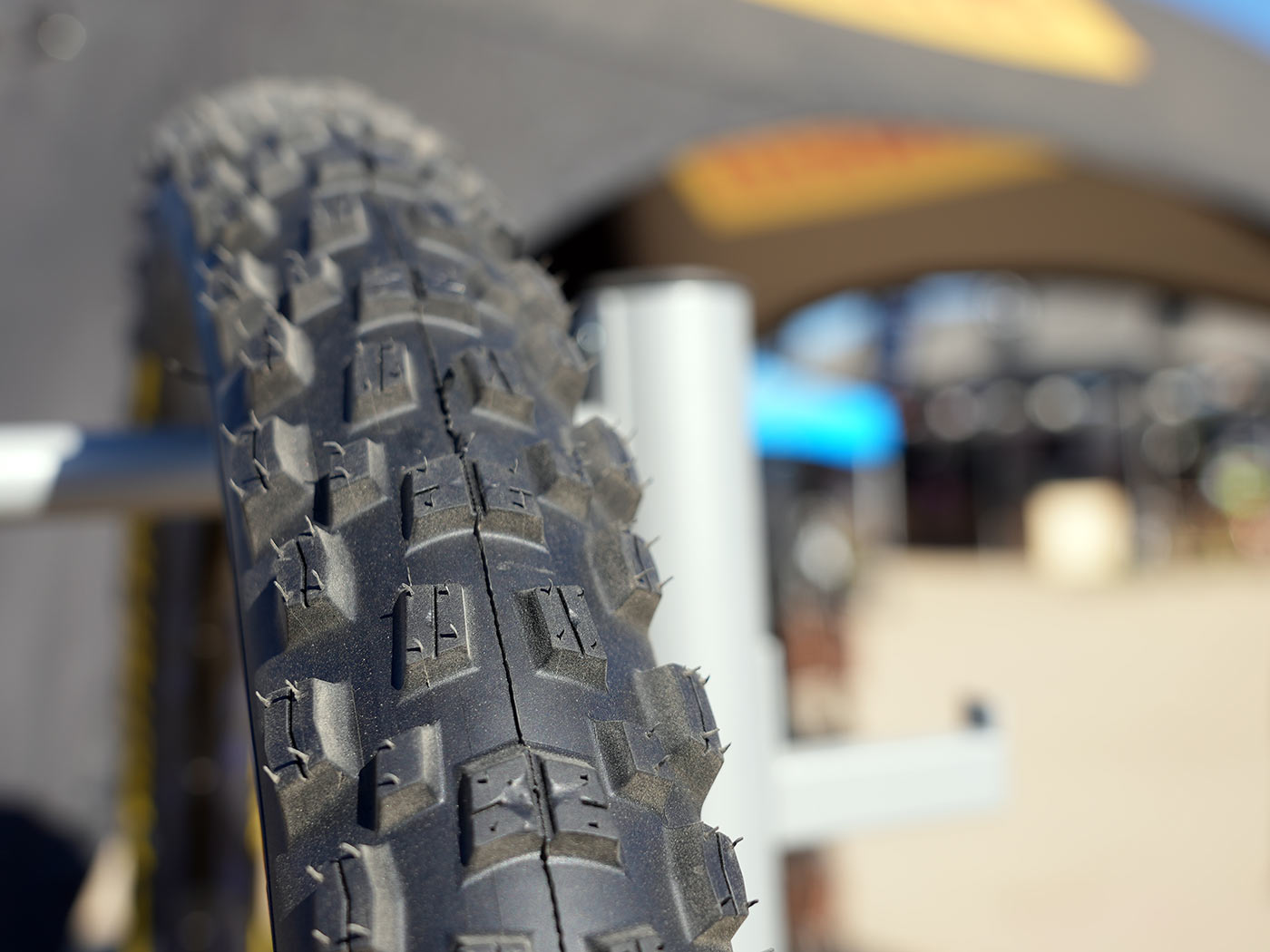