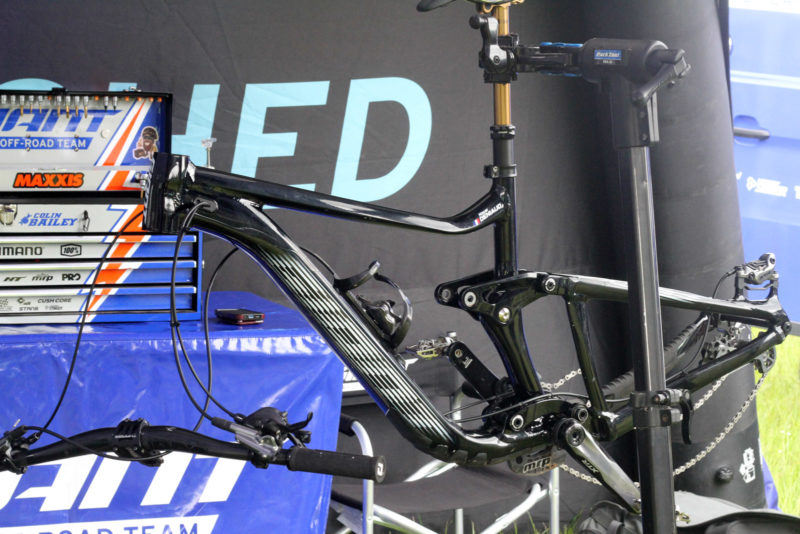 The Giant Factory Off-Road Team will be racing a prototype enduro bike at the EWS season opener in the Tweed Valley, Scotland, this coming weekend. A swing by the team pits was rewarded with a close-up look at what we imagine to be the as-of-yet unreleased aluminum 2023 Giant Reign. Two bikes were in the work stands; those of Youn Deniaud and McKay Vezina. Working away on the bikes was team mechanic Phil. While he was more than happy to allow us to photograph the bikes, his response to questions such as “is the geometry adjustable”, produced answers such as “isn’t the weather lovely today”. Feast your eyes. 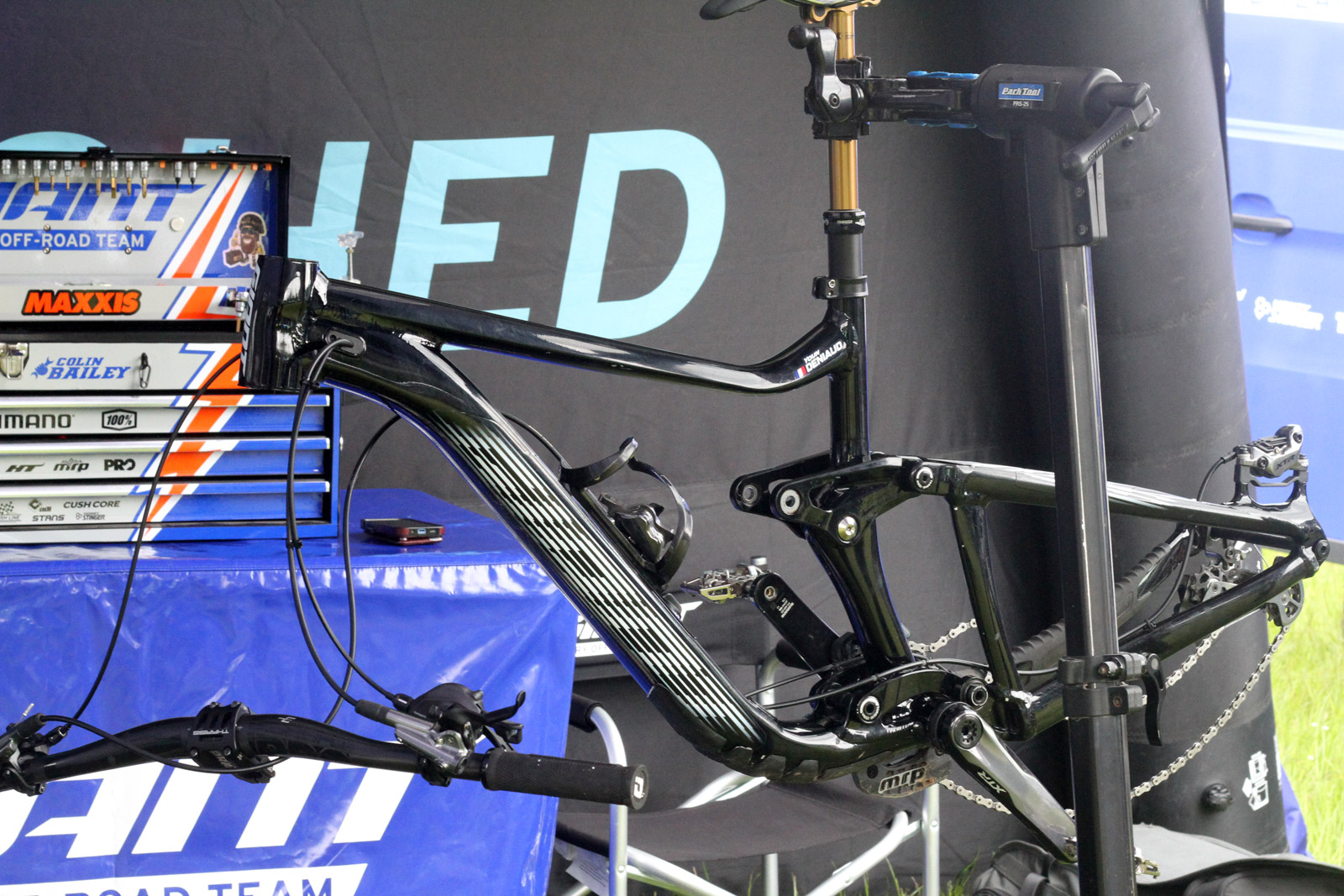 There are two major points of interest on this new frame, the first of which is seen on the Maestro suspension linkage. No real surprises here; Giant are carrying over the twin-link suspension platform, with its two co-rotating links, the upper one of which drives a vertically positioned shock; this is a layout we see on their shorter travel Trance 29er too. 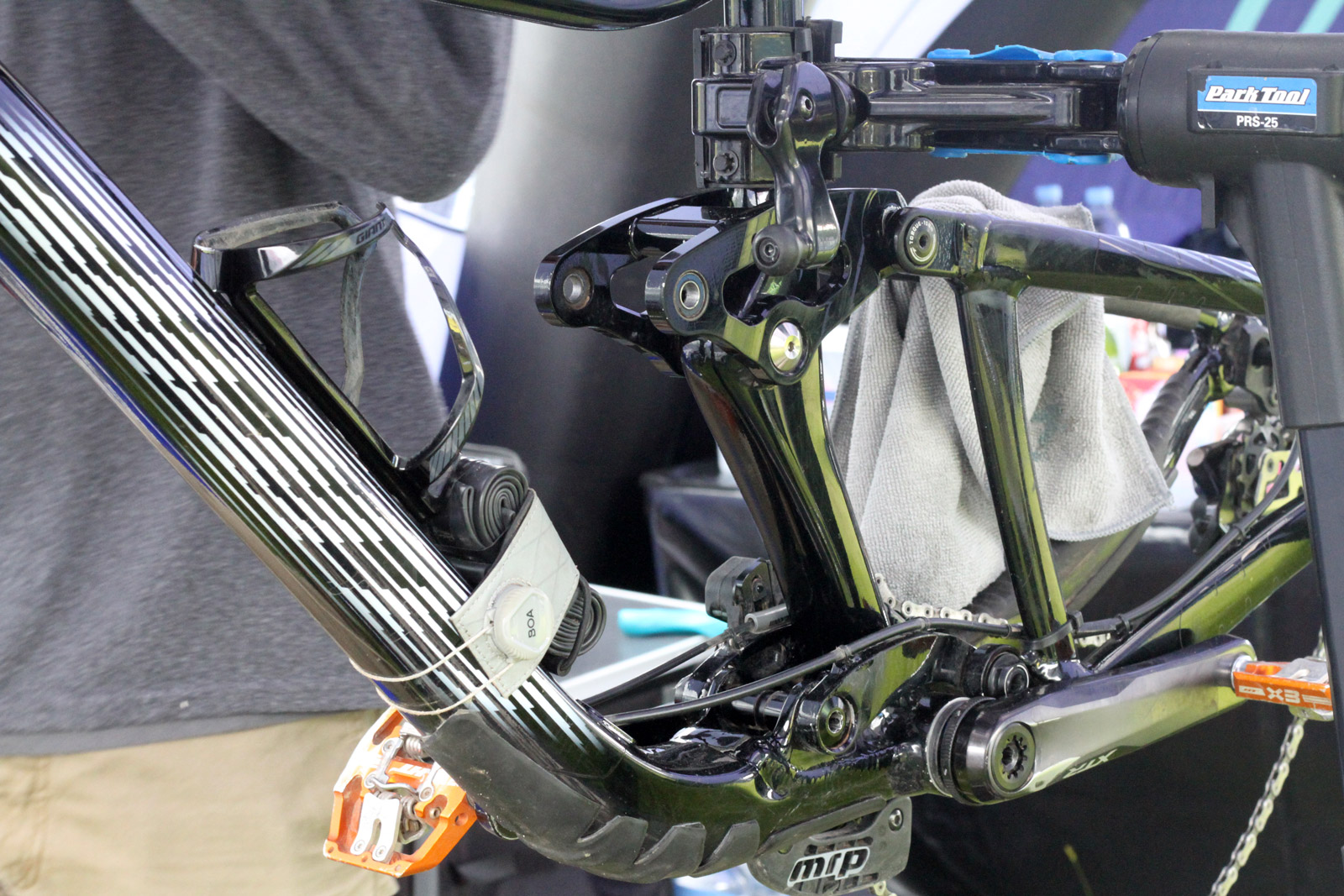 What’s new here is the addition of a flip-chip on the rocker’s rear pivot, allowing the swing-arm to be mount in two possible positions. This feature is already in use on the production 130mm Trance and the Reign E+, but it is the first time we’ve seen it on Giant’s longer-travel enduro bike. 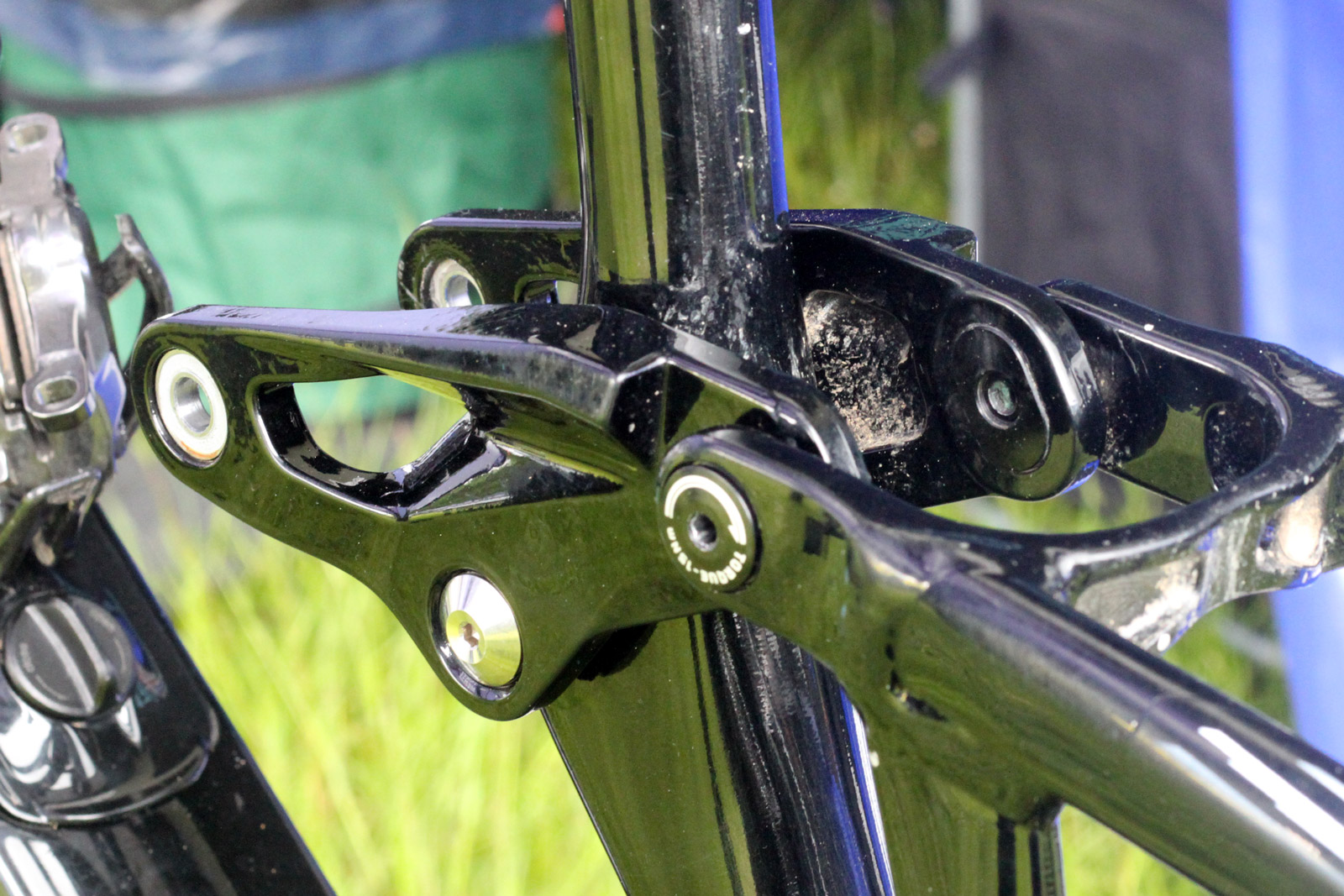 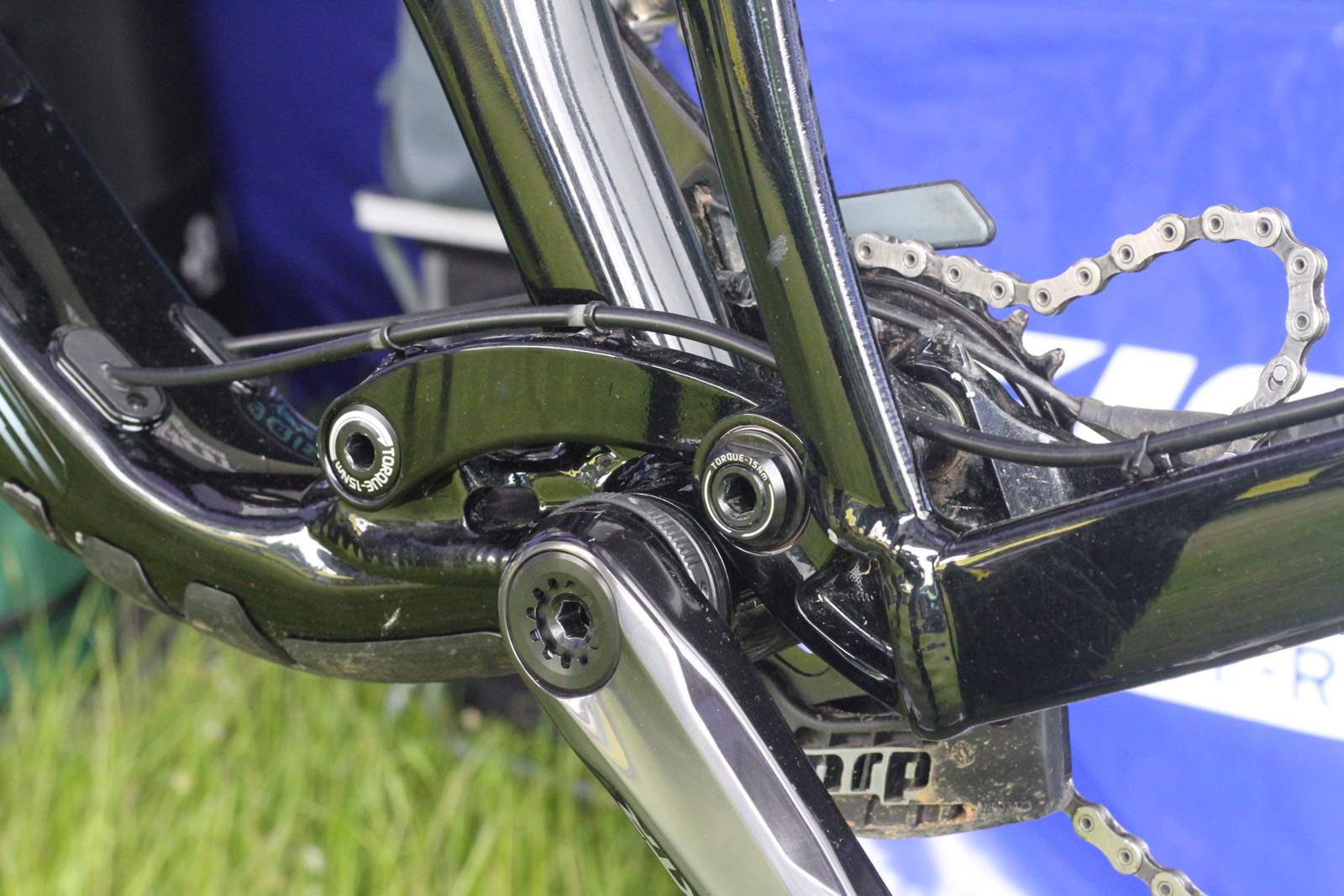 On the Trance, this two-position flip-chip allows the bottom bracket height to be lowered (by 10mm), with concomitant adjustment of the bike’s head and seat tube angles (by around 0.7°); we expect that to be the case on the new Reign seen here, too. 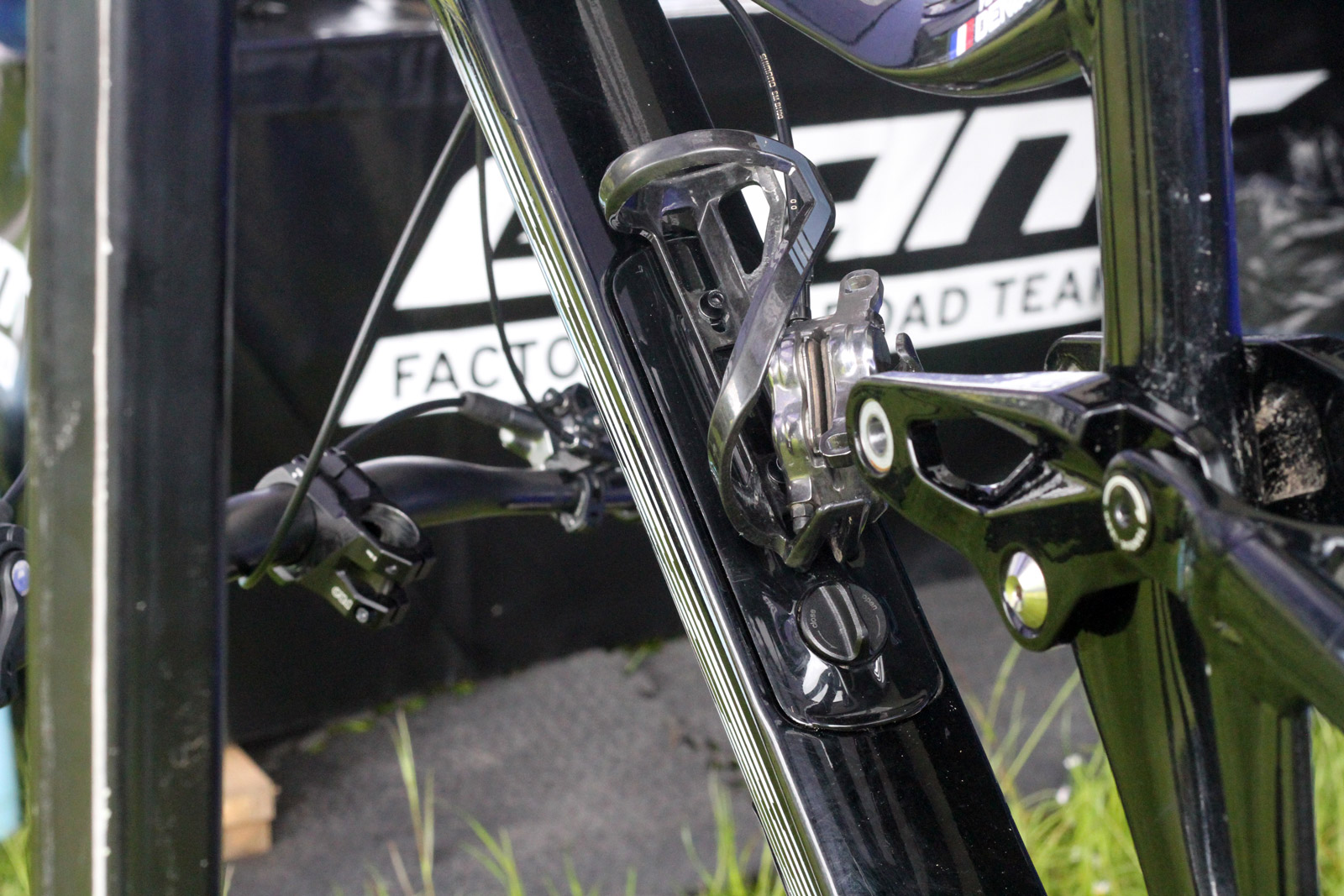 The second talking point is the addition of a frame storage box on the downtube. Again, this feature, with a very similar execution, is present on the 2022 Trance. I’m sure the Giant Factory Off-Road team will find this a welcome addition. 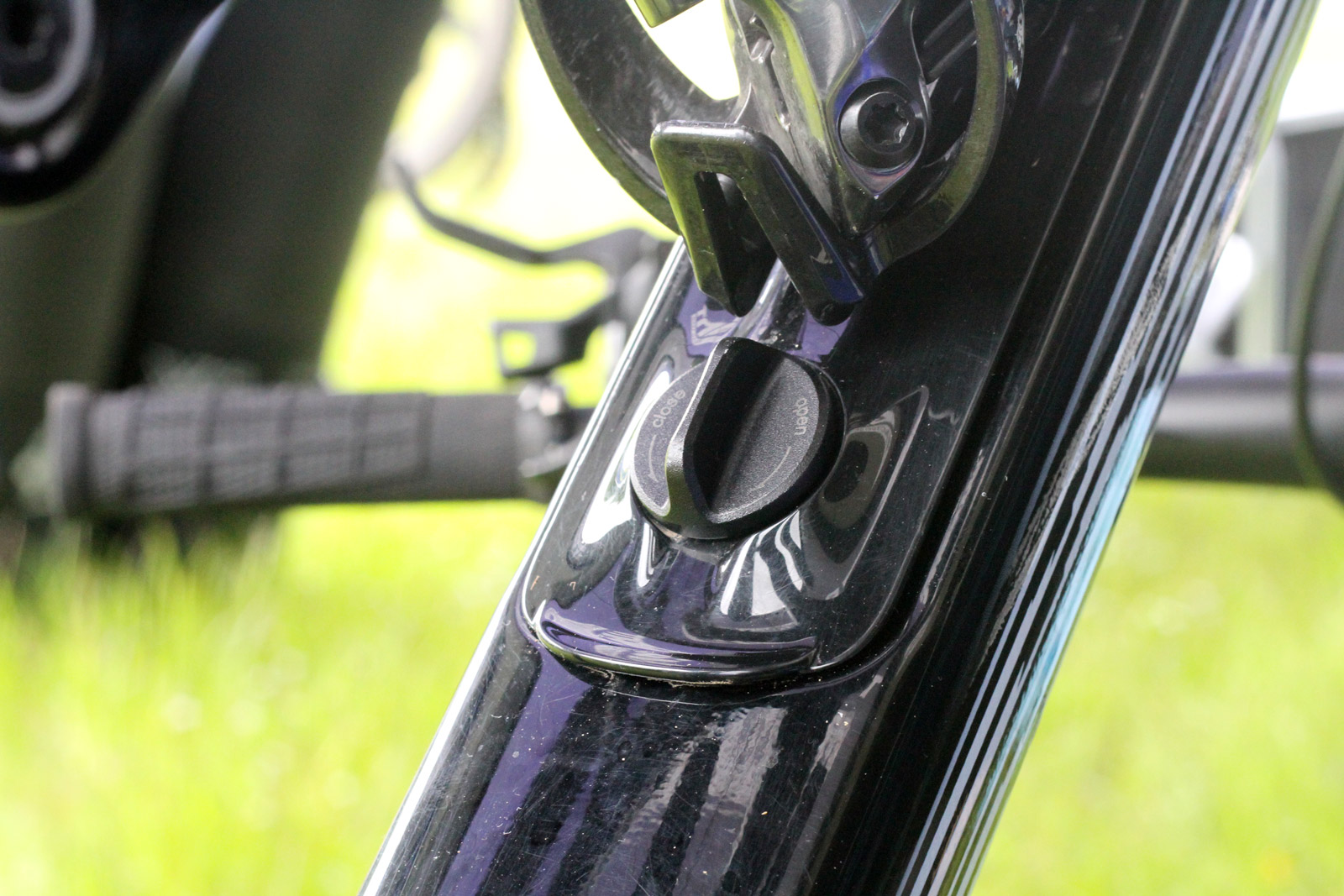 Not much more to say on this one just now. You’ll have more info when we do.

It’s simple, so you can run whatever size rotor you want or need.

I wasnt going to tell you why but – stiffness, adapters give a big chunk of stiffness.